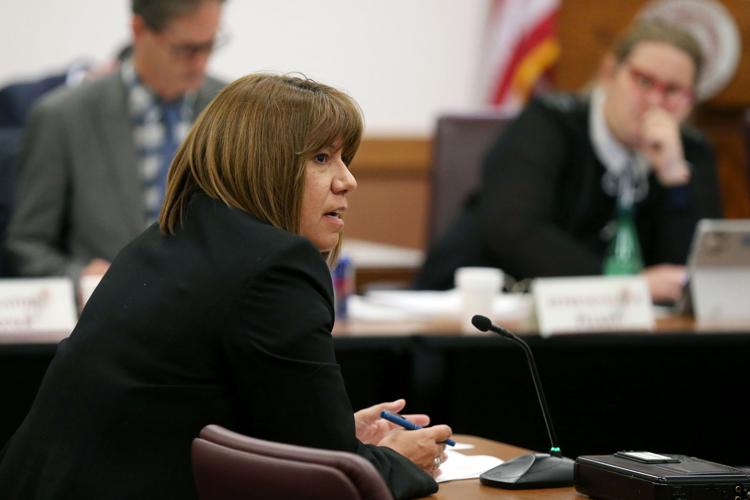 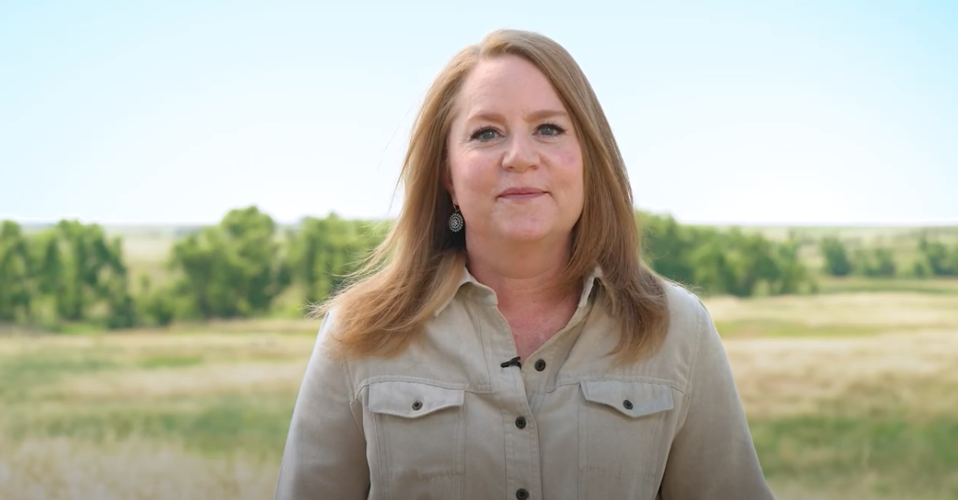 CHEYENNE – The state public defender has asked a judge to prevent Laramie County District Attorney Leigh Anne Manlove from speaking publicly about the case of a Cheyenne man accused of killing a toddler.

The motion for a gag order, filed Thursday by State Public Defender Diane Lozano and public defender Brandon Booth in Laramie County District Court, comes after Manlove spoke with the Wyoming Tribune Eagle for a May 11 story.

Manlove told a reporter that Wyatt Lamb, charged with first-degree murder and 10 felony counts of child abuse, “wants a plea offer that gives him an opportunity for parole, and I won’t do that.”

She says that she worried if she was no longer DA when Lamb’s case is ultimately resolved, her successor may give Lamb the chance to be released on parole after a period in prison.

Manlove is up for re-election in November, and her current term ends in January. She was elected in November 2018.

It was still unclear as of Friday whether she would run for a second term. The filing deadline is May 27 for state, county and municipal candidates who wish to be nominated through a party’s primary.

She is also facing a recommendation from the Wyoming State Bar’s disciplinary arm that she be disbarred. Formal complaints to the Bar and a subsequent disciplinary hearing alleged professional misconduct.

In their motion for the gag order, Lozano and Booth called the statements made by Manlove to the WTE “judgmental and inflammatory” because they “include the denigration of opposing counsel, implications of an admission of guilt of the defendant, improper argument of alleged facts and campaign posturing.”

“At the very least, misconduct should be addressed by the issuance of a protective order or ‘gag’ order on the ability of the district attorney to comment on this case to the press or make any extrajudicial statements,” the motion said. “The facts of this case and the positions of the parties should be made in open court with all parties present before this court.”

Other measures “seem extreme or are premature, such as preventing the dissemination of court filings, change of venue or closure of pretrial hearings,” the attorneys wrote.

When reached by phone Friday, Manlove said she did not have a comment on the new motion.

Bruce Moats, a Cheyenne public access attorney representing the WTE in the matter, gave this statement to the newspaper Friday:

“The Wyoming Supreme Court has ruled that the media serves as the ‘eyes and ears of the public.’ Unfortunately, Laramie County residents have busy lives and most often can’t be in the courtroom. To be sure the public’s right to know is heard in this matter, APG Media of the Rockies will object to the closure of the hearing on the motion to gag the district attorney. The newspaper is always concerned about cutting off legitimate sources of information on judicial proceedings.

“The closure of hearings, and the imposition of gag orders, are a serious matter that must be done only with great care. The public’s constitutional right to know what is happening in the courts must only be abridged in order to protect the fair trial rights of the accused, and when no alternatives are available.

“I will work with the offices of the (Laramie County district attorney) and (Wyoming State) Public Defender to determine how we can resolve these issues while observing the interests of all.”

Lozano and Booth also filed a motion Thursday asking that the hearing on the motion for the gag order be closed. They argued that discussing Manlove’s previous statements in open court would further harm their client.

“Further disseminating the statements in a public hearing will create a clear and present danger to (Lamb’s) right to a fair trial before an impartial tribunal,” they said.

Earlier this week, Lozano also asked the court to seal the motions requesting the gag order and a closed hearing to discuss the gag order, along with a motion for sanctions, which had yet to appear in the district court’s public records database as of Friday morning.

Lozano and Booth asked that the hearing on the motion for closure also be held in private.

At a May 9 hearing, Manlove objected to the defense’s motion to continue Lamb’s trial to February, in part because she argued the state had filed its notice of experts in December.

Her objection was “a complete change of course,” Lozano and Booth wrote in seeking a gag order, as Manlove had previously not objected to the proposed continuance of Lamb’s trial, although she’d requested it be held this November or December.

Sharpe granted continuance of the trial to Feb. 6.

In an interview about the hearing and the continuance, Manlove maintained she had also objected because she believes the decision to push the trial to early next year may privilege Lamb.

“I will not make a plea offer in that case, and Mr. Lamb wants a plea offer that gives him an opportunity for parole, and I won’t do that,” Manlove said in the May 10 interview. “So, the concern I have is, depending on how elections go, what if I’m not the district attorney and my (successor) agrees to give him parole?”

Manlove said that, for a 15-month-old case, she didn’t see much difference between her requested continuance to December and the defense’s request of the following February. She said she thought Lamb’s attorneys believe it’s in their client’s interest that Manlove is not DA when his case is resolved.

“They hope it’s somebody who will agree that he can have the possibility for parole, and I won’t do that, because this is a tortured, murdered 2-year-old who was thrown away like garbage, and the strength of the state’s case is such that there should never be a plea offer in this case that gives Mr. Lamb an opportunity to get out of prison,” the DA said by phone.

After an eight-day hearing this past February, the three-person panel appointed by a Bar board recommended Manlove be disbarred. The disciplinary case is ultimately in the hands of the Wyoming Supreme Court, which may not make a decision for several more months.

Lamb pleaded not guilty in August to first-degree murder, as well as to 10 felony counts of child abuse with injury.

The 2-year-old victim, Athian Rivera, was reported missing by his mother, Kassandra Orona, at around 1 p.m. on Feb. 19, 2021. His body was discovered around 3 p.m. in a dumpster just outside an entrance to Orona’s apartment, located in the 400 block of Desmet Drive.

A forensic pathologist determined the toddler died from brain swelling caused by blunt force trauma, restriction of oxygen or both, according to a probable cause affidavit.

Lamb was identified as a suspect in Athian’s death by the Cheyenne Police Department on Feb. 23, 2021. That is when CPD announced it had recommended charges of murder and aggravated child abuse against Lamb to the DA’s office.

Motion to have pleadings placed in confidential file

Order denying motion to have pleadings placed in confidential file

Motion to close hearing on motion for gag order

State Public Defender Diane Lozano has asked for a gag order to prevent Laramie County District Attorney Leigh Anne Manlove from speaking publicly about the case of Wyatt Lamb, who is charged with first-degree murder and 10 felony counts of child abuse.

The motion for a gag order, filed Thursday in Laramie County District Court, comes after comments Manlove made in an interview with the Wyoming Tribune Eagle about the Lamb case, which Lozano, in her motion, called "judgmental and inflammatory."