CHEYENNE – Across Wyoming, parents raising children struggle to pay for basic necessities like housing, food and health care. Released Tuesday, the Self-Sufficiency Standard for Wyoming 2020 report aims to measure just how much an individual needs to earn to support the most basic costs of raising a family.

Measuring a variety of factors, including child care, transportation and emergency savings, the Self-Sufficiency Standard provides a “deeper dive” in looking at economic sustainability, according to Megan Degenfelder, chairwoman of the Wyoming Women’s Foundation Board.

“It is very much our hope that policymakers, state agencies, employers, nonprofits and individuals can use the Self-Sufficiency Standard to become familiar with what the most current reflection of the needs of our communities are,” Degenfelder said.

The report, which resulted from a partnership with the Wyoming Women’s Foundation and Wyoming Council for Women, found that the lowest self-sufficiency wage in the state was in Uinta County. An adult in Uinta would have to make $16.22 per hour to support one preschooler, while an adult in the same situation in Teton County needs to make $29.70 an hour.

In Laramie County, an individual needs to make $18.40 an hour to meet the most basic family needs for one preschooler. If that individual had two children, one infant and one preschooler, the necessary hourly wage jumps to $24.02, more than three times the $7.25 federal minimum wage. 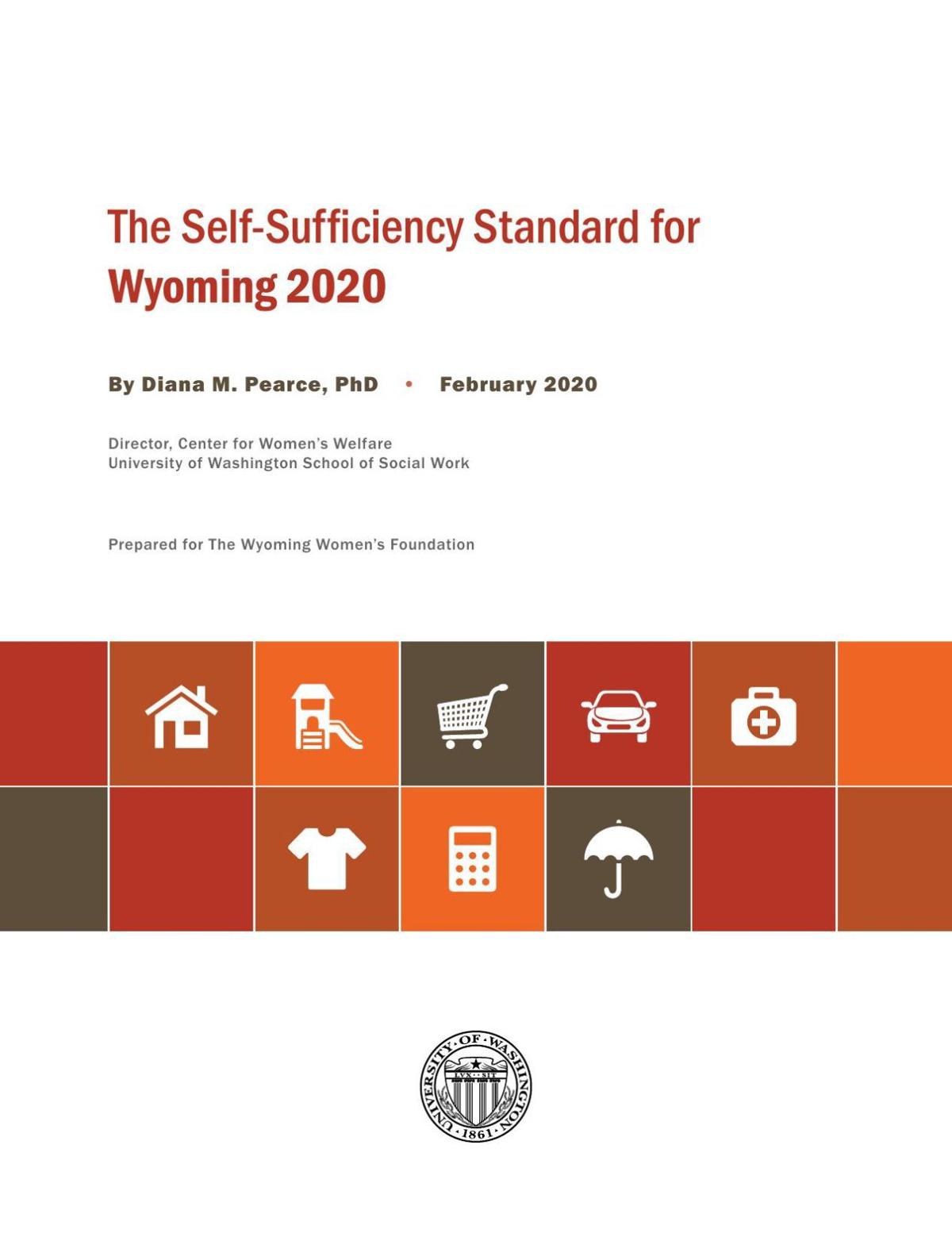 “Those figures were sobering,” Rep. Cathy Connolly, D-Laramie, said at a Tuesday morning news conference at the state Capitol. “There is not one county where a family can survive on minimum wage.”

The ability to earn higher wages and become more self-sufficient, however, has a number of barriers in itself, according to Wyoming Council for Wo- men Chairwoman Jennifer Wilmetti. Education and job training are difficult to acquire for kids who come from families with limited financial resources.

“Self-sufficiency applies to more than just adults,” Wilmetti said. “It’s the ability to plan for the future.”

And the ability for parents to be self-sufficient allows more opportunities for their children to succeed.

As a high school teacher, Wilmetti witnessed firsthand the struggles that youth have when they come from a family with fewer financial resources. One of her students, whom she called Casey, was living in a trailer with her boyfriend, working full time as a server outside of school hours to make ends meet. Her plan was to finish high school and start at a community college, until she was denied financial aid for tuition.

After confiding in a fellow teacher, school staff were able to assist the student in securing the financial aid she needed. Days after finishing college, the woman started teaching at an elementary school.

But Wilmetti posed the question – what happens to the students who fly under the radar? For every story of struggle that’s in the light, there is at least one other story “hiding in the shadows,” Wilmetti said.

According to a 2018 report from the Wyoming Community Foundation, Laramie County has the fourth-highest percentage in Wyoming of children in single-parent households at 32%.

A number of organizations exist to support these women, including Build Mothers, Build the World, which helps cover the cost of rent and child care. Those two areas alone cost about 50% of an individual’s monthly income. But a wage gap persists, as do barriers to additional education. The foundation’s report found 10% of all births in Laramie County are to women with less than a high school education.

Wilmetti said a number of private and public partnerships exist to help individuals in these tough situations, but the data from the report can be used to strategically address more of these problems.

“We can use this information to make positive changes that will allow more people like Casey to be able to navigate that path toward self-sufficiency,” Wilmetti said. “To the government leaders and policymakers here today, I challenge you to use this data to help guide you in the weeks and months ahead.”

To determine how much income is required to meet your basic needs, you can use the Self-Sufficiency Calculator at wywf.org/self-sufficiency-calculator.