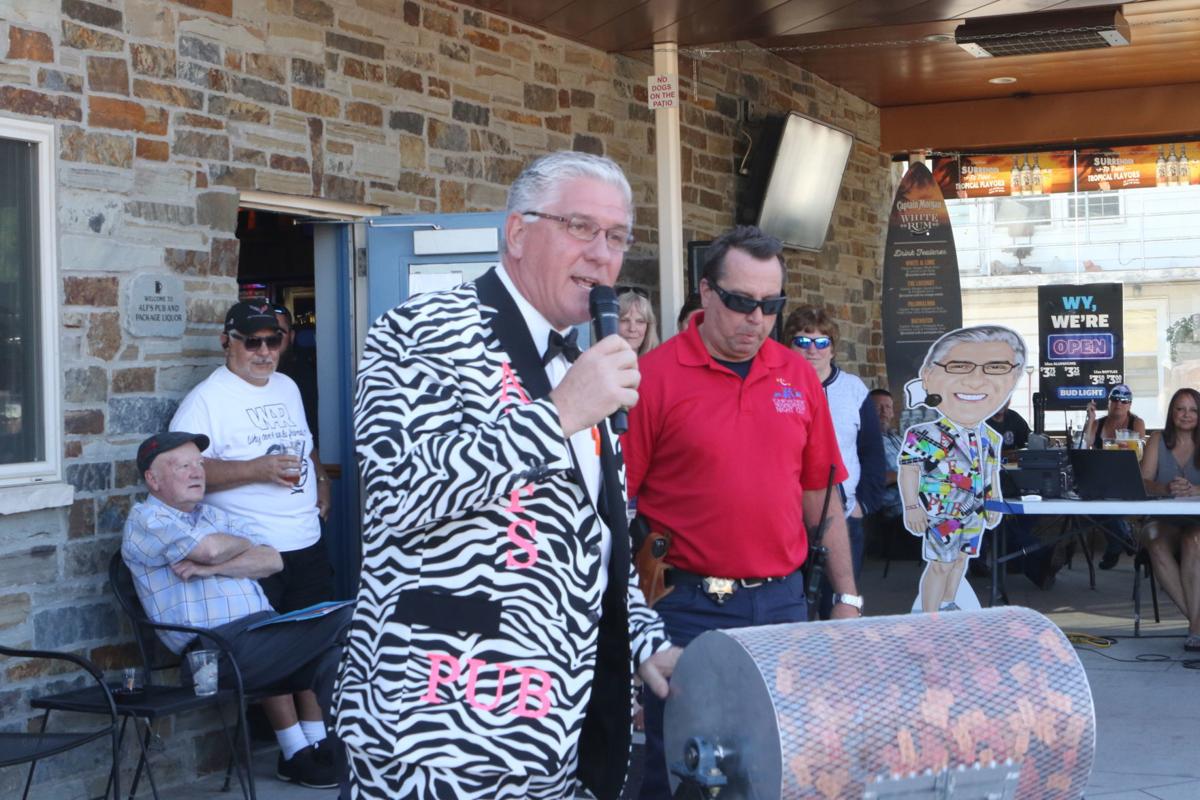 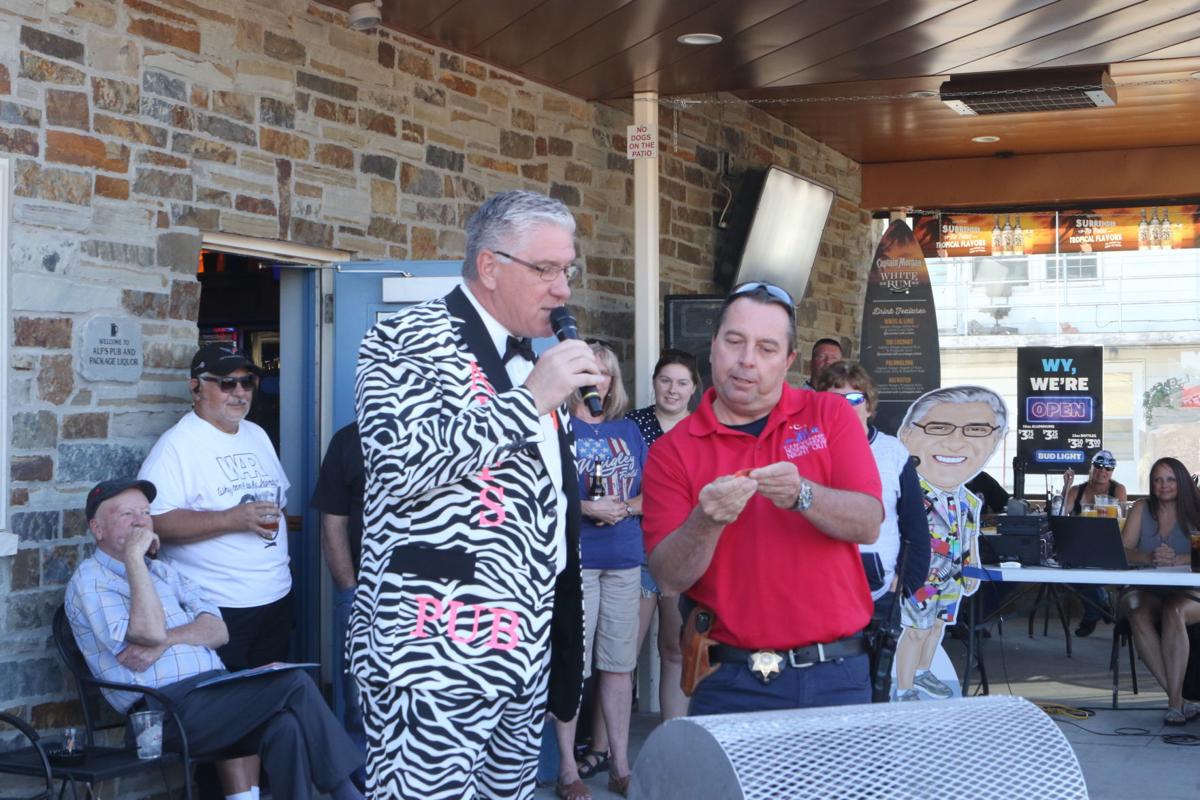 CHEYENNE – All good things must come to an end, and that’s what happened Wednesday at Alf’s Pub.

Corey Loghry and Bryan “Alf” Grzegorczyk started Small Businesses Heart of Cheyenne on April 18 after Loghry was inspired by the crowd who came out to support Dad’s Donuts and the Boys Brew. To keep that support going, the pair started livestreaming from a different local business every day via their Facebook page, giving a voice to the business owner and encouraging the community to shop local.

The original intention was never to raise or give out money, Loghry said, but that quickly became part of it when Grzegorczyk’s Thankful Thursday sponsors agreed to put $10,000 worth of donations toward the initiative. Then local businesses and residents alike started donating, and the duo began handing out $200 to every business they visited.

Now, two months and 153 business visits later, $70,000 has been raised and donated to businesses challenged by COVID-19.

“Our initial goal was to try and spotlight businesses and put a story with a business. That personalization really resonates with people,” Loghry said. “So we asked on Facebook, ‘Could you benefit from such spotlighting?’ and within a few hours we had 200 yeses.”

Wednesday night, Small Businesses Heart of Cheyenne hosted an “It’s a Wrap” party to commemorate the end of the business tour with Grzegorczyk and Loghry. But the duo said the event actually marked a new chapter, because they’re passing the baton on to other community members and organizations that want to do their part.

One of those organizations is Leadership Cheyenne, which announced at the event it will give a large portion of the money raised at its Boo Ball on Oct. 24 to the same fund Loghry and Grzegorczyk started.

“It was above and beyond any of our expectations,” Grzegorczyk said of how the program turned out. “It was neat to see the businesses accept challenges from other businesses and have people call us up and say, “Here’s $500” … (we got) donations anywhere from $10 to our biggest one was $3,000, but we didn’t post the dollar amounts because every dollar matters.”

Loghry also expanded the initiative to organize the June 20 Summertime On The Streets event with the Downtown Development Authority, helping many of the businesses she and Grzegorczyk weren’t able to visit on their tour.

“About 54 businesses were participants in that event, and almost everyone said either financially it was a record or near record, and as a bonus they had people who had never been in their stores before,” Loghry said.

The “It’s a Wrap” party drew a large crowd to the pub and included live music, food trucks and many thank-you speeches to sponsors and other supporters. Representatives from both the Garbage Guys and Cowboy Joe also got on the mic to announce donations of $5,000 and $2,750, respectively, to the small business fund.

The big finale for the event was the Big O Car Giveaway, and out of the nearly 700 raffle tickets sold, Justin Moore’s ticket was chosen for the 2011 Hyundai Santa Fe donated by Big O Tires. Moore kept the philanthropic spirit of the event going by announcing he will donate the car to one of the Thankful Thursdays nonprofits that could benefit from having a vehicle to use for its daily operations.

“I just wanted to (buy tickets to) donate to help the small businesses. It’s tough enough in this environment to make it in Cheyenne … then we can give this to a charity that could use this vehicle now, that’s my wish,” Moore said.