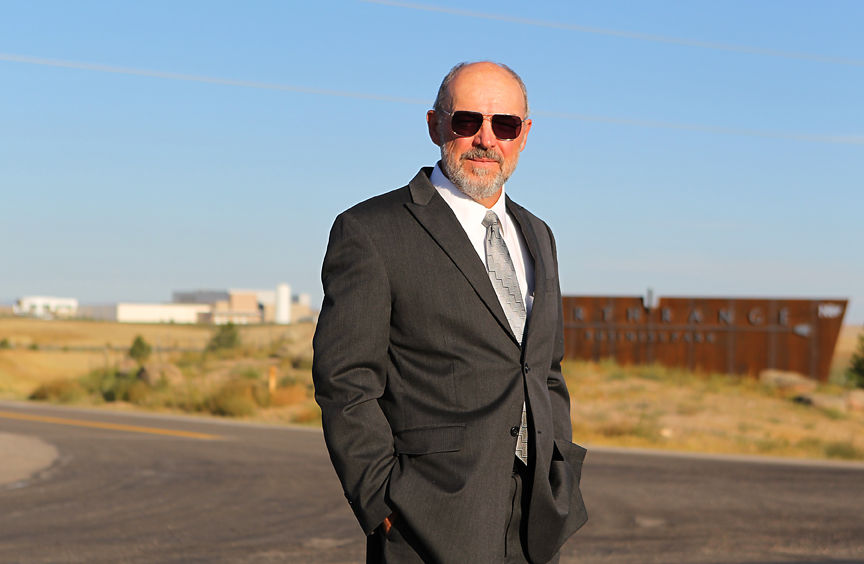 Randy Bruns, Cheyenne LEADS CEO, announced Wednesday, Aug. 21, 2019, he intends to retire in April 2020. Bruns has been at the local economic development agency for the past 20 years. File

Randy Bruns, Cheyenne LEADS CEO, announced Wednesday, Aug. 21, 2019, he intends to retire in April 2020. Bruns has been at the local economic development agency for the past 20 years. File

CHEYENNE – Firearms manufacturer Stag Arms announced Monday it will relocate to Cheyenne by the end of the year from its current headquarters in New Britain, Connecticut.

The business will be located in the Arundel Building, 7052 Commerce Circle, in the Cheyenne Business Parkway, east of Sierra Trading Post.

Stag Arms manufactures AR-style rifles and pistols, and is known for creating a left-handed AR-15 sporting rifle. Right now, the company employs between 15 and 20 people, according to recently hired President Chad Larsen, but he said they hope to expand to between 60 and 70 within the next several months after they complete their move.

Most of the new positions will be in customer service and sales, Larsen said.

“We’re looking forward to expanding and getting back to our roots of what made Stag a great company in the early years,” Larsen said. “We’re excited to move to Wyoming and start hiring people out there.”

According to a news release from Stag Arms, the company’s board of directors completed a nationwide site search for their new headquarters before choosing Wyoming’s capital city.

“Cheyenne came out on top on most of the individual criteria, and considering our requirements as a whole, it was by far the superior site,” Elie Azar, founder and CEO of White Wolf Capital LLC, which owns a controlling interest in Stag Arms, said in the news release. “Not only is Wyoming an incredibly hospitable place to do business, it is also a top destination for outdoor recreation, including hunting and shooting sports, which reflects its citizens’ unwavering support for the Second Amendment.”

Gov. Mark Gordon also issued a statement about the company’s move to Wyoming.

“I am pleased to welcome Stag Arms to Wyoming and to know that our state came out on top of a broad look at potential new homes for the sought-after company,” the release quoted Gordon as saying. “We have a deep-seated commitment to the Second Amendment that I will continue to uphold.

“Ultimately, Stag Arms had to make a business decision, and I believe this announcement is an affirmation that Wyoming is continuing to cultivate a culture that allows private enterprise to flourish. My administration will work collaboratively with the Wyoming Business Council and Cheyenne LEADS to ensure Stag’s move goes smoothly. I thank Stag’s Board of Directors and Chad Larsen for selecting Wyoming.”

“We were able to provide some initial occupation costs – their cost of moving into that facility,” Bruns said. “We were able help lower those costs in the early months of their being here to help offset their expenses of starting up here.”

Bruns noted Cheyenne LEADS puts a priority on working with companies that want to move their headquarters to Cheyenne.

“We’re very pleased to have headquarters functions here,” Bruns said. “Having management locate here is always at the top of our list, so we’re very pleased about that aspect of the announcement.”

In addition, Larsen addressed news reports from 2015, including an article from the New York Daily News, that stated the company pleaded guilty to a felony count of possession of machine guns not registered to the company, and former president and owner Mark Malkowski pleaded guilty to a misdemeanor count of failure to maintain proper firearm records.

Stag Arms, as well as Malkowski had to pay a fine, and Malkowski agreed to sell the company and have no further ownership or management role in a gun manufacturer.

“It was all records keeping,” Larsen said. “The way they kept their records that give notifications to the ATF on the firearms was antiquated and not adequate. The previous management was given several warnings and opportunities to work with the ATF for several months, and they chose to either ignore it or just didn’t know how to do that. We work very, very well with ATF now, and make sure all our compliance systems and software are up to date.”

Elizabeth Sampson is a freelance journalist living in Cheyenne who has more than 12 years of experience. She can be reached by email at esampson78@gmail.com.

For more information on upcoming job openings at Stag Arms, visit the company’s website at stagarms.com, click on the company tab and scroll down to careers. When the company is fully moved to Cheyenne, job listings will be posted there.