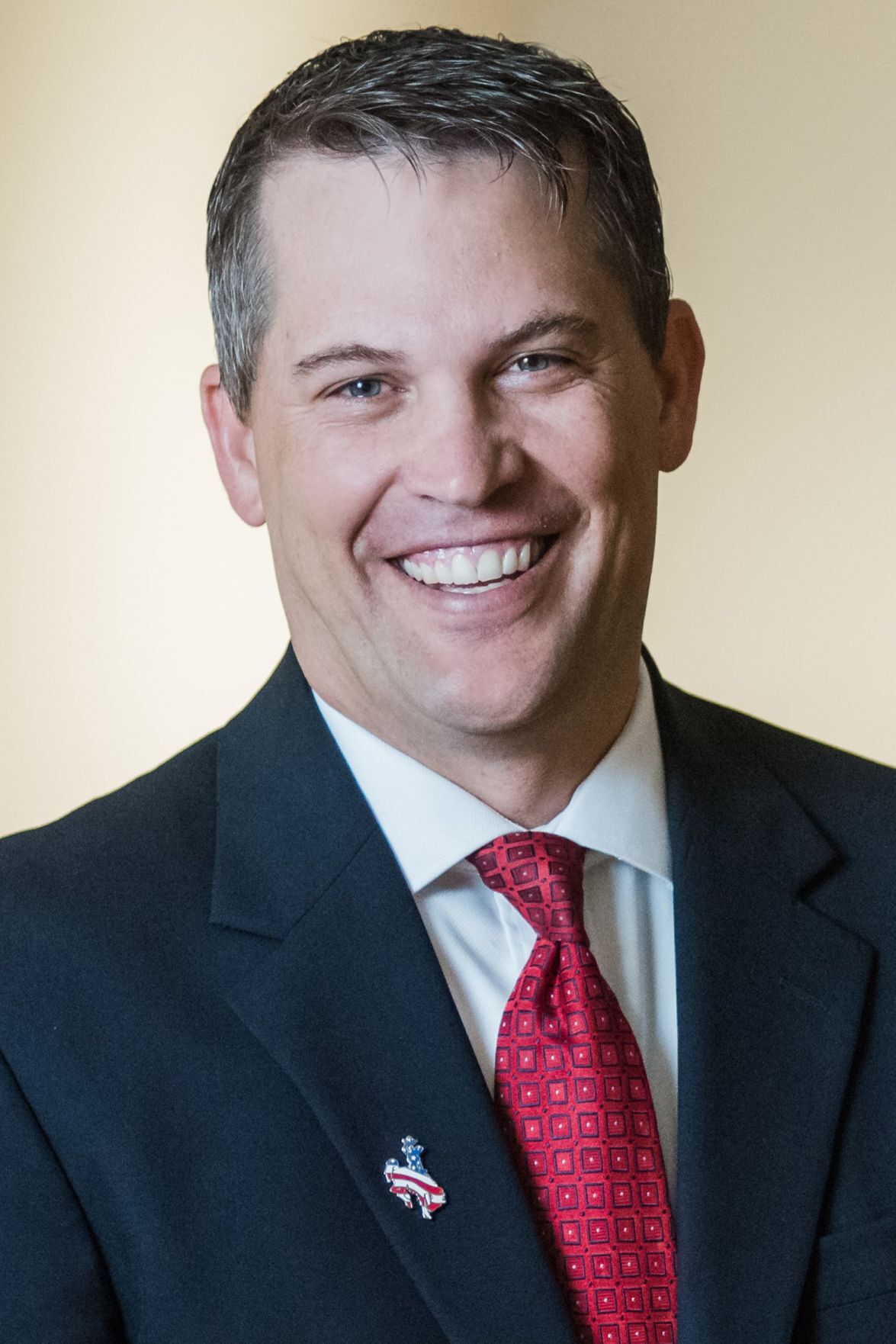 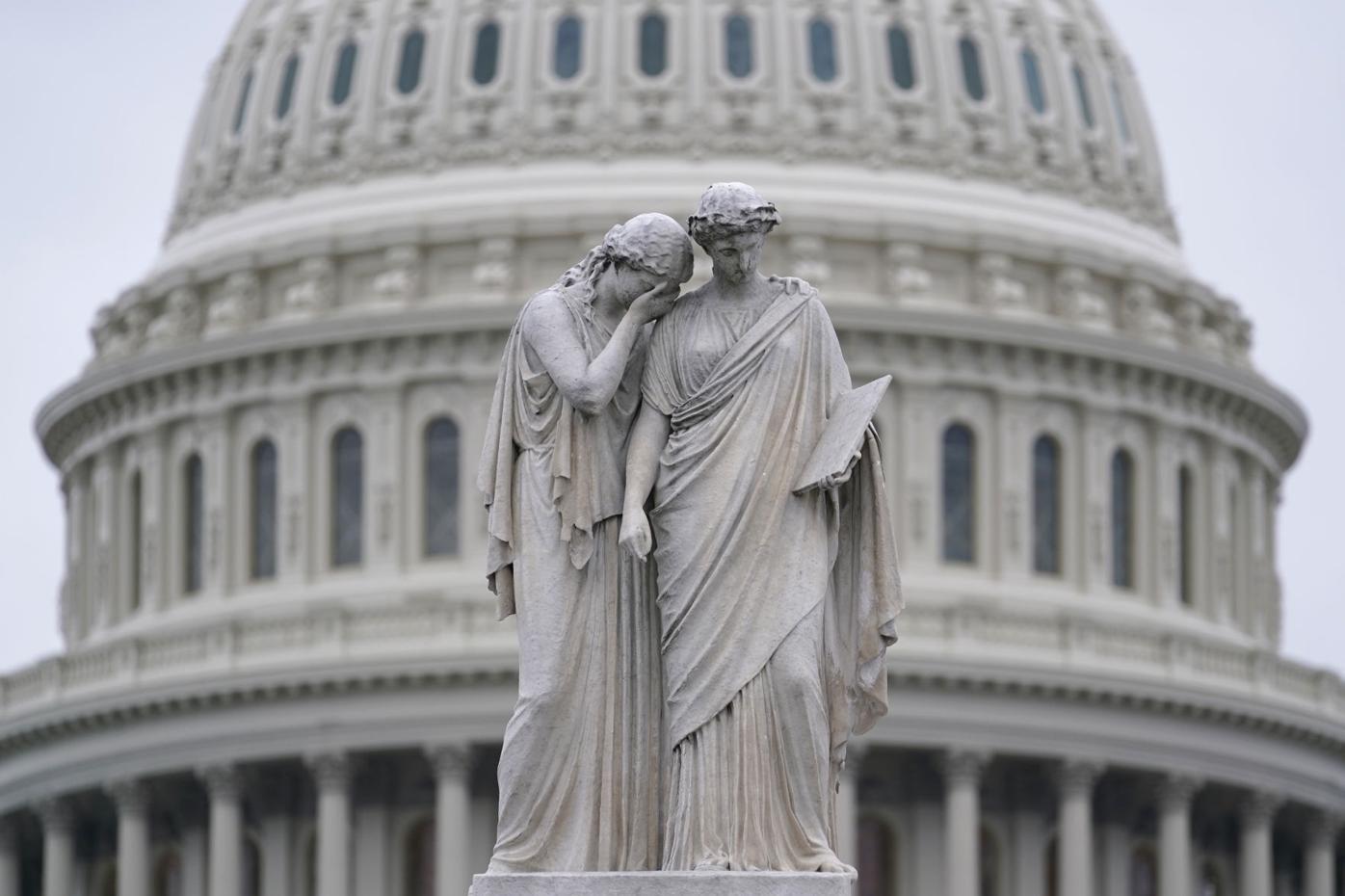 Jan. 20, 2017 was one of the most meaningful days of my life. I had the incredible honor to attend Trump’s inauguration.

As the chairman of the Wyoming Republican Party, and as a member of the Republican National Committee at that time, I was able to be right at the U.S. Capitol steps and watch as the Chief Justice of the U.S. Supreme Court held the Bible, and Donald Trump took the oath of office and became President of the United States. As this happened, I thought of all the presidents throughout history that had gone through this same constitutionally envisioned moment.

I remember watching as President Obama stood there with President Bush and President Clinton and participated in this nonviolent, civil, honorable transition of power. When the canons went off announcing the new president, a chill went down my spine, and the hair stood on the back of my neck. No matter what you think of Donald Trump or Barack Obama, I understood that what I was witnessing was a miracle. That the peaceful transition of power based on our constitutional democracy was perhaps the greatest blessing that America gave to our world. To be there in person and witness that event was sacred to me.

Decades prior, in the early 1990s, while overseas, I saw the aftermath from a failed coup attempt in another country. It was real, but a world away. I remember the overwhelming feeling of gratitude that I belonged to a country that would never have to deal with this type of turmoil. That I was from a place that respected the rule of law and respected elections. That America was different.

Or so I had thought.

As I watched the events unfold on Jan. 6, 2021, and watched rioters take over our own Capitol, I was overwhelmed with emotion. The videos of seeing hundreds of my fellow Americans chant over and over “Hang Mike Pence,” or rioters beating a cop with the American flag and reading about the murder of another police officer with a fire extinguisher are images that are burned into my mind forever.

I had to fight back tears as I thought about what was happening to our country. I came to realize how fragile the miracle of our American democracy and our peaceful transition of power really is. It is not something that is just given to us as our birthright as Americans, but something that must be carefully nurtured and protected.

Since those tragic events on Jan. 6, I have seen far too many downplay what happened or blame the other side or spew whataboutisms. Those sentiments probably break my heart more than anything else. I have heard people lament, “It’s just a building,” or “it’s the people’s house.”

It is more than just a building. Since 1800, the United States Capitol has stood as a beacon of freedom to the world. A representation that America was and is different. That although democracy is fragile, in America, it is strong. For the first time in its 120-year history, the steps of the Capitol were stormed and attacked by its own people. The implications cannot be downplayed. You can (and should) be both conservative and outraged at this assault on our democracy.

Truth time, folks. Everyone. You and I are accountable for what we say. Period. We all have to stop inflaming. Stop the spin. Stop the spouting. Just stop it. Talk the whole truth. So, here are a few simple truths. Donald Trump lost the election. I can go through line by line and unfounded allegation by unfounded allegation if you want, but hopefully a couple of examples will be enough.

Let’s start with Pennsylvania. The Third Circuit is the federal court just below the Supreme Court. Judge Bibas, a Trump nominee and very conservative judge on the Third Circuit, said this in his formal order deciding the election lawsuit: “Free and fair elections are the lifeblood of our democracy. Charges of unfairness are serious. But calling an election unfair does not make it so. Charges require specific allegations and then proof. We have neither here.” It is worth reading the entire 21-page unanimous decision. Yes, unanimous.

Let’s move to Wisconsin, where Judge Ludwig, yet another federal court judge who is extremely conservative and was nominated by President Trump, concluded: “Plaintiff’s [Trump’s] electors claims fail as a matter of law and fact. The record establishes that Wisconsin’s selection of its 2020 Presidential Electors was conducted in the very manner established by the Wisconsin legislature … This Court has allowed plaintiff the chance make his case, and he lost on the merits.” Again, I recommend reading the entire decision.

These are just two examples. Over 60 judges have entered orders just like the two I quote. Team Trump lost over 60 different court cases. That is the truth.

Perhaps the most appalling part of this entire episode is how differently the Trump attorneys talked to the press and how they talked to the court. Judge Ludwig gave the Trump attorneys a complete opportunity to present evidence of all their wild stories. Instead of presenting evidence and bringing in witnesses and proving their case, the Trump team entered into an agreement with the State of Wisconsin about all the facts in their case. They did not even try to put on evidence. In the process, admitting that there was no fraud.

Similarly, in Pennsylvania, Rudy Giuliani multiple times told the court directly that they were NOT alleging fraud. Here is the deal: when you lie to the court, you go to jail. When you put someone on the witness stand, they are subject to perjury laws and must submit to cross examination. For Rudy Giuliani and others to say the things they did to the media and completely concede in the courts is perhaps the single biggest portrait in cowardice I have ever seen.

So, where do we go from here? For Republicans, first we have to admit Trump lost. Second, if you are trying to blame antifa or downplay what just happened, just stop. Protect democracy by truth. Stop the destructive-ism. Get back to our belief in conservative principles of states’ rights and the separation of powers.

As for the left, you also have a role to play in this. If you think leftist radicals are not capable of this type of behavior, you are willfully casting a blind eye to your own problems. I am not trying to paint a false equivalent here. I just want to point out that people of goodwill from every walk of life have got to stop this madness.

I’m speaking the truth – and asking you to join by speaking truth by facts and facts alone. The fact-mirror we hold up – to ourselves, our parties, our state, our electeds and their staffs – is literally vital to the continuation of America as we know it. If we want to secure our American democracy and pass this incredible, yet fragile, miracle on to our next generation, it takes all of us. We all need to reevaluate our actions, and I put myself at the top of that list.

Matt Micheli is a Cheyenne attorney, a longtime political consultant and former chairman of the Wyoming Republican Party. Email: Matt_Micheli@yahoo.com.