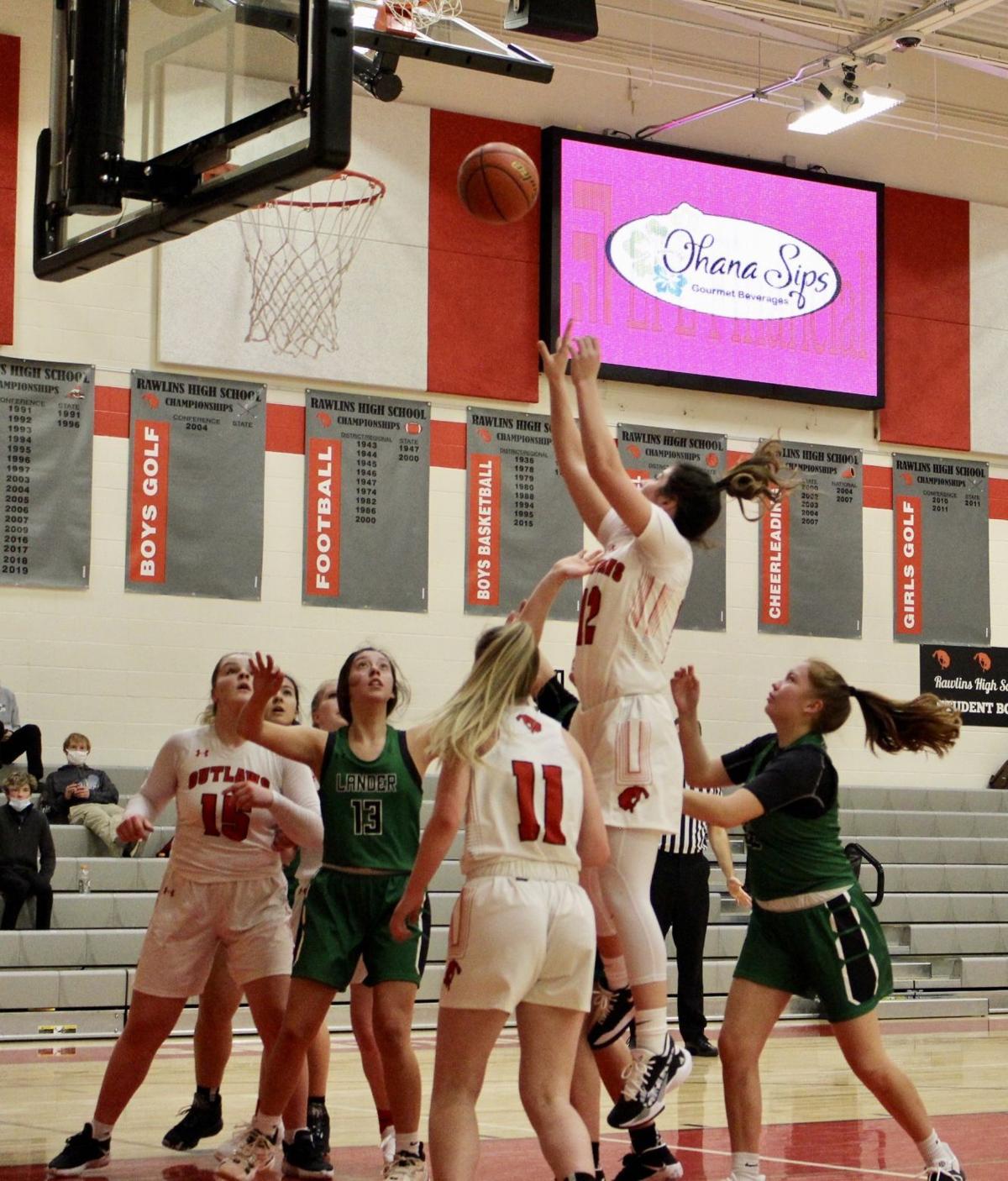 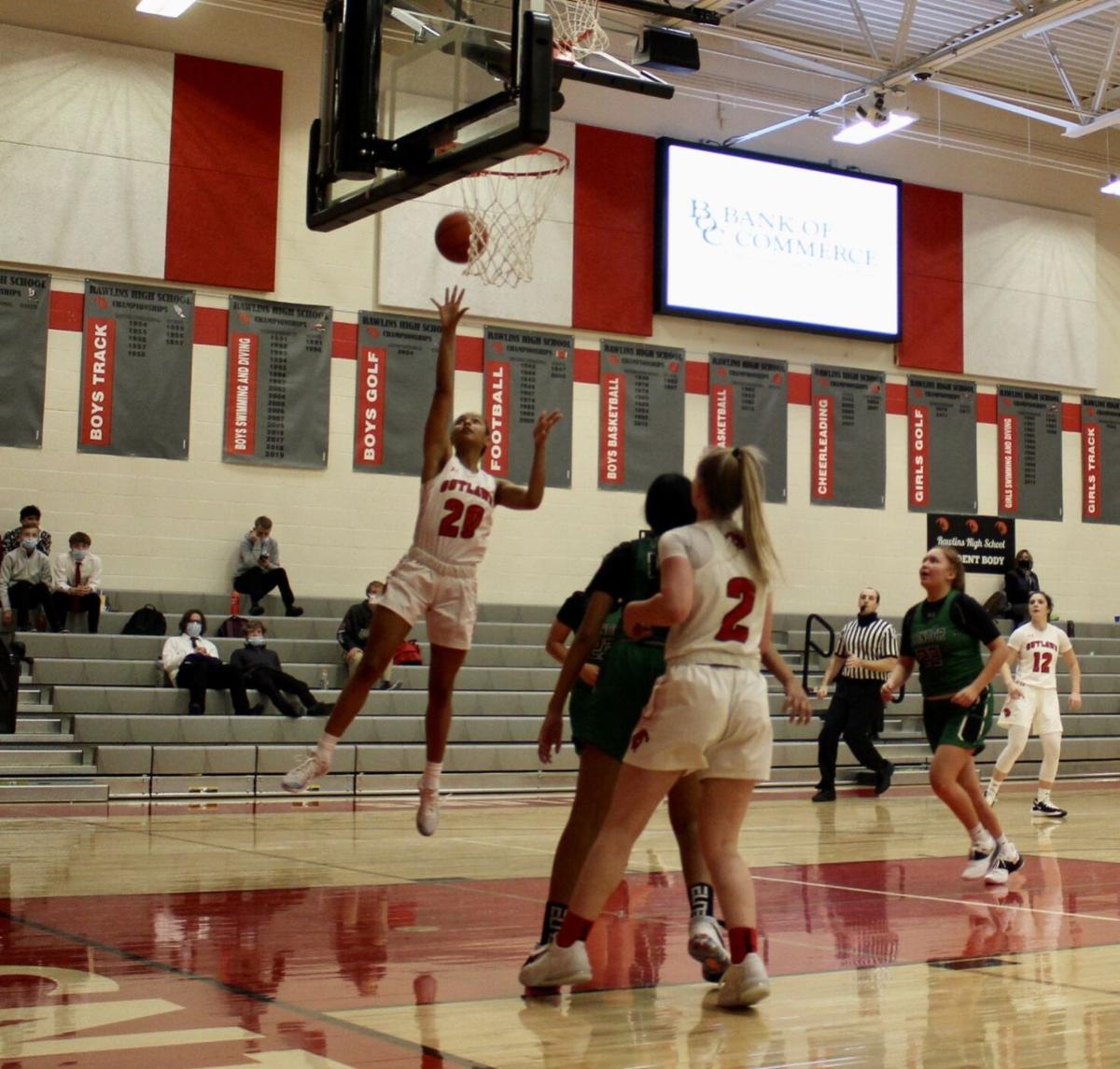 Aliya Edwards takes a shot on Friday afternoon in the RHS gymnasium where the Outlaws took on the Lander Valley Tigers.

Aliya Edwards takes a shot on Friday afternoon in the RHS gymnasium where the Outlaws took on the Lander Valley Tigers.

For the first time in the 2020-2021 season, the Rawlins High School girls basketball team played on its home court. On Friday in the RHS gymnasium, the Outlaws played host to the No.4-ranked Lander Valley Tigers. Despite the home court advantage, the Outlaws fell to the Tigers 52-38.

The first quarter the Outlaws found themselves trailing early on. They would finish the first eight minutes of play behind 16-7. Head coach Katie Cline noted they had a slow start and had to try and find a way to dig out of a hole.

“There were probably some first home game jitters and shaking off some dust after the break,” Cline said. “We just looked a little tense and couldn’t get the ball to drop.”

The second quarter closed out with the Outlaws trailing 26-14.

Adding to their troubles, the Outlaws’ varsity starters got into foul trouble early on, putting Cline in a position to have to lean on her younger players more than usual to keep the game within reach. A challenge, she said, her younger players rose to.

“We got into foul trouble early, but our younger players stepped up and kept us within reach, but ultimately we couldn’t overcome our early deficit.”

After three quarters, the Outlaws were behind 42-24. They were able to make up a bit of ground in the final quarter to pull the game within 14 before the final buzzer sounded.

The final score aside, there were definite bright spots in the Outlaws’ performance. From the free throw line, the team shot 81%, a big improvement from earlier in the season. Additionally, they forced 21 turnovers, proving their defense is on track.

“We need to work on doing something with those turnovers to create some more offense,” Cline said. “We also need to focus on helpside defense rotating over and ball reversals on offense. This team is going to keep growing and improving and believing in the process because in the end all of that will pay off.”

Cline and her team are now preparing to take on 4A Laramie on Friday, Jan. 15 in Laramie. They will be back at home against 3A Newcastle on Saturday, Jan. 16 in the RHS gymnasium.