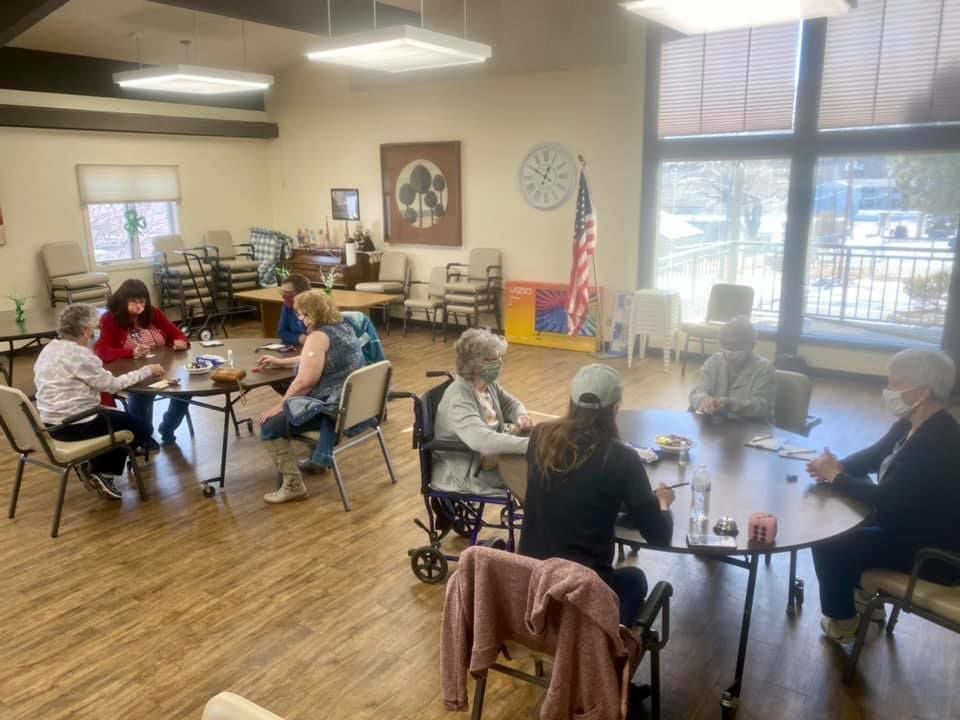 Senior citizens are once again able to gather together at county senior centers. 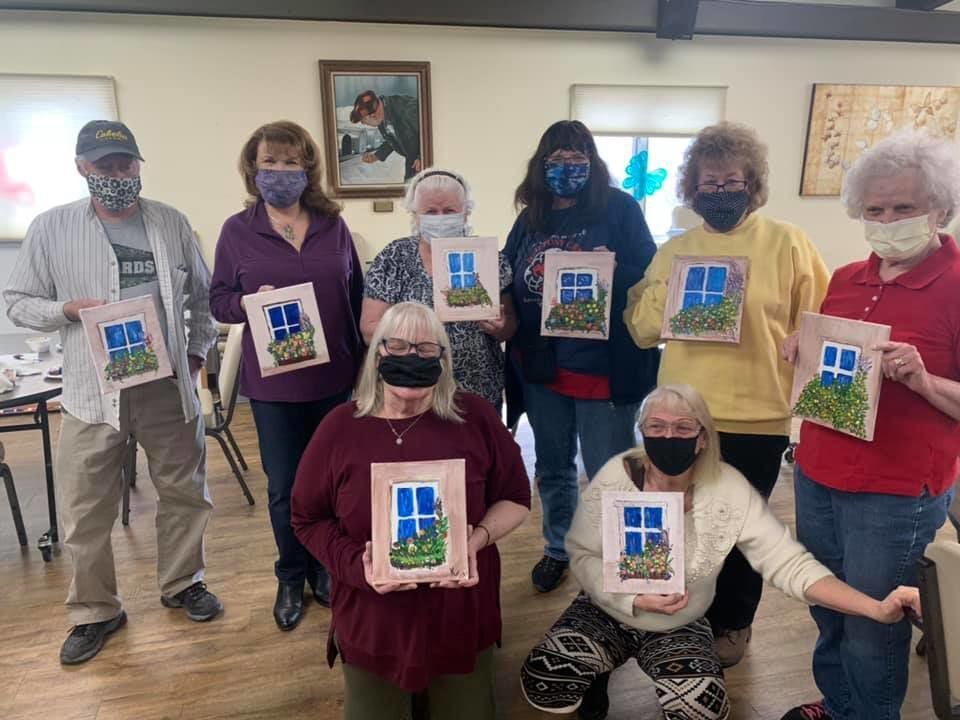 Senior citizens at Carbon County participated in an art class. 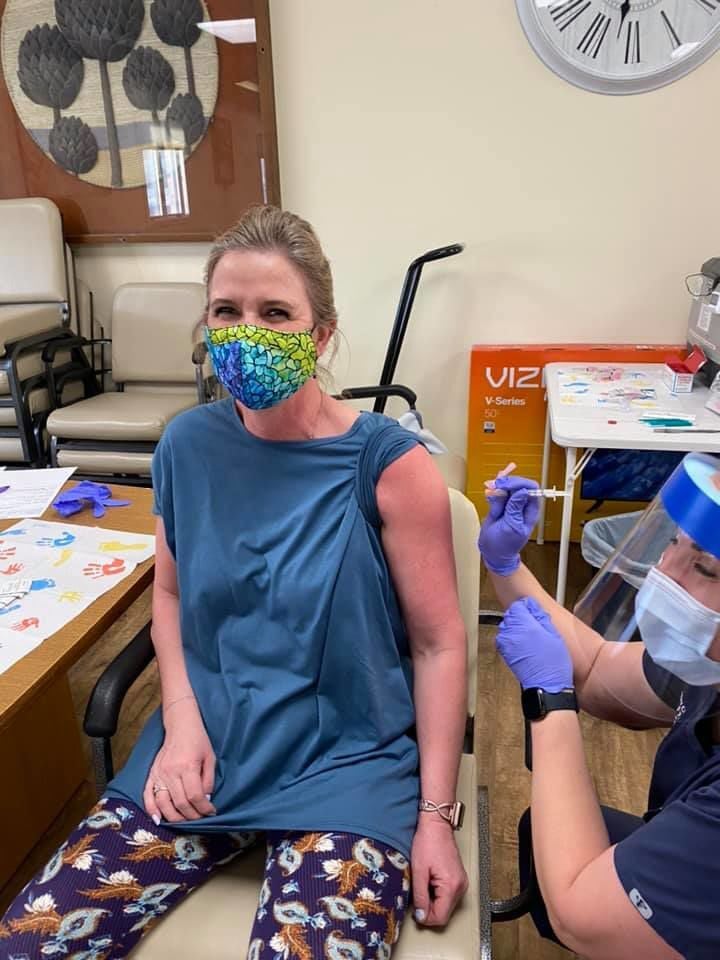 Senior citizens are once again able to gather together at county senior centers.

Senior citizens at Carbon County participated in an art class.

On March 17, 2020, Carbon County Senior Services Inc. (CCSSI) was forced to close its buildings to visitors in response to the threat of COVID-19. For an organization that provides meals, activities, and social outlets for the community’s senior citizens, this was a difficult decision. But because they serve the highest risk population, it was also necessary.

“We had to think outside the box and really pivot our programming,” said Lisa Engstrom, executive director of CCSSI. She said that they began offering curbside pickup and increased home delivery, which was something they were not able to do before due to their grant stipulations.

She explained that the grant for their nutrition programs stressed the importance of the social aspects of a meal program, and so curbside delivery was not an option. Home delivery was limited to qualified seniors. The pandemic resulted in flexibility in the program to ensure that people would not miss meals.

“At first, it was a little stressful. March and April of 2020 were pretty rough,” said Kelly Morrell, administrative coordinator for CCSSI. She noted that for some of their clients, the senior center meal is the only meal they eat all day.

“We updated our home delivery services for meals. Usually home delivery is a kind of wellness check to make sure people are ok,” Morrell said.

She explained that this had to change with the new social distancing restrictions. They had to let people know that they couldn’t do the usual face-to-face contact. While difficult, it was necessary to ensure the safety of their clients.

“This was something that caught us all off guard. Everything got turned upside down. At first, it was really chaotic and unnerving,” said Lisa Howell, the bookkeeper for CCSSI.

She said that employees weren’t sure what new information would come out from one day to the next. It was difficult to have their routines pulled out from under them.

“We made sure to stay in contact with people. We started calling people and checking in on them,” Engstrom said. She added that they figured out different ways to do activities.

Her staff spent many hours putting together do-it-yourself craft kits and puzzle packets full of crosswords and Sudoku that they would deliver or offer for pick up.

Many seniors learned how to use their smart phones more, and signed up for social media to stay in touch. Everyone got creative about how to stay engaged.

“A lot of community members offered to volunteer to go to the grocery store for people,” Engstrom said. “We had incredible volunteers during this time, whether it was monetary or donating time. I just can’t thank the community enough for their support.”

“It was a natural fit because they started vaccinating seniors first,” Engstrom said. She said that the vaccination clinics were busy, and also incredibly rewarding and fun. She saw people come in and reunite with friends they hadn’t seen for months. The clinics offered an opportunity to reconnect.

“Some people were nervous about being out, but some people were elated to see other people,” Morrell said. As vaccination efforts continued, she said that she could see people come out of their shells again.

“It reminded me a little of Black Friday. We had people lining up outside our doors before opening,” Howell said, adding that it was great to see people come out to receive their vaccination. She wasn’t sure how many people would be clamoring to get it, and was pleased in the overwhelming interest.

“Public health, the hospital, and all the volunteers have done an outstanding job,” Engstrom said.

In February 2021, after vaccinations started rolling out across the state, Carbon County senior centers began opening back up.

“We still have our mask rules in place, but we are back open and offering dine-in and many in-person activities again,” Engstrom said.

“We saw a lot of people who really suffered because they’ve been stuck at home. Some people visibly deteriorated,” Morrell said. For Morrell, witnessing that drove home how important the senior center program is for the community.

People were not being nourished, and it was hard to watch. She said that when clients started coming back into the center for meals and activities, they could see their demeanor completely switch. There was a visible improvement in peoples’ mental, physical, and emotional states.

“It’s so great to be back open! We love our people, and it was really hard not to see them,” Morrell said. She added that, while they aren’t out of the woods quite yet, the community can see the light at the end of the tunnel.

Howell also noticed a decline in many of their clients. When the centers opened back up, she saw many people bounce backs almost instantly.

“It’s been really uplifting for us to see people again. It was a sad and lonely place here for a while,” Howell said. She said that it was a relief to hear people laughing and cheering in the building again.

Among Carbon County senior center employees, there was a resounding and overarching sentiment: It was an extraordinarily difficult year.

“It also took a huge emotional toll on us. I’m watching us bounce back, too,” Howell said.

For Engstrom, one of the biggest lessons she learned after the year was, “Don’t give up.” There were always ways to adapt.

She added that the CCSSI employees have also done an outstanding job, and that she is incredibly grateful for their hard work, determination, and creativity during a difficult and unprecedented year.