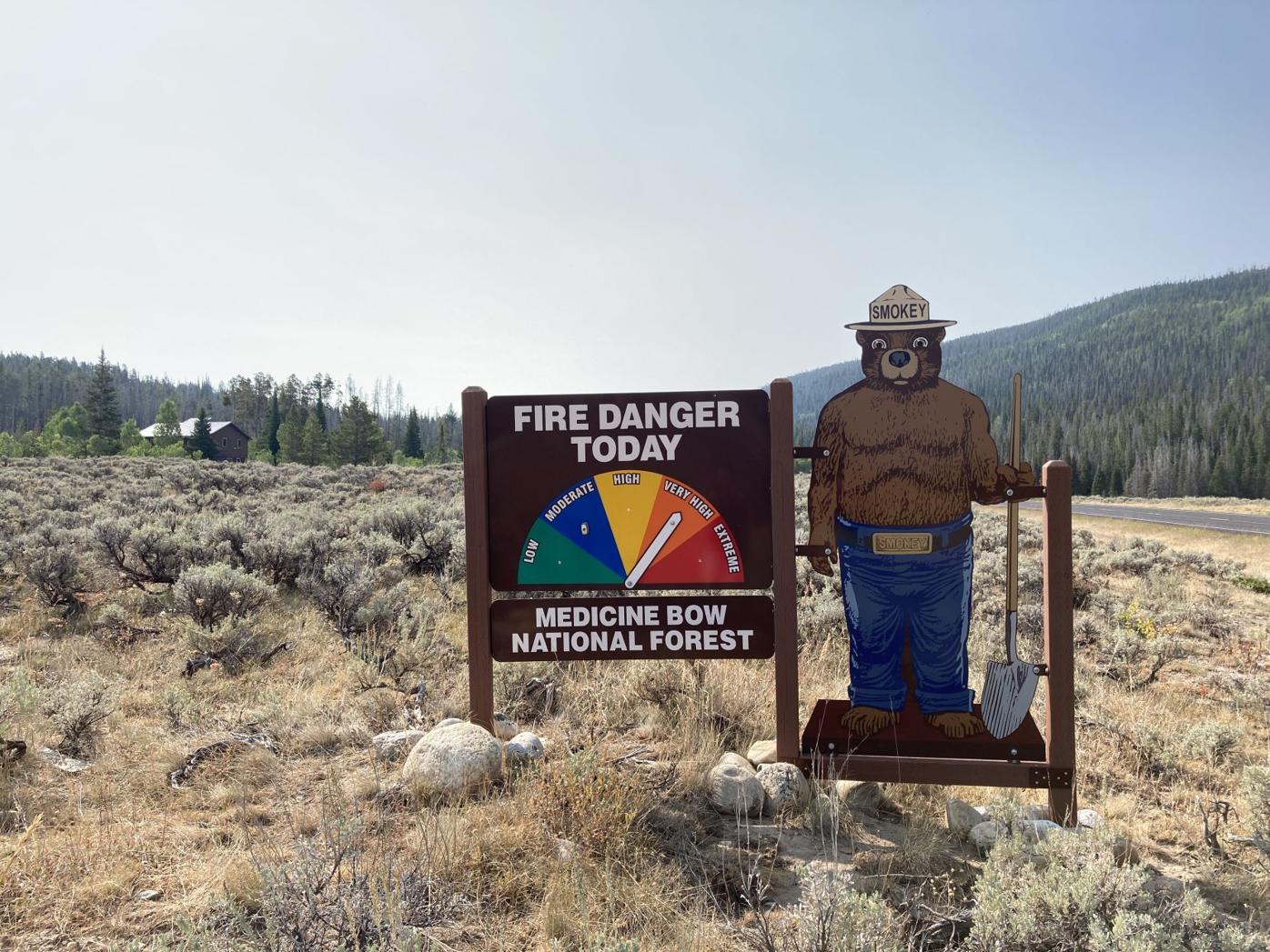 In this August 2020 photo, the fire danger in the Medicine Bow-Routt National Forest was “very high.” Strict fire bans were put into place, but later in the fall the Mullen Fire became one of the largest forest fires in Wyoming history. 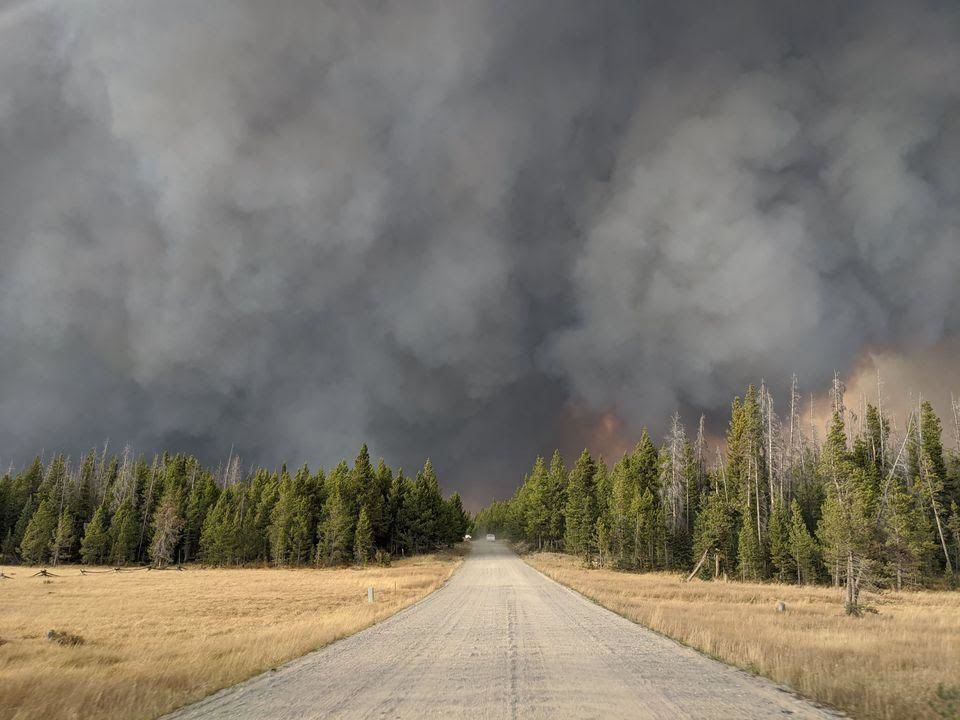 The Mullen Fire, one of the largest forest fires in state history, has delayed some management efforts as a new assessment is completed. 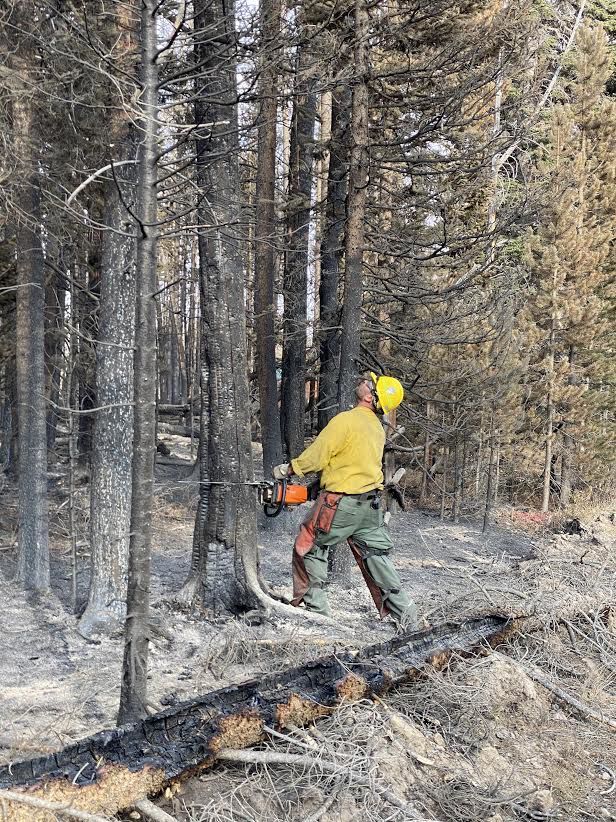 The Mullen Fire overlapped with the area governed by the forest management plan.

In this August 2020 photo, the fire danger in the Medicine Bow-Routt National Forest was “very high.” Strict fire bans were put into place, but later in the fall the Mullen Fire became one of the largest forest fires in Wyoming history.

The Mullen Fire, one of the largest forest fires in state history, has delayed some management efforts as a new assessment is completed.

The Mullen Fire overlapped with the area governed by the forest management plan.

Officials from the Wyoming Game and Fish Department and the city of Cheyenne spoke favorably Wednesday about a 15-year forest management plan that covers much of southeastern Wyoming.

“Even though we have a long history of working with the Forest Service, especially within the Medicine Bow-Routt National Forest, we welcomed the Landscape Vegetation Analysis Project,” said Clint Bassett, water treatment division manager for the city of Cheyenne. “About 80% of the water we use in Cheyenne comes from the national forest, whether it is in the Laramie Range or the Medicine Bow Range. Naturally we are interested in healthy forests, because healthy forests produce great water.”

“We are also interested in protecting the hydrologic functions of these forests as well,” Bassett said. “Several years ago, we did conduct an assessment of the risk wildfire could potentially have to the resources, as well as infrastructure we have in those areas, and specifically how dead pine trees from the mountain pine beetle (epidemic) has created (risk) there.”

That study, he said, showed the potential for more intense fires, which could in turn reduce water quality for Cheyenne.

“That could affect our reservoirs and pipelines,” Bassett said. “Participating in this LaVA effort has allowed us to identify areas that we believe need treatment, and it has also allowed us to work with the Forest Service.”

The U.S. Forest Service has helped the city understand how, where and why treatments are possible, he said, and the LaVA project has also given the city a voice in the process.

“There are some areas that are by the Continental Divide that are priority for us, as well as some areas between Rob Roy Reservoirs and Lake Owen, which have been identified as priorities,” he said.

The project scope reaches from Albany County to Carbon County in Wyoming, from the Colorado/Wyoming border north across the Snowy Range and Sierra Madre Mountain Ranges, from approximately 25 miles west of Laramie to about 25 miles east of Baggs. It encompasses approximately 850,000 acres of National Forest System lands — the entirety of the Snowy Range and Sierra Madre portions of the Medicine Bow National Forest, Brush Creek/Hayden and Laramie ranger districts.

The Mullen Fire, located about 28 miles west of Laramie, burned 176,840 acres by mid-October of 2020, and was one of the largest forest fires in Wyoming history. Much of the affected landscape was on national forest land.

“Any potential treatments that we had planned within the area that was impacted by the Mullen Fire are on hold until we complete (an) assessment we have been working on since about January,” Bacon said Wednesday. “But we are proceeding with treatment outside the Mullen impact area north of Highway 230 and in the Sierra Madres, in terms of until we get completed that assessment.”

Joseph Gonzales with the Medicine Bow National Forest gave a tutorial of a new online interactive tool called a Story Map, on which members of the public can access a feedback form to submit comments on treatment and focus areas. The online map shows multiple data points, including current treatment areas, where future treatment is planned and allows the public to upload documents and photos alongside their comments.

Britt Brito, a habitat biologist with the Wyoming Game and Fish Department, said her office has been working closely with the USFS on the project, because a more natural, fire-resistant and diverse landscape will be good for Wyoming wildlife.

“(LaVA) focuses on regeneration and expansion of mixed-mountain shrub communities, and aspens in big game summer and transitional ranges and habitats,” Brito said.

Fire prevention has really changed the health and the nature of the forest in the Snowy Range and Sierra Madre mountain ranges, she continued.

“In conjunction with fire prevention and mountain pine beetle epidemic, the risk of large, unusually high intensity wildfires has greatly increased over the last few decades,” Brito said. “The forest really lacks that mosaic of age classes and different community types (of trees). It is really important to introduce controlled, well-planned disturbance into the forest, to create those habitats, fuel breaks and really create a mosaic of healthy forest communities.”