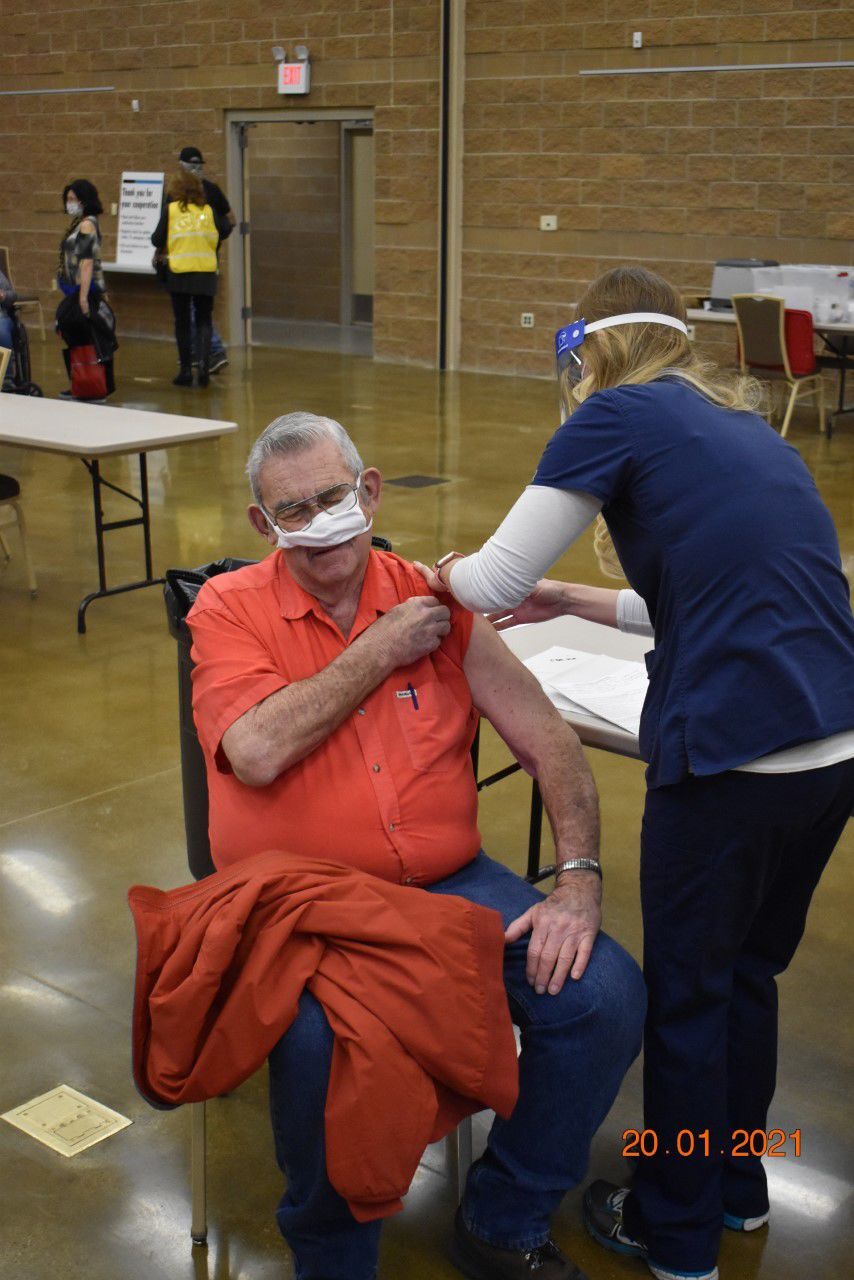 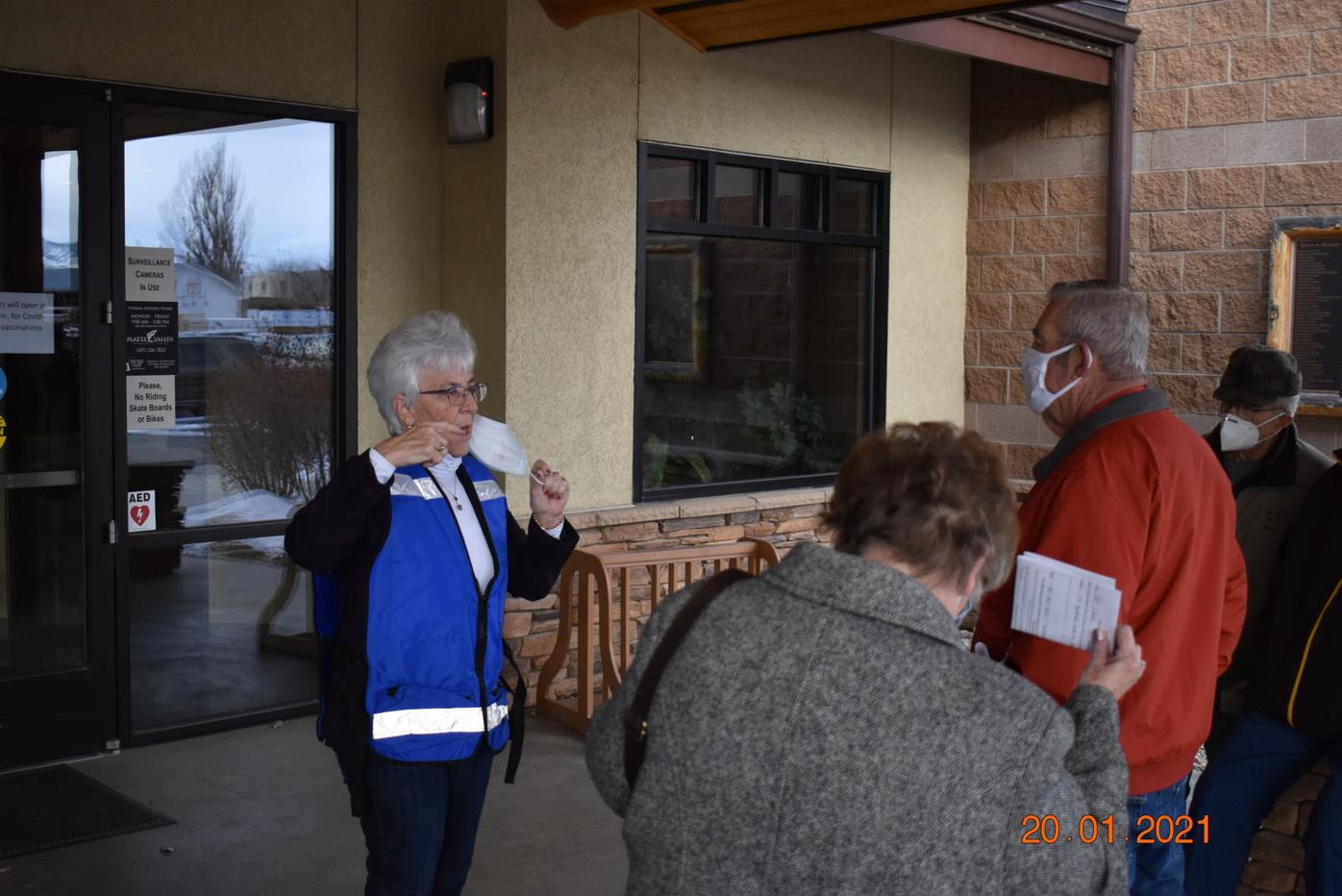 Sue Jones, working as a volunteer, explains the plan for the vaccination clinic to the gathered crowd just before the doors opened 9 .m., Jan. 21 at the Platte Valley Community Center.

Sue Jones, working as a volunteer, explains the plan for the vaccination clinic to the gathered crowd just before the doors opened 9 .m., Jan. 21 at the Platte Valley Community Center.

Saratoga seniors gathered at the Platte Valley Community Center for Saratoga’s Covid-19 vaccination clinic Thursday, Jan 21. The clinic, for those 70 years and older, ran from 9 a.m. — noon. Approximately 90 seniors were lined up in 30 degree Fahrenheit temperatures by the time the doors opened.

The Saratoga Clinic was originally planned for the small Saratoga Senior Center but was moved to the Platte Valley Community Center after complaints by local senior citizens were posted online and concerns were expressed by local officials.

By all accounts, it was a smooth process. There was plenty of vaccines available. Since two clinics were planned for the Upper Platte Valley for the day, 450 doses of vaccine were brought to the event.

In Saratoga, 210 seniors went through the entire process in two hours, with most in and out by 11 a.m. An additional 110 seniors received their vaccinations in Encampment at their Senior Center in the afternoon. Rawlins, whose clinic was held earlier in the week, vaccinated some 240 seniors.

Participants were first directed as they entered the center, into the large theater where they could be seated and wait for their turn to move forward. While waiting they could fill out the two information sheets needed to get their shot.

There was signage throughout the center to keep everyone moving and yellow tape to separate the incoming and outgoing people. Some of the signage was in five languages.

Then it was down the long hall with six-foot distancing marks on the floor to the intake ladies where the paperwork was checked, and COVID-19 vaccination record cards filled out. The cards recorded thee first vaccination and contained the date when the second vaccination will be given, in 28 days, on Feb. 18.

Finally, particpants entered into another area, where they would be vaccinated. They were seated and waited until one of three nurses from the county public health department innoculated them.

At the same time, to speed up the process, two other nurses prefilled one-time use syringes. Approximately 100 had been prefilled prior to 9 a.m., when doors were opened.