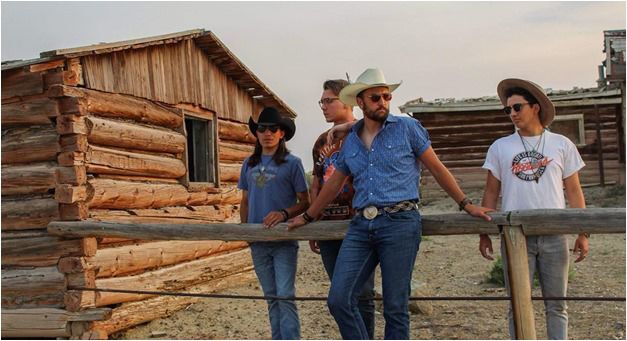 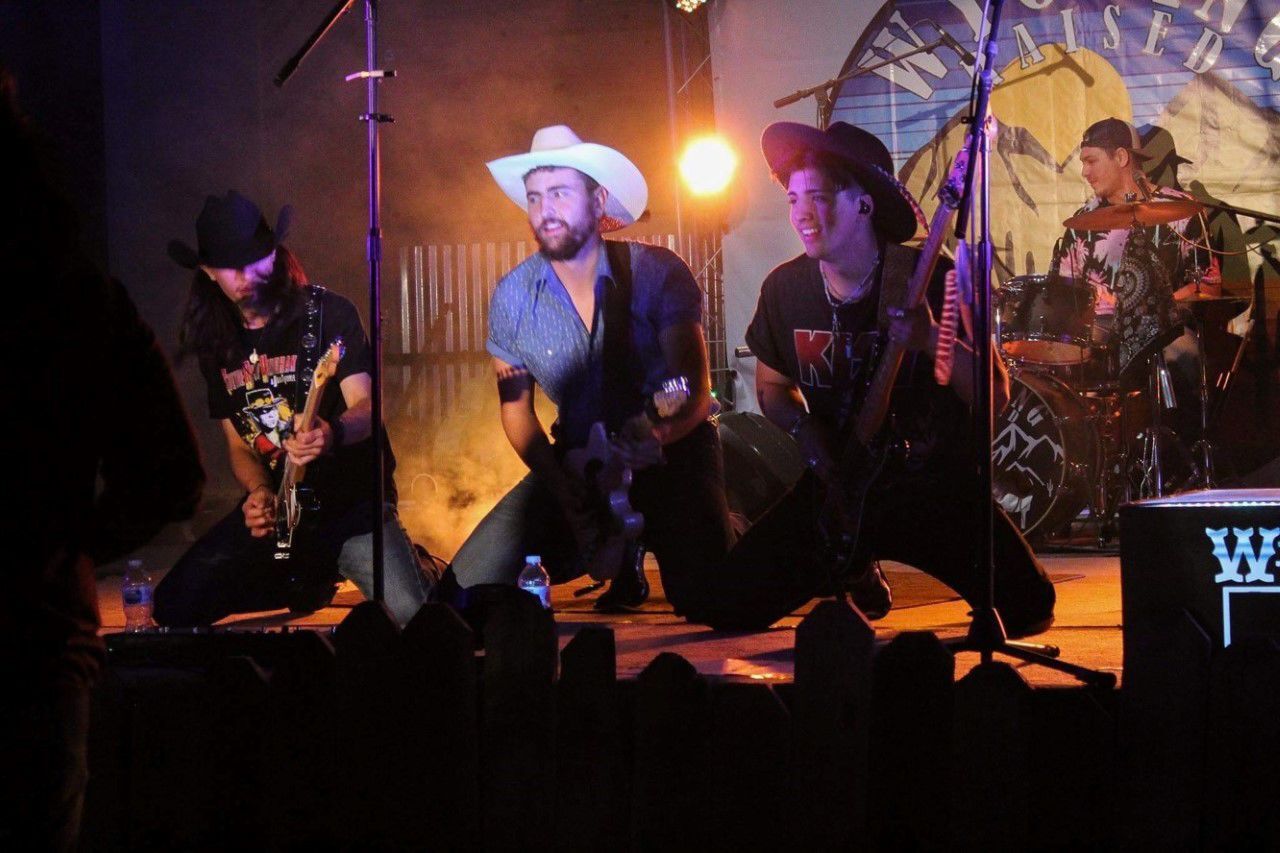 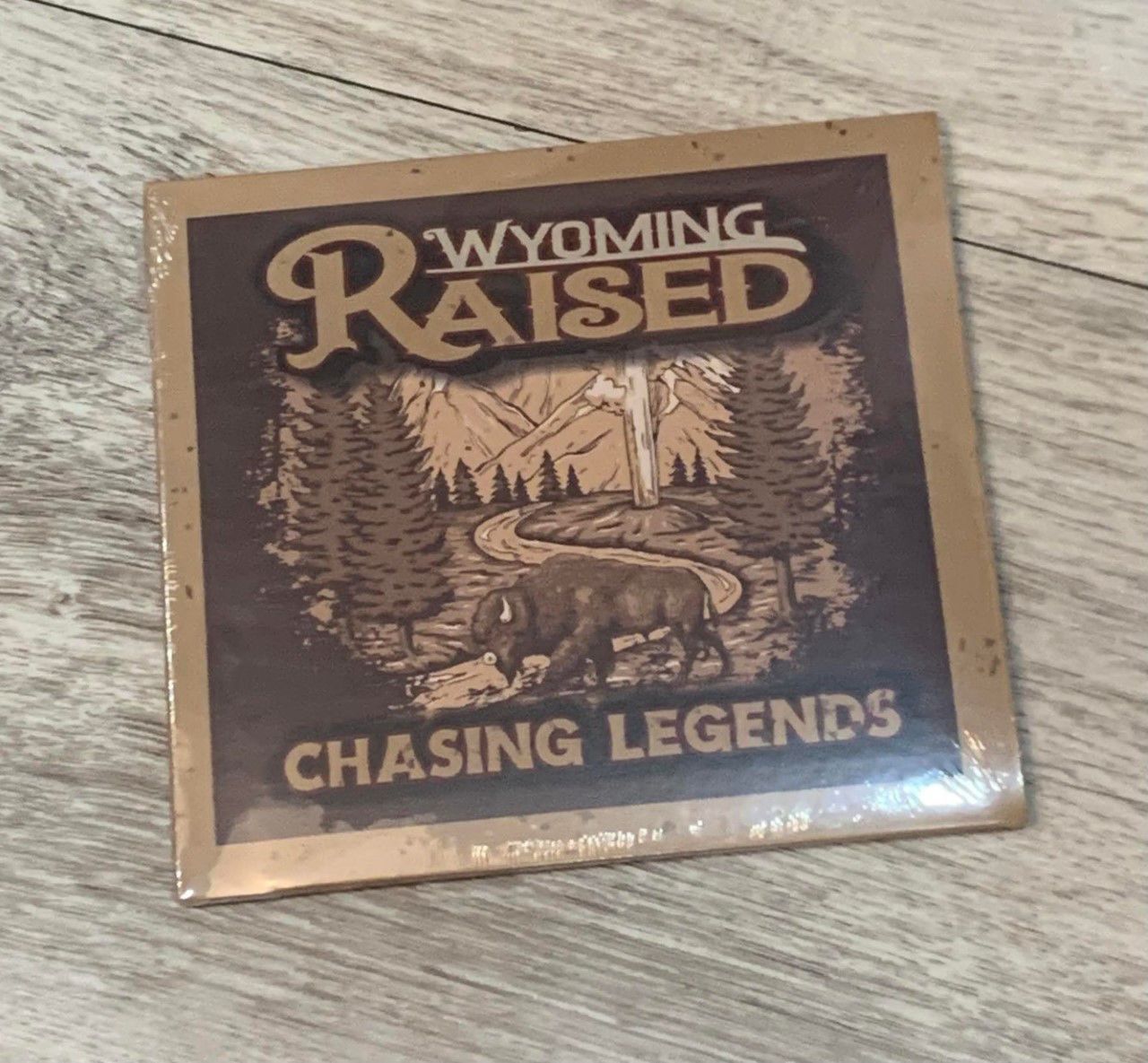 Wyoming Raised was founded by cousins, Dakota Knezovich, lead singer/songwriter/rhythm guitar player, and drummer Braxton Knezovich in 2017. Together, they work on the structure of their music.

Debi Knezovich is not only Dakota’s mother but she is also the band’s local marketing manager.

According to Debi, Wyoming Raised started playing as a trio with Nick Allen. Soon, they added Kyan Debernardi as a bassist. He was just 15 years old while the rest of the band were 17.

After playing with the band for three years, Debernardi left to go to college and play baseball.

Allen stopped playing with the band to pursue other dreams, as well.

“We wish them both the best,” Debi said.

They welcomed the newest members in early 2021.

Austin Tavegia is the youngest and newest member of the band.

According to Debi, Tavegia was only fourteen when he started playing in the band.

“He brings a lot of energy to the stage,” she said.

With new members joining the band just a few months into 2021, Debi said, “it has been a fast ride to recording at Sonic Ranch.”

She said, “Steve loves seeing the music come alive and assisting his son in achieving his dreams.”

Dakota and Braxton had pictured themselves recording at Sonic Ranch for years.

“I think they thought it was a pipe dream when they approached me,” Debi chuckled. “At the time, I didn’t know the significance of getting to record at Sonic Ranch.

“I just jumped at it like it was any other recording studio.

“The band was shocked when I said I think we can make it happen,” she shared. “It will take a lot of work and community events to do it.”

Debi and Steve have always supported and believed in Dakota and Braxton.

She noted that the community has been behind them from the beginning.

The dream started to become a reality once they set foot on Sonic Ranch.

The employees and the owner of Sonic Ranch were very impressed with the different and refreshing sound coming from the band.

David Garza is a musician, songwriter and producer. He has done studio and live session work for several artists.

Garza told the quartet, “Don’t let anyone change who you are.”

According to Garza, “it was refreshing to hear real music and I love their harmonies.”

Debi went on to describe Sonic Ranch as an all-inclusive resort for musicians.

“It is the largest in-home studio in the world.”

She said the best part of the whole experience for the boys was the vintage equipment they were playing on to created sounds that were classic.

Bettelyoun played on a guitars-squire that belonged to Stevie Ray Vaughan.

He used three different snares on the album and each song had drums tuned to certain keys.

Braxton said, “It was the most beautiful kit I have ever seen! Vintage kits are the way to go.

“It’s the real solid punchy sound that you can only get on those made in the seventies.”

“The band members couldn’t believe they were playing in a studio with vintage equipment.”

Charles Godfrey was the producer of the album.

“He had a way of making the sounds of the songs come alive without losing the originality of the songs,” she pointed out. “That was really cool.”

Godfrey had produced over 400 albums of all genres including Cody Jinx and many others.

The band really learned a lot from Charles and assistant engineer Mario Ramirez.

Braxton said, “Charles taught me more than I expected. I learned more about my instrument in those three weeks than I had in a few years.”

“Other famous bands like Midland had played at Sonic Ranch before,” Debi revealed. “It was an experience that will live on in their lifetimes.”

Three weeks and 10,000 hours later, the album was completed.

“Chasing Legends” was released on Nov 10.

The band thanks their family, friends and community for their continued support.

They agreed that “together ‘We are Wyoming Raised.’”

“The album making process was an amazing experience,” Dakota expressed. “We saw the music come to life.”

He said that it was not only a huge learning experience but it helped him grow as a musician and most importantly, as a person as well.

He added, “The one thing that stuck with me the most is how people from opposite ends of the country can come together and feel right at home with each other because of a love and passion for music.”

According to Dakota, making the album has made a huge impact in his life.

“It has always been one of my goals in life,” he shared. “I had the opportunity to record the album with my good friends.

“I will forever cherish the time we spent.”

In his opinion, the album is about love.

“But it’s just not about love for a significant other – yes, there are songs about that but love for a friend, love for music, love for family, love for home, love for tradition and love lost.”

The band had dreamt of going to Sonic Ranch for years.

“As a team and a community, we made it happen.”

Bettelyoun agreed that making the album was a great experience.

“We were in a great environment surrounded by great people,” Bettelyoun said. “It was cool hearing the songs come together to their final versions and hearing them in a new way.”

Being in the studio taught Bettelyoun many things about how albums are made and the process that goes into it.

“I also learned a lot outside of the studio, mainly from those that we were with on the ranch,” he shared.

“They are all great people who I am glad to have met.”

According to Bettelyoun, making the album has made a pretty good impact on his life.

“It showed me new places, introduced me to new people, and it is something that I have always wanted to do,” he shared. “Being able to do that is pretty major for me and I’m excited to see how it may further impact my life and others in the future.”

Even as a new member of Wyoming Raised, he has learned quickly.

“The majority of these songs were written before I was in the band but I was able to make my contributions to them after joining,” he explained. “I look forward to writing new music and being a part of that process later on down the road.

“I would like to thank the great people in our community, Debi, Steve, family, friends and many others,” he said. “I’m very grateful for all of them.”

Commonly, every performer has a music role model.

“I really had no desire to learn or play guitar until I started listening to Metallica when I was 12 or 13 years old.”

He’s been influenced by many other bands and musicians since then such as Motley Crue, Lynyrd Skynrd, Aerosmith, Midland, and Dwight Yoakam just to name a few.

He has been a self-taught guitarist for nearly six years.

Bettelyoun believes there is more than one person to credit for his accomplishments.

“Personally, I would like to start off with my parents and grandparents,” he acknowledged. “Without their love and support in all of this, I wouldn’t be in such a fortunate position to be doing what I love to do.

“To sum this up, I would like to credit the band once again and all those who have supported and continue to support in anyway.”

Tavegia has spent just less than two years as a self-taught bassist.

Through the album-making experience, he has learned “how the whole process is done and how long it takes.”

“I learned about all the tiny details,” Tavegia said. “I wasn’t afraid to ask lots of questions on how to be a better musician.

“You don’t learn unless you ask.”

For now, the album hasn’t affected Tavegia’s life directly, but “it is a sign of what’s coming.”

Wyoming Raised is booking more venues and preparing for their first tour.

They are also working on their second album already.

“Chasing Legends” is available on all digital streaming services. Physical copies are available online at www.wyomingraisedonline.com and at the Wyoming Raised Apparel Store, 204 Center St.