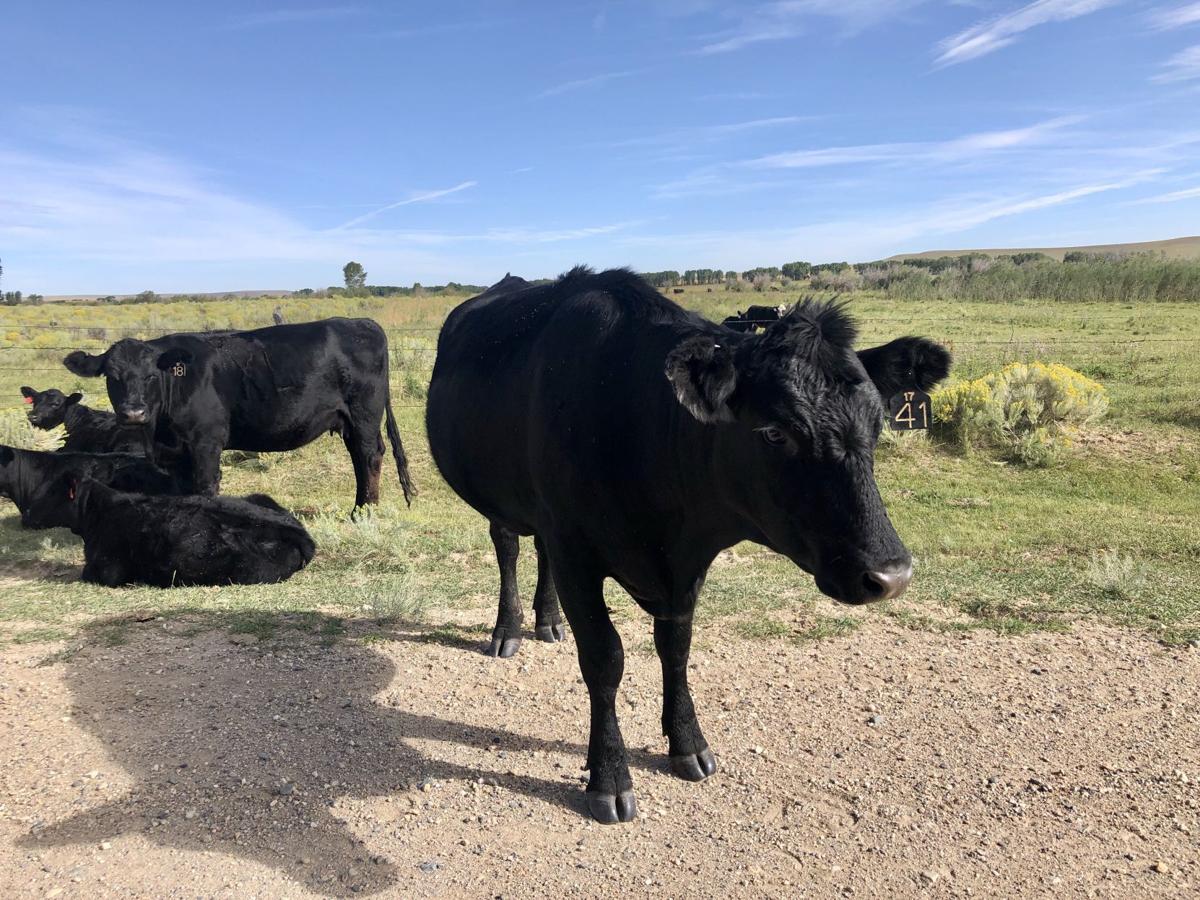 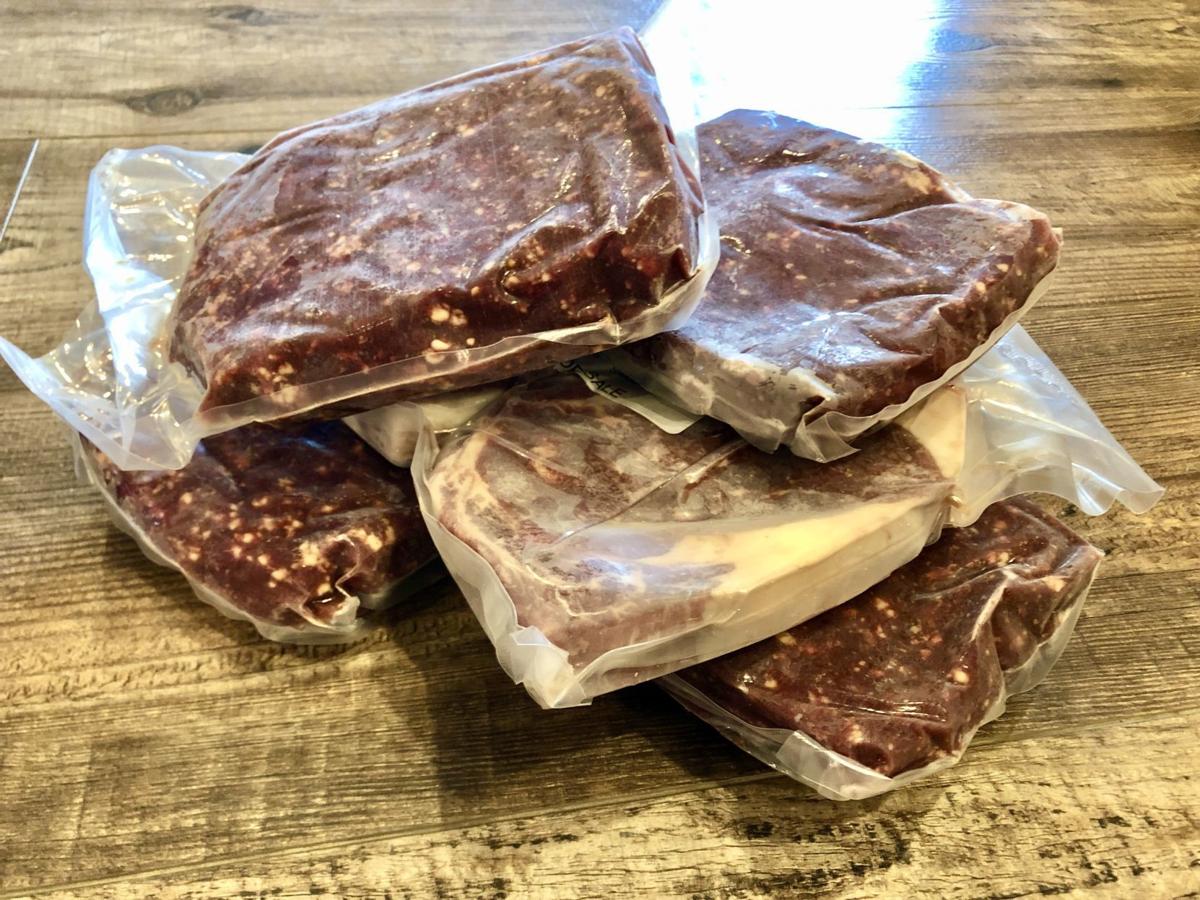 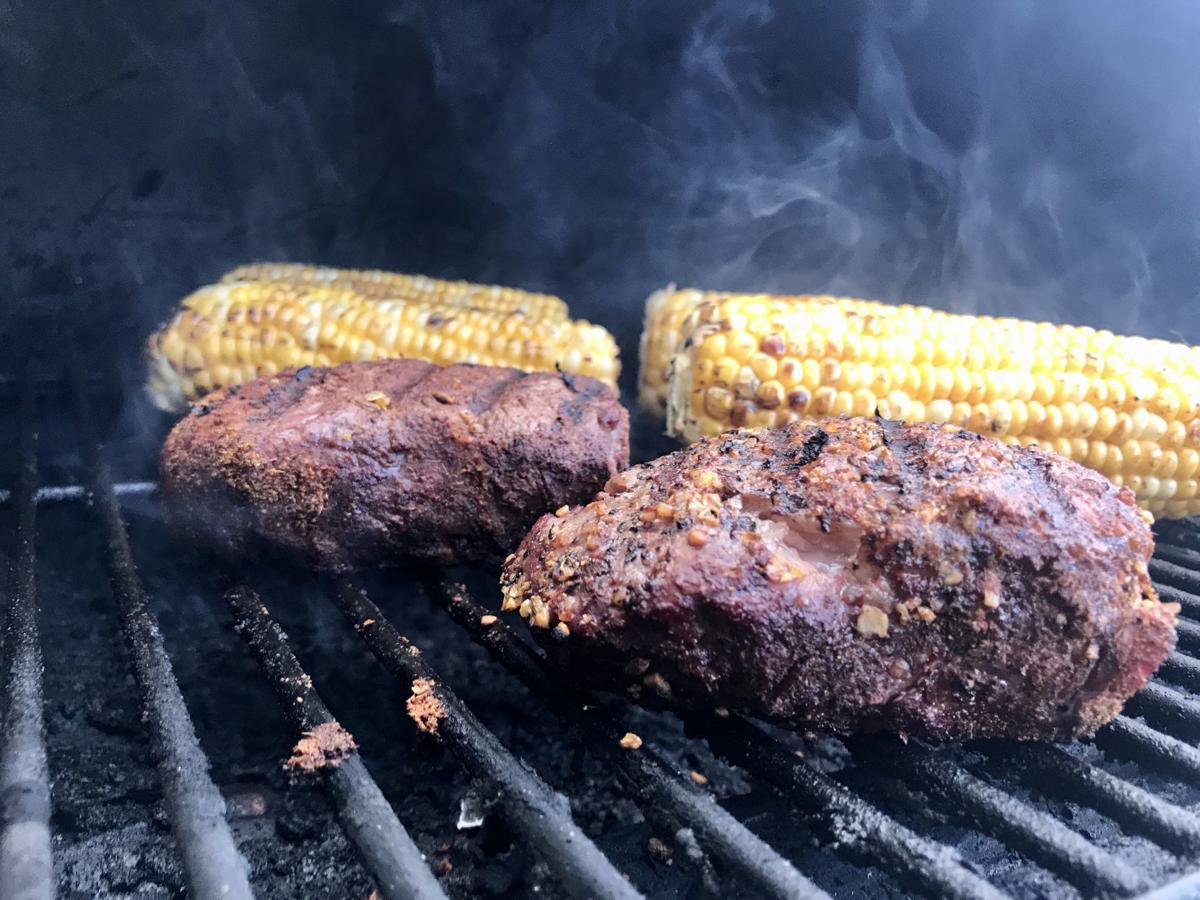 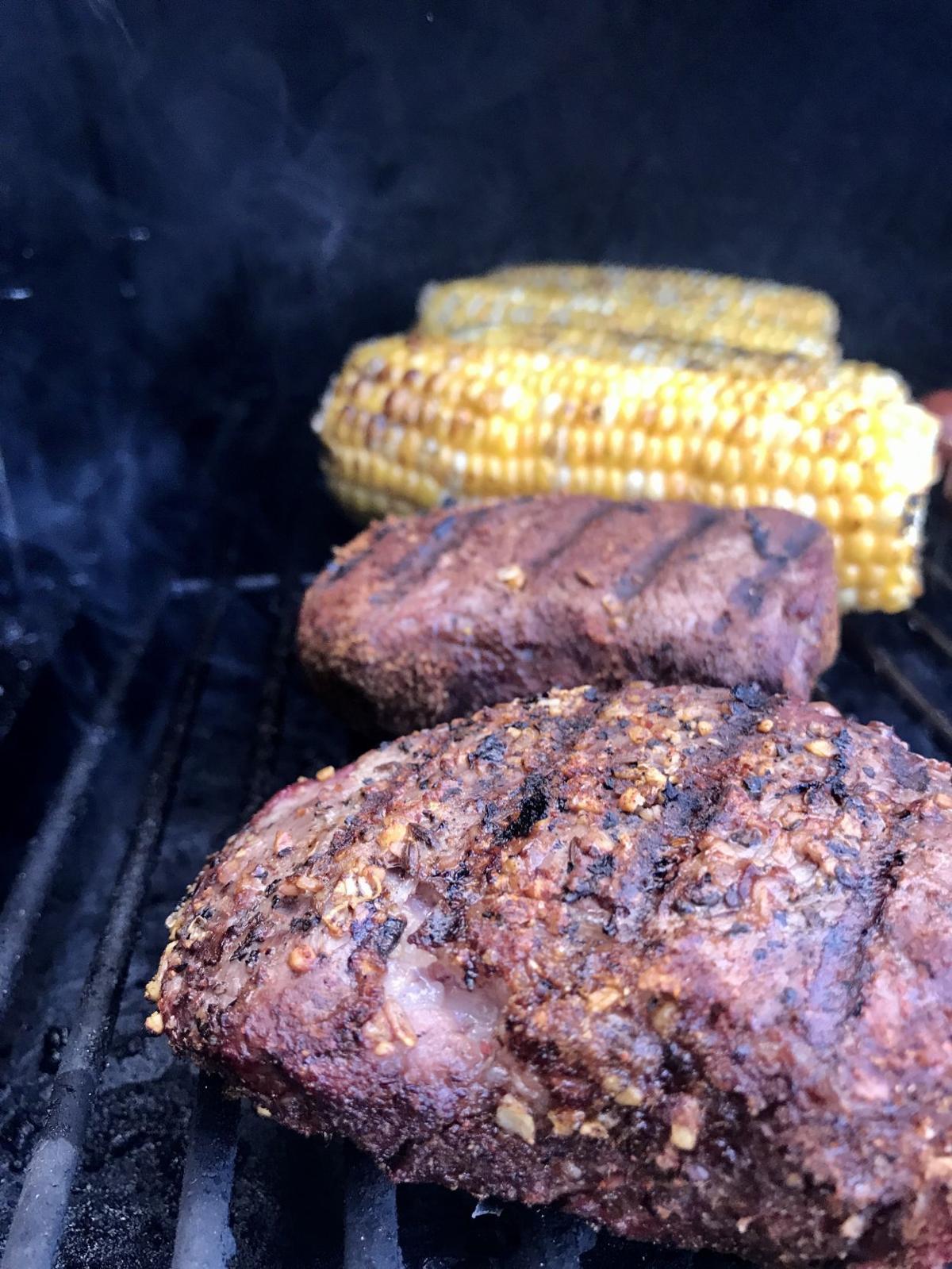 Fewer steps in any process can reduce the margin for error, and as the nation is facing significant challenges to its industrial food system highlighted by the coronavirus pandemic, it makes sense to some to rely on a short supply chain.

In April, the U.S. Department of Agriculture announced that it would investigate why a surge in beef prices because of coronavirus hoarding did not translate into higher cattle prices for farmers, according to Reuters.

“The large processors – beef is moving very well in some of the grocery stores, and, in fact, there is a shortage at times,” said Jim Magagna, executive vice president of Wyoming Stock Growers Association. “We are now calling for a federal investigation because the producers are selling that beef at a record high price, but the price being paid to the livestock producers is crashing.”

In part, the price discrepancy could be because of challenges to the wholesalers due to restaurant shutdowns.

“The wholesalers are struggling because the restaurant trade went blank on them, as far as high-end cuts,” said state Rep. Albert Sommers, R-Pinedale. “The wholesalers aren’t selling anything that way, so they’re passing (the cost) to the grocery store markets. In order to recover their losses, they’re jacking their price up at grocery store to compensate for losses on the restaurant side.”

But for producers, the price at which they can sell their beef is dropping, and probably will continue to do so, Sommers said. That doesn’t mean the demand for beef isn’t there, only that there are economic and industrial roadblocks in the supply chain.

“People are searching for beef options,” Sommers said. “It is just that the scale at which (large processors) can operate has efficiencies with which I can’t compete. As producers, our prices are just dropping, and probably will continue to do so.”

In addition to skyrocketing costs and dropping profit margins, coronavirus outbreaks at some of the nation’s largest meat processors like Smithfield and Tyson have upset the system, forcing plants to close or limit production.

There are around 20 small-scale meat processors in Wyoming, some USDA or state-inspected.

“We have 20-some processing facilities in Wyoming, and none of them are very large,” Magagna said. “About half of them are state inspected or federal, and many others are not.”

Ranchers are used to using processing facilities with which they have a relationship for their own beef, and it’s not important they are inspected, Magagna said. But that does not enable them to sell any product to neighbors, friends or local farmers markets – to do that, meat has to be processed in an inspected facility, he said.

There are challenges to being a smaller meat processor, Sommers added.

“It’s hard to make a real living at this, but I really think there is an opportunity for people to buy more locally now, and maybe they will see the advantage of it,” Sommers said.

In a localized market with less interference from the industrialized system, a producer and consumer have leeway to determine pricing, processing and other steps in the process, Sommers said. In January, the Wyoming Legislature passed an amendment to its 2015 food freedom legislation that will allow for animal share, or a cooperative agreement under which beef producers can sell individual cuts of meat to local consumers, in addition to the allowance for selling meat processed at a USDA-inspected facility.

“This means that the rancher and the consumer can have a price that they both agree works for them,” Magagna said.

The Good Meat Project, a nonprofit made up of consumers, farmers and food professionals, and the Western Landowners Alliance, another nonprofit aimed at advancing policies and practices that sustain working lands, connected landscapes and native species, have been working to connect consumers with their food since before the pandemic.

“The goal was originally to bring consumers back into the basic processes that get any kind of meat to the table because consumers are so removed from it,” said Camas Davis, executive director at Good Meat Project.

Since its inception, GMP has been creating meat collectives around the country that focus on education, and consults with farms and butcher shops on how to approach educational outreach for their consumers. The organization also has specific educational programs for producers who are trying to sell directly to the consumer. Often, those producers are facing an uphill battle in terms of marketing, Davis said, and GMP wants to help producers make the most of their product.

“We want to help them understand how slaughter works, how butchery works and how to turn every part of the animal into food,” she explained. “We do educational programs for culinary professionals and even meat counter workers who don’t ever even see the whole animal, because they are buying boxed cuts.”

While experiential education is off the table for now due to COVID-19, GMP does research and advocacy in the same realm, too.

“Even before Smithfield and other large-scale industrial meat plants started closing, a lot of consumers were responding to the COVID situation in a couple ways,” Davis said. “One, they were just scared to go to the grocery store because there are so many people at the grocery store. They were also scared to buy food, because they suddenly didn’t know where it came from, who touched it, and they had no way of knowing or attaining that knowledge.

“And it turns out that for quite some time, there has been an increasing number of small to mid-sized producers outside of the industrial model raising meat and selling it,” she said. “That supply chain is quite a bit shorter. It is really like the farmer raising the animal, processing it at a small processing facility and then it goes directly to the consumer.”

Louis Wertz, who leads communications for Western Landowners Alliance, said his organization has partnered with GMP and producers in Wyoming because WLA supports stewardship and integrity.

“We’re trying to support a journey toward improved stewardship,” Wertz said. “A big piece of that is making sure that people can make a living. We want the system to pay off, and it will pay off when it has integrity.

“That is what ties all of the different producers along that spectrum together in Wyoming,” Wertz said. “There are people who are deciding that it is worthwhile to take action on their long-held feeling of just fed-up-ness about the machine of industrial agriculture that has been eating their bottom line.”

For its part, the state of Wyoming has been early to adopt food freedom laws, deregulating the sale of many local products direct from the producer to the consumer. Rep. Tyler Lindholm, R-Sundance, proposed the amendment to allow for animal share in January. He said his motivation is to get rid of self-limiting, unnecessary legislation.

“The thing is that small business is essentially self-regulating,” Lindholm said.

When consumers buy from a local producer who has 15 customers, the margin for error is largely nonexistent. However, when consumers buy meat from national chains that use meat processing facilities, the incidence of illness and fallout from it is much harder to track. The 2015 Food Freedom Act provides no liability protection for producers, which Lindholm said was intentional.

“You should have the right to take action against someone who has harmed you, so the Food Freedom Act does not provide that liability (protection),” he said. “Whereas, your large producers, your large merchants, they are providing for millions upon millions of people. They get 500 people sick and they are going to settle a class action lawsuit out of court, and that is normal, everyday business.”

Wertz said the animal share amendment provides an exciting opportunity for Wyoming producers. WLA member and Wyoming rancher Marissa Taylor of Lonetree Ranch in Uinta County said her family sells meat direct to market. While there are limitations – it can quickly become another full-time job in addition to ranching, and understanding the rules, regulations, processing breakdown and inventory management can be overwhelming – the process is improving. Lonetree has processed with the 307 Meat Company, a Wyoming meat processing facility that will allow more of the state’s meat producers to keep their business in-state.

“We have partnered with 307 Meat to help with a lot of the logistical hurdles,” Taylor said. “I think the concept of regional food systems makes a lot of sense. This helps farmers and ranchers focus on growing raw products, employs additional people within agriculture, adds expertise to the system and provides food security outside of our national system.”

Do you agree with Wyoming legislative leaders that next year's general session should be delayed from mid-January until March or later?

McDaniel: Enzi's silence in the face of Trump's corruption is scandalous

Governor, LCSD1 need to do more to stop spread of the virus

Thank you to Micheli, WTE for such insightful articles

Replacing police chief not a good start for Mayor-elect Collins

We all must work together to achieve our vision for Cheyenne