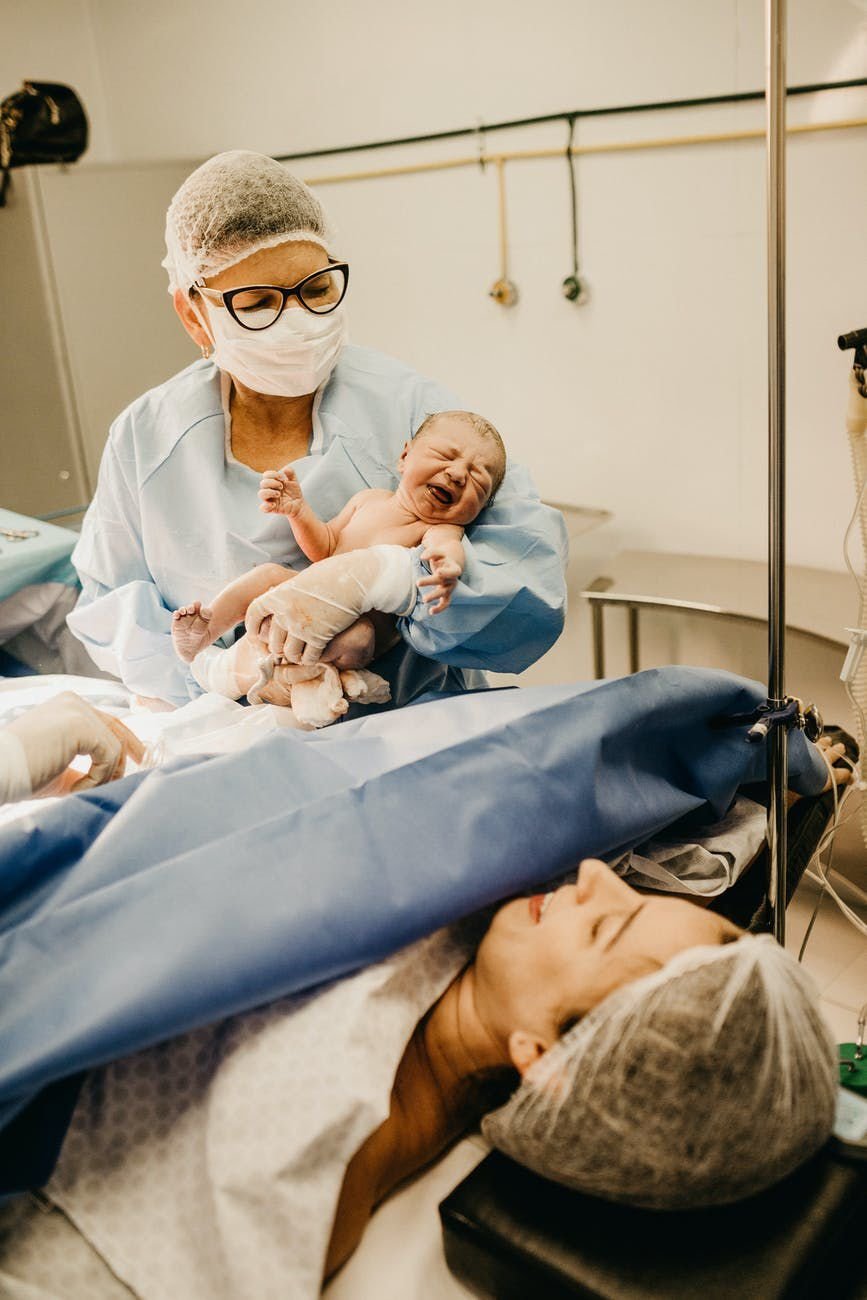 Wyoming Medicaid pays for approximately 33% of hospital births in the state. The program pays for medical services for pregnant women and children under five whose household income is at or below 154 percent of the Federal Poverty Level, or around $40,000 for a family of four. 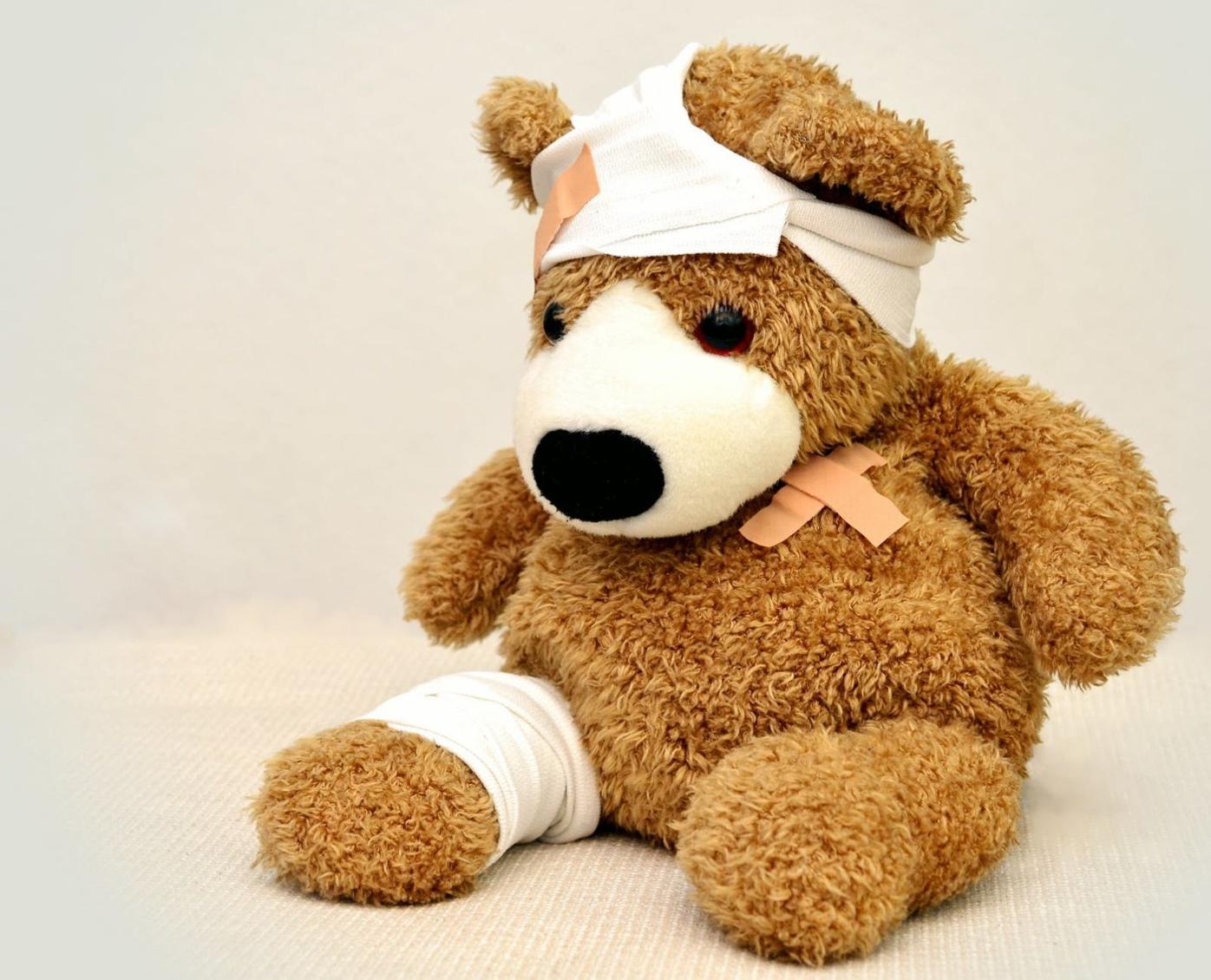 Wyoming regularly has one of the highest rates of people, including children, without medical insurance. Some conventional statistics are skewed because of other health care resources available for kids in the state. Courtesy photo pexels.com

Wyoming Medicaid pays for approximately 33% of hospital births in the state. The program pays for medical services for pregnant women and children under five whose household income is at or below 154 percent of the Federal Poverty Level, or around $40,000 for a family of four.

Wyoming regularly has one of the highest rates of people, including children, without medical insurance. Some conventional statistics are skewed because of other health care resources available for kids in the state. Courtesy photo pexels.com

Wyoming’s health care insurance landscape is much like the poetic idealization of its people: self-reliant, with large swaths of rugged individualism. Here, people mostly get medical insurance through their jobs, and some others are covered through state-sponsored programs that operate on a frugal budget. There’s a fair share of adults and kids who go uninsured, sometimes by choice and sometimes not.

Uninsured children can be vulnerable to missing out on essential care, but just because a child doesn’t have a policy doesn’t mean they’re not getting their needs met. For those that are indeed left behind, there is work to be done.

Georgetown University issued a report last fall that puts Wyoming second-to-last in terms of children’s health care coverage. The report card issued by its Center for Children and Families estimates 10.6% of kids, or 15,000, in the state do not have health care coverage. Of those, almost 40% are American Indian, and another 20% are Hispanic.

Some American Indian children may not be enrolled in conventional health care coverage because they elect to receive care from an Indian Health Services. In Wyoming, these federally funded clinics are in Fort Washakie and Arapaho, and recognized tribal members receive care there that is otherwise outside the scope of conventional insurance statistics.

Aside from policies obtained via the jobs of their parents and the federal marketplace, existing infrastructure for kids’ coverage includes Medicaid and the Children’s Health Insurance Program. Medicaid covers pregnant women and children under 18 in homes with an annual income of $40,812 or less for a family of four. Families of the same size making up to $53,004 can use CHIP.

Niki Nash is the mother of two elementary-aged children and a registered nurse in Sheridan. Her husband is an independent contractor who regularly travels to Bairoil for his work in the energy industry. Between their two jobs, they pull in six figures, but they are uninsured because, for them, premiums are sky high.

“I worked full time until my youngest was 1 year old, and the number one reason for that was health insurance,” she explained. “At that time, I was insured through my job, and we were paying around $500 for my kids to be covered. For a short time, we were also paying an additional $500 for a policy for my husband. So, that was $1,000 each month going toward premiums.”

Nash said that after her youngest child turned 1, she made the decision to cut back her hours to focus on the important work of raising her children. She knew this would mean losing the insurance coverage they had through her job, so they started shopping for plans on the federal marketplace.

“We looked at plans on the exchange, and for the four of us, the premiums were huge – I want to say it was something like $2,500 per month. I know it was more than our mortgage. That’s more than $30,000 a year. We are all healthy, so what are the chances we are going to have $30,000 in medical expenses each year? It seems like a poor way to spend money,” Nash said.

Going without medical insurance is definitely a gamble, but it’s also a decision Nash arrived at after careful, reasonable consideration. While life is always uncertain, and anyone could experience an unfortunate accident that requires extensive – and expensive to the brink of bankruptcy – medical care, a family with no underlying medical conditions is still more likely to fare better financially paying out of pocket for their preventative or minor care they generally need in any given year. Nash cited an employee discount her family receives because of her part-time work as an RN and a statewide program that pays for vaccinations for uninsured families, regardless of the reason for their lack of coverage.

Aside from being completely on their own in terms of medical bills, very wealthy families might opt to participate in a cost-sharing co-op. A family that can absorb medical costs that run into the tens of thousands might engage in a faith-based cost-sharing program, which is not technically insurance, but can help pay for some medical care that’s outside the scope of preventative care.

Another influence in Nash’s choice to have her family be uninsured is her own experiences regarding the inner workings of commercial health insurance systems.

“A lot of the reason we don’t have insurance is my bitterness toward how that industry works,” she said. “I have seen what our billing department goes through with claims being rejected and then having to stay on the phone for three hours to get an answer about why it was denied. It leaves a bad taste in your mouth when you know the back side of it.”

Nash knows that when kids get the health care they need, they are more likely to succeed in school, earn higher wages as adults and enjoy lifelong health. She’s making that happen for her family. However, not all kids have the assets of a nurse for a mom and financial security. Families that lose the genetic or circumstantial lottery and have a child with health complications don’t have the same choice to make the gamble of being uninsured – they must find a way to swing their finances to afford premiums, take jobs that offer benefits or otherwise rearrange their lives to accommodate their care needs.

“It used to be that families up to 400% of the federal poverty level would qualify for premium subsidies, but if they hit 401%, they got nothing,” she explained. “That did not do what the intent of that law originally was. What they have done now is have it go back to a percentage of your income.”

Along with the economically endowed, another group traditionally left behind on the federal marketplace is those whose income is well below the poverty threshold and they cannot afford any premium, even after federal subsidies.

Burke said the changes outlined in the American Rescue Plan Act, which was passed last month, extend open enrollment on the federal exchange until August, and premiums cannot be more than 8.5% of total income, and old plans can be reconsidered. With these changes in place, at least three out of five people in the state will be eligible for a plan that’s around $50 per month. Individuals who make less than $19,000 per year can likely get a policy for no monthly premium.

“Now, we are saying that even if people have checked the marketplace before and found it was too expensive, it might be worth it for them to go back,” Burke said, adding that enrollment in some form of health insurance policy is trending upward in the state.

Wyoming routinely claims the unfortunate title of one of the most expensive states in terms of obtaining health care. Burke said this is attributed to the small population spread out over a larger geographical area. When an uninsured person suffers a catastrophic medical event and cannot foot the bill, those costs are passed on to those who do pay premiums and deductibles.

Whether kids are born to cash-strapped parents or not, in Wyoming, it’s unusually common for kids to be uninsured. This can perhaps mean missing out on care, but not always. The high rate of uninsured kids in the state is, more accurately, a reflection of an expensive and complex marketplace sprinkled with economic libertarianism.