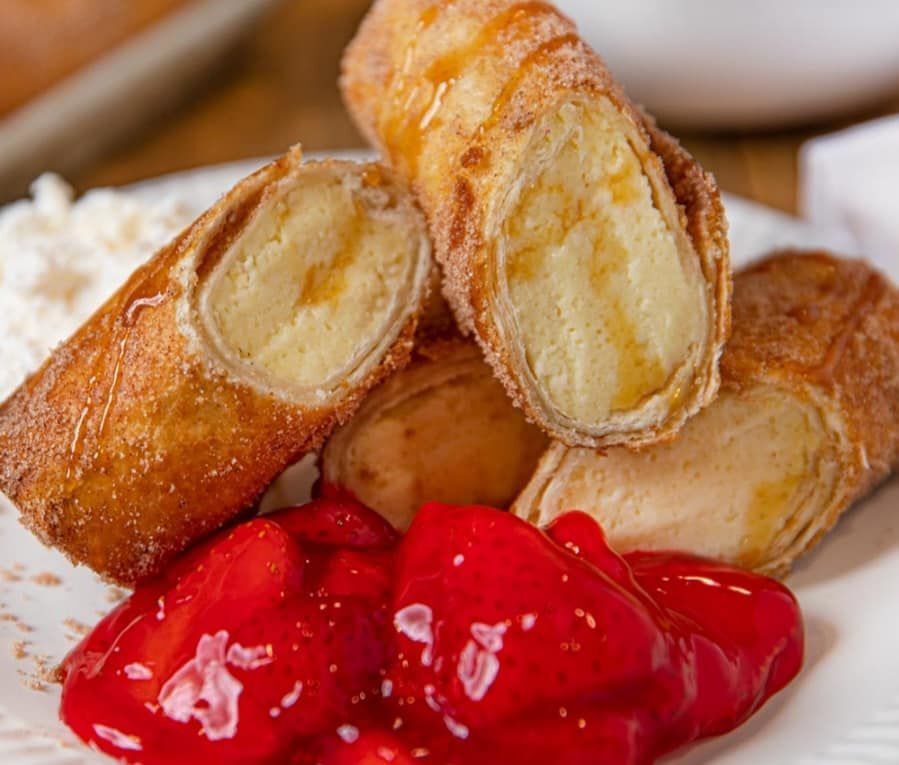 KMEX Kitchen serves everything from shredded chicken tacos with all the toppings and homemade salsa verde to sweet desserts like this Cheesecake Chimi. Photo courtesy of Kim Cisneros 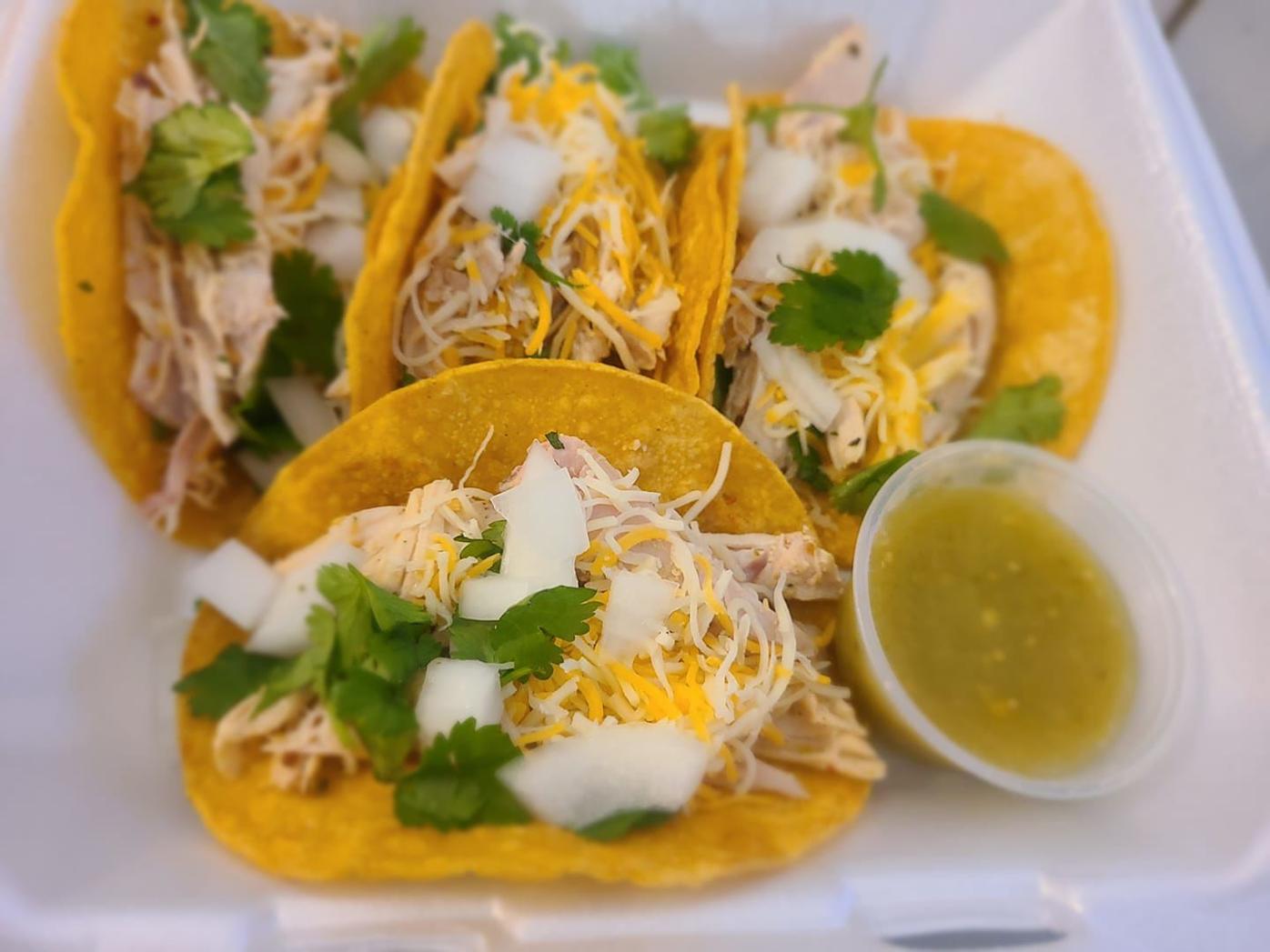 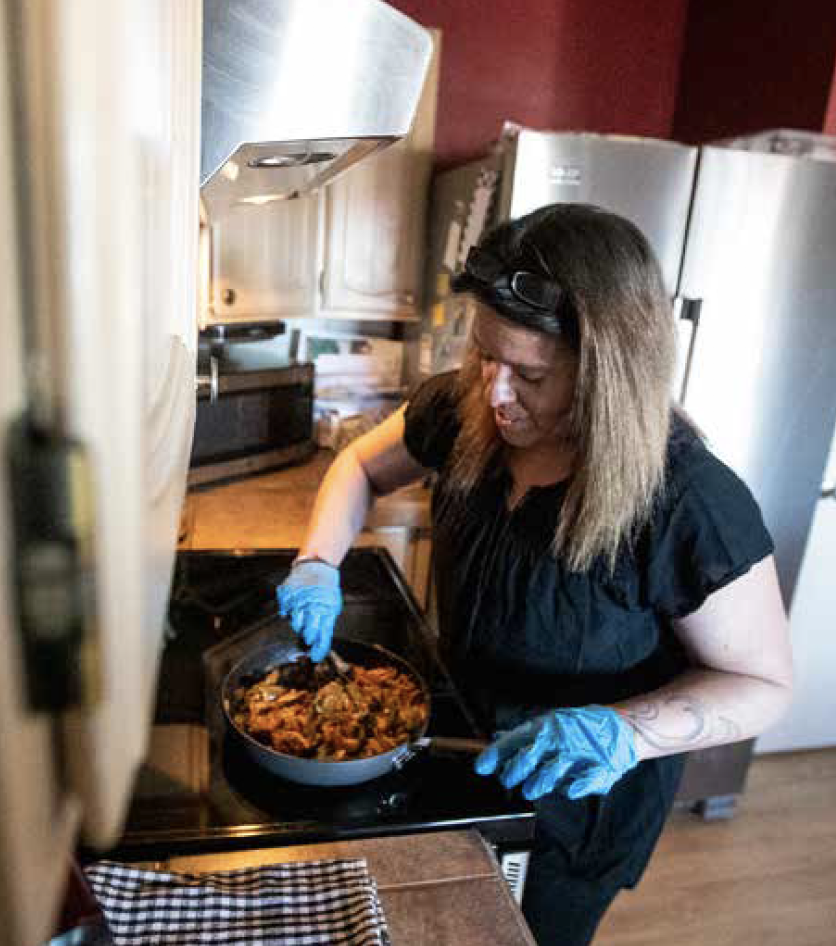 “Stormi’s Edge Curbside” kitchen is in Gillette and on the YouFeed app, where the chef specializes in crêpes of all kinds. Photo courtesy of YouFeed KMEX Kitchen serves everything from shredded chicken tacos with all the toppings and homemade salsa verde to sweet desserts like this Cheesecake Chimi. Photo courtesy of Kim Cisneros

“Stormi’s Edge Curbside” kitchen is in Gillette and on the YouFeed app, where the chef specializes in crêpes of all kinds. Photo courtesy of YouFeed

A new online platform called YouFeed is connecting home chefs with customers in a decidedly post-pandemic way, and the chefs include people ranging from those with 40 years of experience to those who have always loved to cook but have never had the chance.

“I’ve always had a passion for cooking,” said Kim Cisneros, owner and operator of KMEX Kitchen in Cheyenne. “I was raised between houses by both my grandmothers. One is from Chihuahua, Mexico, and she has an authentic Mexican cooking style. My other grandma, she has a Mexican/Colorado twist. A lot of my food has those aspects, where I like to take the best of both recipes and add my unique twist to it.”

KMEX Kitchen is listed on YouFeed, an online marketplace that enables the user to buy, cook and sell home cooking through a smartphone app. The YouFeed app was launched in Wyoming this spring, and currently serves only residents within Wyoming. Cisneros started selling his tamales for family and friends while also doing his regular job as a night shift manager at Lowe’s, selling between 20 and 25 dozen tamales a month, before he listed KMEX Kitchen on YouFeed. The new platform is great for him, he said, because the legwork of a legitimate, authentic marketplace for his food is all in place. He posts photos, videos and communicates with customers on YouFeed, and there, customers place orders, and view his prices and menus.

“It’s an interactive, unique experience,” Cisneros said. “With COVID, when everyone was home and in quarantine, when people were isolated, I wanted a safe way that I could deliver food and bring a homemade unique experience to people in a safe way. Then they get to eat and enjoy food in the comfort of their own home.”

YouFeed was started by a surgeon who also has a passion for cooking named Raman Mehrzad. He was born in Iran, and when he was 3 years old, he moved because of war. At times, he lived on one meal a day, and he and his parents built their life from nothing. His mom was a wonderful cook, and he loved food, too. He moved to the United States and attended Harvard, and at his parents’ encouragement, went into medicine.

But he never lost his love of food.

“Food was always a passion for me,” Mehrzad said. “But I know that opening a restaurant requires a lot of business knowledge, a lot of strategic knowledge, and you have to have a lot of capital.”

The average cost of opening a restaurant in the United States is $349,000, and 80% of new restaurants in the U.S. in 2018 failed. That was before COVID-19 wreaked havoc on the hospitality industry, and restaurants, in particular.

“I know there are a lot of other people just like my mom, and just like myself, who always wanted to cook food, but couldn’t because of these barriers,” Mehrzad said. “Now, YouFeed is a platform where all you have to do is cook the food, and we do the rest. We market for you, we run the operations.”

In 2015, Wyoming became the first state in the nation to adopt food freedom laws, deregulating the sale of many local products direct from the producer to the consumer. That cleared a pathway for companies like YouFeed. All the home cooks listed on YouFeed go through a vetting process must hold a valid food handling certification, Mehrzad said. If they don't have one, YouFeed will help them get one.

“My number one priority is safety, followed by success,” Mehrzad said. “If our (kitchens) are not successful, we are not going to be successful.”

YouFeed certified home cook Tess Cashin said his role is mainly as a mentor with the company. If a new chef has questions about writing a menu, pricing or anything to do with the actual cooking part of things, he can help.

“I’ve been a chef for over 45 years, and a lot of people who are new to cooking under the Wyoming Food Freedom Act may have questions, or things that I can help them solve,” he said. “One reason I came on to partner with YouFeed was that I really like the idea that they expand accessibility to customers in Wyoming.”

Ordering from YouFeed works just like any other restaurant delivery service, he said. You place the order with the kitchen of your choice, and you can search the app for kitchens in your region. You can also search for varied food types, and some that may not be offered anywhere else in Wyoming.

“We want to bring different cultures of food to rural areas. If you go to L.A., you might see 100 different kinds of food. You have Asian, Thai, African,” Mehrzad said. “In Wyoming, you don’t have that, but if you have one person … from Spain or someone from Thailand, and they open a kitchen in Wyoming, we can bring every corner of the world to Wyoming.”

What YouFeed did was come up with the technology to connect people, Cashin said.

“YouFeed allows people to get out there into the world, as opposed to having to open a restaurant or open a food truck. It is very empowering,” Cashin said. “So often, people want to cook, they would love to open a restaurant, but the limitations of money and location and experience to take on such a huge burden like that is a lot. This offers an entry point to self-employment, which is huge.”

Peer-to-peer cooking and private chef work is mushrooming all over the country, Cashin said. Famous chefs in big cities are beginning to work like this, and the national trend can be attributed to both forced change because of Covid-19, and because of the changing nature of various state food freedom laws.

“YouFeed will eventually be expanding to other states as we get the model down. I think it is really exciting,” Cashin said. “Tens of thousands, if not hundreds of thousands, of restaurants closed in 2020 due to the pandemic. Right now, there is a shortage of restaurants in this country. Small mom-and-pops that didn’t make it past COVID, or couldn’t make it on their PPP loans, they went under, and so right now, to fill that vacuum, we are providing a great service.”

There might even be a day when your favorite restaurant isn’t the place your date takes you but the kitchen you order from, he said. The benefits go both ways, from chef to consumer, Mehrzad said. Stormi Santiago, a mother of five who, after going through some tough times, including being homeless, has started a YouFeed kitchen called “Stormi’s Edge Curbside” in Gillette, and sells stuffed crêpes based on recipes she learned from her Austrian grandmother.

“Now she’s cooking, and if she makes a few hundred dollars extra a week, that is a lot,” Mehrzad said. “As a surgeon during COVID, one thing I realized is that life is precious. People really are really getting a second chance after this. A lot of people, they don’t need a million dollars to get on their feet, but they just need opportunities to make it.”