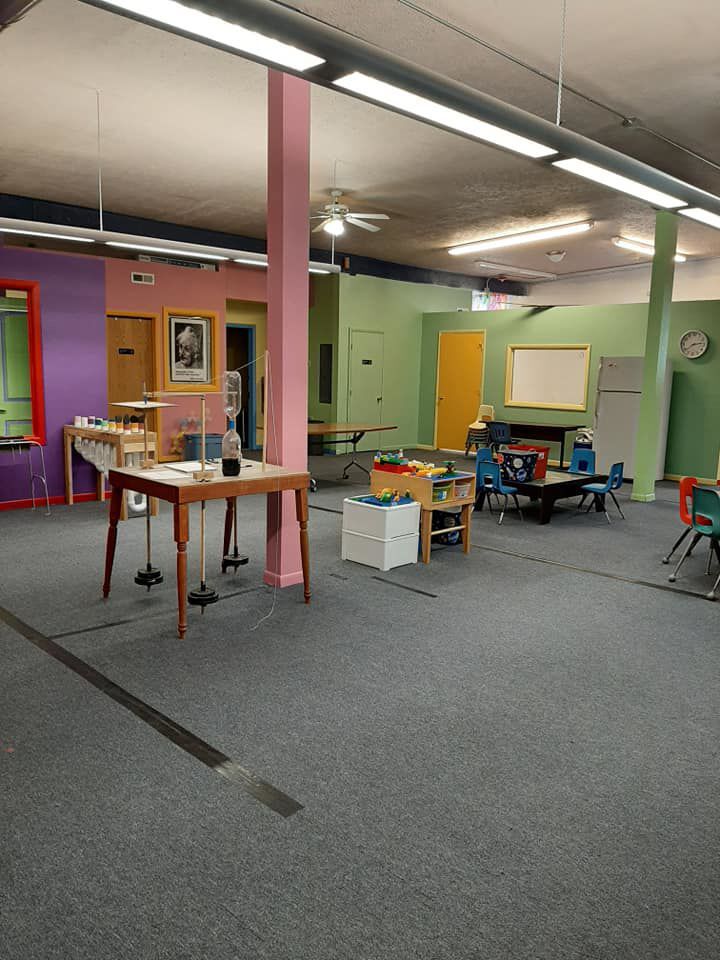 The pandemic-mandated closure of public spaces provided an opportunity for a fresh paint job and update at the 307 Discovery Center. The nonprofit is committed to affordability and operational sustainability. Courtesy 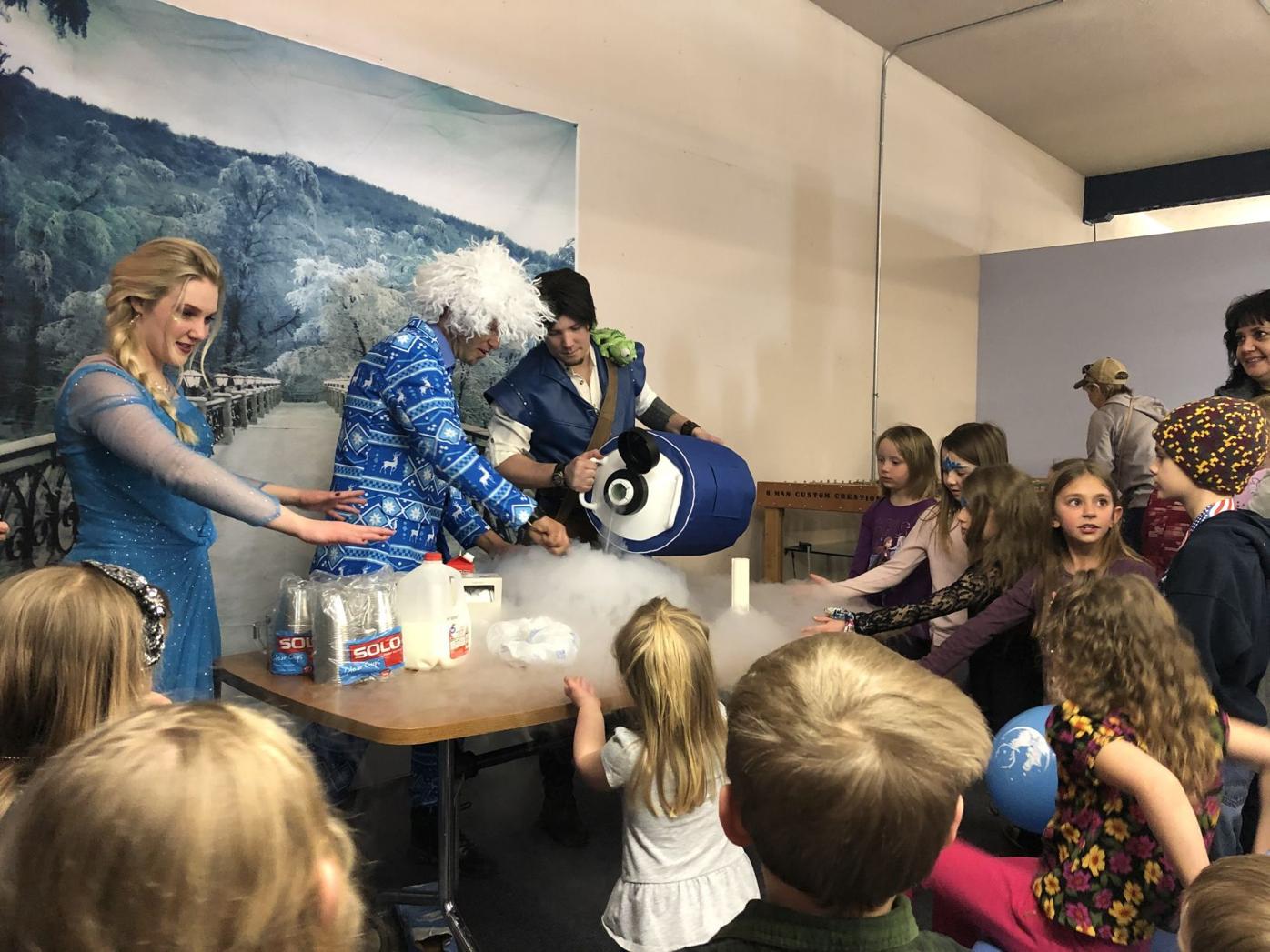 The pandemic-mandated closure of public spaces provided an opportunity for a fresh paint job and update at the 307 Discovery Center. The nonprofit is committed to affordability and operational sustainability. Courtesy

There is a fledgling children’s museum in Sheridan that exemplifies the entrepreneurial definition of patience and persistence.

The 307 Discovery Center officially began in 2015 and has followed a slow, but consistent trajectory of growth and improvement, despite being a side project that had to weather a restrictive pandemic. The outcome has been a reopening with an upgraded facility and vision.

“I come from a business background. That’s something I’m strong in,” said owner Rick Miller, who works as a mail carrier by day and has an additional business where he rents out equipment for events. “I had been looking for outlets and ways to give back to the community. I went with the nonprofit model (for the 307 Discovery Center) because I really see how something like this could be a benefit to the community.”

Sheridan is unique in that it has an unusually high number of nonprofits that have opened doors, but Miller identified a niche that was missing: a science center to nurture growing minds. Most communities of similar size have some kind of operational children’s museum, and when Miller set out to hang a shingle, he found definite interest and support.

“I met Rick at one of his first public appearances,” said Ian Wallace, an elementary teacher and parent who collaborated to get the center started. “He had set up a trifold board and handed out some flyers. I just went up to him and said, ‘I’m here for you, and we are going to make this happen’.”

Over the next few years, Miller, 33, accumulated a small team that helped him overhaul a 3,600-square-foot building he owned that had previously been a day-care center. He also invested a significant amount of his time and personal talents into putting together exhibits, which include a harmonograph he built himself, an augmented reality sand table, and a self-contained air pressure system he designed himself using a leaf blower and several meters of clear PVC pipe mounted onto a wall. Intermingled with the hard science demonstrations are sites for music, building and interactive manipulation.

The center then began hosting regular birthday parties, school visits and community events. Miller and his team often dress up as whimsical characters that fit the event of the theme. Miller frequently assumes the alter ego of Dr. Discovery, a mad scientist with wild hair who makes ice cream from liquid nitrogen.

As the center was really starting to gain traction in the community, the pandemic brought business as usual to a temporary halt.

“I wasn’t worried,” Wallace said, reflecting on the months of mandated closure brought on by the pandemic. “I haven’t met as many people who are as doggedly determined as Rick Miller is. They had a good position there with the building and the way the space was set up. It was still terribly inconvenient, but so was everything else last year.”

Instead of sitting idle, Miller used the time without visitors to repaint and remodel almost all of the space within the center, and tackle the project of shoring up an art room.

“There was a space that was already separated back from when the building was a child-care center,” Miller explained. “We managed to acquire some tile that was going to be thrown away, and a team of volunteers laid it down.”

Before the building was a day care, it had been a hair salon, and the room with new tile floors was already equipped with multiple sinks and plumbing that made for an ideal conversion into an art room. Miller said the space naturally lends itself to getting messy and being cleaned up.

“Kids can just splatter paint and help themselves,” he said with a laugh. “They can create art with very little restriction.”

The center is now conducting a soft reopening to showcase the new art room and the rest of the learning spaces and exhibits, with the ultimate goal of opening for regular hours, instead of individual events.

“I want this to be a center for everybody, whether the kid is younger or older,” Miller said, adding that through the process of dramatic transformation, he has been mindful to stay fiscally responsible. “We are not in any debt, and don’t want to be dependent on grants. We are doing some fundraising right now to get seed money, but from my business experience and background, I’m very committed to being responsible and sustainable. I don’t want to worry about getting shut down because we lost a certain type of funding in the future.”

This mix of ambition and frugality sums up the balance Miller has established for his endeavor.

“While it is set up as a nonprofit, I think there’s a certain responsivity and integrity that it needs to be run like a business and self-sustainable. Our goal is to have admission and membership that can cover our operational expenses,” he said.

“We are still very much in the process of filling a void in our community,” Miller said, emphasizing his dedication to making sure the center blooms to its full potential. “There are not that many places here in Sheridan where families can spend this kind of time together, and that hands-on experience is valuable for kids. Even if an experiment has been done a lot of times before, there’s something to be said for them doing it themselves.”