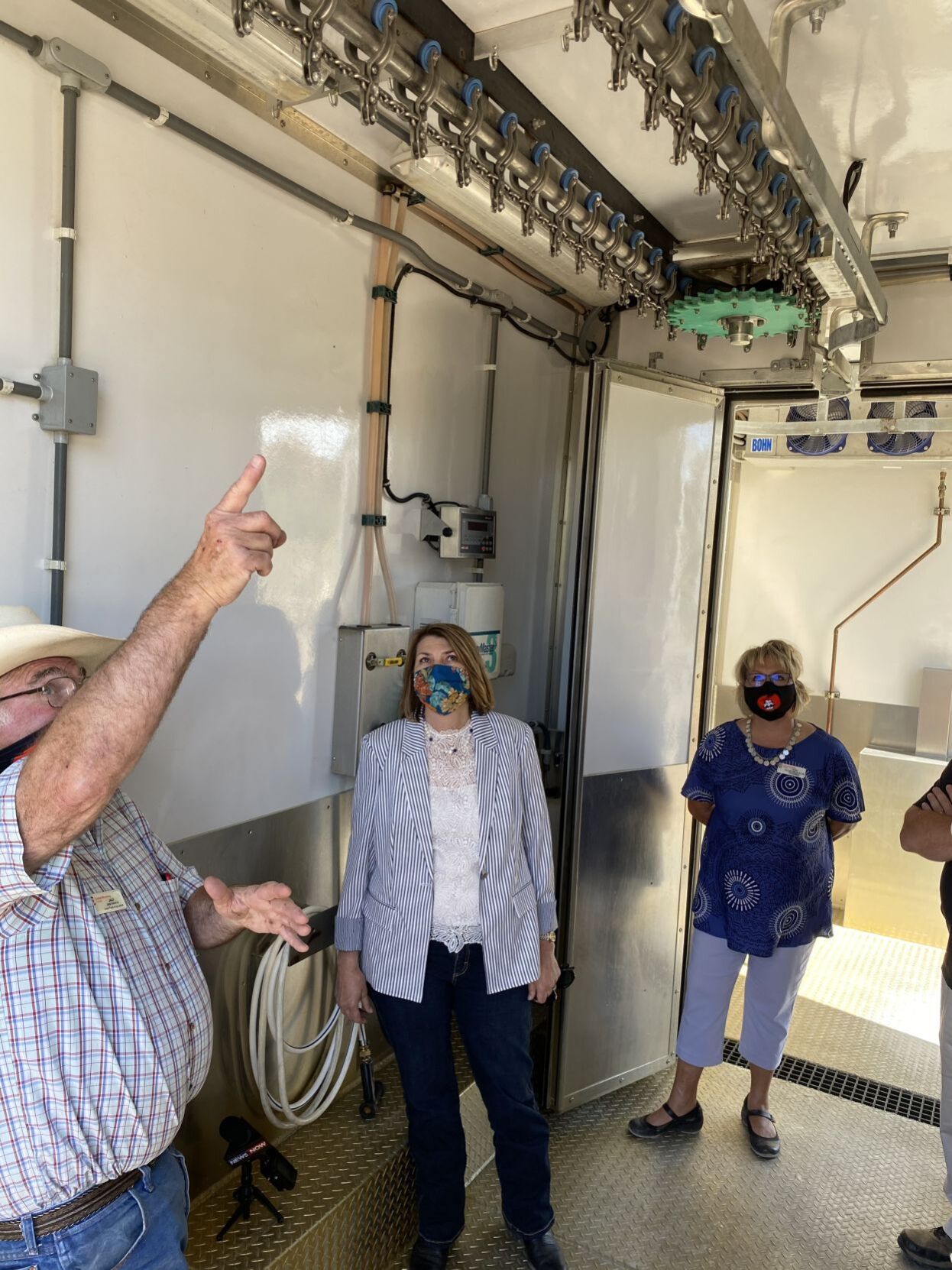 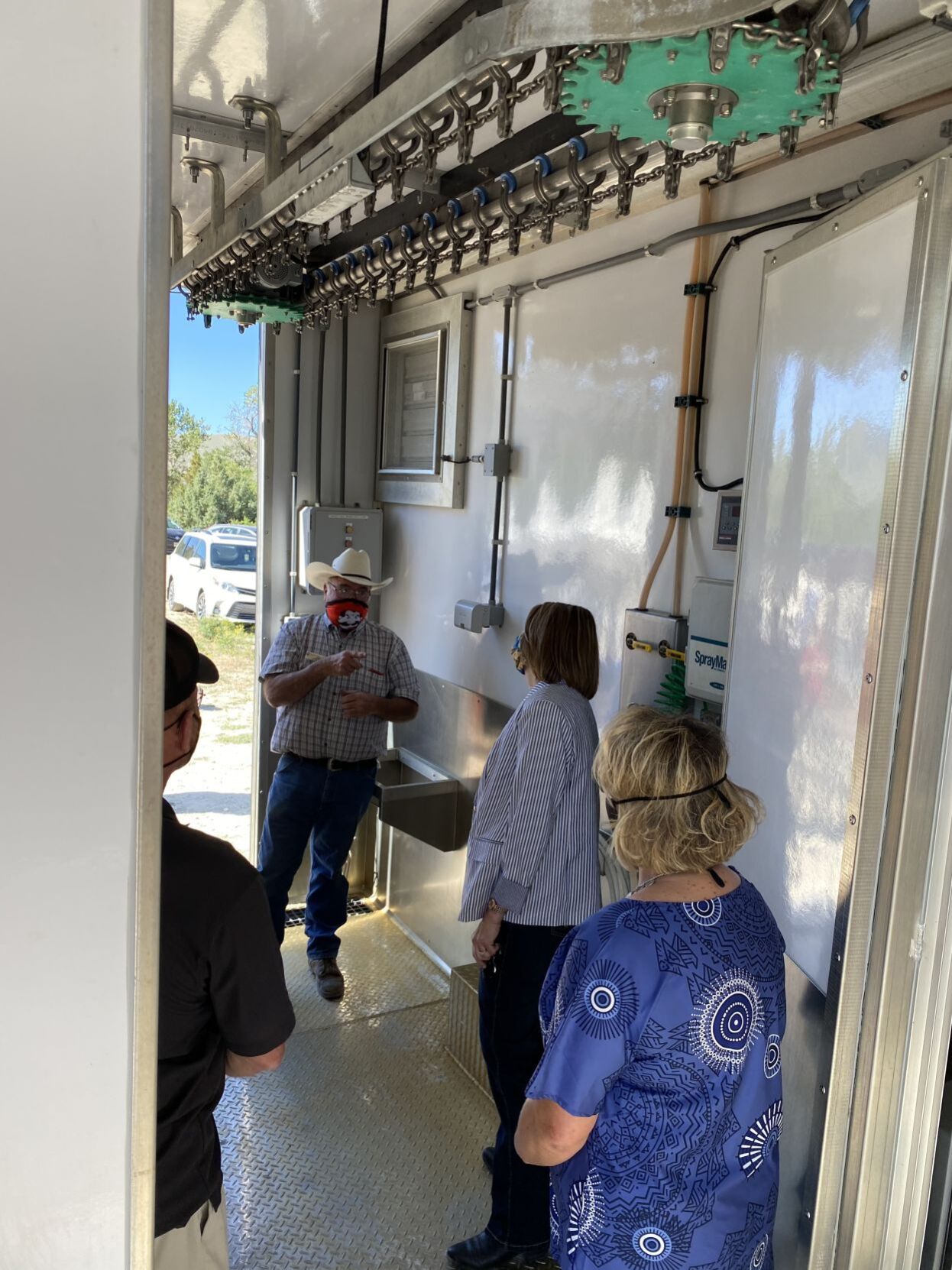 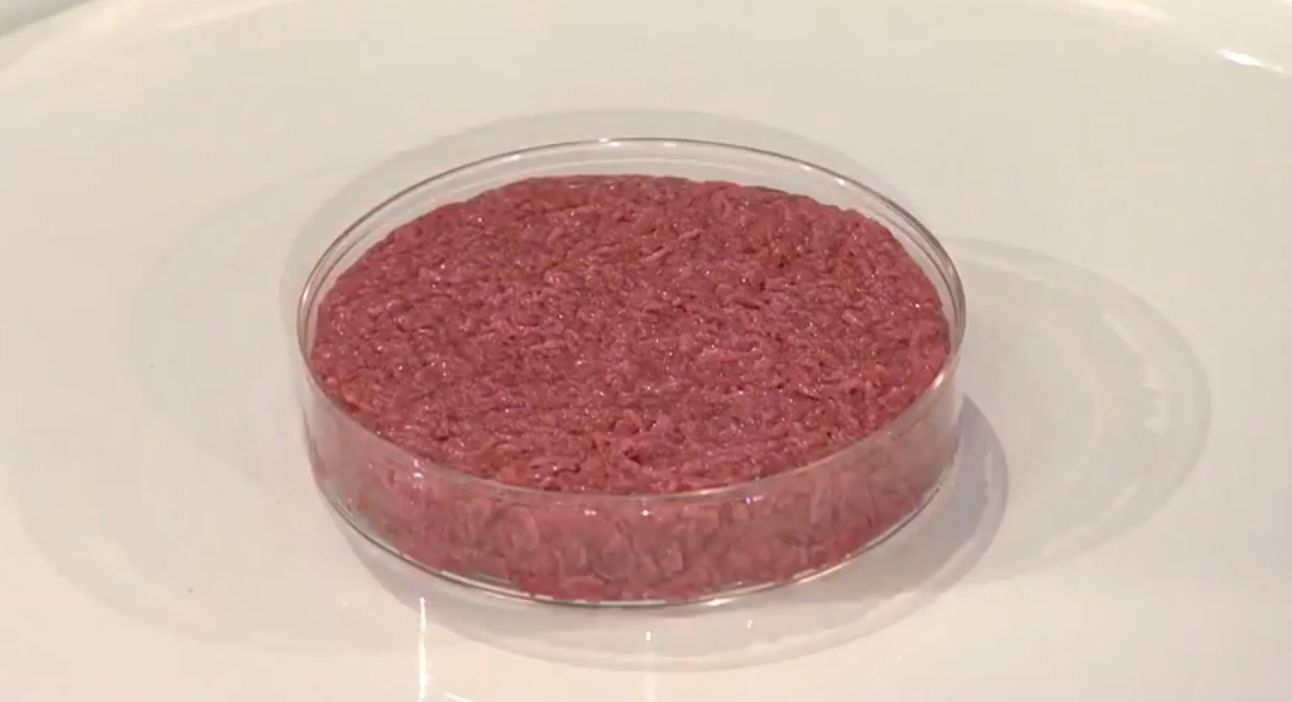 Pictured is the world’s first cultured hamburger at a news conference in London on Aug. 5, 2013. Wikimedia Commons photo 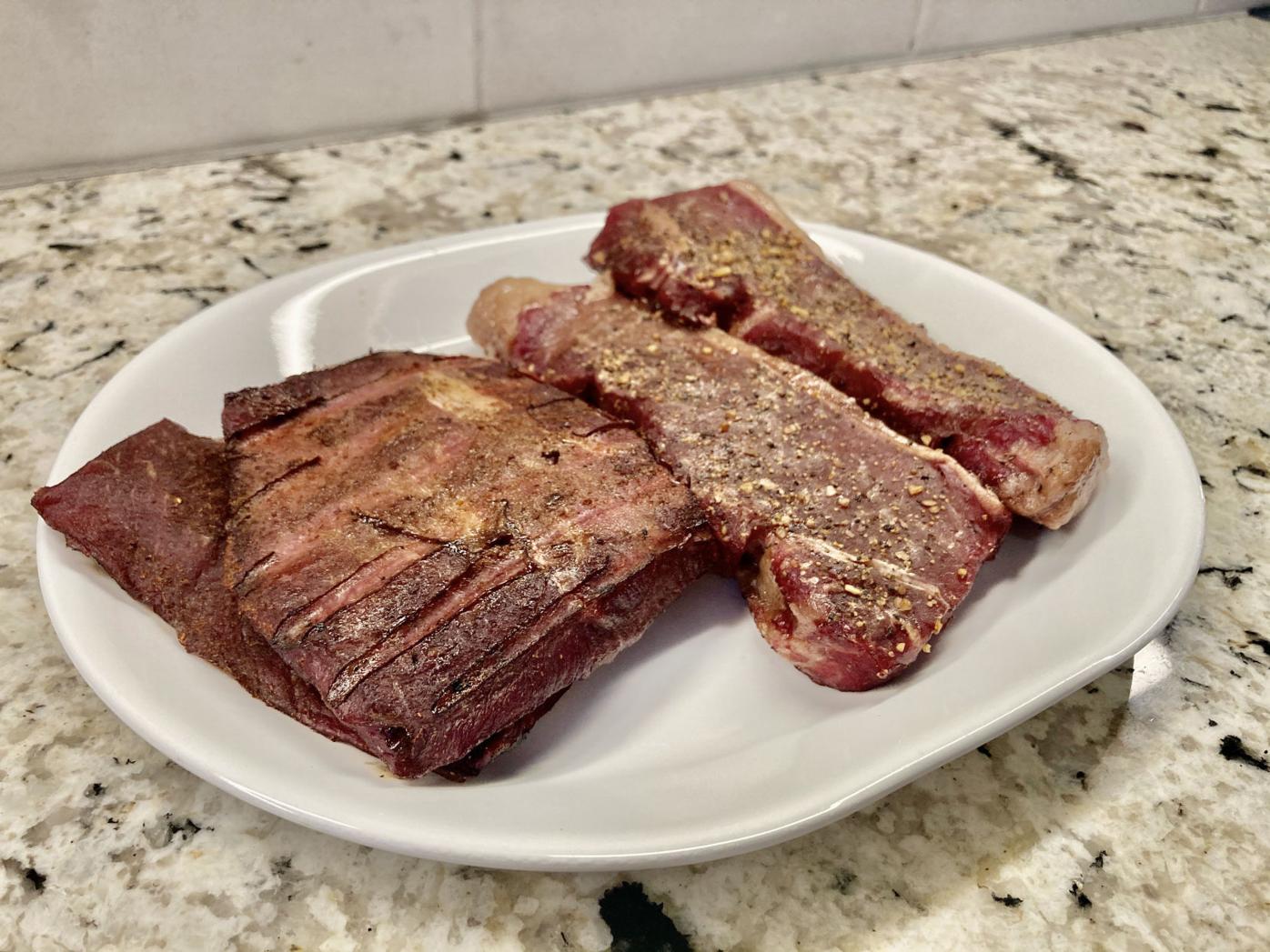 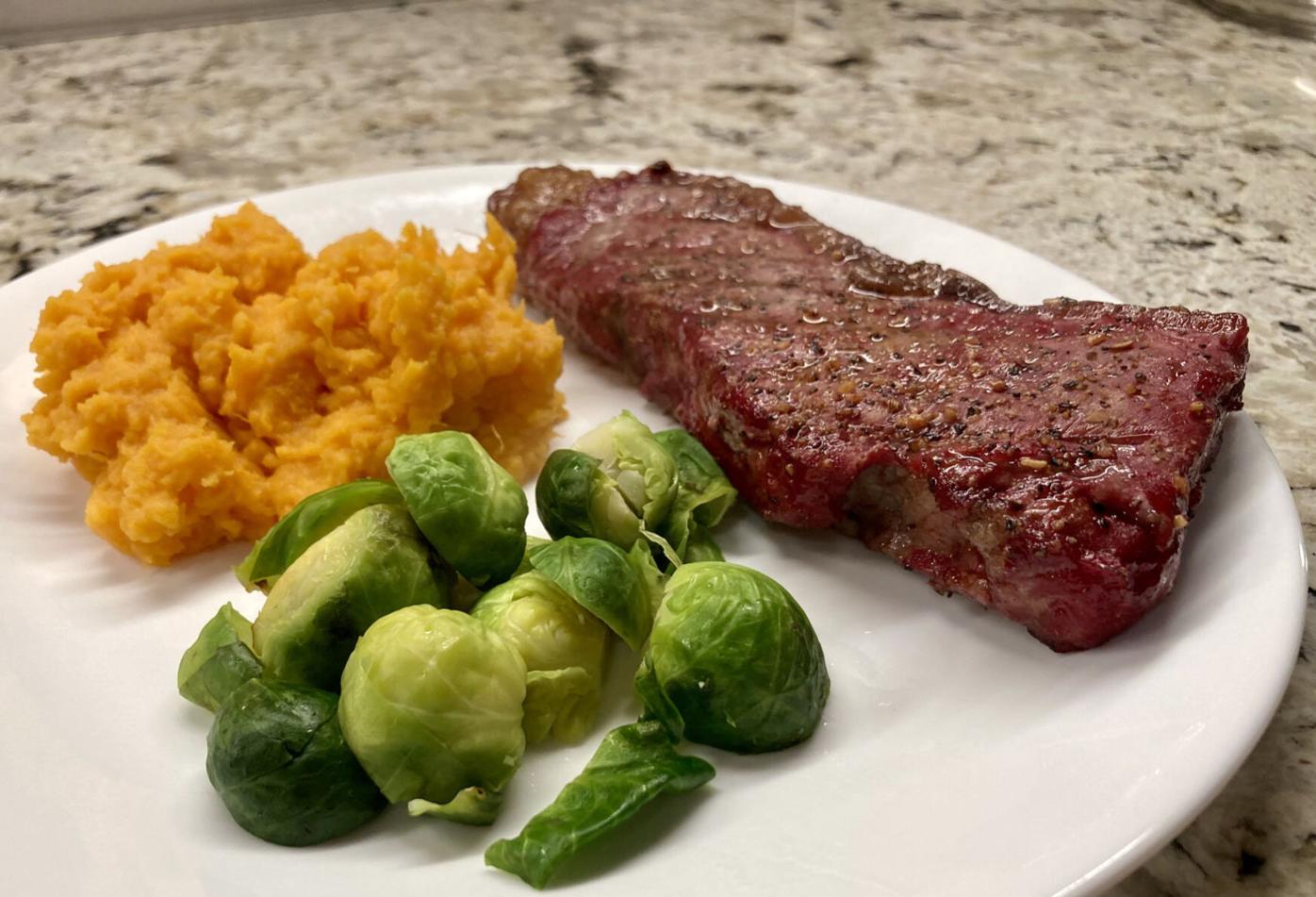 Pictured is the world’s first cultured hamburger at a news conference in London on Aug. 5, 2013. Wikimedia Commons photo

In addition to the COVID-19 pandemic, meat producers are facing a slew of challenges, ranging from a lack of processing capacity within the state to burgeoning advancements in cell-cultured meat production.

Still, many in Wyoming believe that the state’s agricultural sector has room to grow, and places great value on cattle ranching and production.

“Agriculture is an important economic and cultural driver for Wyoming, and livestock is easily the biggest sector in our state. A robust beef industry in Wyoming is crucial to maintaining our rural communities, economic health and open spaces,” said Derek Grant with the Wyoming Department of Agriculture.

In 2020, Gov. Mark Gordon announced the Wyoming Meat Processing Expansion Grant Program, funded through federal CARES Act money to provide support for Wyoming meat processing facilities. And while it is still too early to know how much impact this may have had on the industry, Grant said the state is confident the program helped processors increase meat processing capacity and will provide opportunities for producers across Wyoming.

In addition to economic and regulatory constraints, it can be hard for a small meat processor to find employees, and a new program at Central Wyoming College in Riverton aims to address just that.

“The program is twofold. We will have a certificate program that can be gained in one semester, and there will also be a two-year program that will add in math and English and other traditional courses for an associate’s degree,” said Scott Priebe, instructor of agriculture at CWC.

For the certificate program, students will take classes in food safety and in meat evaluation to understand how to grade and identify quality. A large portion of the coursework will also include fabrication, or learning how to cut and process.

“A big challenge (in the meat processing industry) is labor. It is labor intensive, and folks that are good in those arenas can typically find employment in the oil and gas sectors at a higher wage level,” Priebe said. “That’s the competition for people, and people who are strong workers who enjoy this type of work can usually be employed more quickly in oil and gas.”

However, as Wyomingites seek economic diversification opportunities in the post-COVID-19 era, there is potential in meat processing, he said.

“You have craft beers, craft wines, you have craft meats now, too,” Priebe said. “It is another niche, and with this program, we want to get people trained and interested in going into that industry. With our business school, we have an entrepreneurial program, so eventually, a student could come in with an interest and put the business piece with it, and five or 10 years down the road, have the ability to start their own business.”

Jack Schmidt, CWC’s local food liaison, said the field is one suited to people who don’t mind hands-on labor, and working with a small team.

“We want to get this thing back local, and people out there want it. We have the producers that can do it, and we want to help with the educational piece of it. We want to train people. It is self-satisfying work, and there is good money in it,” Schmidt said.

Eventually, perhaps a group of ranchers could invest in their own mobile processing unit for the cost of a tractor each, and process high-quality beef for their own community.

In addition to changes in the labor force, the beef industry might be facing a new definition – or, misunderstood definition – of meat itself.

Consumers must have the ability to stay informed, said Danielle Beck with the National Beef Council. While processing capacity is a totally different issue than cell-cultured meat, producers may have concerns about the potential impact of both on the industry. Cell-cultured meat technology has historically been funded and driven by people either invested in the process through technology, or because they have a focus on sustainability or an animal welfare agenda.

“They think this is a viable alternative to beef production in a manner that they claim is less resource intensive and kinder for animals. I think that is all still up for debate,” Beck said, but added there is something to be said for anyone working to meet global food demands.

“We believe that there is room for all of us to compete, and we are happy to do so,” she said.

Lab or cell-cultured meat is created by collecting a cell from a live animal, or a biopsy from muscle tissue or fat tissue, and co-culturing it in a nutrient dense liquid medium where the cells replicate among themselves in a bioreactor. This leads to a “meat-like product,” Beck said.

Ultimately, the regulatory oversight of these products is going to be critical moving forward, she said. Meat and poultry production is overseen by the U.S. Department of Agriculture, versus the Food and Drug Administration’s Center for Food Safety, which oversees the other 80% of food in the grocery store.

“The standards are fundamentally different between the two,” Beck said. “There aren’t any cultured meat products out in the marketplace in the United States, but when they do come to the market, ensuring that they do hold to the same set of standards is really going to be critical to ensure that we are all going to compete on an even playing field.”

Day-to-day production oversight all the way to labeling will be crucial. For example, can lab-cultured meat even be called meat?

“We have a good story to tell, and we need to do a better job about telling that story to consumers who think food magically appears in the grocery stores,” Beck said. “Having cattle on land is much better for the environment than having a bunch of strip malls out there.”