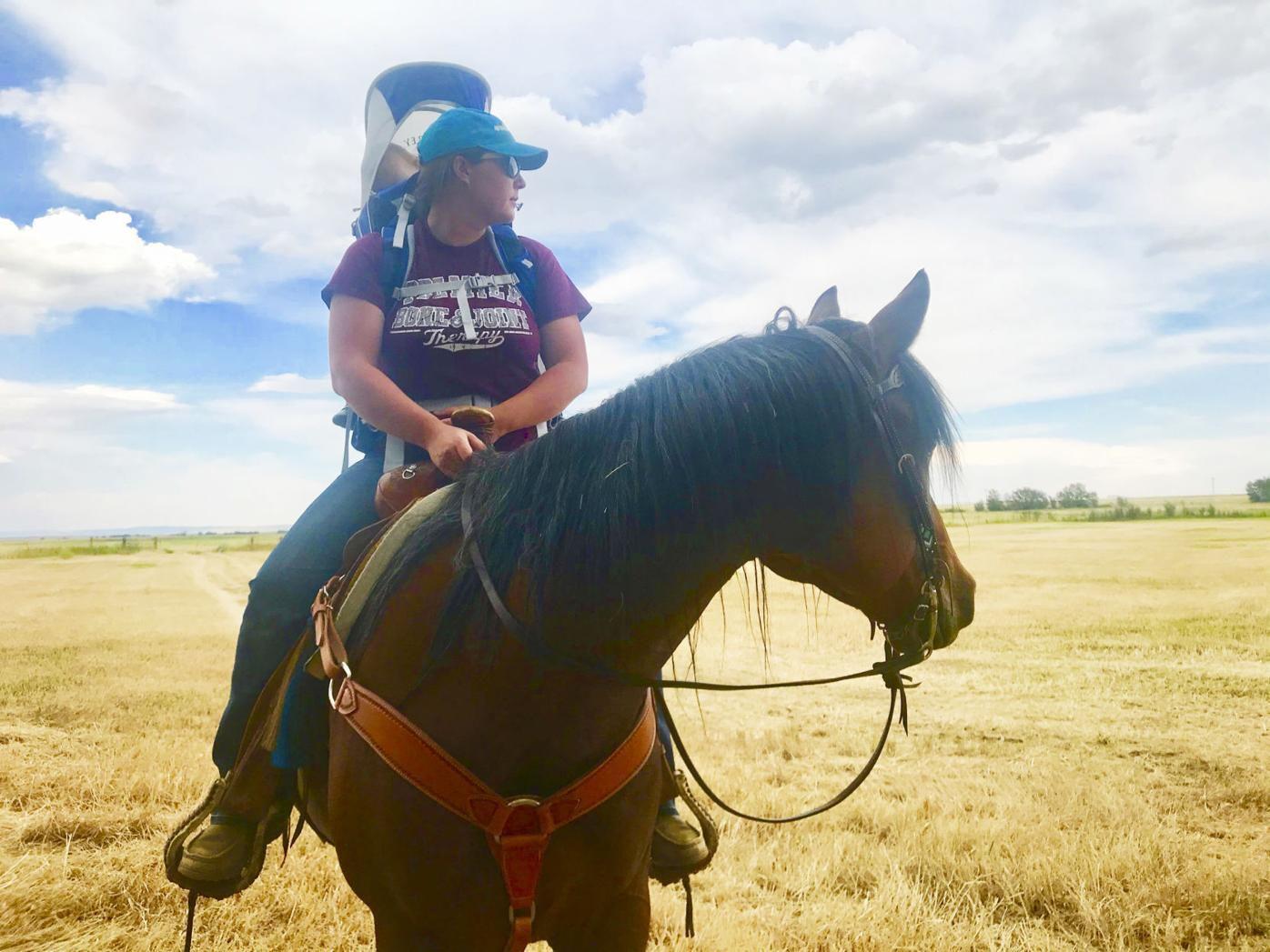 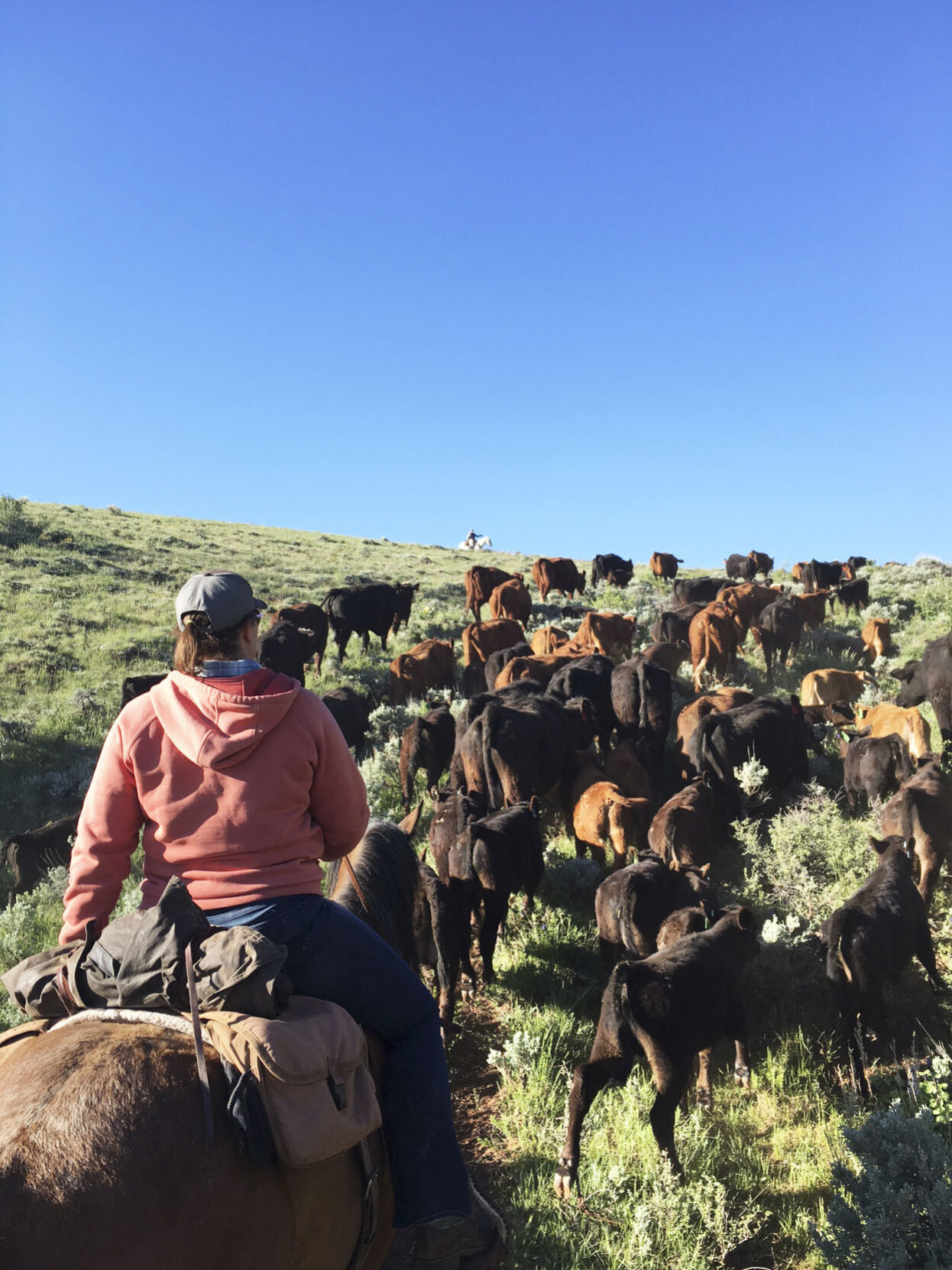 LARAMIE — Leisl Carpenter, a sixth-generation rancher and owner of the Flying Heart Ranch in the Big Laramie Valley, has filed a lawsuit against the Biden administration, claiming the $4 billion American Rescue Plan Section 1005, which targets “socially disadvantaged” farmers and ranchers, violates equal protection laws under the U.S. Constitution and blatantly discriminates against white farmers and ranchers.

Carpenter, who tends over 500 head of cattle on 2,400 acres of land, has dealt with debt since the beginning of her ranching career in her early 20s, and currently owes about $250,000 on her Farm Service Agency loan.

The direct relief provided by the rescue plan — also known as the latest COVID-19 stimulus package — could potentially alleviate up to 120% of Carpenter’s debt, but because of her racial identity and gender, she doesn’t qualify.

The COVID-19 stimulus, which explicitly excludes women, adopted the Food, Agriculture, Conservation and Trade Act of 1990 definition of socially disadvantaged farmer or rancher. This definition — provided by the USDA — includes women, in addition to American Indians or Alaskan Natives, Asians, Blacks or African-Americans, Native Hawaiians or other Pacific Islanders and Hispanics.

Furthermore, socially disadvantaged farmers or ranchers must be part of a group of members “who have been subjected to racial, ethnic or gender prejudice … without regard to their individual qualities.”

“To not get the debt relief feels like a slap in the face, because I don’t deserve it enough,” Carpenter said.

Like many farmers and ranchers, Carpenter has had to endure countless obstacles at Flying Heart Ranch in the wake of the pandemic, including parts of her land being burned by the Mullen Fire last summer. She’s also had to consider selling down her herd and forfeit leasing some of her land for forest permits and Bureau of Land Management.

“If I, or anybody else like me, could have this lifeline, it would change everything,” Carpenter said. “[But] when I was reading about the American Rescue Plan and how it was helping the minority groups … I wanted to be that person that stands up to this discrimination … because somebody has to.”

William E. Trachman, associate general counsel for the Mountain State Legal Foundation, referred to the program as a blatant violation of the Equal Protection clauses because it is solely based on race. He also said the exclusion of white farmers and ranchers was not an oversight, referencing U.S. Secretary Tom Vilsack’s stance on the statute. He stated in a March news release that the American Rescue Plan is historic for its transformative debt relief to farmers and ranchers of color.

Vilsack is also quoted in a Colorado Public Radio article as saying the relief program was designed to provide debt relief as a response to cumulative systemic discrimination, in addition to correcting a disproportionate distribution of relief funding to white farmers and ranchers.

The Laramie Boomerang contacted the USDA office for further comment, but did not receive a response by press time.

“This is the sort of thing that has been illegal for generations now … and it’s unfortunate to see the federal government acting in such a race-conscious way,” Trachman said, adding he isn’t certain the percent of COVID aid to white farmers is a fair representation of equitable relief, considering most farmers and ranchers in the United States are white.

The latest Census of Agriculture reports about 95% of all farm producers are white, whereas Hispanics, Native Americans or Alaskan Natives, Asians, Blacks, Hawaiians or Pacific Islanders make up 3%, 1.7%, 0.6%, 1.3% and 0.1% respectively. Additionally, the number of female producers, who tend to be more involved in day-to-day operations, recordkeeping and financial management, increased by nearly 27%, but are still underrepresented in aid.

“I’m certainly cognizant that discrimination had existed in the country and may yet exist, but the (previous) COVID relief bills weren’t themselves discriminatory,” Trachman said. He added he is open to race neutral policies, which are more attuned to legal and social values.

“We can either prove that the interests underlying the program is not compelling enough,” Trachman said, or establish the means taken — race-based eligibility — are not narrowly enough tailored, meaning anyone in that disadvantaged group is eligible for aid, regardless of COVID-related devastation.

To clarify the importance of the two-part process, which is standard procedure for standard Equal Protection inquires, Trachman used academia as an example, stating a university’s interest in further diversifying its student population is sufficient to count as a compelling interest, thus the implementation of a race-conscious policy may be legitimate.

However, admitting every student of color to fulfill an institutional quota doesn’t limit the scope enough and is therefore not narrowly tailored to legitimately reach that goal.

In essence, Carpenter contests that loan forgiveness up to 120% for socially disadvantaged farmers and ranchers of color is not itself compelling because majority of farmers and ranchers, despite skin color, have been drastically impacted by the pandemic.

Additionally, because the COVID-19 stimulus package does not require any proof of economic hardship or racial prejudice, any farmer or rancher, in theory, qualifies for loan forgiveness.

“You could simply be a member of one of those (socially disadvantaged) groups and now be eligible, regardless of your individual circumstances,” Trachman said.

“The statute, regardless of its purported aims and goods, does not actually meet its target,” he added.

As of May 26, the U.S. government had 60 days to respond to Carpenter’s lawsuit, which challenges President Joe Biden’s relief plan under the Equal Protection principles of the Fifth Amendment. According to the news briefing, released the same day, Trachman said the case has been assigned to U.S. States District Judge Nancy Freudenthal for the District of Wyoming.