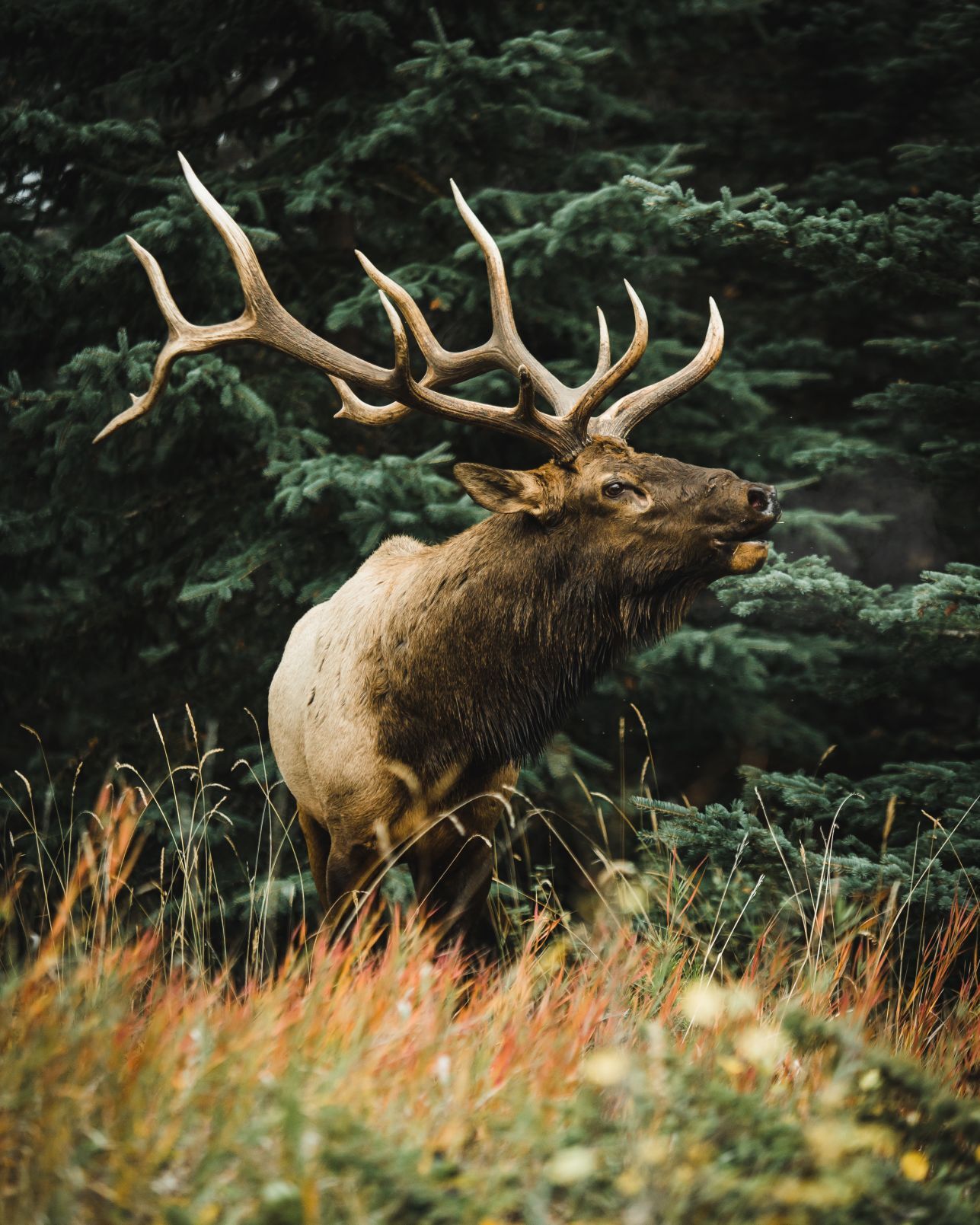 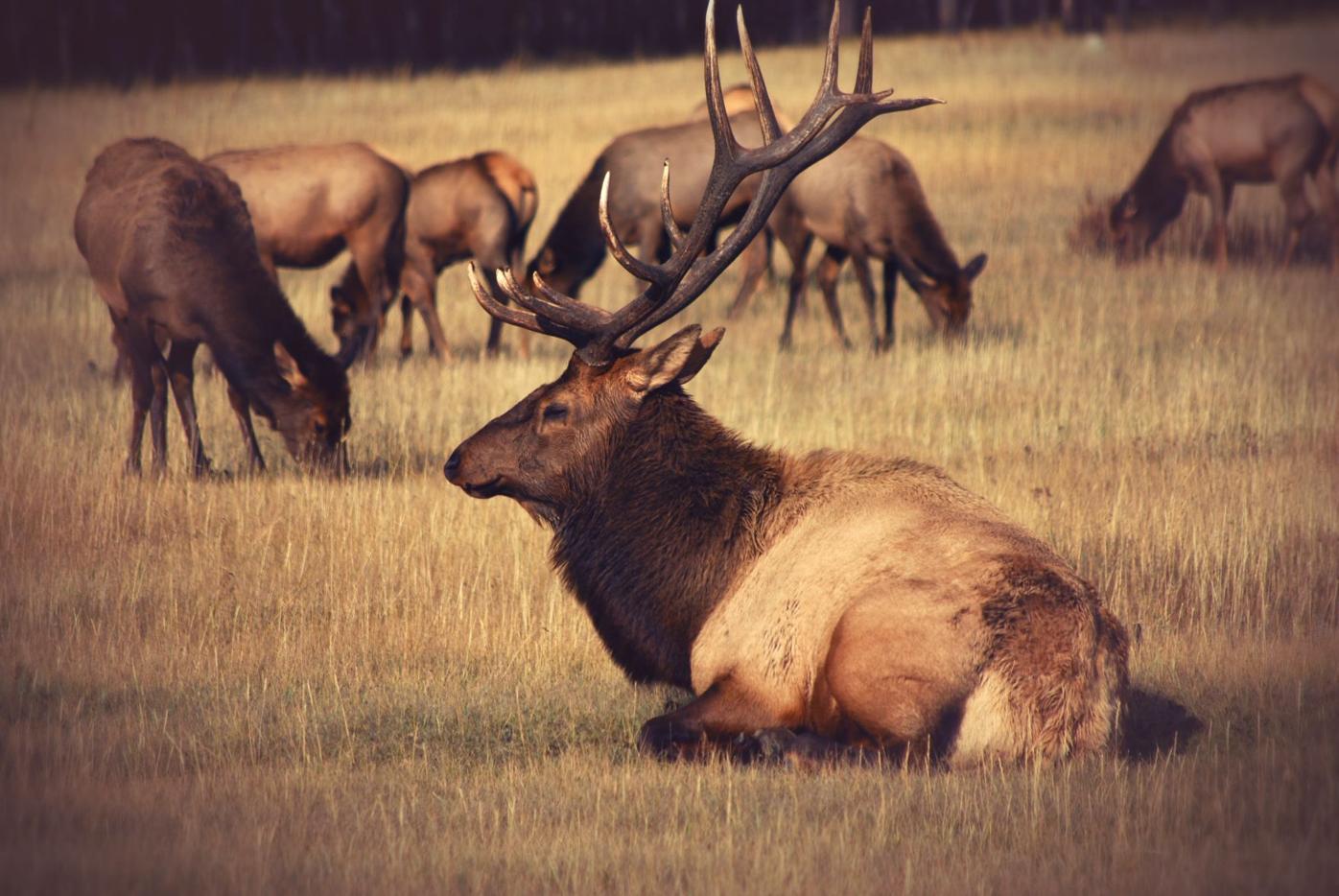 A bull elk with a herd of cows. Brian Holdsworth photo 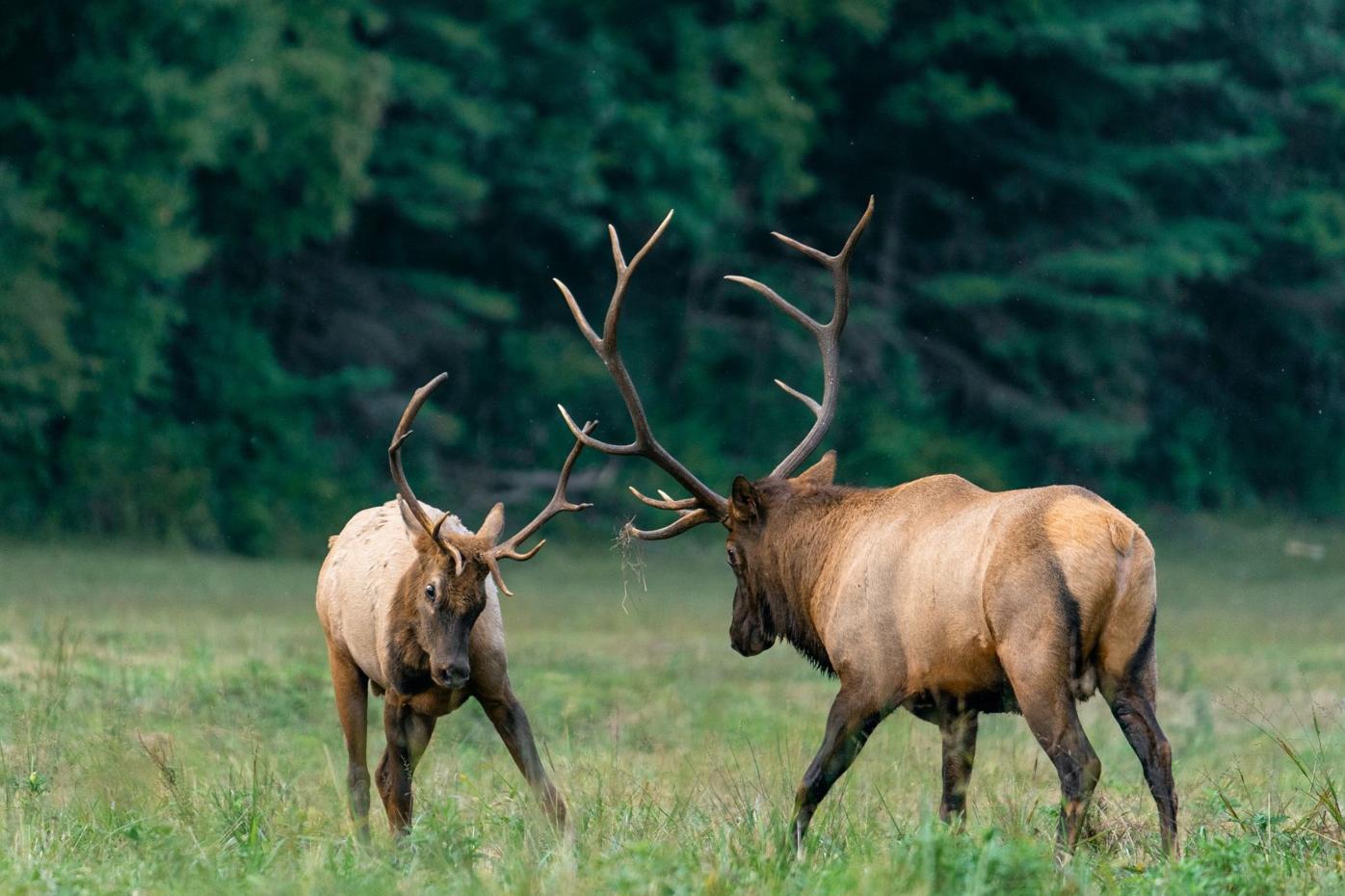 Above: A mature bull elk and a younger elk spar. Edward Taylor/courtesy 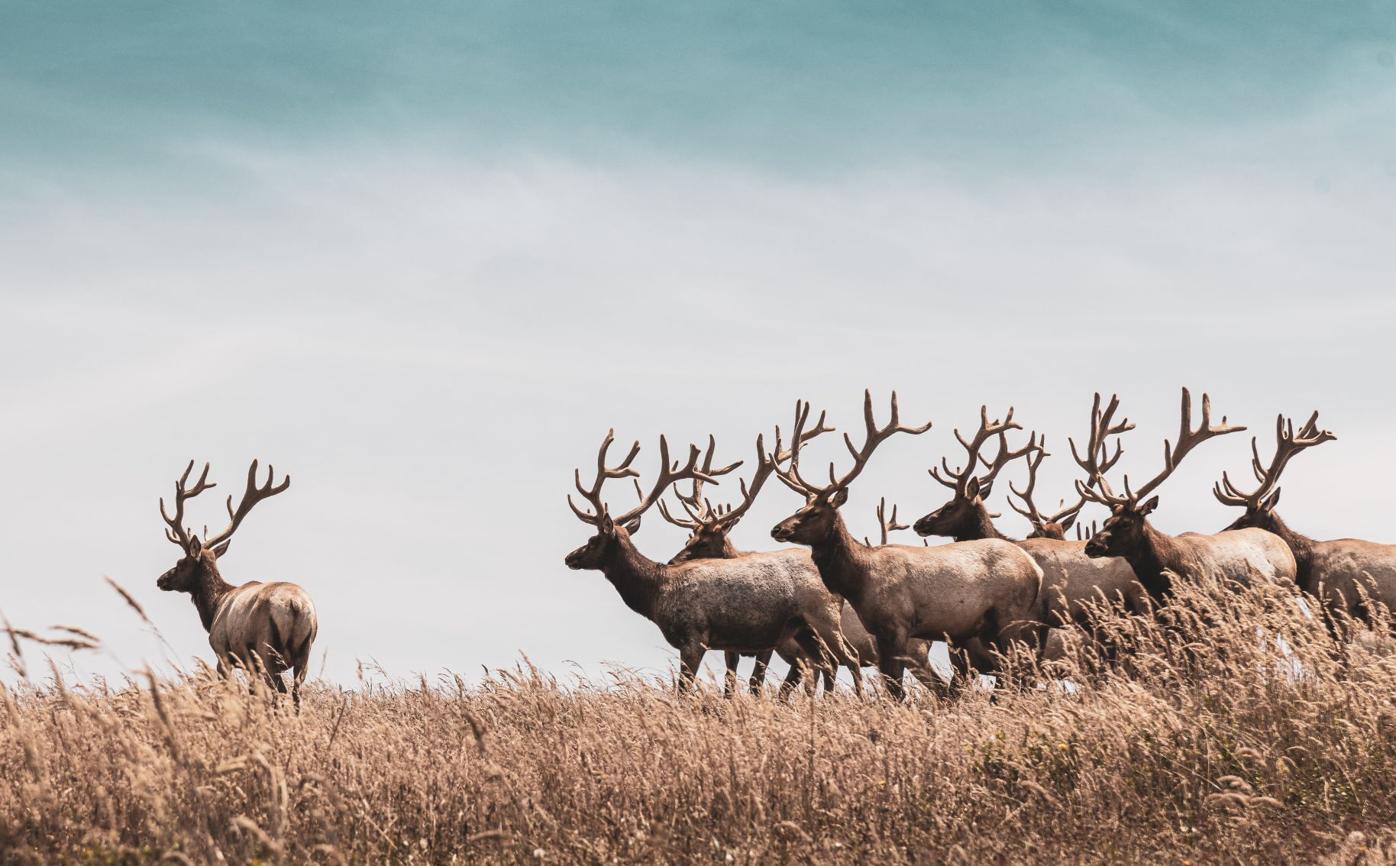 A herd of bull elk. Photo by Hari Nandakumar 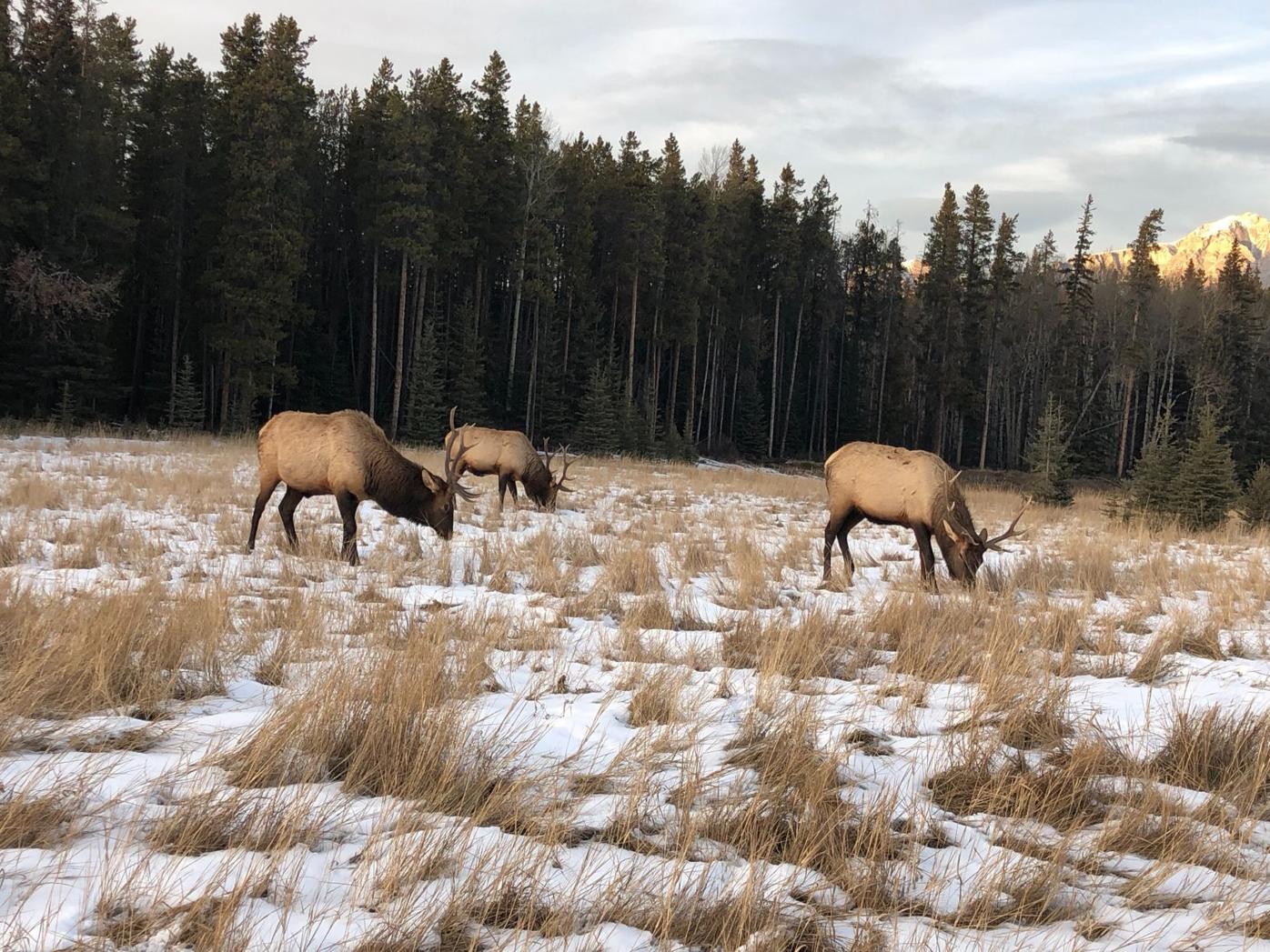 A bull elk with a herd of cows. Brian Holdsworth photo

Above: A mature bull elk and a younger elk spar. Edward Taylor/courtesy

A herd of bull elk. Photo by Hari Nandakumar

The lawsuit was filed in Wyoming’s Ninth Judicial District Court last week by Mountain Pursuit, a Jackson-based nonprofit that advocates for resident hunters and conservation efforts across several western states.

The case largely centers on the process through which the Wyoming Game and Fish Commission, the seven-member board tasked with forming policy for the wildlife agency, issues complimentary hunting licenses to designated nonprofits, which then auction these licenses off at a considerable price.

Each commission member receives up to eight licenses each year to issue to nonprofit organizations of their choice. During this year’s authorizations, two commissioners issued licenses, which are used to hunt big game such as elk, deer and antelope, to the Wyoming Outfitters and Guides Association, one of the state’s main promotional hunting groups.

The lawsuit filed by Mountain Pursuit argues the association was improperly given those licenses, stating it fails to meet the definition of a “nonprofit charitable organization” allowed to receive the licenses.

“WYOGA is not an entity within (state law) that is eligible for the issuance of Complimentary Licenses by the Commission,” the lawsuit states. “Therefore, the licenses granted to the entity are null and void.”

The outfitters association is registered as a trade association, a specific type of nonprofit, with the Secretary of State’s office, according to an initial filing from 2007. Rob Shaul, president and founder of Mountain Pursuit, said that beyond not meeting the definition of a “charitable nonprofit organization,” his main issue with the outfitters association is that it advocates for out-of-state hunters over resident hunters.

“Especially egregious for us is when these (licenses) are going to organizations that are working against resident hunters, and specifically, in this case, it’s the outfitters association,” Shaul said in an interview.

The Wyoming Outfitters and Guides Association has received at least one complimentary license in each of the last five years, according to information from the Wyoming Game and Fish Department. When Mountain Pursuit challenged the license being issued to the association this year, a Game and Fish official responded stating that the outfitters association “met all regulatory requirements at time of application,” according to the lawsuit.

The argument that the outfitters group does not meet the standards of a “charitable nonprofit organization” could potentially apply to other groups that receive the complimentary licenses. Sy Gilliland, president of the Wyoming Outfitters and Guides Association, noted the commissioners have “a lot of latitude” on what entities receive the licenses, ranging from volunteer fire departments to predatory animal boards to 4-H foundations.

“Shaul picked out WYOGA, not simply based upon WYOGA is the only one that gets a license that doesn’t fit what he considers a legitimate use for the license, but it’s simply because it’s WYOGA,” Gilliland said. “There’s several organizations that get licenses that may not fit his narrow scope of what he thinks the license should be used for.”

Mountain Pursuit’s lawsuit further argues that because the Wyoming Outfitters and Guides Association conducts lobbying activity with state lawmakers, the group is ineligible for the complimentary licenses, which each can sell for as high as $20,000 or more.

During the recent legislative session, for example, WYOGA was among a handful of groups that opposed Senate File 103, which would have boosted the percentage of big game licenses that go to residents. That proposal failed by a 4-1 vote in a Senate committee, with Shaul arguing the group’s lobbying efforts are evidence that it shouldn’t receive any complimentary licenses.

“Let’s say they take these two tags, they auction them off for $25,000 a piece, then use that to hire a lobbyist that’s going to fight us in January (next session) when we come up with that bill again,” Shaul said. “It just kills me.”

However, Gilliland argues that the issue of resident hunting privileges should be kept separate from the complimentary licenses. In fact, he said, applying for the licenses requires any group to disclose what they would use the profits for, and his association pledged to use all of the profits to defend Wyoming’s 22 state-run elk feedgrounds, as well as the National Elk Refuge in Teton County.

“Right now, the elk feedground system, amongst the state and the National Elk Refuge, is under attack by radical, green conservation groups, and it’s our contention that these feedgrounds need to be protected,” Gilliland said. “None of the funds raised from the licenses from the commissioners is in any way, shape or form used for administrative costs for our organization, nor any lobbying costs.”

As for SF 103, Gilliland said his association was primarily opposed to the bill because a newly formed group, the Wyoming Wildlife Taskforce, plans to review the same issues over the next 18 months. Some business-focused groups also raised concerns about advancing the bill.

“It was certainly premature and not appropriate to deal with that legislatively when there was going to be an exhaustive effort spent for 18 months by several stakeholder groups to study this very topic,” Gilliland said.

A timeline for the lawsuit remains murky, though Shaul said he hoped to have a court ruling by Sept. 1, the date that elk hunting season largely begins in Wyoming. An official with the Wyoming Game and Fish Department declined to comment on the matter due to the ongoing litigation.

A Jackson-based hunting advocacy group filed a lawsuit against the Wyoming Game and Fish Commission in district court last week, alleging that two commissioners improperly issued complementary big game licenses to the state’s primary outfitters association despite it not being eligible for them under state law.