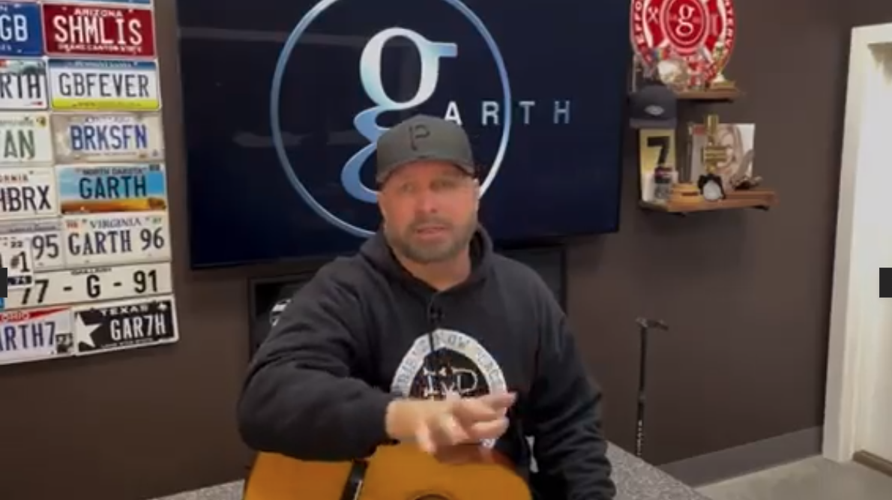 Garth Brooks in a video for a Cheyenne Frontier Days suicide prevention campaign. Screenshot on Tuesday. 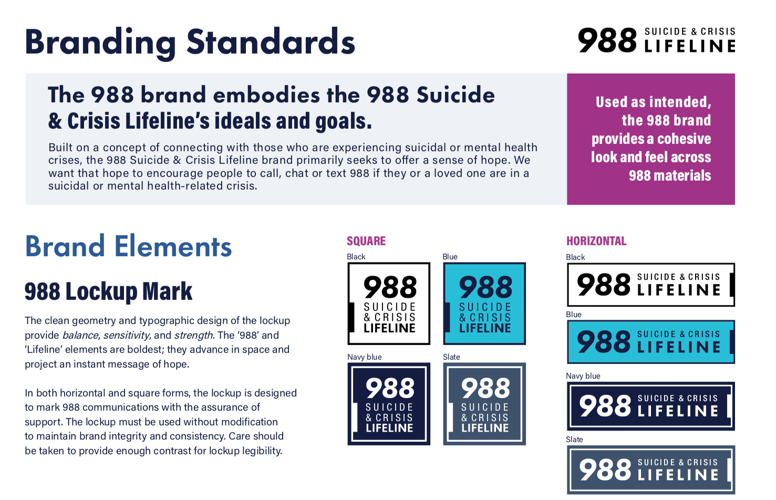 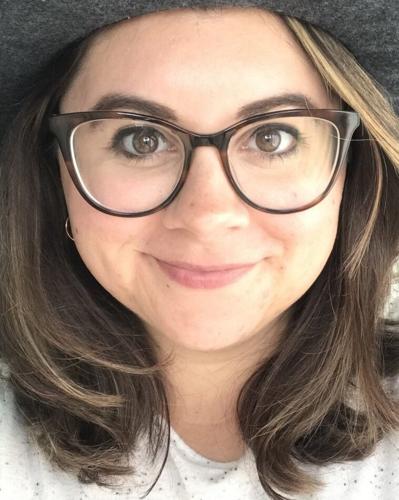 University of Wyoming’s Amanda DeDiego, in a courtesy photo she provided. 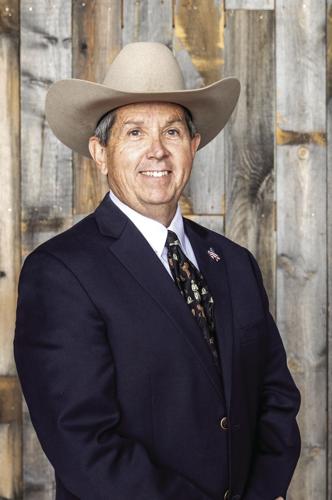 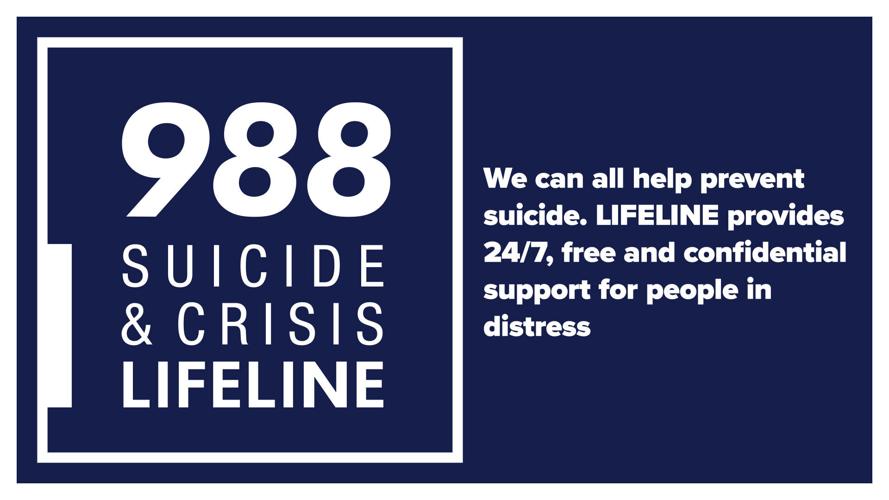 A reminder about the 988 suicide prevention number, distributed by Cheyenne Frontier Days on Thursday. 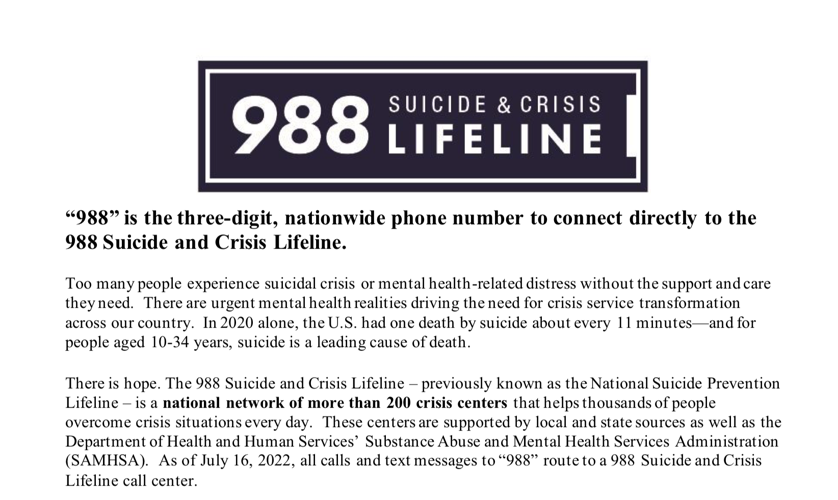 The Federal Communications Commission's explanation of the 988 suicide prevention hotline.

Garth Brooks in a video for a Cheyenne Frontier Days suicide prevention campaign. Screenshot on Tuesday.

University of Wyoming’s Amanda DeDiego, in a courtesy photo she provided.

A reminder about the 988 suicide prevention number, distributed by Cheyenne Frontier Days on Thursday.

The Federal Communications Commission's explanation of the 988 suicide prevention hotline.

CHEYENNE – A new public service announcement and related publicity effort by this region's biggest annual event should help raise awareness about suicide prevention, experts agreed. They said this PSA is well timed to coincide with the start of a new three-digit telephone number for an existing nationwide free hotline, one that previously required dialing 10 digits.

As reported on last week, just as the 988 nationwide number was getting underway after years of preparation, Cheyenne Frontier Days unveiled a separate, yet related, initiative. The goal of the CFD program, named "pickup man" after the rodeo assistant who attends to the roughstock rider, is to bring attention to the problem of suicide and to ways virtually anyone can help those they know.

Stakeholders told the Wyoming Tribune Eagle in recent days that because CFD's new effort stars high-profile country musician and CFD performer Garth Brooks, this should further help to bring awareness to the fact that even in their most dire emotional times, people are not alone.

Rather than limiting this effort only to be shown in conjunction with the CFD event itself, the organization could work with other rodeos to use similar content. By expanding to additional events, including those outside of this geographic region, the pickup man program can help to spread the word about 988 and about ways to assist peers in getting help during crises.

"I think visibility is really important (with such awareness efforts), and it's nice that CFD is taking this really large venue that they have" to show the PSA video, said the University of Wyoming's Amanda DeDiego, an assistant professor of counseling. Others said they, too, appreciated that CFD is tackling this issue, and this can raise the visibility of available resources.

Wyoming for years has led the nation, or been toward the top of this undesirable list, among all states when it comes to the rate of suicides, experts noted.

"During my time at the department, which has been over 16 and a half years now, we have been at the top or near the top pretty consistently" in these rankings, said Kim Deti of the Wyoming Department of Health. "It is not a new phenomenon, unfortunately."

"Suicide is a leading cause of preventable death in Wyoming, with negative impacts that are felt by individuals, families and communities throughout the state," notes a suicide information and prevention website of WDH, where Deti is the public information officer.

One of the campaign's organizers said prep work went into the campaign itself, so efforts to expand it could be examined after CFD is over.

"I would hope that they would keep using that resource" at other rodeos and additional public events, said DeDiego. She has her own counseling practice in Casper, where she coordinates UW's masters in counseling academic program.

In the PSA, Brooks mentions the need to help one's peers and notes Wyoming's high suicide rate (in what he calls the cowboy way of life). The PSA lasts approximately one minute and 20 seconds.

Brooks, whose representatives did not reply to a query for this news article, does not directly mention the 988 hotline.

At the end of the video, a slide appears promoting what it calls the "988 suicide & crises lifeline." The text goes on to say, "We can all help prevent suicide. LIFELINE provides 24/7, free and confidential support for people in distress."

The musician produced and paid for the costs associated with making this video, according to Rick Schum, a board member of the CFD organization who was involved in organizing the effort.

Given the organizers of the annual rodeo, fair, food and concerts event cannot address access to mental health care, they wanted to try to reduce the stigma that can be associated with seeking such assistance, Schum said by phone. "Maybe we can make a little bit of a difference in trying to de-stigmatize the discussion."

"We came up with the idea of the pickup man," Schum recalled of fellow organizers. "That would be a good play on words and maybe something people could relate to." After all, he added, "if we (in rodeo) can talk about it, everyone can talk about it."

The video is being shown at every rodeo during this year's CFD, with what he described as a lead-in to the content highlighting the actual pickup men in the ring. It is also being shown during every night show.

"We want to get out in front of a couple hundred thousand people through this week," Schum said. "We’re going to try to help them out," he said of the 988 number, which he described as a type of mental health pickup man.

The WDH representative and others noted that 988 is meant for situations in which "someone needs the support of a counselor." Calling 911 is meant for when "someone is really in imminent danger of harming themselves" and/or others, Deti said.

"I really like the way this campaign focuses on the pickup idea. That is just a stroke of genius," said Donna Birkholz, who is on the board of the Wyoming chapter of American Foundation for Suicide Prevention. "That can be a powerful metaphor." It's one that she thinks translates clearly from rodeo culture to ranchers and to fans of rodeo and of other cattle-related events.

"Rising awareness and reducing stigma means more people will reach out for help," whether via 988 or by other methods, said Birkholz. Like others, she noted that there are barriers to actually getting in-person mental health care in Wyoming.

"There is so much to be done" in suicide prevention, Birkholz said by phone. "You put out one fire, but there is still so much more to deal with."

Meanwhile, WDH will work with an advertising agency on a statewide campaign to promote awareness of 988, using money from a federal grant, Deti noted. "We will be promoting that number. ... We’ll be working to establish" awareness of 988.

Already, the federal Substance Abuse and Mental Health Services Administration has promotional materials and other information available online about 988, noted a spokesperson for the Federal Communications Commission. For its part, the FCC has helped to oversee telecommunications' companies prep work for connecting to the phone number.

SAMHSA materials note the associated 988 "brand primarily seeks to offer a sense of hope. We want that hope to encourage people to call, chat or text 988 if they or a loved one are in a suicidal or mental health-related crisis." Regarding the 988 quasi-logo, which the agency calls a "lockup mark," the "clean geometry and typographic design of the lockup provide balance, sensitivity and strength."

As do some other publicity materials, SAMHSA points out the pre-existing 800-273-8255 number continues to work, and using that or 988 connects people to the same services.

Jonathan Make is the Wyoming Tribune Eagle’s assistant managing editor and editor of the Wyoming Business Report. He can be reached at jmake@wyomingnews.com or 307-633-3129. Follow him on Twitter @makejdm.

How to get help

Information from state and federal agencies and other organizations: