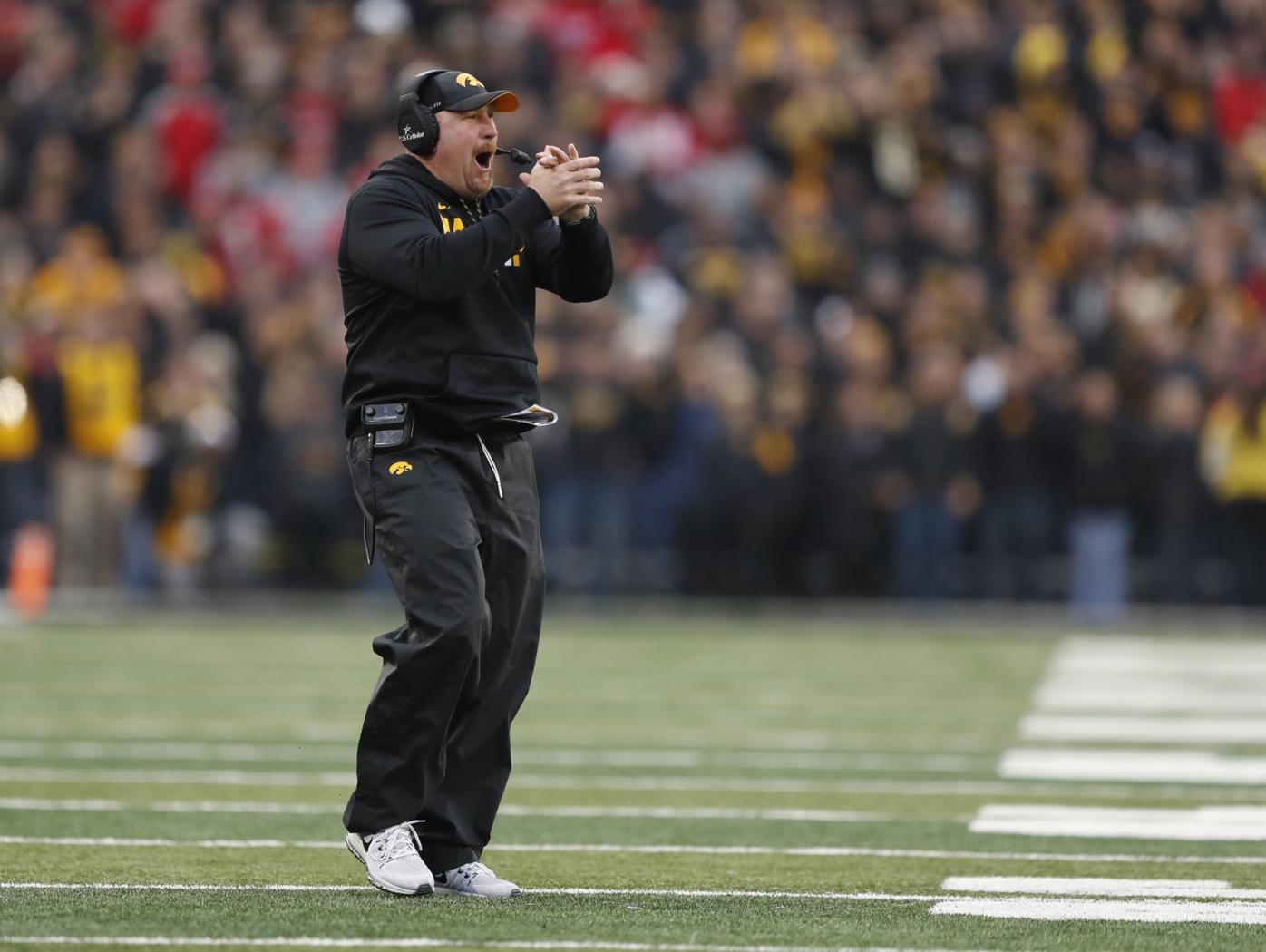 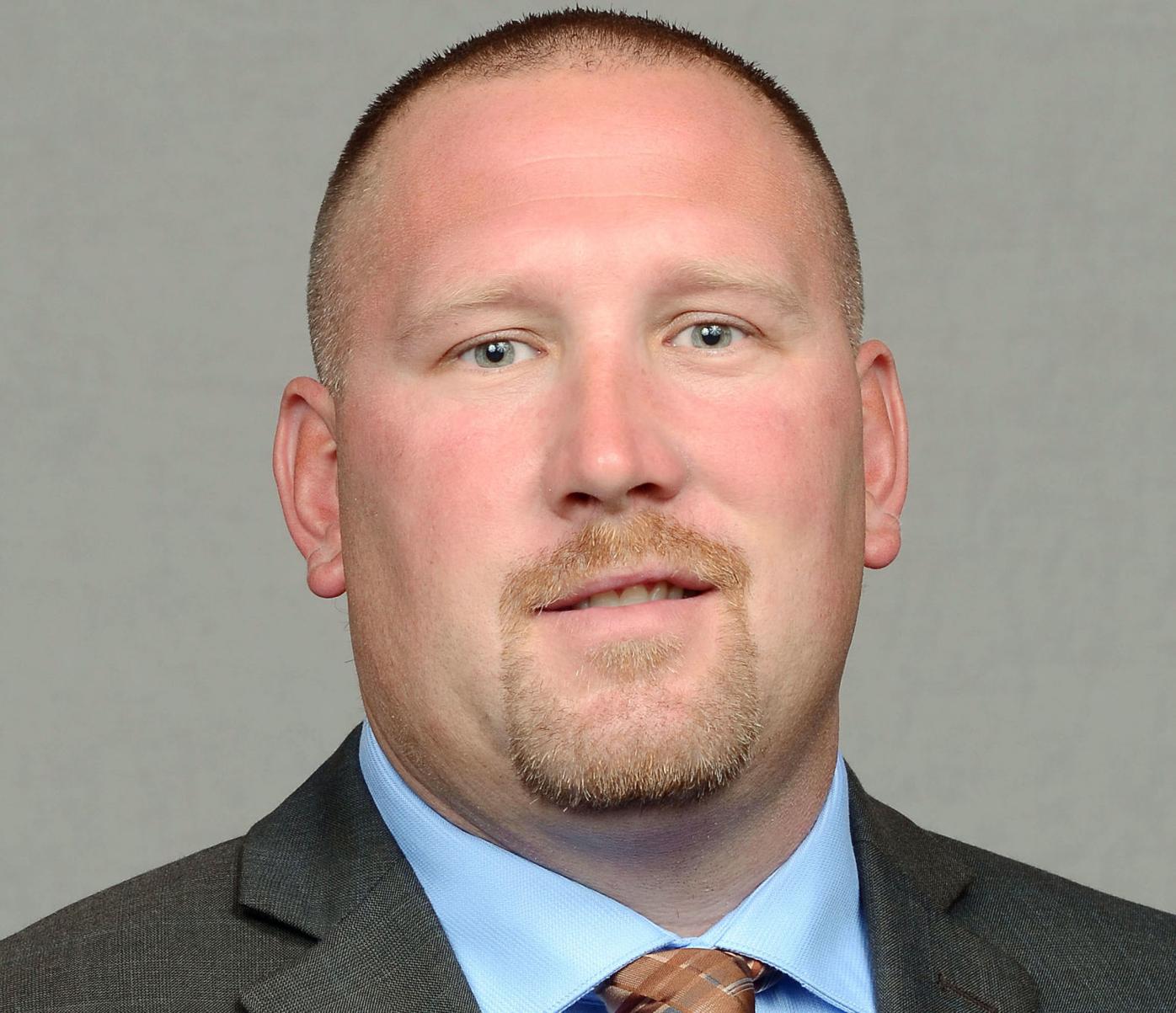 LARAMIE – Meeting with media Wednesday afternoon in a zoom call, University of Wyoming coach Craig Bohl recounted the tale of when he first hired Tim Polasek as a graduate assistant at North Dakota State 15 years ago.

Polasek, at that time an assistant at Division III Wisconsin-Stevens Point, had no money for gas to drive to Fargo, North Dakota, Bohl, then the Bison coach, said. Polasek was, however, an avid golfer. He sold his beloved driver for around $150, filled up his tank, drove to the school and slept on the field at the Fargo Dome, “until the maintenance people kicked him out,” according to Bohl.

That drive to do whatever it took to reach his goals has clearly stuck with Bohl, even after all these years. An “intense desire to be a great football coach,” as Bohl calls it, isn’t something everyone has.

But it’s a quality of Polasek’s that Bohl has admired from Day One.

Polasek, most recently the offensive line coach at the University of Iowa, was named UW’s offensive coordinator and quarterbacks coach Wednesday morning. Multiple sources confirmed the hire with WyoSports on Tuesday, and ESPN’s Adam Rittenberg was the first to report the news.

Polasek was a graduate assistant at NDSU in 2006 and served as the Bison running backs coach from 2007-11. He was then the tight ends/fullbacks coach and special teams coordinator from 2010-12. Polasek then took a job at Northern Illinois as tight ends and fullbacks coach in 2013 before returning to Fargo, North Dakota for the 2014 season.

He played quarterback at Concordia University in Wisconsin, a Division III program, and is the school’s all-time leading passer. Polasek was inducted into the school’s hall of fame in 2012.

“Without question, we wanted what’s best for Brent. For us, in a perfect world, for him to stay here with would have been everything selfish on our part … It was going to be hard for me not to see him being the guy that was going to be (Montana State’s) head coach. So, you know, my mind began to put between point A and point B, what direction do we go? … It’s imperative to really know the person. … I mean, we're one big family. And so, it was something (where) I knew (that) the stars were aligning.

“We waited until we knew for sure, when Brent had the job. And then things began to move fairly quickly, which is an indicator to me that it's the right move.”

Polasek took over as North Dakota State’s offensive coordinator when Vigen and Bohl took jobs at UW. In three seasons leading the offense under head coach Chris Klieman, the Bison won two national championships and averaged 32.9, 34.9 and 29.1 points per game from 2014-16, respectively. While at North Dakota State, Polasek coached Carson Wentz, who was the No. 2 overall pick in the 2016 NFL draft by the Philadelphia Eagles.

Much like Vigen’s offenses, Polasek’s North Dakota State teams relied heavily on the run. His teams ranked 13th in rushing yards per game in 2014 and ’15 and ranked 11th in ’16. While North Dakota State’s quarterbacks didn’t throw for a ton of yardage under Polasek, they were extremely efficient, twice ranking in the top-11 nationally in passing efficiency.

During his time as Iowa’s offensive line coach, Polasek helped develop tackle Tristan Wirfs, who was the 13th pick in the 2020 NFL draft by the Tampa Bay Buccaneers. Wirfs started all 20 games for the Super Bowl champion Bucs as a rookie, including all four in the postseason. The Hawkeyes were second in the Big Ten in scoring offense in 2020 at 31.8 points per game and led the conference in red-zone offense, scoring on just under 92% of trips inside the opponent's 20-yard line.

“To reunite with Coach Bohl, a true mentor of mine, is very special. A long time ago, Coach Bohl took a chance on me and helped me learn how to be a teacher and a leader. He laid the foundation of what is my coaching philosophy and teaching style. I will do everything I can to help him continue his success with Cowboy Football," Polasek said in a statement. "A huge thank you to (Iowa head coach) Kirk Ferentz for taking a shot on an offensive coach who had never coached the O-line. I’ve learned so much in my four years at Iowa, and I will forever be grateful ... I would like to thank all of my former players for accepting me and allowing me to help them achieve success and reach their full potential. They all hold a special place in my heart. Their improvements, their journeys and their accomplishments are truly why I love coaching football."

One of the things that stuck out to Bohl about Polasek was his willingness to do whatever was required of him. He had never coached offensive line prior to taking his job at Iowa, a school long-known for churning out NFL-caliber linemen. Polasek has also dabbled as a defensive positional coach.

Back when he was an assistant at Nebraska, Bohl said head coach Tom Osborne went up to a white board and wrote down the traits he needs to see in an assistant. Three of the keys were: “Is he a good person?”, “Is he intelligent?” and, “Can he communicate?” The last skill, being able to teach a positional group, would fall in line if the candidate had the other three.

Suffice to say, Bohl feels Polasek checks off all the boxes.

“(He) just was a football nut. Was always upstairs, always looking to grow,” Bohl said. “He was able to break things down and then articulate that and relay it to players.”

The Cowboys’ offenses were a mixed bag under Vigen, who played tight end at North Dakota State. UW has finished in the top-25 scoring offense once in seven seasons, in 2016 when the Josh Allen-led Cowboys averaged just under 36 points per game. In six other seasons, UW has averaged 22.4 points per game.

Vigen’s UW offenses were run-oriented, particularly in recent seasons. UW finished 23rd and 14th in rushing yards per game, respectively, in each of the last two seasons. The Cowboys have ranked in the top-40 of rushing offenses nationally in four of his seven seasons.

Vigen was widely lauded as helping find and develop Allen, now the starting quarterback for the Buffalo Bills and the runner-up in the most recent NFL MVP voting. Aside from the two seasons Allen started, however, UW’s passing attack has struggled at times, though some of that can be attributed to inexperienced quarterback play.

Following Allen’s departure, UW has started freshmen or sophomores at quarterback in every game. Starting signal-caller Sean Chambers has suffered season-ending injuries in each of his three seasons, including a broken left leg during the first series against Nevada in the 2020 opener that forced redshirt freshman Levi Williams into the starting role for the remainder of the season. The Cowboys finished the season 2-4.

Bohl has mentioned the notion of “reengineering the offense” several times this offseason following 2020’s disappointing production. While Bohl still holds firm on his team being predicated on power running and that scrapping the offensive philosophy completely would be “missing the mark,” he wants to see Polasek put an emphasis on efficient play-action passing and more varied run schemes that attack the perimeter more effectively.

“(We need) to be more of an attacking offense,” Bohl said. “We certainly need to improve our completion percentage. You know, 46% is way off mark. We need to be right around 60% mark, we need to be more efficient in our running game. … You look at the Super Bowl, and who won that game: the team that was able to run the football, but then along with that, play-action pass and protect.

“We will be a run-first football team, but we cannot be three yards and a cloud of dust and punt. That's just not going to allow us to win.”

The Montana State job came open in recent weeks following the departure of head coach Jeff Choate, who left Bozeman, Montana, to become the co-defensive coordinator at the University of Texas. Under Choate, the Bobcats finished 11-4 in 2019 and advanced to the FCS semifinals, losing to eventual champion North Dakota State. Choate went 28-22 over four seasons as Montana State’s head coach.

The Bobcats did not play football this fall due to the COVID-19 pandemic and have opted out of the Big Sky Conference’s spring season as well.

In a twist of fate, Montana State is slated to be UW’s opponent in the 2021 season opener, with the Bobcats playing Sept. 4 at War Memorial Stadium.

Bohl was extremely appreciative of all of Vigen’s contributions in 18 years as an assistant at North Dakota State and Wyoming. The time for Vigen to be a head coach was bound to arrive eventually, Bohl said, and this one felt like the correct move for his understudy.

Bohl said he currently does not anticipate Vigen poaching any of his assistants.

“This is a venture that he and I have talked about. We knew this day was coming. And he's a remarkable football coach,” Bohl said. “So, we want to wish he and the Bobcat Nation the very best, with the exception of one game next year.”