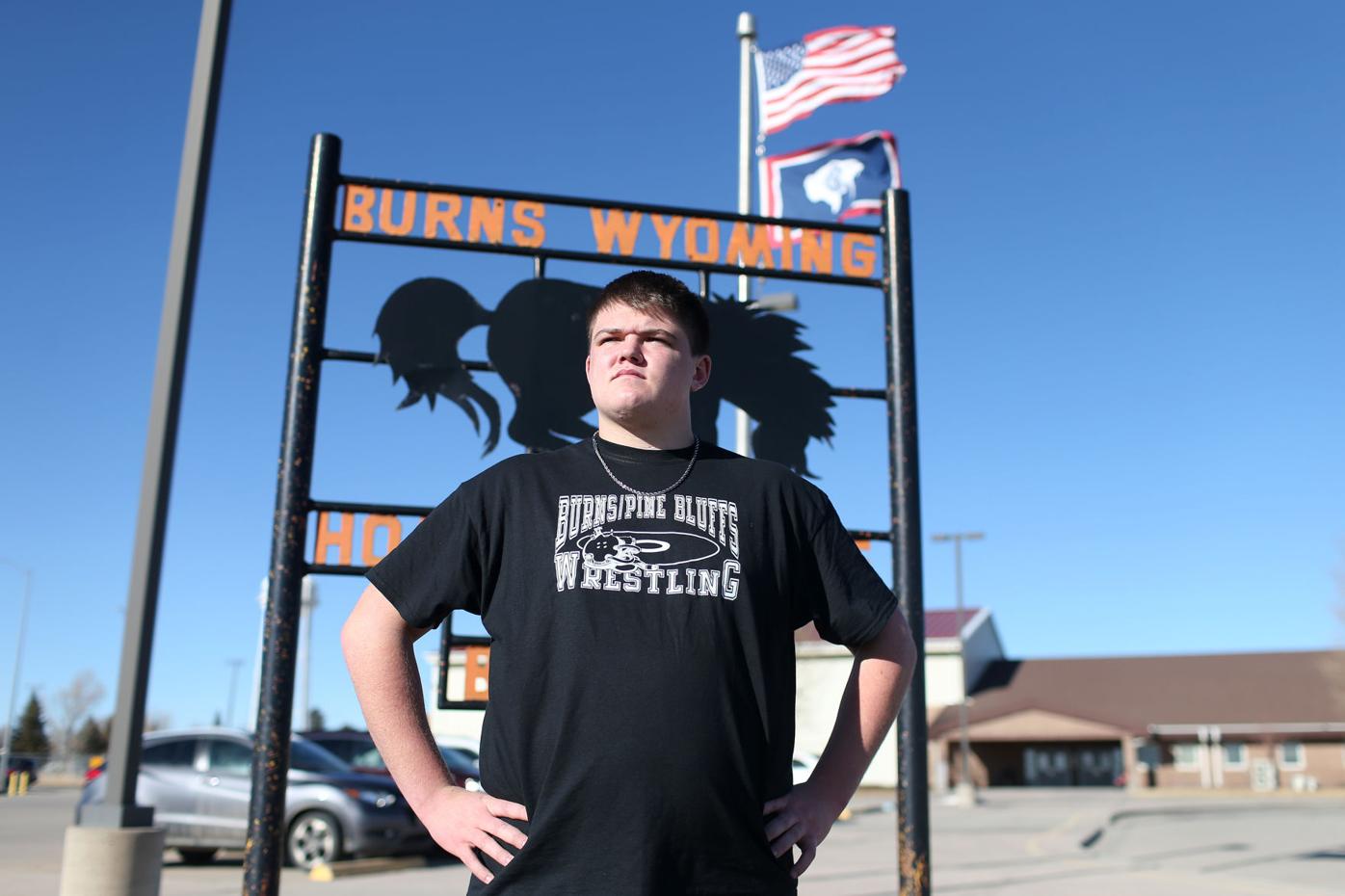 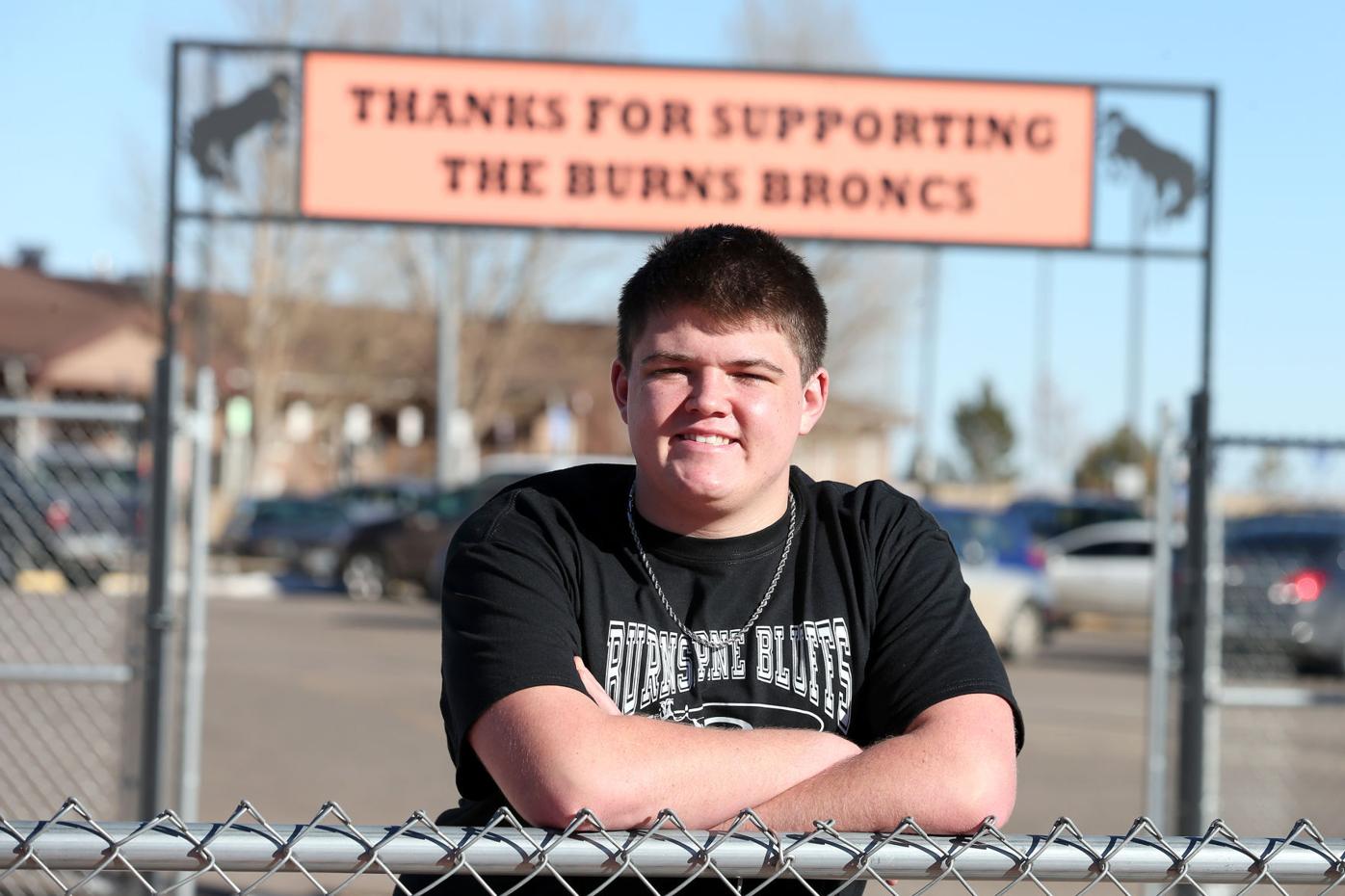 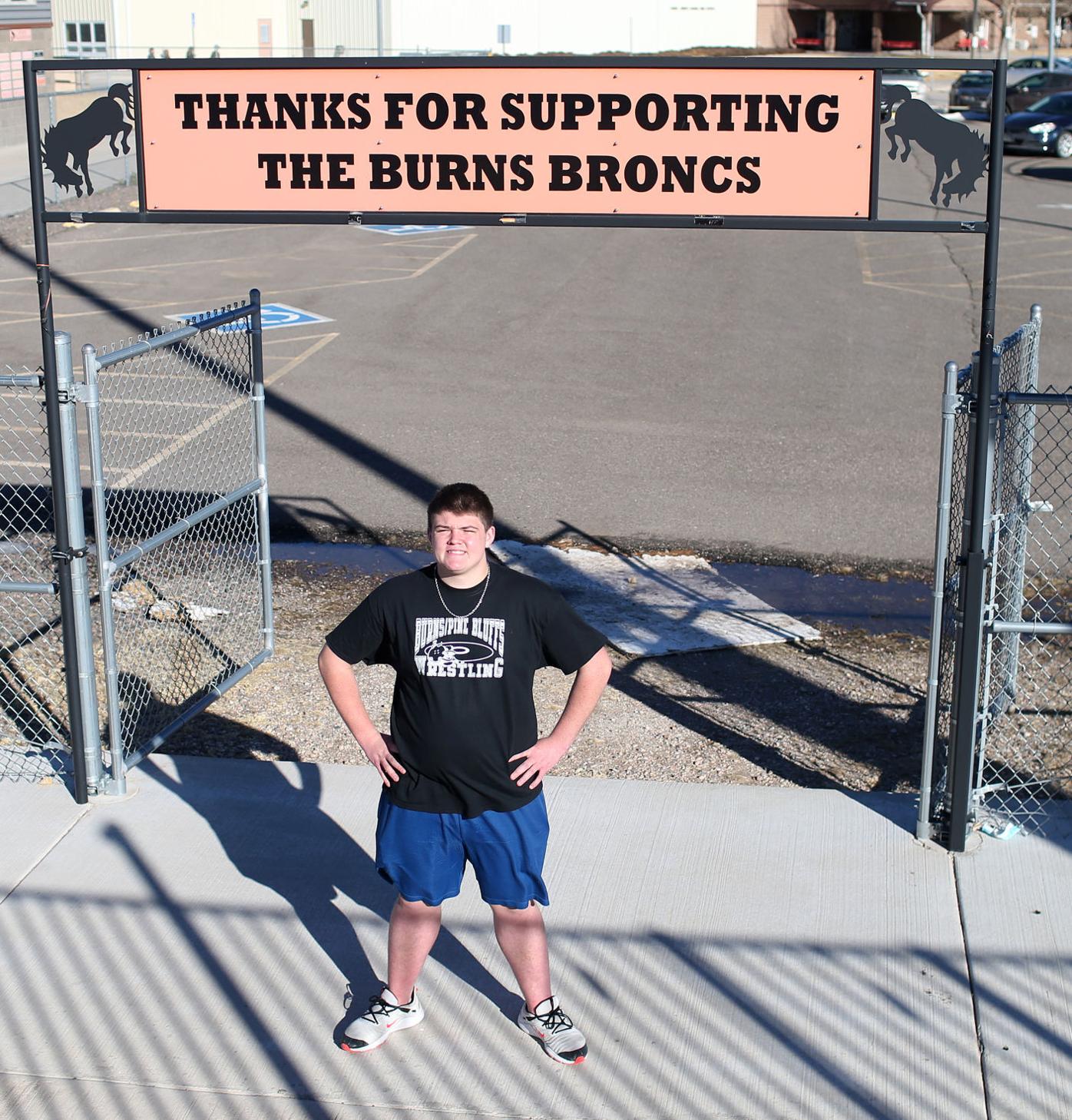 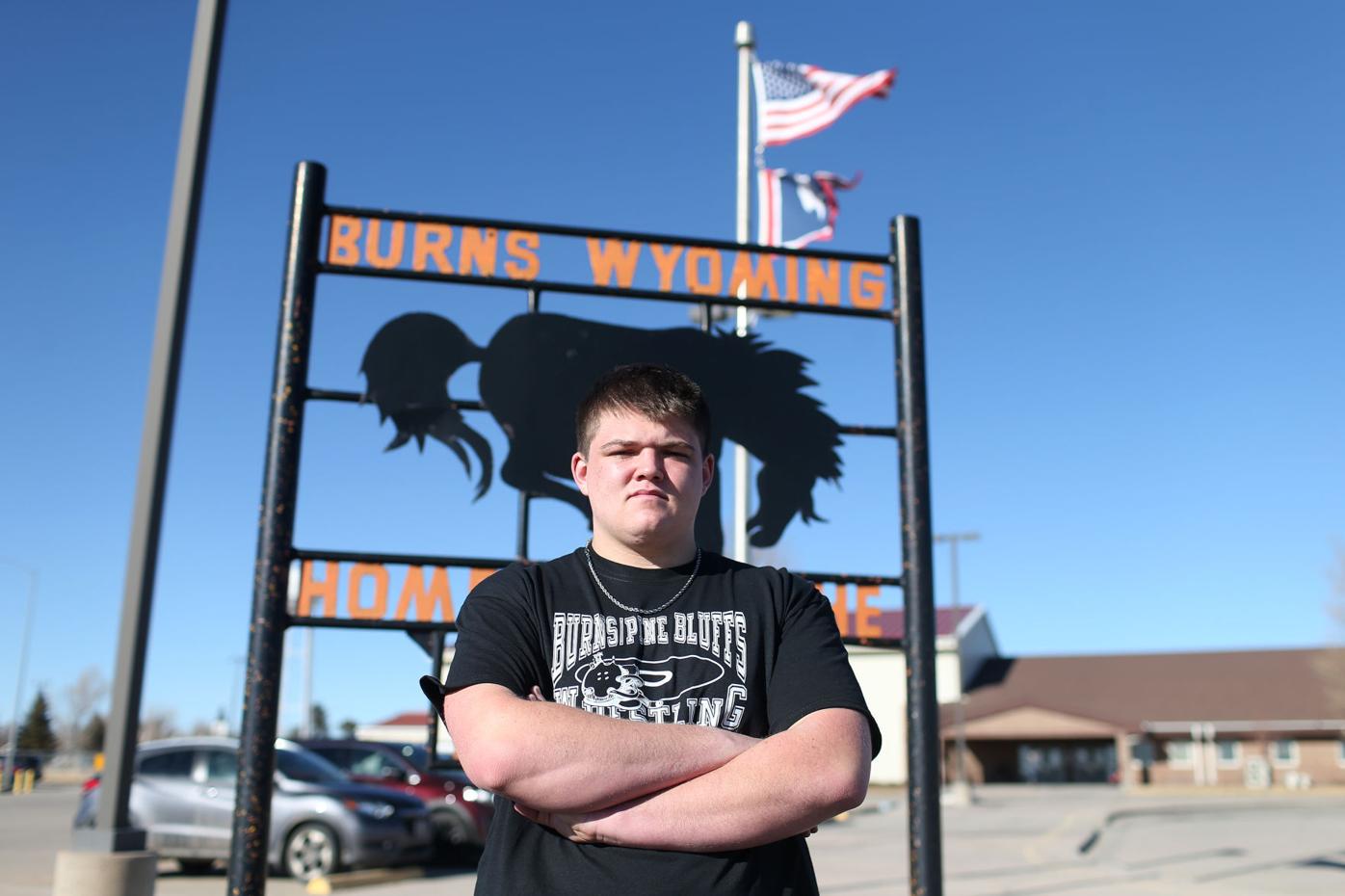 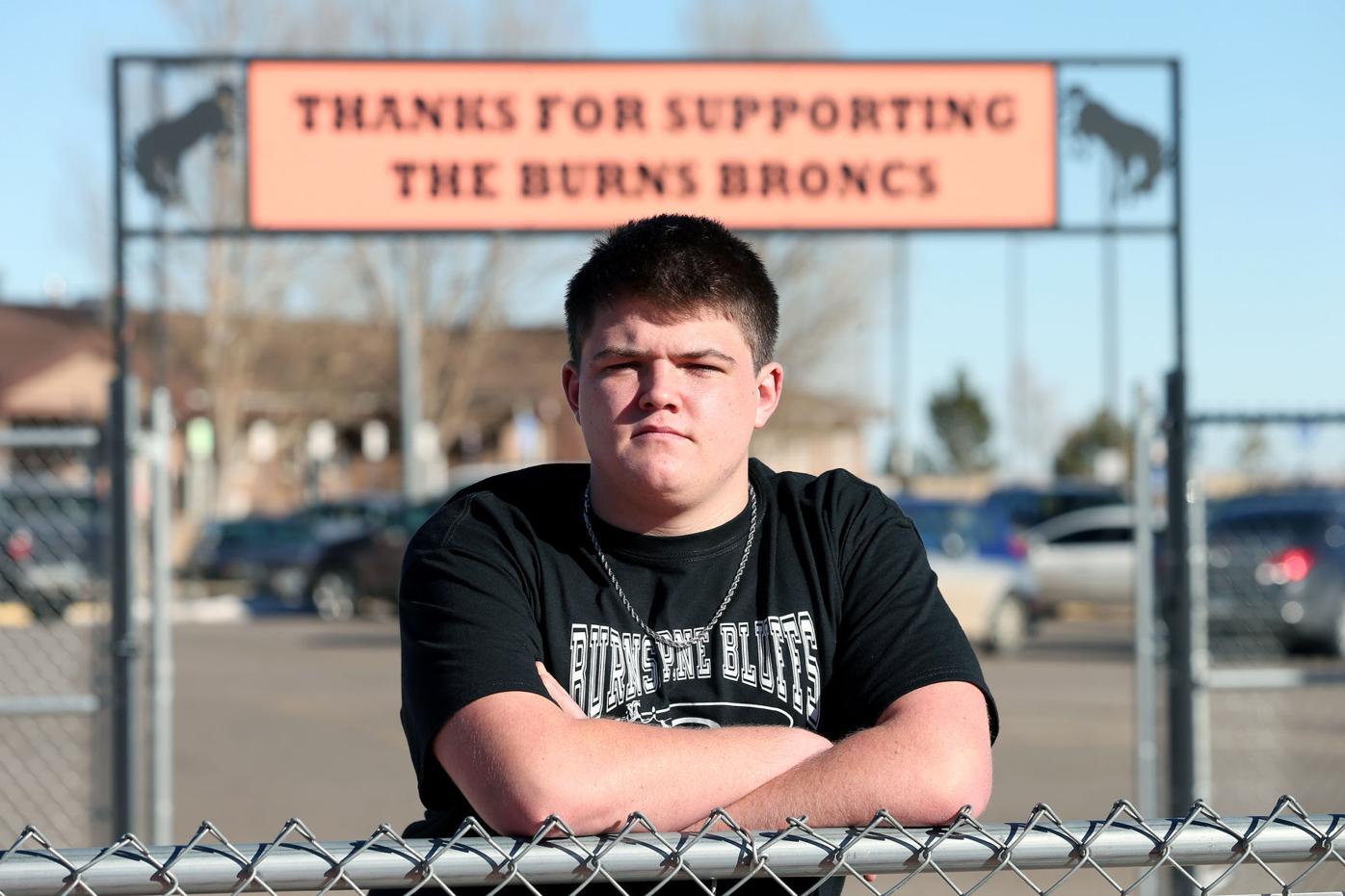 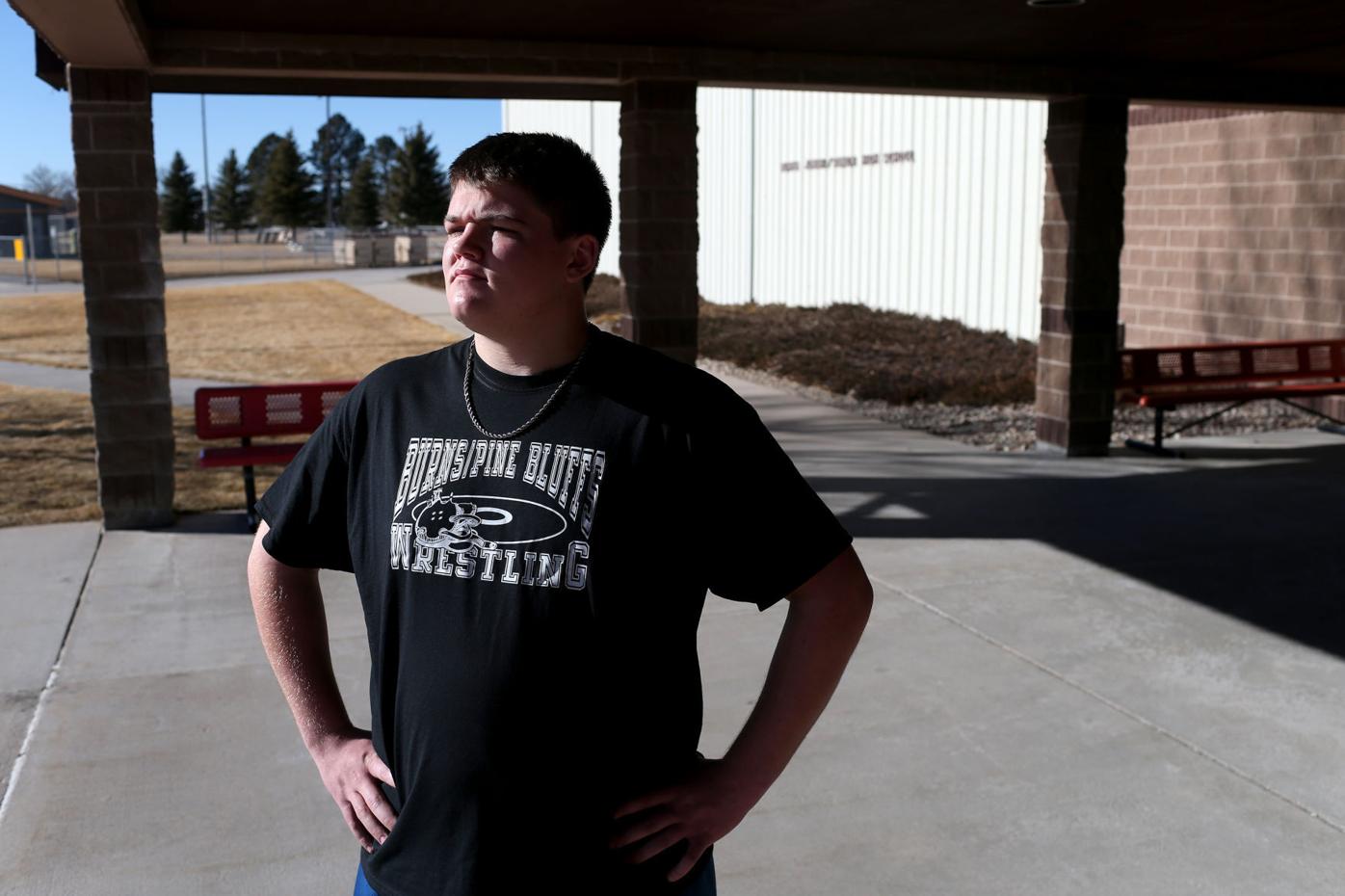 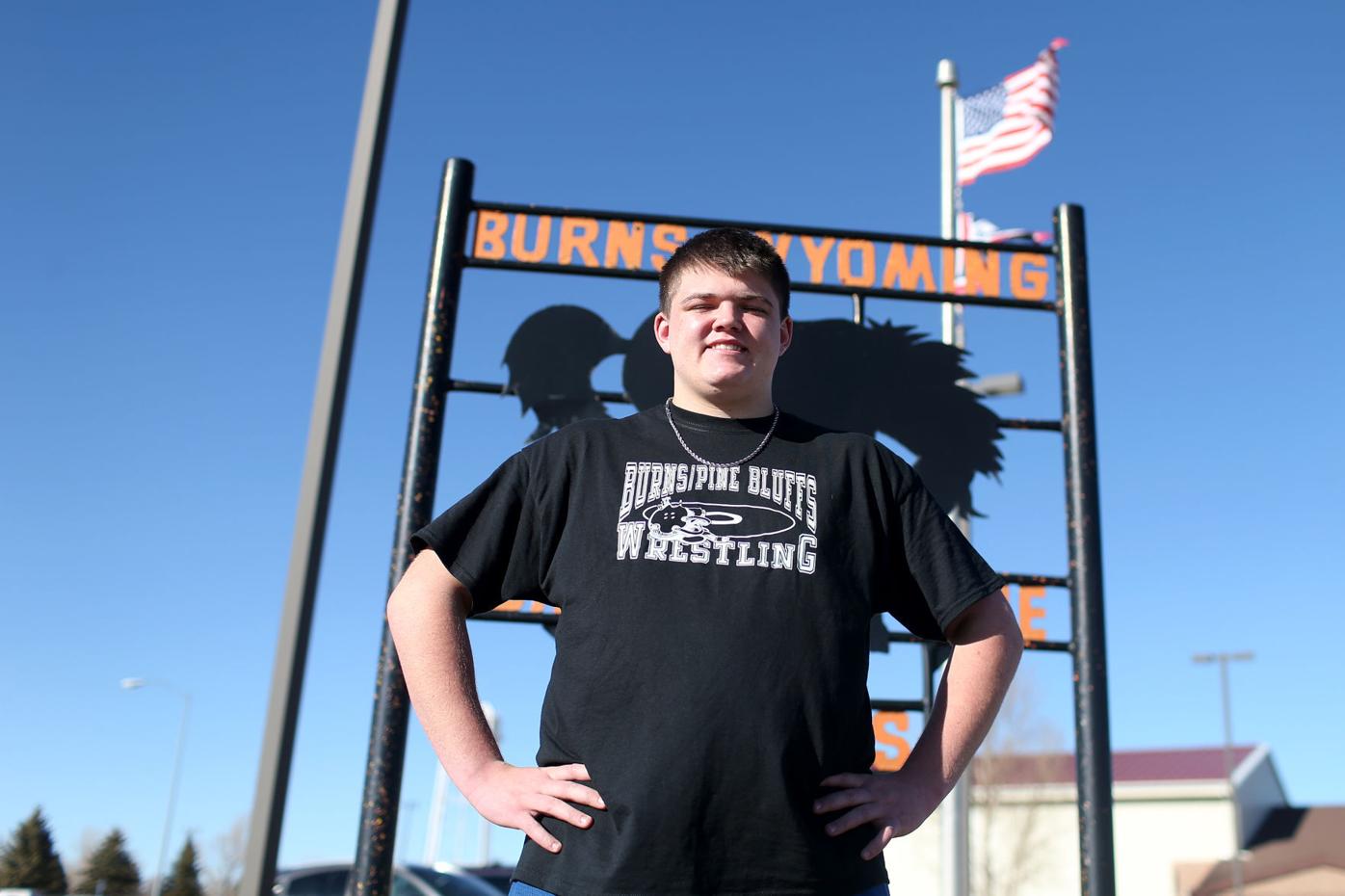 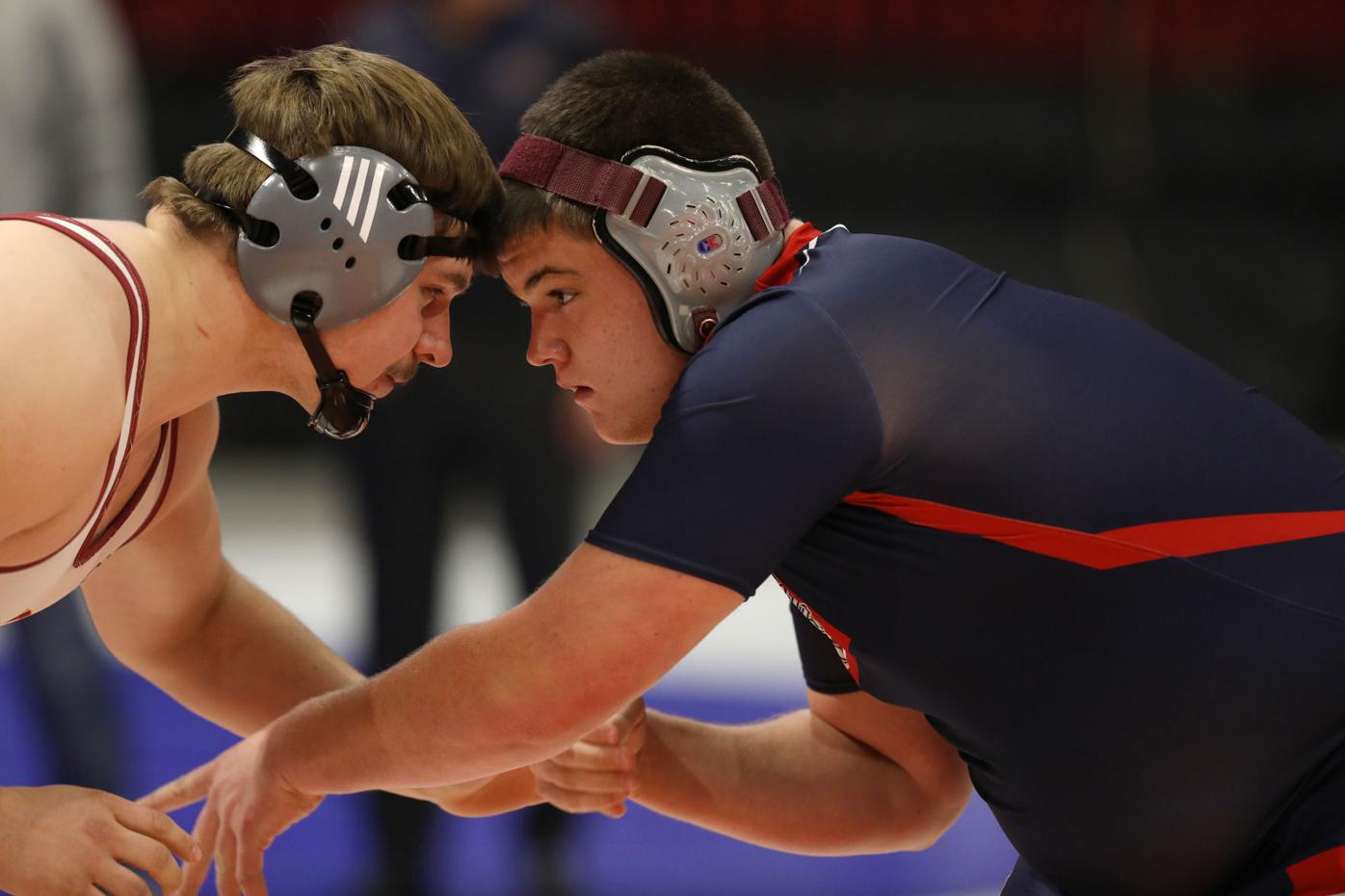 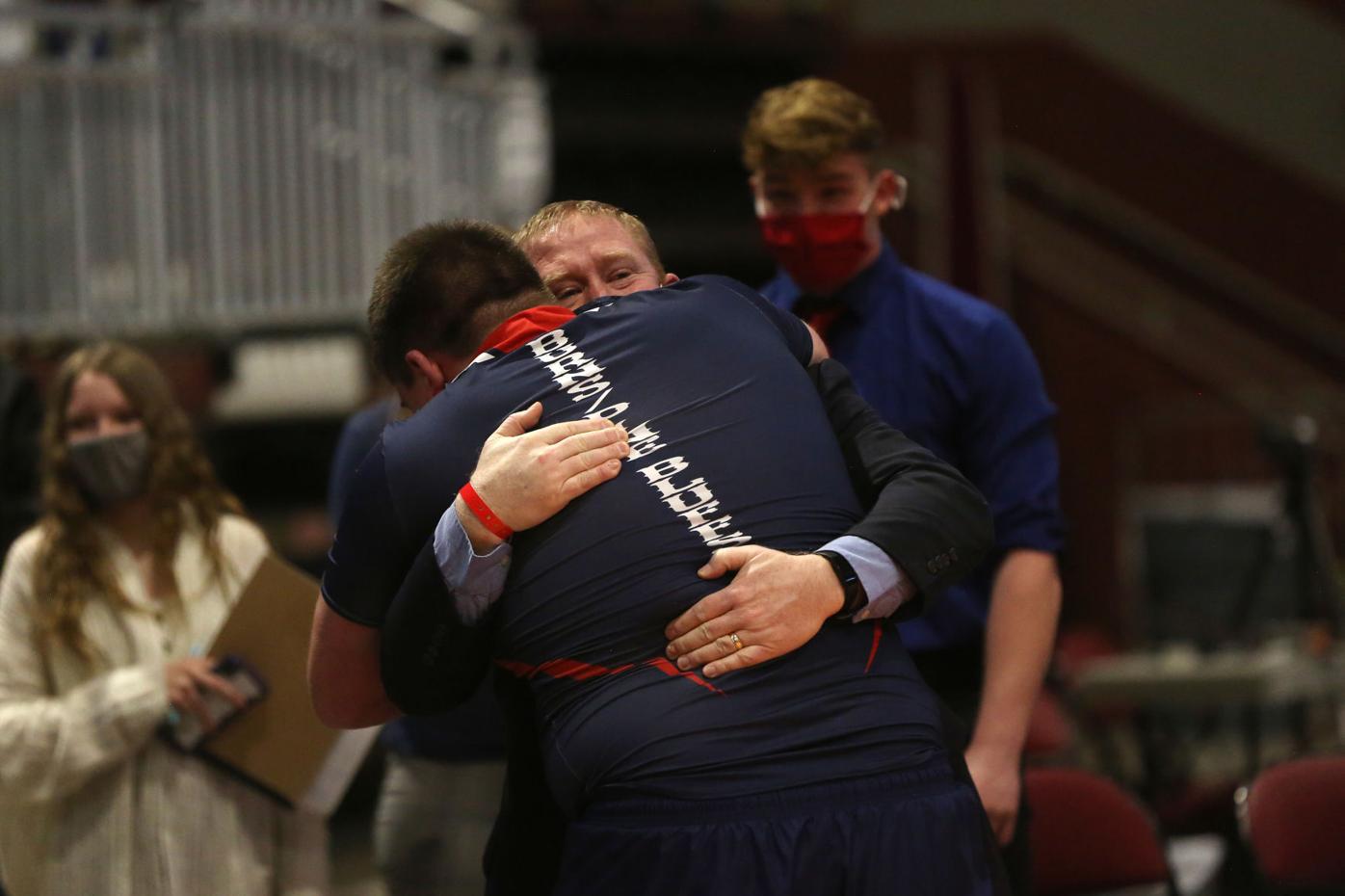 CHEYENNE – Lincoln Siebert’s biggest growth as a wrestler didn’t come in the form of technique.

The Burns-Pine Bluffs senior is better at specific moves and stringing them together than he was as a freshman, but his biggest improvement isn’t overtly apparent.

“He is a much more patient wrestler than he was even earlier this season,” Burns coach Dan Clayson said. “He was in such a hurry to score points that he would get into trouble. It’s not a bad thing to want to score, but he would put himself in bad positions trying to get points.

“He learned that it’s OK for a match to be 0-0 after the first period, or for him to not have an 8-0 lead entering the third. He learned that he could still put himself in position to win by being patient.”

That added patience paid off for Siebert in the form of a 285-pound state championship at the Class 3A state tournament Friday in Casper. He is Burns’ first state champion since Brian Stamper won the 189-pound crown in 2003.

Siebert – who was born a few months after Burns last had a wrestling champ – went 3-0 at state with three pins, earning him Prep Athlete of the Week honors from WyoSports’ Cheyenne staff.

Patience became an integral part of Siebert’s strategy this season. He spent the first period of most matches pawing at his opponent and jockeying for position.

“He keeps heavy hands and keeps his guy in front of him, making him wrestle and defend the whole time,” Clayson said. “Even though he wasn’t taking shots and scoring all the time, the other guy had to work to keep his head up, keep his balance and be on the defensive.

“That just wears kids out. He wasn’t patient enough to do that when he was younger.”

In Siebert’s mind, winning the way he does shows a different kind of dominance than a lopsided victory.

“People don’t enjoy the sucky part of wrestling where you have to keep going, even though you’re dead tired,” he said. “I like winning matches in the third period, when the other guy is dead tired. That’s so much fun. I love that feeling.

“Despite being dead tired and having no energy left, you can force your will on somebody else and make them feel worse.”

Siebert’s patience was on display during his championship bout with Star Valley’s Gabe Neild. He spent the second period trying to break Neild down, get him to his stomach and eventually onto his back. Siebert nearly had Neild off his knees, but the pair went out of bounds and had to restart in the middle of the mat.

Siebert noticed there was 35 seconds remaining in the period. He didn’t think it was going to be enough time to secure the pin, but he might still find a way to score a couple points on a tilt. At worst, he would go into the final period scoreless. At best, he thought, he might have a slim lead.

Instead, Siebert got Neild to his stomach quickly. He turned Neild onto his back and then heard the referee tell the wrestlers they had 20 seconds remaining in the frame. That was ample time to go for the pin.

“Previously, he would have been scrambling to score points at the end of the period, and he might have give up some points he couldn’t recover from,” Clayson said. “That was a perfect example of how patient he has become.”

Siebert flirted with the idea of playing basketball in high school, but decided wrestling was the best way to improve at the sport he loves most: football.

“I knew I would learn how to use leverage and get low,” he said. “It wasn’t about being a great wrestler, it was about getting skills for football.”

Siebert never would have accomplished his goal if his reason for wrestling hadn’t changed over the past four years, Clayson said.

“He eventually developed, had a vision and a desire to be a great wrestler,” the coach said. “Once he realized he could do it, he was all in. There were kids he lost to his sophomore year that he beat this year.

“He figured out the style that suited him best, and got really good at it. He is going to be a guy we use as an example for years to come.”

Hesford, a senior, was 4-0 with a pin and a technical fall to win the 160-pound state championship.

Whitright, a senior, was 4-0 with two pins to repeat as the 195-pound champion.

n Logan Branigan, wrestling, Burns-Pine Bluffs: The junior went 4-1 with a pin to place third in the 145-pound weight class at the Class 3A state tournament.

Rayl, also a senior, averaged 15.5 points in those games.

Tovar, a senior, scored 14 points in that win.