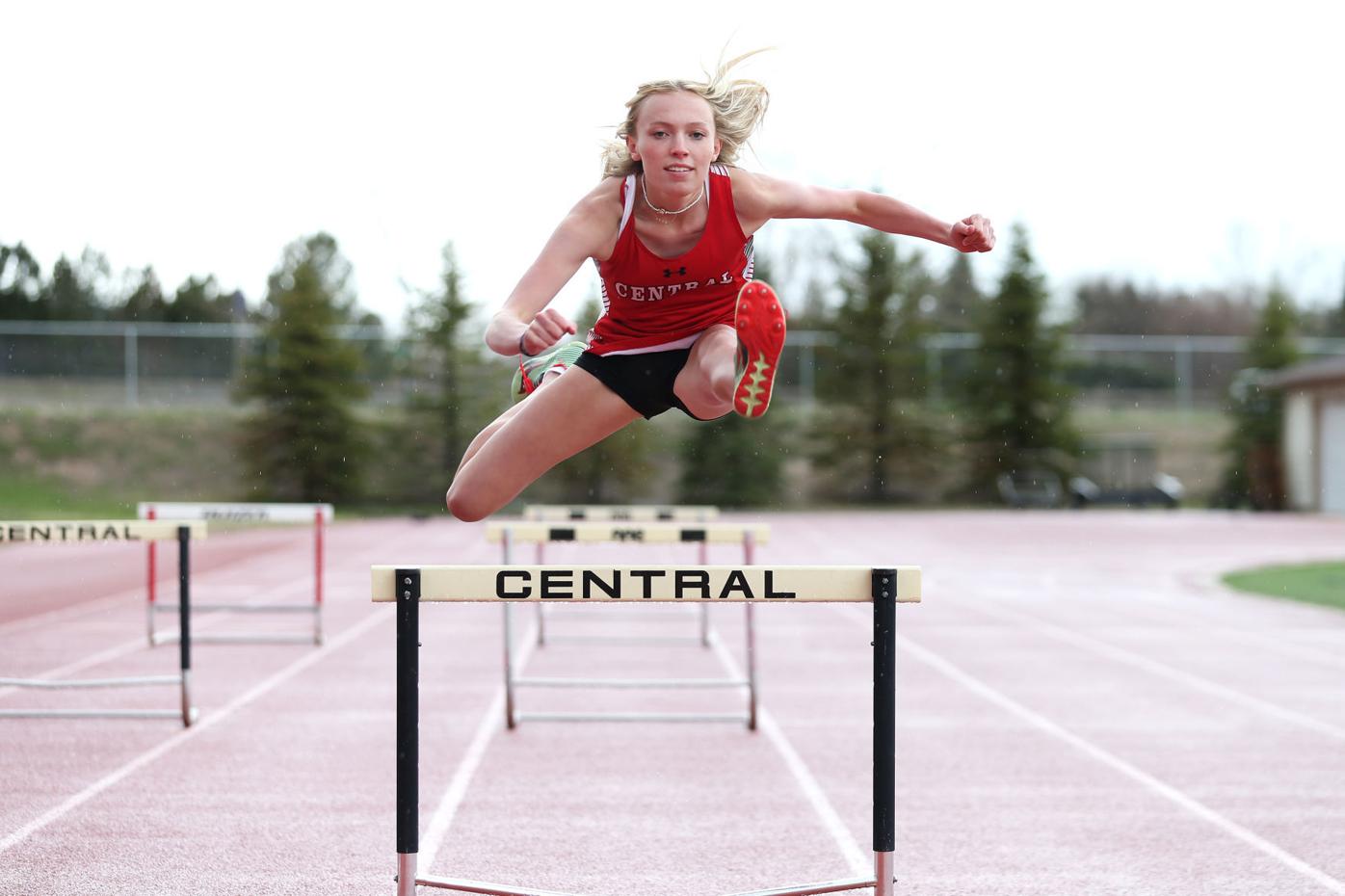 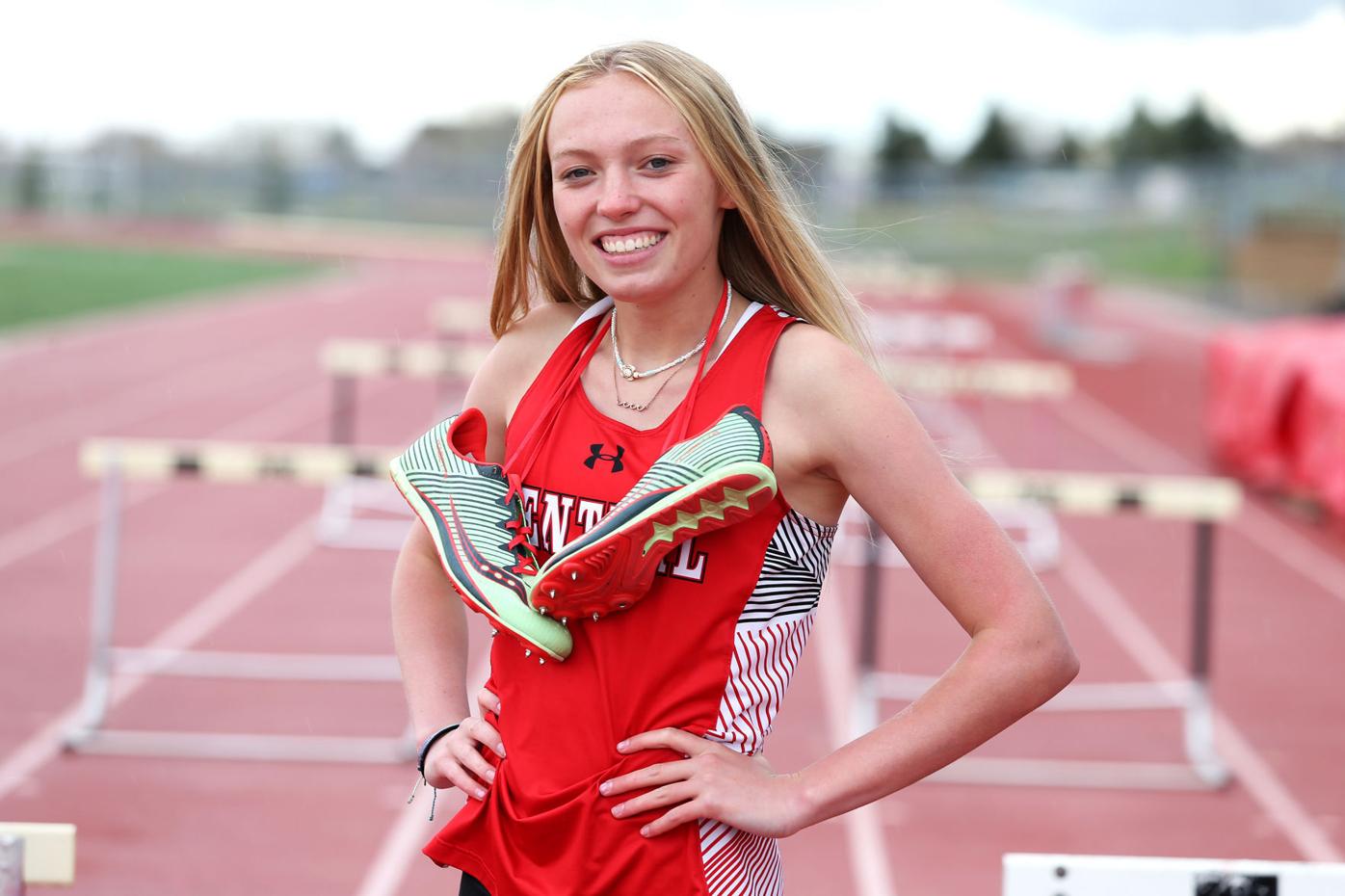 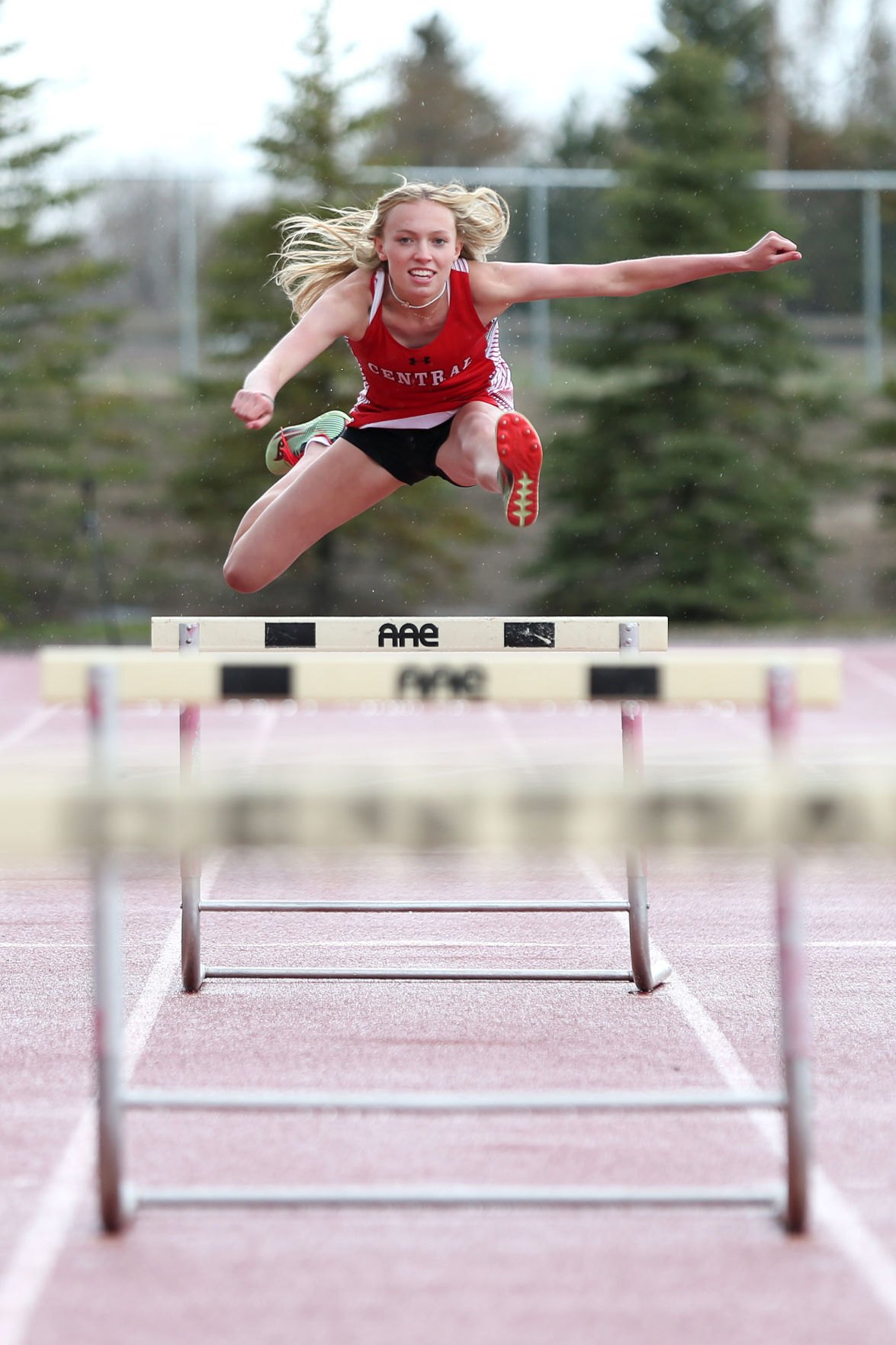 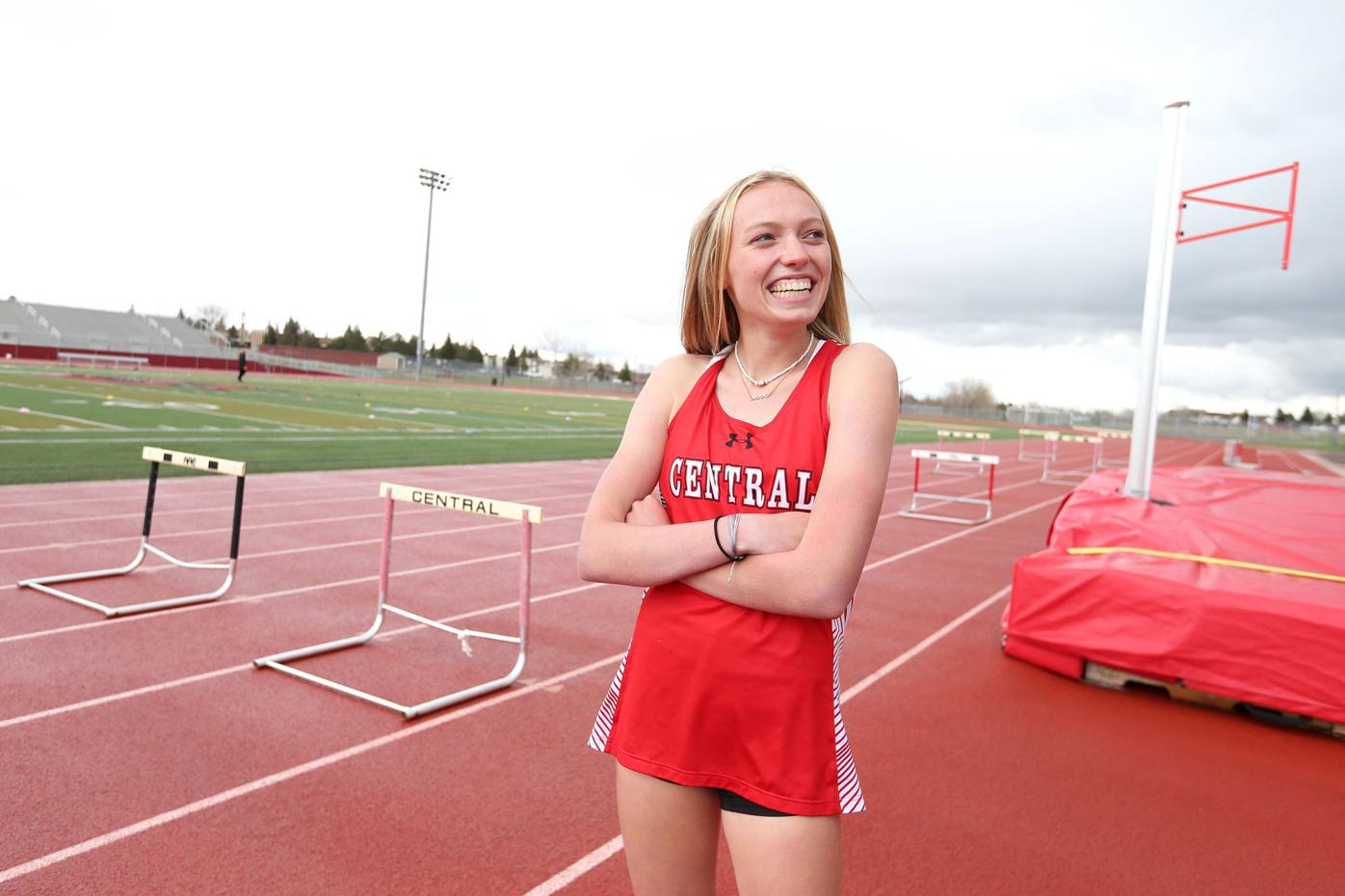 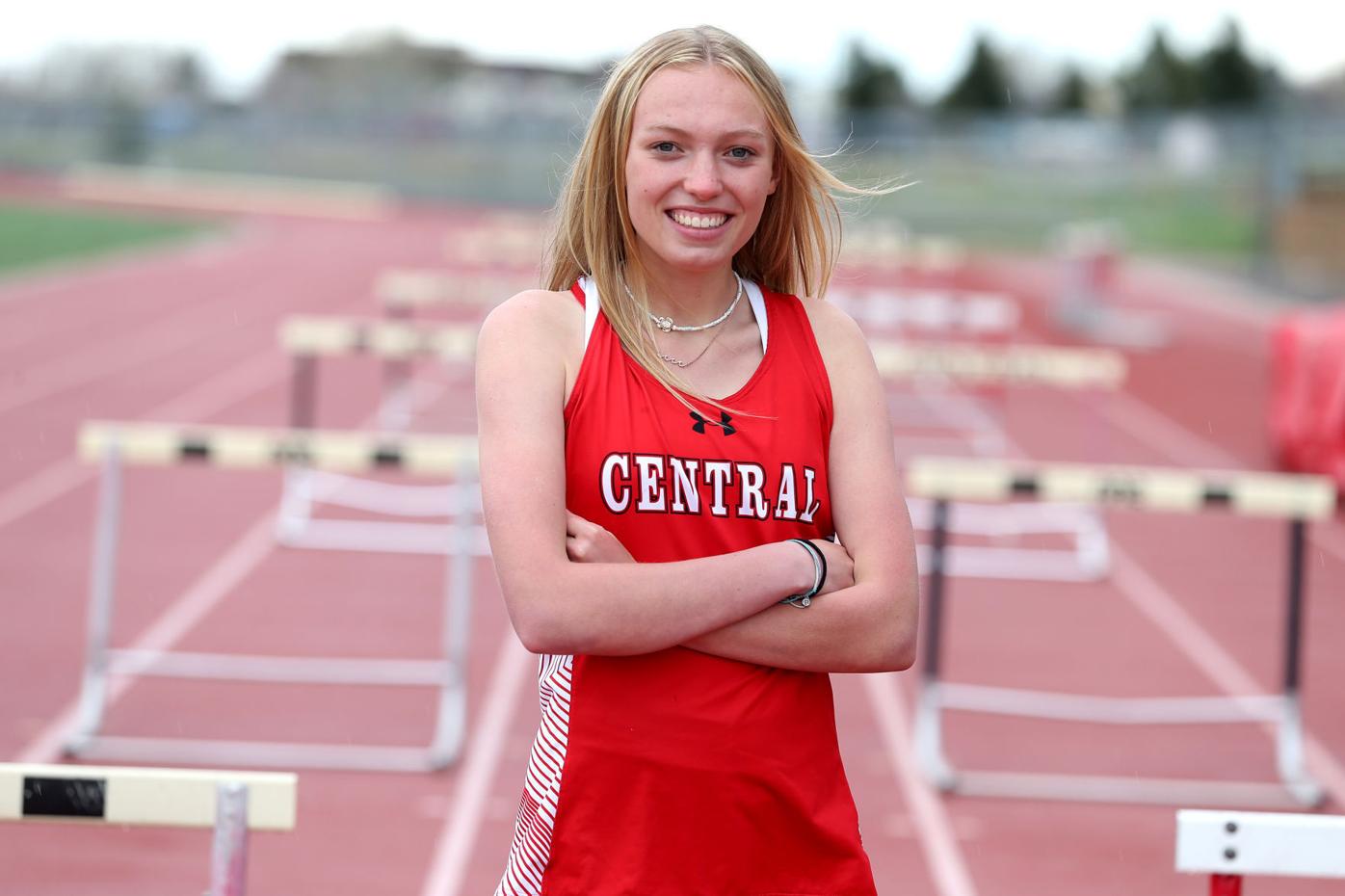 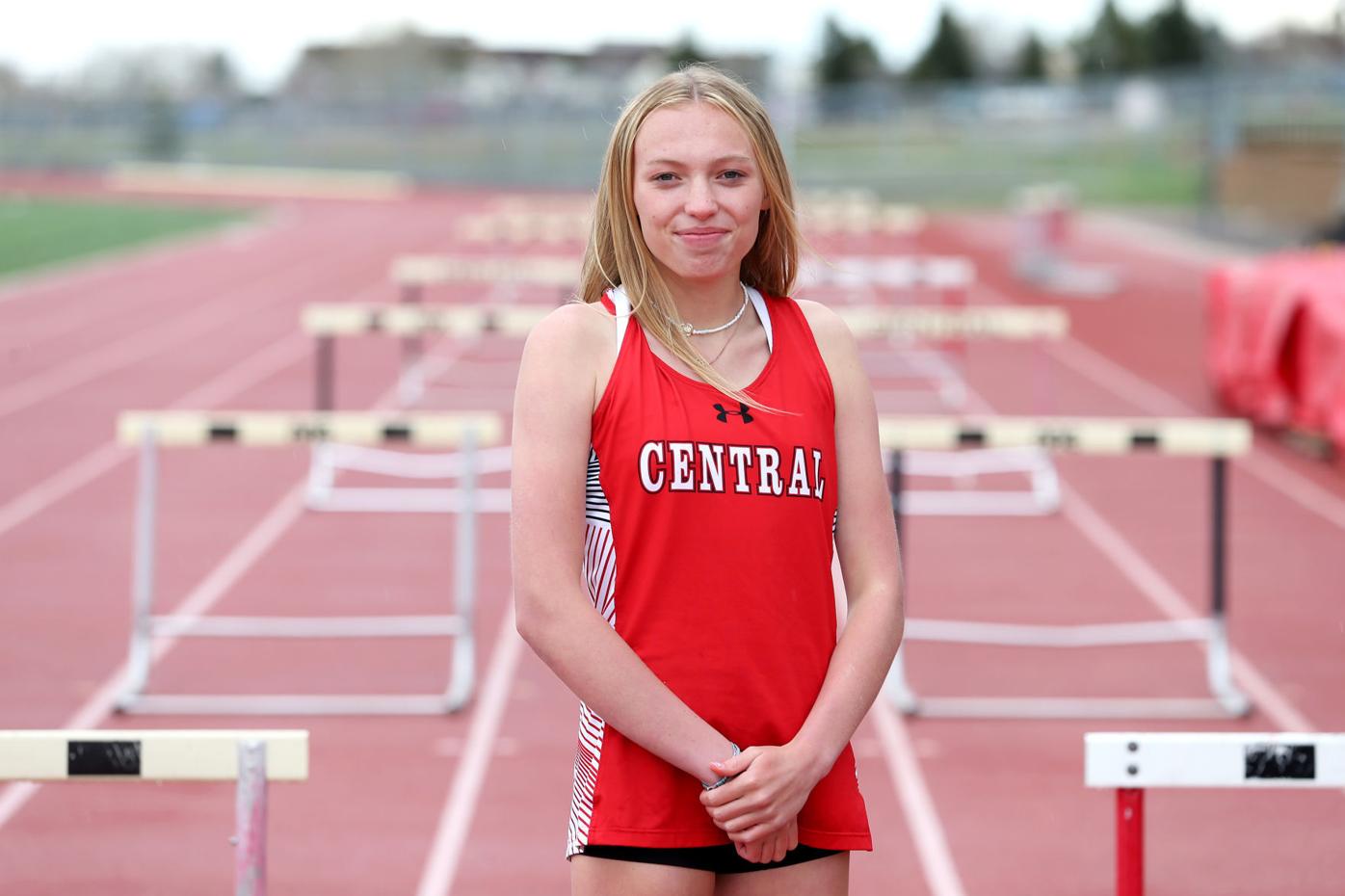 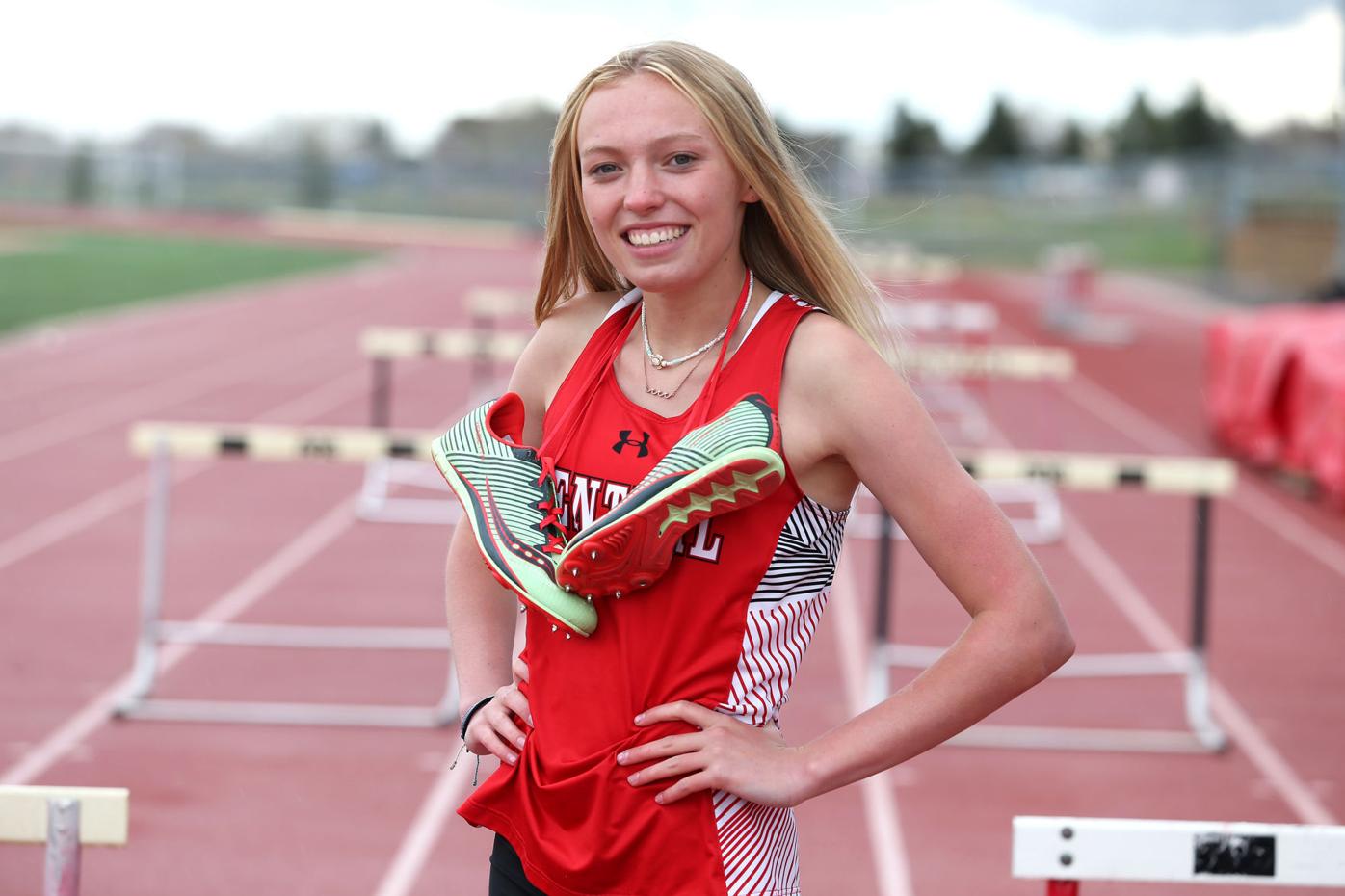 The sophomore – and the rest of Wyoming’s high school track athletes – got just one week of practice in the books before the COVID-19 pandemic scrapped the season. Still, the Indians’ coaches liked enough of what they saw in their limited time with Baillie to make them excited about her next three seasons in a red-and-black uniform.

“We saw how springy she was and how good of a high jumper she was,” Central hurdles coach Brick Cegelski said. “We knew she hurdled in junior high, and we were looking forward to getting her over to our corner and seeing what she could do.”

Baillie is now showing her competitors what her coaches saw in her last spring.

Baillie’s high jump goal entering this season was clearing 5-2 so she could pre-qualify for the Class 4A state meet. She did much more than that April 23 at the Scottsbluff (Nebraska) Twilight. Baillie cleared 5-5 that afternoon, breaking a 38-year-old school record.

“I was a little disappointed with only getting 5-2 this past week, but my coach pointed out that I still beat my goal of qualifying for state and won both of those meets,” Baillie said. “I have to keep in mind that I’m still doing well even though I’m not getting 5-5.”

Indians high jump coach Fred Pillivant is quick to point out that the Scottsbluff meet provided the perfect environment for Baillie to uncork the best jumps of her career.

“Everything came together that day,” he said. “The weather, all the technique we had been working on, her strength and even the schedule. Her events weren’t as bunched together in Scottsbluff as they have been at the last couple meets.

“She has been running from one event to the other, and that takes a lot out of you. State and regionals should be spread out a little bit better and allow her to do her best.”

Desire and jumping ability helped Baillie grab four rebounds per game during the basketball season. That average ranked second on a Central team that went 11-11 and reached the Class 4A state tournament. Baillie has other natural and honed traits that help her stand out at a high jumper, Pillivant said.

“She is flexible and has great body control,” he said. “Everything she does is under control and looks smooth and fluid. The things that make her good in basketball also help in high jump.”

Baillie still did both hurdles events when she beat the school record in Scottsbluff, and finished third in both. She wasn’t even sure she would hurdle this season after having a couple of spills in the event as an eighth-grader at McCormick Junior High.

“We had a state meet for middle school, and I won one race by a finger because I tripped and fell on the last hurdle,” Baillie said with a chuckle.

Cegelski talked Baillie into giving hurdles a second chance and went to work on making sure her trail leg cleared the hurdle. Once they cured the issue of the trail leg hitting the hurdle and throwing her off balance, they went to work on the finer points of the event.

“Her hips are good, and her technique has gotten a lot better,” Cegelski said. “She is learning to sprint between each hurdle now. She is learning the three-step (between hurdles) technique and getting that pattern down.

“When she gains confidence in the three-step, she is going to take off.”

Baillie is goal-oriented, both athletically and academically. She has had to reevaluate her goals after rewriting Central’s record book.

“I have to keep pushing myself,” she said. “I want to keep going higher in high jump, and keep getting faster on the hurdles. I don’t have to get a whole lot better, but I want to see a little bit of improvement every day.”

n Alyssa Albaugh, Aubriana Garcia and Andraya Dimas, softball, Cheyenne South: Albaugh went 3 for 6 with two triples and two RBIs to help the Lady Bison go 1-1 on the week. They picked up their first win in program history on Saturday at Wheatland.

Garcia went 3 for 6 with a double and two RBIs.

Dimas was 3 for 7 on the week with a double, a home run and four RBIs.

n Jaylyn Christensen, Ariana Galicia and Gracie Oswald, softball, Cheyenne East: Christensen went 6 for 15 at the plate with two doubles, a triple and three RBIs to help the Lady Thunderbirds go 4-1 on the week. In the pitcher’s circle, Christensen went 3-0, striking out 11 and giving up just four earned runs in 12 innings of work.

Galicia was 9 for 15 at the plate with a pair of doubles and two RBIs. She also went 1-0 in the circle, striking out 16 and allowing just five earned runs across 12 innings pitched.

Oswald was 9 for 17 at the plate with two doubles, three triples and seven RBIs.

n Katie Cobb, girls golf, Central: Cobb won the Douglas Invitational with a 22-over-par 94. That was eight strokes better than the runners-up.

Lucas, a junior, was 10 for 17 with three doubles, two triples and six RBIs.

n Caydince Groth, girls track, South: The senior won the 100-meter dash during a dual Monday in Laramie. She also won the 400, took second in the 300 hurdles and finished third in the 100 at Friday’s Kelly Walsh Invite.

n Sydney Morrell, girls track, Central: The sophomore won the 800 and 1,600 at the Cheyenne Triangular.

n Taliah Morris, girls track and field, East: The freshman won the 200-meter dash and triple jump at the Cheyenne Triangular. She followed that with wins the 100 and long jump at the Kelly Walsh Invite.

n Colby Olson, boys track and field, East: Won both triple jump and long jump at the Cheyenne Triangular. He also was on the winning 4x400-meter relay team.

On Monday, Ward placed third in the 100 hurdles and fifth in the 300 hurdles at the invitation-only Best in the West Classic in Scottsbluff, Nebraska.