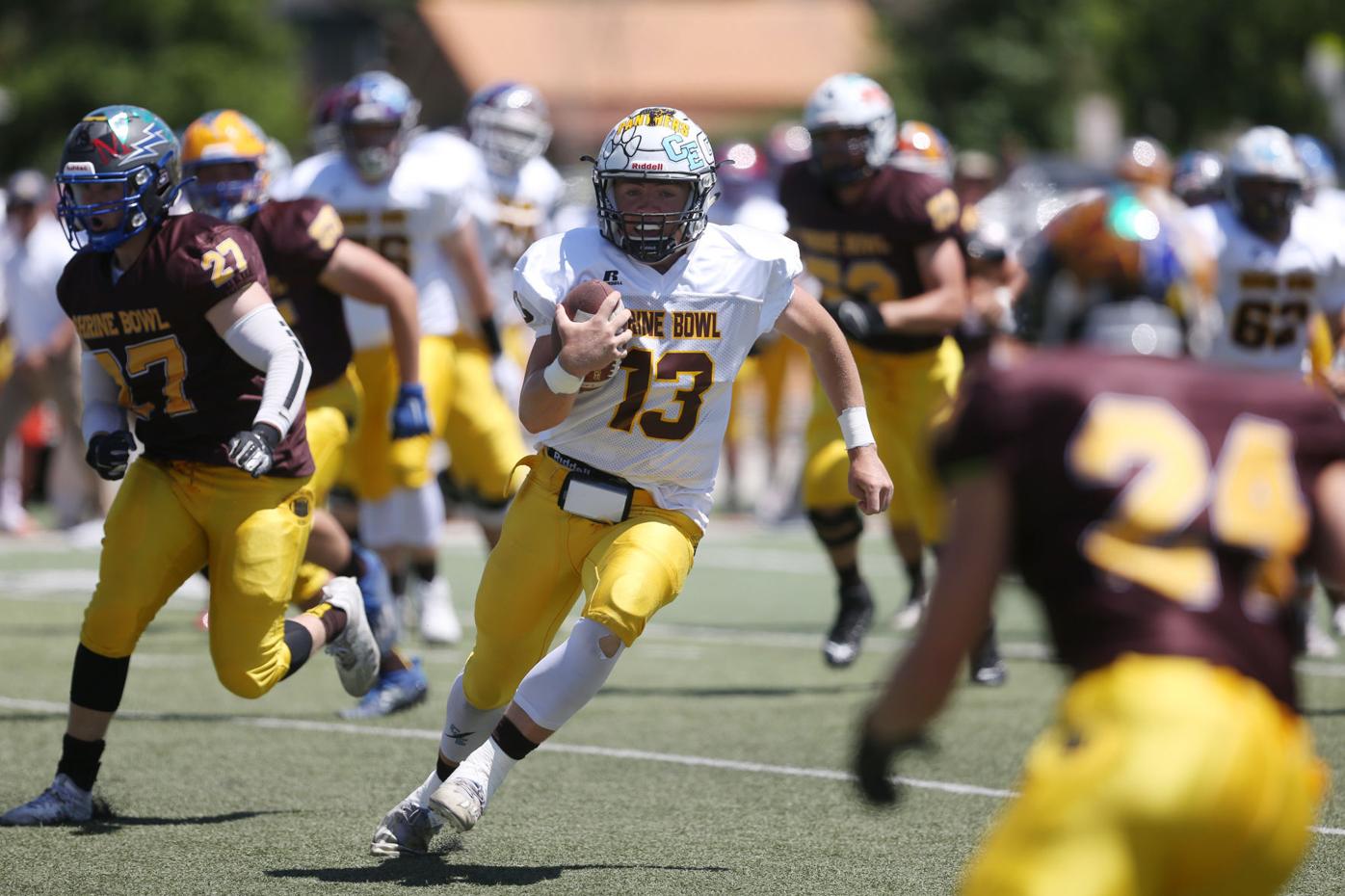 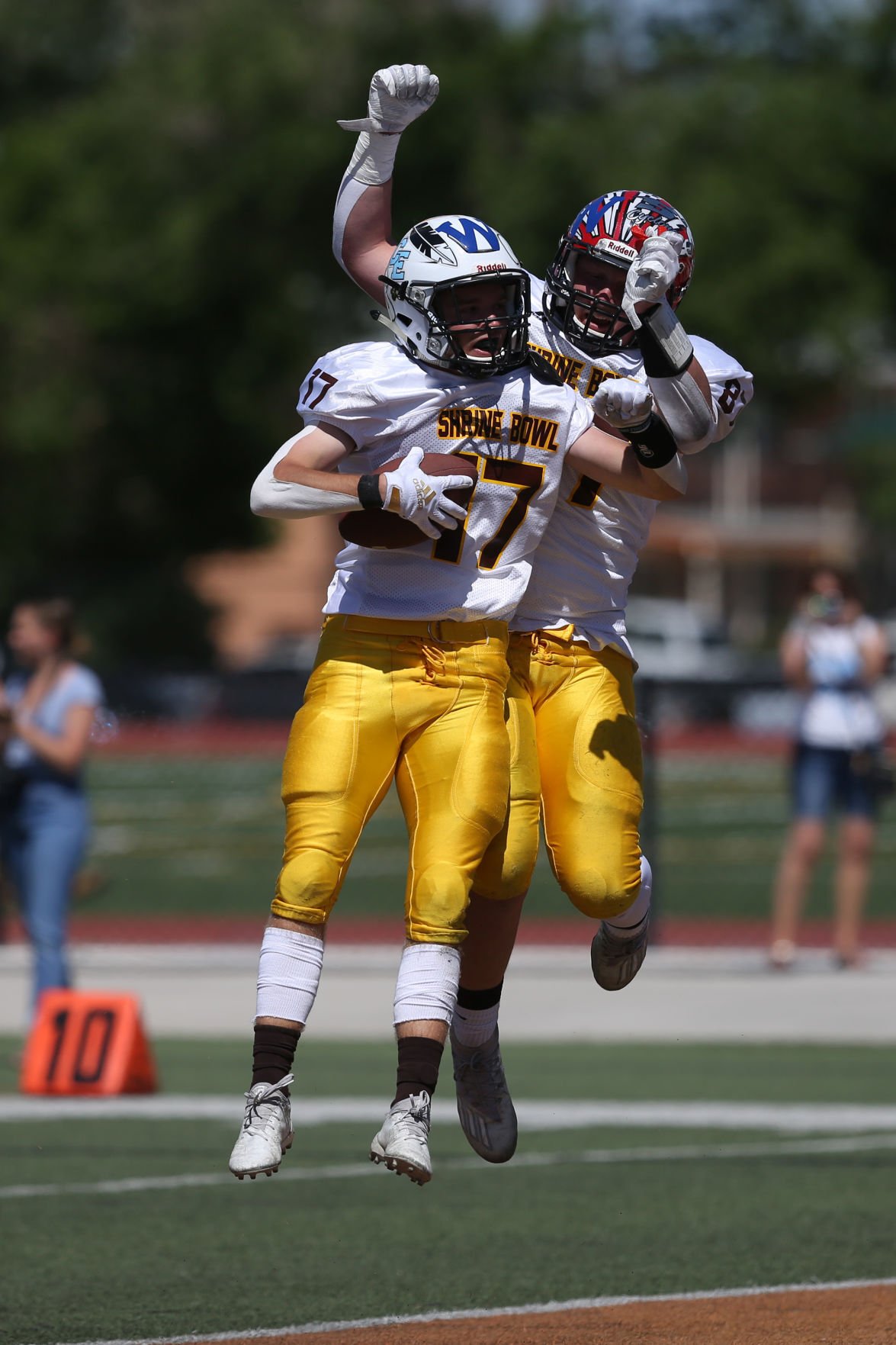 Buell – who led the Thunderbirds to the Class 4A state title and was named the 2020 Wyoming football player of the year by Gatorade – threw for 301 yards and accounted for four total touchdowns, leading the South team to a 34-32 victory in the 48th Wyoming Shine Bowl at Natrona County’s Cheney Alumni Field.

It is the first win for the South team since 2012.

The game is held annually and raises money for Shrines Hospitals and Shriners Children’s Hospitals.

Buell was named the game’s offensive MVP, throwing three touchdowns and scoring on an 11-yard run. The main recipients of his spirals? None other than his high school teammates, Jackson Hesford and Jake Rayl.

“We talked about it when we all got picked, how big a blessing it was to get to play one last time together, because after this we’re going our separate ways,” Buell, who will play at North Dakota State College of Science next season, said. “It was so fun.”

The South team trailed 20-7 in the third quarter but rallied back to take its first lead of the afternoon on a scoop-and-score from fellow Thunderbird Julian Vigil in the third quarter. A touchdown pass from Buell to Rayl shortly thereafter, their second connection of the day, looked as if it was going to be the dagger.

But the North team put up a fight until the very end, as Thunder Basin’s Dyse Sheperd scored a touchdown with 16 seconds to play to bring his team within two. The ensuing two-point try was stopped short, however, and Buell was able to take a knee one last time as a high school football player.

Talk about a last hurrah.

“I don’t know when it’s going to hit me. It’s pretty special to end it this way,” Buell said. “I’m just getting ready for my next chapter. It hasn’t hit me yet. I’m sure it will. I’m going to miss playing with all these guys.”

For Matthew Maiava, Saturday afternoon was particularly special. He and his two brothers got to put on the same high school uniform and helmet one final time.

“I can’t really explain it and put it into words. But I just know that, when they’re next to me, I don’t have to worry about anybody else except my play and the person I have to block,” Matthew said. “I just trust them with everything.”

The fact that the game was a barn-burner until the final whistle was just icing on the cake for the siblings.

“I couldn’t imagine how my high school career would end,” Micah Maiava said. “And this is probably the best way it’ll end.”

After spending his entire high school career trying to beat Buell and the Thunderbirds, Storebo found himself on the receiving end of passes from the record-setting signal caller. He finished the game with eight receptions for 98 yards.

Catching passes from Buell isn’t something Storebo ever really saw coming, nor was becoming friends with former opponents. But all-star games have a way of changing those sorts of things.

“I didn’t think it was ever going to happen, honestly. It’s great … Me and Graedyn became pretty tight on this trip,” Storebo said. “At first it’s awkward. The first night is just kind of getting to know each other.

“Towards the (end of the) week, this team really got tight. It really felt like a team I’d played for the whole year.”