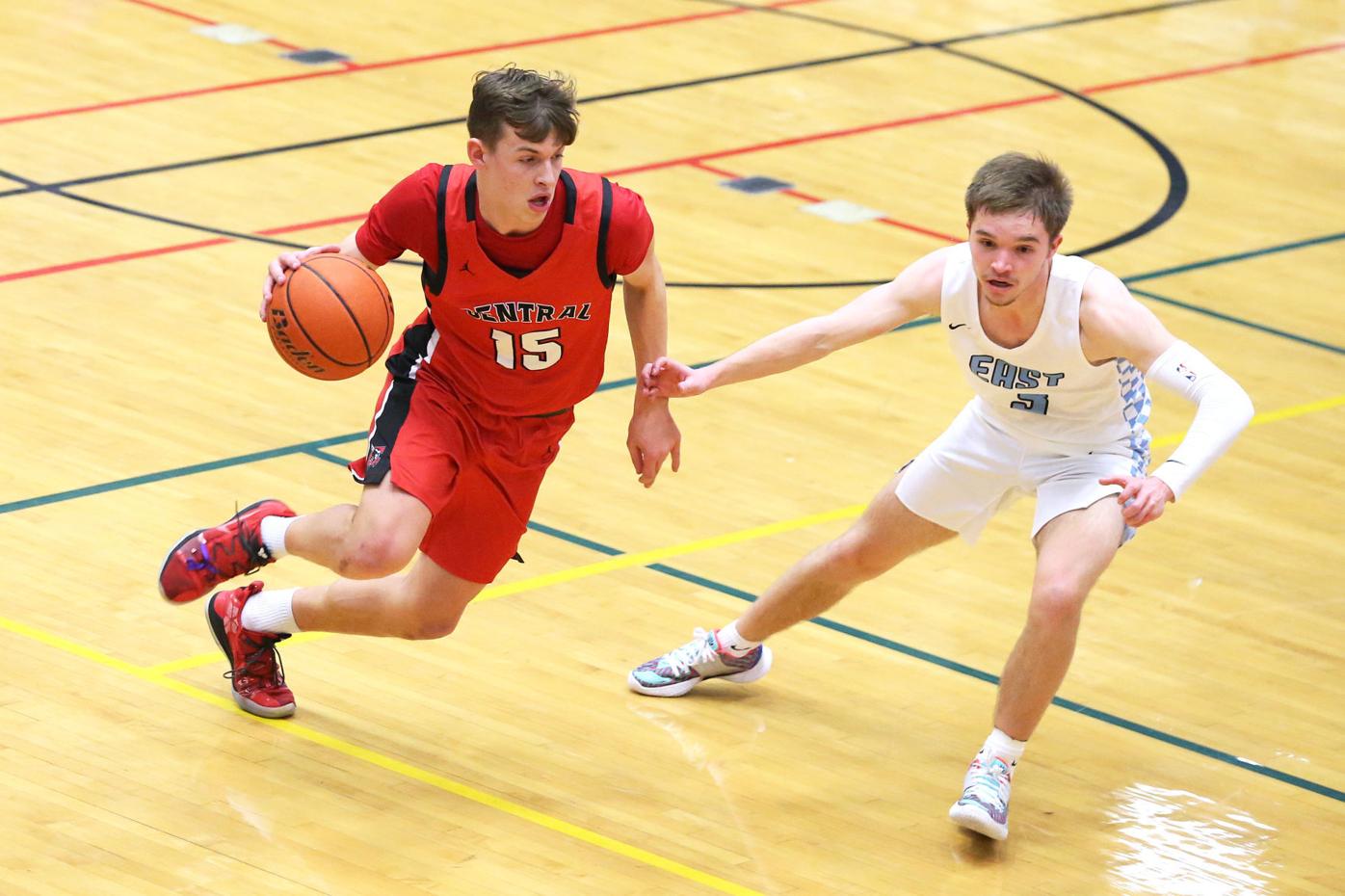 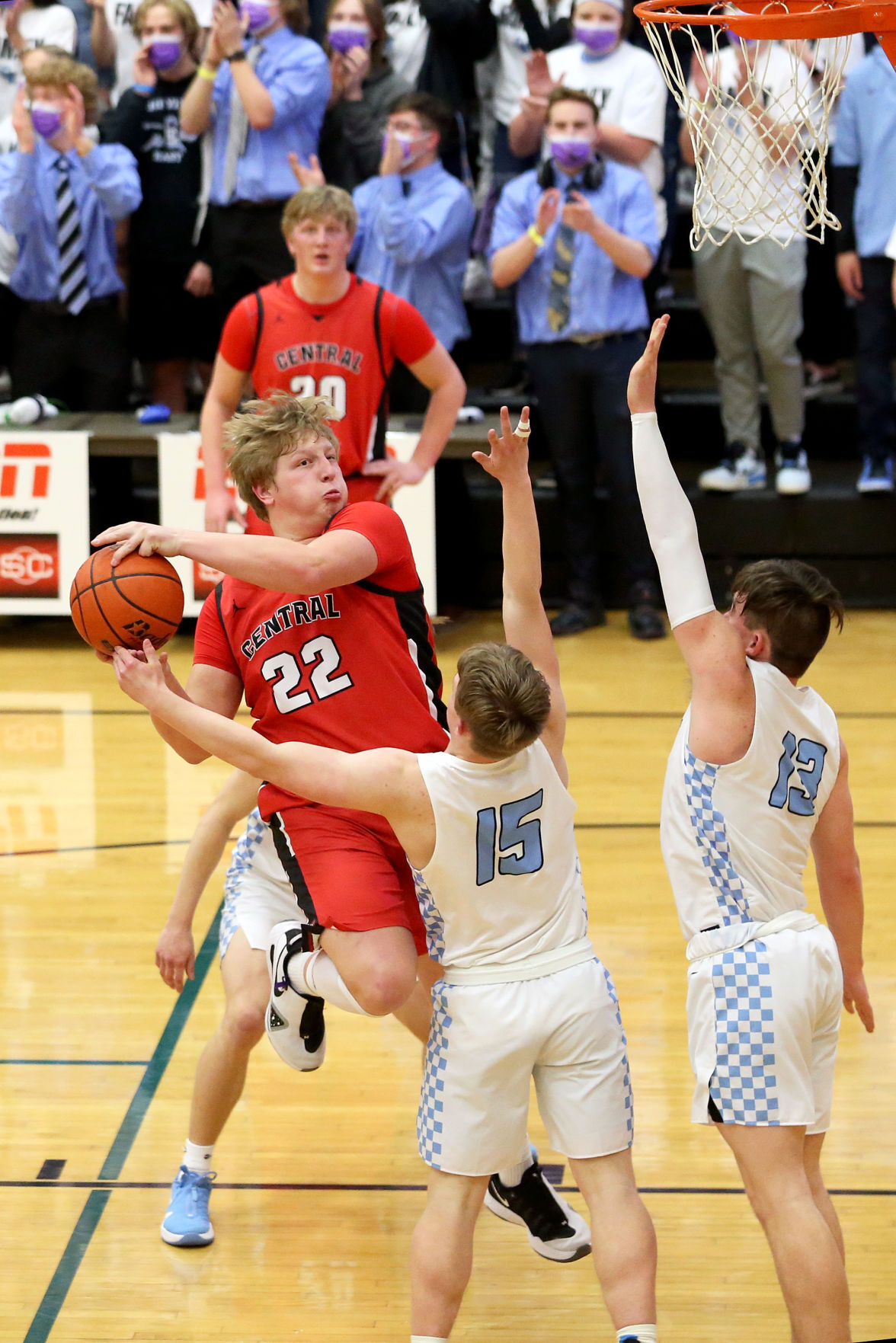 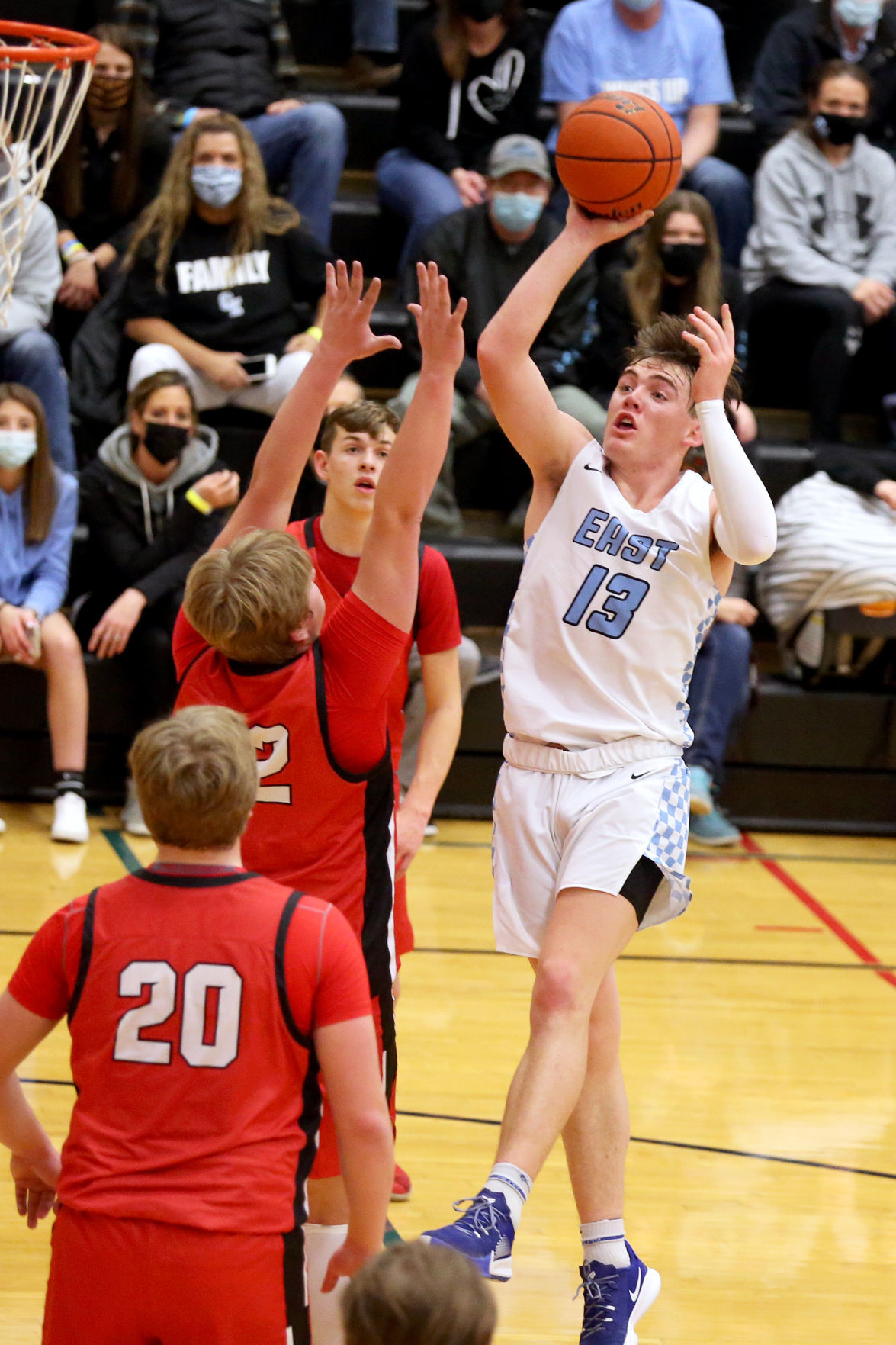 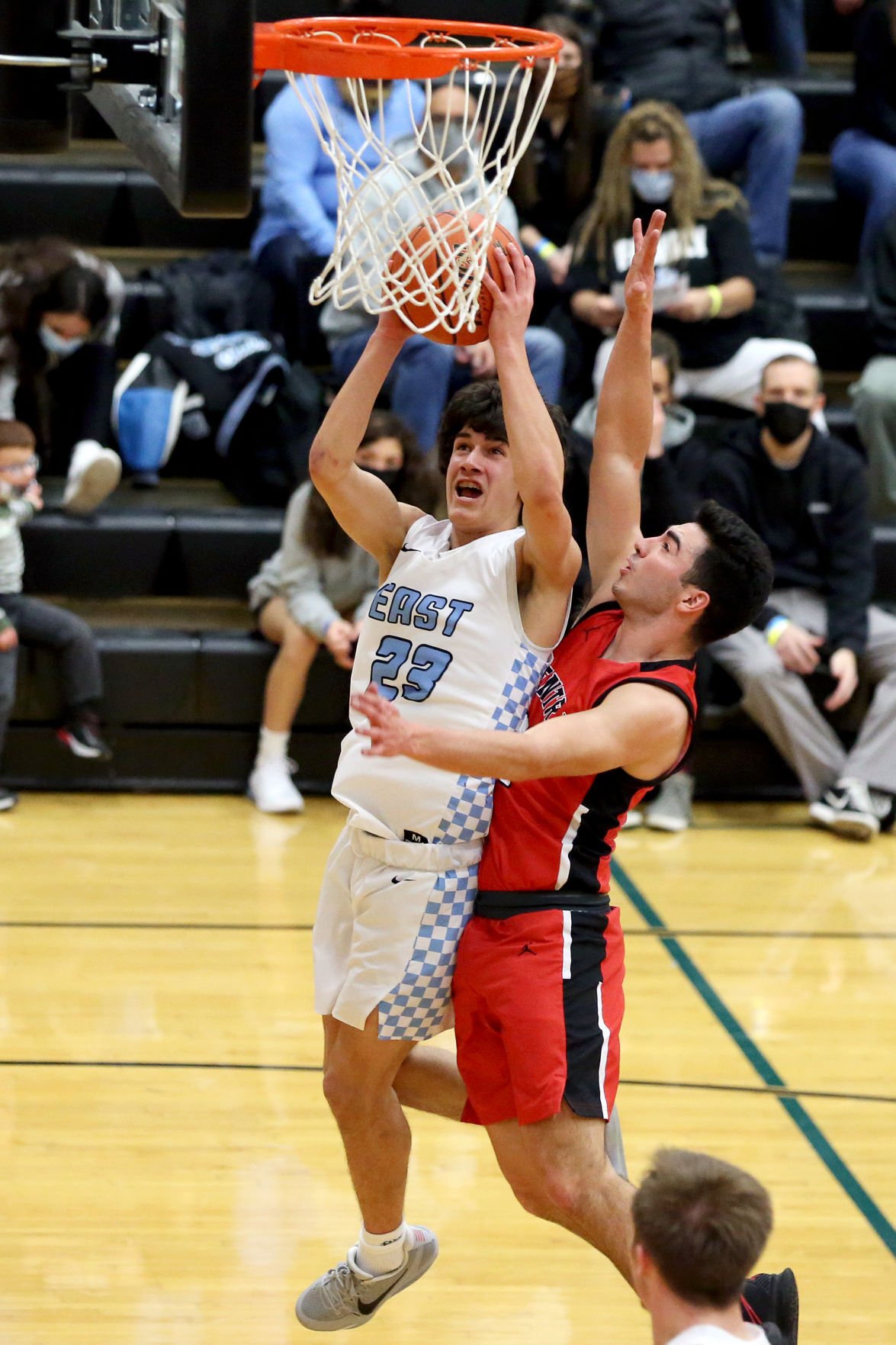 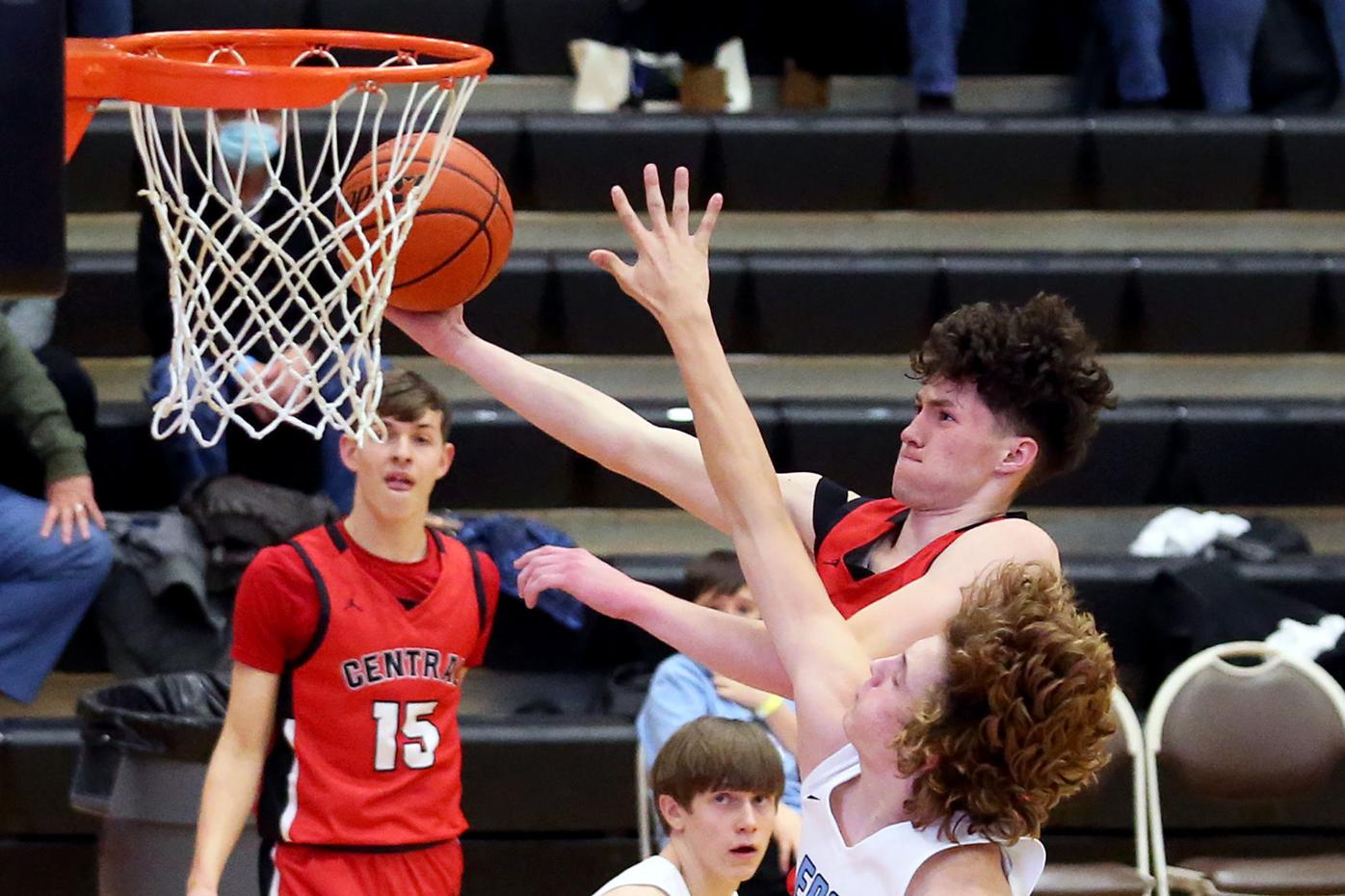 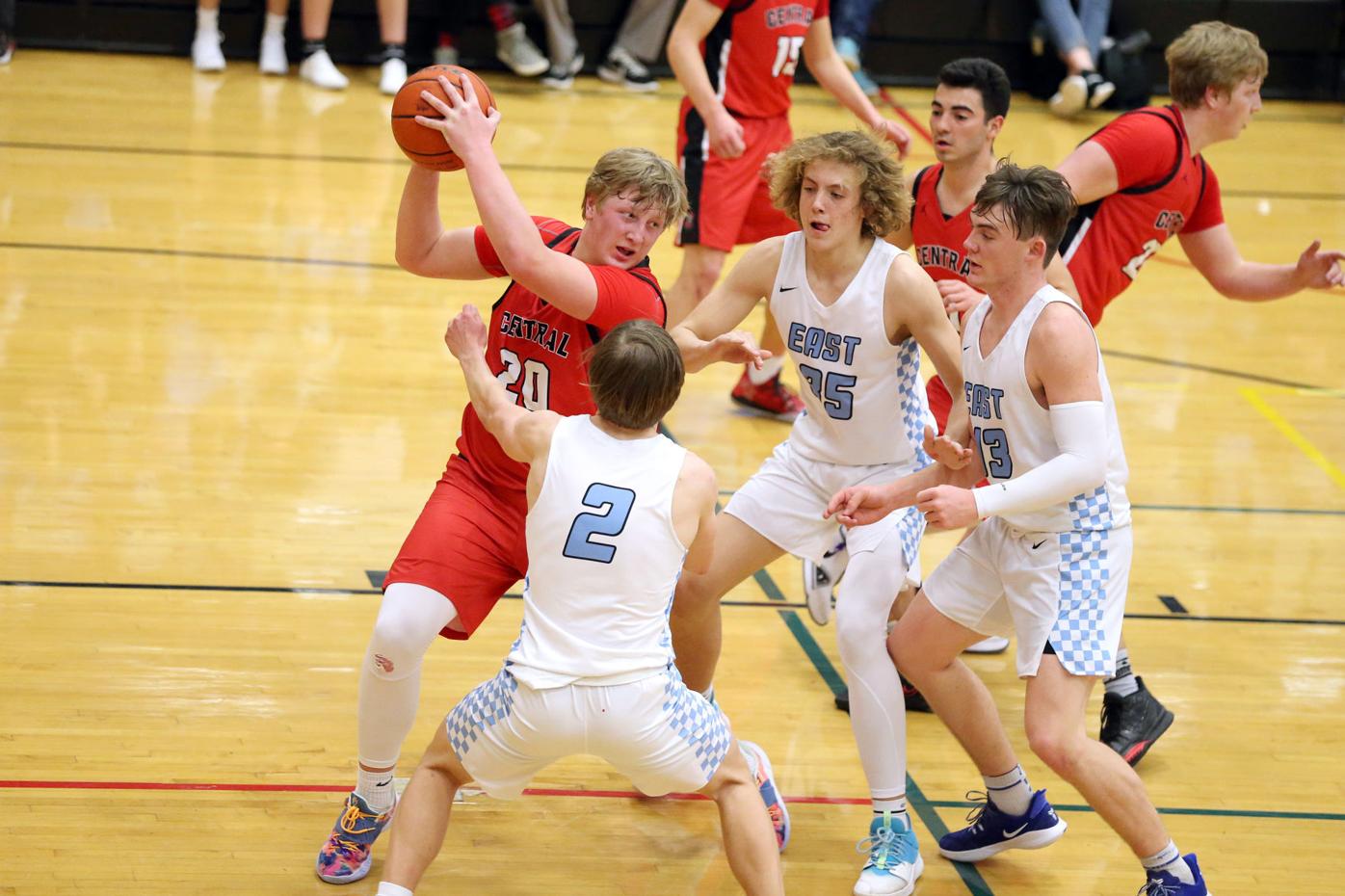 CHEYENNE – Cheyenne Central had control for much of the game against crosstown foe Cheyenne East on Friday night.

East trailed by as much as 18 late in the third quarter, but managed to cut it to within three with 3 minutes, 5 seconds remaining in the contest. The Indians stymied the Thunderbirds’ last-minute efforts, and prevailed by closing the game on a 9-2 run and securing a 69-59 victory.

“I thought the key to the game was (Nathanial) Talich and (Cade) Burns and how well they handled the pressure,” Central coach Tagg Lain said. “We were able to break that pressure and found some guys under the basket for some easy opportunities.”

East sophomore Colter McAnelly tied the game 7-7 midway through the opening period, but Central managed to close out the first period by going on a 9-4 run, widening the gap that wasn’t closed until late in that final period.

Kysar Jolley scored his only bucket of the night when he got the second quarter started with a corner 3-pointer. The second-ranked Indians responded and built on its first quarter advantage, carrying a 28-21 lead into the half.

The third-ranked T-Birds are the top scoring team in the state, averaging 69.6 points per contest. Central was able to limit East’s transition offense early, which is where the T-Birds finds most of their success.

“Our transition defense is something we pride ourselves on, talk about a lot and work on a lot,” Lain said. “(East) is really, really good, but talking about it just doesn’t get it done, because they can get down the floor in a hurry.”

The Indians started the second half by going on a 6-0 run until Graedyn Buell went 1-for-2 from the free-throw line with 5:06 to play in the third period and East trailed 34-22. Just less than 3 minutes later, Talich grabbed his own offensive rebound and turned it into a 3-point play to give Central a 45-29 advantage. Another bucket and a 3 from Talich at the buzzer sent the Indians into the final period with a 50-35 lead.

Central (15-3 overall, 6-0 Class 4A Southeast Quadrant) scored 22 third quarter points which came primarily from attacking the basket and finishing at the rim.

“We gave them too many easy baskets, they’re a good, big, and very skilled team,” East coach Rusty Horsley said. “We let them get on the block and score too easy. That was on me as a coach, I didn’t have our guys prepared for that.”

After sophomore Garet Schlabs hit a corner 3 for the T-Birds, Buell followed it with eight consecutive points, and East trailed 56-49 with 4:29 to play. A Buell 3-point play put the T-Birds within striking distance and behind by only 3, but Central handled East’s pressure and made free throws to seal the contest.

“What I was impressed with was the way they handled the ball, they were tough with the ball and I thought they were tougher than we were (Friday night),” Horsley said.

Buell finished with a game-high 31 points. Talich paced the Indians with 23 and Brady Storebo added 16.

Central has handed East (15-2, 4-2) its only two losses on the season and is looking to carry its current momentum into the postseason.

“(We’re taking) it one game at a time, talking about not leaving anything on the table,” Storebo said. “We’re coming in humble and trying to get it done after last year. ... There’s no other group of guys I’d rather do this with.”