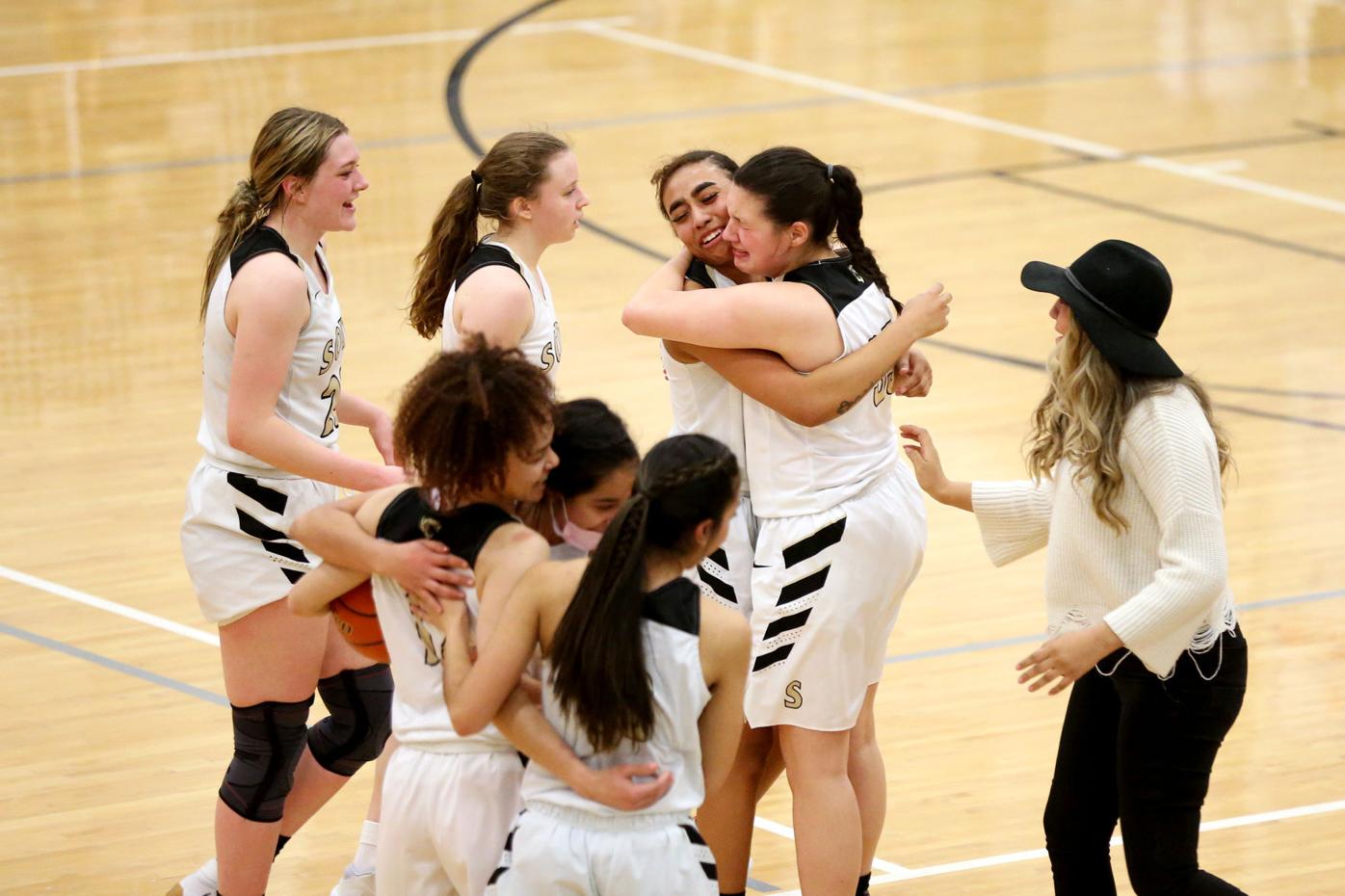 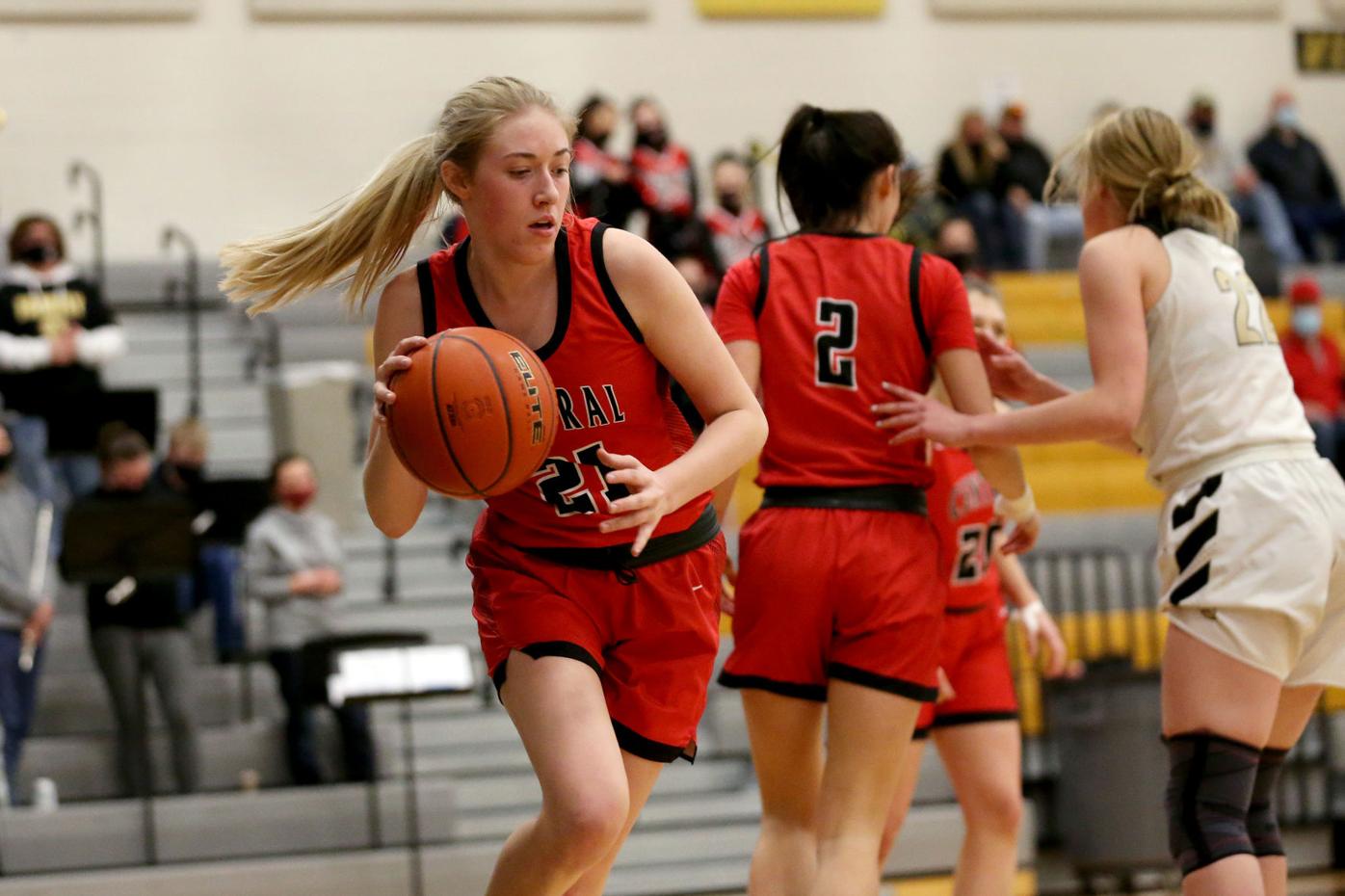 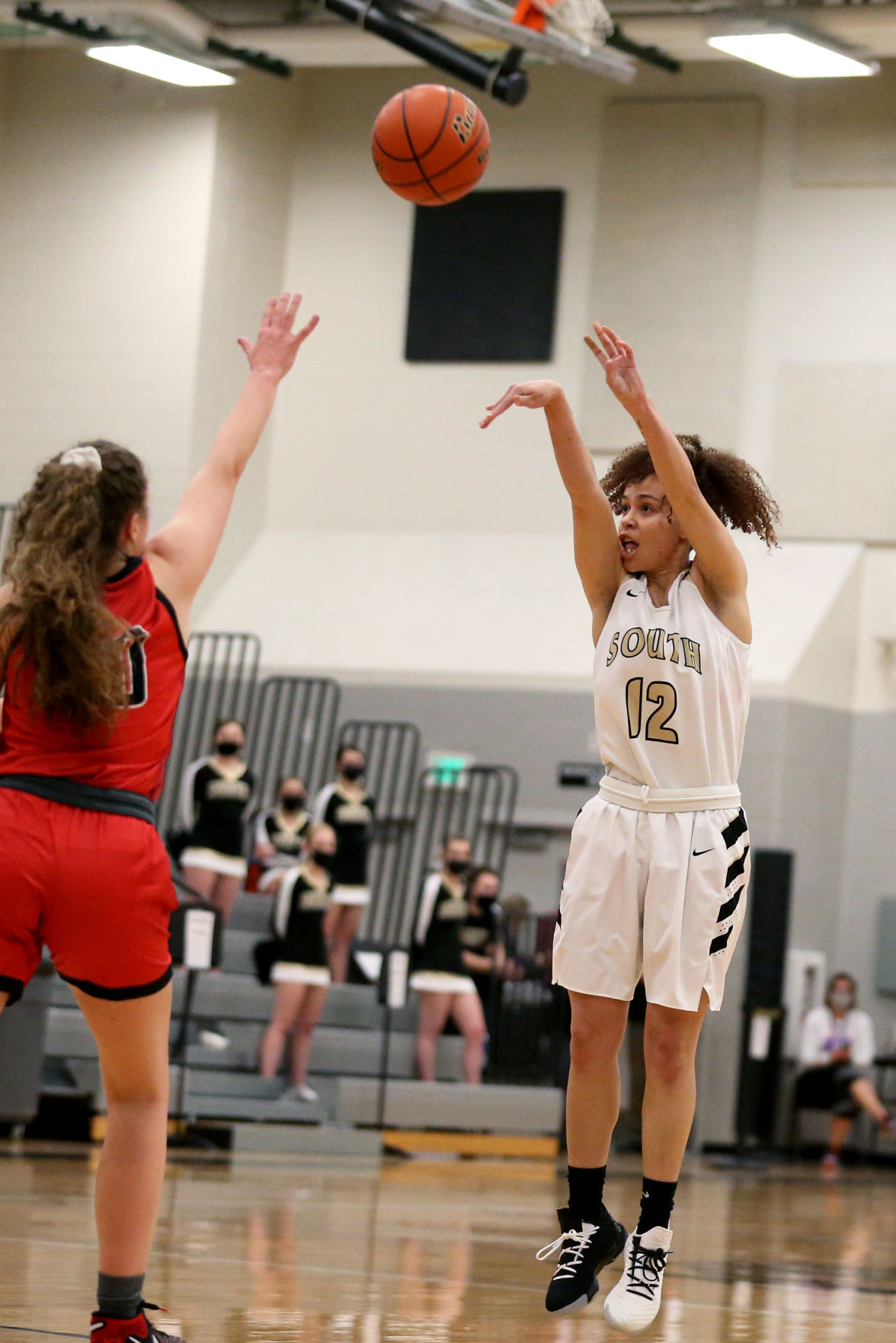 CHEYENNE – The Cheyenne South girls struggled from the free-throw line for three quarters in Thursday night’s game against Cheyenne Central.

Going into the final quarter, the Lady Bison were 10-of-18 from the charity stripe and trailed by four points. In the final period, South went 8-for-8 from the line to grab a 45-43 victory over the Lady Indians.

The game came down to its final possession with the Indians in control of the ball, holding a 45-43 advantage and 4 seconds on the clock. The Bison locked down, and Brown secured a steal to seal the game.

“We just talked about locking in our defense and not letting (Baylee Delbridge) get the ball,” Brown said.

Andraya Dimas got a bucket on the Bison’s first possession of the contest and Calysta Martinez hit a pair of free throws, giving the home team an early 4-0 advantage with just under 7 minutes to play in the opening quarter. Those were the only times the Bison saw the the ball go through the net in the first period.

Mia Gerig hit a 3-pointer from the top of the arc after Claire Fraley kicked it out to her and Baylee Delbridge got a finish just over 3 minutes later, giving Central a 5-4 lead and its first lead of the contest. Roree Cowley sank a 3 for the Indians 1 minute, 2 seconds later while her team closed out the period on an 8-0 run.

South managed to end its scoring drought after Reyna Tovar made a pair of free throws before the Indians answered with a five-point run. The Bison chipped away at their deficit and Martinez made two triples 54 seconds apart in the final minutes of the half to cut into their deficit and go into the break trailing 18-16.

The start of the third quarter was arguably the most crucial few minutes of the game.

After Riley VanTassell got a bucket to tie it up, Dimas made a free throw to give the Bison a 19-18 lead with 6:40 to play in the third quarter. It their first lead since early in the first period.

“We had a stretch right of the beginning of the third quarter where we turned the ball over three out of four possessions,” Central coach Glen Kirkbride said. “Against good teams, you can’t do that, and that set the tone for the rest second half.”

Central grabbed the lead back and was ahead by as much as five at one point before taking the four-point advantage into the final quarter.

Midway through the fourth, Martinez went on a six-point run of her own to give South a 35-34 lead. Delbridge answered with a pull-up jumper before Brown hit a triple for another lead change.

It was an all-around team win for South, although the offensive production has been making its rounds game-by-game.

“The thing I love about this team is that they’re a true team,” DeBruyn said. “You look up at the score and it’s a different leading scorer every night. What a luxury to have as a coach.”