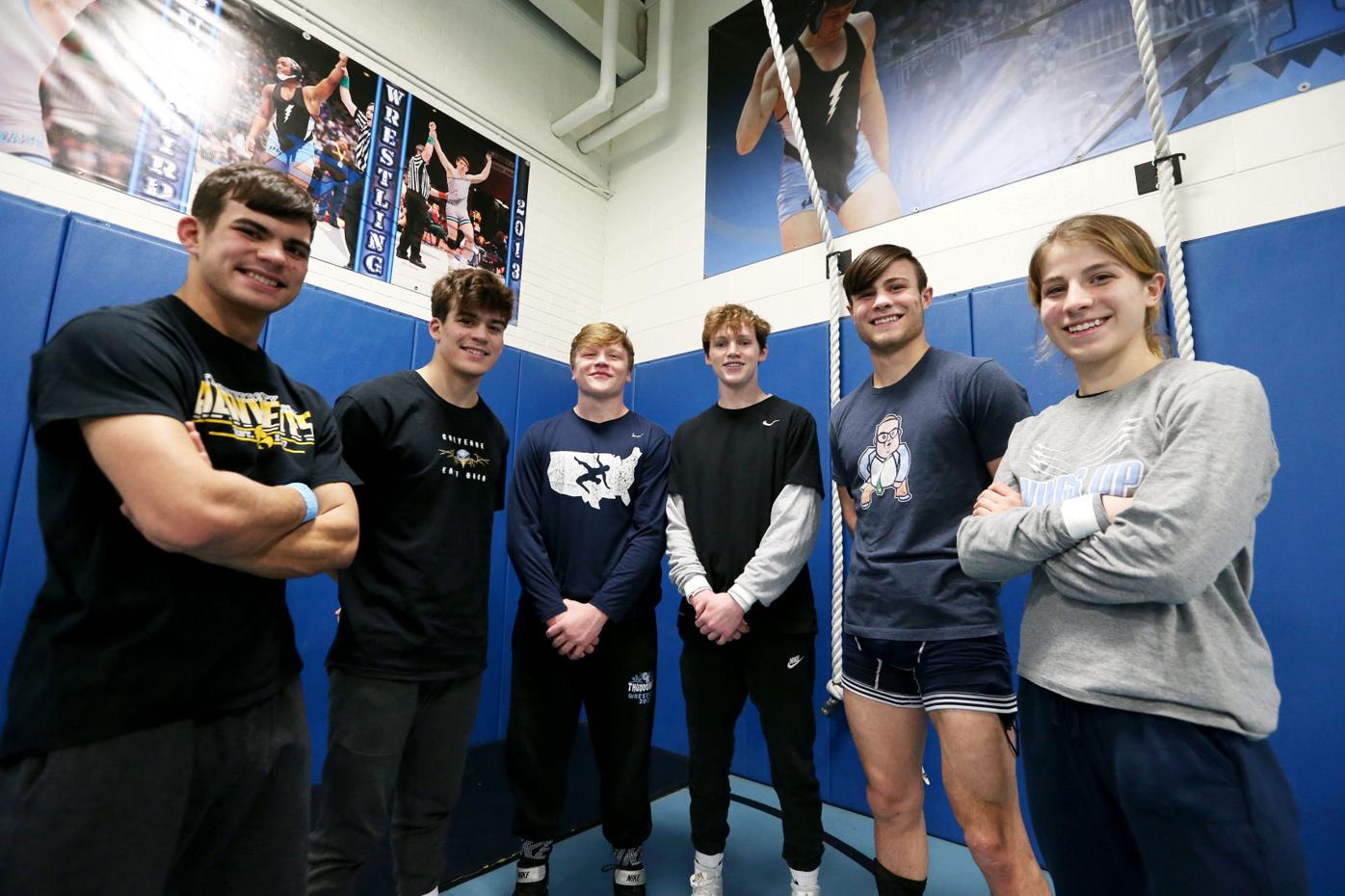 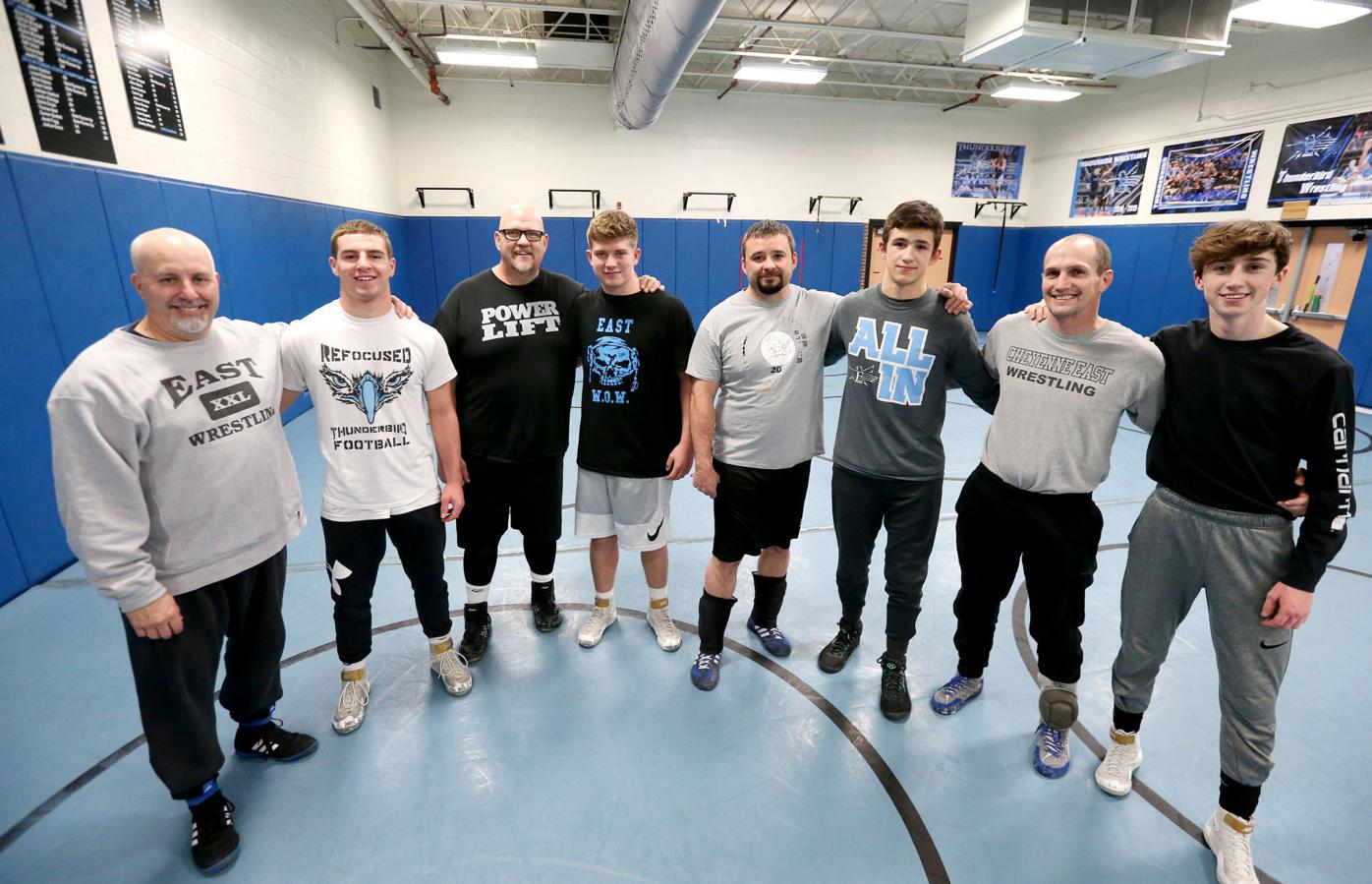 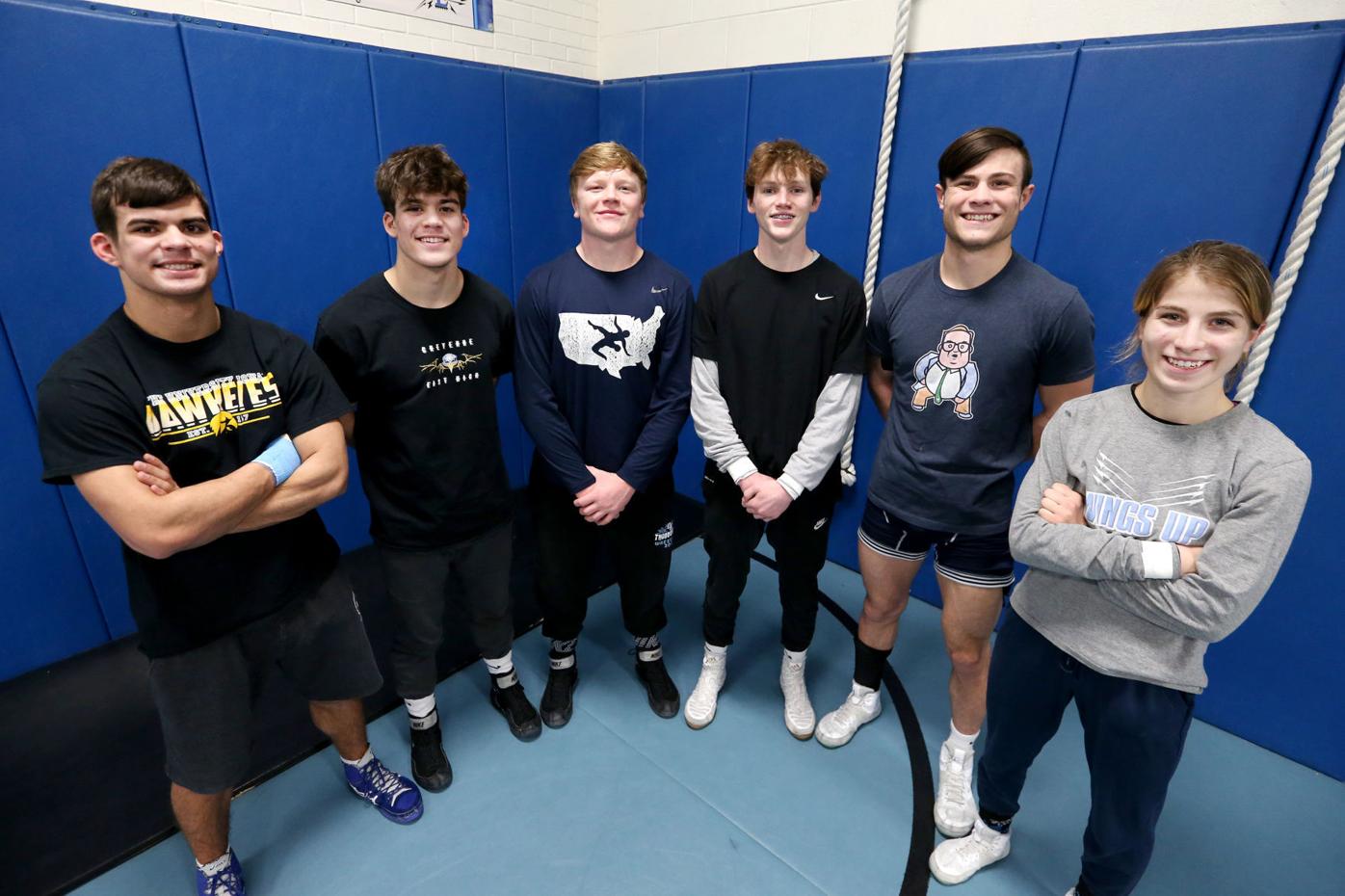 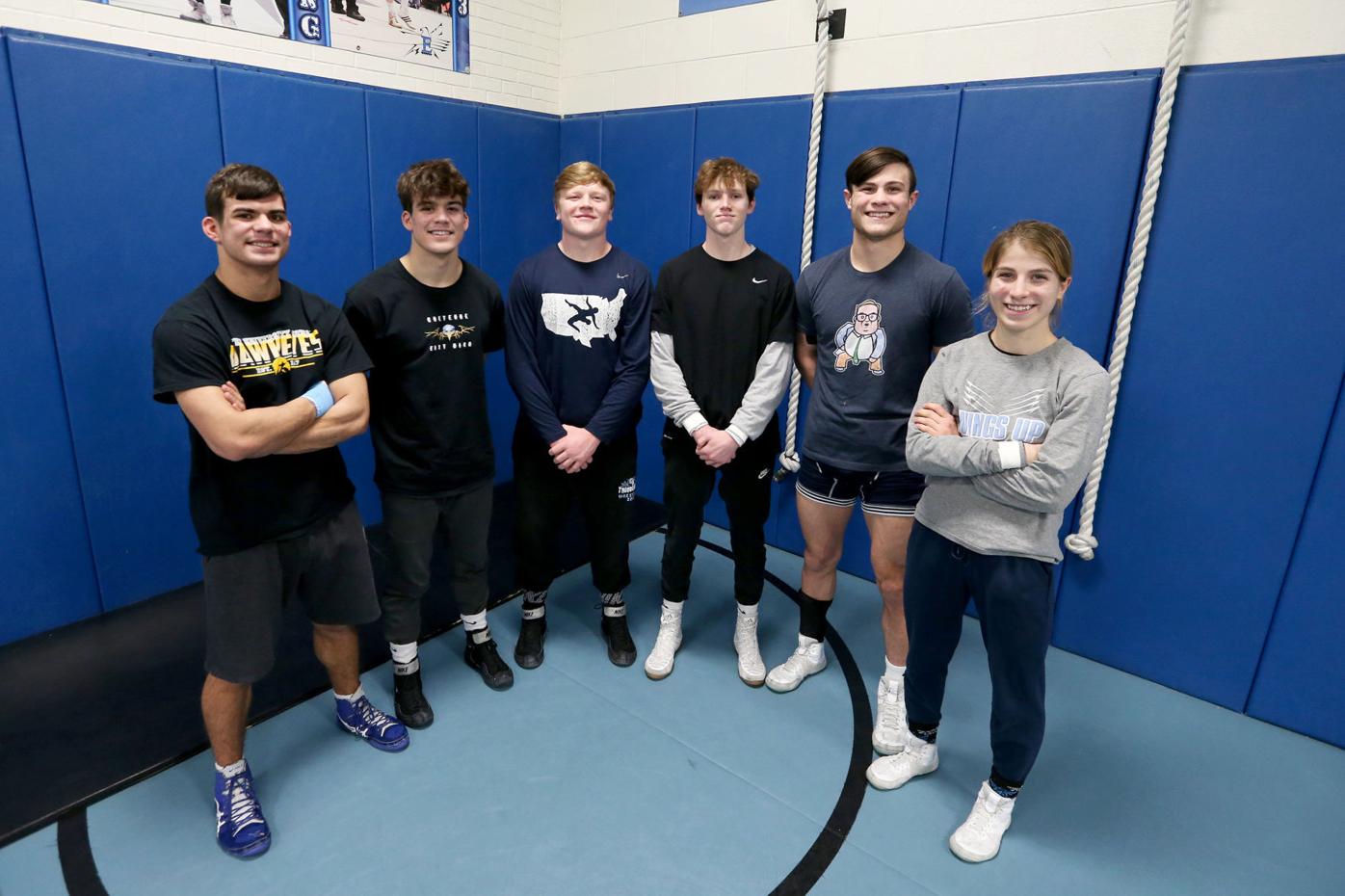 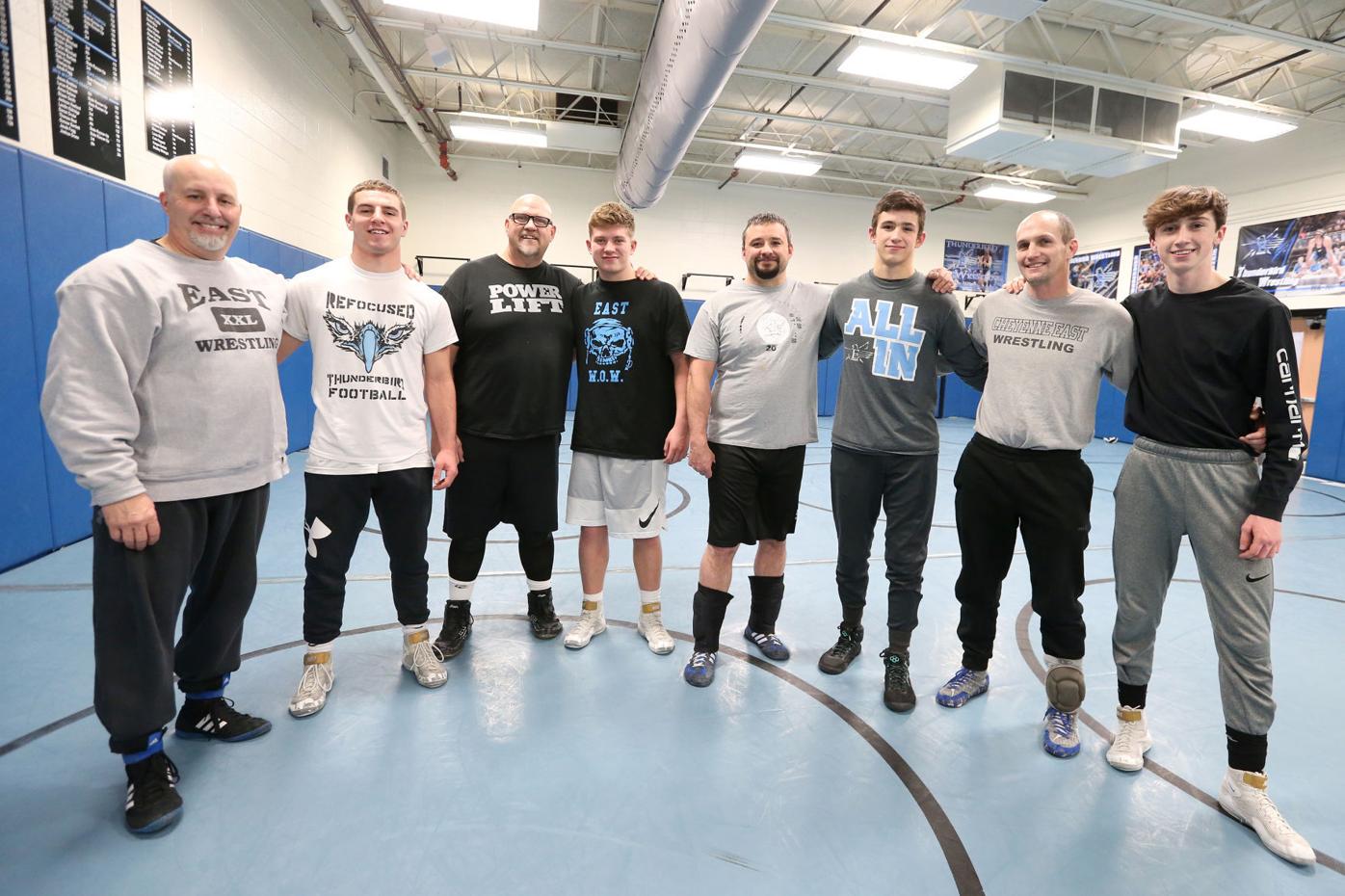 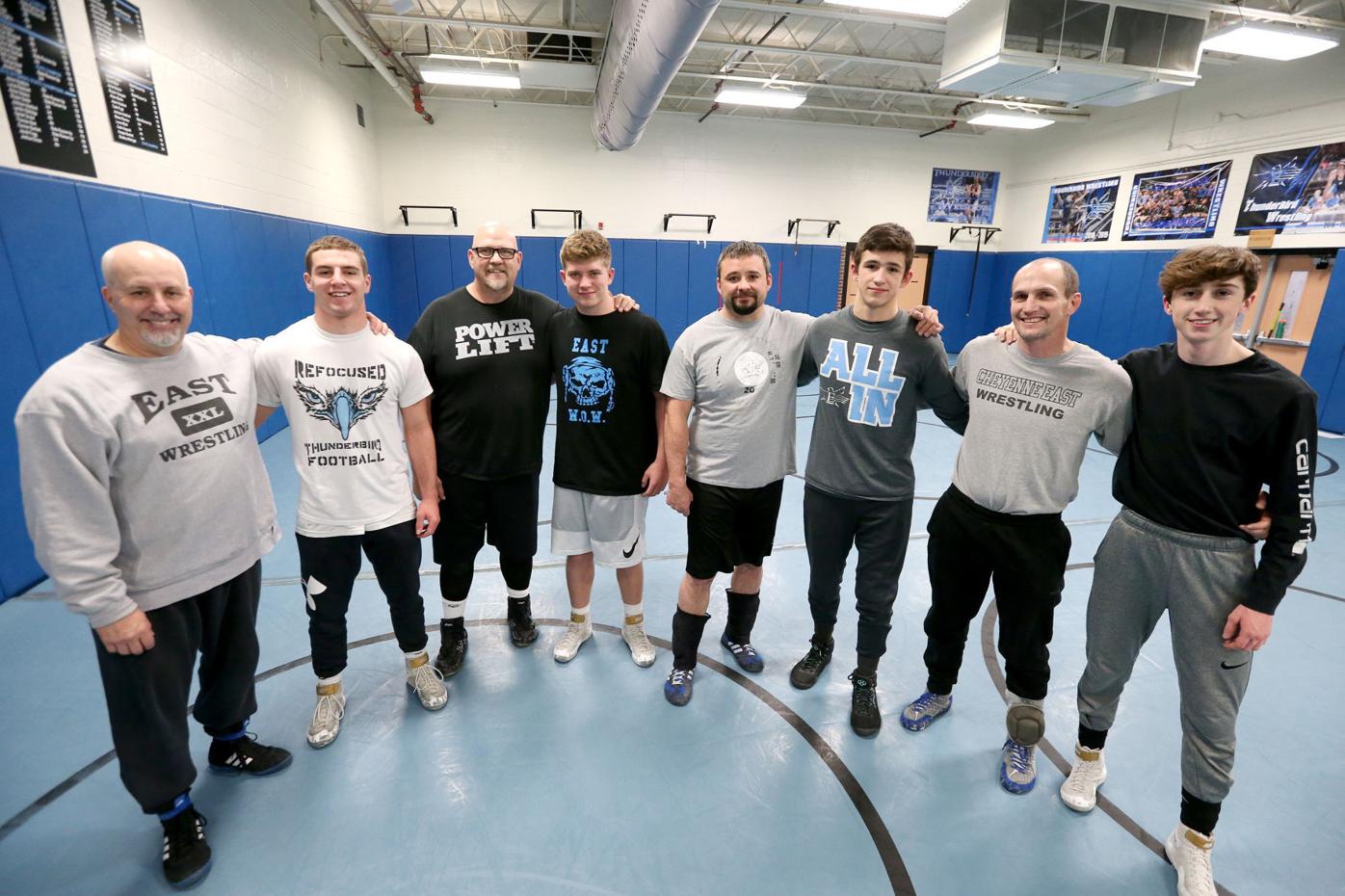 CHEYENNE – Many teams refer to themselves as families.

It’s understandable, considering how they root for each other during the highs and lows of a season, and share in the suffering of training.

However, Cheyenne East’s wrestling room is filled with blood relatives.

Four coaches have sons who will wrestle at the Class 4A state tournament Saturday. The Thunderbirds also will have three sets of siblings competing at the tourney, and nearly had a fourth.

“This is a lot different from where I grew up,” said East coach Thad Trujillo, who won a state title as a senior at Northglenn (Colorado) High. “You’ll see siblings go through the room over the years, but, in my experience, it’s unique to have so many at the same time.

“You’ll see that in some of Wyoming’s smaller communities, but you don’t expect it at a school the size of East. It’s pretty cool.”

Trujillo’s son, Landon, is 4A’s top-ranked 120-pounder, according to WyoWrestling.com, and was a state runner-up during his junior campaign. Assistant Stephen Hesford’s son, Jackson, is the No. 1 160-pounder in 4A, and a state runner-up both his junior and sophomore seasons.

Hesford is also defensive coordinator for East’s football team, and roamed the sidelines while Jackson earned all-state honors. The pair helped the T-Birds win a state title this past fall.

“It’s been such a blessing, but it’s been difficult at times,” an emotional Hesford said. “Those difficult times have been few and far between some really amazing times.

“I’m a better coach and a better dad for having had this experience. I know it’s not easy having your dad around all the time, but it’s been a pretty big blessing for us to have shared in these experiences.”

Junior 106-pounder Alleynah Ronnau knows what it’s like having a family member around constantly. Her older brother, Blaise, is the state’s third-ranked 170-pounder entering state. They are also teammates on East’s cross-country team, and have a few classes together.

“It can sometimes be too much time together, but it’s mostly good,” Alleynah said with a laugh. “It’s really nice having him around because we help each other a lot. I know that when I’m struggling, I can always go to him for help.”

Alleynah only had a few practices and matches under her belt when the Ronnaus moved to Cheyenne from Germany in 2018. She decided to get serious about the sport when she arrived at East, and spent the majority of her freshman season as East’s junior-varsity 106-pounder. She has spent the past two seasons as its No. 1 wrestler in that weight class.

Alleynah earned her spot at state by winning the Southeast Quadrant tournament.

“It’s been amazing seeing her grow and sharing that with her,” said Blaise, who also claimed a quadrant title. “Seeing her come here and compete against dudes who have been wrestling since they were 5 is awesome. She has been competitive, but now she’s winning.

“She’s not as physically strong as a lot of the boys she’s wrestling, but she’s still finding ways to win.”

Blaise sometimes catches himself cheering so loudly for Alleynah that he drowns out East’s coaches.

“I’m up and down, out of my seat when she wrestles,” he said. “I want to see her succeed so bad that I can’t just sit back and watch. I have to remind myself to sit down and let the coaches do their thing.”

“It gets on my nerves,” Bradley said. “I care so much, and it bothers me when he’s in a close match, he’s losing or he just can’t get something he needs to do to win.”

The Whitrights were excited for this season because it would be their last in the same school. Benjamin, a freshman 113-pounder, and Bradley frequently stay after practice to go over technique.

“He is always in my corner helping me whenever I need help, and he’s always trying to help me improve,” Benjamin said. “It’s really cool having him in the wrestling room and at tournaments. He knows a lot because he has experienced a lot.”

Junior Cade Pugh is the fifth-ranked 145-pounder in 4A, while senior Cael Pugh checks in at No. 6 in the latest 152-pound rankings. Both won quadrant titles last week. They often go head to head during live wrestling sessions in practice.

“What happens in the wrestling room never goes home, but butting heads at home carries into the wrestling room sometimes,” Cade said. “There are definitely days I know we’re a little mad at each other, and we go a little harder after each other. That’s part of what makes having him in there with me so much fun.”

The Pughs have never crossed the line into full-on fighting, but that hasn’t always been the case with siblings at East, Trujillo said.

“There are some siblings we’ve had who we wouldn’t let practice together because it got too intense,” said Trujillo, who also has coached three nephews and his younger brother during his time at East. “This group is really good about competing with each other. They want to beat each other so they have bragging rights in their sibling rivalry, but I’ve never seen it get out of hand.”

Senior 220-pounder Josiah Aragon qualified for his third state tournament last week. Junior 132-pounder Jonus Aragon went 17-22 this season, but missed out on reaching his first state tourney when he went 0-2 at the quadrant meet.

Junior Gavin Gipfert will compete at state as a 285-pounder. His brother Gage, also a junior, spent the entire season on the T-Birds’ junior-varsity roster.

The T-Birds have tried to foster a family atmosphere since Trujillo and Hesford served as assistants for Dan Ley, who spent 27 seasons coaching at East.

“It makes me feel good seeing how many siblings have come through the wrestling room and been part of our team in some way,” Stephen Hesford said. “We’ve even been father figures for kids who sometimes don’t have a lot of male role models in their lives.

“We’ve always tried to make it a family-like environment. It’s a big part of our success.”