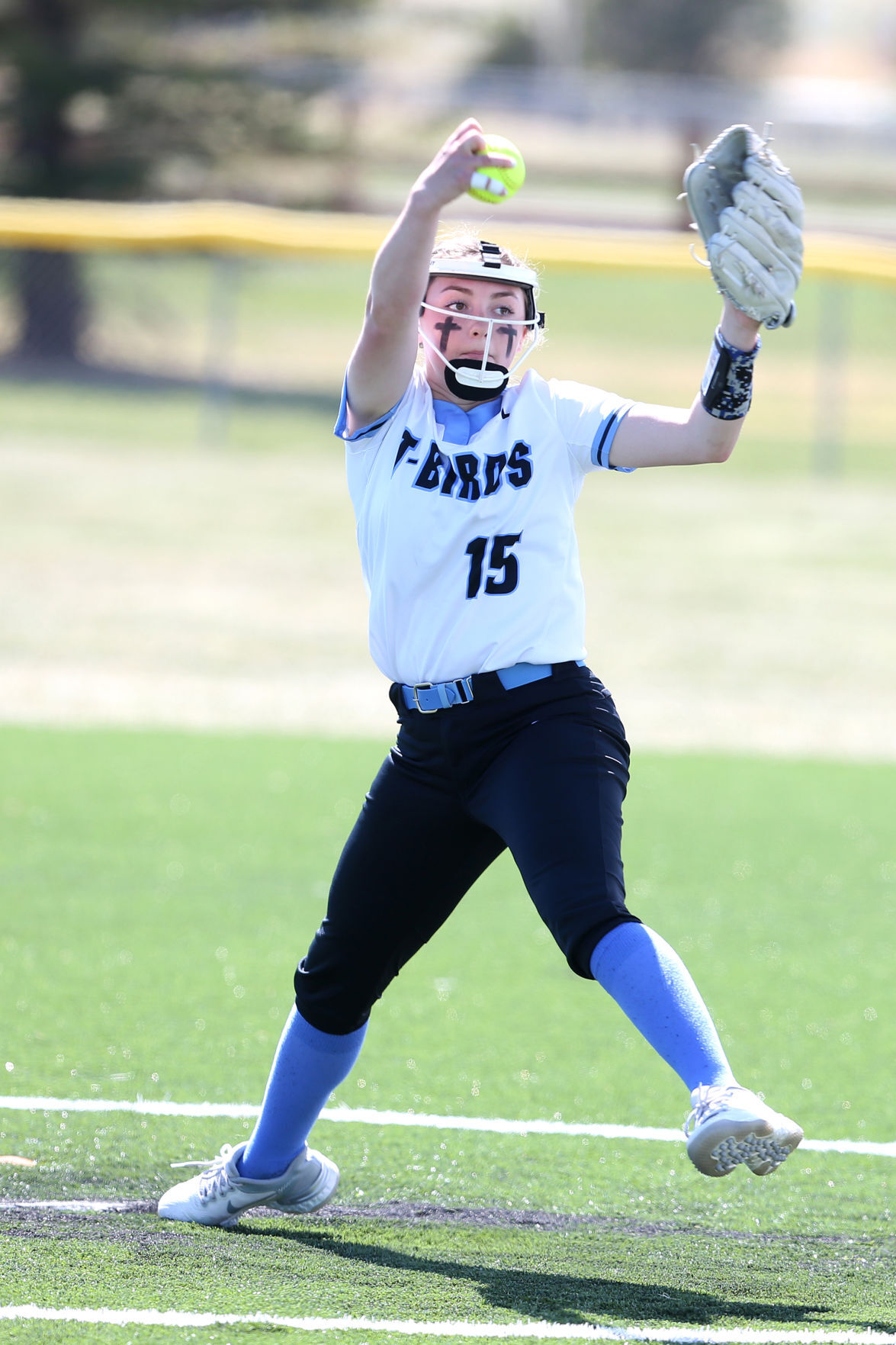 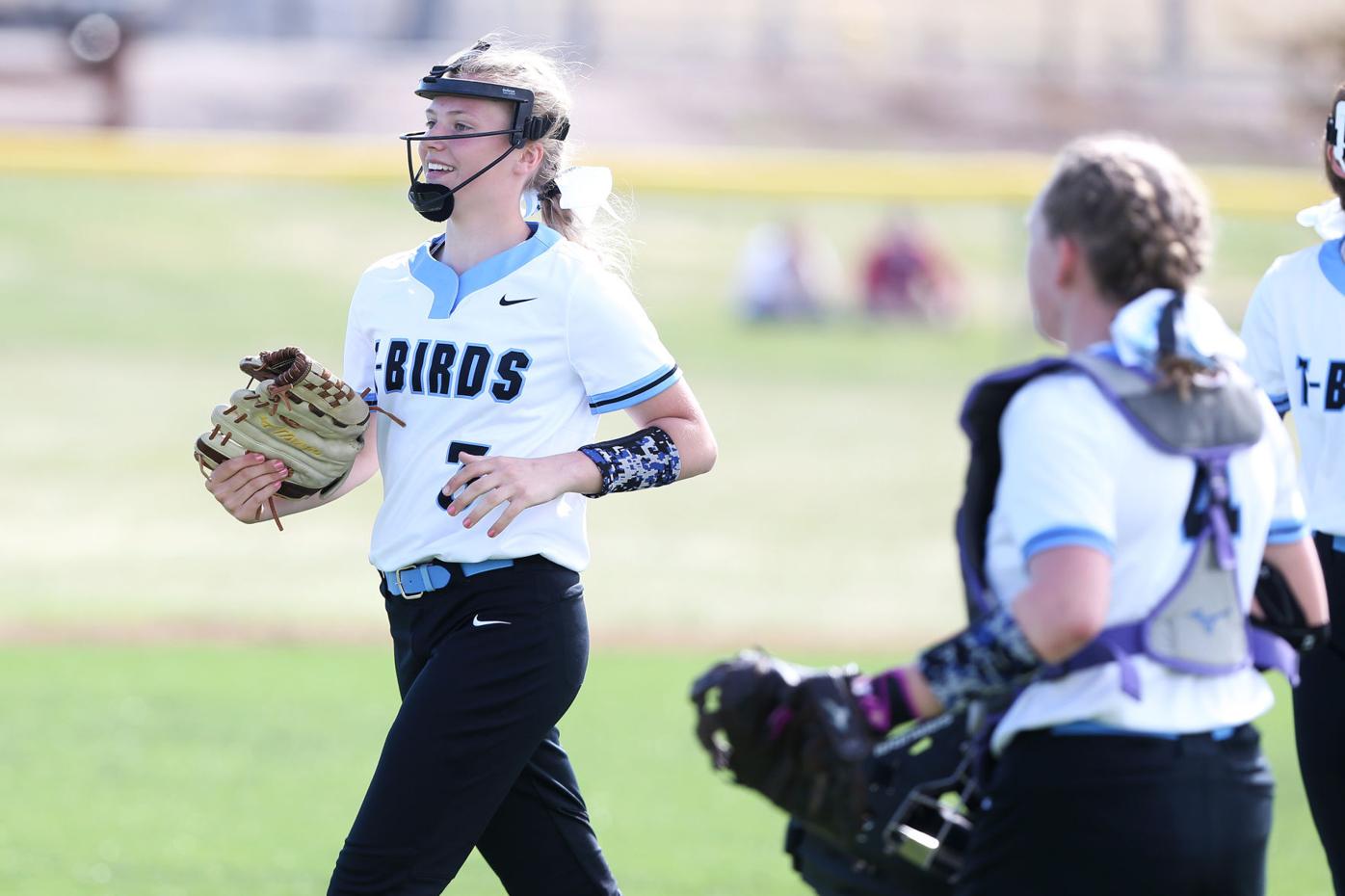 Cheyenne East shortstop Trista Stehwien smiles while running toward the dugout after catching a baserunner out of position for an out during a varsity softball game against Thunder Basin Friday, May 30, 2021, at the Cheyenne Junior Baseball Complex. East defeated Thunder Basin 14-3. Michael Cummo/Wyoming Tribune Eagle 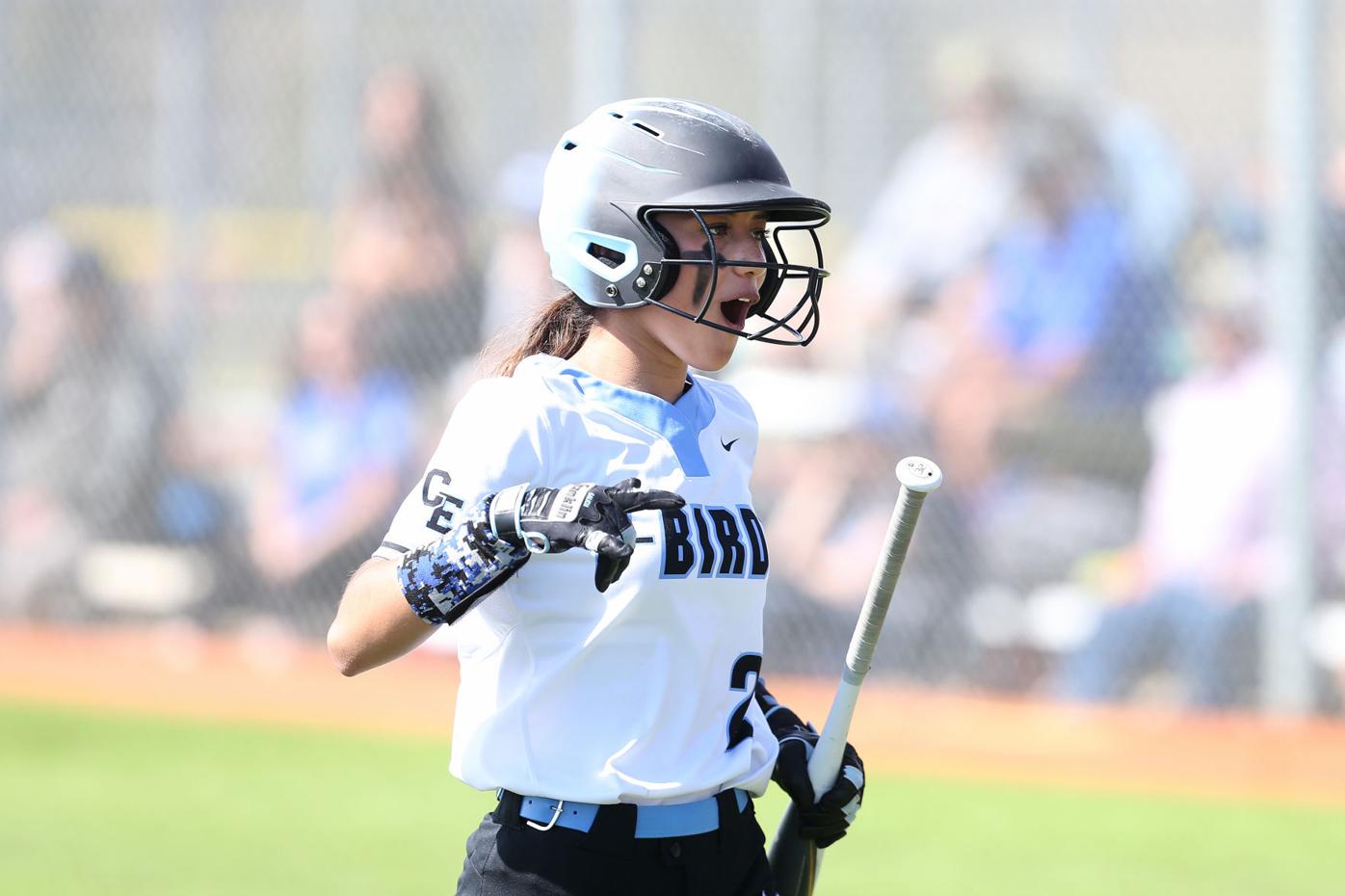 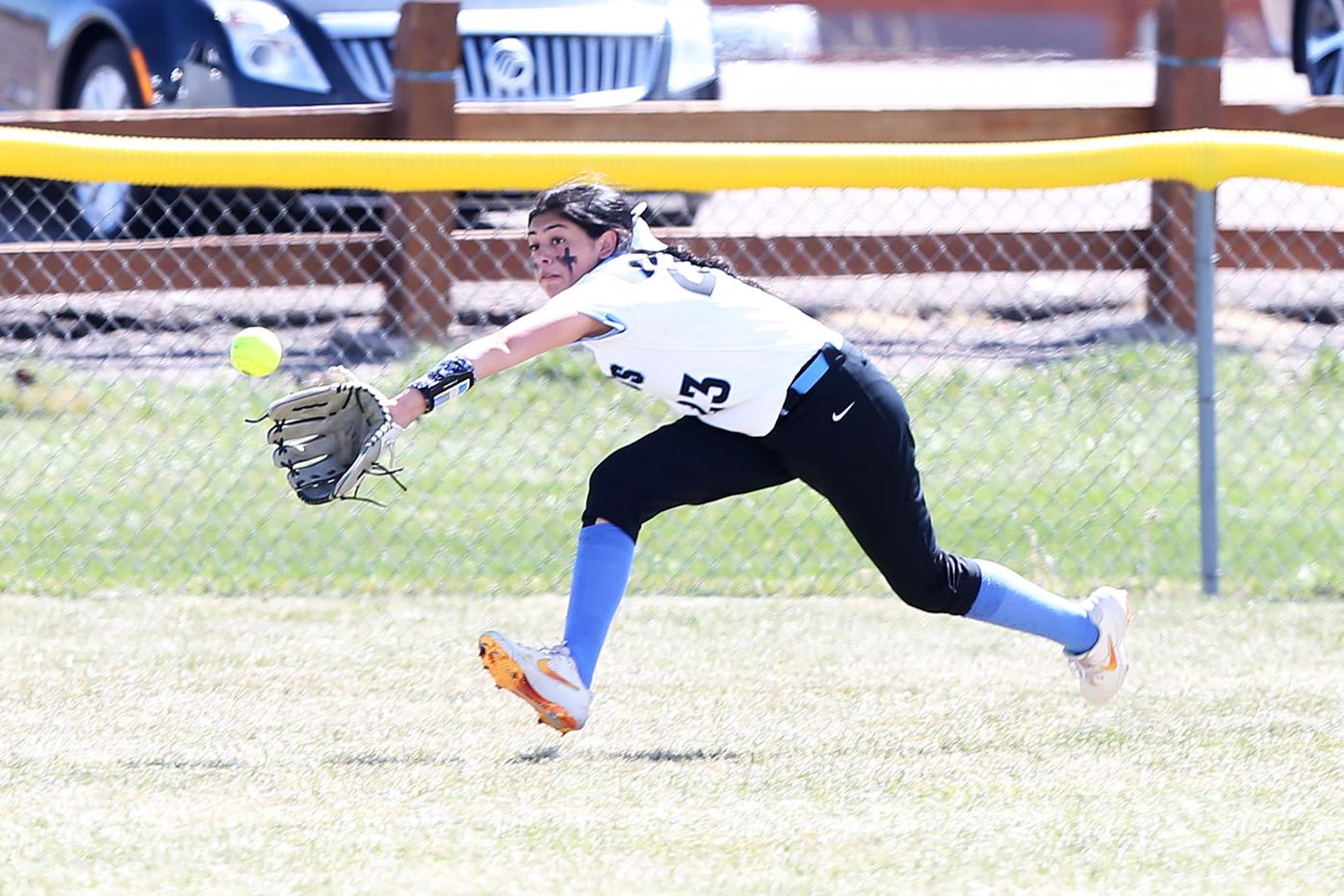 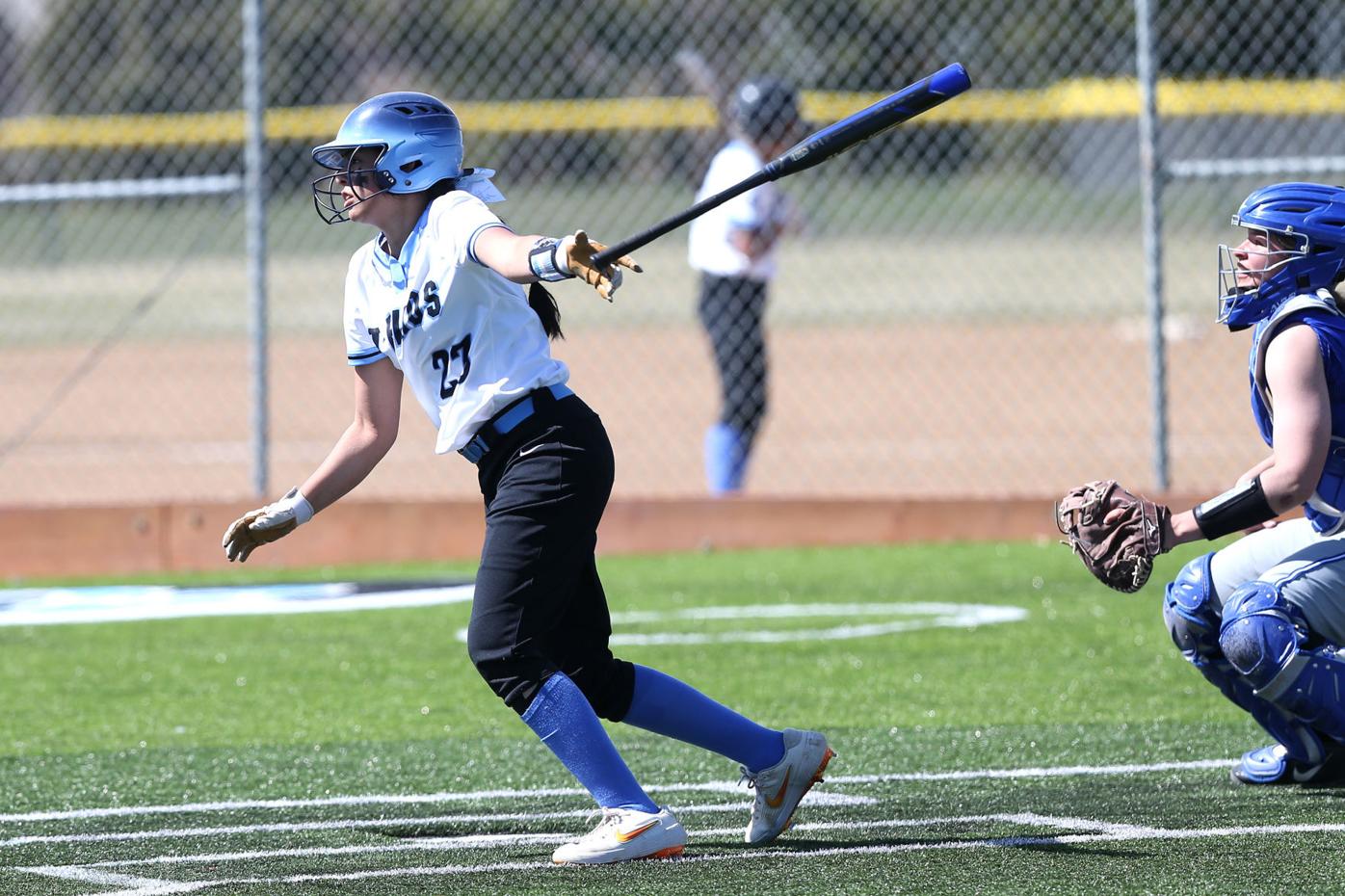 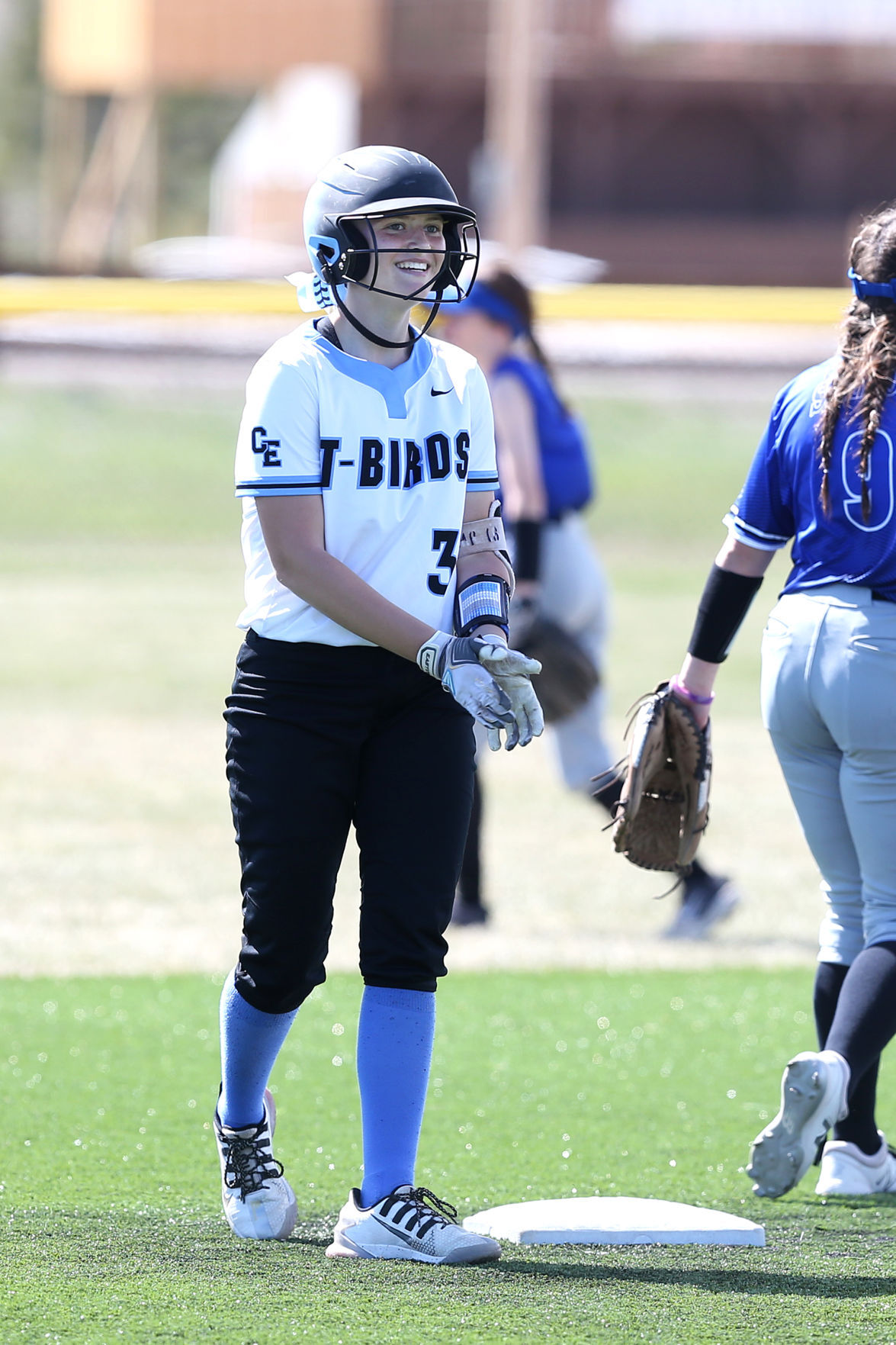 Cheyenne East shortstop Trista Stehwien smiles while running toward the dugout after catching a baserunner out of position for an out during a varsity softball game against Thunder Basin Friday, May 30, 2021, at the Cheyenne Junior Baseball Complex. East defeated Thunder Basin 14-3. Michael Cummo/Wyoming Tribune Eagle

CHEYENNE – A fractured pinky on her throwing hand didn’t alter Jaylyn Christensen’s production for the Cheyenne East softball team Friday afternoon – both in the pitcher’s circle and in the batter’s box.

Christensen struck out the top three batters in Thunder Basin’s lineup in the top of the fifth inning. She followed that with a two-run walk-off triple in the bottom of the frame to help the Lady Thunderbirds secure a 14-3 win over the No. 2-ranked Bolts in five innings.

“My mindset was really there, and I was focused and ready to go,” Christensen said. “It was kind of a struggle because I fractured my finger, but I just worked through it and wanted to be there for my team.”

After Macie Selfors drove a pitch to left field and rounded the bases for an inside-the-park home run and an early 1-0 Thunder Basin lead in the top of the first, East responded by providing Christensen with plenty of run support.

Trista Stehwien started the scoring by smacking a ball up the middle to score leadoff hitter Ariana Galicia. East batted through its lineup and scored three more runs. Galicia walked and Stehwien had her second hit of the inning, this time a two-run double to left field.

A passed ball and an error scored three more East runs, and a single from Emily Schlagel scored Christensen and capped the 11-run first inning. Fifteen batters stepped to the plate in the opening frame, leading to seven hits.

“(Friday) we geared the girls up and knew we had to get Thunder Basin,” East coach Adam Galicia said. “They were pretty focused in warm-ups, and they were just ready to go and get it done, get a little bit of revenge and just show them that when we went up to Gillette the first time we didn’t show our best stuff.”

The top of the second inning only saw seven total pitches from Christensen, and a 6-4-3 double play from Thunder Basin in the bottom forced a scoreless frame.

Thunder Basin (10-3 overall, 6-2 East Conference) scored its final two runs in the third when Lauren O’Loughlin drove in Makynzie Loftus and Maddie Drube, but the T-Birds managed to get out of the inning still holding a comfortable 11-3 advantage.

The fourth inning featured only seven combined batters, before the the top of East’s lineup and Christensen ended the game early in the fifth.

“Overall, it was a great game, and the team played great,” Christensen said. “I wouldn’t have been able to do it without them.”

Stehwien went 3 for 4 with three RBIs.

The T-Birds (6-6, 5-3) have won six of their last eight games and seem to have found their rhythm as the end of the regular season approaches. Six different East players brought one run across.

“We’re gearing, we’re building to make a run at state,” Adam Galicia said. “We’re on a rise right now, the girls have put in the work, the bats are going, the pitching has come along … we want to send a message to the rest of the state that, ‘Hey, we’re going to be heard from by the time it’s all said and done.’”

CHEYENNE – In the night cap of the doubleheader, Thunder Basin scored all 10 of its runs in the sixth and seventh innings to pick up a 10-2 victory.

Ariana Galicia went 3 for 4 for East and scored both of East’s runs.

Lexus Lehto had three RBI’s and two triples for the Bolts.