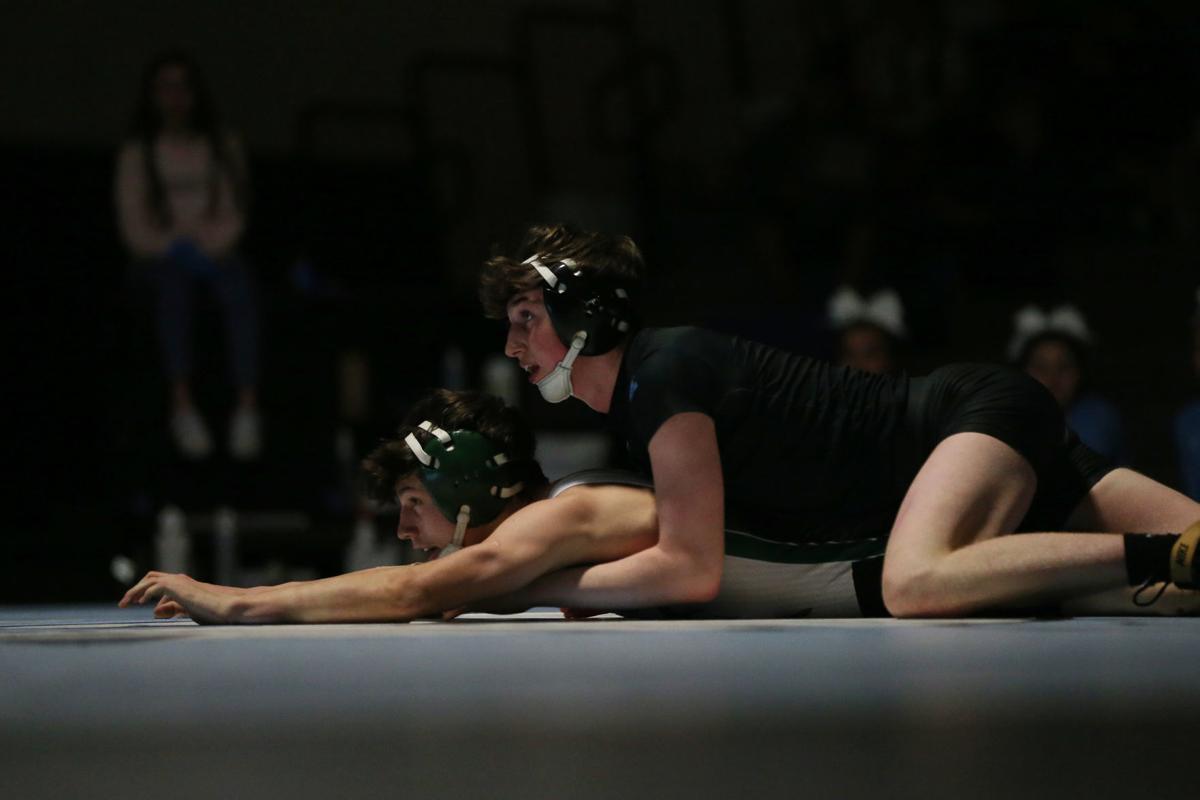 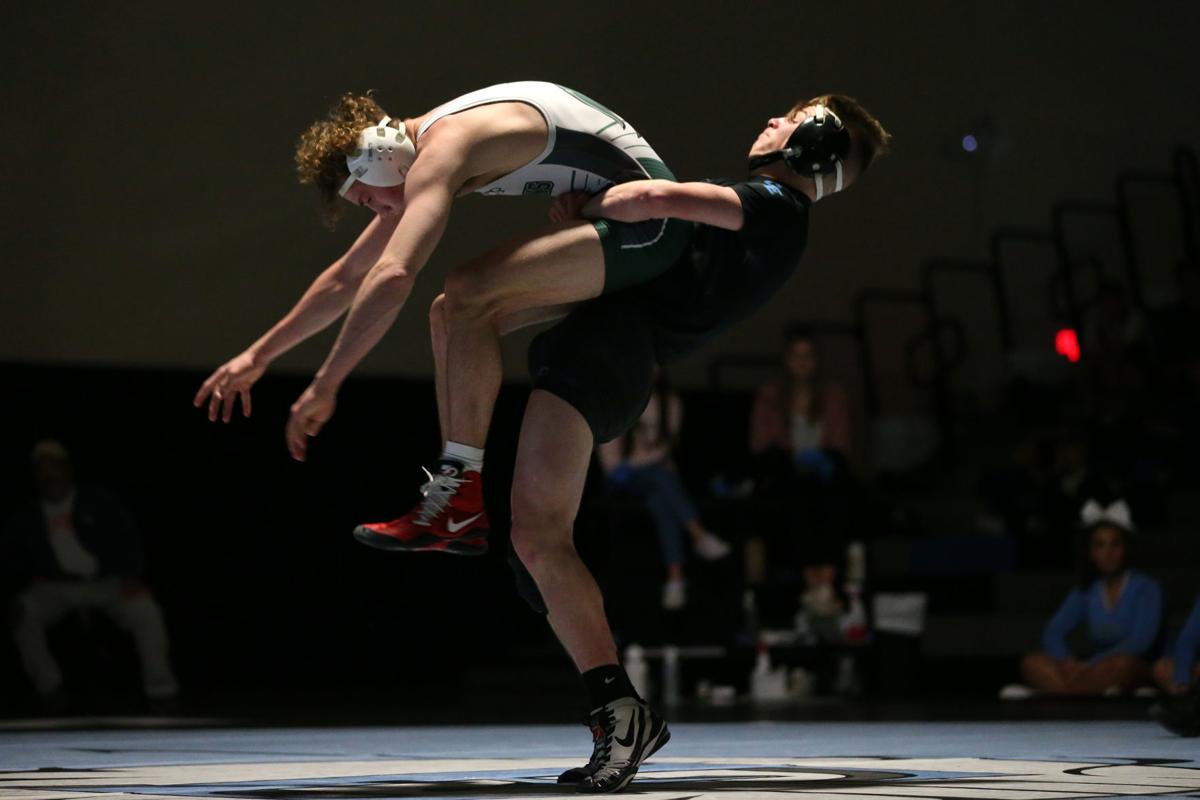 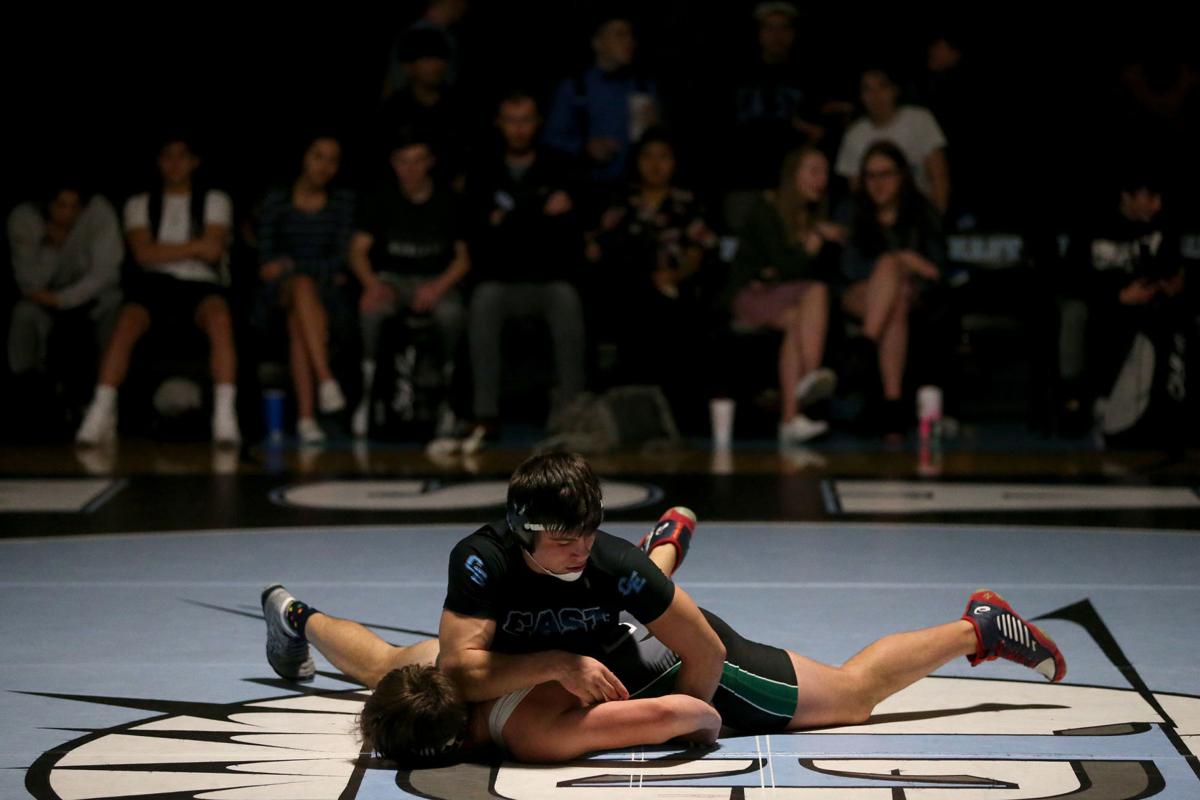 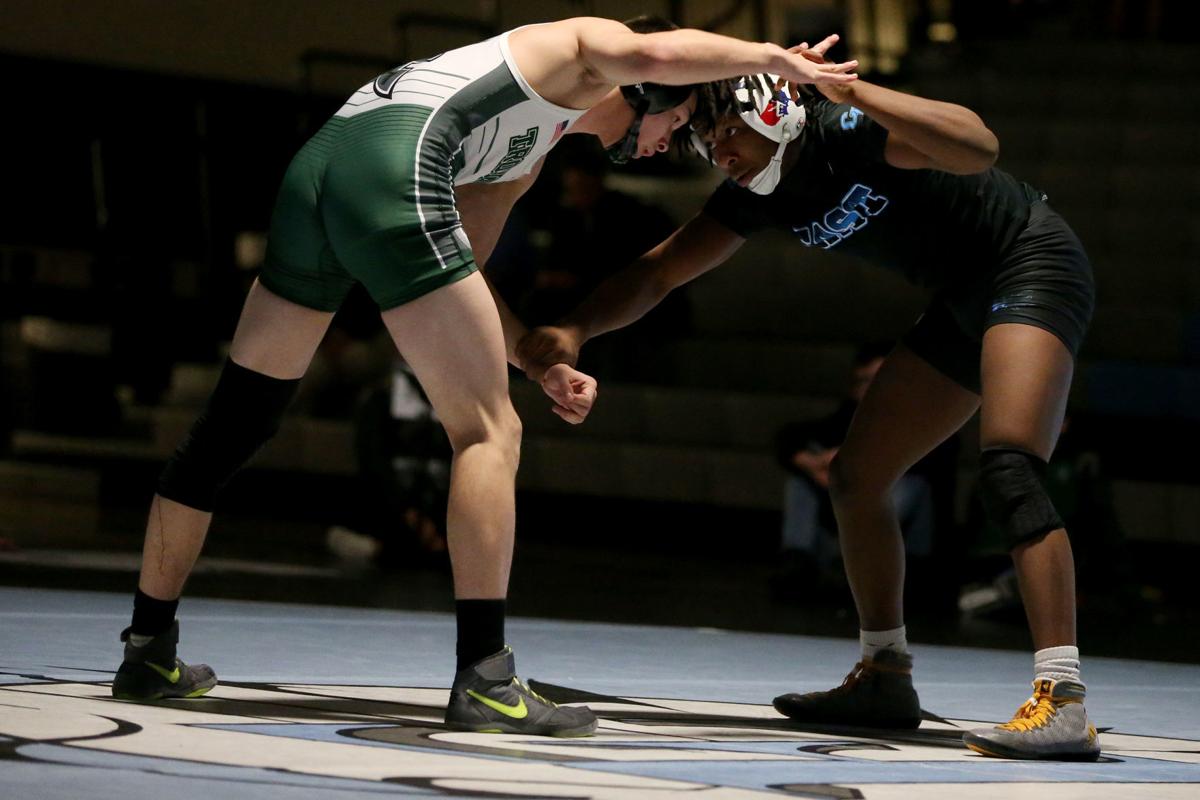 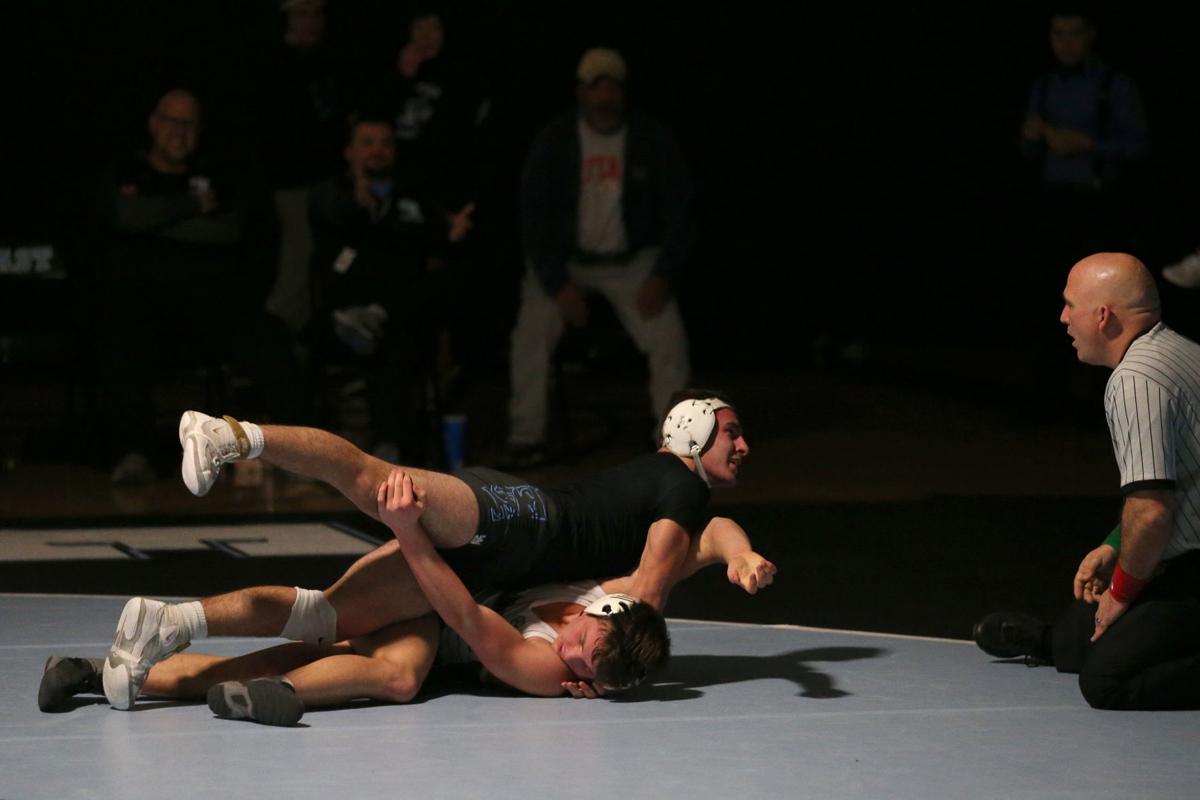 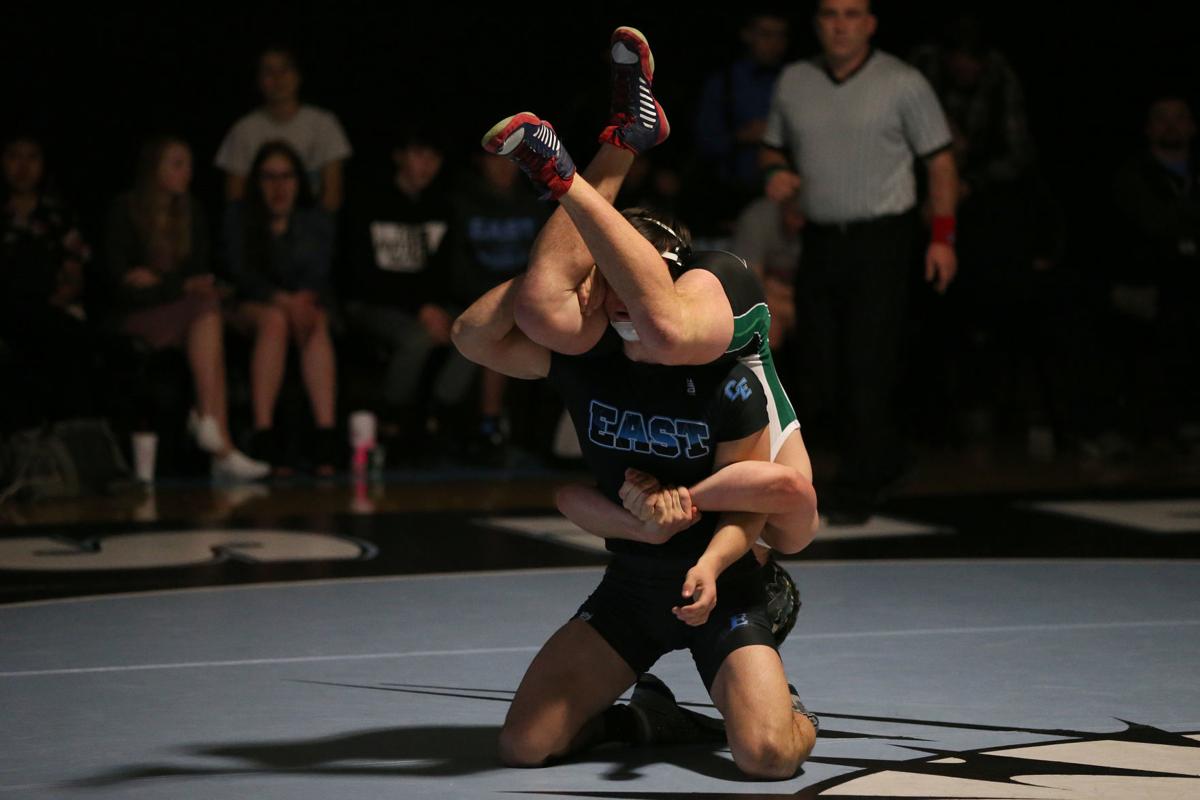 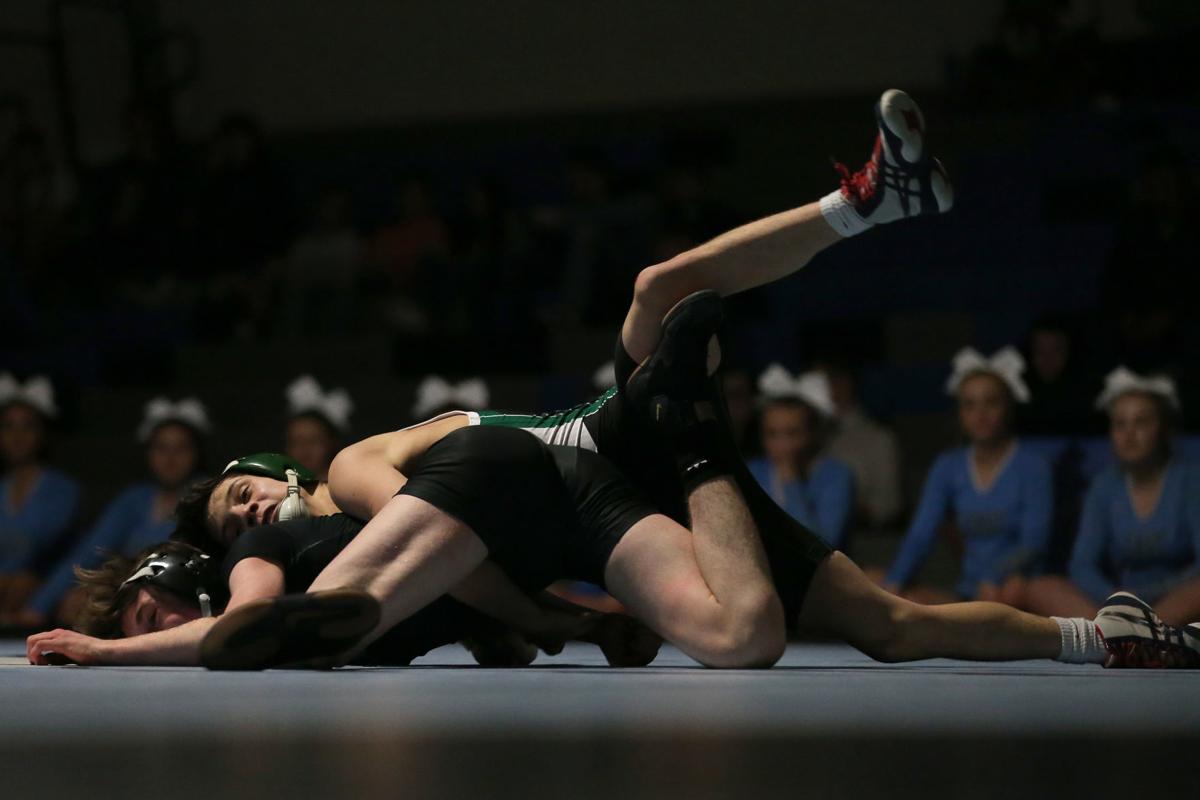 The Trojans walked away with a 38-32 victory, leaving Trujillo with a simple message for his team.

“We’ve still got time before the state tournament,” said Trujillo, who coached East to the 2018 Class 4A team title. “We’re going to get another crack at some of these matches.”

East picked up 24 points because Kelly Walsh didn’t have wrestlers available in four weight classes. The Trojans won eight of the 10 contested matches.

Only juniors Jackson Hesford (160 pounds) and Blaise Ronnau (170) picked up wins for the Thunderbirds.

Hesford scored at will on Jesse Thornton and led 8-4 after the first period. All of Thornton’s points came on allowed escapes. Hesford racked up nine points during the second period, including a pair of three-point near-falls.

He scored a takedown early in the third period for a 19-4 technical fall.

“I really wanted to get a pin for our team and help us out as much as possible, I just couldn’t get him turned enough,” Hesford said.

Ronnau grabbed a 1-0 win over Luke Nathan. Ronnau took the lead during the first period when Nathan was called for a potentially dangerous hold.

“I had a really hard time escaping from the bottom and turning him when I was on top,” Ronnau said. “I just kept believing in myself and trying for things. It was a really tough match, but I’m glad it turned out in my favor.”

Luke Jackson countered Landon Trujillo early in the first period and scored a takedown for his win. Pugh and Sam Henderson were scoreless for two periods before Henderson pulled ahead by scoring an escape with 1:51 remaining. Henderson added a takedown on a sprawl and scramble with 1:09 to go.

“We knew coming in where the swing matches were,” Thad Trujillo said. “Our guys wrestled really tough, but you have to find a way to win those close matches during a dual like this.”

Kraus countered Whitright’s throw attempt and scored a takedown for a 7-4 lead with 48 seconds remaining. He added a three-point near-fall for a 10-5 victory.

“We have a lot of things to work on between now and the state tournament,” Hesford said. “There’s a lot of motivation we can take from this dual.”

Do you think Laramie County residents are doing a good job of following social distancing and other CDC guidelines to reduce the spread of COVID-19?

Congressional delegation should distance itself from survey

Norris: Justification is by grace through faith

Missett: "Social distancing:" A term we dread, but must obey