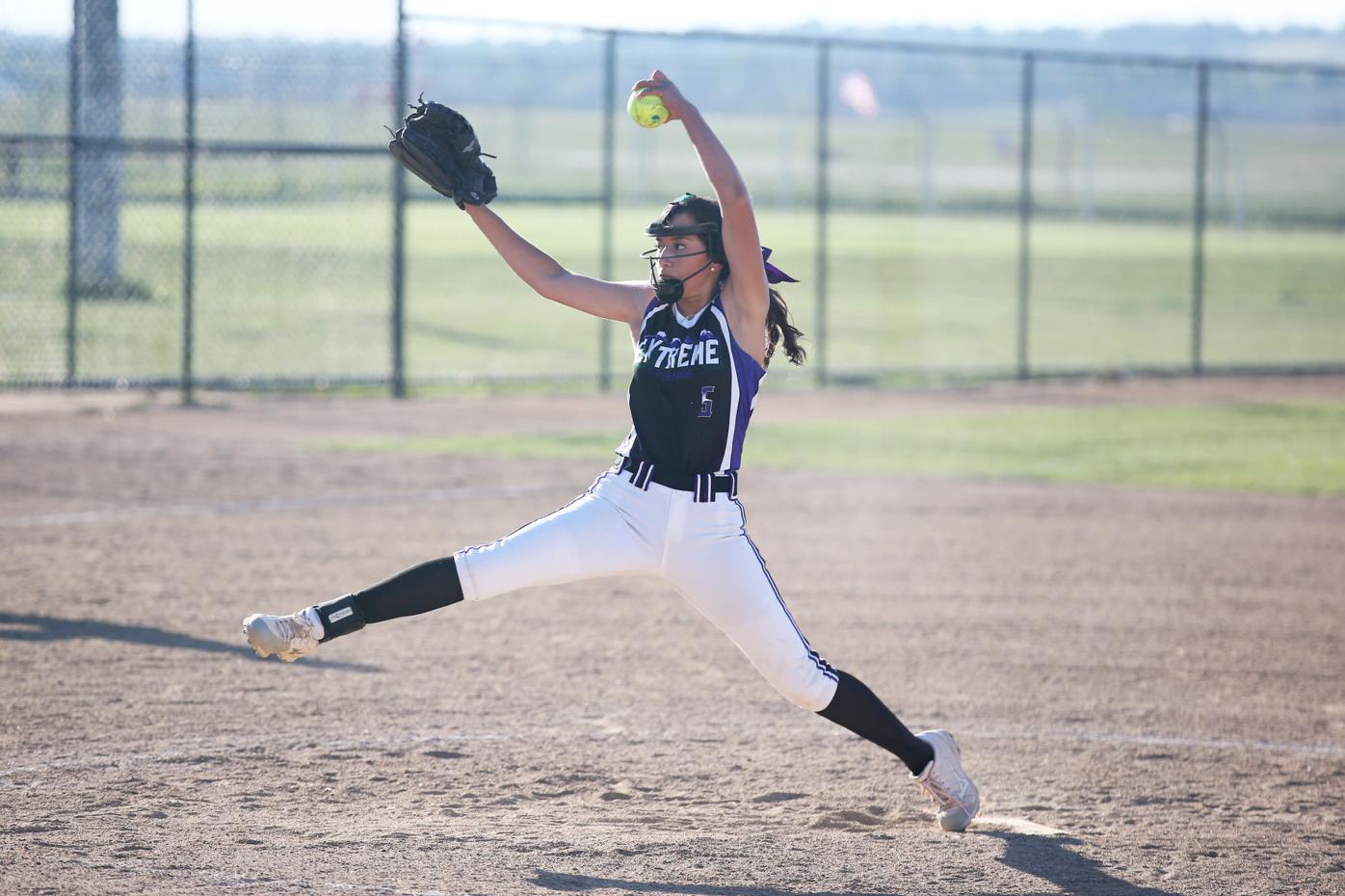 Cheyenne Extreme pitcher Ariana Galicia throws a pitch during the game against the Rockettes on Thursday, June 27, 2019, at the Converse Softball Complex. Michael Cummo/Wyoming Tribune Eagle 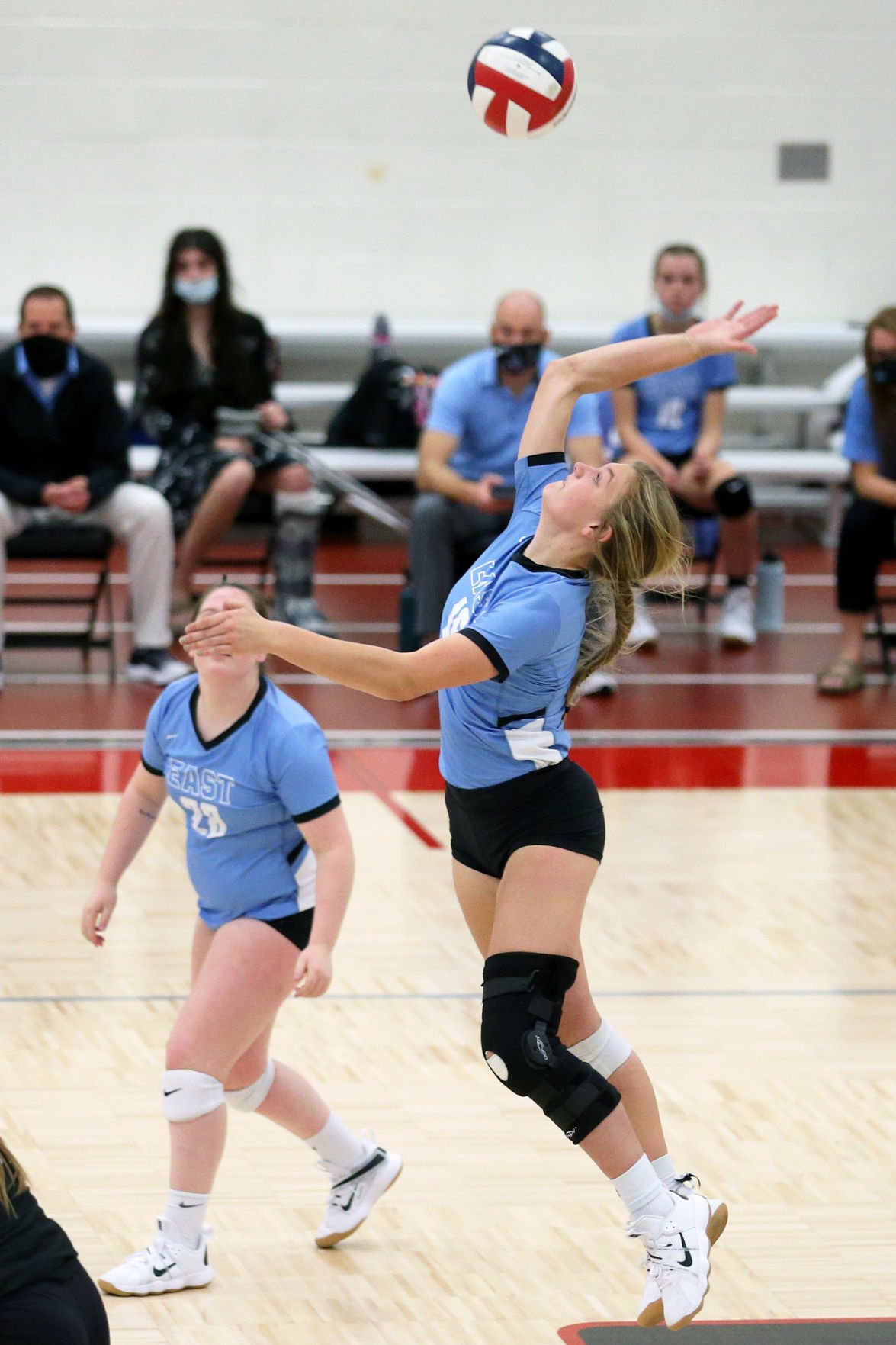 Cheyenne East senior Hailey Marshall leaps while hitting the ball over the net during a match against Cheyenne Central Thursday, Oct. 8, 2020, in the Central Fieldhouse. Michael Cummo/Wyoming Tribune Eagle

Cheyenne Extreme pitcher Ariana Galicia throws a pitch during the game against the Rockettes on Thursday, June 27, 2019, at the Converse Softball Complex. Michael Cummo/Wyoming Tribune Eagle

Cheyenne East senior Hailey Marshall leaps while hitting the ball over the net during a match against Cheyenne Central Thursday, Oct. 8, 2020, in the Central Fieldhouse. Michael Cummo/Wyoming Tribune Eagle

CHEYENNE – Ariana Galicia has been pitching for the Cheyenne Extreme under-18 girls fastpitch softball team since she was an eighth grader.

Over the past four years, the left-hander has established herself as one of the top pitchers in the region, earned Triple Crown All-American honors and helped Extreme win four state championships.

The Cheyenne East senior will take her talents to a new level next spring after signing a national letter of intent to play for NCAA Division II Black Hills State University on Wednesday afternoon.

“I visited another school, and the Black Hills community made me feel very at home,” Galicia said. “The coach is super great, and I think she is going to help push me to be a better person and softball player.”

Galicia has posted a 2.77 earned-run average and 414 strikeouts over 143 games with Extreme. She also has posted a .459 batting average.

“She is a spins pitcher,” said Extreme and East coach Adam Galicia, who also is Ariana’s father. “She has a curve, screwball, drop ball and a wicked changeup. She’s also working on adding the riseball to her arsenal.”

Ariana Galicia feels like Black Hills is a team on the rise, and is eager to be part of a group that elevates the Yellow Jackets.

“I know they’re going to push me, and I’m going to push them back,” said Galicia, who wants to study sports medicine and be a doctor. “I think I can bring a little something to the table for them and help them get on the right track.”

Marshall signs with NorthwestHailey Marshall hasn’t stepped foot on a volleyball court since early November, when the left knee injury she suffered during the season’s opening weekend became too much to handle. It’s the longest she has gone without playing the sport in years.

“Coming back from a torn (anterior cruciate ligament) is a slow, frustrating process,” she said. “I want to get back out there as soon as possible, but I know I have to be patient.”

Marshall will get the chance to resume her career when she takes the court for Northwest College, a two-year school in Powell. Marshall first started talking with Trappers coach Scott Keister roughly a year ago, and established a solid rapport with him.

“We have a good connection, so we had a relationship before I tore my ACL,” said Marshall, who plans to study secondary education. “I also really like the players up there, and I love Powell. It’s really pretty up there.”

Marshall missed a little more than a month after initially tearing her ACL. She returned to the court in mid-October, but reaggravated her injury during the regional tournament.

The outside hitter totalled 750 kills and 406 digs across her junior and senior seasons.

Marshall was an all-state pick after leading East in kills as a junior. She would have most likely repeated those honors had she not been sidelined.

“She is one of the best kids I’ve seen at putting the team first,” East coach Nicole Quigley said. “She came back from that injury, and helped our team be successful.