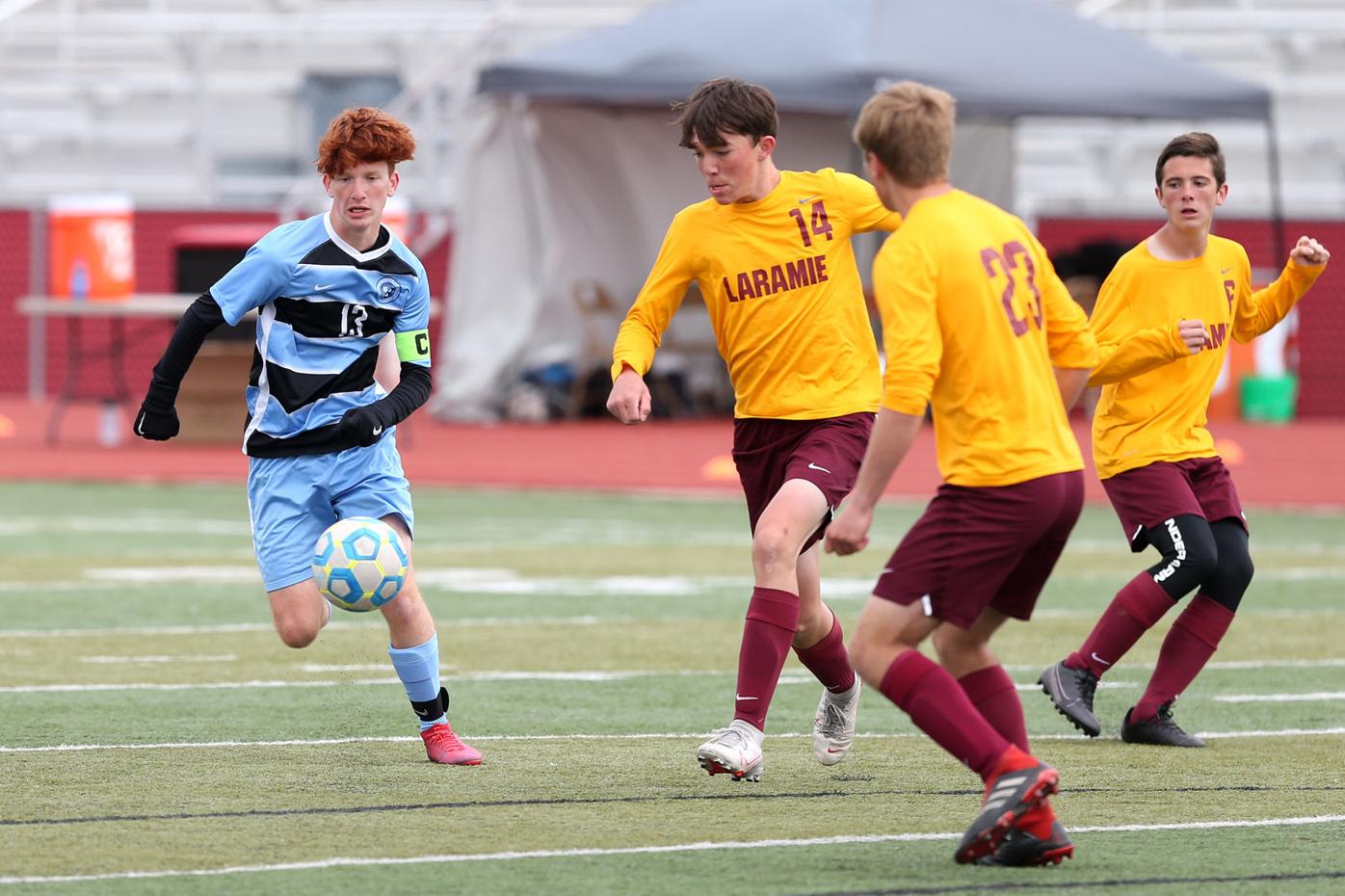 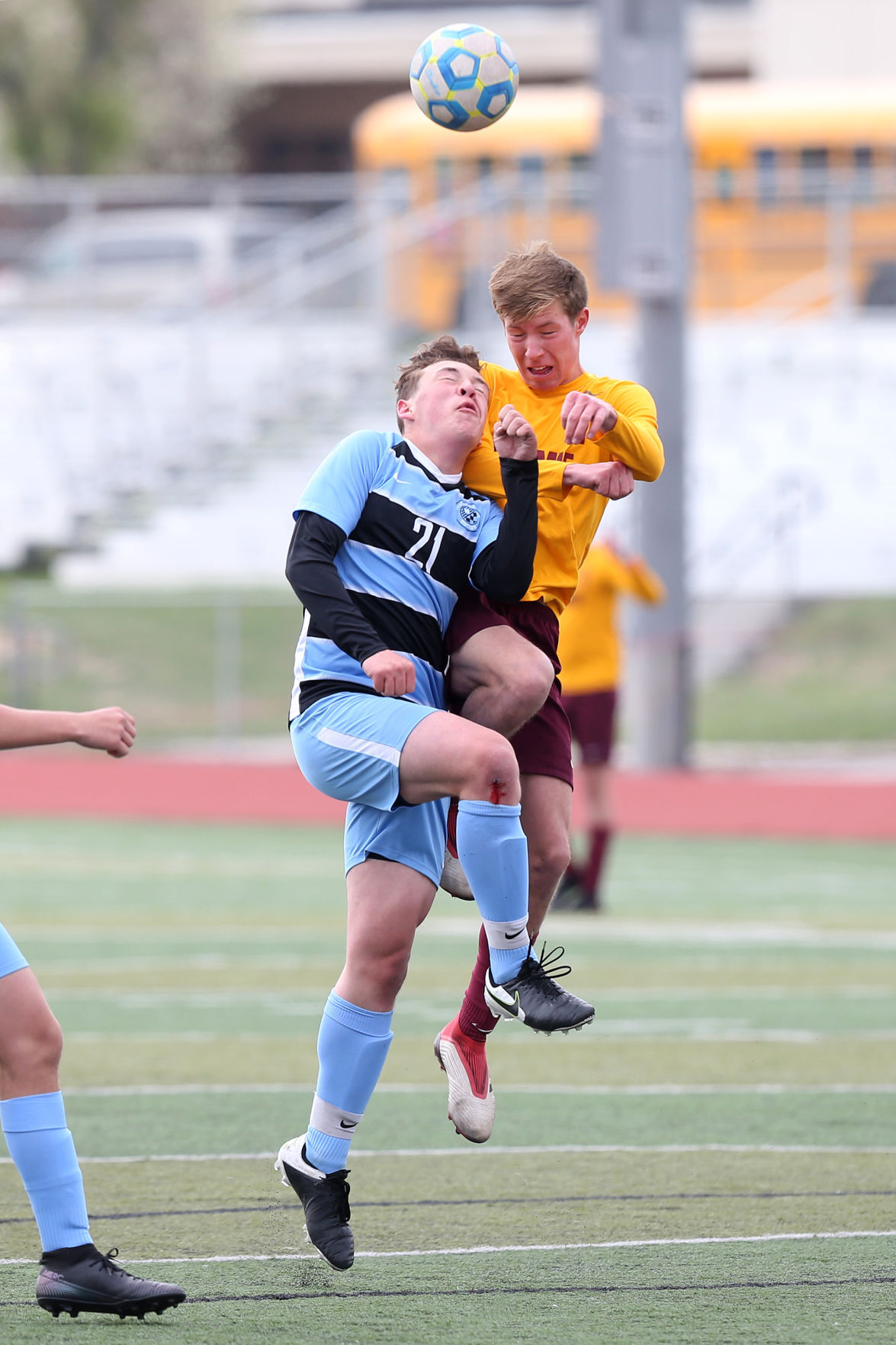 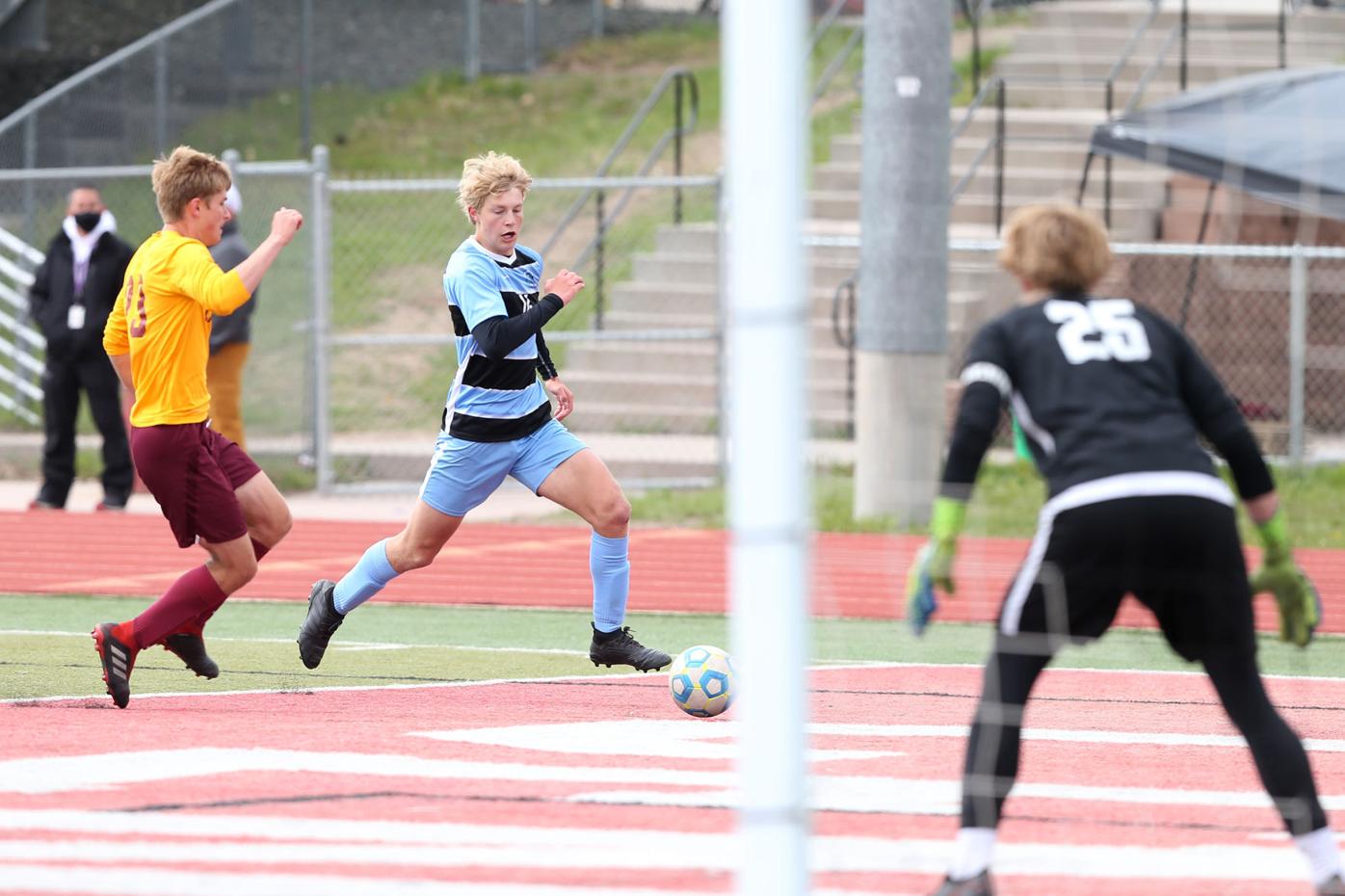 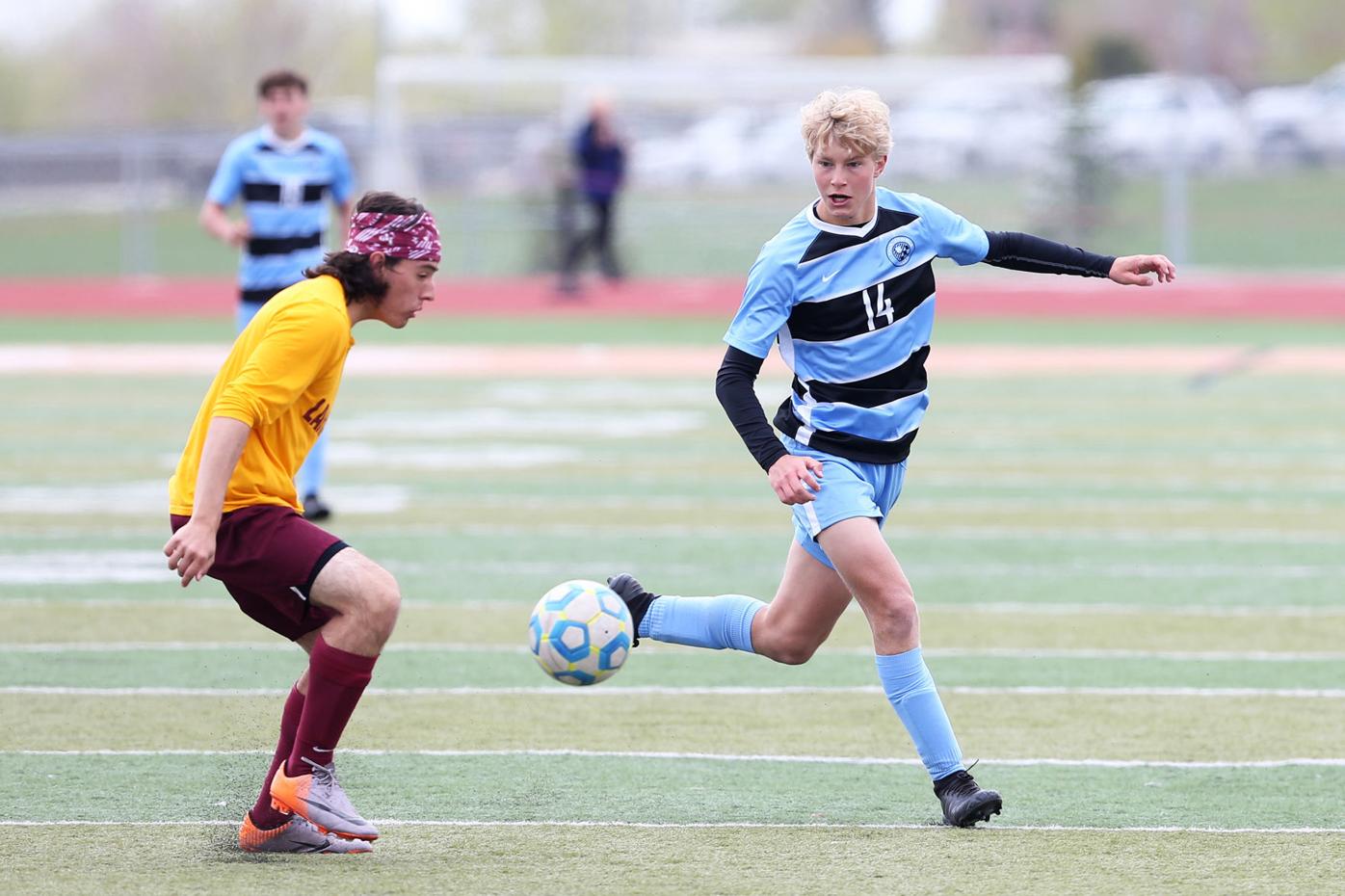 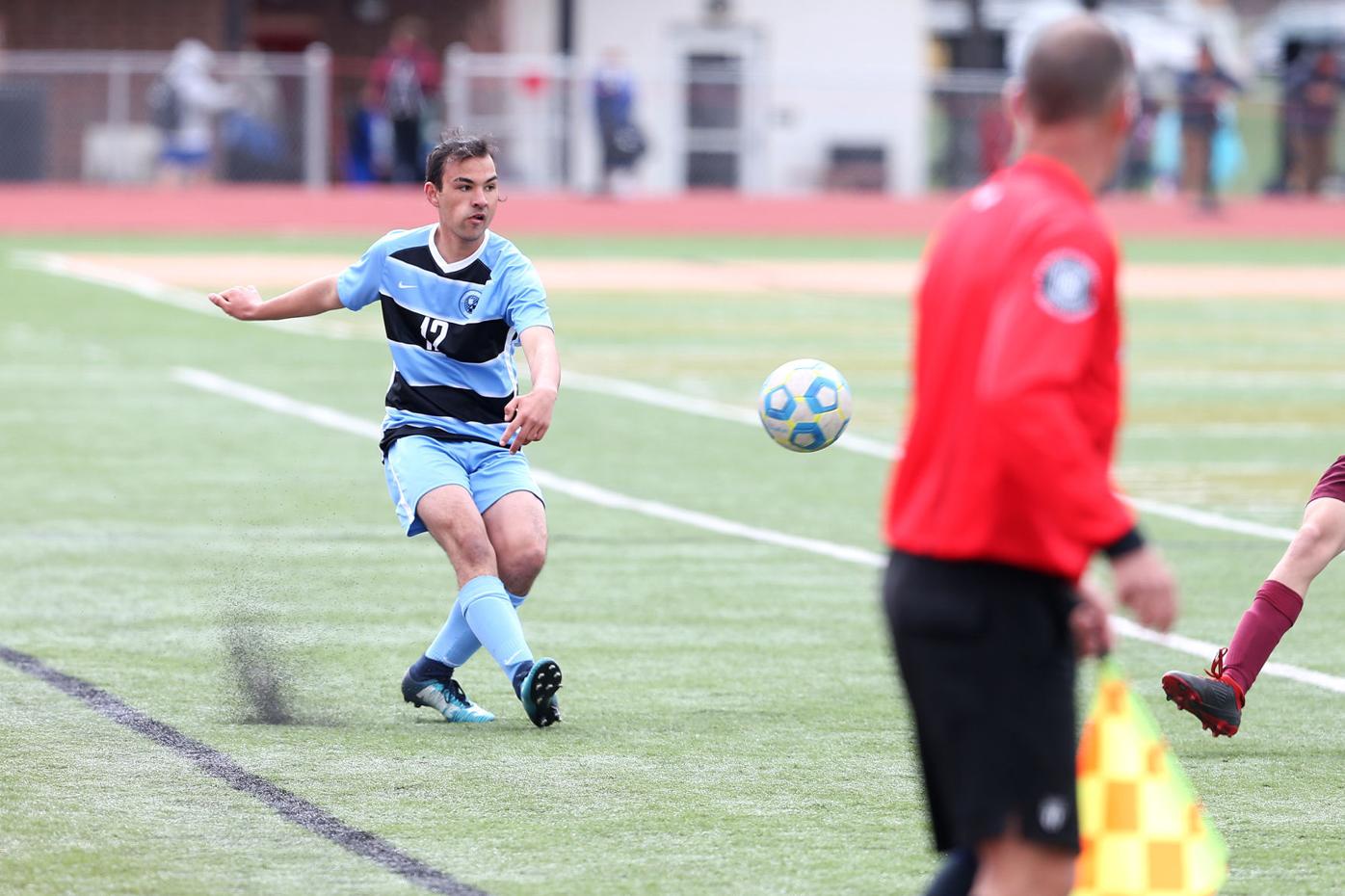 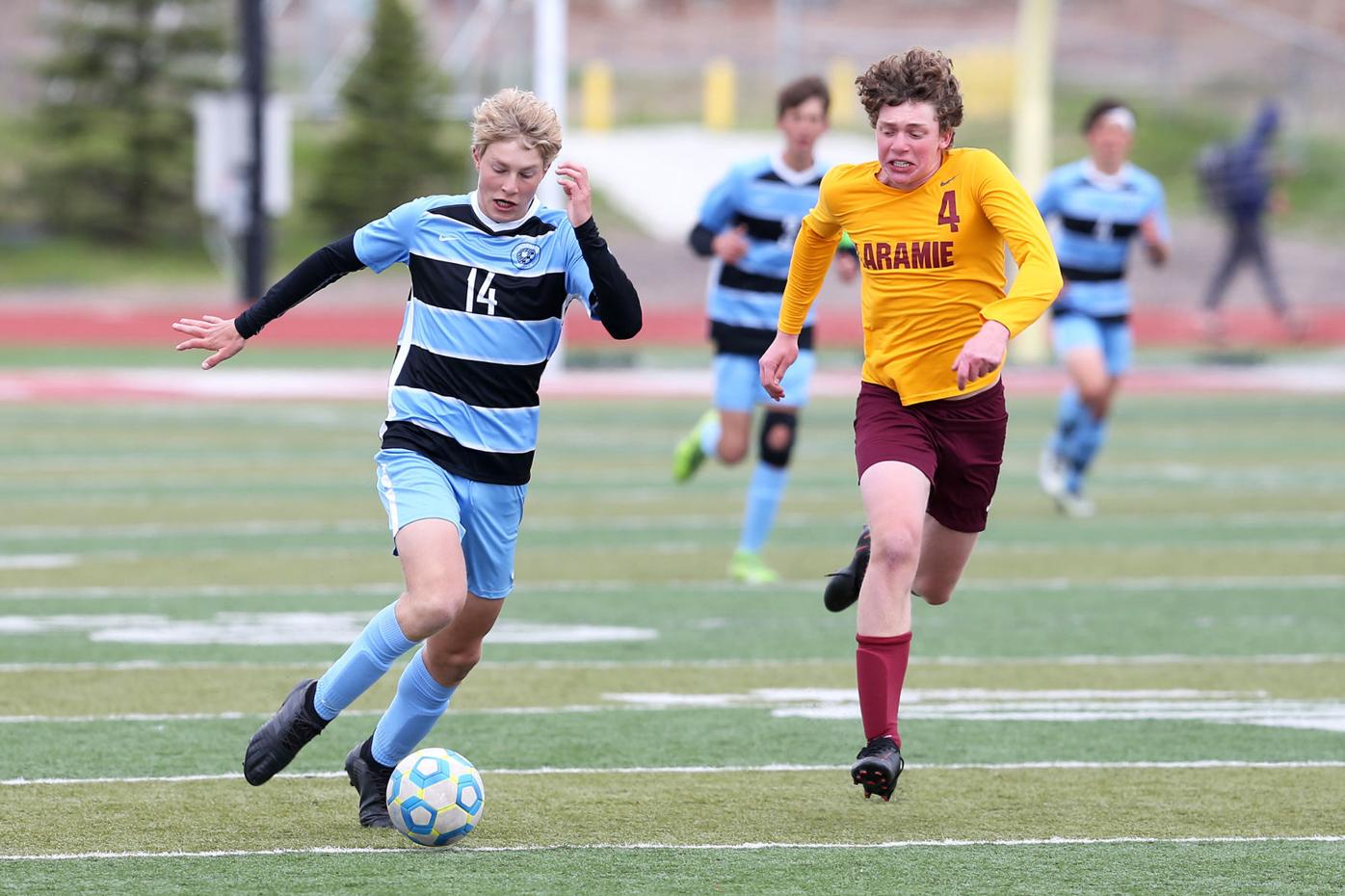 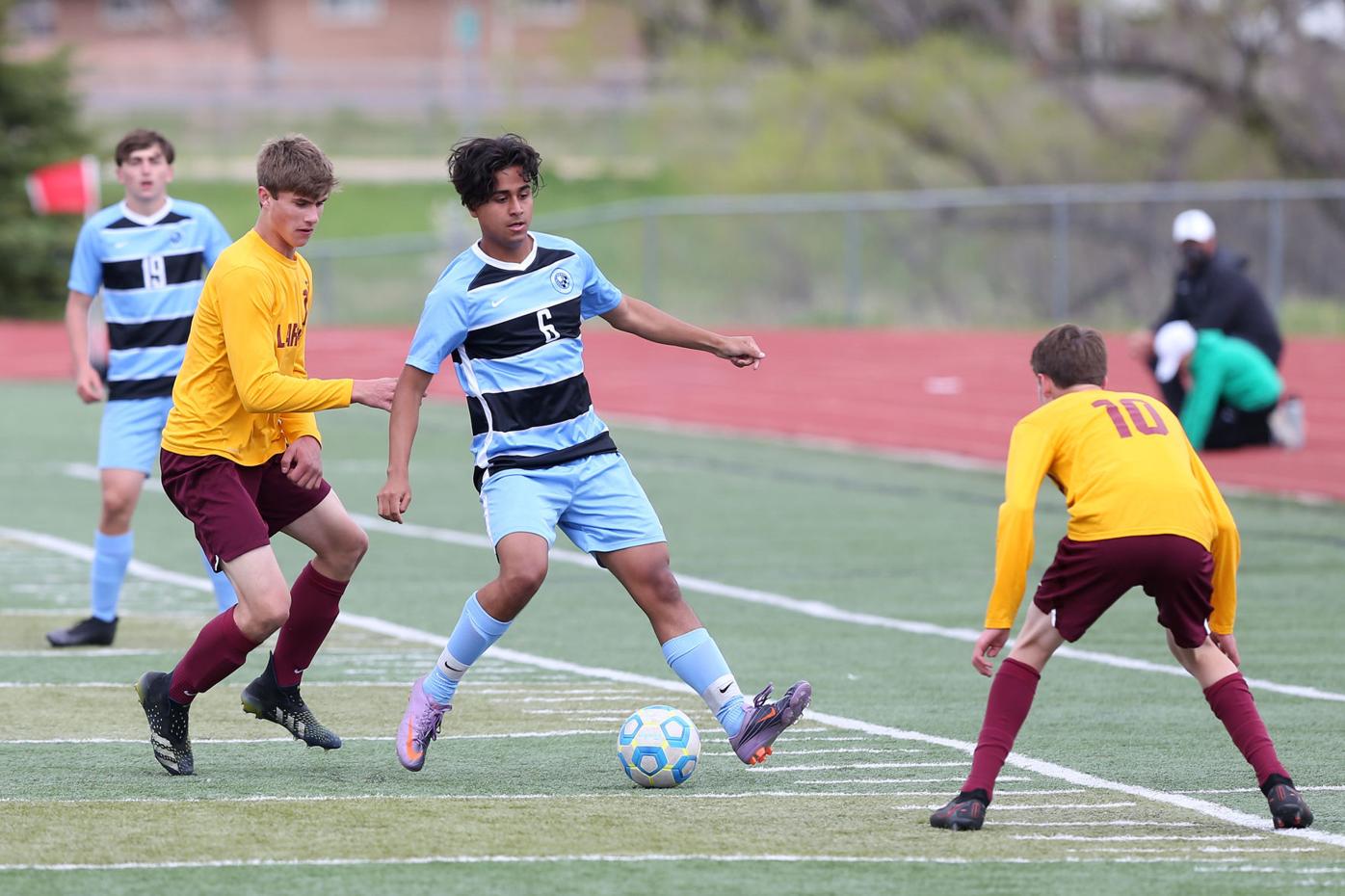 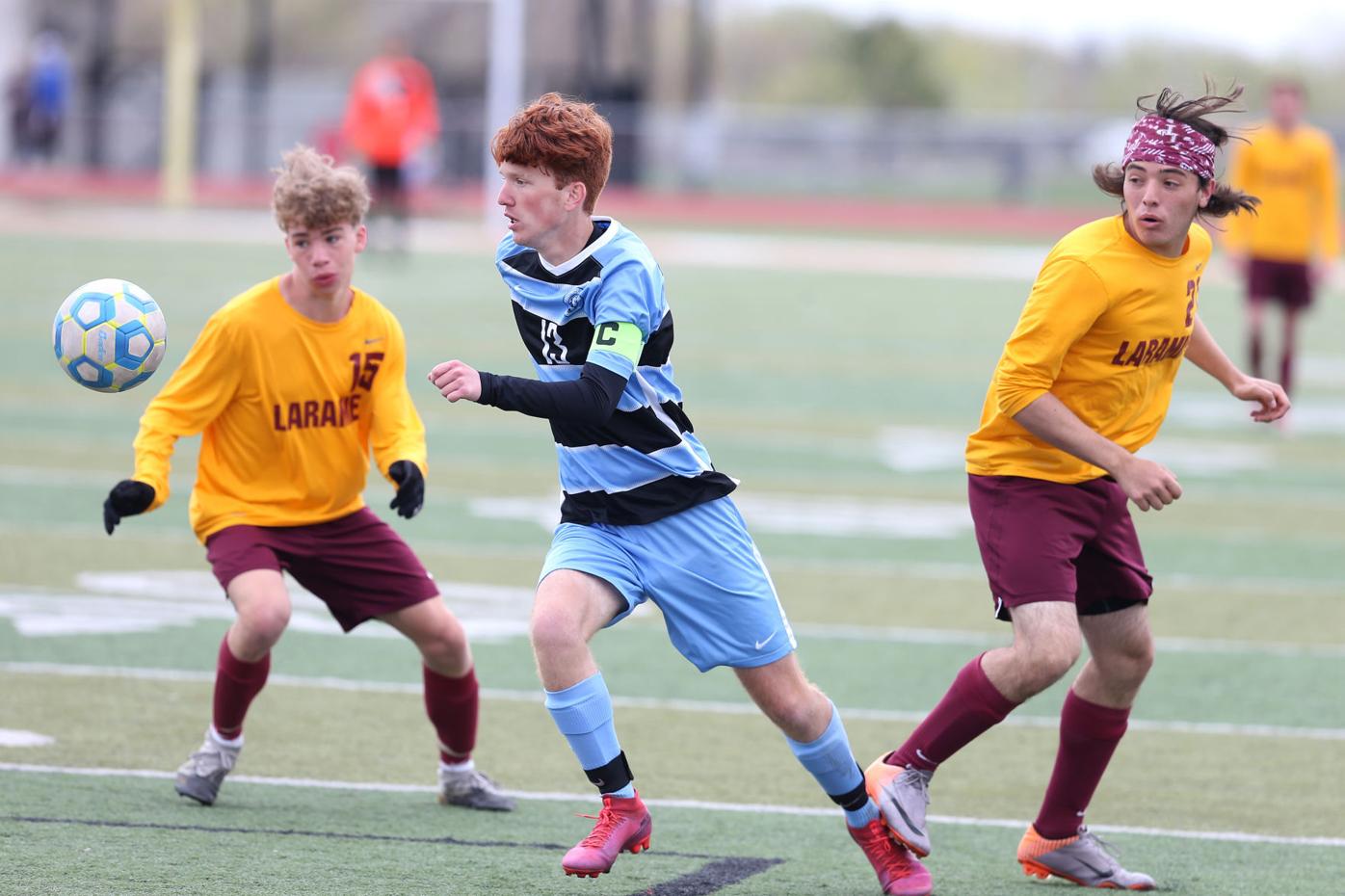 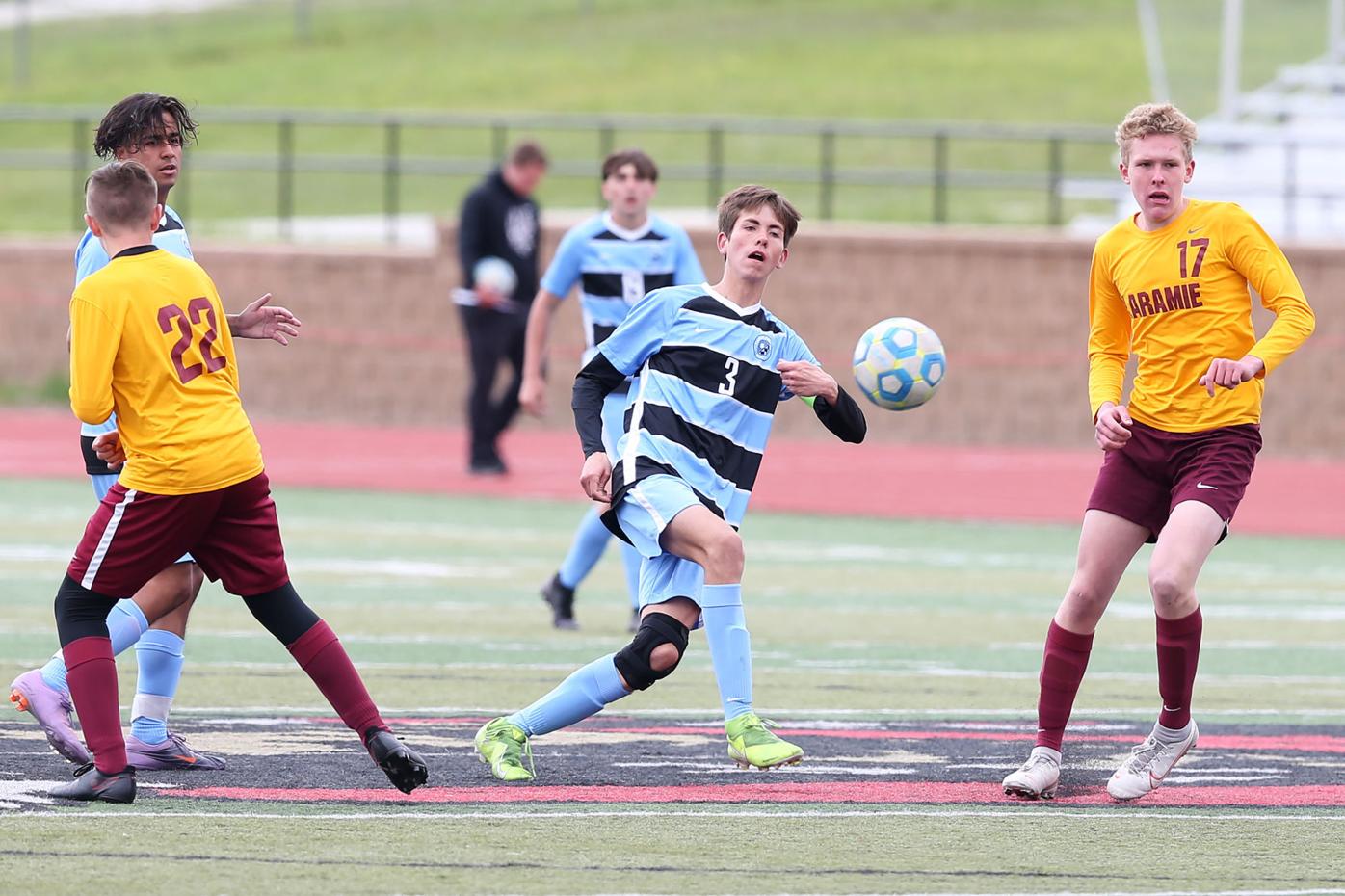 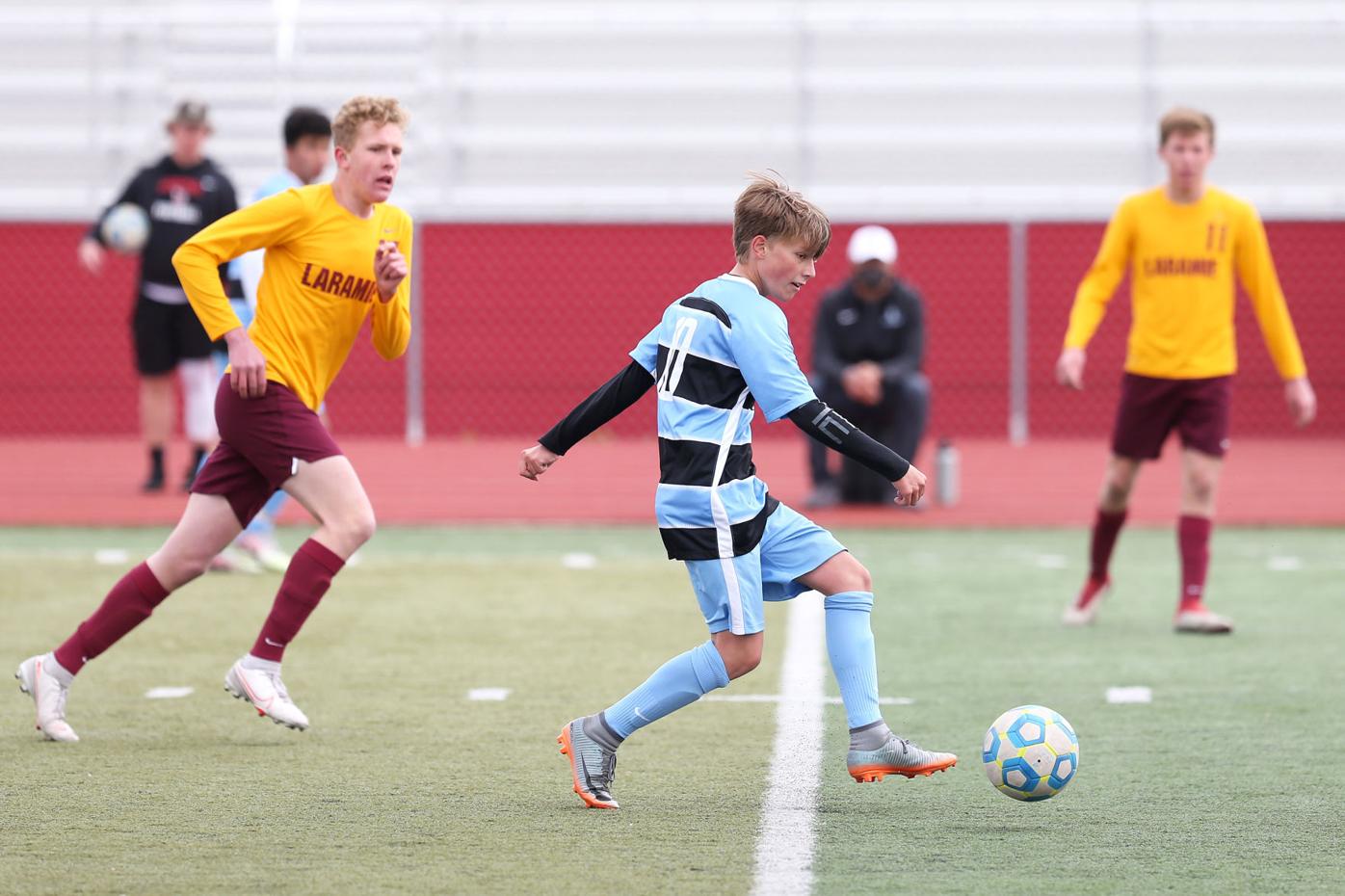 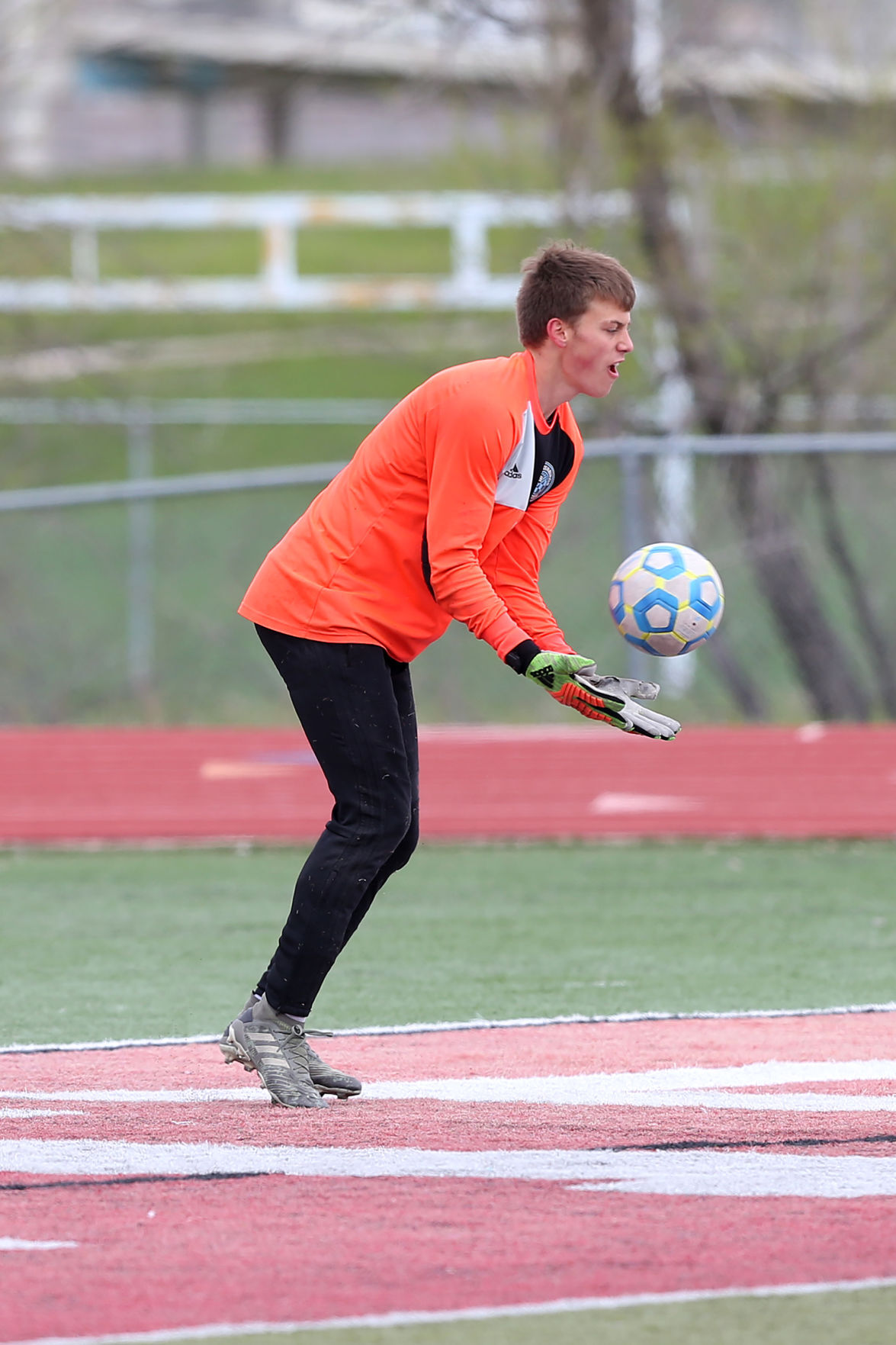 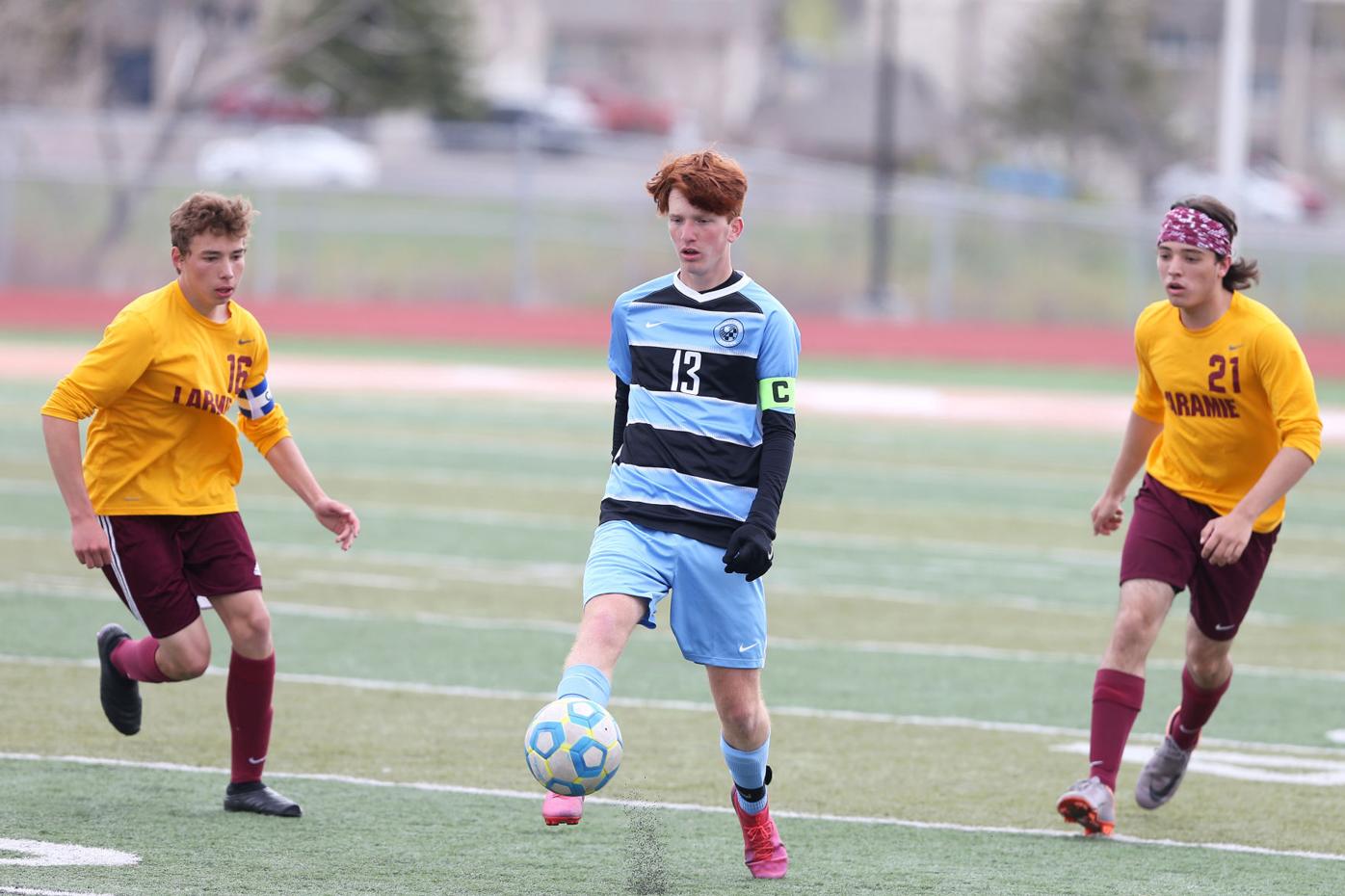 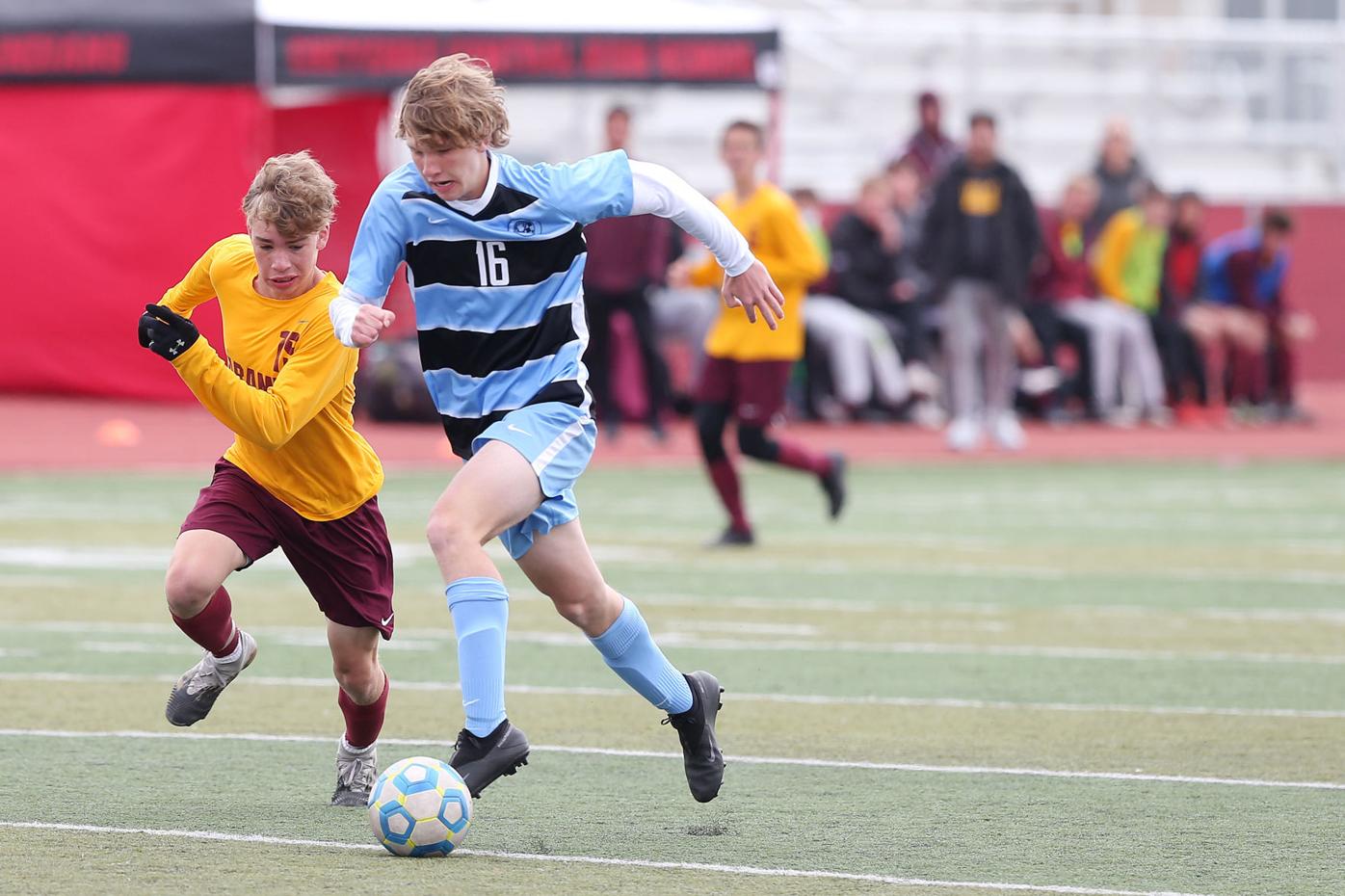 CHEYENNE – Once Laramie found a little bit of momentum in its attack Saturday morning, it didn’t let off the gas.

The Plainsmen carried three first-half goals to a 5-0 win over Cheyenne East to capture a fifth-place finish at the Class 4A state soccer tournament.

Cameron Hoberg started the scoring for Laramie in the 20th minute. The junior received a pass from senior Kelton Spiegelberg and sent a shot at East goalie Logan Opsal, who blocked the attempt, which sent the ball flying in the air. Hoberg gathered the loose ball and scored on a header for the 1-0 advantage.

Hoberg almost repeated the same sequence 12 minutes later when he rebounded a Gage Hepworth shot, but this time knocked the ball in with his chest. Christian Smith added another Plainsmen goal with just under two minutes left in the half after planting and burying a shot from 25 yards out.

“They were a second-half team through the whole state tournament, so it was nice to see them put the halves together,” Jackson said.

East came out with a little more intensity in the second half and found a couple of looks early in the half, but couldn’t connect.

The Plainsmen connected on two strikes, though. The first saw Spiegelberg hitting Hepworth, who found himself open in the front of the net in the 48th minute. Spiegelberg then scored Laramie’s final goal of the season in the 55th – and the final goal of his high school career – with an easy look in the six-yard box after a few East defenders collided.

Deficit aside, the T-Birds continued to try to take advantage of their opportunities.

“I’m proud of the effort they put in; it shows the character in what people probably wouldn’t have considered a successful season – in terms of wins and losses – to just keep battling,” East coach Ryan Cameron said. “And to find yourself playing on Saturday at state is a positive thing, and I hope they see that, as well.

The two senior captains for East had opportunities to elude the shutout, but were denied by the top crossbar of the frame. Isaac Rich sent a shot that struck the top post in the 65th minute, and Paskett had the same result just two minutes later.

Some may not have thought East would have made it to the state tournament entering last week’s regional tournament, which led to Rich not taking anything for granted.

Laramie senior David Tangeman also had an opportunity to score a final goal of his prep career with a bicycle kick, but he kicked it right into the chest of Opsal.

Although he couldn’t convert, the senior was just glad to end his career with a win.

“A lot of people don’t go out with a win,” Tangeman said. “It was good to come out and connect the passes together; everybody played as a team. I’m happy by the end of the season we could come out and show that we’re one of the better teams in the state.”

Laramie defeats East in the 4A boys fifth-place game