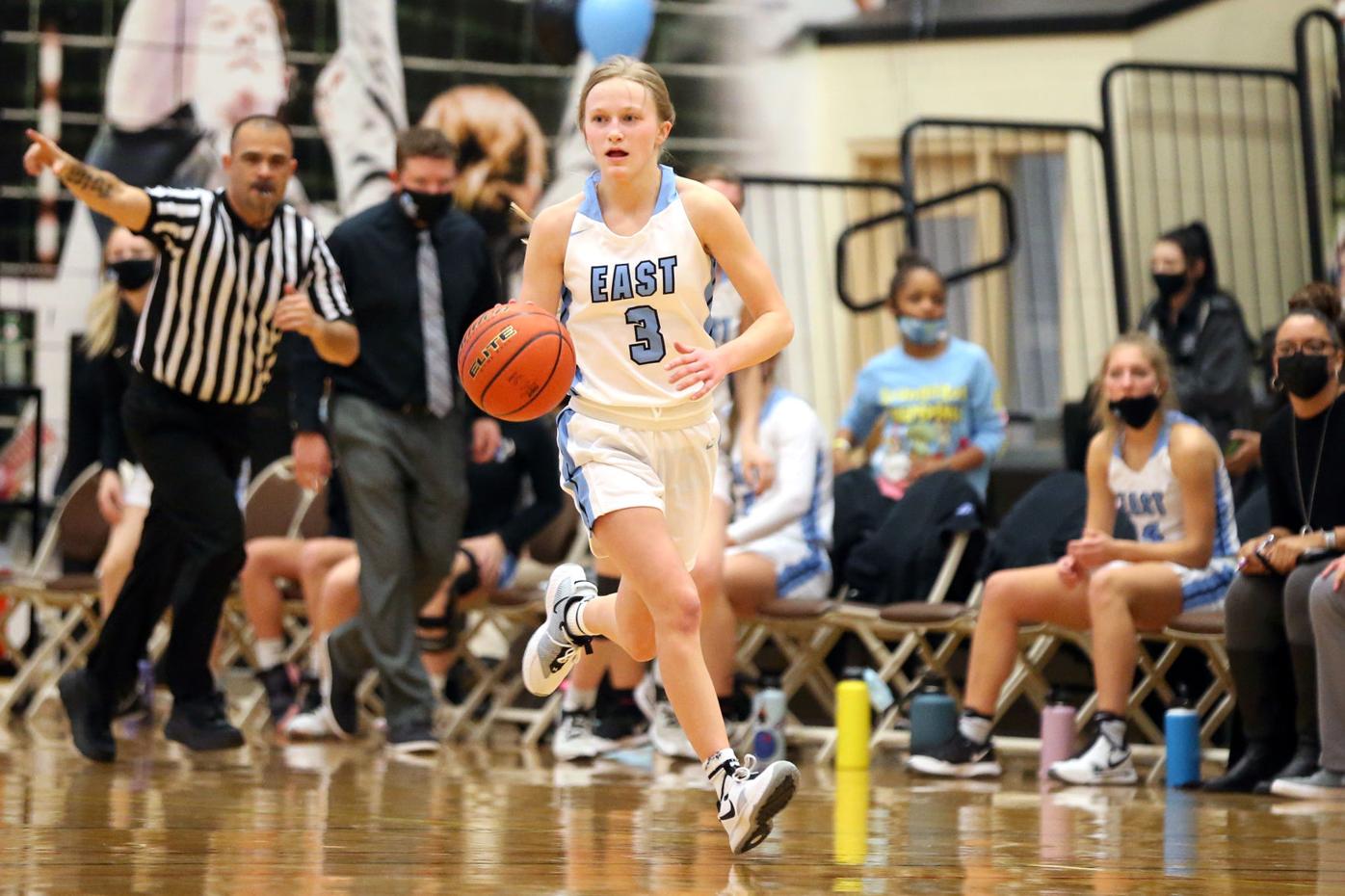 Cheyenne East freshman Bradie Schlabs dribbles the ball up the court during a game against Thunder Basin Friday, Feb. 12, 2021, at Storey Gym. Schlabs is having a breakout freshman campaign for the Lady T-Birds. Michael Cummo/Wyoming Tribune Eagle 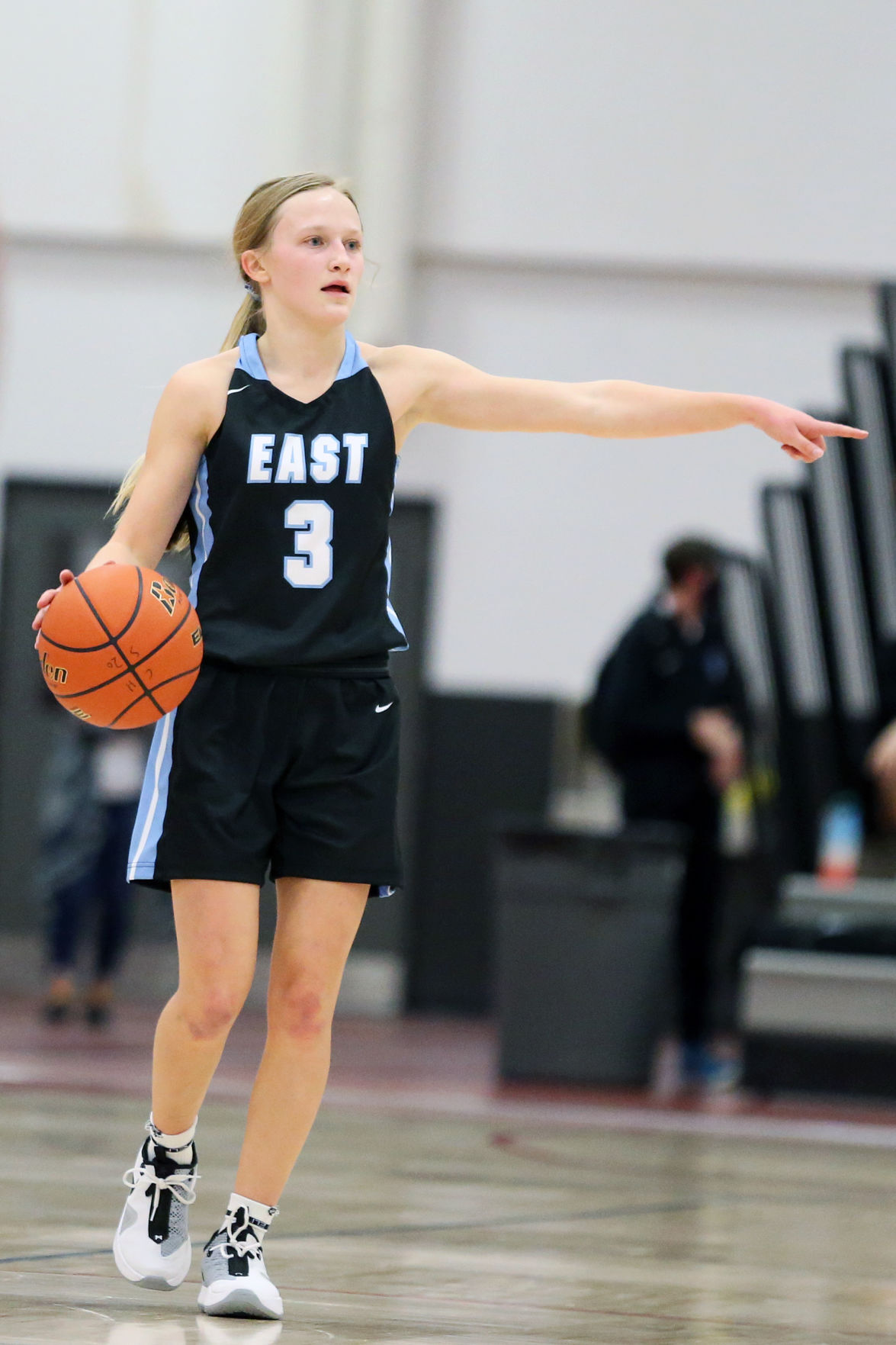 Cheyenne East freshman Bradie Schlabs gives directions to teammates during a game against Cheyenne Central on Jan. 29. Schlabs is having a breakout freshman campaign for the Lady T-Birds. Michael Cummo/Wyoming Tribune Eagle 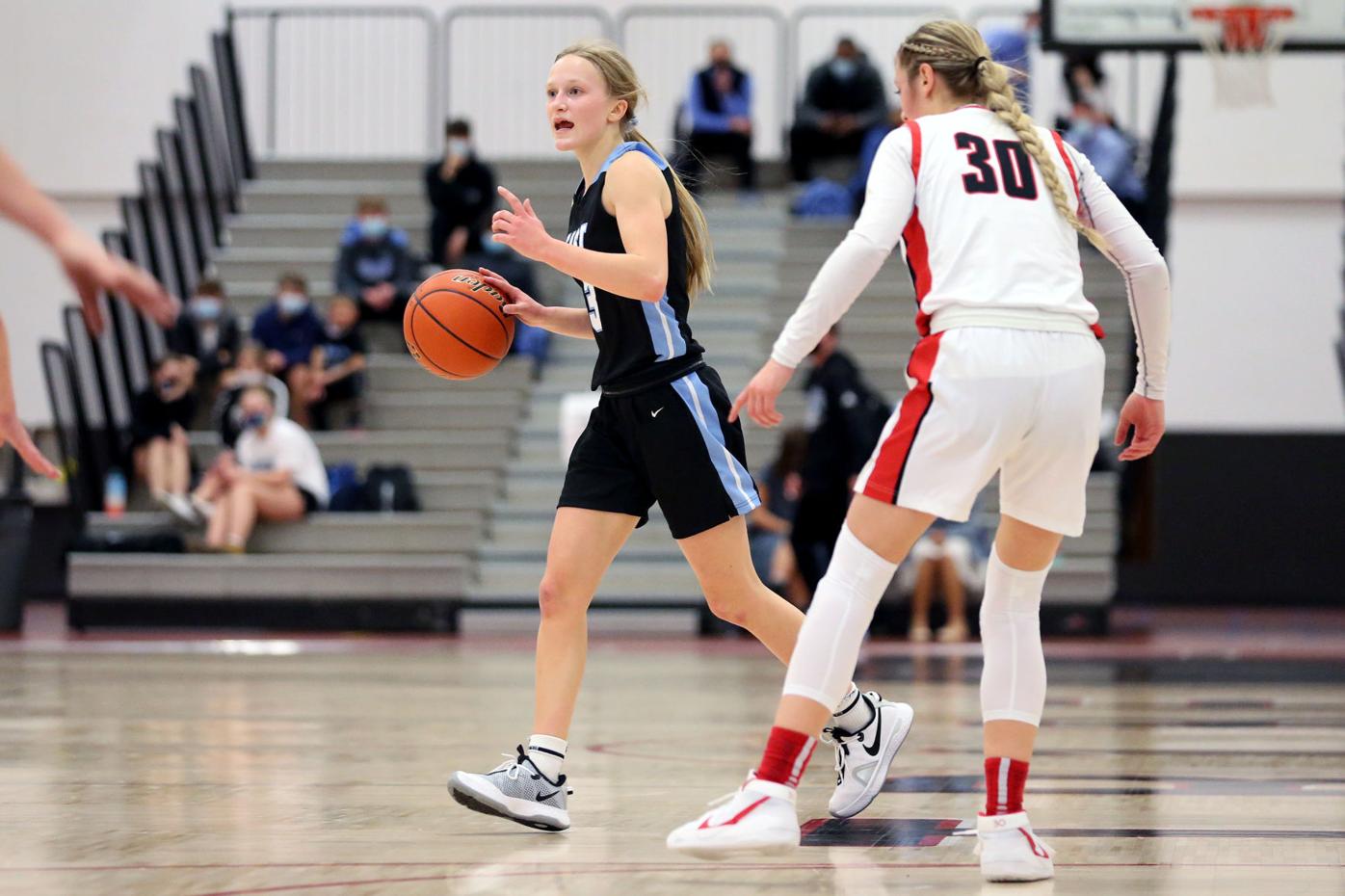 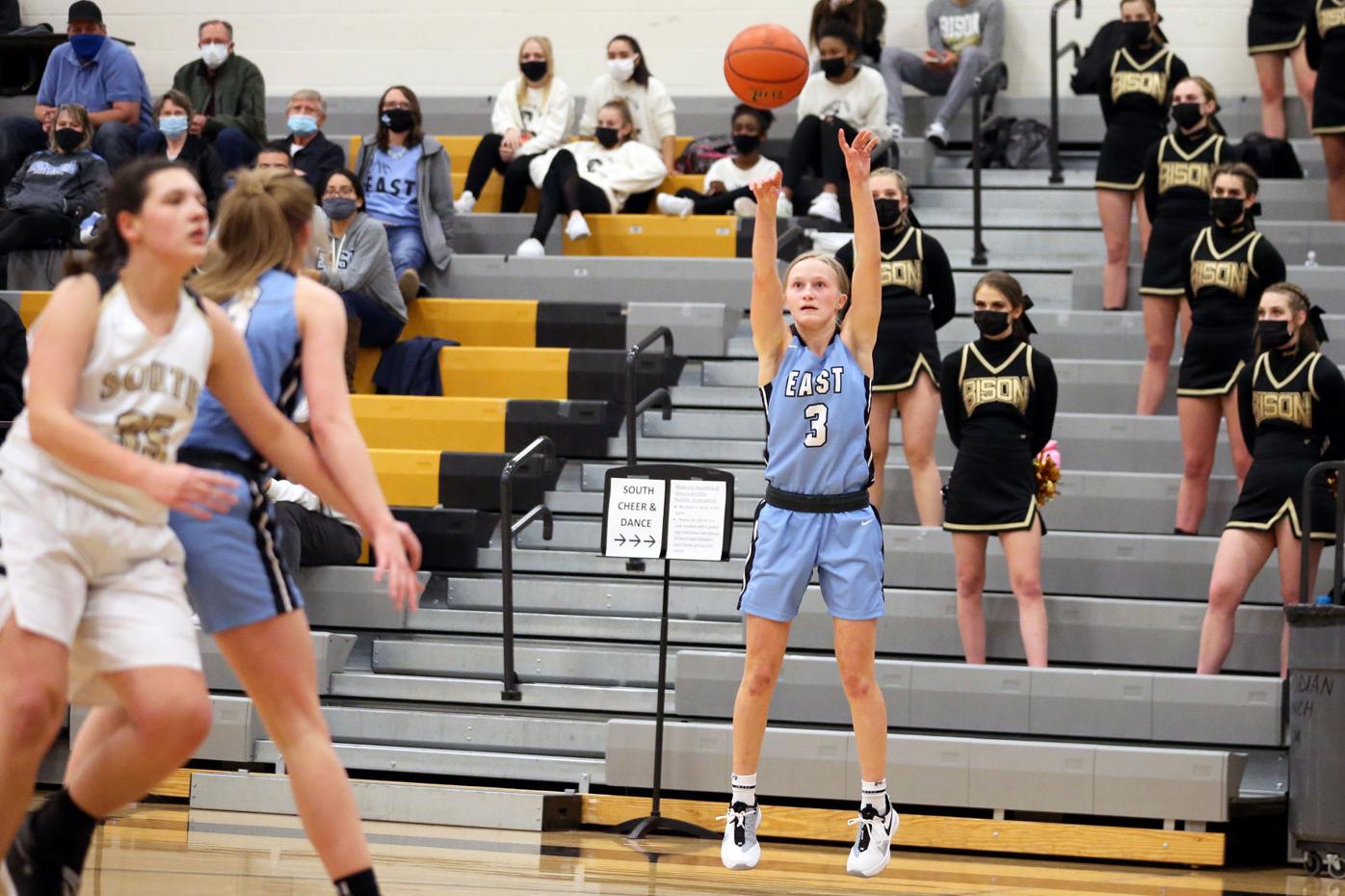 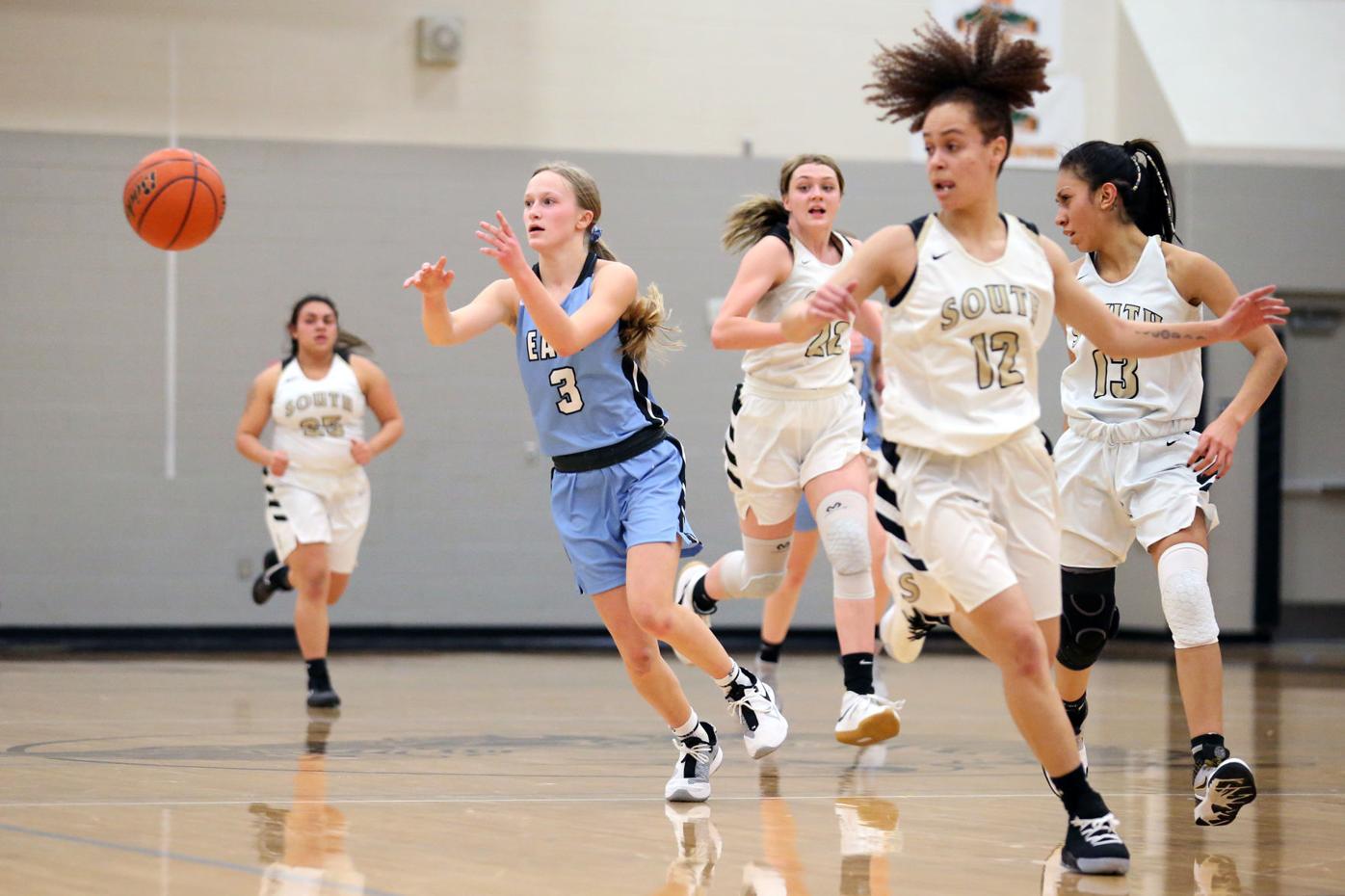 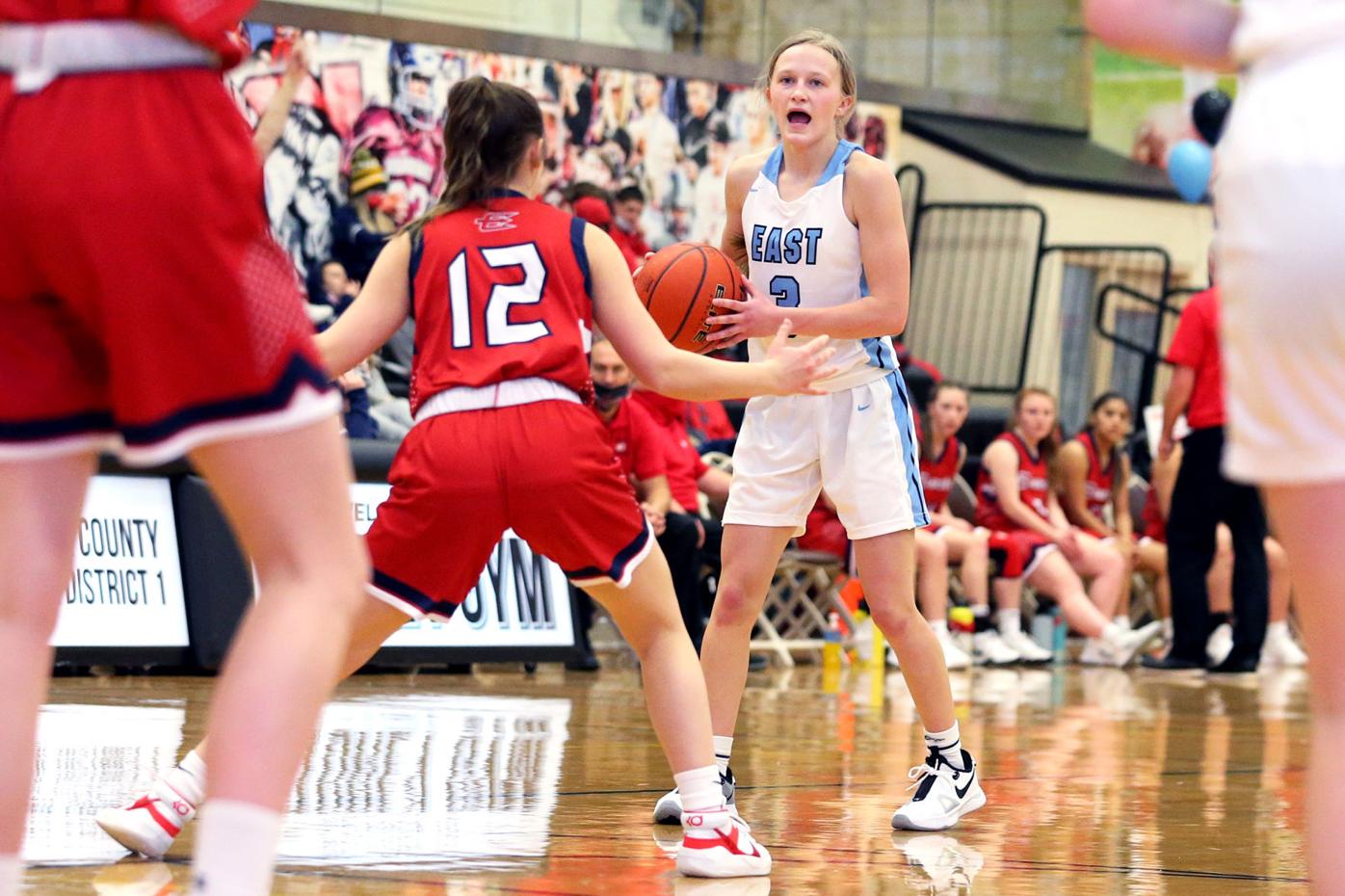 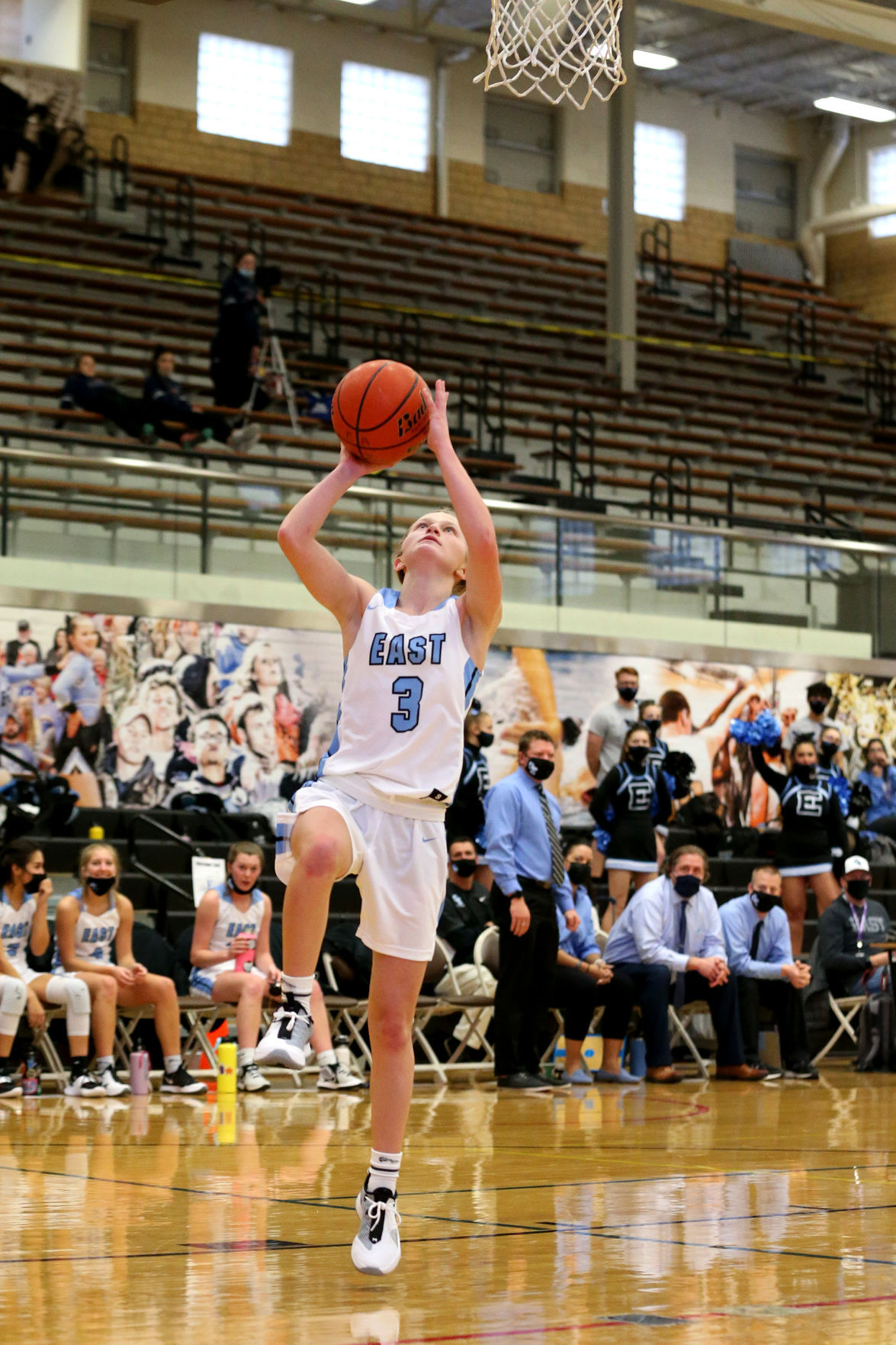 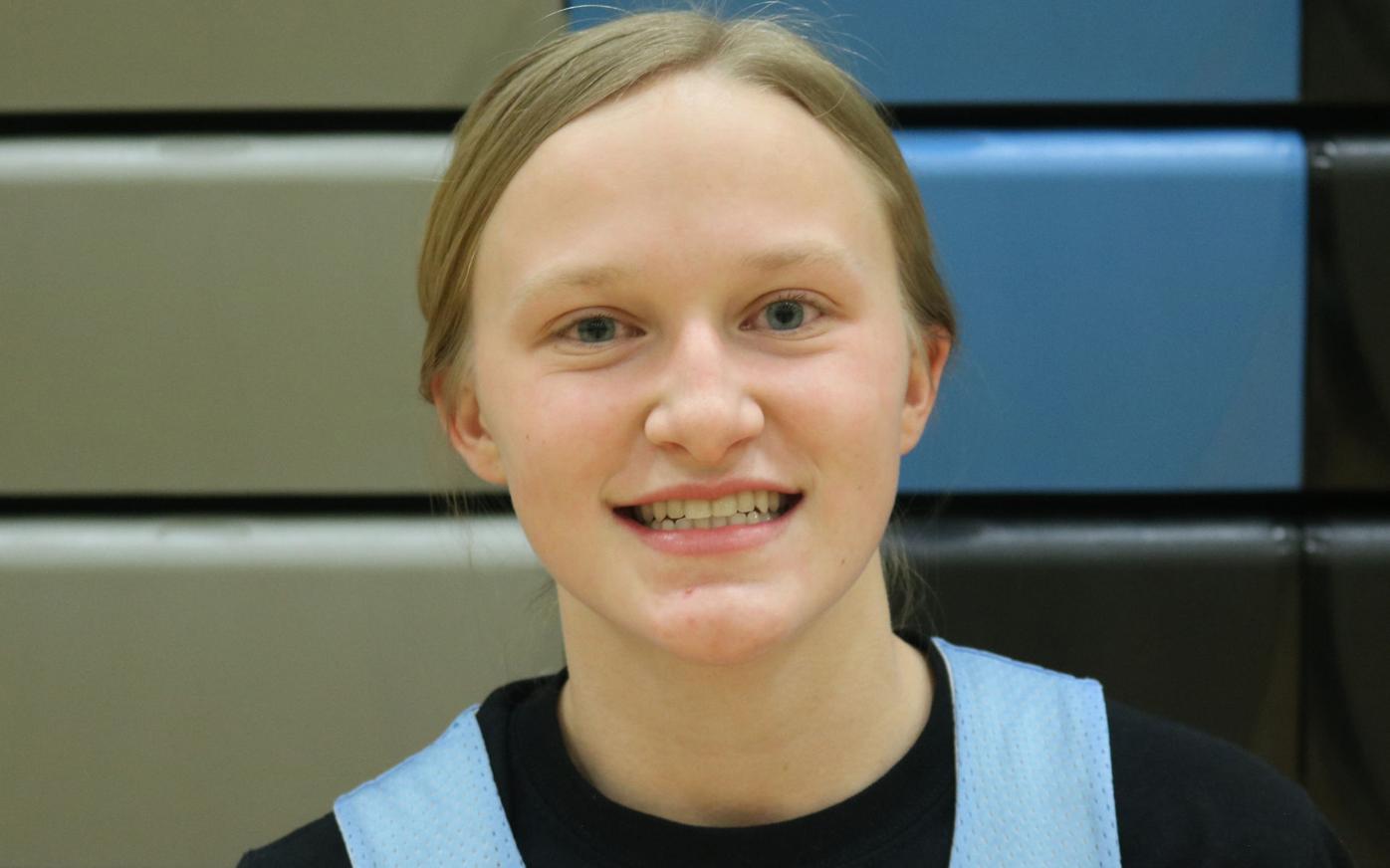 Cheyenne East freshman Bradie Schlabs dribbles the ball up the court during a game against Thunder Basin Friday, Feb. 12, 2021, at Storey Gym. Schlabs is having a breakout freshman campaign for the Lady T-Birds. Michael Cummo/Wyoming Tribune Eagle

Cheyenne East freshman Bradie Schlabs gives directions to teammates during a game against Cheyenne Central on Jan. 29. Schlabs is having a breakout freshman campaign for the Lady T-Birds. Michael Cummo/Wyoming Tribune Eagle

CHEYENNE – When Bradie Schlabs gets into the game, her presence is immediately felt.

The sixth-man for the Cheyenne East girls basketball team often enters the game and makes a splash type of play. Multiple times, she’s checked in, gotten a steal, and finished at the other end for a bucket during her first possession in the game.

“Our starters always do a great job, so I know that coming off the bench I have to match that,” Schlabs said. “That way, our momentum keeps going up instead of rocking back-and-forth. I just want to match my teammates’ intensity and play as hard as they’ve been playing from the start.”

Schlabs has made the transition to high school from junior high and club basketball seem easy. The freshman is one of the top defensive players in the state and leads the Lady Thunderbirds in steals with 4.3 per contest – which is also second-best in Class 4A. Schlabs also leads 4A in assists, dishing out 4.2 per game all while averaging 9.7 points. Her assist-to-turnover ratio also ranks first in the state.

“I’ve picked it up more on defense because transitioning from junior high to the varsity level has been a big difference,” she said. “So, I’ve been working a lot on ladders and lateral quickness, which has been able to help me with my defense.”

Her early success can be attributed to a lot of things, but the preparation Schlabs has put in at the gym is a main factor. That preparation hasn’t gone unnoticed and has helped her become a key member of the T-Birds’ roster early in her career.

“When you put in all the work she has and prepare like she does, it doesn’t matter what age you are,” East coach Eric Westling said. “You’re going to be a confident strong-minded kid that comes out and competes every night.”

Schlabs credits her teammates for helping her become one of the premier guards in the state. The intensity of East’s practices has groomed her for games.

“(My success) has a lot to do with practice, we always go 100%,” Schlabs said. “Practices are sometimes harder, more competitive and more physical than games ... (my teammates) helped me understand the physicality of the game.”

Another thing that Schlabs credits as prepping her for the varsity level is playing with her older brother’s traveling basketball team for a few summers prior to sixth and seventh grade. When her older brother, Garet – who is a sophomore on the East boys team – and his basketball team were short a player, the younger Schlabs stepped in to help. It led to her playing in a ton of tournaments with that group over the course of those two summers.

“(Playing with that team) helped me become more physical and aggressive, especially on defense … you have to body them up because they’re so much stronger,” Schlabs said. “It was hard and frustrating at times, but I think it really carried on to help me play varsity as a freshman.”

Perhaps the physicality Schlabs learned during those two summers shaped out to help her more than she would have guessed. It may have even helped shape her unwavering mindset.

East and South will close out the weekend Saturday at Storey Gym. The girls game starts at noon and the boys game is slated to tip-off afterward.

Burns will hit the road Friday, traveling to Rawlins. The girls game starts at 5:30 p.m. and the boys will play at 7 p.m. Pine Bluffs will also be traveling Friday with the girls playing at Lusk at 5:30 p.m, followed by the boys at 7 p.m.

Burns hosts Torrington on Saturday. The girls game is slated for a 6 p.m. tip-off and the boys contest will start at 7:30 p.m. Pine Bluffs will also be back home Saturday with the girls scheduled to square off against Lingle-Fort Laramie at 2:30 p.m. and the boys at 4 p.m.