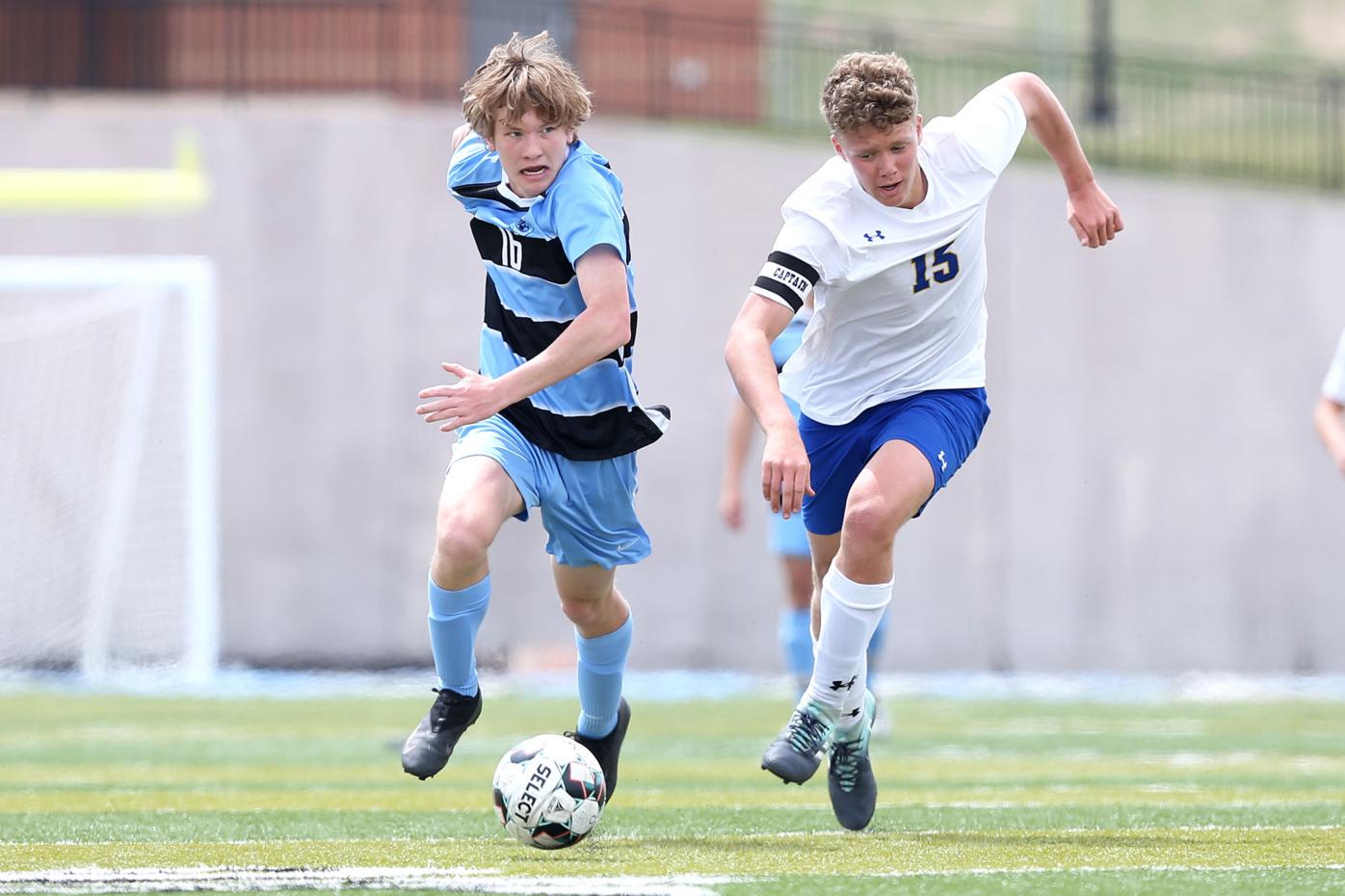 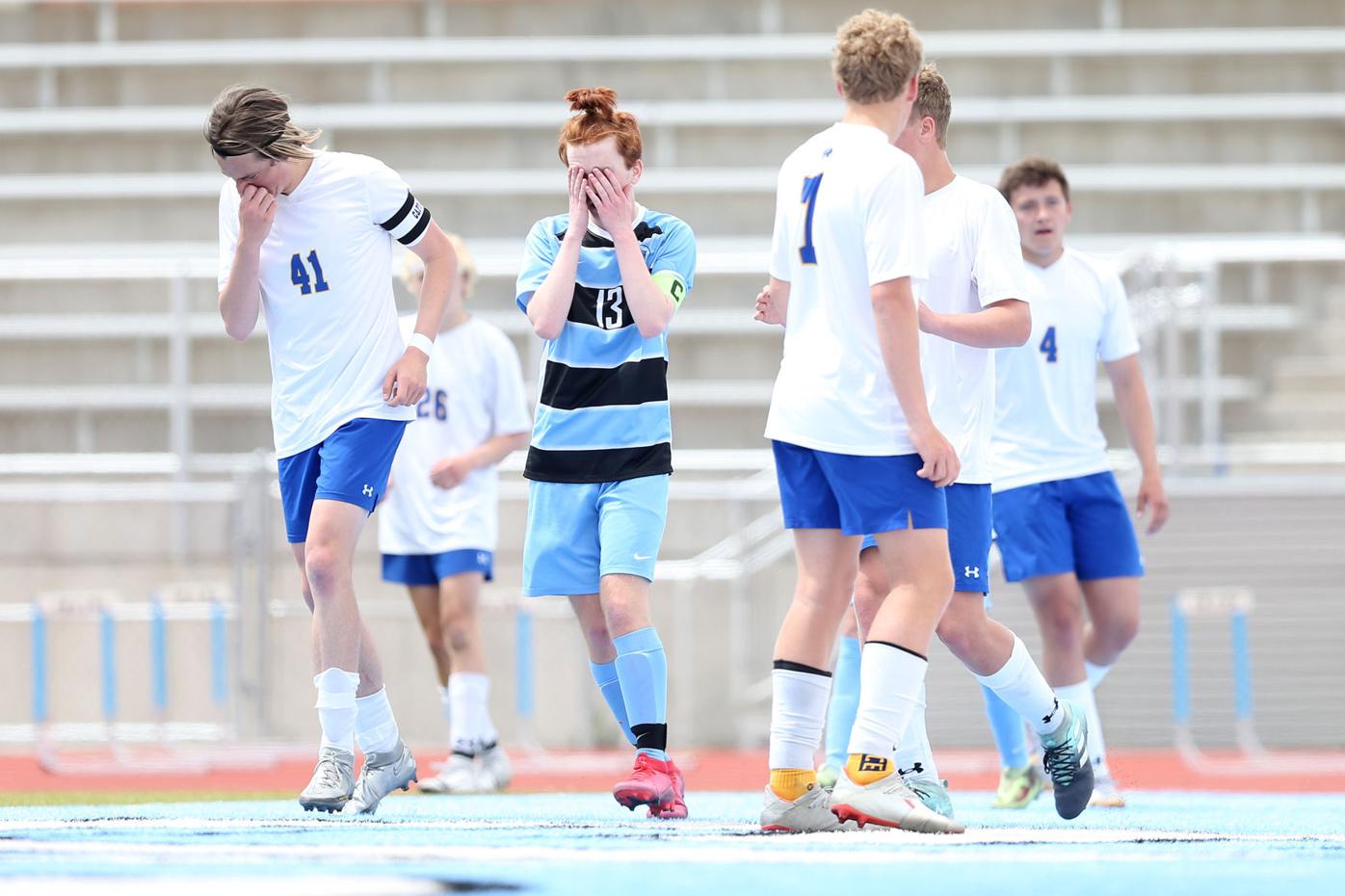 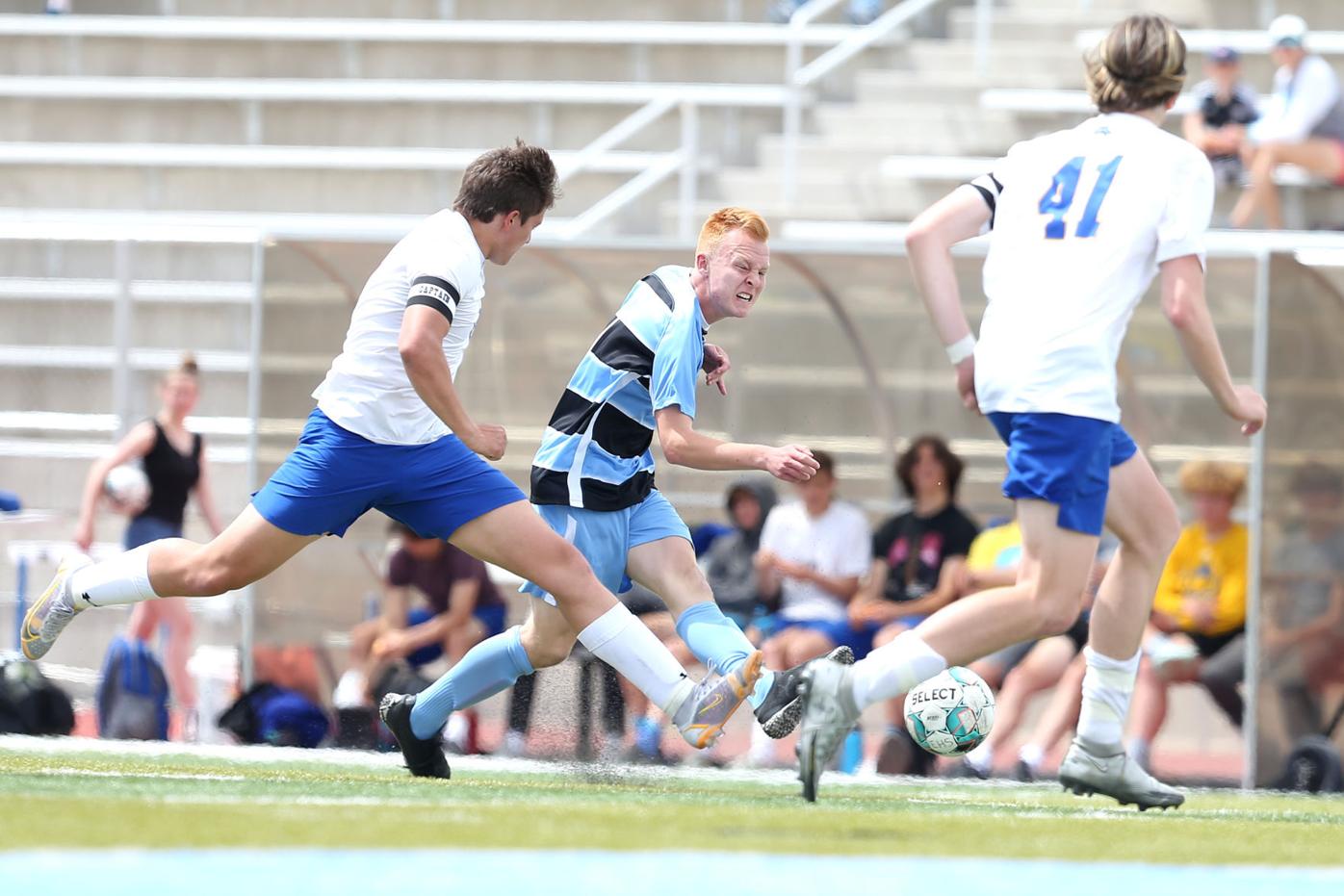 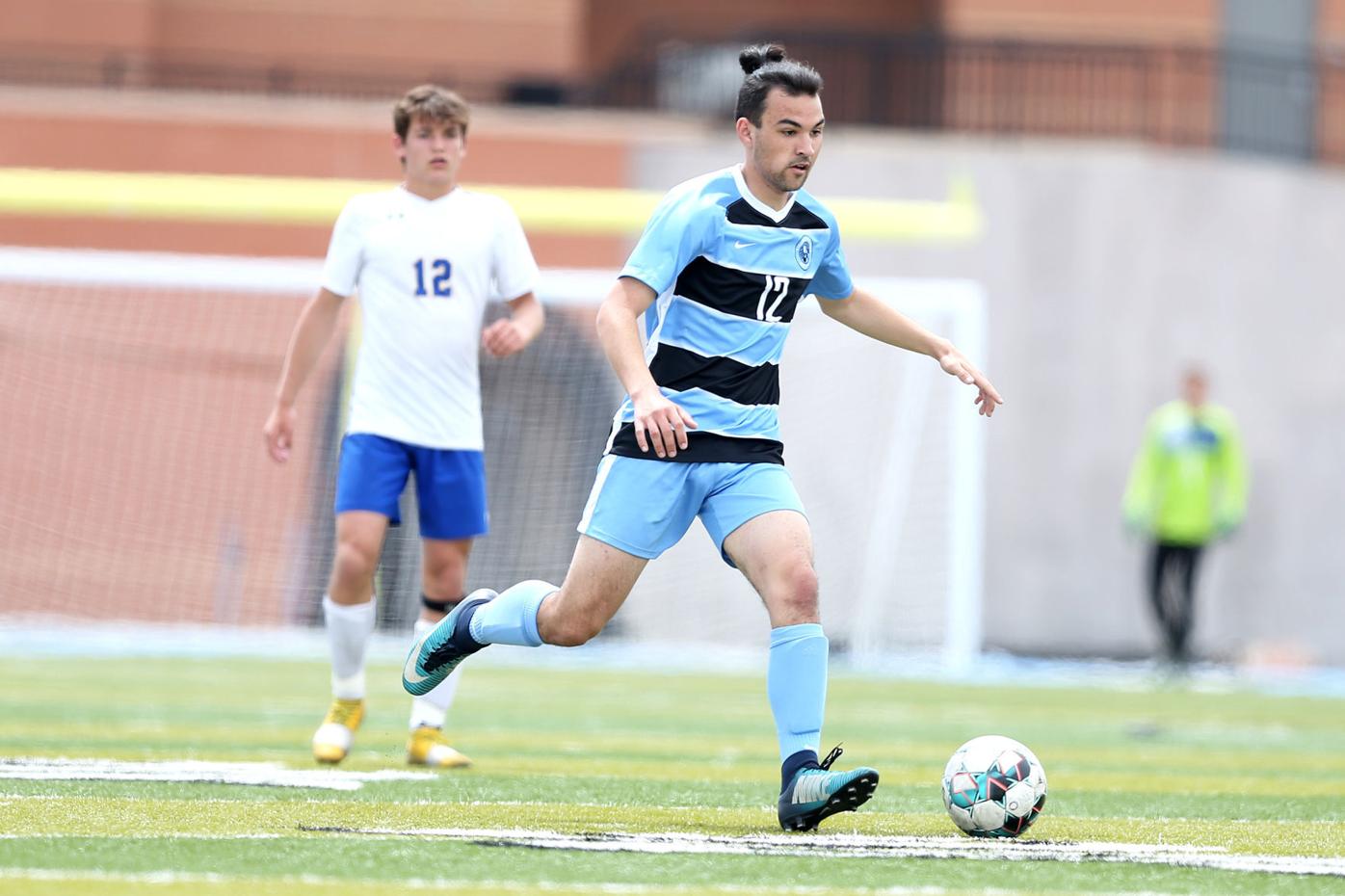 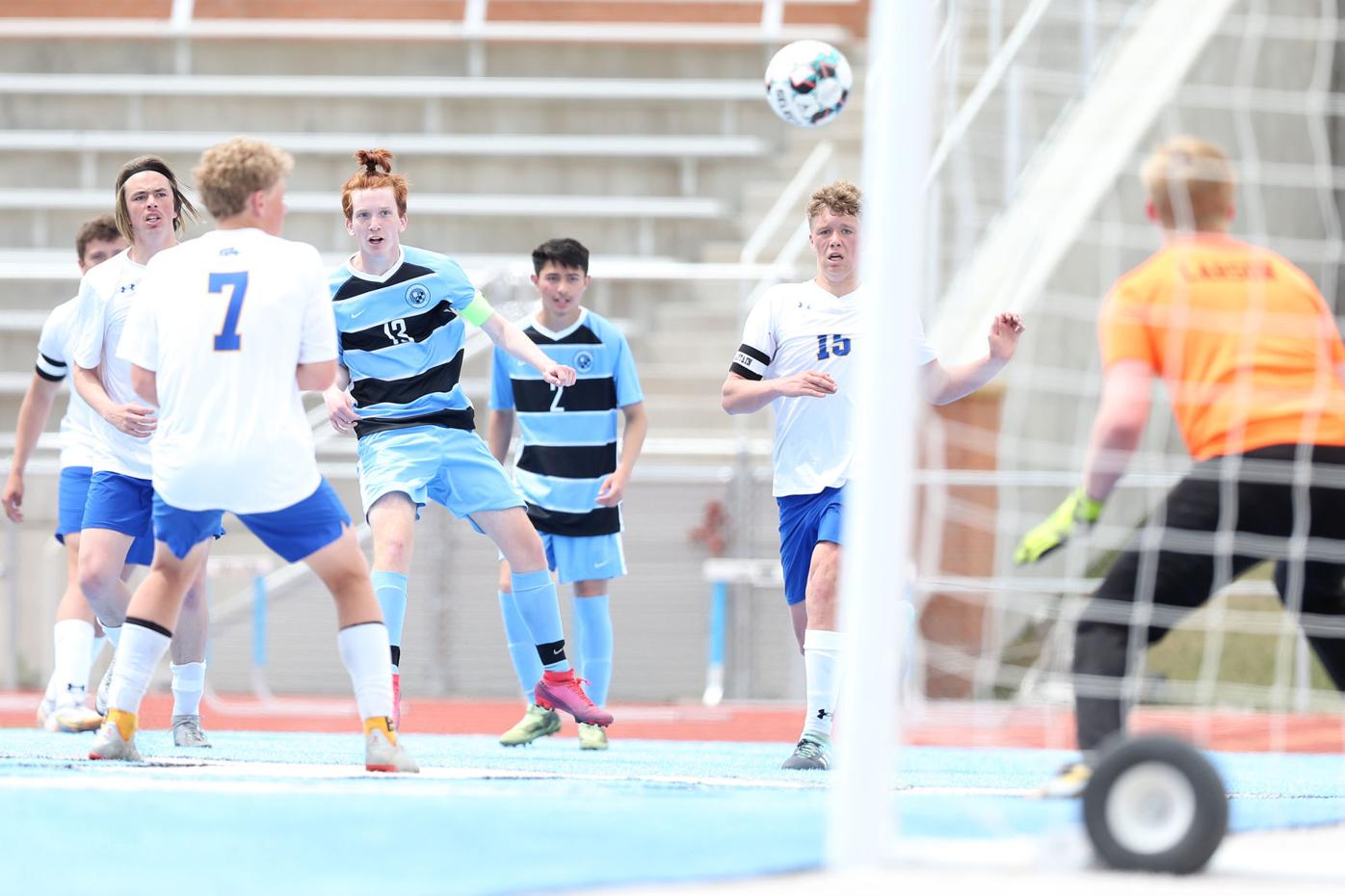 CHEYENNE – The Cheyenne East boys soccer team hoped to carry the momentum of its second win – and arguably the best soccer of the season – into Saturday’s contest against Sheridan.

However, just 16 hours removed from an overtime win, Thunderbirds’ legs were heavy after the overtime victory and that momentum ran out as they fell to the No. 4-ranked Broncs 3-0 at Okie Blanchard Stadium.

“There’s the high of playing really well and then coming down off of that high from Friday night’s game to play a game in less than 24 hours is a tough turnaround,” East coach Ryan Cameron said. “I don’t know if we had quite the same intensity level as we did (Friday night), but I know we’re trending in the right direction.”

Sheridan carried most of the offensive momentum in the opening minutes of the contest before East managed to get the ball on its side of the field, where it fired off a few shots.

In the 13th, a corner kick from Sheridan freshman Dane Steel led to a header from Oliver Bartel, which went just right of the frame.

The T-Birds had a couple decent scoring opportunities just over midway through the half. Sophomore Chase White crossed it to Liam Taylor, who appeared to have a clean look at a shot, but Sheridan goalie Chris Larson came out of the net and snagged the ball.

A few minutes later, East’s Brian Mead had a throw-in from near 25 yards out, which led to an open shot from Isaac Rich that sailed just high of the top crossbar.

Steel gave the Broncs a 1-0 lead in the 29th minute when he gathered the ball and shook off an East defender, before launching one from just inside the top of the 18-yard box.

Steel found the back of the net again in the 35th and Sheridan quickly took a 2-0 lead before the break.

“At the beginning, they just gave more effort than us and we slowly started to work back,” Rich said. “We had a couple chances, we just couldn’t find the back of the net.”

East (2-9 overall, 2-8 Class 4A East Conference) came out of the break finding more success with its attack than it had in the first half. Carlos Moreno battled just in front of the net for possession of the ball but couldn’t quite send a quality shot.

A few more shots came from both teams before the T-Birds had their best looks at the net. Freshman Brenden Bohlmann had a shot that bounced off the top crossbar, Moreno rebounded that shot and with Sheridan goalie Chris Larson out of position, Moreno’s shot also deflected off the top post.

“It’s pretty frustrating, honestly, because you have that chance and you miss it,” Moreno said. “But either way you just have to get through it and wait for your next chance. We need to finish those chances and make sure they go in.”

The Broncs (10-2, 9-1) added one more goal in the 78th when Colson Coon gathered a Steel free kick from 24 yards out and converted it for the three-goal advantage.

With only two weeks until the regional tournament, Cameron is adamant East is close to figuring out where it needs to be heading into the postseason.

“We’re going to get this thing figured out,” Cameron said. “At the end of the day we’re going to play a one-game season at regionals to see if we get into state and from there who knows, but we’re going to do everything we possibly can to put our kids in the best position to play that one game.”