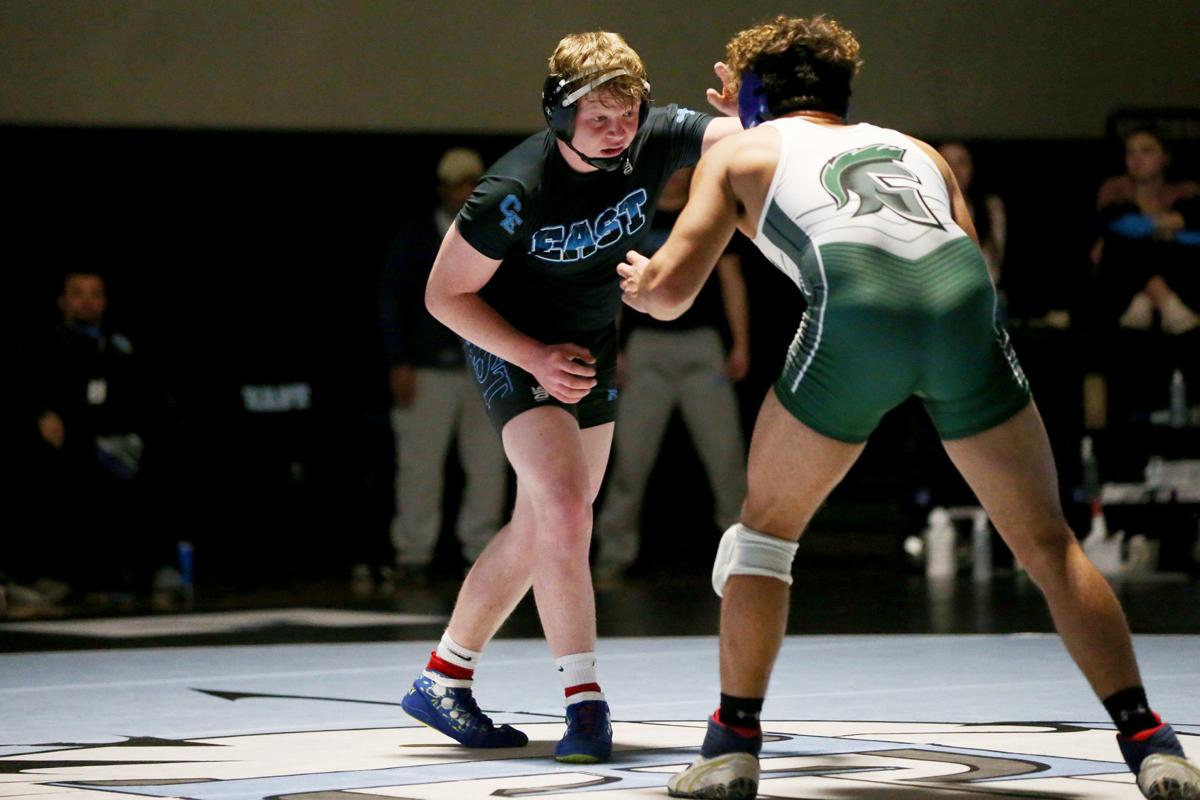 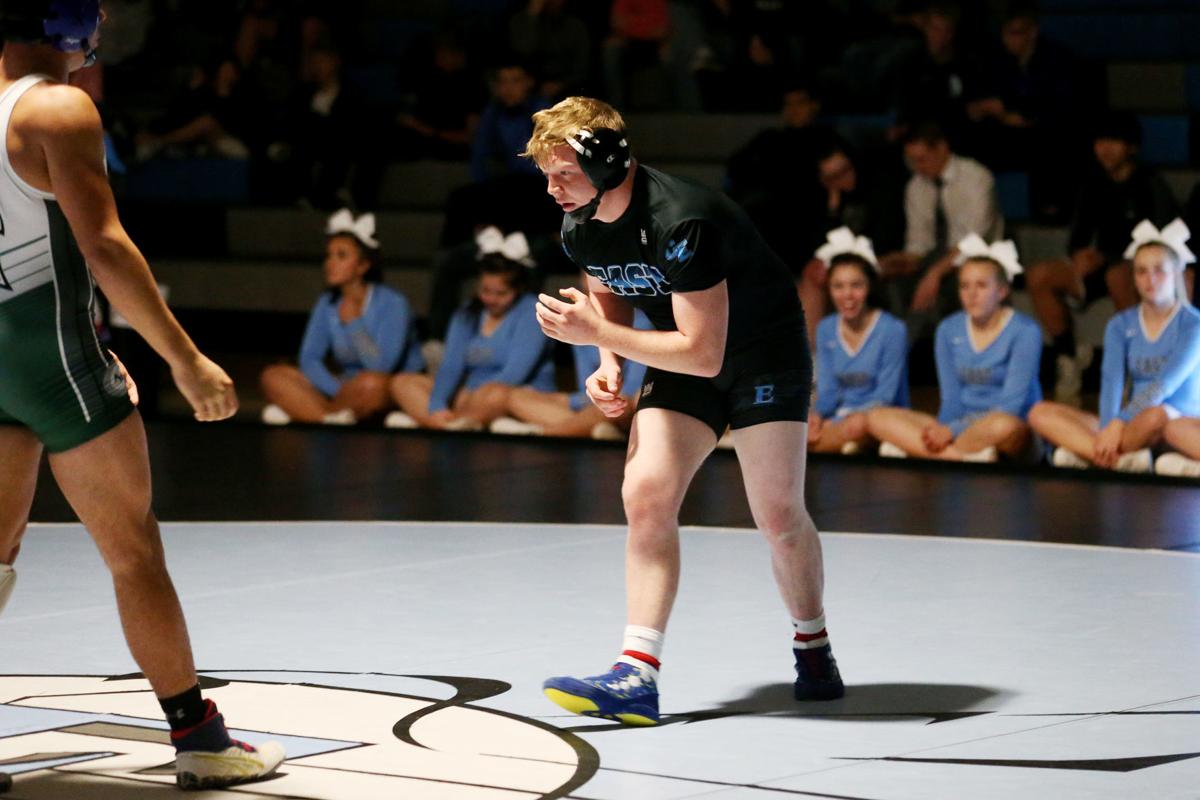 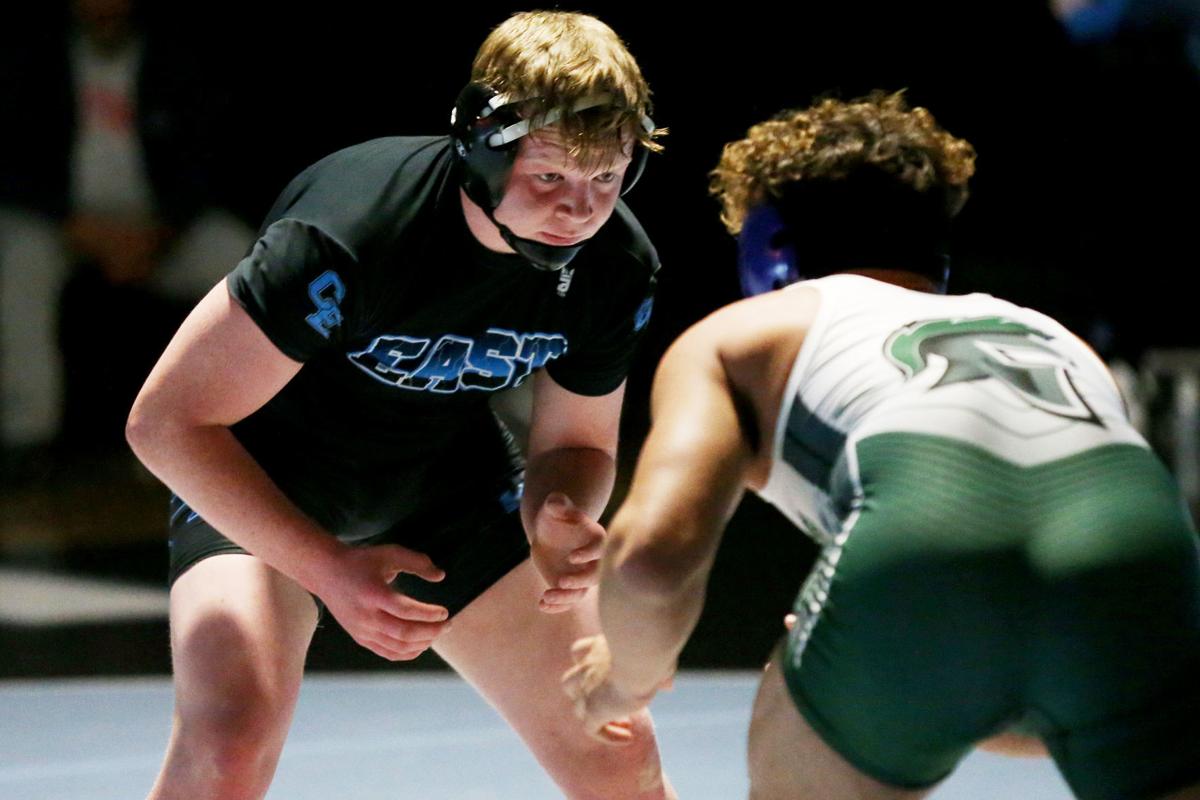 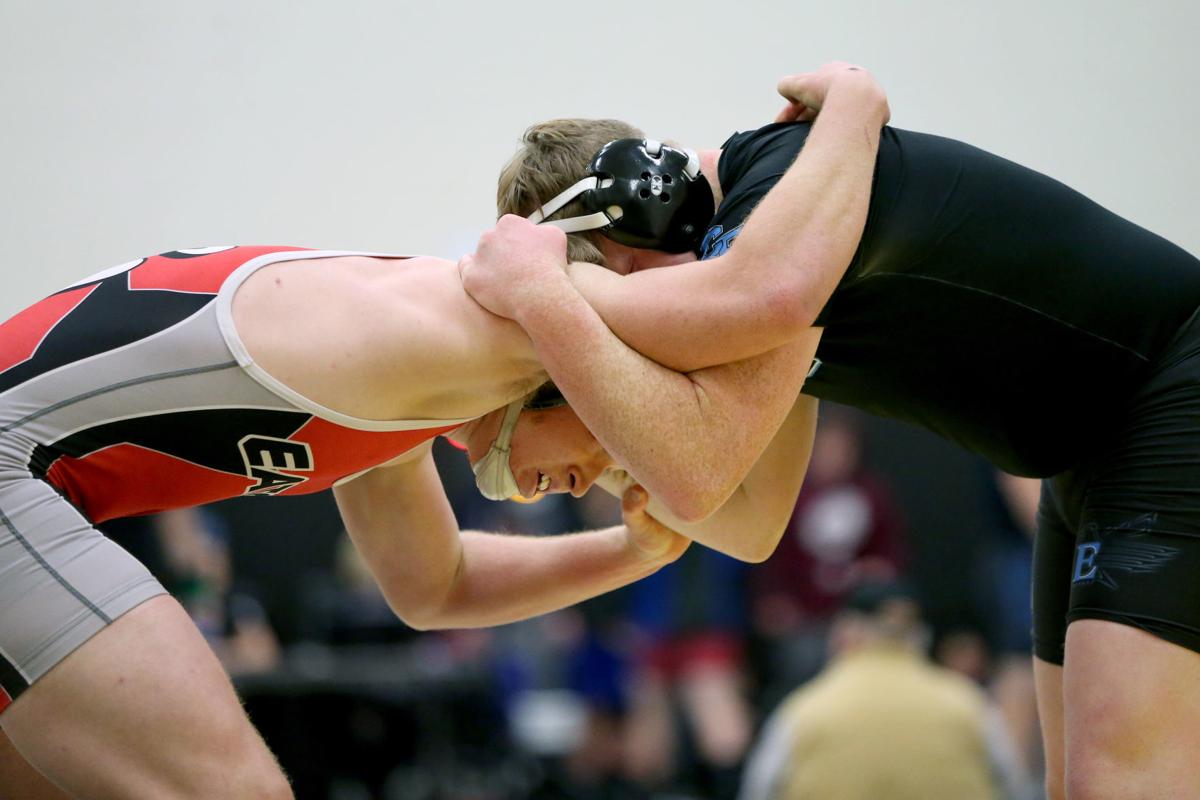 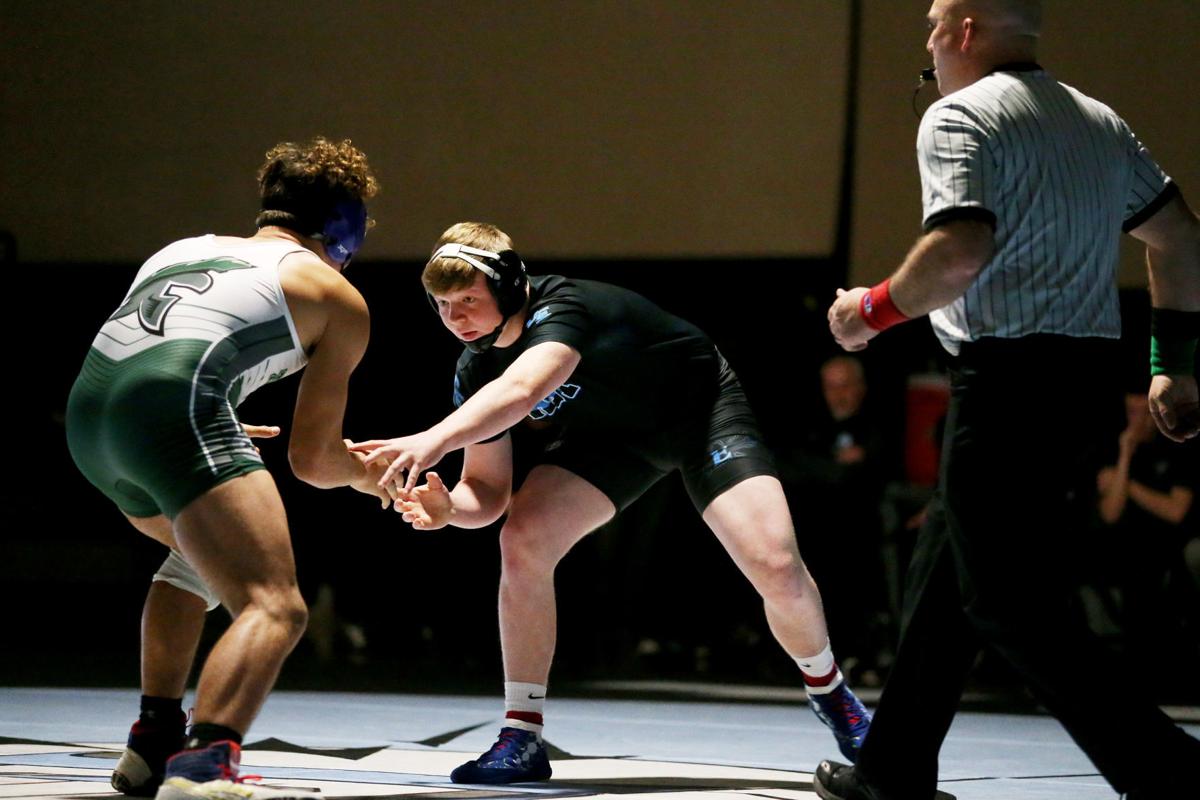 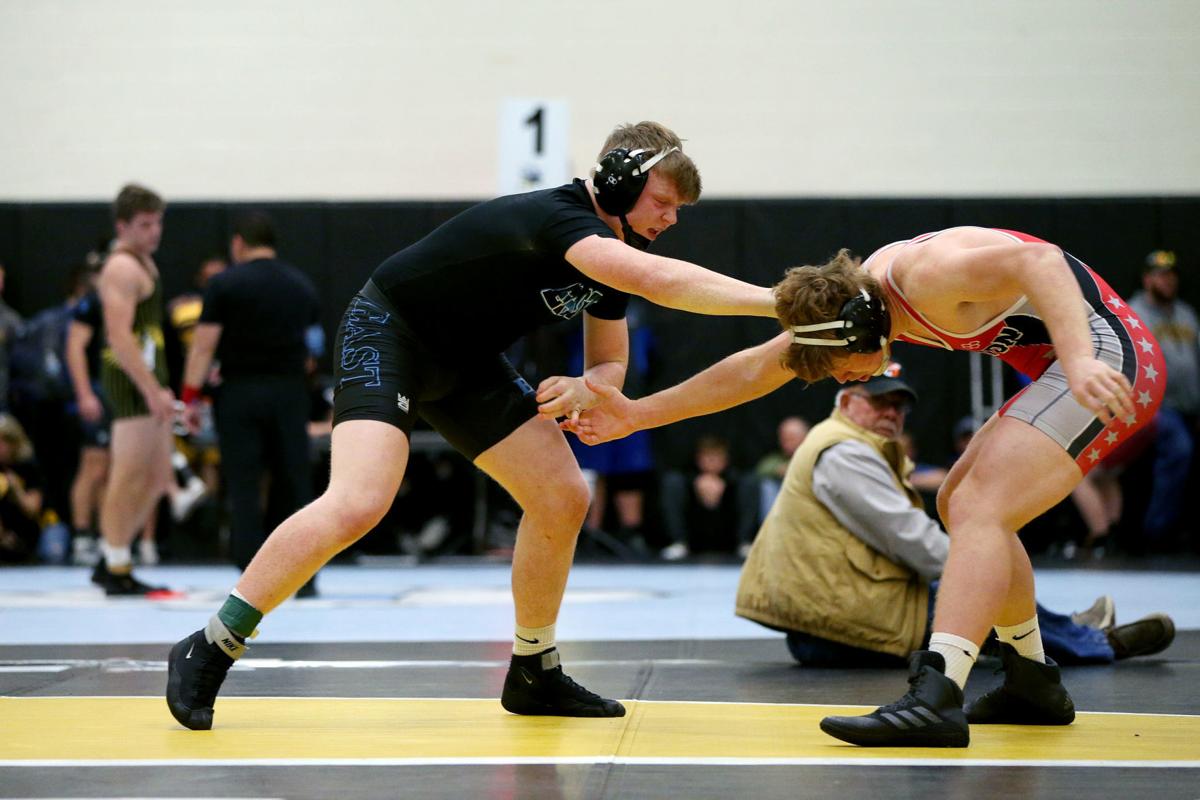 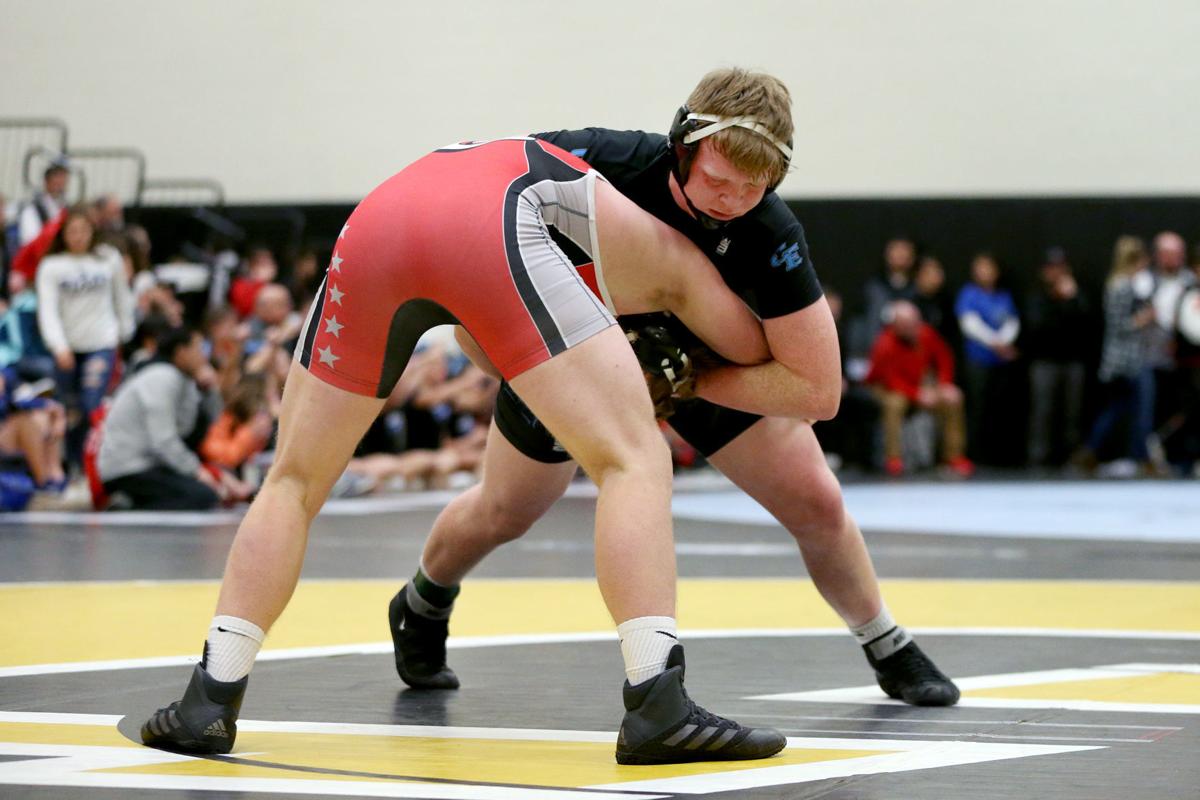 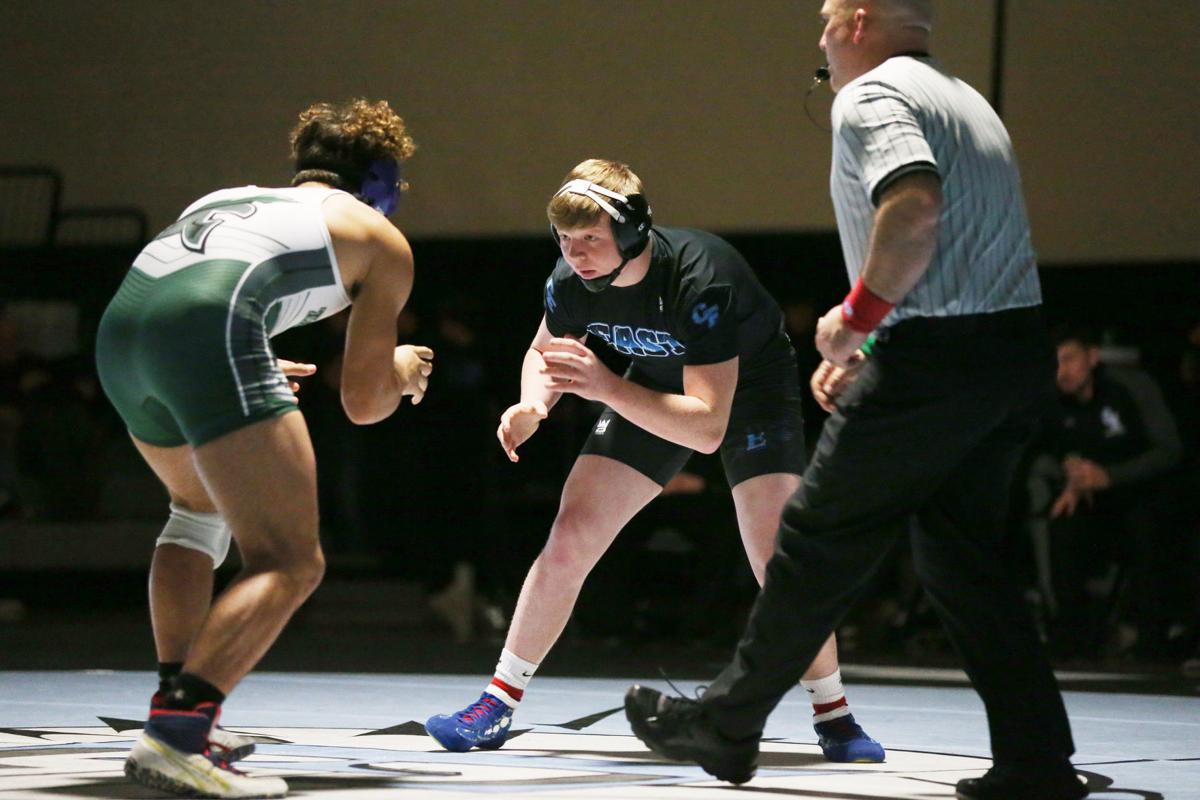 CHEYENNE – In order to reach his potential, Bradley Whitright had to get out of his own way.

The Cheyenne East junior 182-pounder would often psych himself out before wrestling matches. There were times he was beaten before he ever stepped onto a mat, and times where he struggled to get past wrestlers his coaches thought he should beat handily.

That changed midway through last season.

Whitright finished one round away from the medal stand at a tournament in Arvada, Colorado, and then went 0-2 at the highly regarded Top of the Rockies Invitational in Lafayette, Colorado.

Whitright describes the quick exit at Top of the Rockies as less than ideal, but he was eliminated in a hard-fought and eye-opening 5-3 decision.

“It made me realize I could have some success if I stopped worrying and fixed some mistakes. I was tired of feeling left out and sitting around watching other people wrestle after I had been eliminated from tournaments.”

Slowly but surely, Whitright made incremental changes that helped him start piling up wins. He ended his sophomore campaign with a 28-20 record and third-place finish in the 182-pound bracket at the Class 4A state tournament.

“The last few weeks of the season last year, it was like something clicked,” East coach Thad Trujillo said. “It wasn’t physically or skill-wise, it was more mental. By the end of the year, he looked like a different kid than he had for most of the season.

“He has carried that over into this year. He is more confident and trusts his offense and his skills.”

Whitright is 31-3 as the Thunderbirds get ready to head south to the Chaparral Quadrangular in Parker, Colorado, today. He sits third in the WyoWrestling.com rankings, and is coming off a runner-up finish at Top of the Rockies.

“He stays in great position and is hard to score on,” Trujillo said. “He frustrates guys because they’re so close to scoring, and he finds a way to get back to square.”

That was obvious during the finals of East’s Charlie Lake Invitational, where Whitright fought off a pair of single-leg takedown attempts by Dakota Powell of Eaton, Colorado, during the first period of a 4-3 victory.

That match also highlighted a weakness Whitright continues to work on – scoring points on top.

Powell took a 1-0 lead after quickly escaping from Whitright to start the second period.

“I give (Whitright) a hard time and tell him he couldn’t ride the pony at King Soopers because he might fall off,” Trujillo joked. “That’s something he has been really working on, and we’re starting to see him get some rides and turns.”

Whitright knows he is a work in progress on top.

“It’s something I’ve never really been good at, but I have had moments this year where I realized, ‘Wow, I don’t think I’ve ever been on top this much before,’” he said. “I used to hate being on top, so scoring points there is a weird feeling. But it has given me even more confidence.

“Things are coming together nicely. We’ve got a lot of good tournaments and a lot of good wrestlers left on our schedule. I’m really looking forward to the rest of the season.”

Burns-Pine Bluffs is at the Lander Invitational today and Saturday.

Cheyenne Central heads east on Interstate 80 to the University of Nebraska-Kearney’s Midwest Duals on Saturday.

The second meet of the indoor track and field season is today in Laramie. Central, East and South will all compete at the Southeast Quadrangular at the University of Wyoming’s War Memorial Fieldhouse.

East and Central will meet in the pool again at 4 p.m. today. South competes at the Lander Pre-Invitational today and Lander Invitational on Saturday.

Which of the following social distancing songs is your favorite?

Are progressives afraid of challenge to their socialist agenda?

Don't forget to show appreciation for those caring for health workers