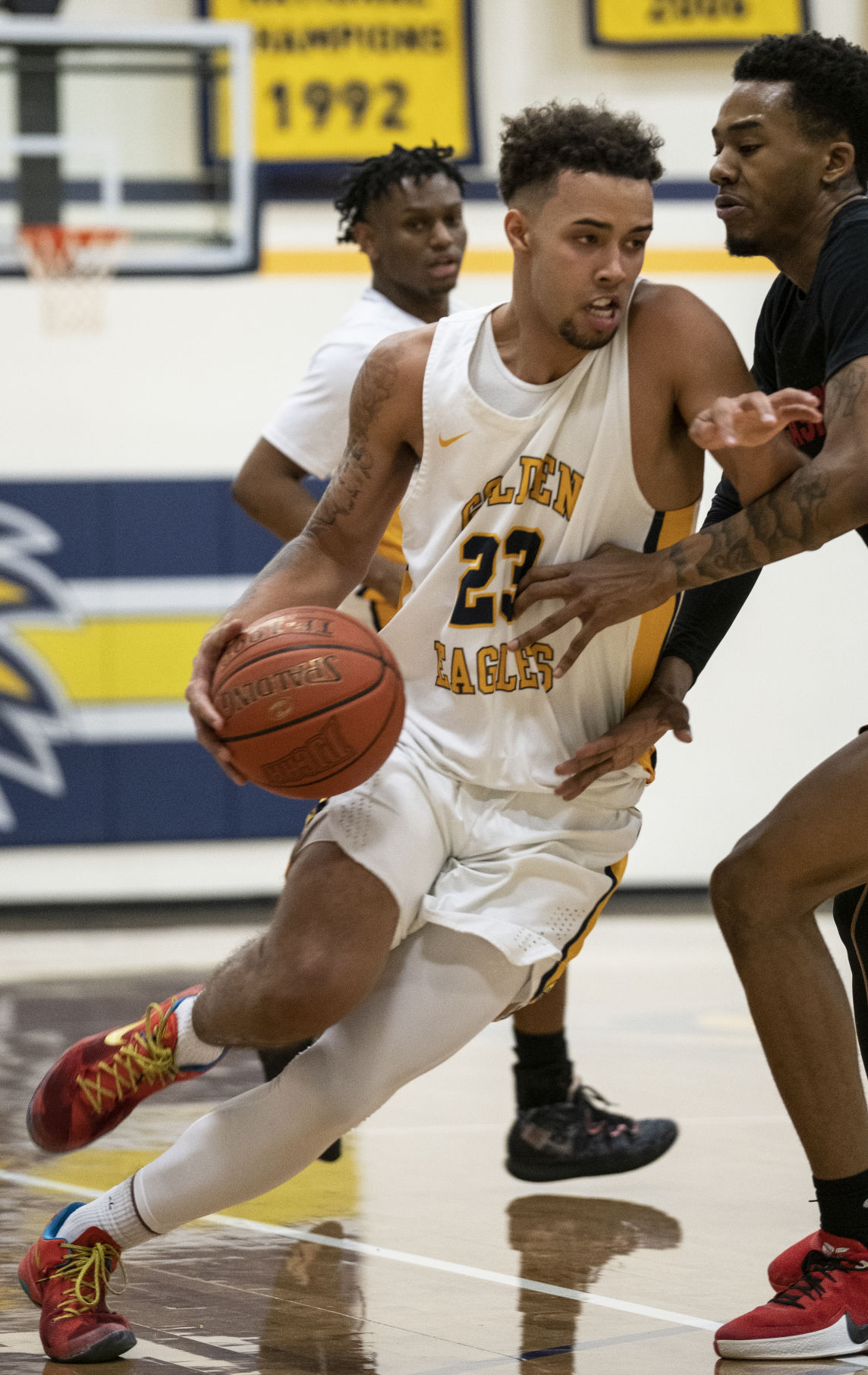 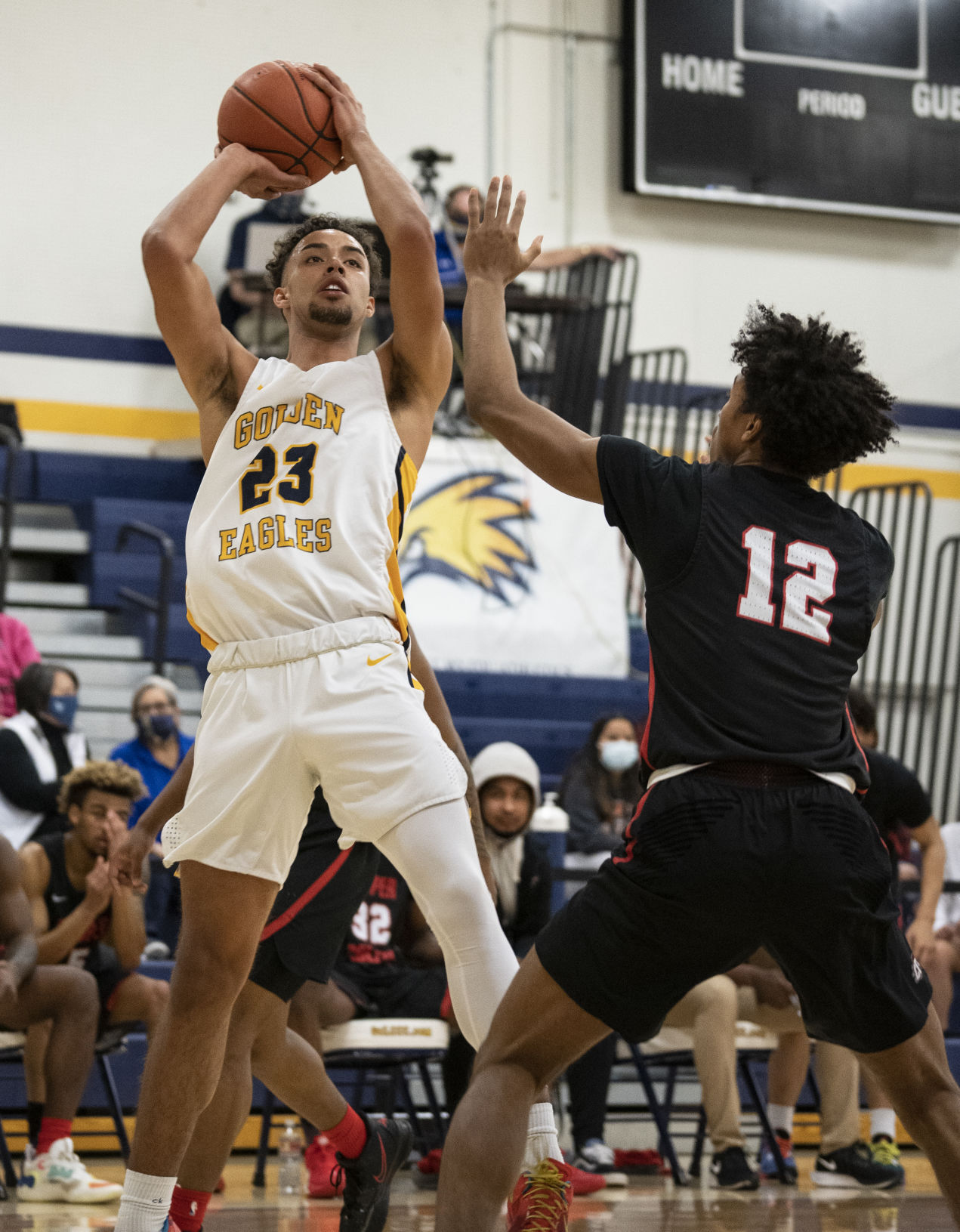 CHEYENNE – Interim Laramie County Community College men’s basketball coach DeWayne Saulsberry has told anyone who will listen that Xavier McCord is a mid- to high-major talent.

Saulsberry has been coaching at the college level for 14 years, and is confident McCord has the skill set required to play elite college basketball.

McCord has done a lot to back up his coach’s lofty opinion of his game.

The 6-foot-3 freshman guard has averaged 15.2 points and six rebounds per game to help the Golden Eagles win the Region IX North title and earn the honor of hosting the Region IX tournament starting Thursday.

“The one thing I didn’t completely realize when we were recruiting him is (McCord) has that ‘it’ that people talk about,” Saulsberry said. “It’s an intangible thing, but it separates the good players from the great players and he has that ‘it.’ There are very few people in our region who have his quickness, his athletic ability, his scoring ability and his toughness.

“He is a tough, tough kid. He doesn’t back down from anyone. He isn’t afraid to walk into any gym we play in. He believes he is one of the best players on the court no matter who we play, and he often is.”

“It’s great to hear that coach thinks I can be a high-major guy because that’s always been my goal ever since I was little,” McCord said. “I’m not worried about that stuff right now because I still have another year here at L-Trip.”

McCord was a four-year varsity player at Cheyenne East, and averaged nearly 10 points across 105 games. He earned first team All-Class 4A honors as a senior, ranking second in the state in rebounding average (9 rpg), third in scoring (18.2 ppg) and was tied for second in blocks (1.7 bpg).

McCord knew he needed to add muscle if he was going to have similar success at the college level. He got up to 200 pounds during the off-season. The conditioning LCCC does trimmed him down to 190, which is still heavier than he played in high school. McCord would like to eventually stay at 200 pounds during the season.

That added bulk has contributed to his standout freshman season.

“The guys in college are a lot bigger, so I couldn’t just bully everyone like I did in high school,” McCord said. “I had to get bigger and stronger to compete at this level. That was a big goal of mine before I started college ball.”

McCord played forward in high school, but has largely played guard for LCCC. He has seamlessly transitioned back to his natural position, but injuries have forced the Eagles to occasionally utilize his post skills.

“We’ve had to ask him to play some 3, play some 4 and even play some at the 5, and he has stepped up every single time and rebounded the basketball and played great defense on bigger, stronger kids,” Saulsberry said. “That’s a testament to how tough he is.”

“He has always been a confident kid, but he is playing with even more confidence here,” said LCCC sophomore Erik Oliver, who played with McCord on travel teams and at East. “He has expanded his shooting range and is really starting to hit the 3-ball on a consistent basis.”

If there’s one knock against McCord it’s that his scoring has been somewhat inconsistent. He has scored eight or fewer points seven times this season. McCord would like to see his scoring be less of a rollercoaster ride, but says it has been up-and-down because LCCC’s roster features five players who average at least 13.5 points.

“Erik (Oliver), Ghared (Boyce) and Arion (Lewis) are two of the top scoring guards in the league, and we have two of the top big men in the league who can also score down low,” he said. “I’m there whenever we need a bucket, but I’m not going to force it. I want to take whatever the game gives me and do what ever my team needs from me.”