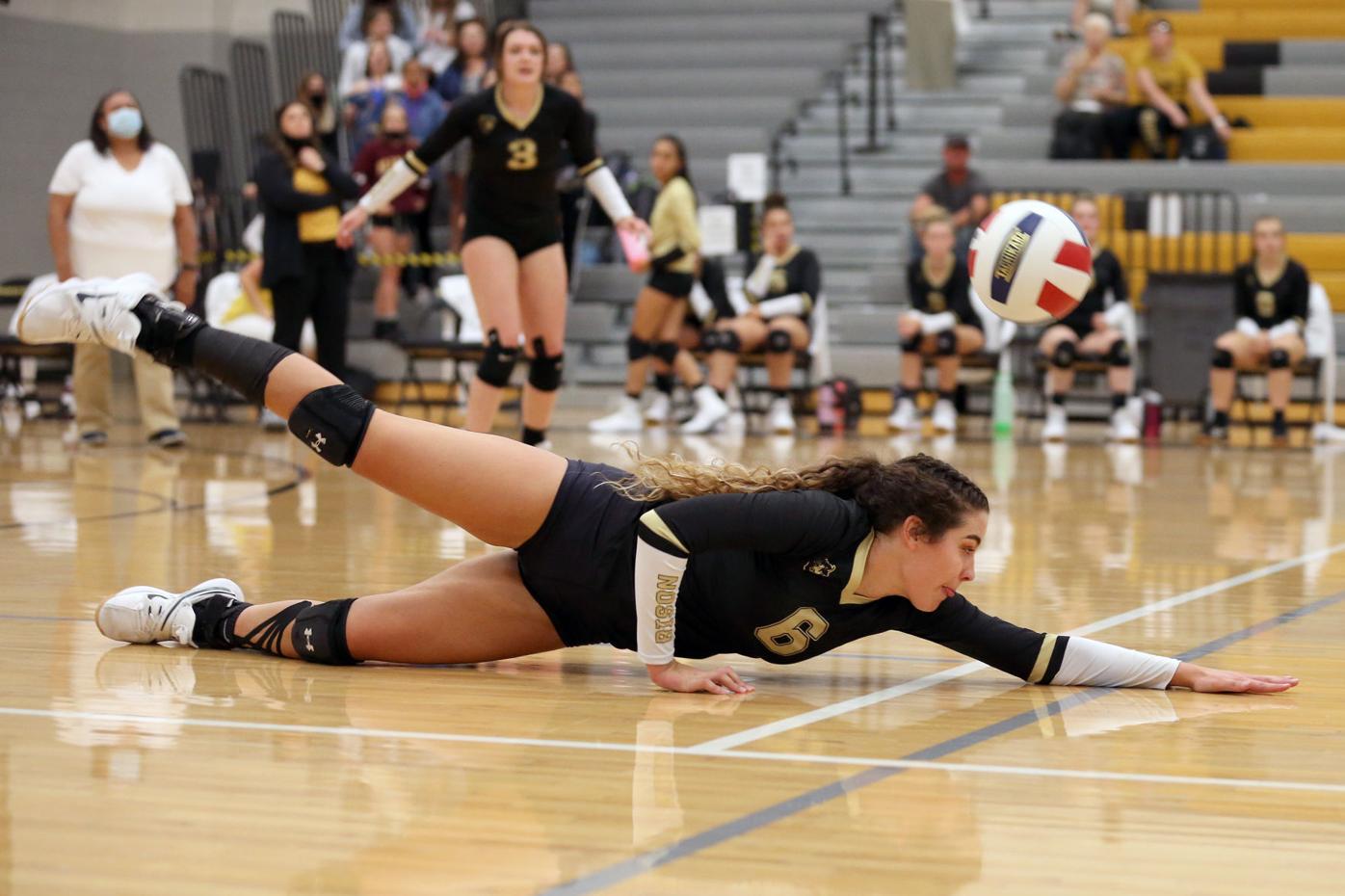 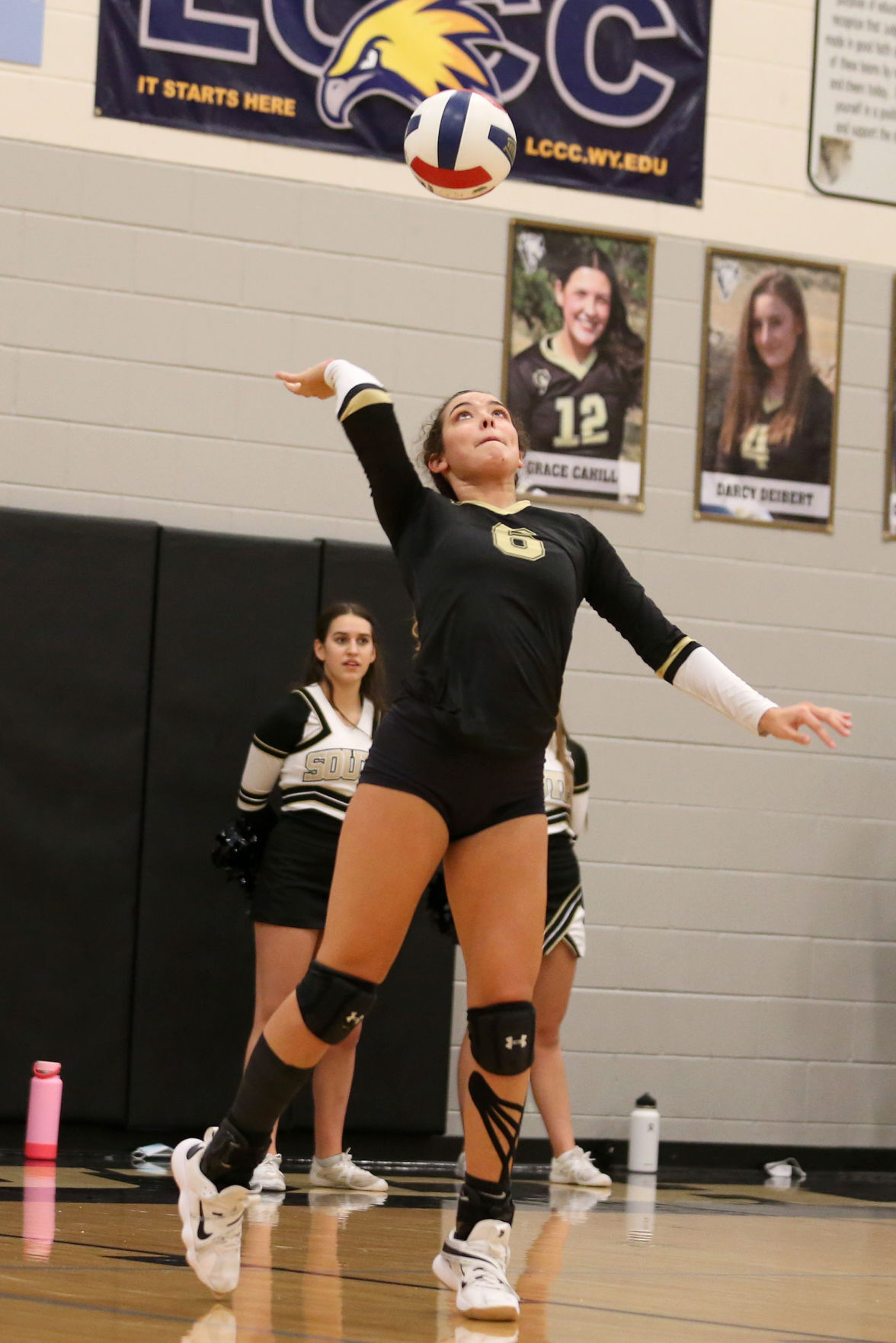 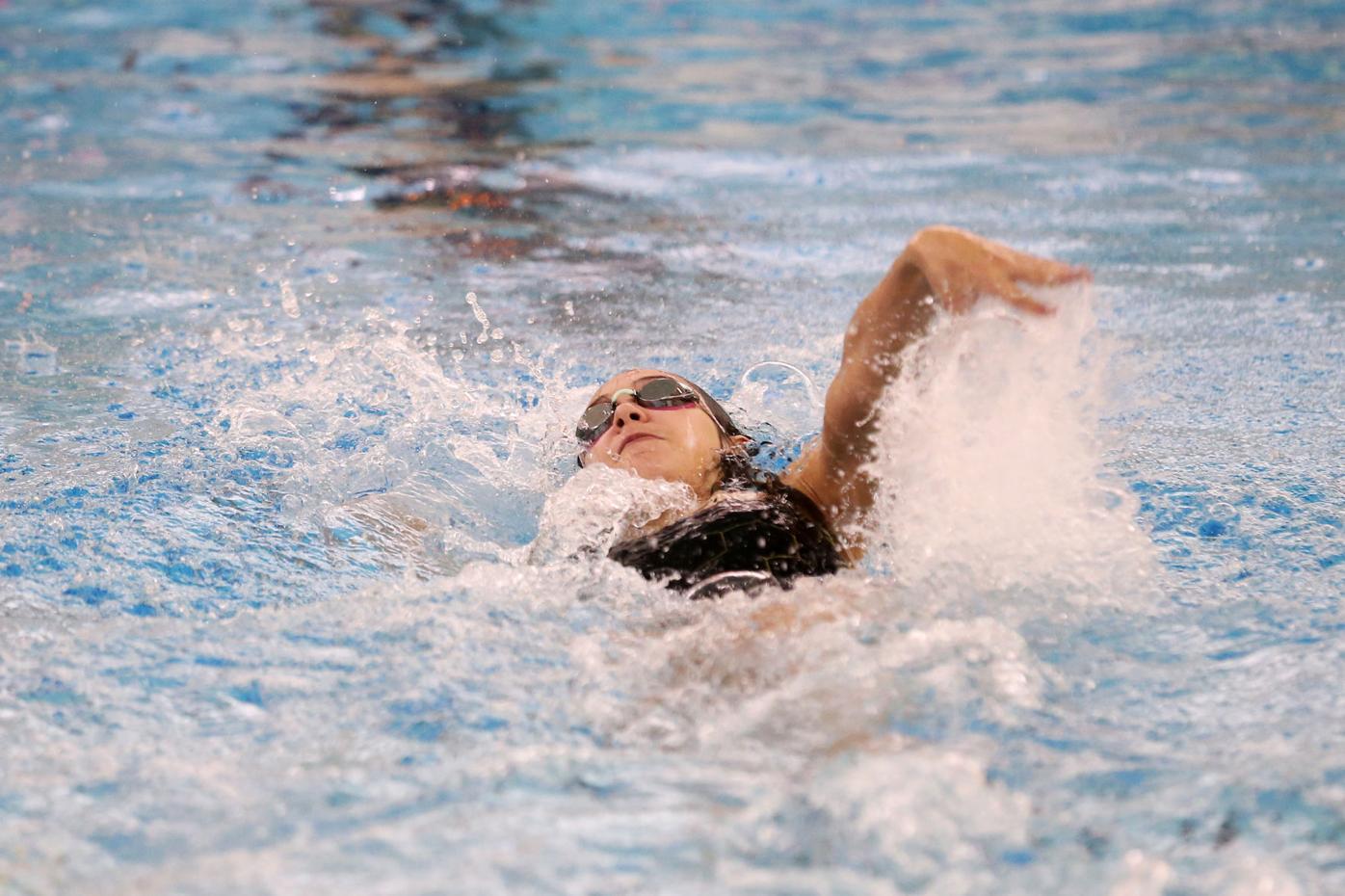 Cheyenne South swimmer Dillen Phillips does the backstroke while competing in the 200-yard medley relay during a meet Saturday, Sept. 12, 2020, at South. Michael Cummo/Wyoming Tribune Eagle 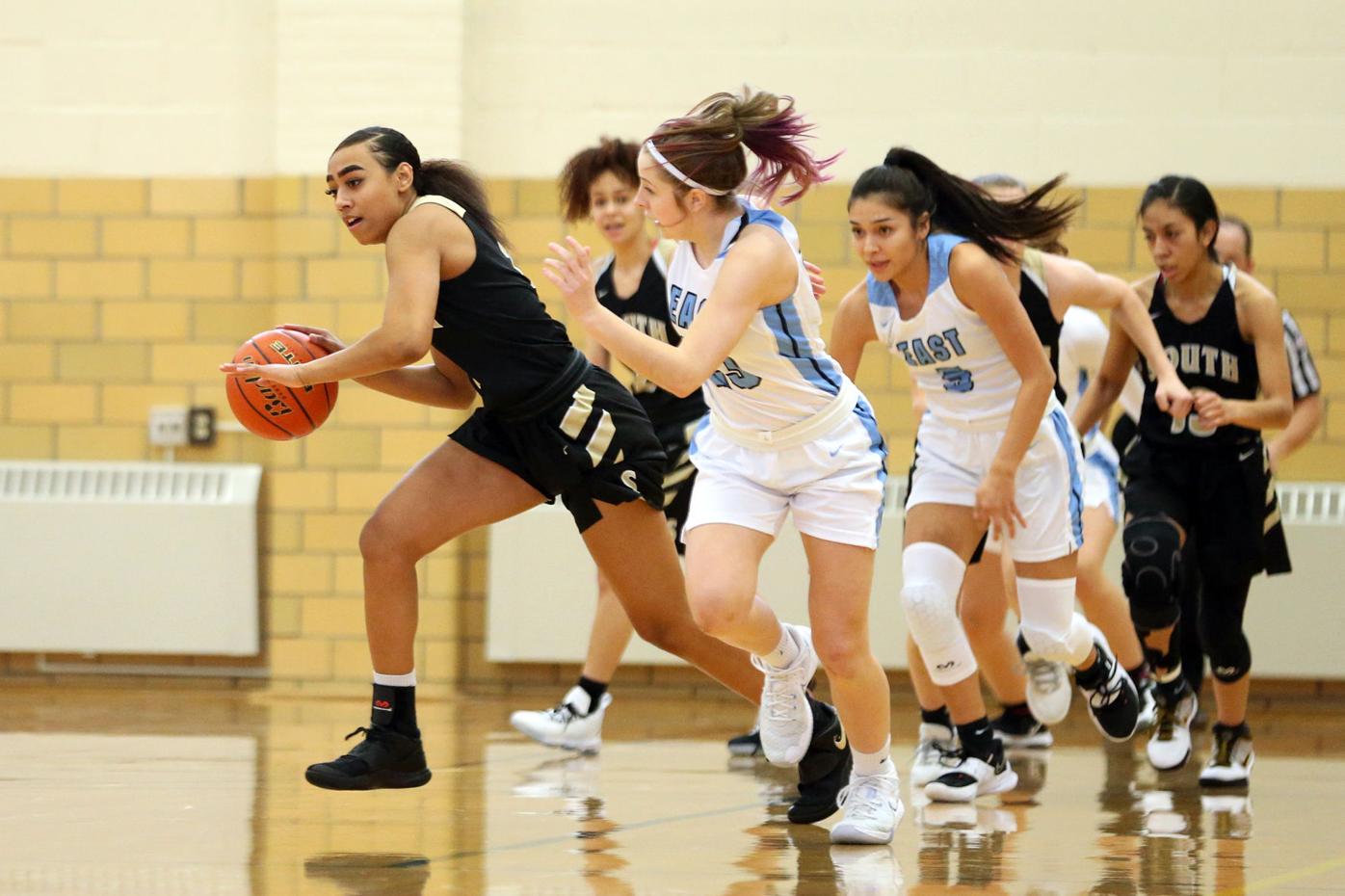 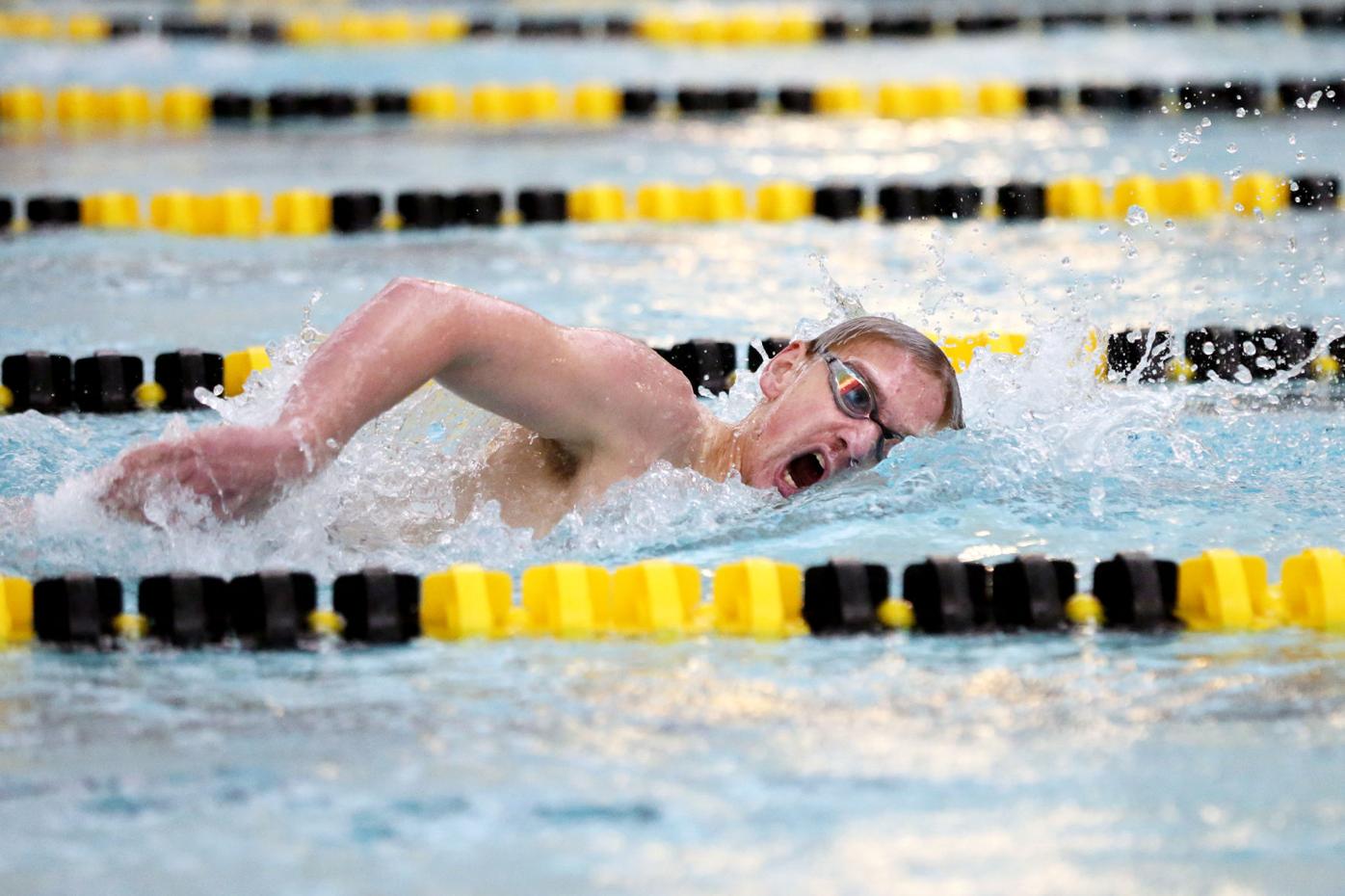 Cheyenne South swimmer Dillen Phillips does the backstroke while competing in the 200-yard medley relay during a meet Saturday, Sept. 12, 2020, at South. Michael Cummo/Wyoming Tribune Eagle

CHEYENNE – Staying in her hometown was a big plus for Kiley Still.

The Cheyenne South volleyball player was thrilled by the opportunity to continue her career on the court playing for Laramie County Community College.

“A big part of (my decision) when considering options was that this is still a hometown feel,” Still said. “The energy of staying in Cheyenne is a huge part of it.”

Still was one of four South student-athletes that signed their National Letters of Intent on Wednesday afternoon. Dillen Phillips, Jared Price and Calysta Martinez were the other three.

She had a few other schools that showed some interest in her, but, there were no conversations quite as serious, since the idea of playing for the Golden Eagles was pretty much set in stone.

The competition will be a huge step up, but Still is anxious and prepared to take her style of play to the next level.

“I’m a passionate player, and I’m hoping I can take that with me,” said Still, who is a setter. “I used to watch them play when I was younger, so it’s exciting to be there now.”

One of the things that stood out to Phillips after she made her decision was the enjoyment that seemed to revolve around the team.

“The team looks like they have so much fun … I follow them on Instagram, and they just always look like they’re having fun,” Phillips said. “And that’s what I want – I want to be able to be on a team and improve. But still have fun.”

Phillips placed sixth in the 100-yard freestyle at the Class 4A state meet in November with a time of 56.36 seconds. She was also a member of the 400 free relay team that placed fourth at the meet.

Shortly after the state meet was when Saginaw reached out to her, and not much later was when she made her commitment.

She isn’t quite sure of what she’s going to study just yet, but she’s just glad she can continue to compete in the pool.

“All I know is that I’m going to get to swim,” Phillips said. “And that’s enough for me right now.”

Price is the only male swimmer in South’s history to continue swimming following high school. He will be headed to Sterling, Colorado, as a member of Sterling College.

“It means a lot (to be the first from South to sign with a college),” Price said. “I always knew I was a big swimmer here, but I always thought there was a few other (male) swimmers (that have signed).”

Price is coming off a big state meet on Saturday, where he took home three state titles: two individual titles in the 200 and 500 freestyle races and another title in the 200 medley relay event.

Sterling’s associate coach, Laryssa McMartin, previously swam for the Bison and was a big reason Price is headed to the school. He’s looking to jumpstart a program that was launched in the fall of 2019.

“I remember sitting down at break, eating McDonalds’s. I was just eating my McDouble and some fries, and checked my phone and saw (McMartin) texted me,” Price said. “And that was huge.”

After taking her campus visit just a few weeks ago, she committed right away.

“I went to do a campus visit out there a few weeks ago, and I really enjoyed it,” Martinez said. “It wasn’t too big or too small, it was just right.”

She’s currently averaging 11 points and 5.1 rebounds per game for the Lady Bison, who will play their last regular-season game Friday in Laramie.

For Martinez, she said the characteristics she saw from the team and her future coach were important in her decision, and that they resemble South’s basketball program.