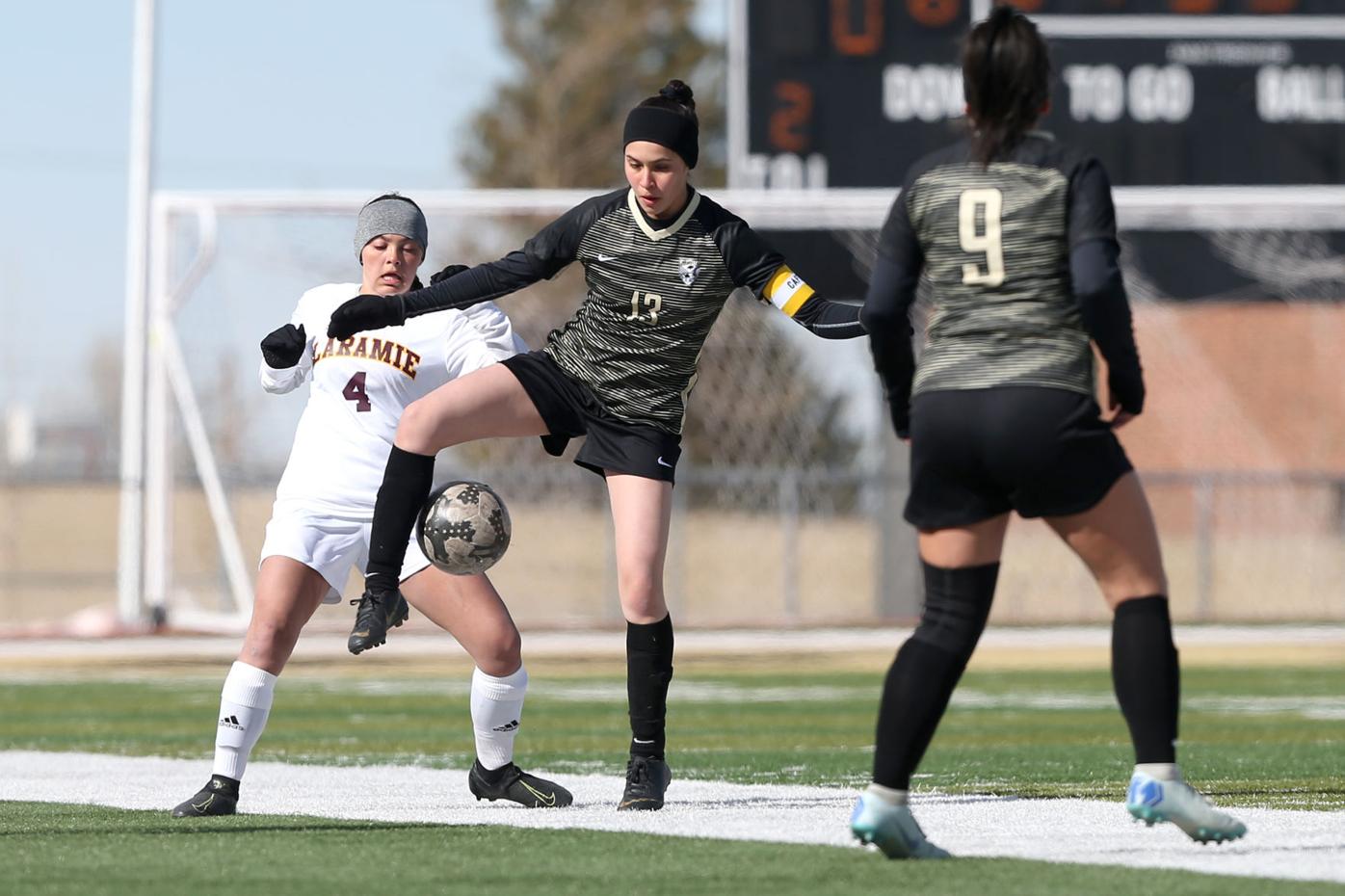 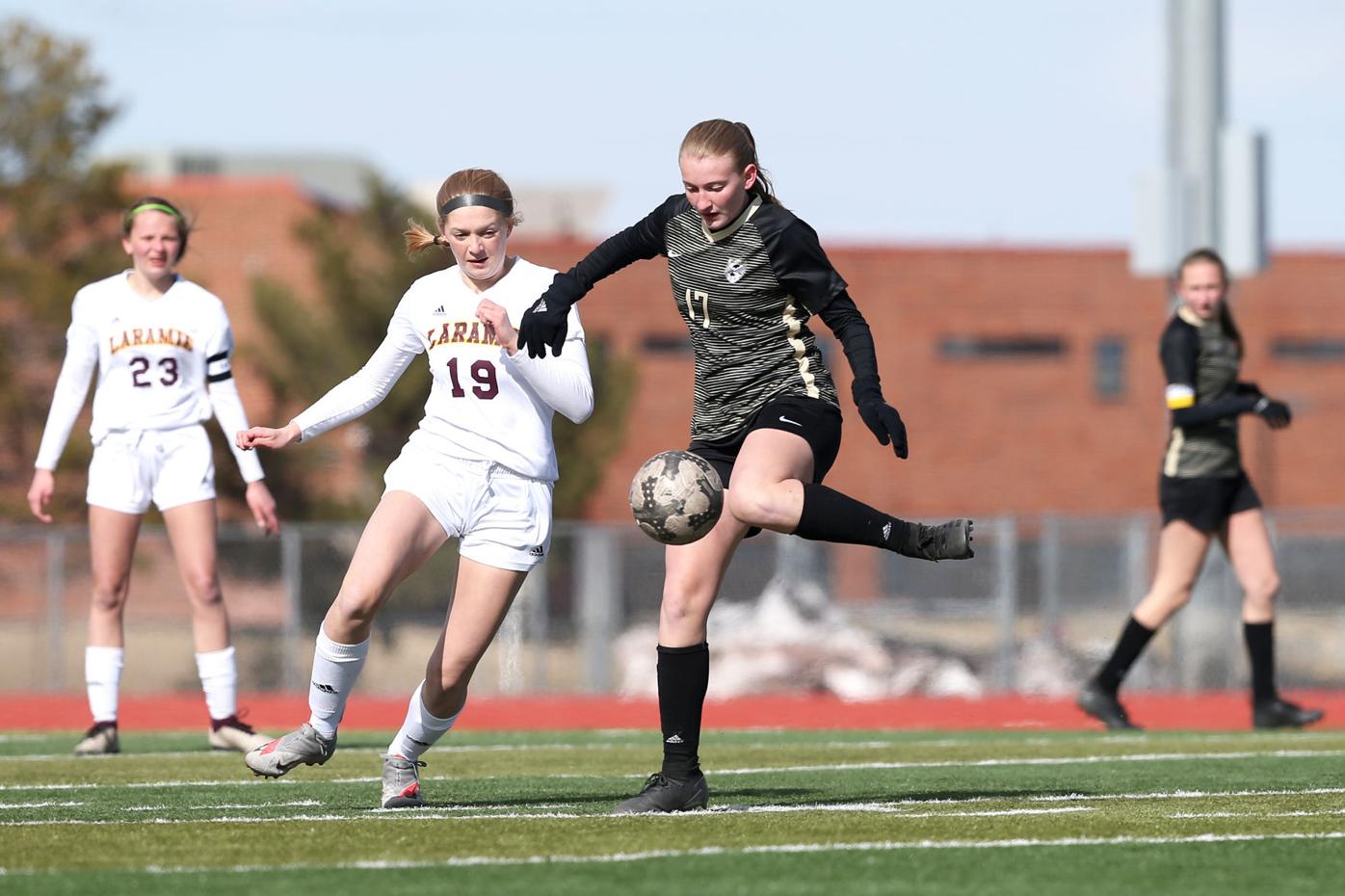 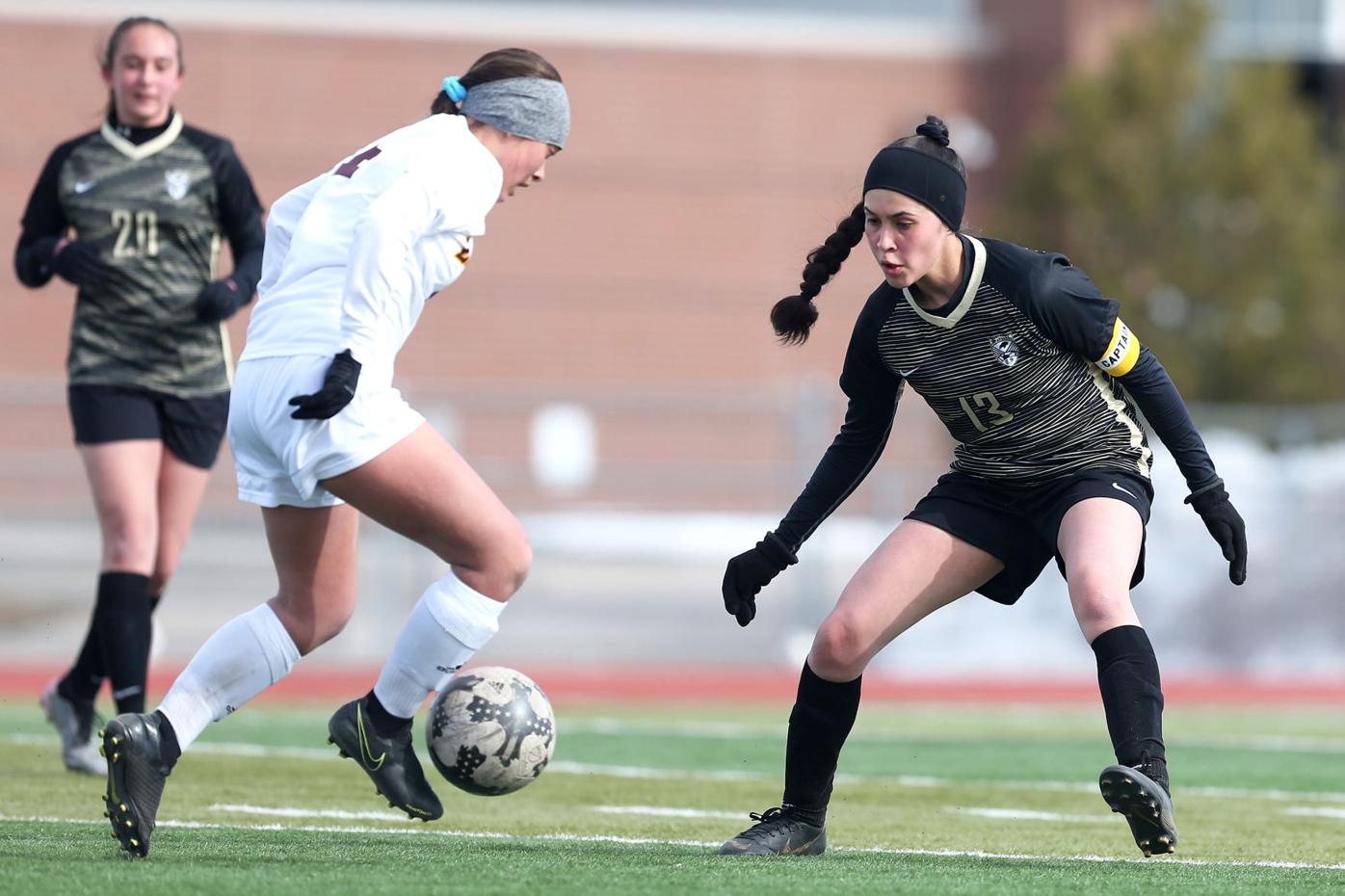 CHEYENNE – It was an offensive display for the Laramie girls soccer team Tuesday evening.

The Lady Plainsmen turned 17 shots on goal into a 5-0 victory over Cheyenne South at Bison Stadium.

Although the Lady Bison (0-3 overall, 0-1 East conference) haven’t managed to find the back of the net so far this season, the team has shown some strides early on, especially in Tuesday’s loss.

“From our first two games to this game, there’s been a ton of improvement. We moved the ball (Tuesday) the way we’ve talked about,” South coach Brandon McHenry said. “We had trouble moving it up (field), but to see improvement from a game four days ago to (Tuesday) is pretty good considering they haven’t played in two years.”

Sophomore Allison Beeston started the scoring for Laramie when Kylee Cox found Beeston from the right side of the goalie box for the assist in the 13th minute of action. Just over 11 minutes later, freshman Kaylee Kern gave the Lady Plainsmen a 2-0 advantage that they carried into the half.

Laramie (2-0-1, 1-0) finished the first half with 11 shots on goal, but South goalkeeper Kaylea Warnick wasn’t letting anything easy get by her and continued to make plays at the net.

Just 35 seconds into the second half, Cox carried Laramie’s first half momentum into the second frame when she received a pass from freshman McKenna Barham and sent it past Warnick.

“We made a point of making sure we connected two touch passes for sure,” first-year Laramie coach Justine Tydings said.

“We wanted to knock the ball around a little … and we wanted to connect a couple of passes so we could work our way up the field successfully,” Tydings said.

Kern didn’t have struggle finding success getting up the field. She scored her second goal of the game when she gained control of the ball in some traffic and lofted it over Warnick’s head in the 54th.

Seven minutes later, Kern found herself all alone on a breakaway and netted Laramie’s final goal while securing a hat trick.

“We were able to connect passes with everyone and work well to make the runs,” Kern said. “I was just waiting to have the perfect opportunity to take the defender offsides so they couldn’t catch up to me.”

The offensive woes from the Bison will be resolved as the team continues to find its chemistry with one another.

South’s next contest won’t be until April 9 on the road against Thunder Basin.

“The thing I really liked was the connection we found to feet and into the middle, just controlling the ball and not freaking out,” McHenry said. “They controlled themselves (Tuesday) and it was nice to see that improvement.”