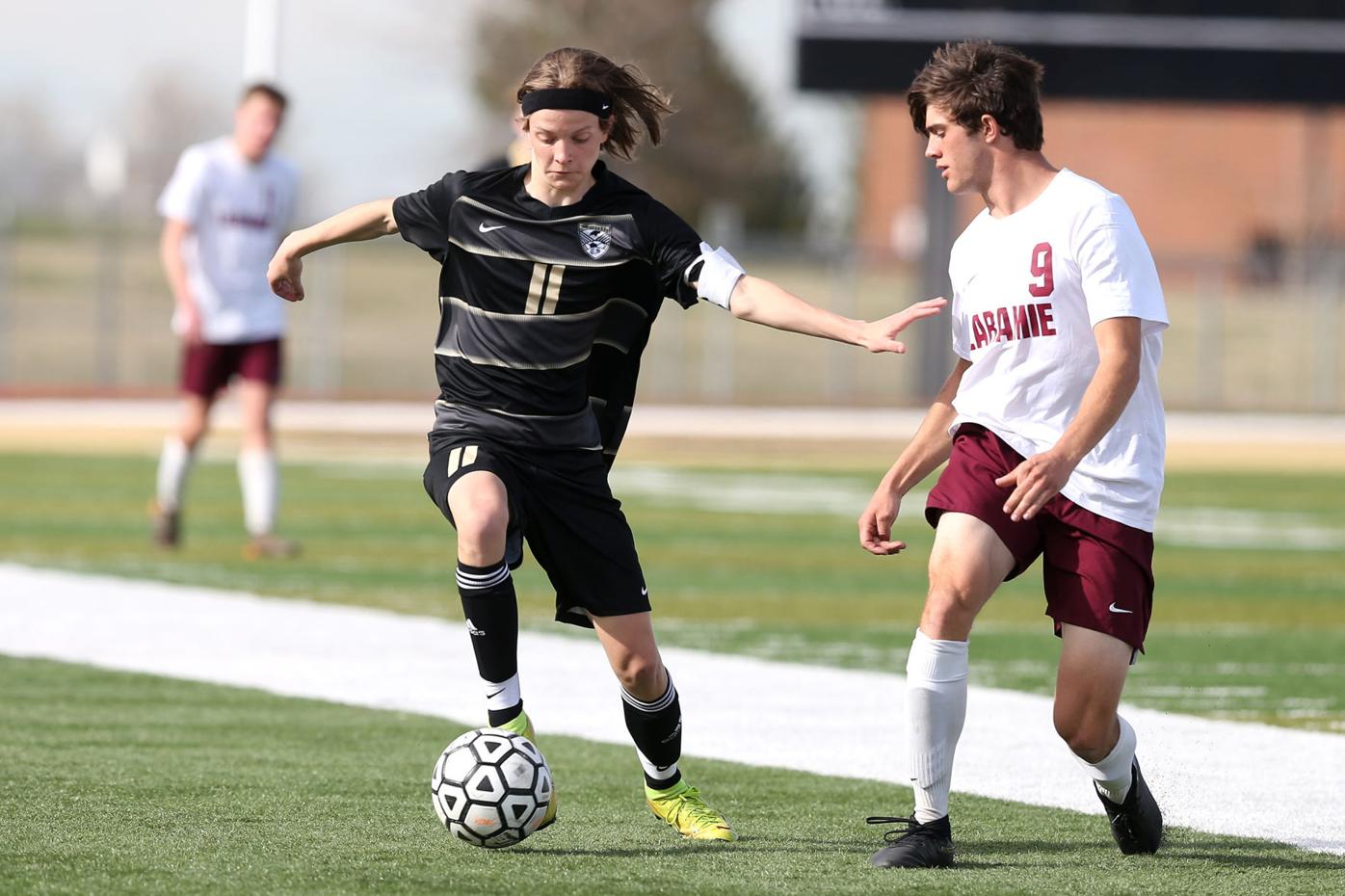 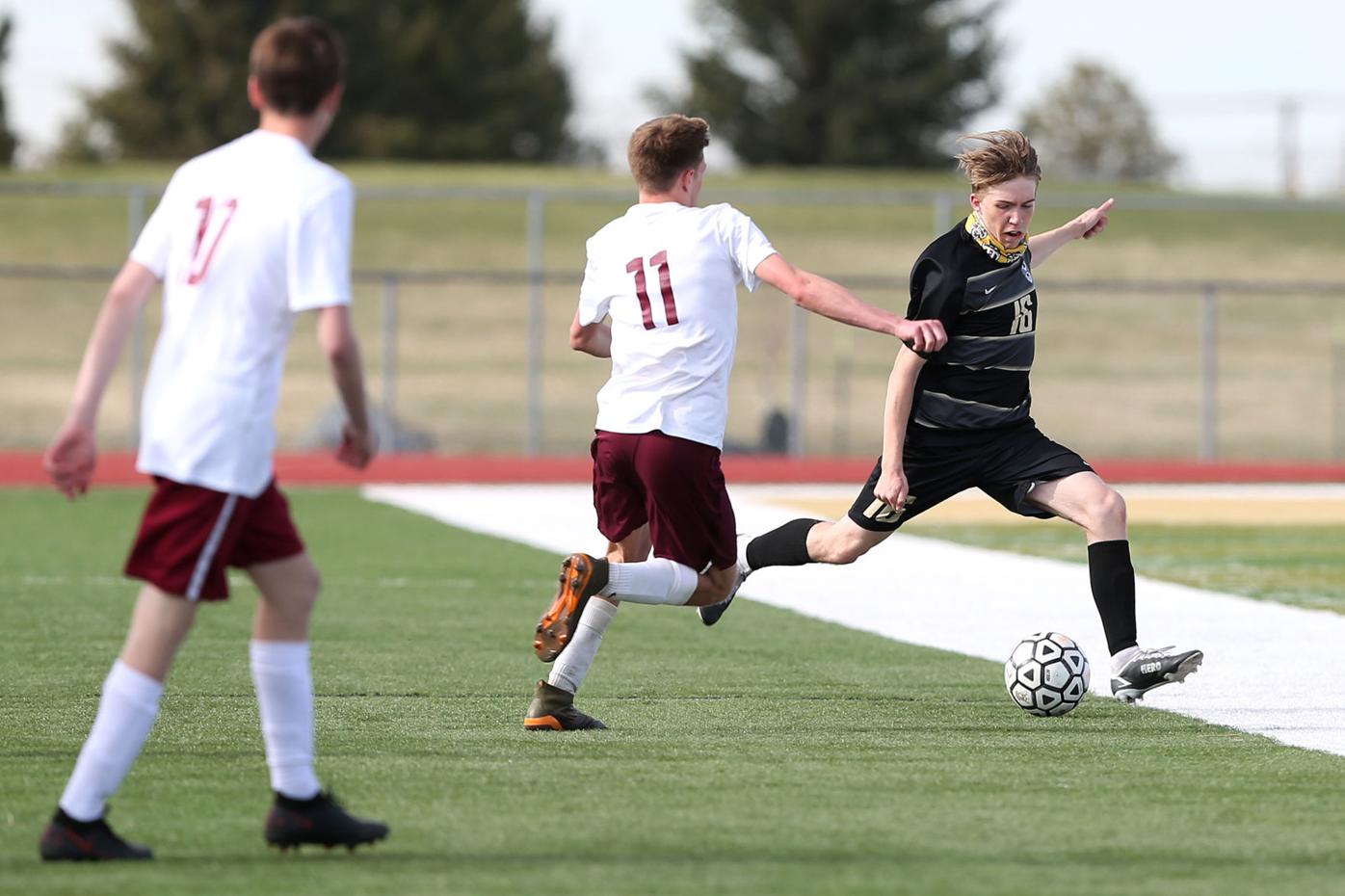 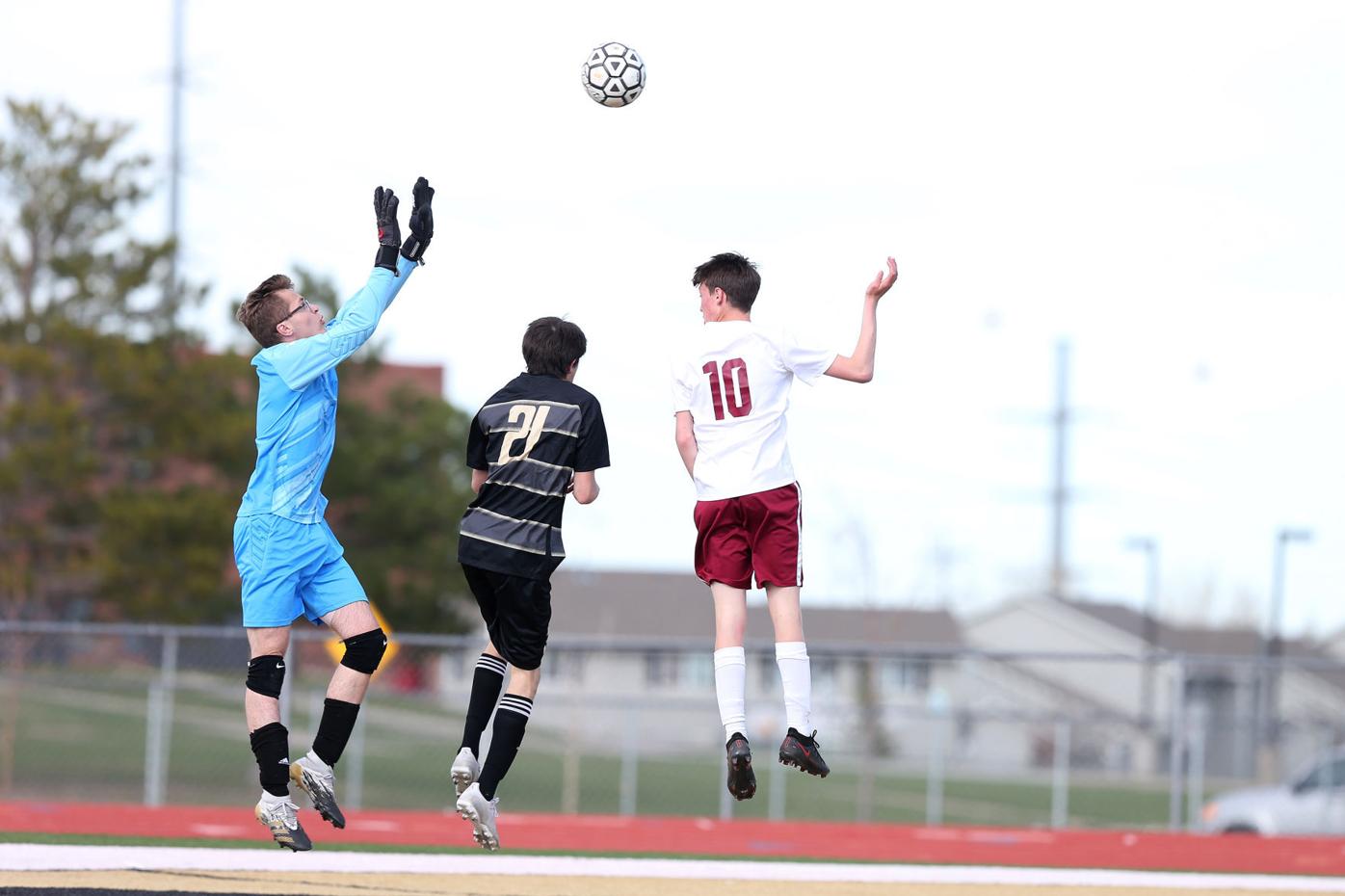 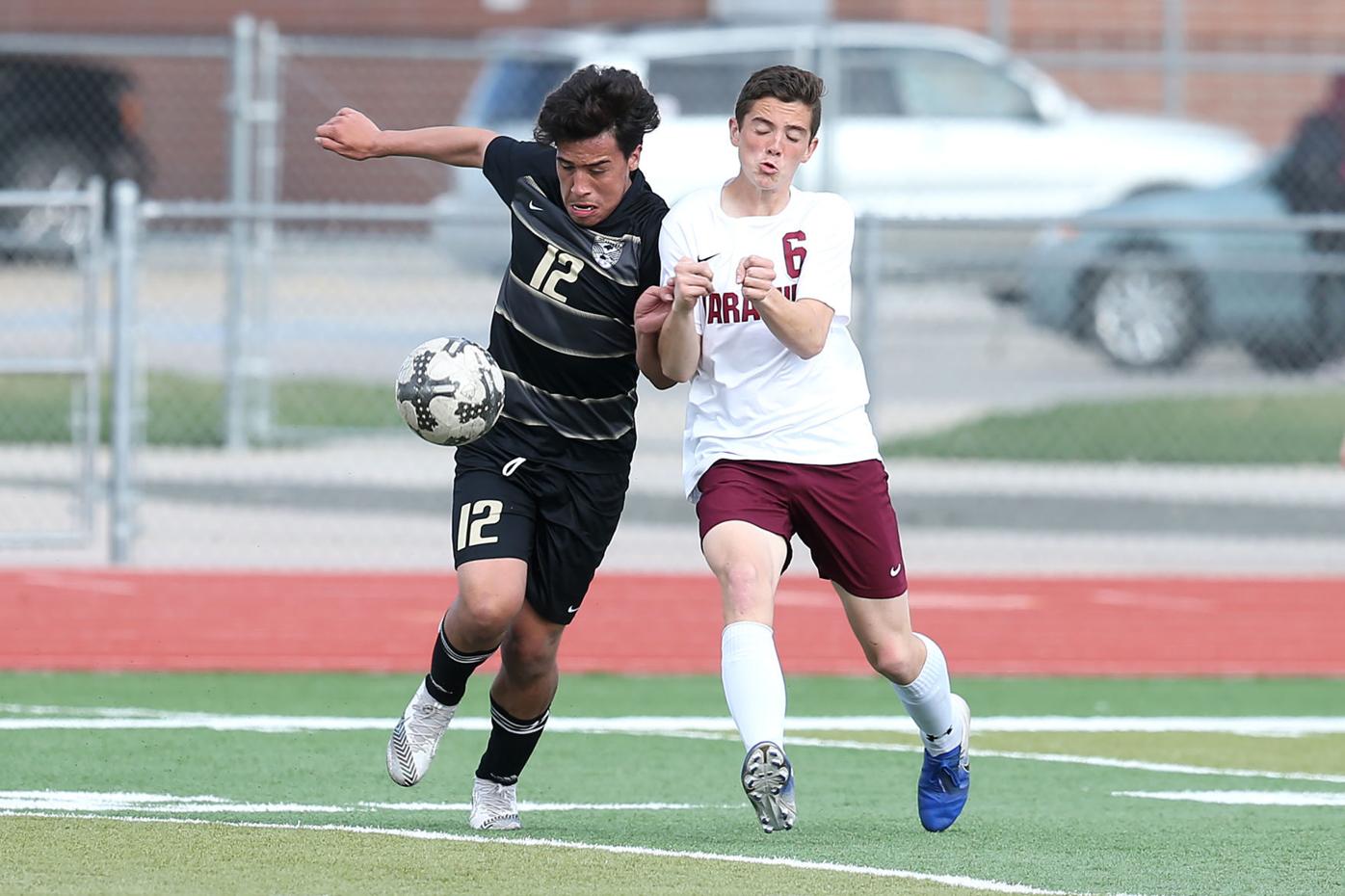 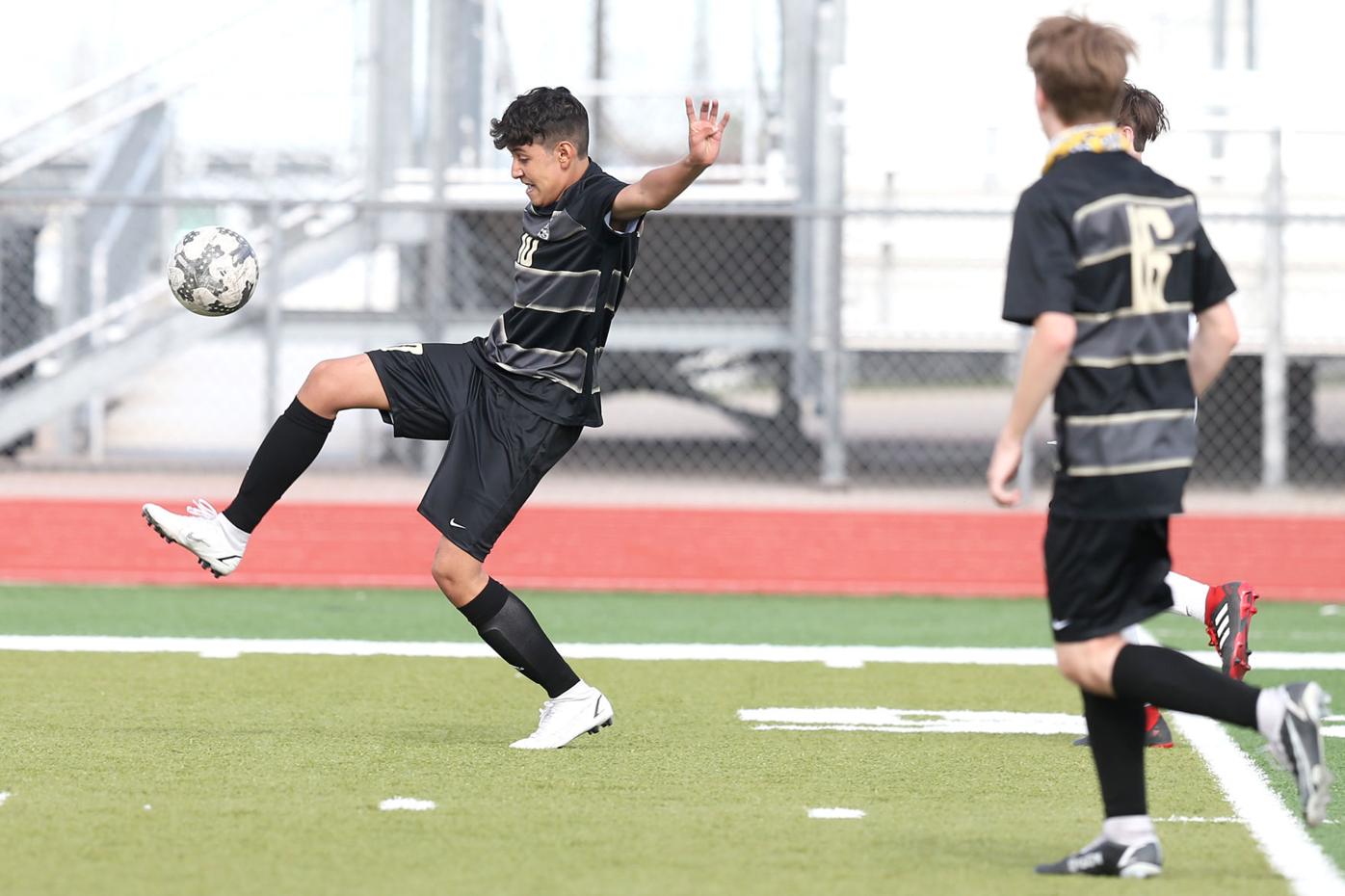 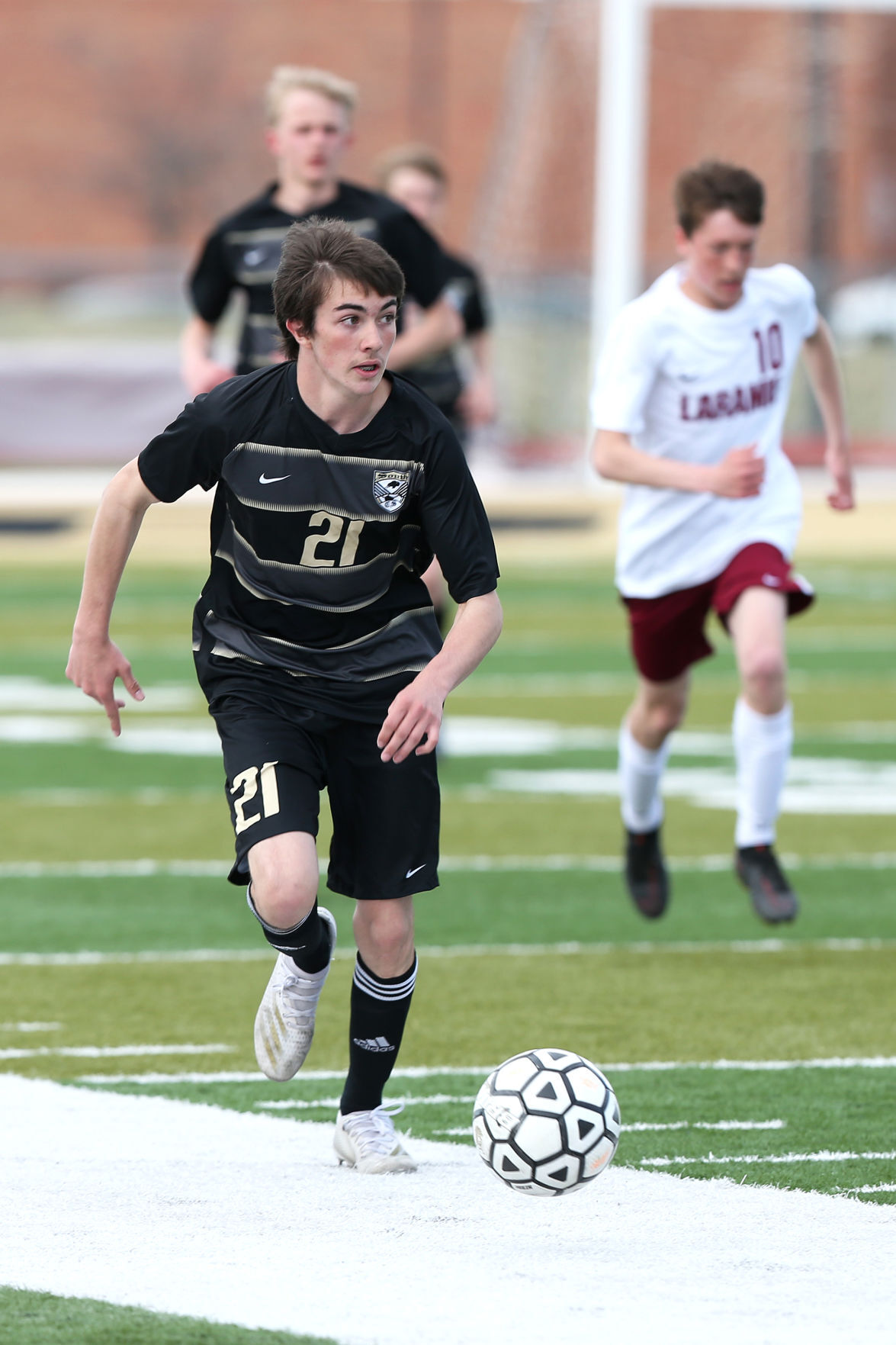 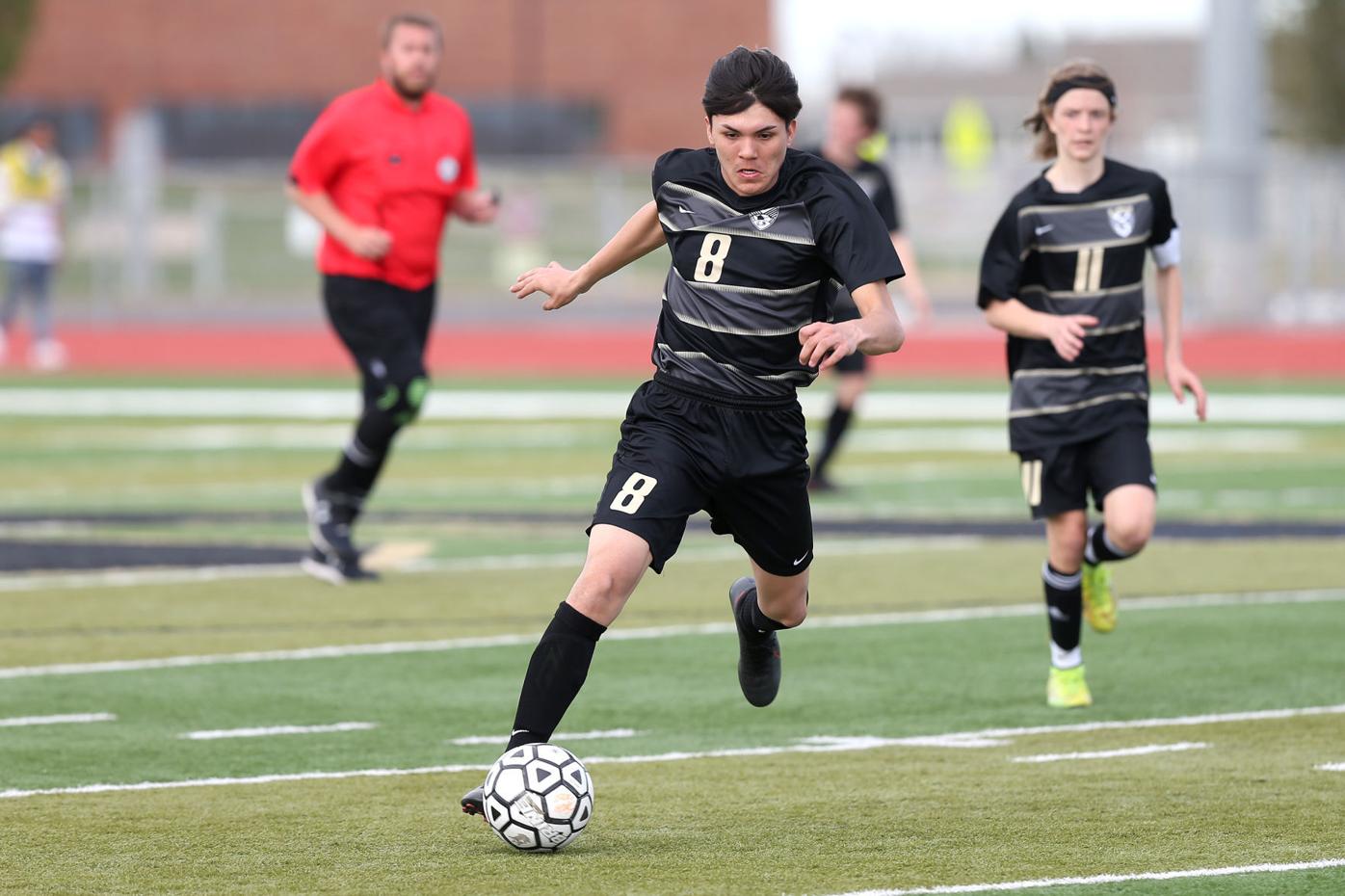 CHEYENNE – Second half adjustments helped the Laramie boys soccer team gain the separation it needed against Cheyenne South on Thursday.

Those adjustments led to four second half goals and a 6-0 victory for the Plainsmen.

Although the offense wasn’t at its best in the first half, Laramie didn’t hesitate to get its attack rolling early and had two corner kicks in the first three minutes of the contest.

On the second corner kick from senior Kelton Spiegelberg, Cameron Hoberg gained control and was hardly challenged on the receiving end before giving the Plainsmen a 1-0 lead in the 3rd minute.

“He placed it right to my feet,” Hoberg said. “I ran in, he knew where I was going, and he put it right there for me to kick it in.”

Laramie (5-4 overall, 5-4 Class 4A East Conference) extended its lead in the 20th minute when Spiegelberg and freshman Karson Busch played a two-man game. A few passes between the pair led to a through-ball from Spiegelberg, where Busch took a couple dribbles and planted on the left side of the box and found the back right side of the net.

In the final eight minutes of the half, South found the most offensive consistency it had to that point, but failed to get a shot off before to the break. In the 47th, however, a free kick from South freshman Will Bechtel from 37 yards out found its way past the Laramie back line and in between three Bison players in front of the net. South failed to capitalize and Laramie goalie Talon Luckie managed to clear the ball.

That was the best opportunity that presented itself for South (0-9, 0-9).

“I thought we were flat,” South coach Jeremy Francis said. “We warmed up flat and grades are a problem for us. It’s all the little things and it starts with grades and it just dominoes down, but at the same time you have to do the little things right … you can’t come out flat against Laramie.”

After Hoberg scored his second goal on a pass from Gavin Baker in the 48th, Gage Hepworth dribbled around a South defender on the right side of the six-yard box and found with Thomas Faber for a 4-0 lead.

Hepworth rewarded himself with a finish after a one-on-one opportunity three minutes later and Paul Taufa iced the Laramie scoring in the 72nd.

Laramie’s final two goals were unfortunate breaks for South, with the first ricocheting off Hepworth and taking a big bounce where he found his breakaway, and the second coming on a rebounded saved shot. That seemed to be the way things unfolded for South throughout the evening.

“I felt like everything that could go wrong (Thursday) went wrong, and it was all of the little things,” Francis said.