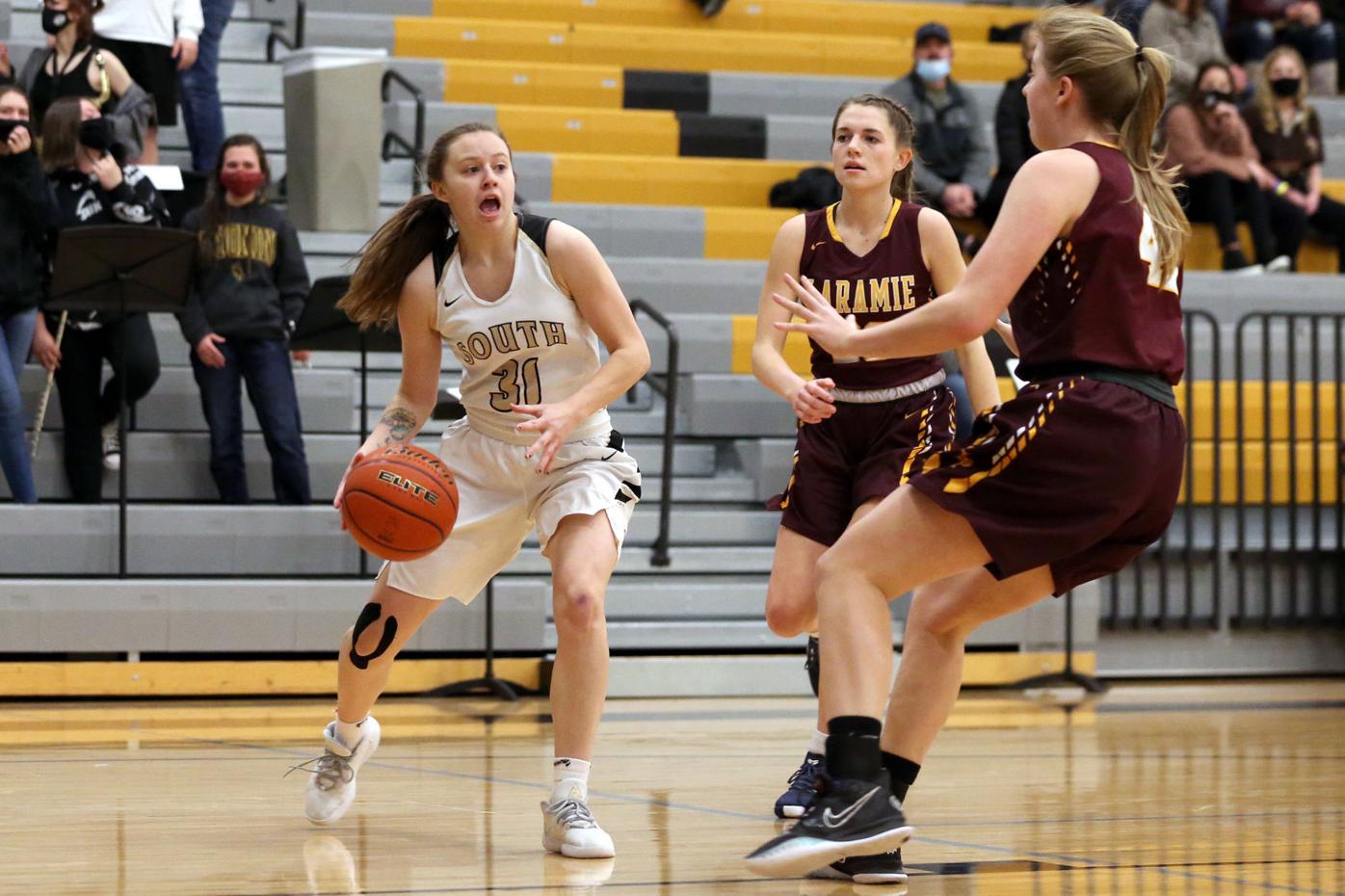 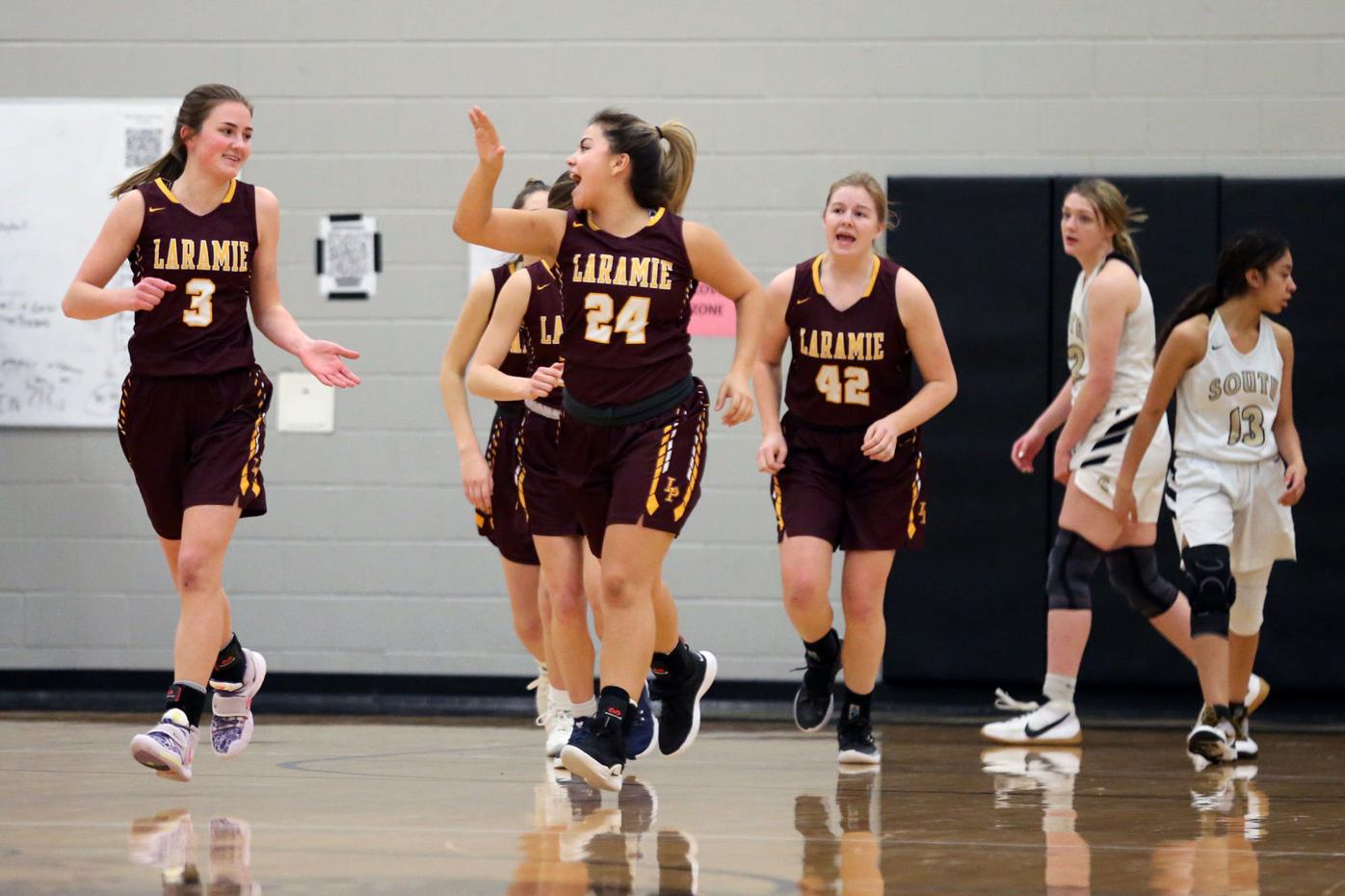 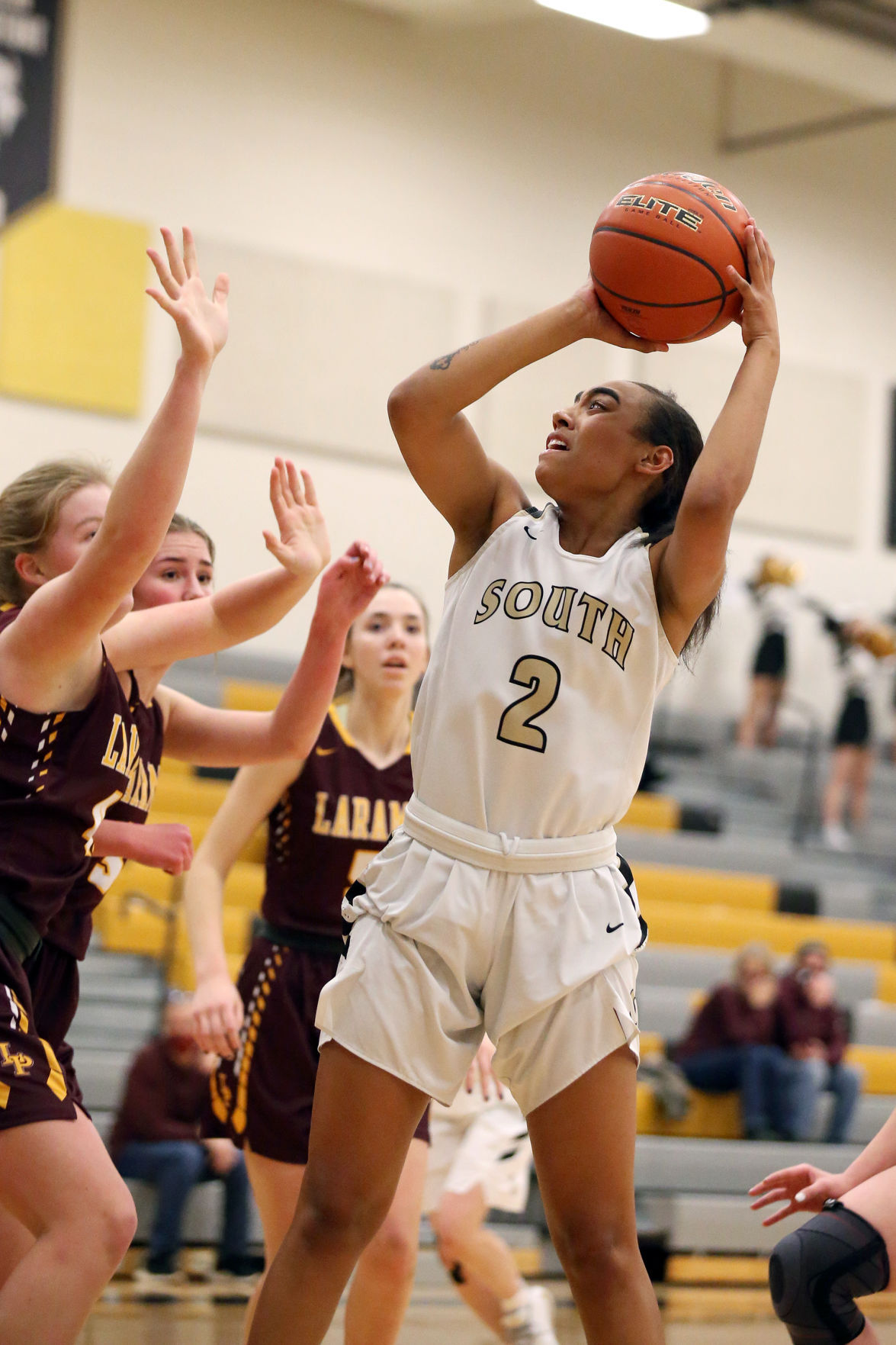 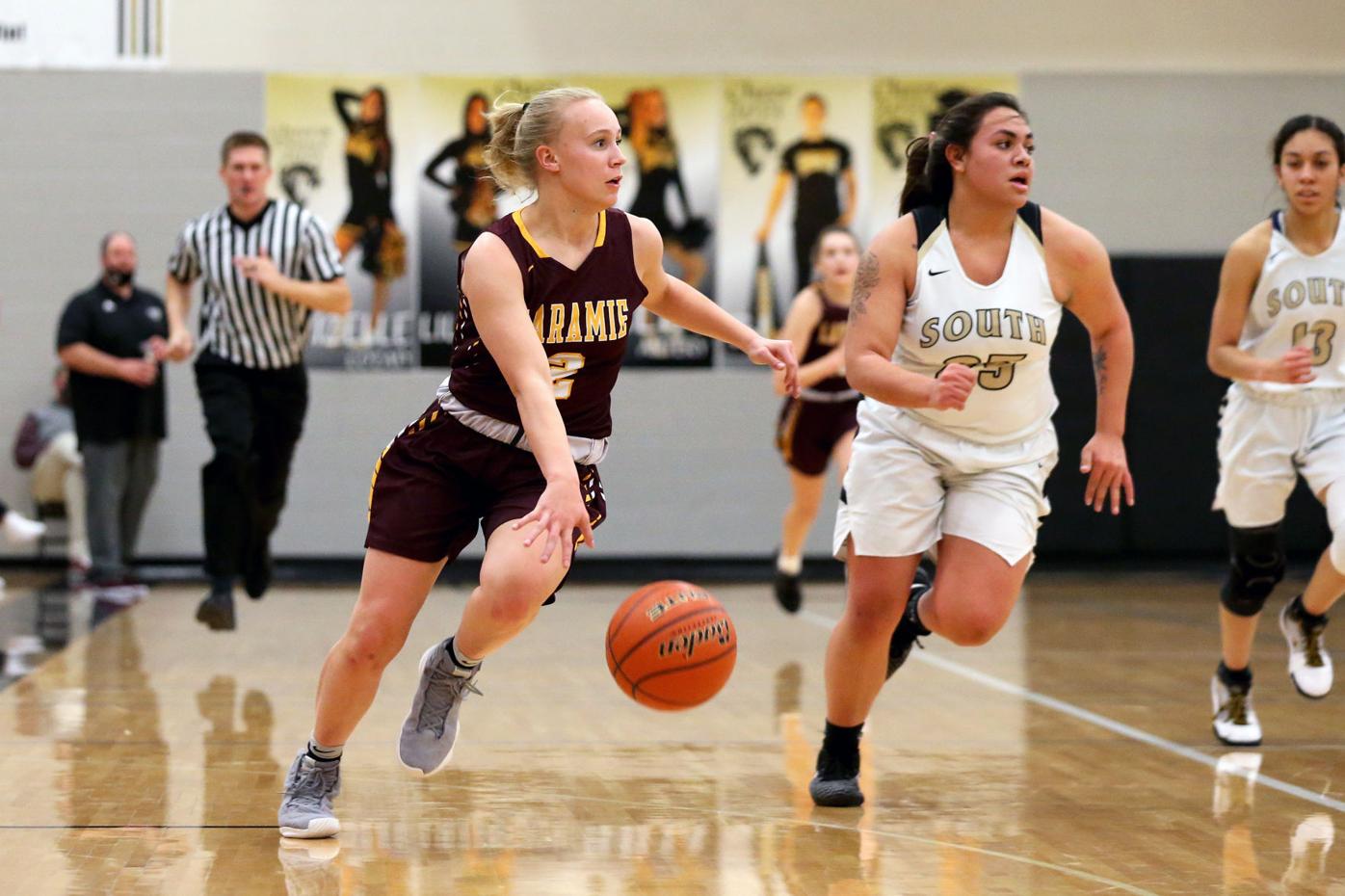 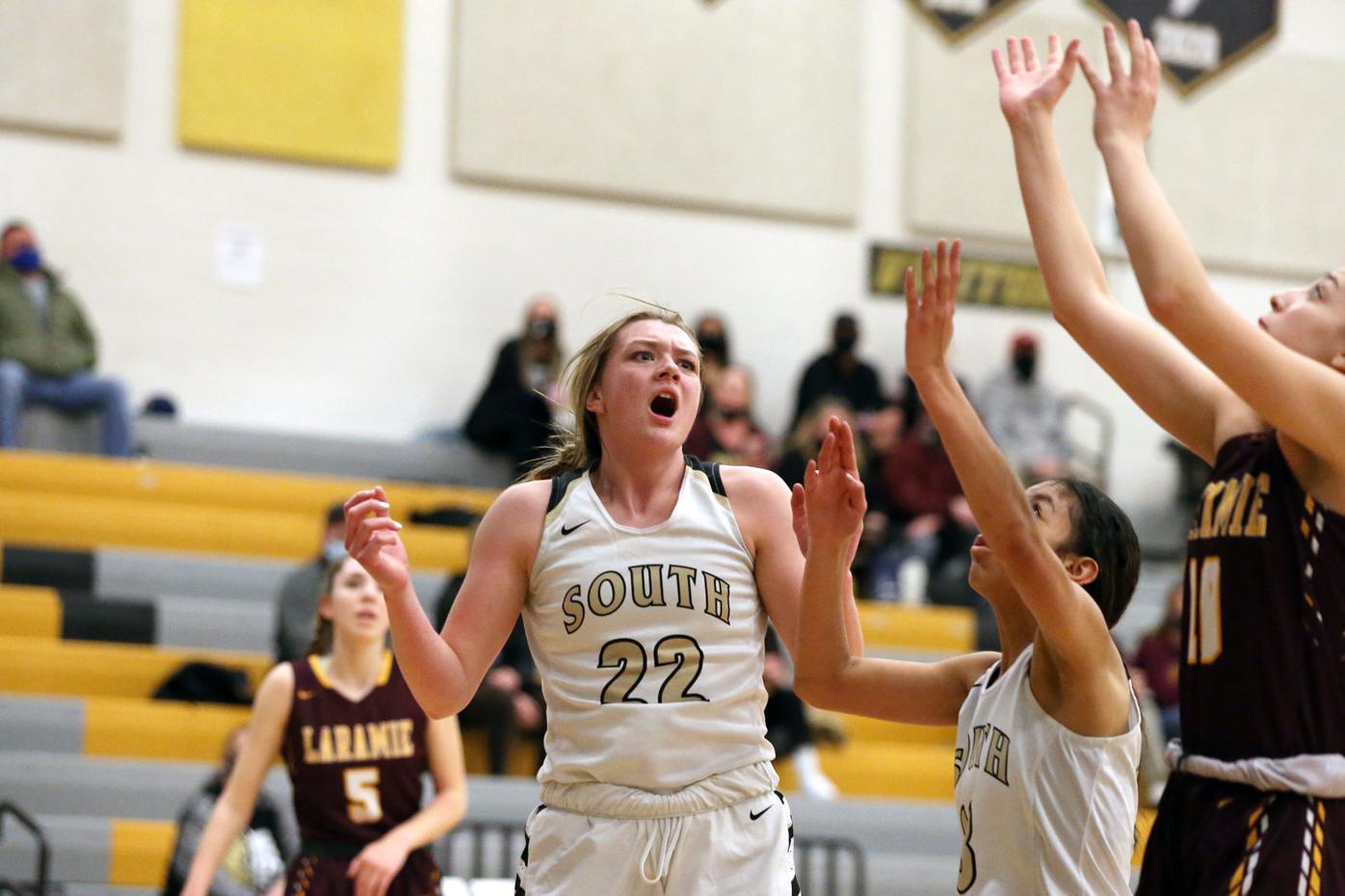 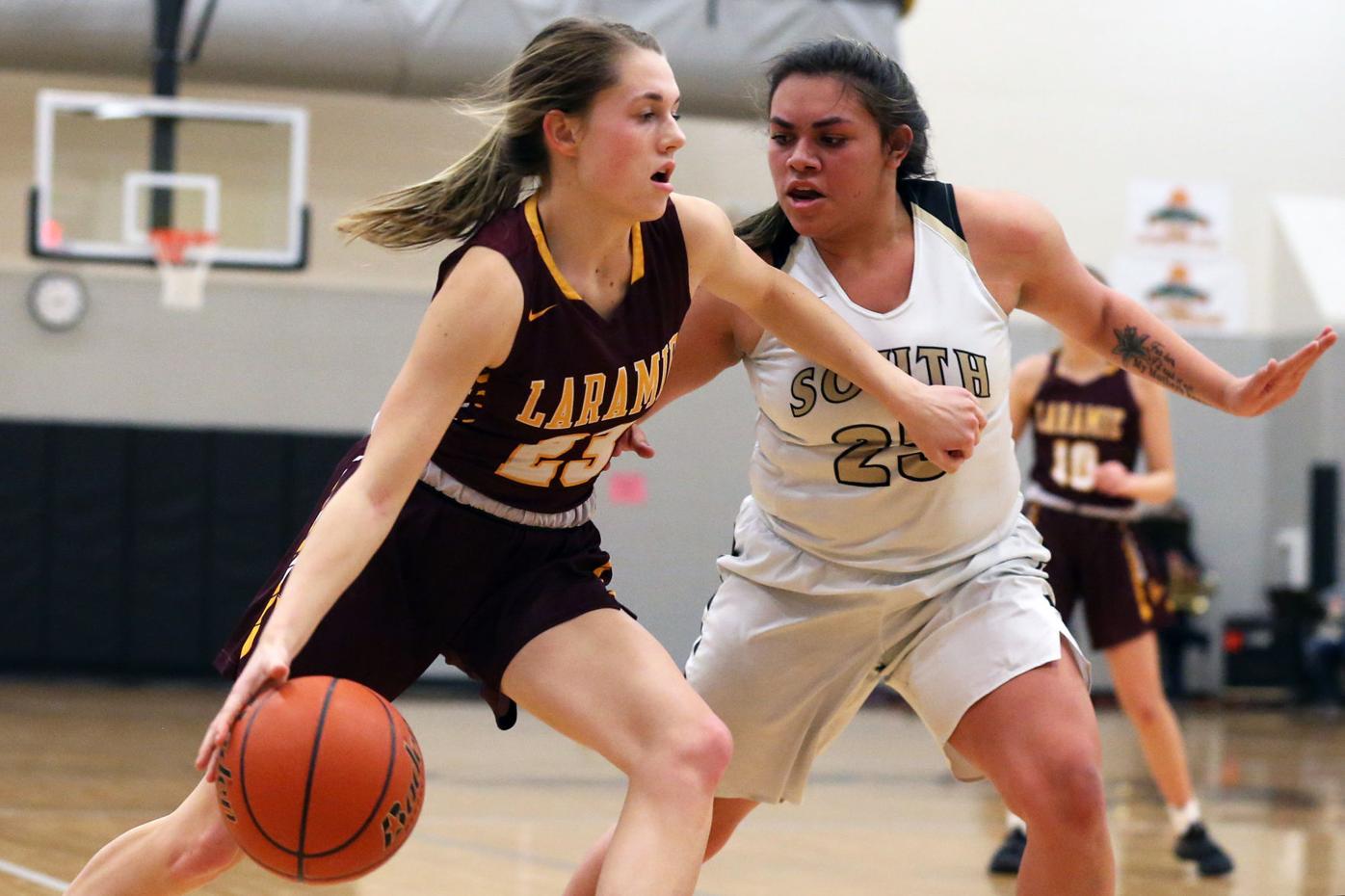 The Lady Bison flustered Laramie early and often on their way to a 55-43 victory.

“We had a tough road trip in Gillette, and Monday was not a good practice,” South coach Chad DeBruyn said. “For them to come out and hammer a quadrant team after a tough road trip, that shows some toughness.”

South (5-8 overall, 1-2 Class 4A Southeast Quadrant) opened the game by going on a 9-2 run, holding that advantage midway through the first period. The pressure continued to bother the Lady Plainsmen and they only managed to put six first-quarter points on the board.

The Bison carried that early momentum into the second frame and Calysta Martinez gave South a 29-12 lead with a 3-pointer from the wing with just over 3 minutes to play in the first half when Kylee Cox responded with a 3 from Laramie.

“We’re still figuring out how to play with the players we have,” Laramie coach Nick Draling said. “Our chemistry is a little out of whack and coming out of our two week break we haven’t hit our stride in anyway offensively.”

Martinez snagged finished at the rim after snagging an offensive rebound following a missed free throw from Andraya Dimas to give South a 42-23 lead with 5 minutes, 42 seconds remaining in the third. The Lady Plainsmen went scoreless over the following three minutes before Ruby Dorrell knocked down a free throw – which was Laramie’s lone point of the third period.

“We wanted to slow them down with our half-court pressure and make them think a little more than they’d like to,” DeBruyn said. “And I thought it was pretty effective.”

Riley VanTassell was able to give South a 46-24 South lead with just under a minute to play in the third period and one more bucket put South ahead 48-24 heading into the final period.

Laramie’s Ondra Watson grabbed an offensive rebound off a missed free throw from Janey Adair, got fouled and made her two free throws to cut South’s lead to 50-28, but the Bison continued with its pressure and secured its first conference win of the season.

It was refreshing for South to get a win, snapping a six-game losing streak.

“For our psyche and everything, we really needed this,” DeBruyn said. “It doesn’t get any easier from here on out, but these kids will battle.”