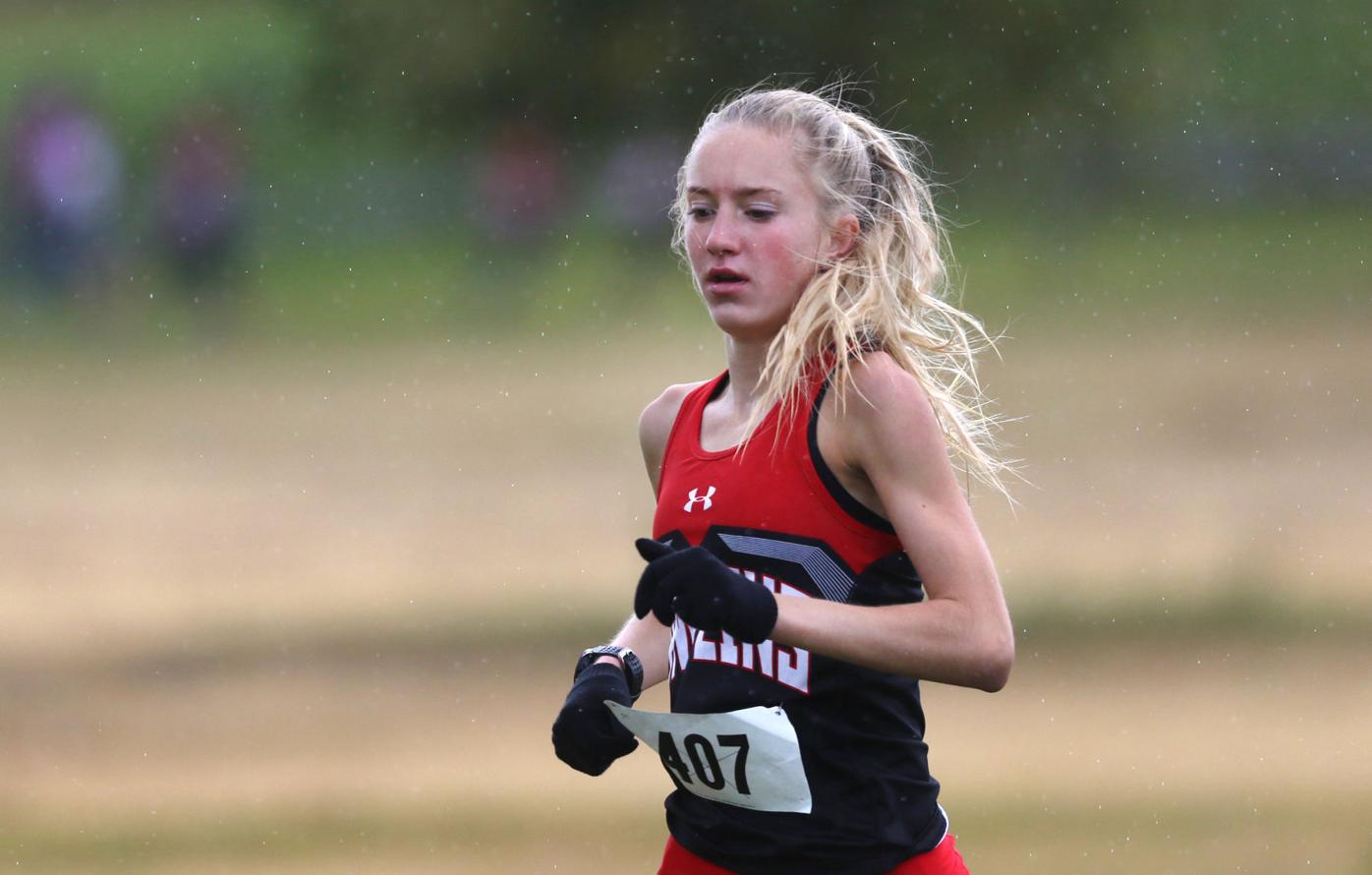 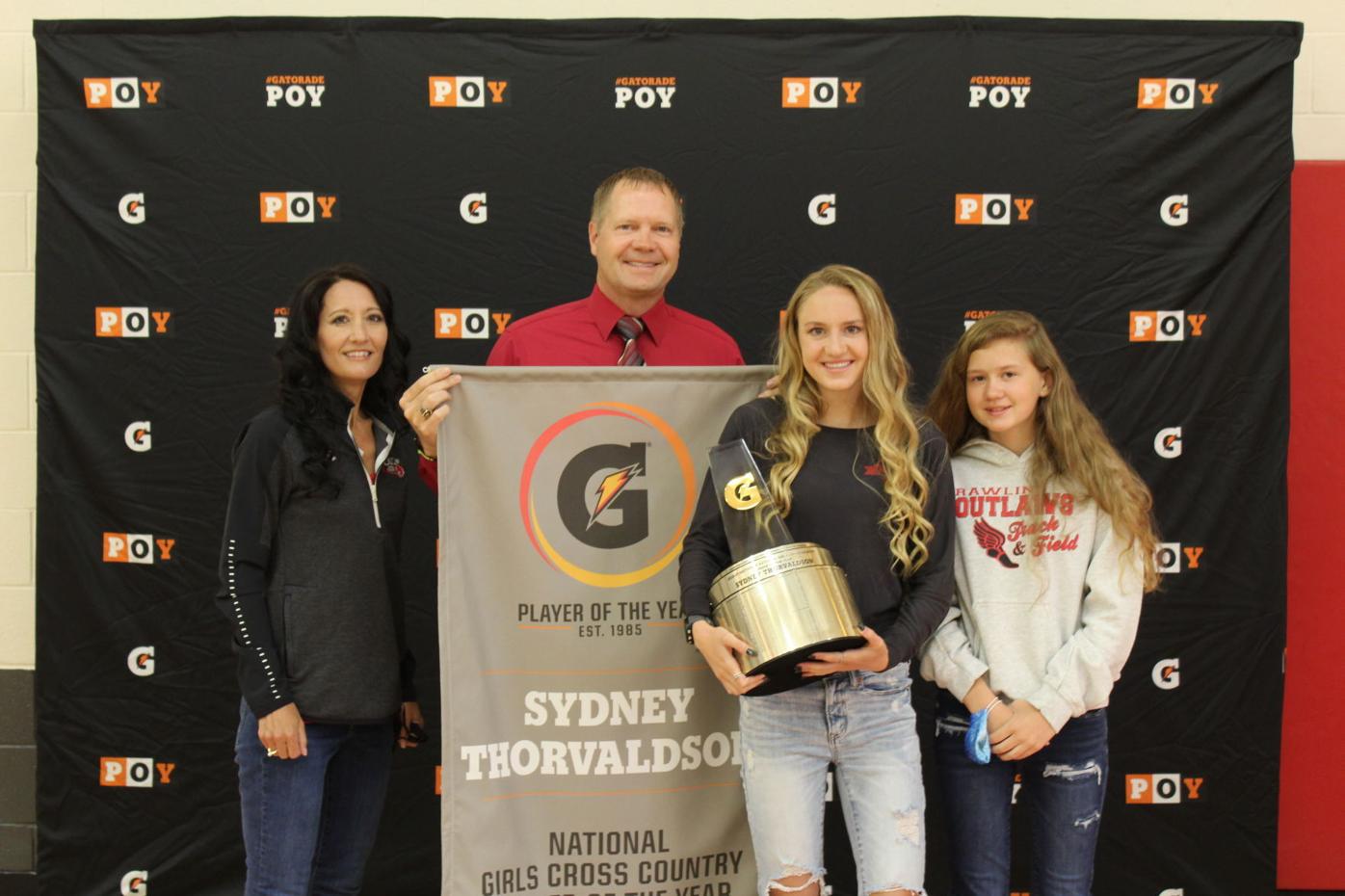 Just when it looked like Rawlins senior Sydney Thorvaldson might be finished racking up high school running accolades, she did what she always does and left her family, friends and admirers completely speechless.

Thorvaldson’s accomplishments often speak for themselves. She has become a household name in Rawlins and across the national running community. What isn’t always touted is her involvement in her community and strong character outside of running

Both were also taken into account by the selection committee as they considered her for this prestigious award, Gatorade senior vice president and general manager Brett O’Brien said in a news release.

“Sydney is one of the best high school athletes in the country, but she also performs admirably in the classroom and the community,” he said. “This award is about celebrating the whole student-athlete for who they are, and we look forward to seeing Sydney’s continued success in and out of sports.”

In addition to being arguably the most decorated high school athlete in the history of Wyoming, Thorvaldson is a member of the National Honor Society, donates the time she doesn’t spend training to her community and is a teacher’s aid at her high school. She has maintained a 4.0 grade-point average throughout high school, proving to any doubters that it is possible to be accomplished in both academics and athletics.

Always humble and often guilty of downplaying the impressiveness of all she has accomplished, Thorvaldson was clearly surprised to find out she’d been selected as this year’s recipient. In fact, the runner was moved to tears and seemed to be in shock as friends and family rallied around her.

“I don’t think I’ve fully accepted it yet,” she said shortly after the initial announcement. “It’s been a roller coaster of emotions, but I’m honored. It was crazy, raw emotion, I really didn’t expect it, not right then. It was the best surprise I’ve ever had.”

That surprise was one her mother, Wendy, found nearly impossible to keep. A handful of people closest to the situation, including Wendy and Kris, Sydney’s father, had to keep the news under wraps for a few days. Therefore, when it came time to present the trophy to Thorvaldson, it seemed fitting Wendy was the one to do it.

“Even just picking up that trophy I got teary,” Wendy said. “There’s so much history, just the names on that trophy. It was very special and very neat, she was even a little emotional. It was so hard to keep it from her.

“Coordinating with the school and with Kris was so challenging because we had to make sure we had the same story. But she said she really didn’t see it coming, so it was worth it. When you hear something like that, you want to tell the world. It was so hard to keep it to myself.”

For all the time she’s spent running the hills of Rawlins, the thousands of miles traveled to compete against the best in the country and all the work in the classroom and community, Thorvaldson’s designation as the Gatorade national girls cross-country athlete of the year is a fitting end to the high school chapter of her career in running. She, of course, is not finished. The Outlaws runner is preparing to compete for the University of Arkansas starting this fall.

While Thorvaldson prepares to make her mark on collegiate running and eventually moves on from Wyoming and from Rawlins, a banner that can’t be found in any other gym in the state will be proudly displayed at RHS and will have her name on it. That banner will commemorate a legacy well earned and well deserved.

Future Wyoming athletes no longer have to wonder if they are worthy or if they have the ability to achieve success coming from a state that is often overlooked or disregarded. Thorvaldson paved that path for them.

She went from believing she would run JV in her first high school meet to being crowned the best of the best. Perhaps the harsh conditions, the high elevation and the sheer challenge of living in Rawlins played at least some part in helping her reach the heights she has so far. Time will tell, and the entire Rawlins community will be anxiously waiting to see what she does next.