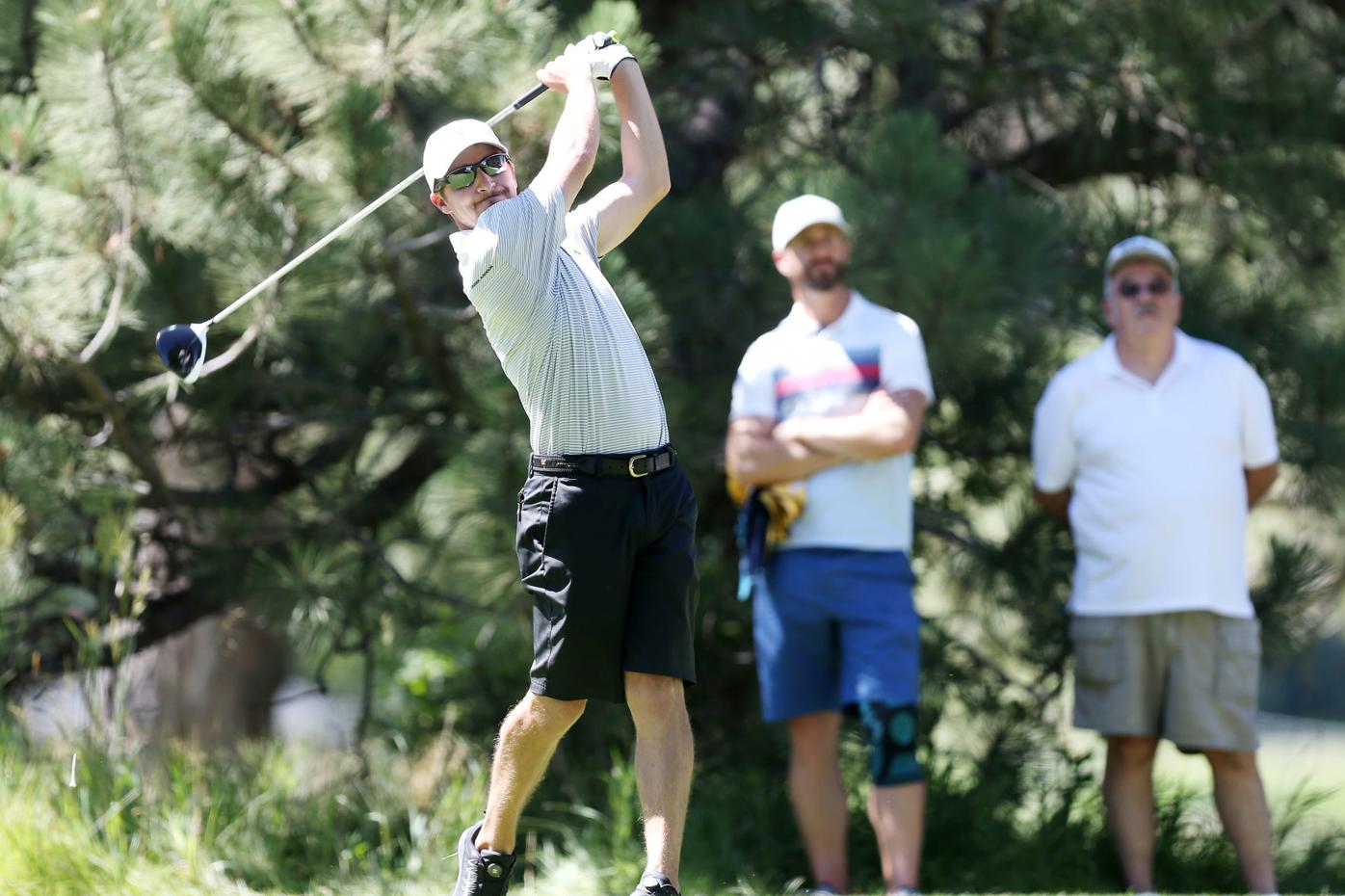 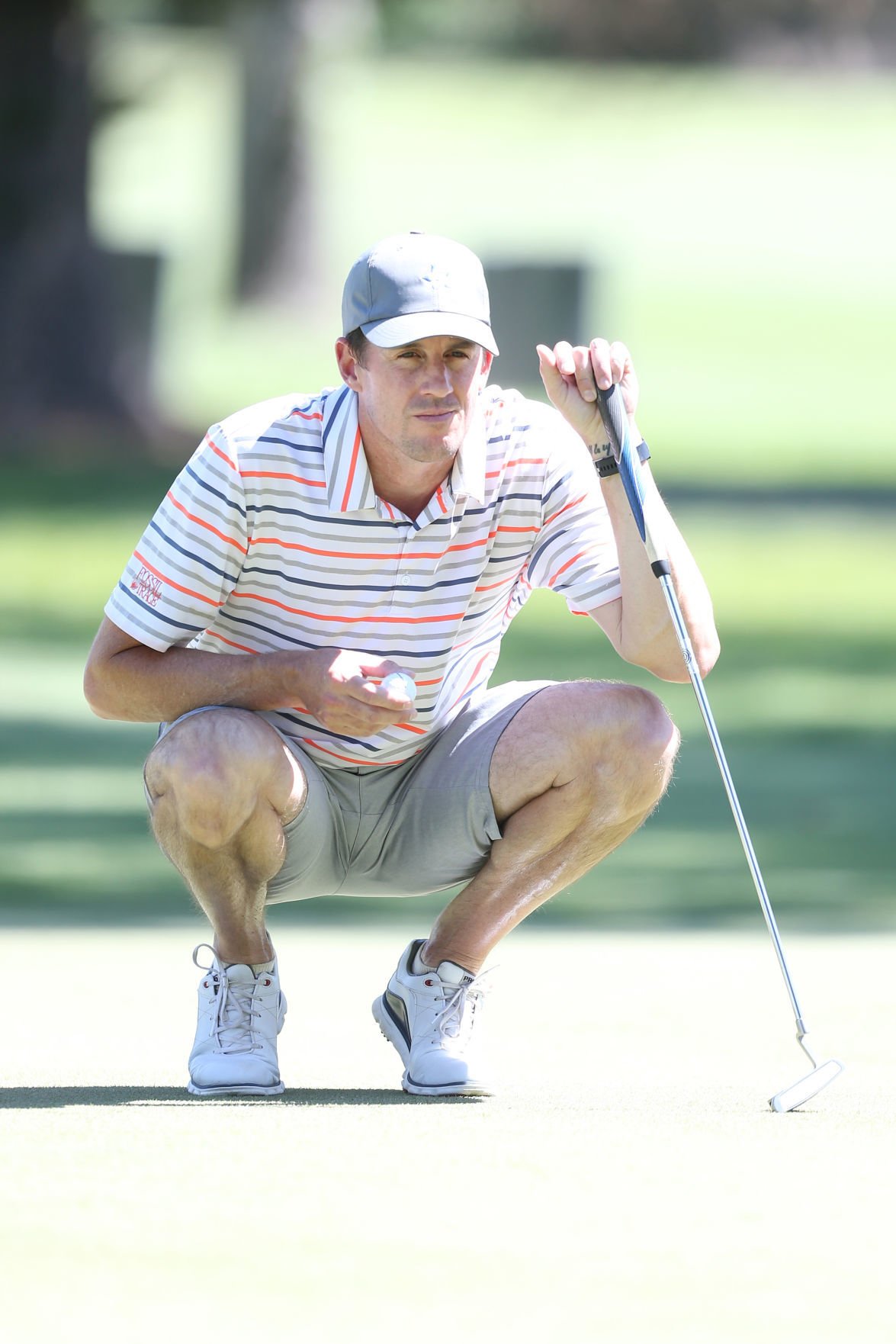 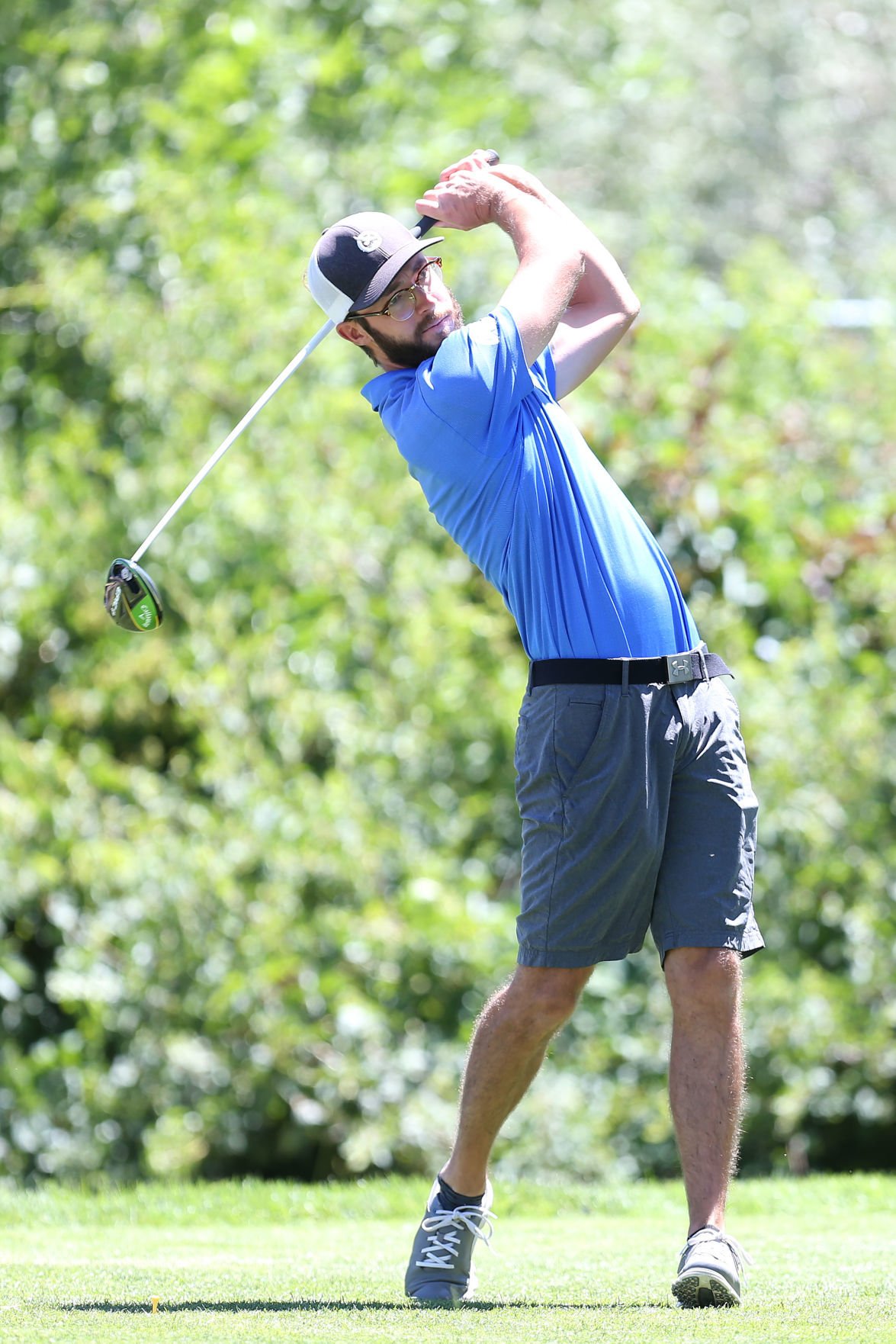 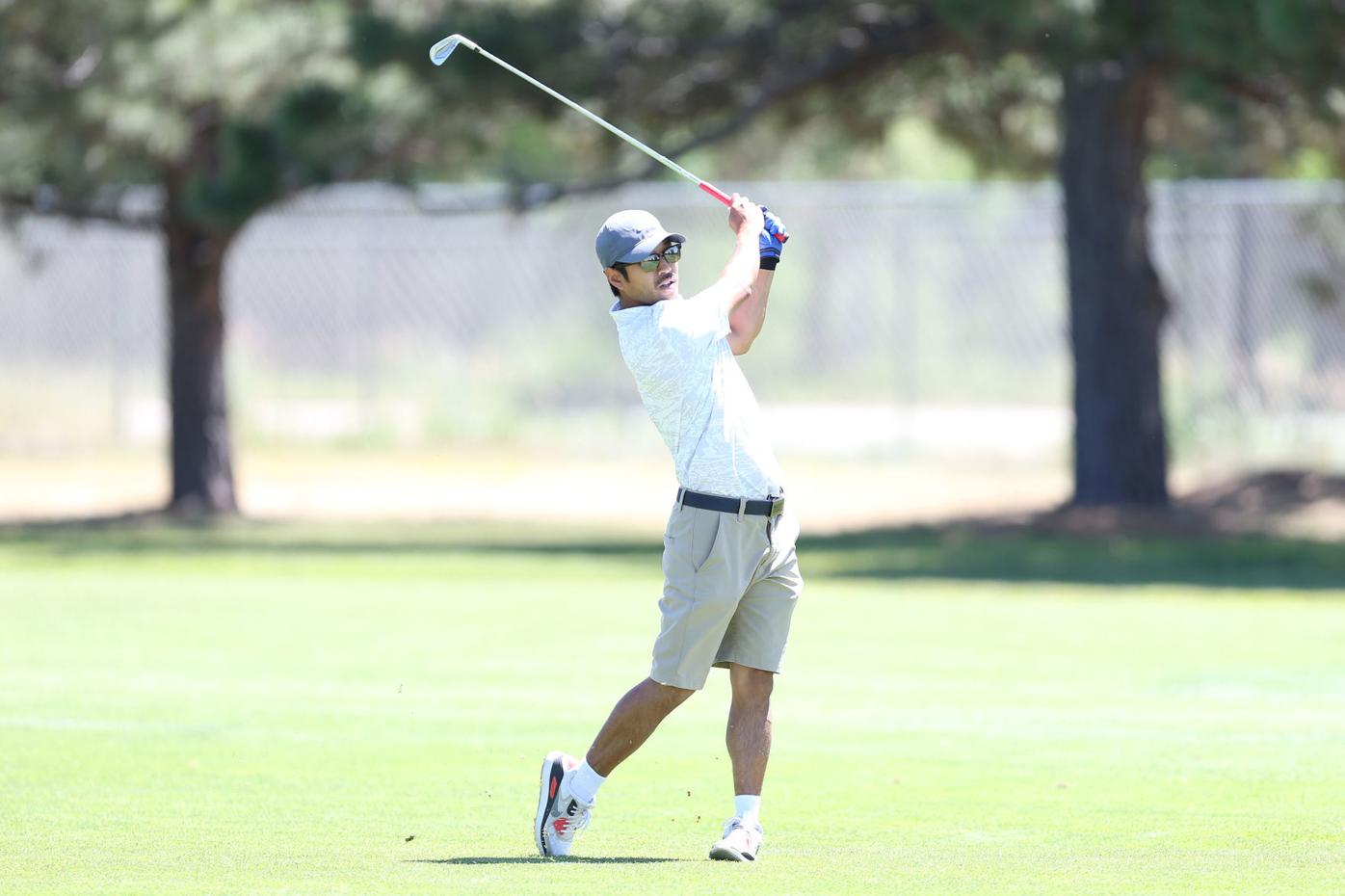 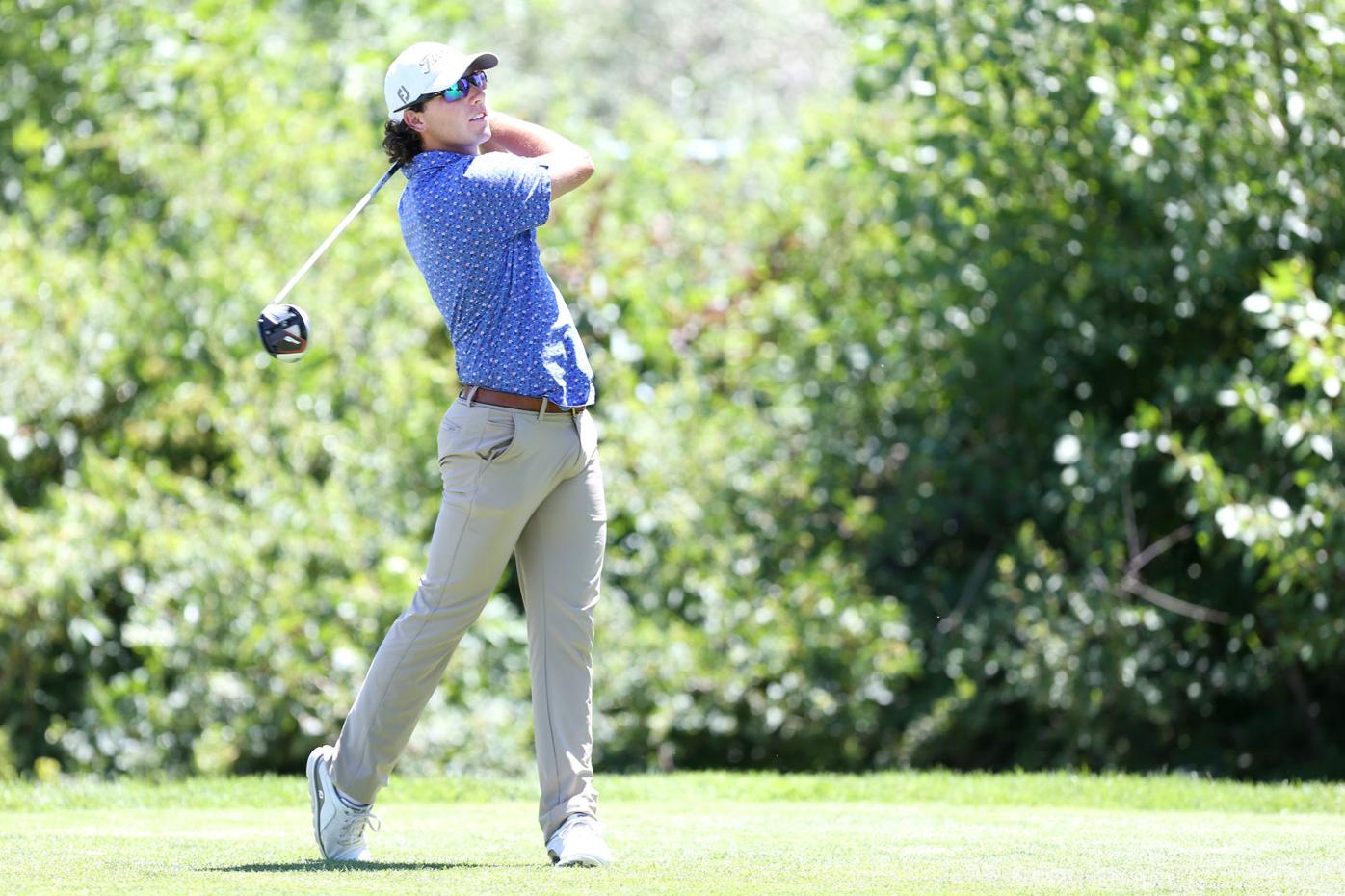 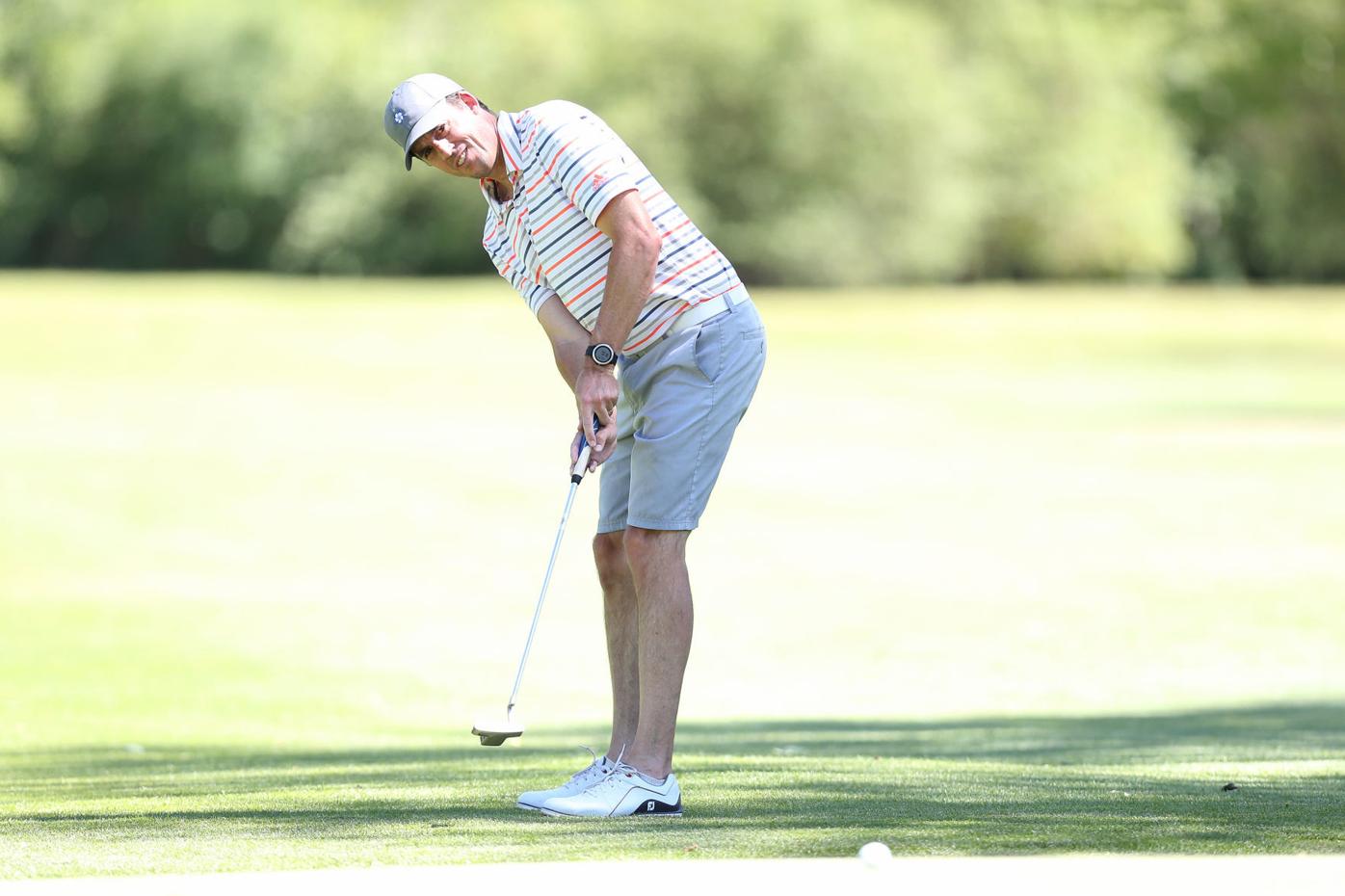 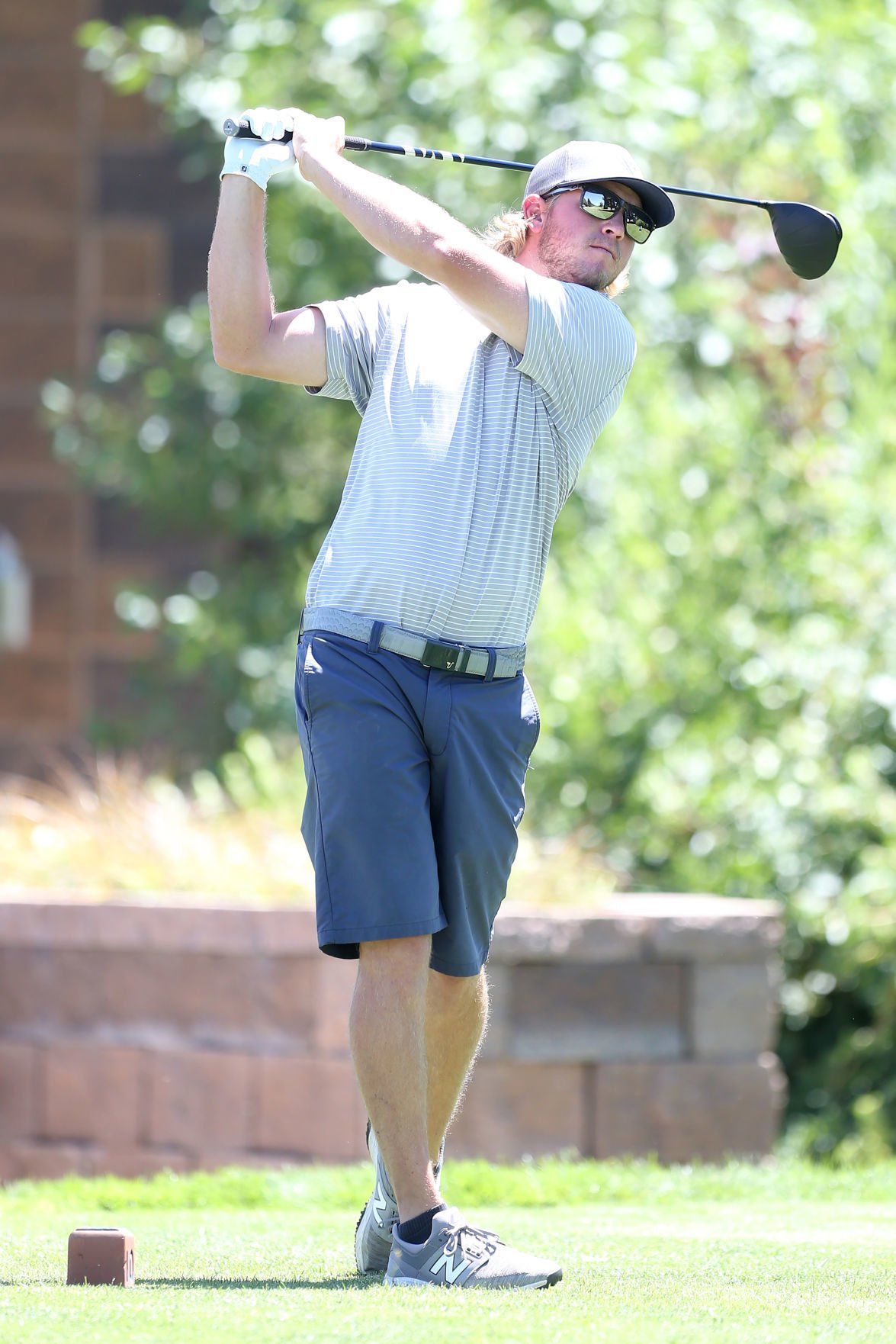 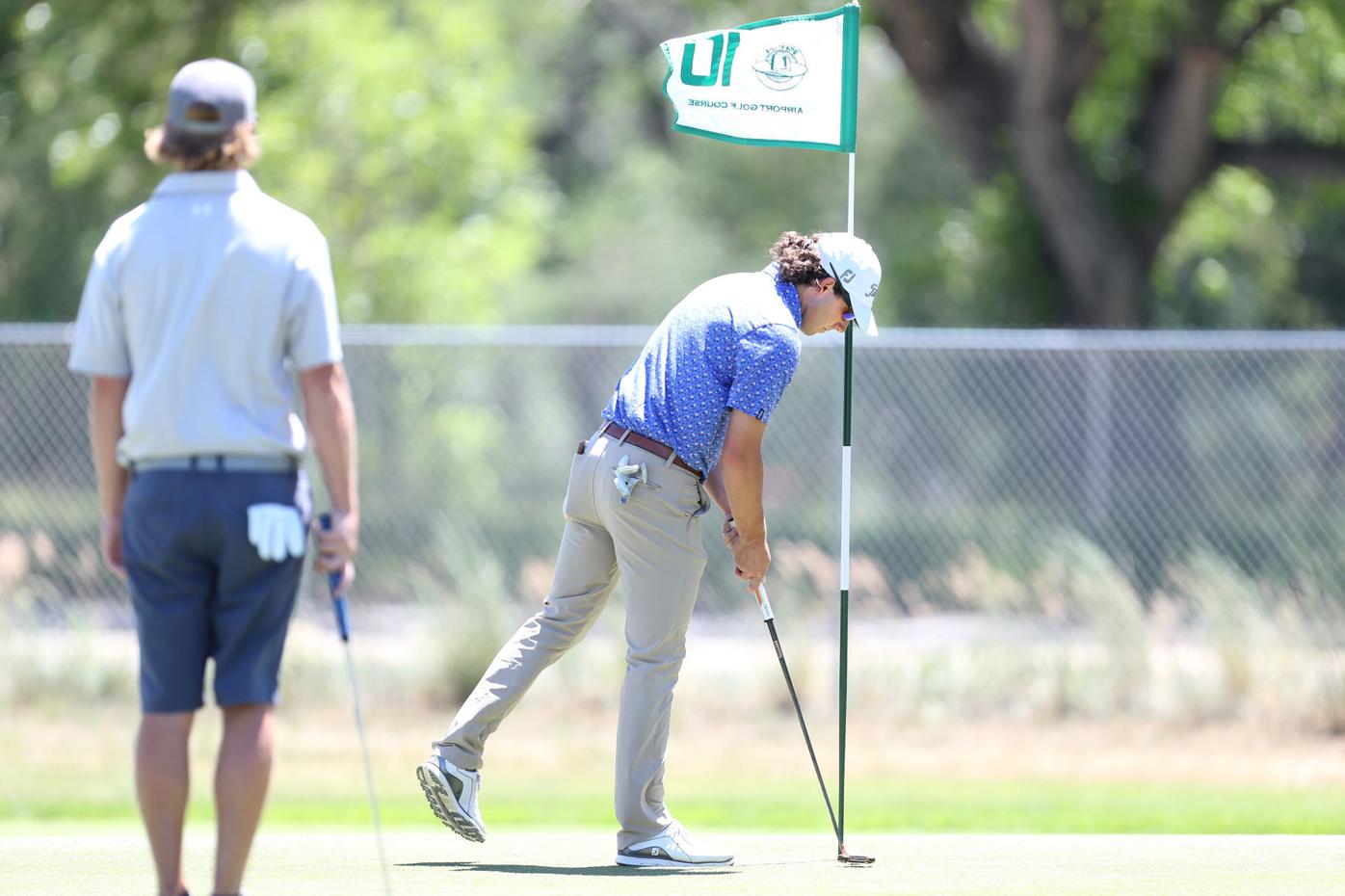 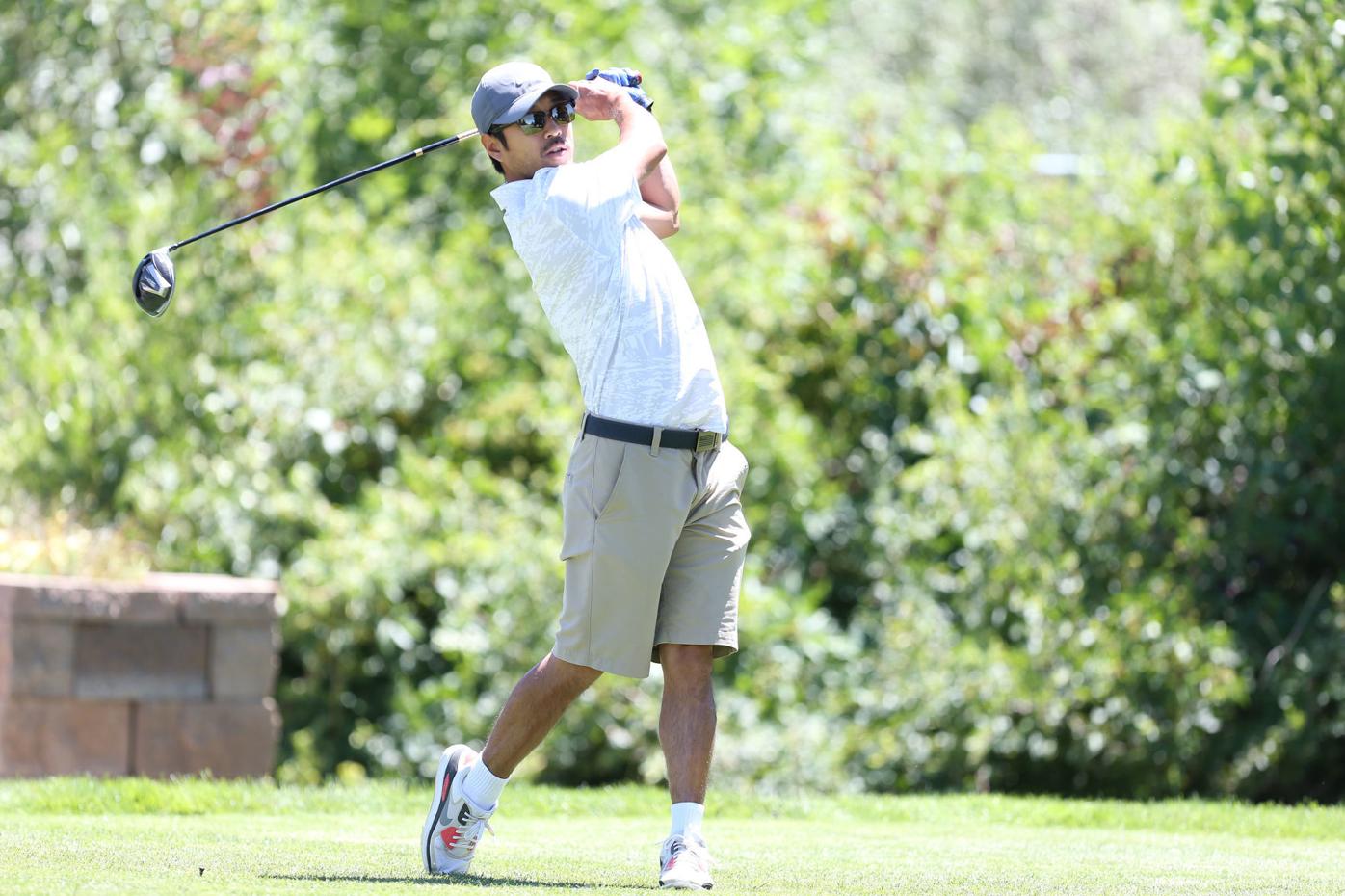 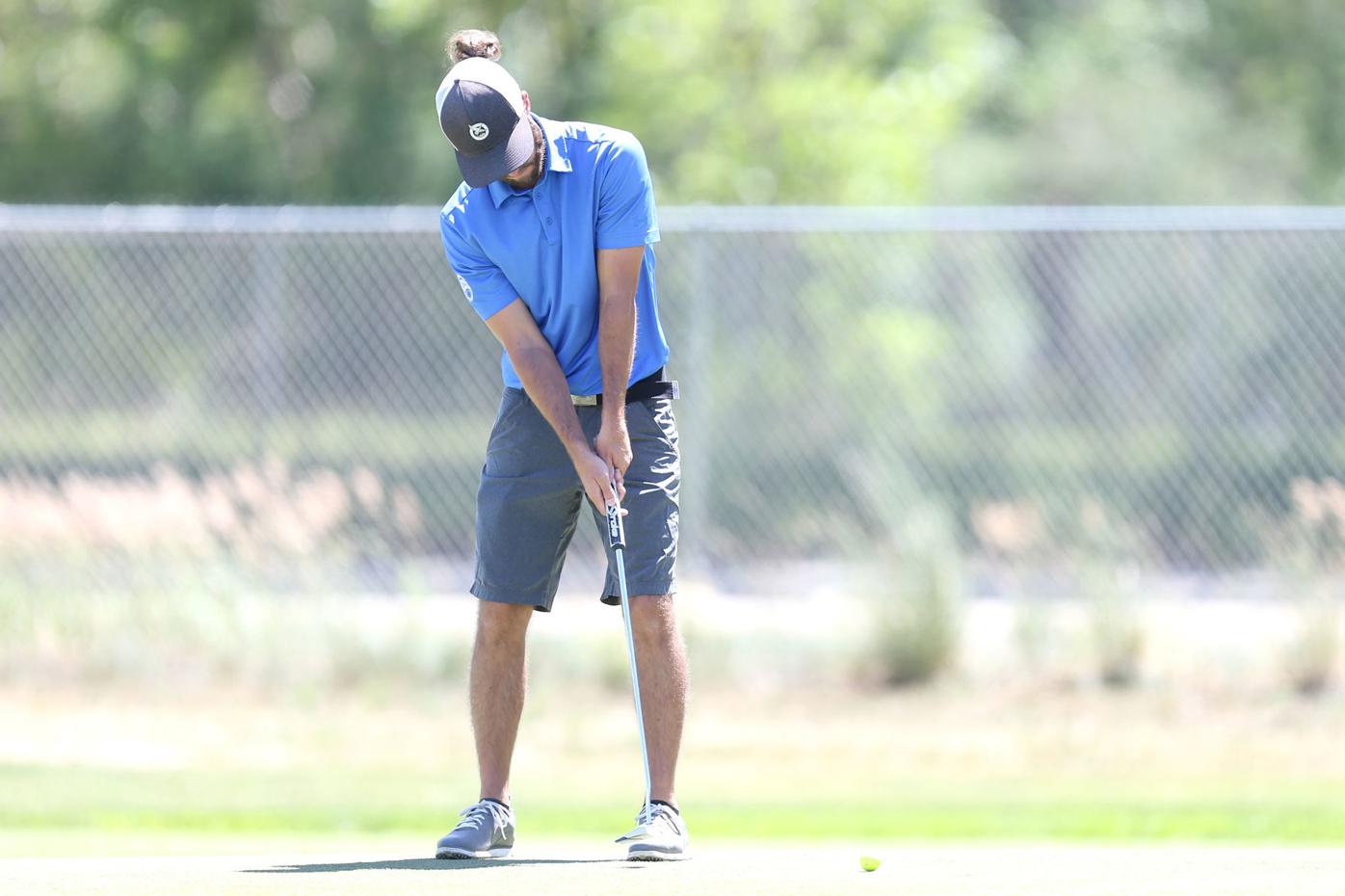 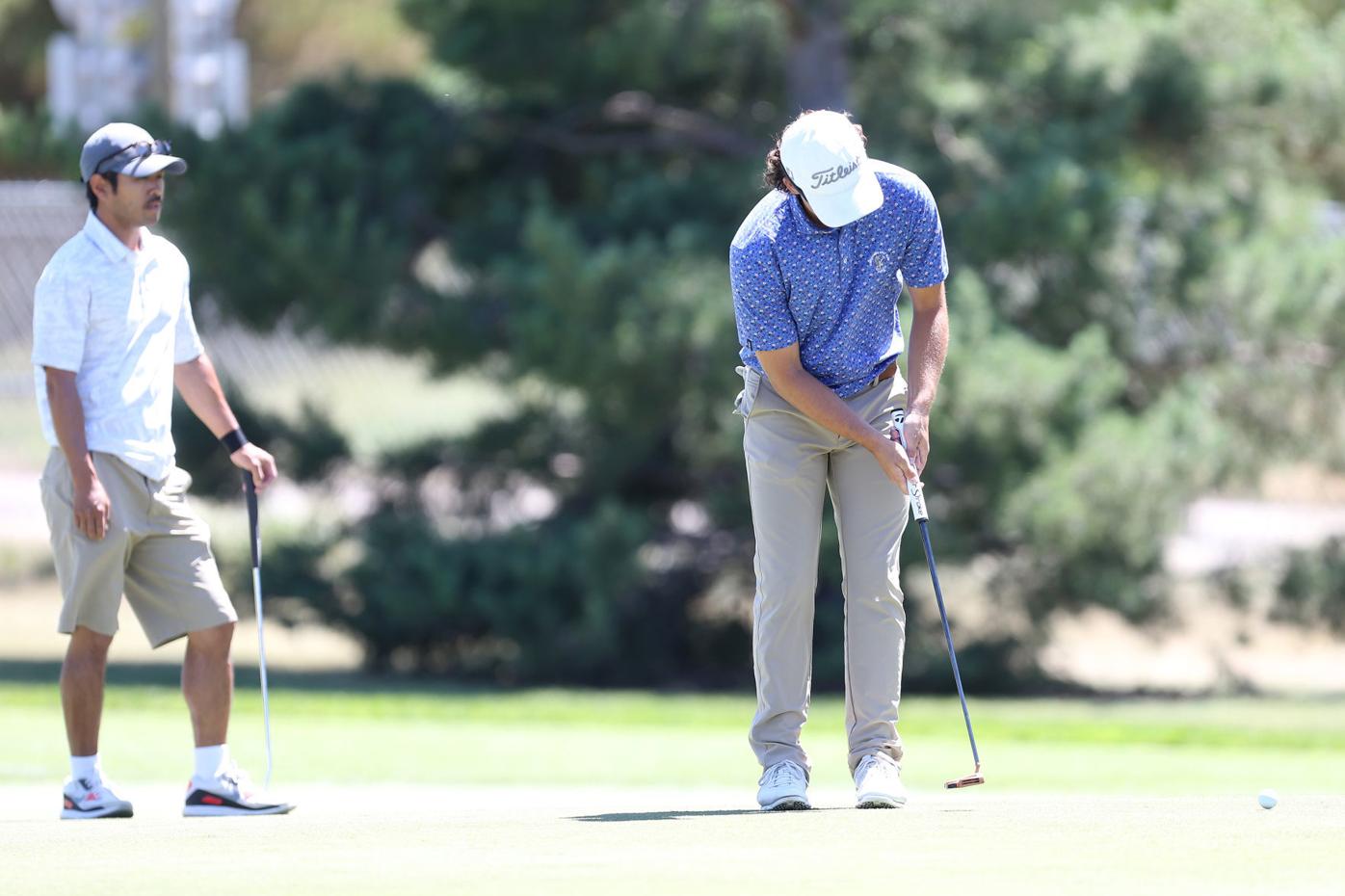 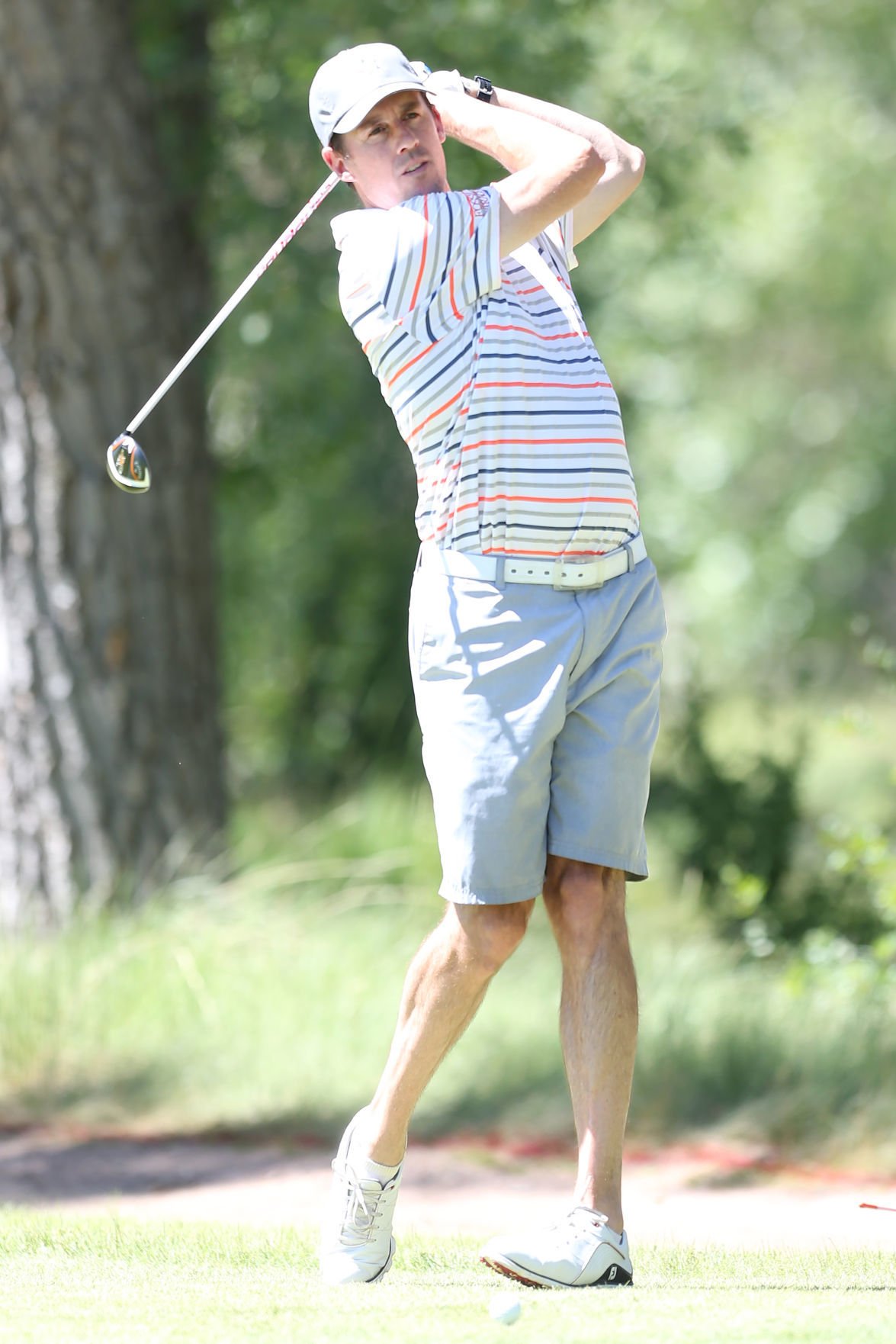 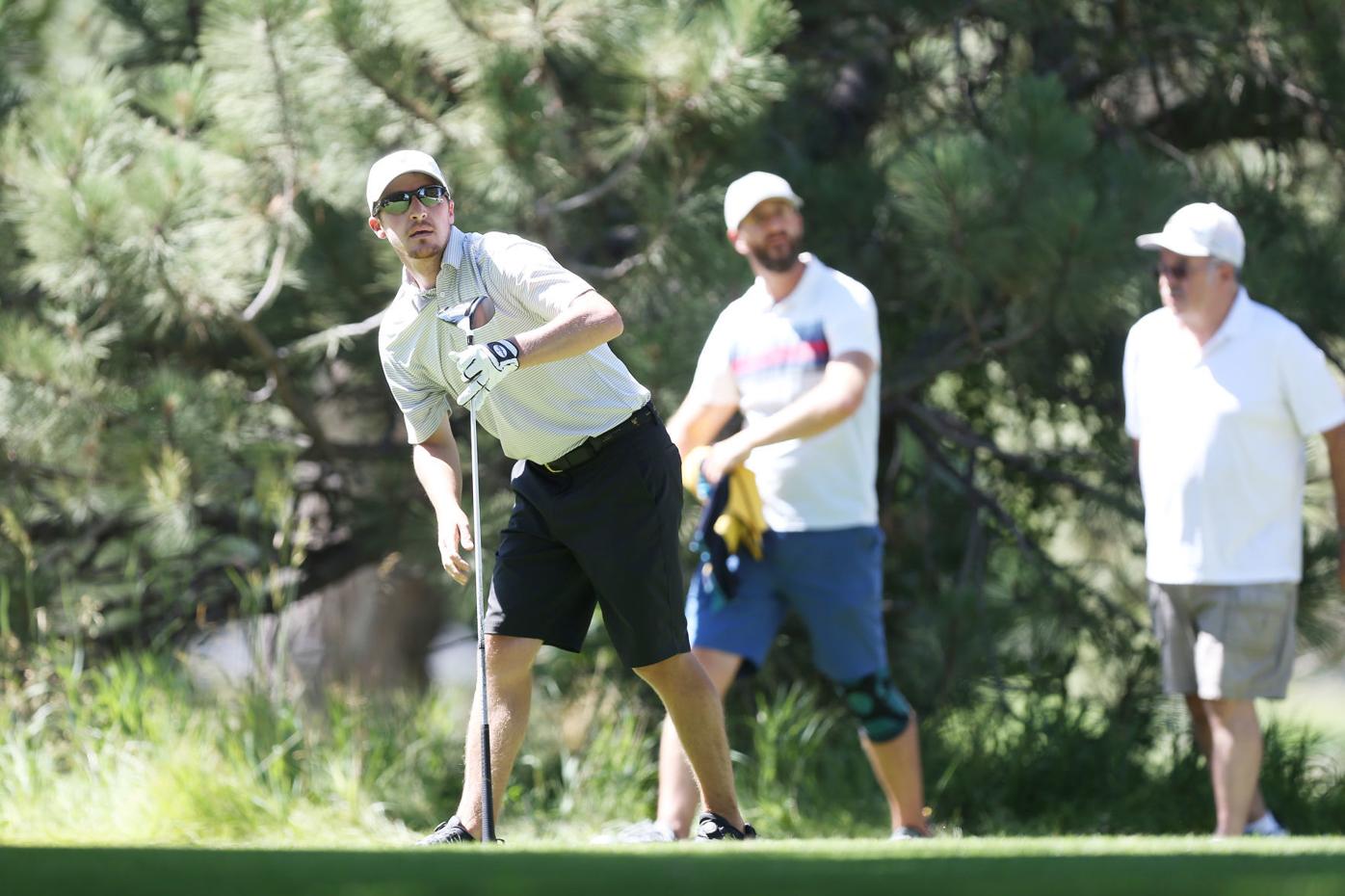 CHEYENNE – Coby Welch couldn’t tell you the last time he played a bogey-free round of golf.

“It’s been a couple years at least,” the 22-year-old said while shaking his head. “It seems like I always have to have at least one bogey in there.”

Welch picked a good time to stay at par or better.

The 6-under-par 64 he carded Friday at the Airport Golf Club leads the 64th Tyrrell Wyoming State Open by one stroke heading into today’s second round. There are five players tied for second at 5-under 65.

Welch – who played his college golf at the University of Northern Colorado – netted birdies six of his first 11 holes. He made the turn at 4-under 30.

“I putted really well (Friday), and didn’t have any three-putts,” Welch said. “I didn’t make anything outside of 12 feet. On the front, a lot of the holes are driveable. I left it just short of the green, chipped it on, and gave myself a birdie putt.

“It was pretty tough out there because of the wind, but I stayed patient the entire round.”

Welch was one of the final four groups to tee off Friday. By then, hundreds of other golfers had walked the greens leaving them spike-marked and bumpy.

“That’s to be expected with such a late tee time, but I still was able to make a lot of putts,” he said.

Shane Bertsch is in a five-way tie for second after a 5-under 65. The Parker, Colorado, resident said advice from 2015 Wyoming Open champion Nick Mason helped throughout his round.

“I was out walking the course (Thursday night), and he started texting me some things he likes to do off the tees here,” Bertsch said. “He told me what holes I could go ahead and let it rip, so I hit driver on No. 1, 2, 5 and 6. Five and 6 didn’t look like driver holes to me, but I followed what he said and birdied one of them.

“He told me not to hit a driver on 18, but I couldn’t resist the temptation and had to scramble to make par. I had just three-putted and bogeyed 17, so I’m glad I could scramble for par on 18 after not listening to (Mason).”

Bertsch carded seven birdies and two bogeys during the first round. He turned 50 in March, and qualified for the Champions Tour. This is Bertsch’s first tournament of the year. The COVID-19 pandemic and arthroscopic surgery to repair the meniscus in his left knee have kept him from playing competitively until this weekend.

“I am just starting to play again, and I’m trying to get some tournament rounds under my belt before the (Champions Tour) tournaments start at the end of July,” Bertsch said. “I almost withdrew from this tournament, but my knee was feeling pretty good. This is the best my knee has felt in a long time, the trick is going to be getting it feeling good for my early tee time for the second round.”

Sean Carlon turned professional last year, and is only getting started on his professional golf journey. The Albuquerque, New Mexico, resident entered the Wyoming Open after realizing Cheyenne was a 7½-hour drive up Interstate 25.

The 23-year-old’s first round at Airport Golf Course was a good one, as he carded six birdies and a bogey to finish at 5-under 65.

“The wind was blowing really hard, so it was important to be really smart with your shots,” Carlon said. “Some of those pins were a little dicey. If you went of the green on some of those back pins, you were hosed.

“I did a good job of controlling my wedges, my yardages and giving myself as many looks at birdie as I could.”

Patrick Stolpe scored birdies on four of his first five holes and finished with a 65. His round included a pair of 20-foot birdie putts. Stople started his day on the back nine, and posted four birdies on his first six holes. His score could have been even better, but he bogeyed the par-4 Holes No. 11 and 15. Stolpe rebounded with three birdies on the front nine.

“I played hear last year, and learned you could really bomb it on the back nine,” said Stolpe, who finished seventh at the Wyoming Open in 2019. “On the front nine, you have to be more strategic, put it in the right spots and stay out of trouble.”

Noah Hofman of McCook, Nebraska, and Julian Taylor of Kansas City, Missouri, are also tied for second at 5-under. Hofman had seven birdies and two bogeys. Four of the birdies came on the back nine. Taylor birdied seven of the first nine holes, and was at 9-under through 15. He triple-bogeyed the par-4 Hole No. 16, and followed with a bogey on the par-3 Hole No. 17.

The second round continues today starting at 7:30 a.m.