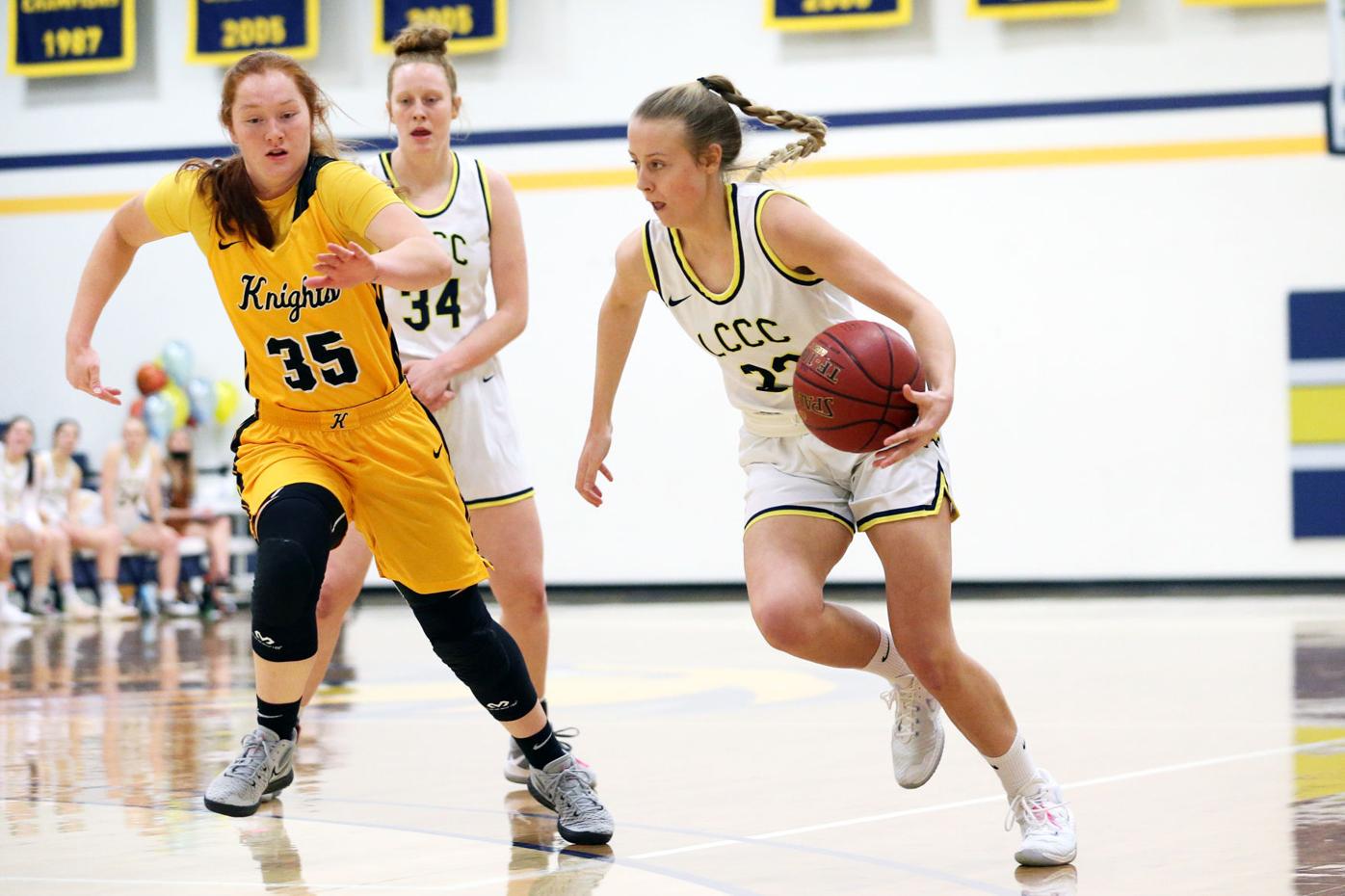 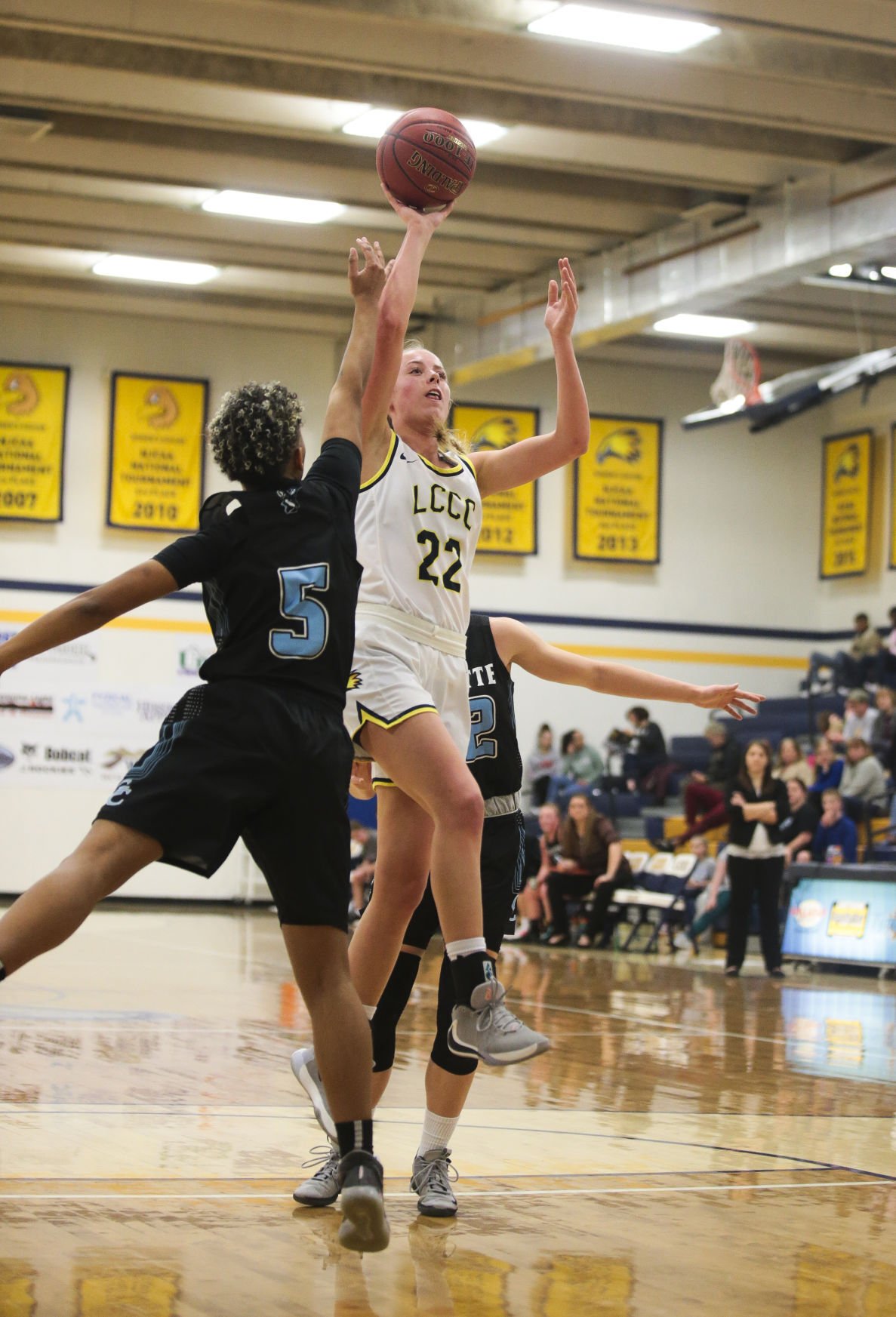 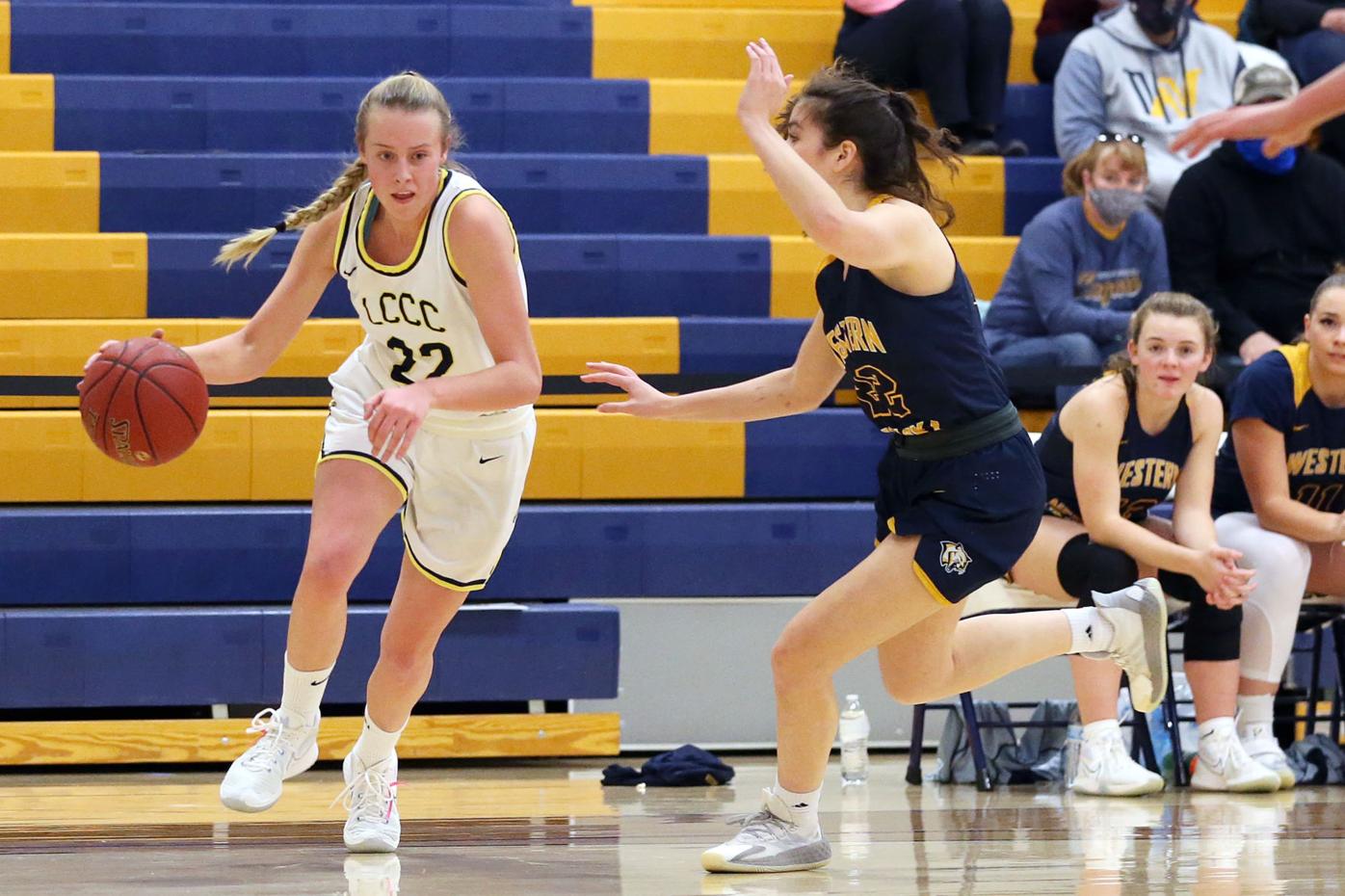 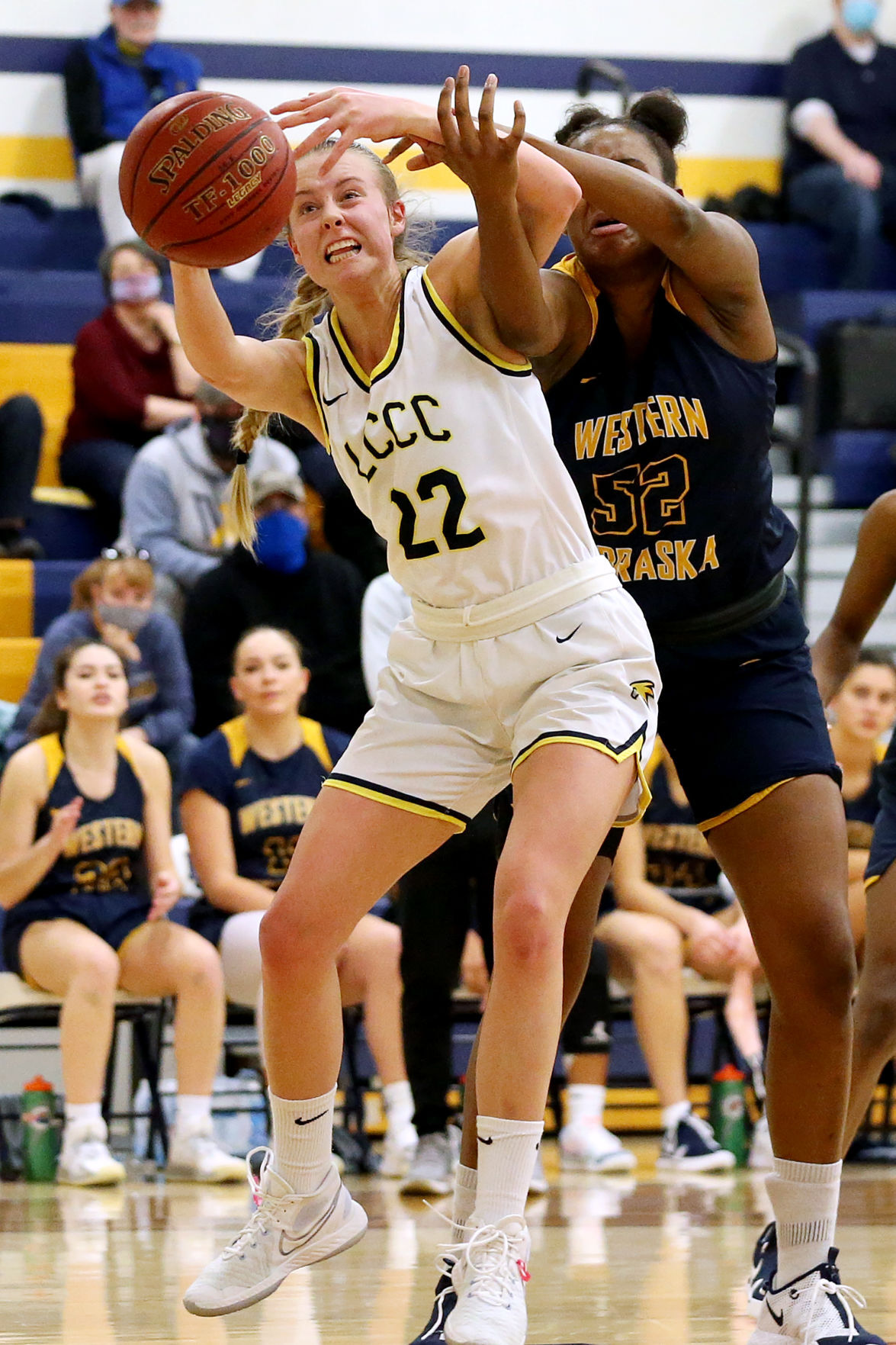 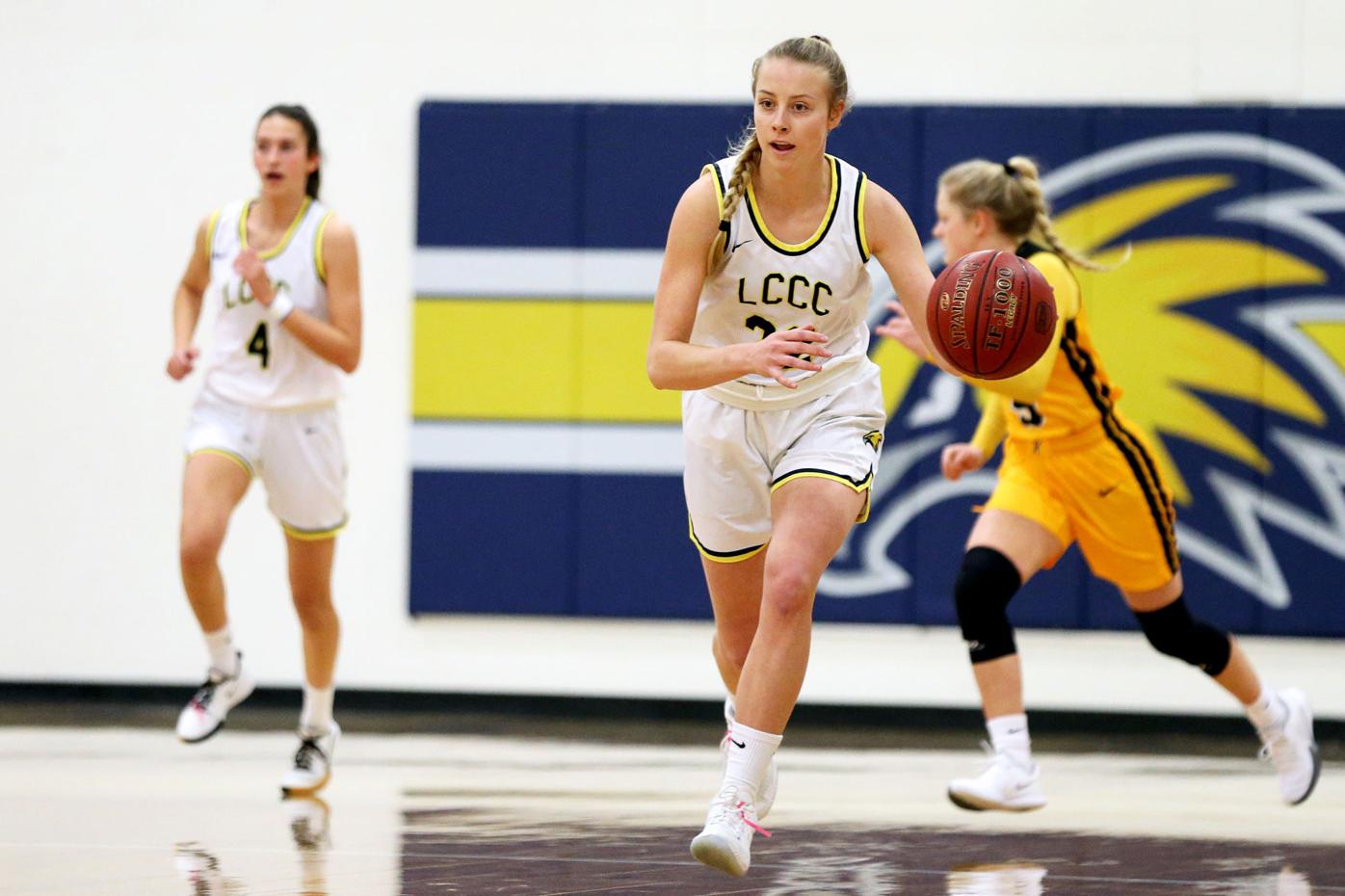 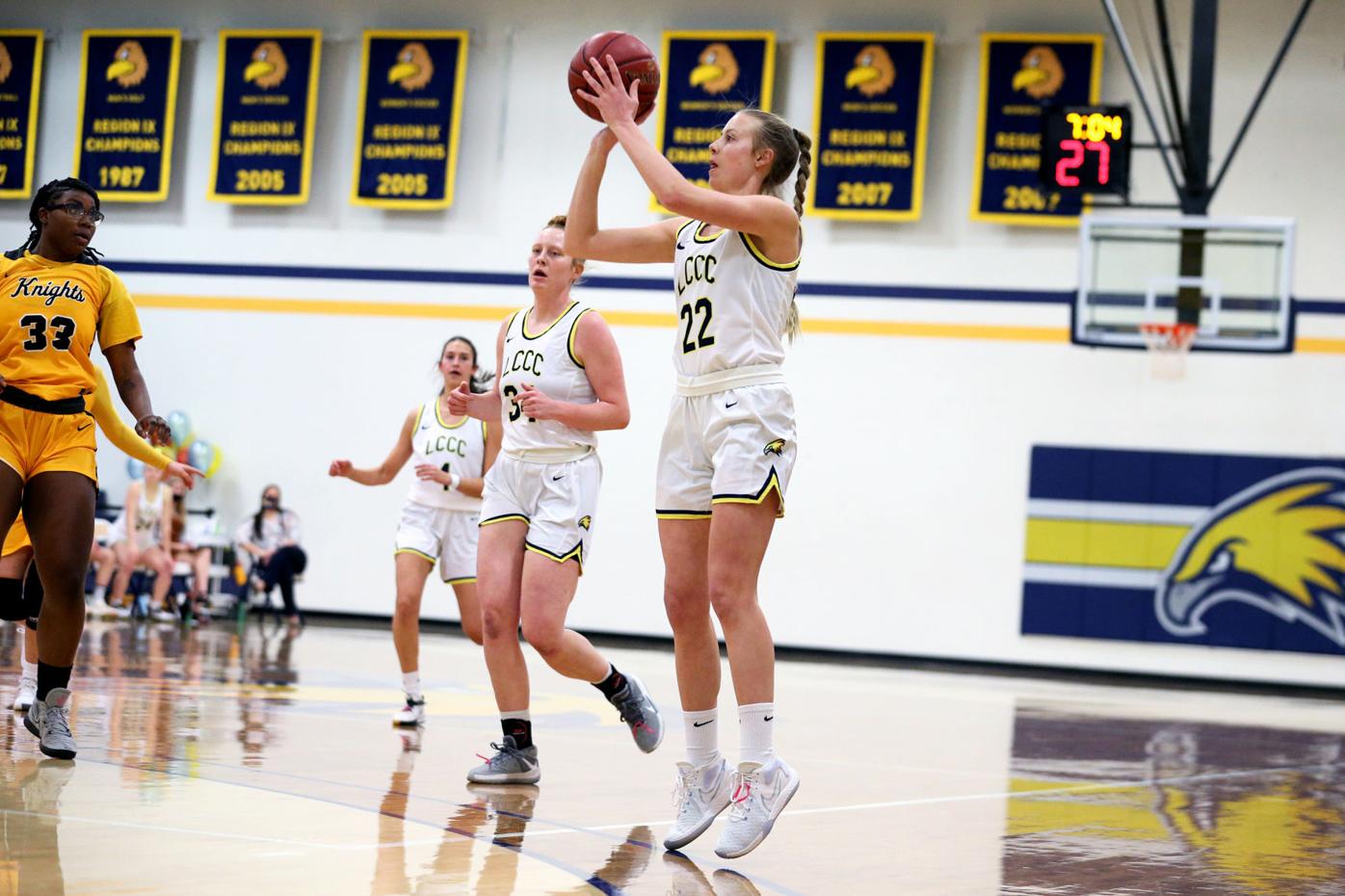 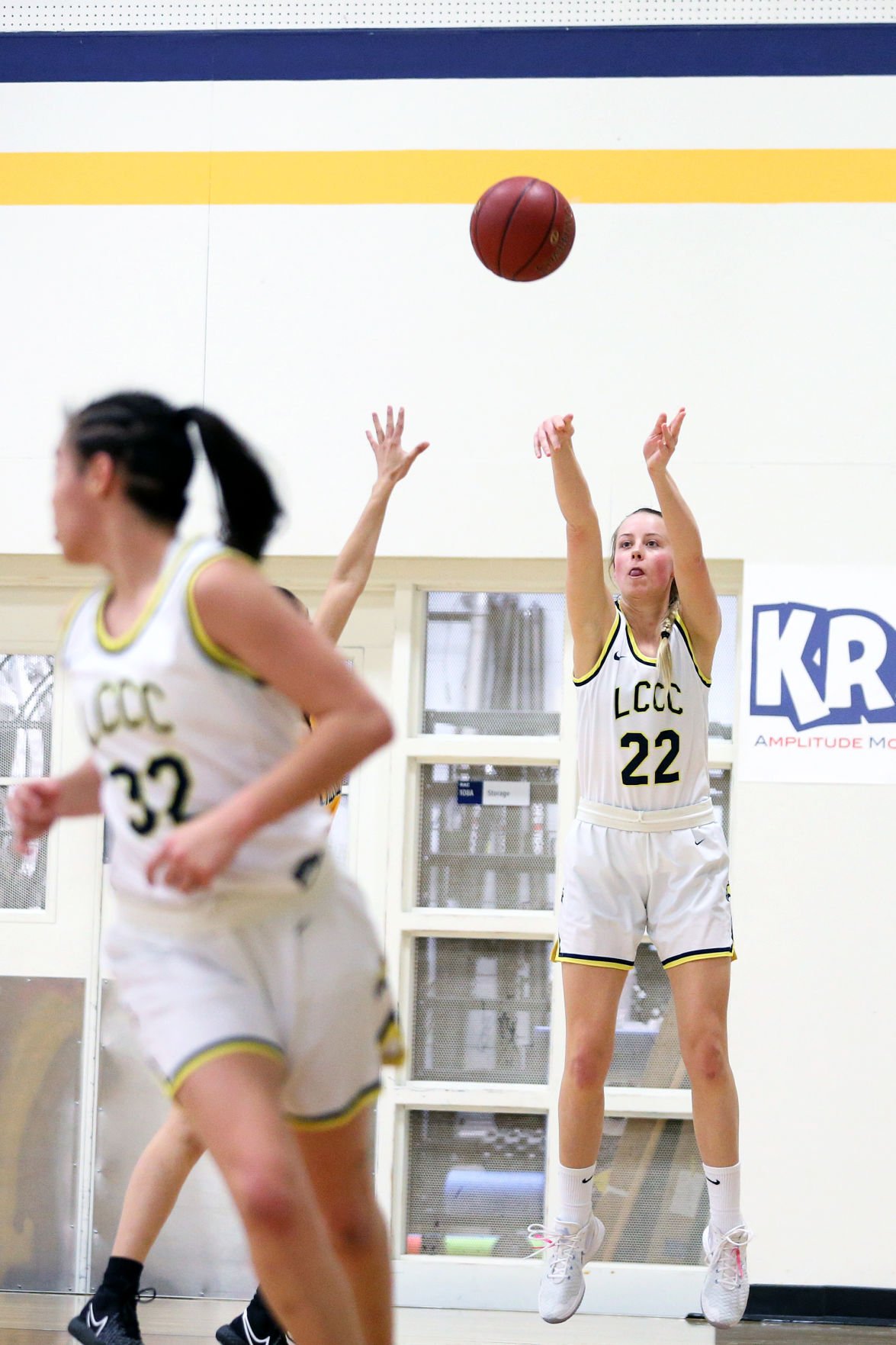 CHEYENNE – Sam Hester felt like she didn’t quite play up to her potential during a solid freshman season with the Laramie County Community College women’s basketball team.

The Saratoga Springs, Utah, product averaged 8.5 points and 5.8 rebounds per game during her rookie campaign. Both averages ranked third on the Golden Eagles roster, but Hester thought she could have done more.

“I left some stuff out there,” Hester said. “I could have shot more and driven more.”

The 5-foot-10 guard spent the off-season trying to get better at getting to the basket. Being better at driving would open up the outside shots, which are such a large part of her game.

“Going to the next level, she needs to be good at shooting and driving,” said interim LCCC coach Danielle Rinaldo. “What she has done this year has opened up her game so much more. She has gotten so much better with her first step off the drive, and I’m really impressed with her determination.”

Hester’s scoring, rebounding and assists averages are all second-best on LCCC’s roster. She leads the team in steals per game.

“A lot of people think of her as our sharpshooter, and that she should always be shooting from 3,” Rinaldo said. “That’s obvious, but they don’t always see what else she does for us. She has opened up her game so much and gotten a ton of rebounds.

“She also has stepped up huge on defense. She is super active when it comes to rebounding, and is good at getting inside the paint on transition and getting us points there.”

Ever the perfectionist, Hester thinks she hasn’t quite achieved what she set out to do this season.

“I’ve been driving to the basket more, but I haven’t been taking it all the way to the basket,” she said. “I drive and kick a lot. That’s still good, but I need to turn the corner and get to the basket fully.

“I just need to have confidence in myself and believe I can do that. I’ve taken a small step, but I’m not all the way there.”

Hester has seen teams start backing off her slightly, which has given her more room to shoot from deep. Her 35.7% mark from behind the 3-point line ranks third on the Eagles’ roster among players with at least 40 attempts. Her 30 made treys are the most on the team.

“Defenses haven’t been getting as close to me and trying to take away the outside shot as they used to,” Hester said. “I think that’s because they respect that I am doing better at driving now, but I know I could still do better overall.”

“When she’s having an off night from 3, she has gotten closer to the basket, gotten her percentage up and gotten things to fall,” the coach said. “Once you start scoring and start getting your percentage up, people start sagging off you to take away the drive. That opens up the 3-point shot where she can really knock it down.”

Hester seemed like a lock to play at the next level, if she wanted to. She wasn’t sure if college basketball was in the cards before former LCCC coach Brian Ortmeier – who is now the coach at Iowa Central Community College – reached out.

“I was kind of worn out after the season and wasn’t sure if I wanted to play college basketball,” Hester said. “I hadn’t really been to Wyoming when coach Ortmeier started recruiting me, so I thought it wouldn’t hurt to come out here on a visit and check things out.

“I liked the campus and coaches, and got to meet the team. It looked like a place that had everything I wanted. It made me realize how much I still wanted to play basketball. I still want to keep playing, and I’m excited about what’s to come.”