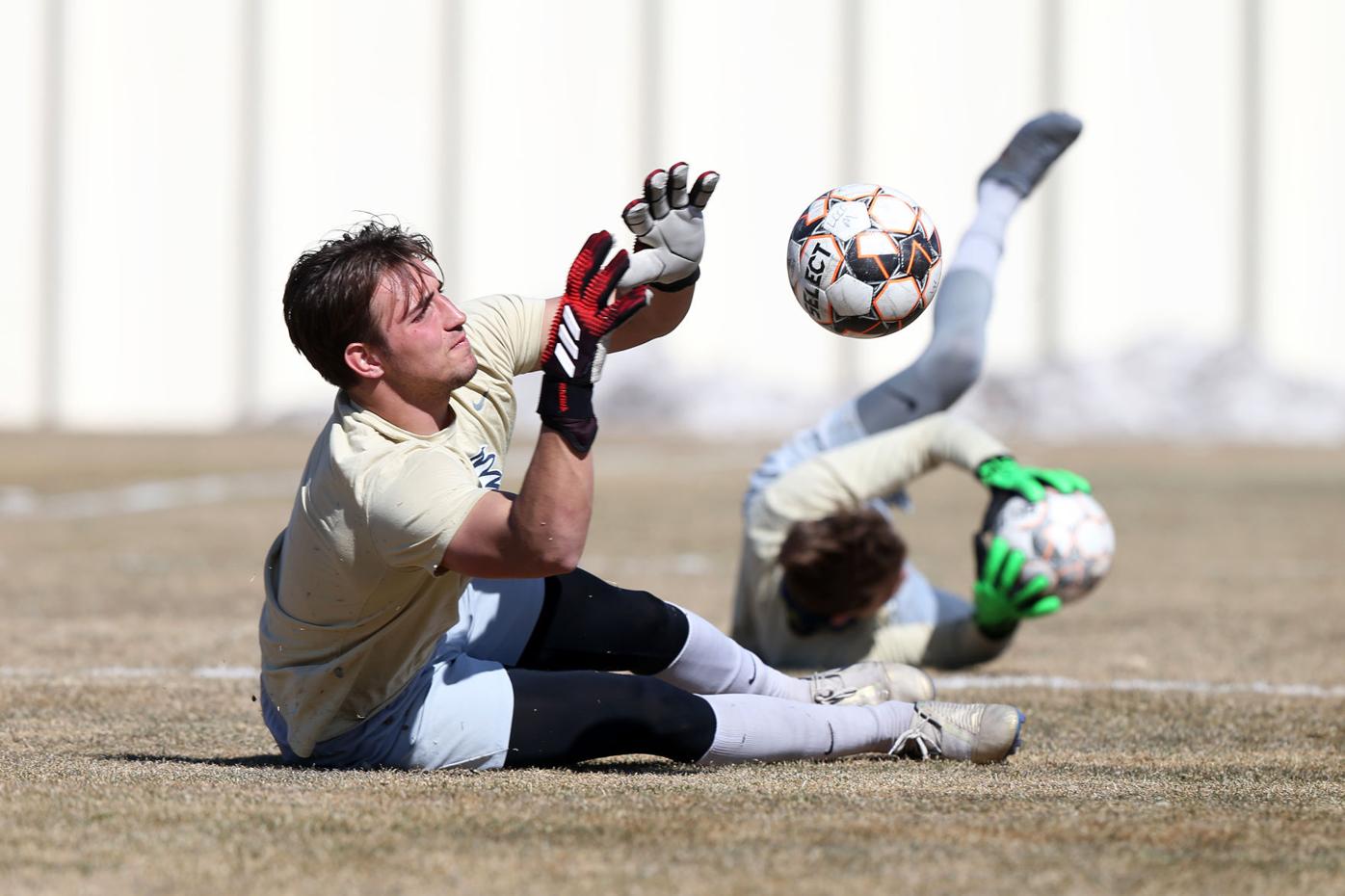 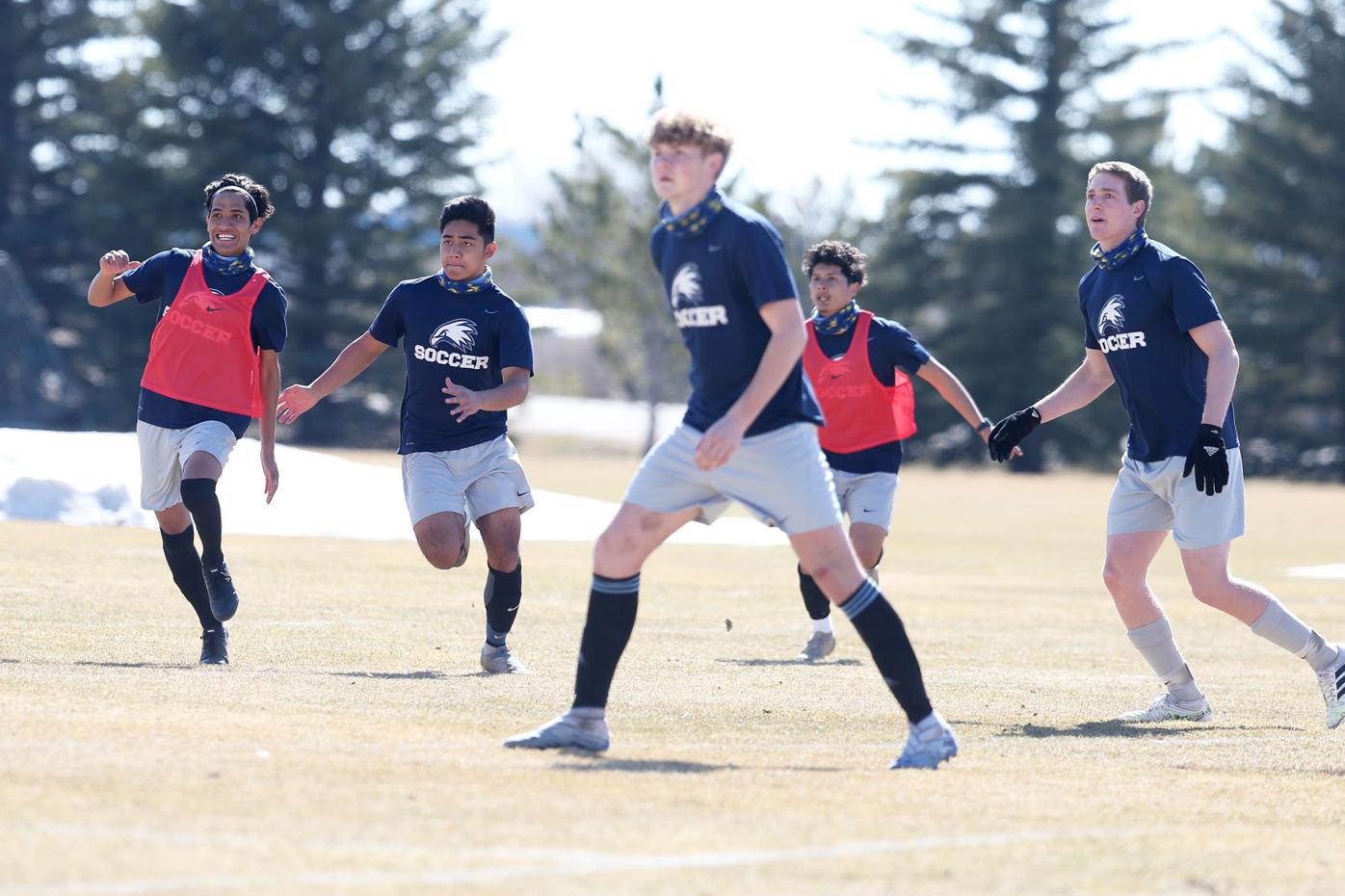 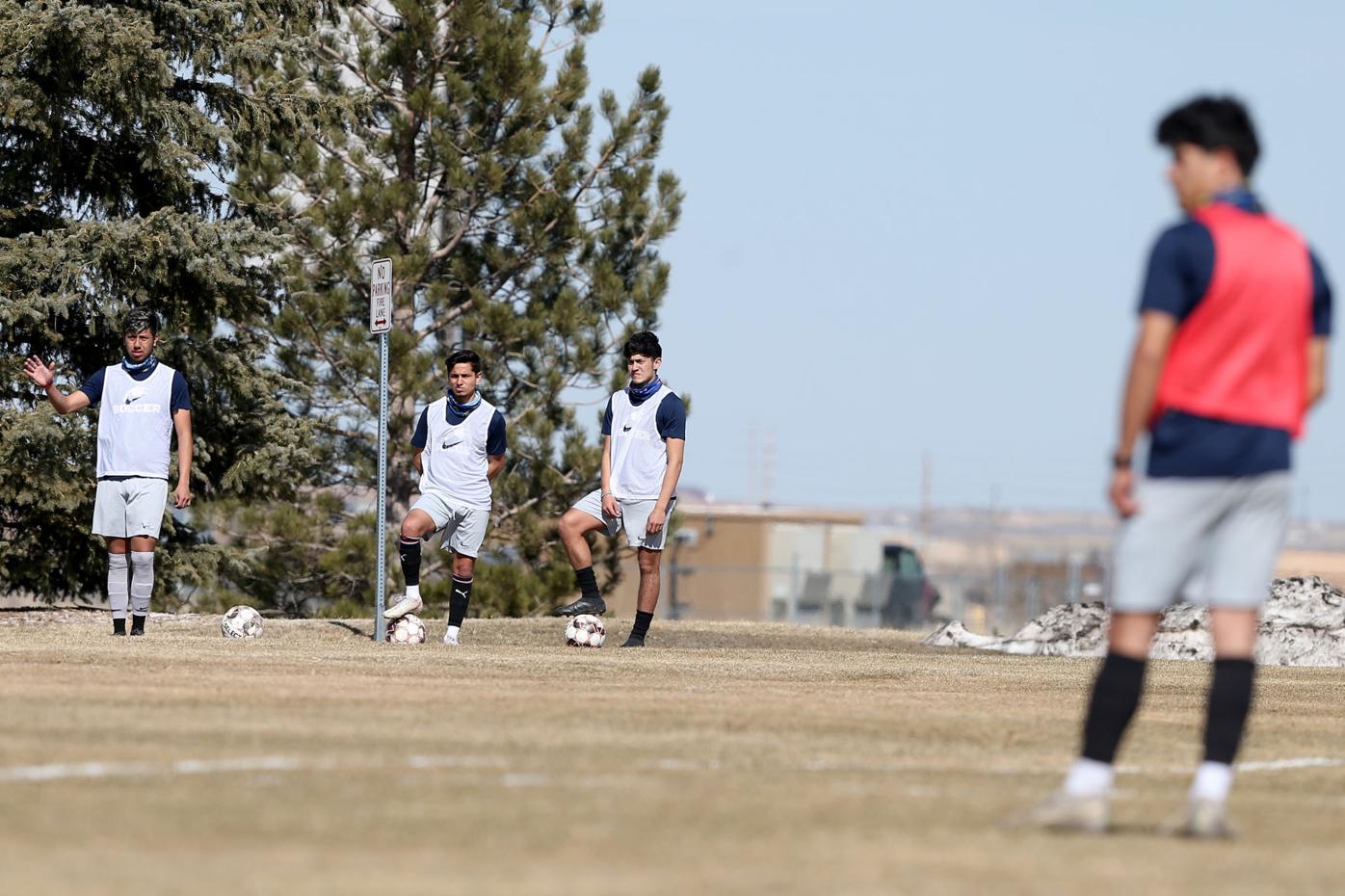 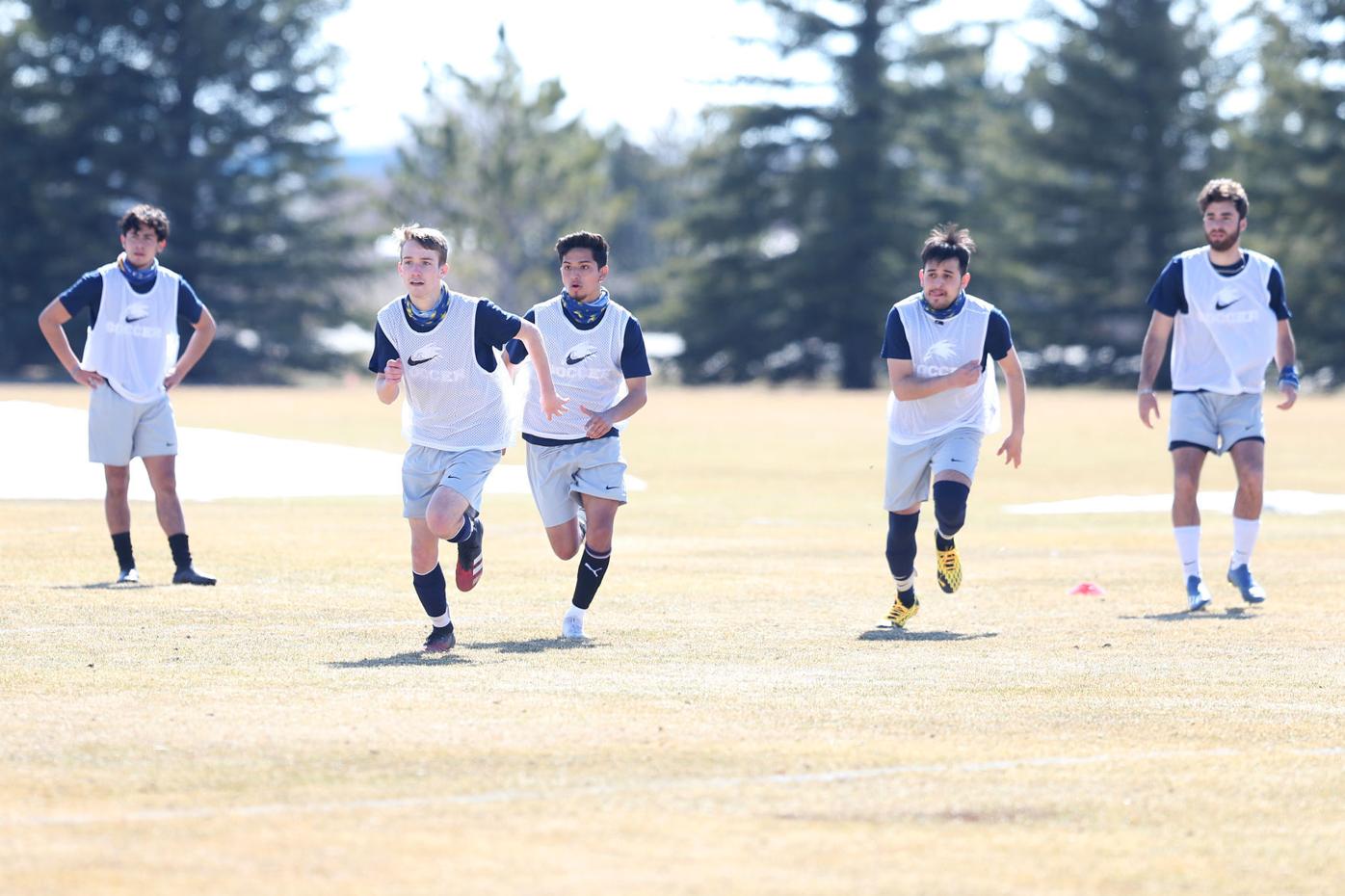 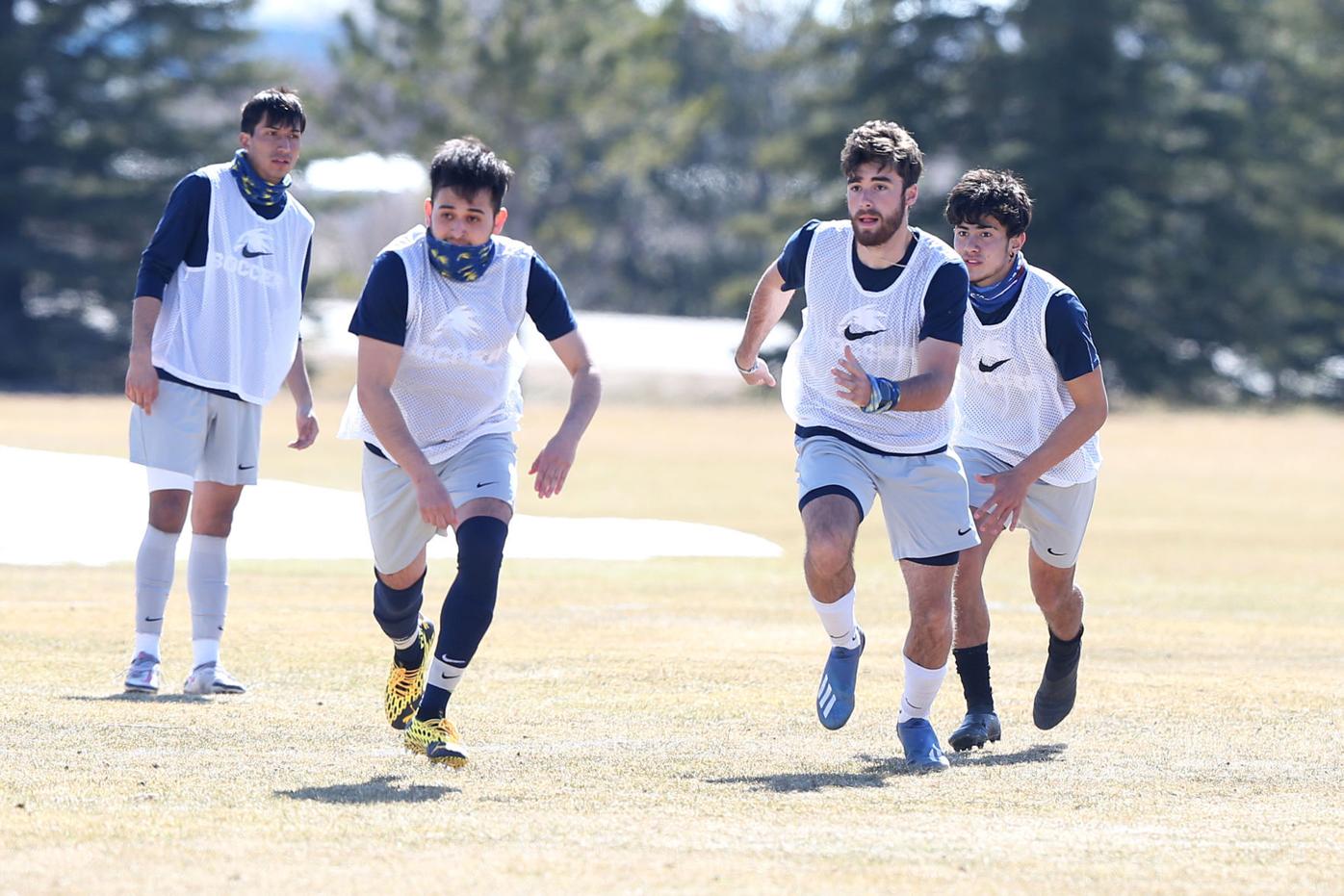 CHEYENNE – Vince Gibson takes a different method to building his roster than other junior-college coaches might.

The Laramie County Community College men’s soccer coach said there was an average of 14 international players per team at the NJCAA tournament in 2019. LCCC currently has only one on its roster. The trend has become more focused on recruiting international players, but Gibson still scopes out players regionally.

He has nothing against the idea of recruiting international players. They bring diversity and sometimes a different style of play. However, Gibson enjoys being able to recruit players regionally that can compete with those great players that come from around the world.

“I stuck to that route of looking harder, closer, to find those guys,” the coach said. “It worked out to where I built relationships with high school coaches, club coaches and university coaches, and they like the aspect that we’re bringing in these kids and developing them.”

Out of 30 players on the roster, 27 of them are from the Rocky Mountain region. Twenty of those players are from Colorado.

“A lot of the schools in Colorado are going international, so we’re the Wyoming school that’s getting those Colorado kids,” Gibson said. “We’re getting the Wyoming kids, the Utah kids … there’s an abundance of stateside kids, good ones, that need to go somewhere, and I’m like, ‘Yeah, I’ll take that niche.’”

Five players on the roster all attended Skyview High School in Denver. That familiarity and already built-in chemistry carries over to the next level and creates an advantage that other teams might not have.

Not only have some of the players played with one another, most have played against each other, creating another form of familiarity.

“I’d say I knew probably 90% of (the players on the team before joining the team),” said sophomore Bryan Vasquez, a native of Denver. “I’ve either played with or played against them, and then we get here and we can all talk about it … There’s definitely a lot of talent close by.”

Being one of the premier teams in the country, the competition level the Eagles play at makes recruiting a little bit easier. Knowing that you’re going into a winning program that has a reputation for success is appealing in its own right.

“We go all over the United States … we’re going to go wherever we can to play those nationally ranked teams,” Gibson said. “It helps out recruiting wise, because they see we’re not just a junior college that plays in conference, we actually go somewhere and play the top teams.”

Although the Eagles are bringing in players mainly from a close proximity, that doesn’t cause them to skip a beat. They are the No. 2-ranked team in the NJCAA Division I men’s preseason poll heading into the season. Today, they host Hill College at 1 p.m., where they’ll look to continue their success.

“I think we’re just going to scrap for everything (this season),” sophomore Ethan Mathis said. “We know we have a target on our back coming into the season. We did really well, so every game this season they’re coming after us. We’re going to have that mindset that we just have to go out there and earn everything and prove we belong where we’re at.”

About the Eagles: LCCC finished 2019 as the third-ranked team in the country. This season, the Eagles are the second-ranked team in the NJCAA preseason poll … “We’re so deep,” coach Vince Gibson said. “We’re loaded with sophomores who are all very talented.” … The Eagles are looking to return their high-powered offense that led the nation in shots with 498 in 2019. … LCCC hasn’t taken the field in a live game since Nov. 22, 2019. Poor air quality, record snowstorms and, of course, COVID-19 have all contributed to canceling scrimmages, another hurdle the team has had to overcome. … “We’ve had to deal with (COVID) on top of everything else,” Gibson said. “We talk about it all the time. We can’t control what happens to us, but we can manage how we react to it, and that’s kind of what this team's mantra is right now; manage what we can do, be happy that we can play, and let’s play.”