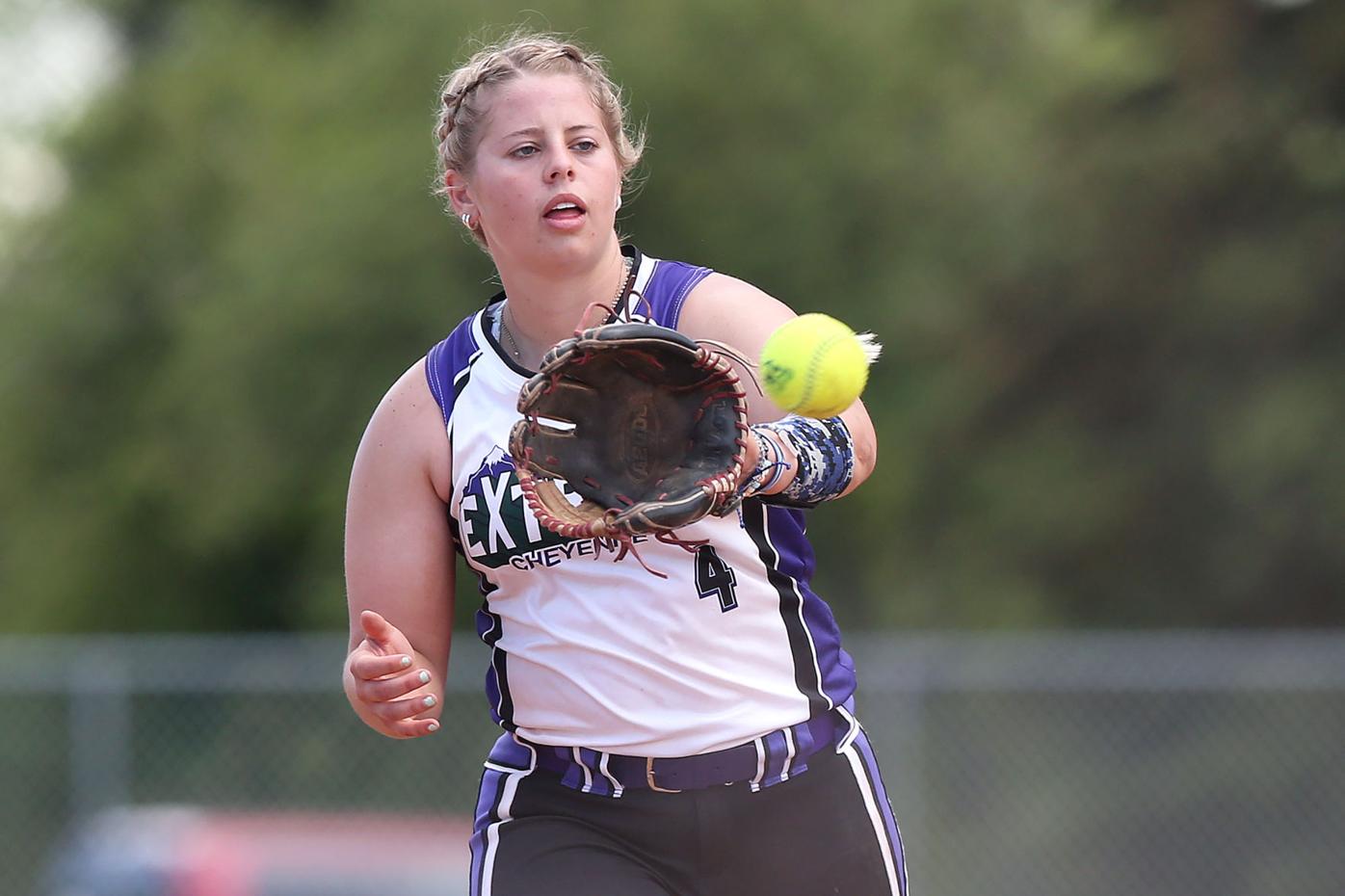 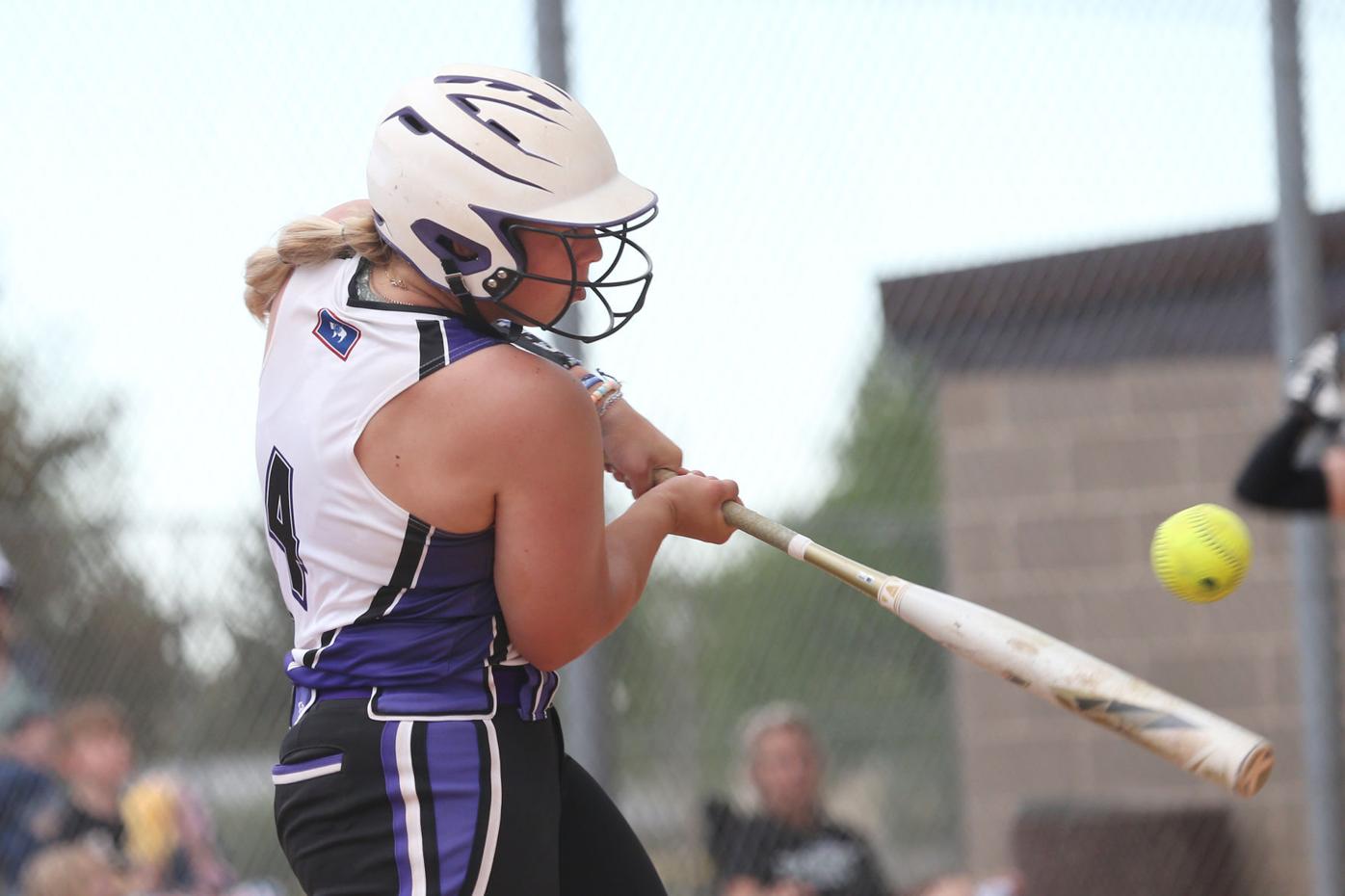 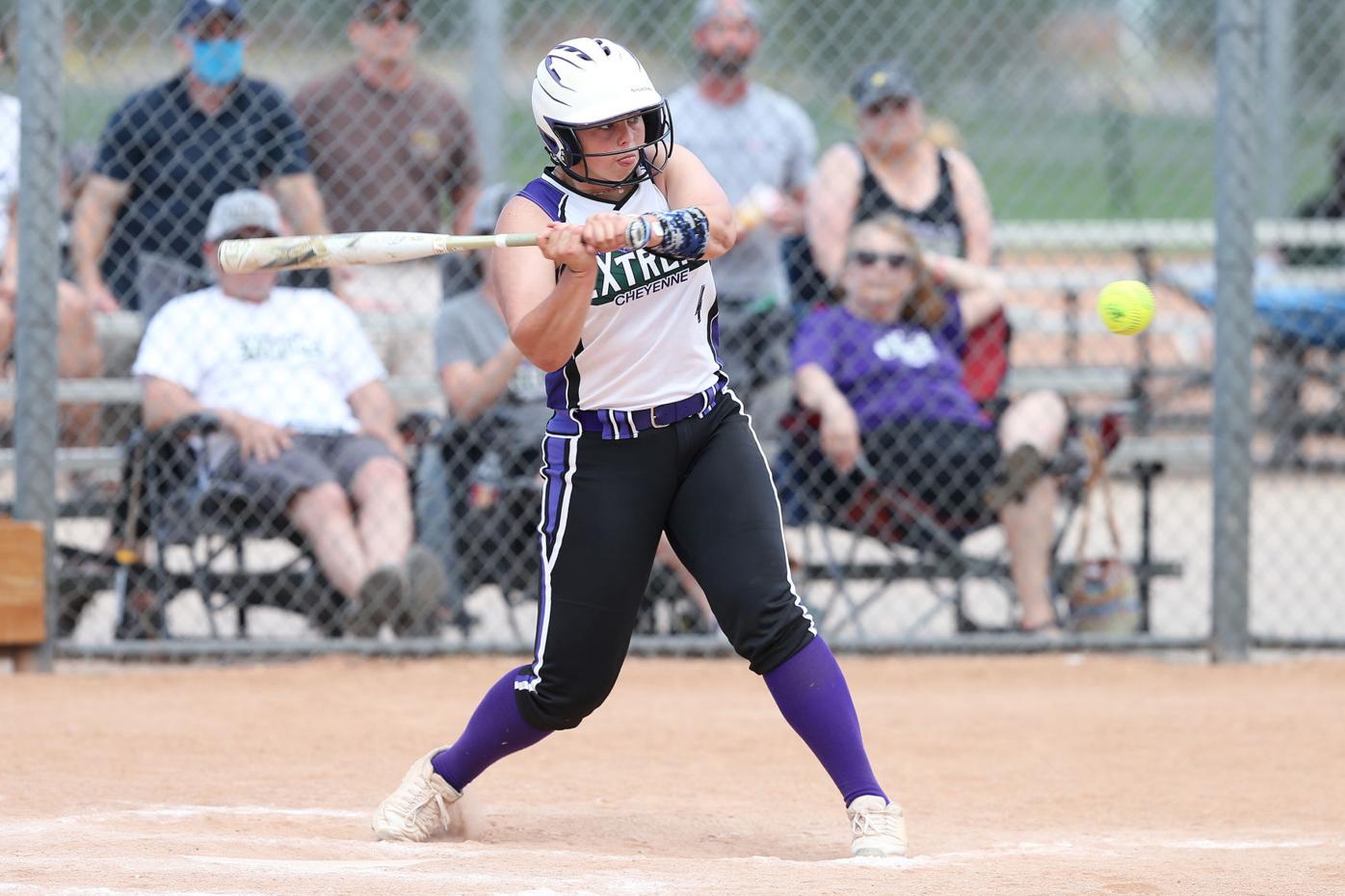 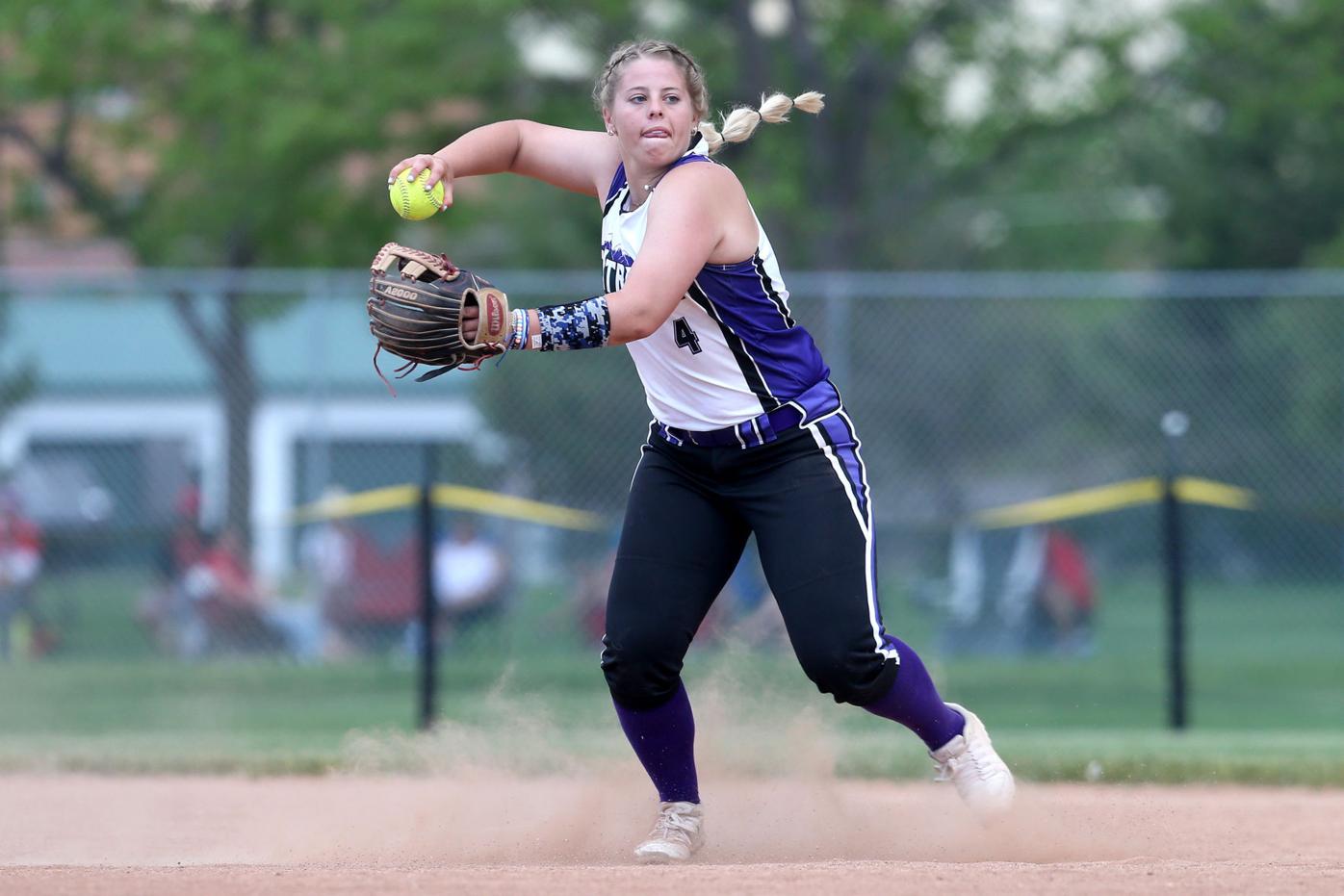 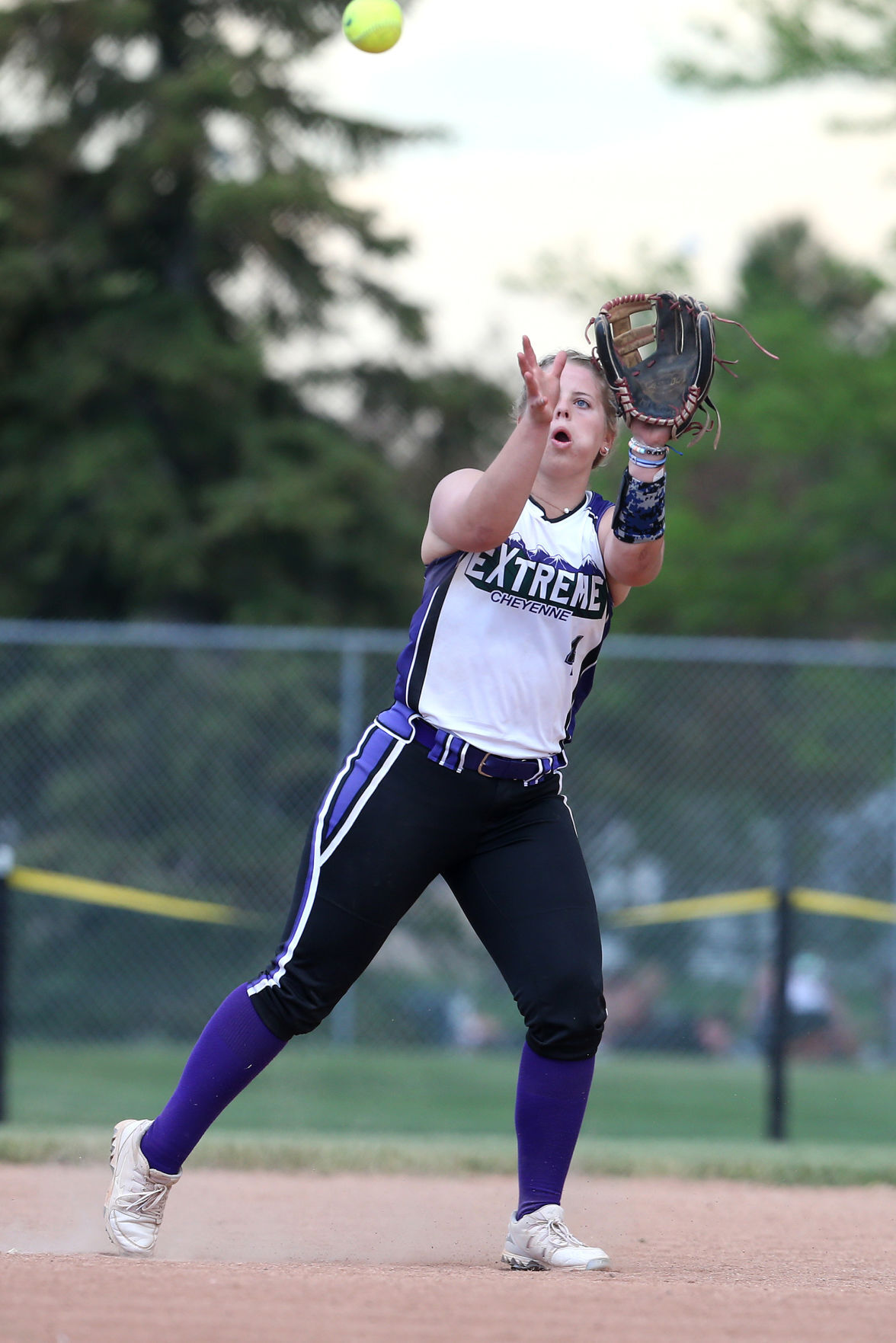 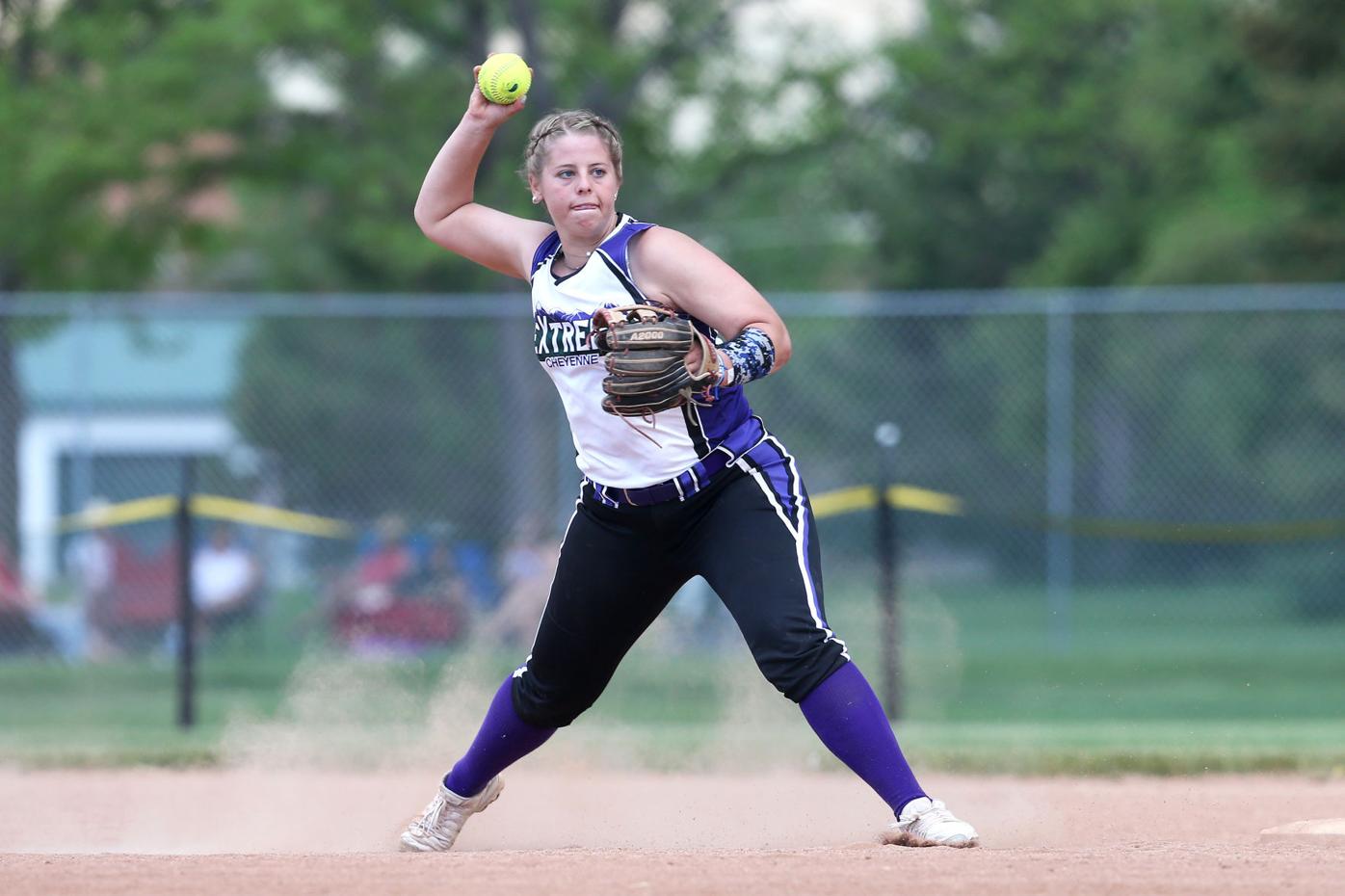 By day’s end, the front of the jersey was covered in enough dirt the team logo was obscured. Her black uniform pants also were in need of a trip through the washing machine. Dirty uniforms are common for Klein. They are the prime reason she endeared herself to her Extreme teammates and coaches last summer.

“She is a very physical player,” Extreme assistant Michael Galicia said. “She’s not afraid to chest a ball up or get dirty diving for a ball. Sometimes shortstops are afraid of contact on throws down to second, and you miss outs on the bases.

“(Klein) isn’t afraid of contact. She is aggressive and isn’t afraid to sacrifice her body for the team if it means making a play.”

Klein grew up in Scottsbluff, Nebraska, but is in her second season playing for Extreme.

“I wanted to play at a more competitive level that I thought would get me ready for college,” Klein said. “I was nervous when I first came here last summer. Anyone would be, but all the girls were really nice, they have great personalities and they really welcomed me in.”

She made her presence felt last summer, batting .430 (37 for 86) with 12 doubles, four home runs and 24 RBIs. Her batting average was second-highest on the roster, while she tied for second-most doubles and home runs, and had the fifth-highest RBI total.

Klein spent this season playing for Otero Junior College in La Junta, Colorado. She posted a .412 average (7 for 17) across eight games. She hit four doubles and drove home five runs.

She would have loved to play more for the Rattlers, but there wasn’t much playing time to be had.

“It was a great experience and I learned a lot,” she said. “I’m trying to take what I learned there and put it to use here so I can go back there with confidence and play well next season.”

Despite her stellar batting average, Klein thought she didn’t hit as well as she could have at Otero. She wasn’t patient enough at the plate and struggled to get her hands to the softball.

“I was out on my front foot a lot instead of staying back and exploding with my legs,” Klein said. “I played pretty well, but I could have done better. I’m pretty hard on myself.”

Going back to the under-18 level is going to be an adjustment for Klein. The pitchers she saw during the first day of the Extreme Weekend tournament aren’t throwing with the same velocity she saw at Otero. Klein went 2 for 7 (.286) with a double and three RBIs to help Cheyenne go 3-0 during pool play Saturday.

“It’s going to take some time to get used to the speed at this level again,” Klein said. “I’m confident I can do it.”

Extreme-Galicia went 3-0 Saturday and earned the No. 1 seed in its pool for bracket play today. Cheyenne faces the winner of Extreme-Wysocki and the Fort Collins Stars-Durnil at 10:30 a.m. at Brimmer Park Field 1.

Junior Brogan Allen led the way offensively, going 6 for 8 with a double, two home runs and five RBIs. Jordyn Wright was 3 for 5 with an RBI, while Gracie Oswald and Jaylyn Christensen were both 4 for 8. Oswald had two doubles and four RBIs. Christensen had a double and two RBIs.

Sophomore Trista Stehwien went 3 for 6 with a double and two RBIs.