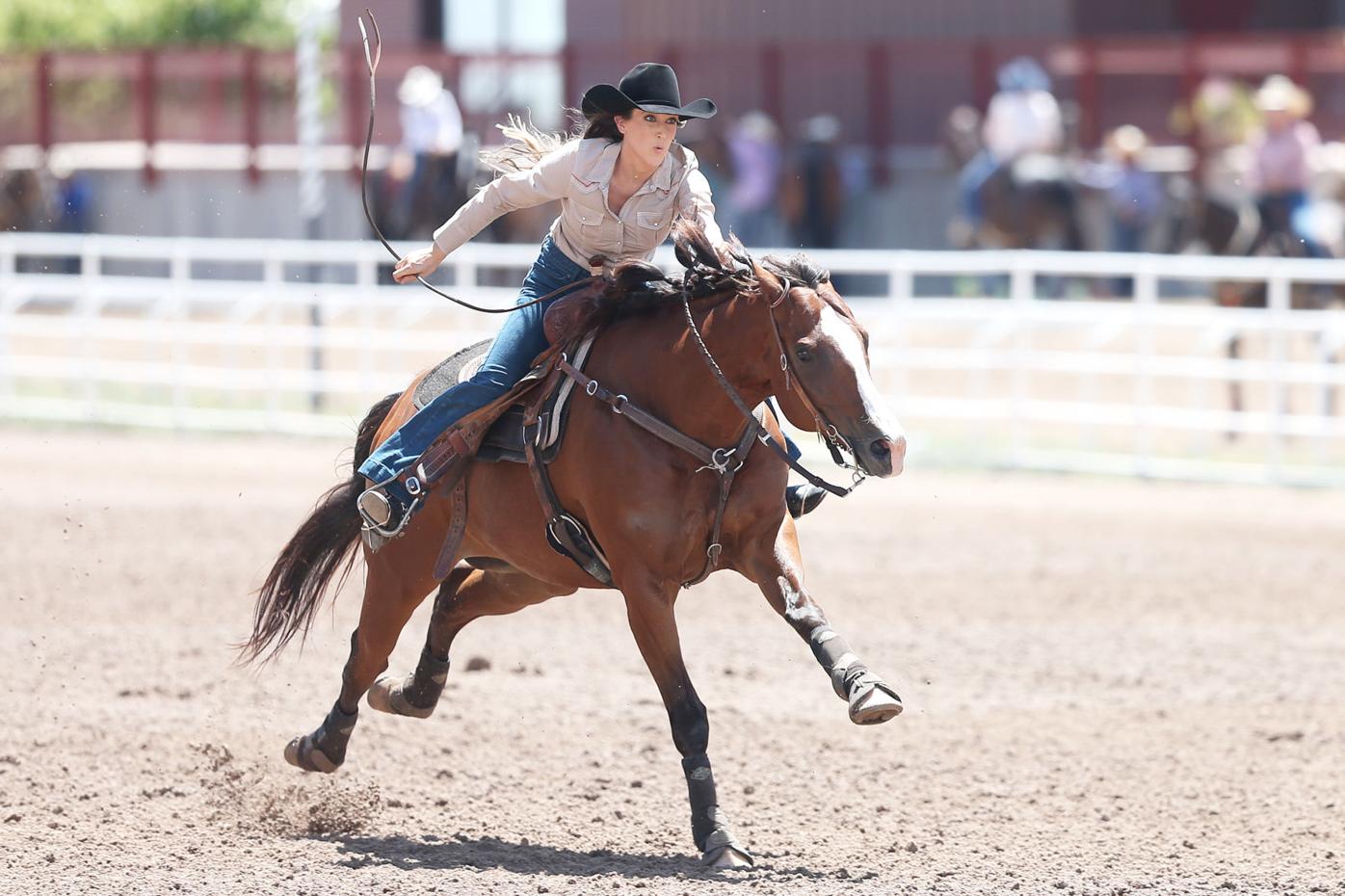 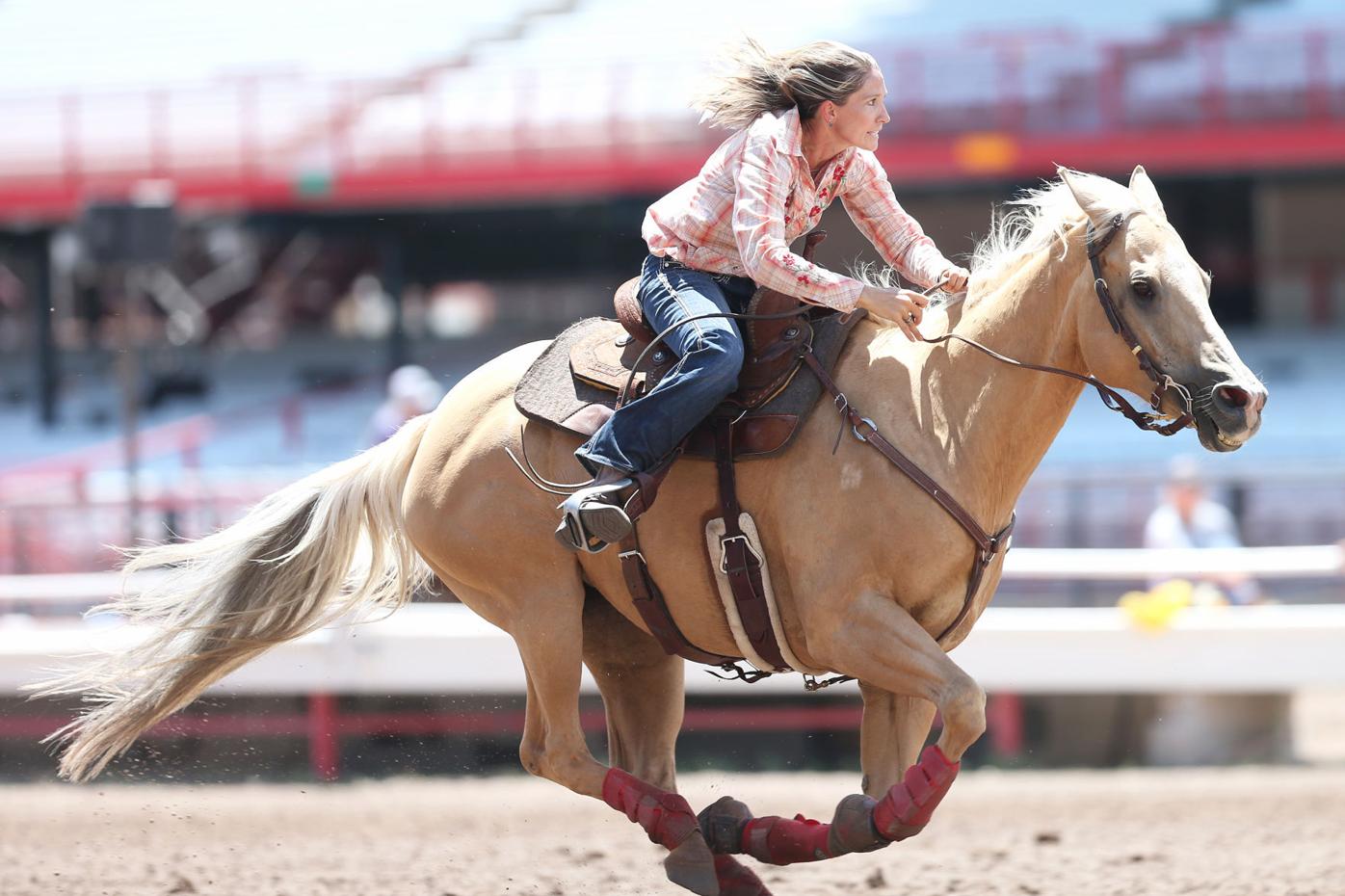 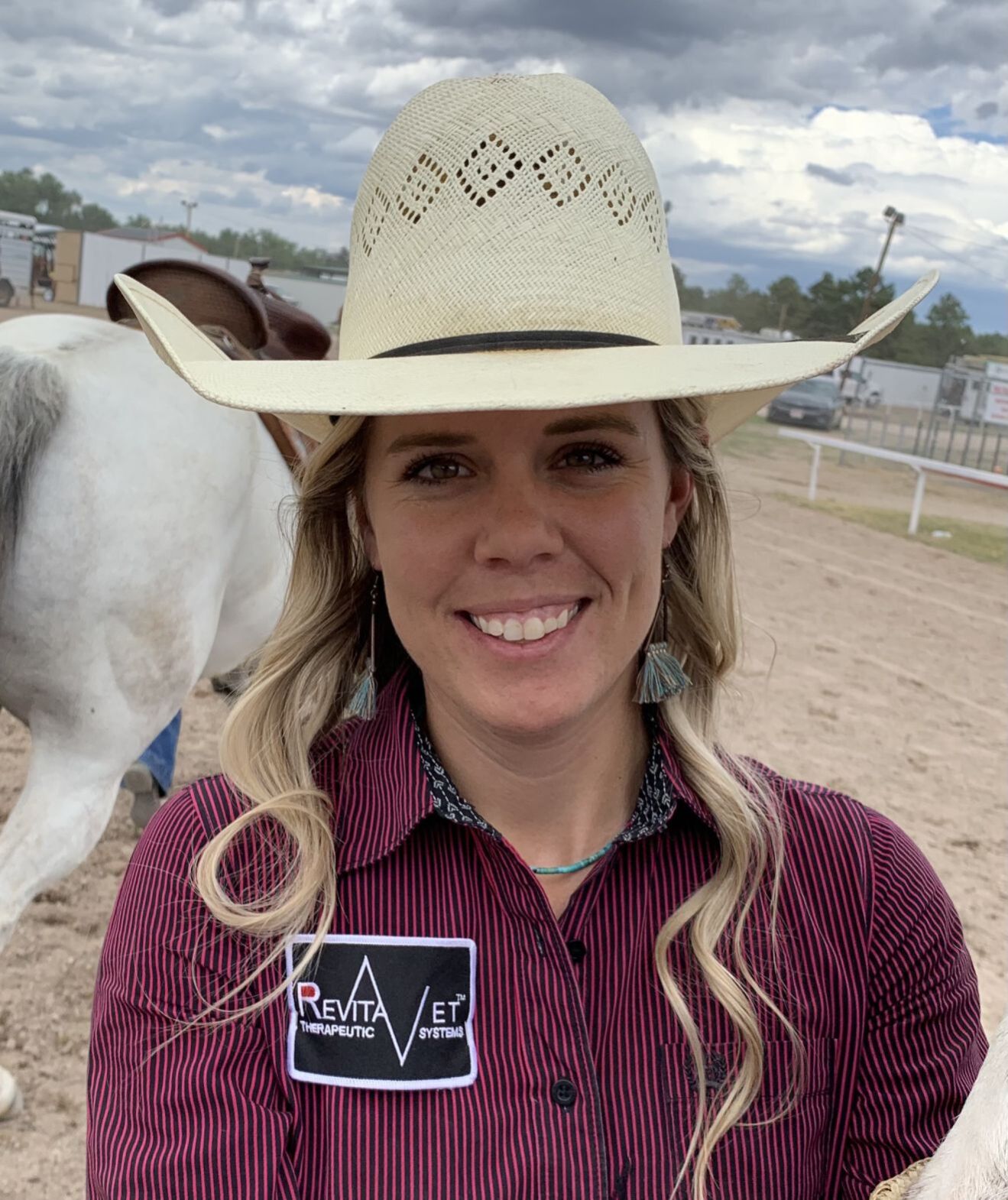 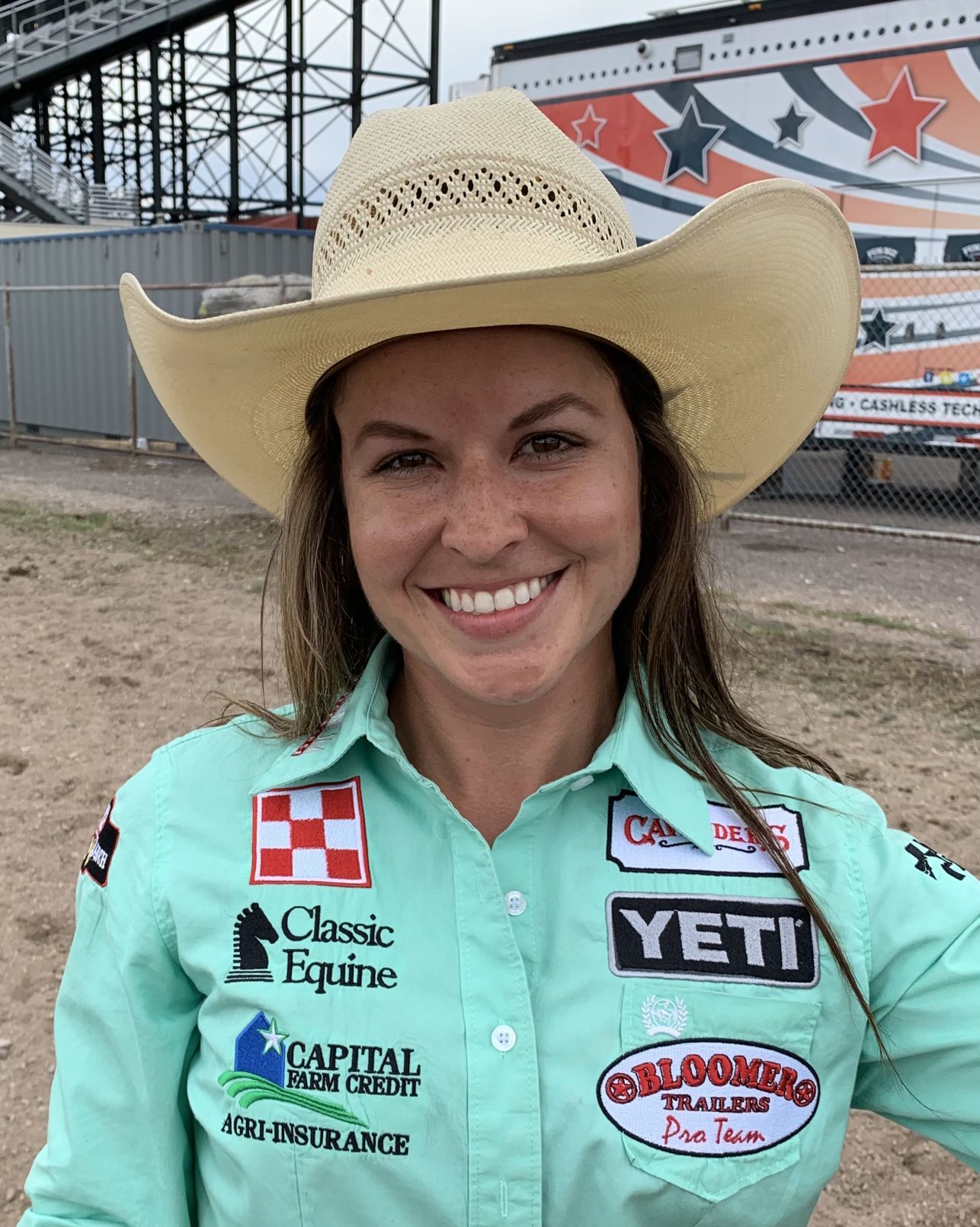 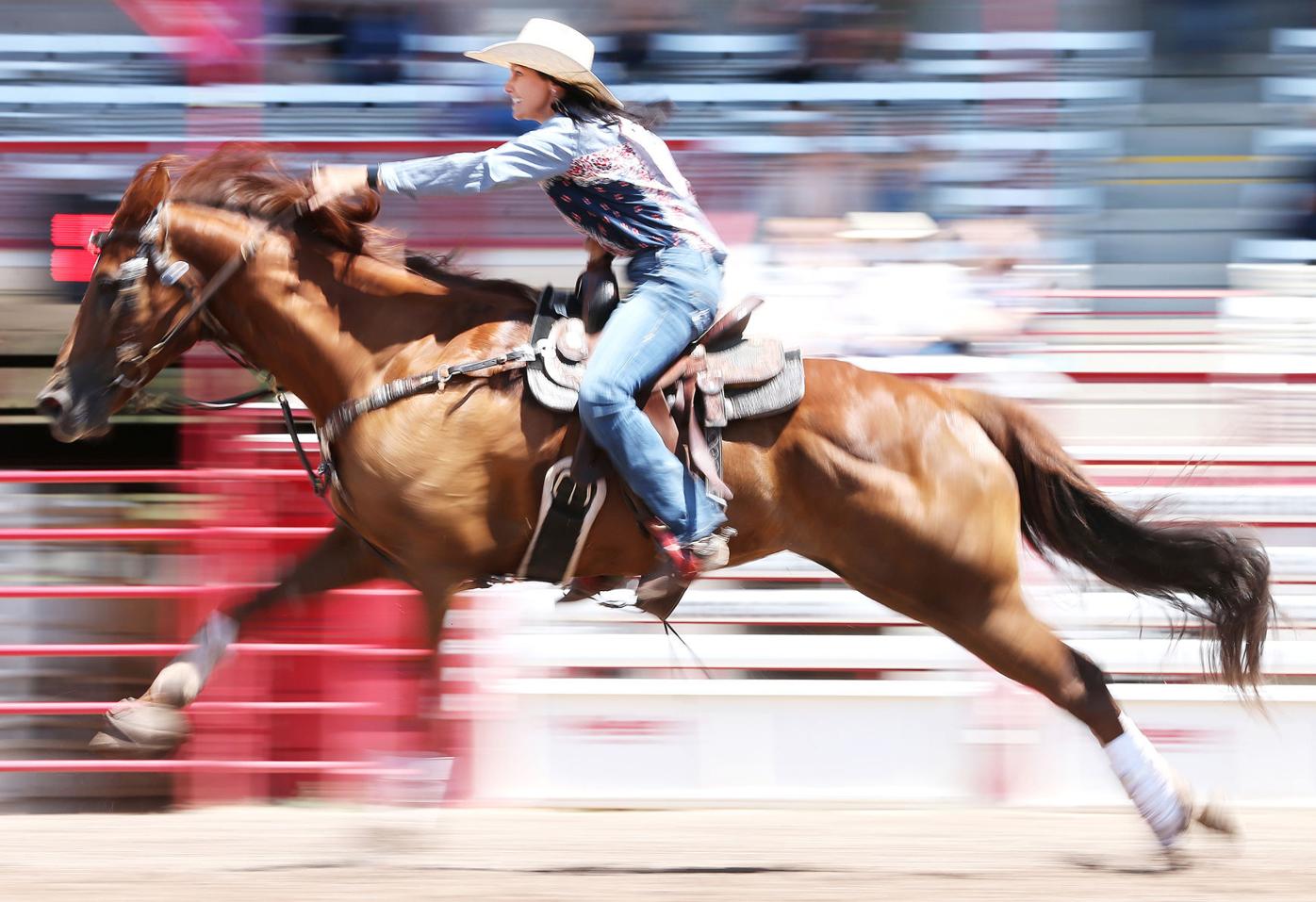 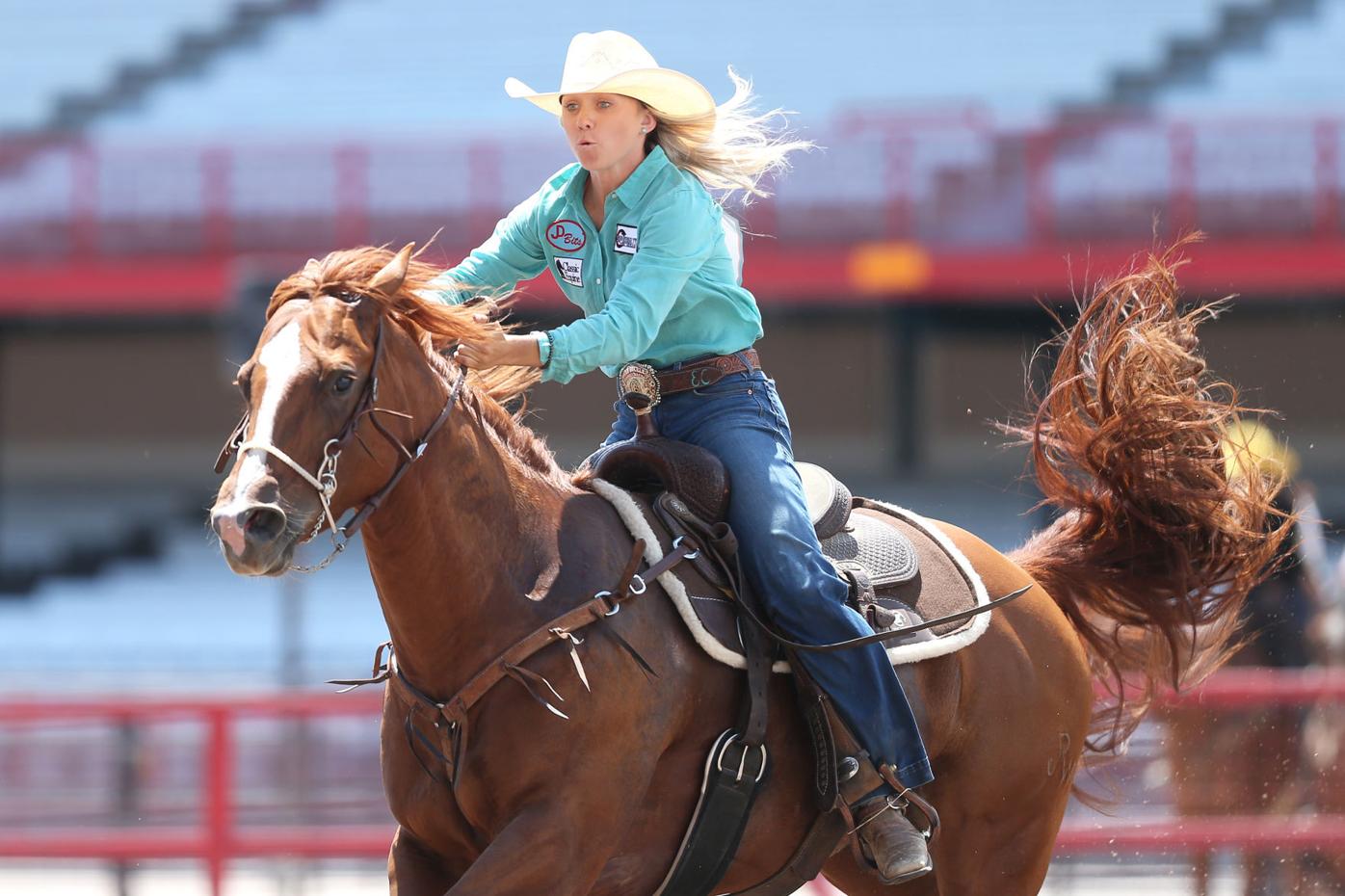 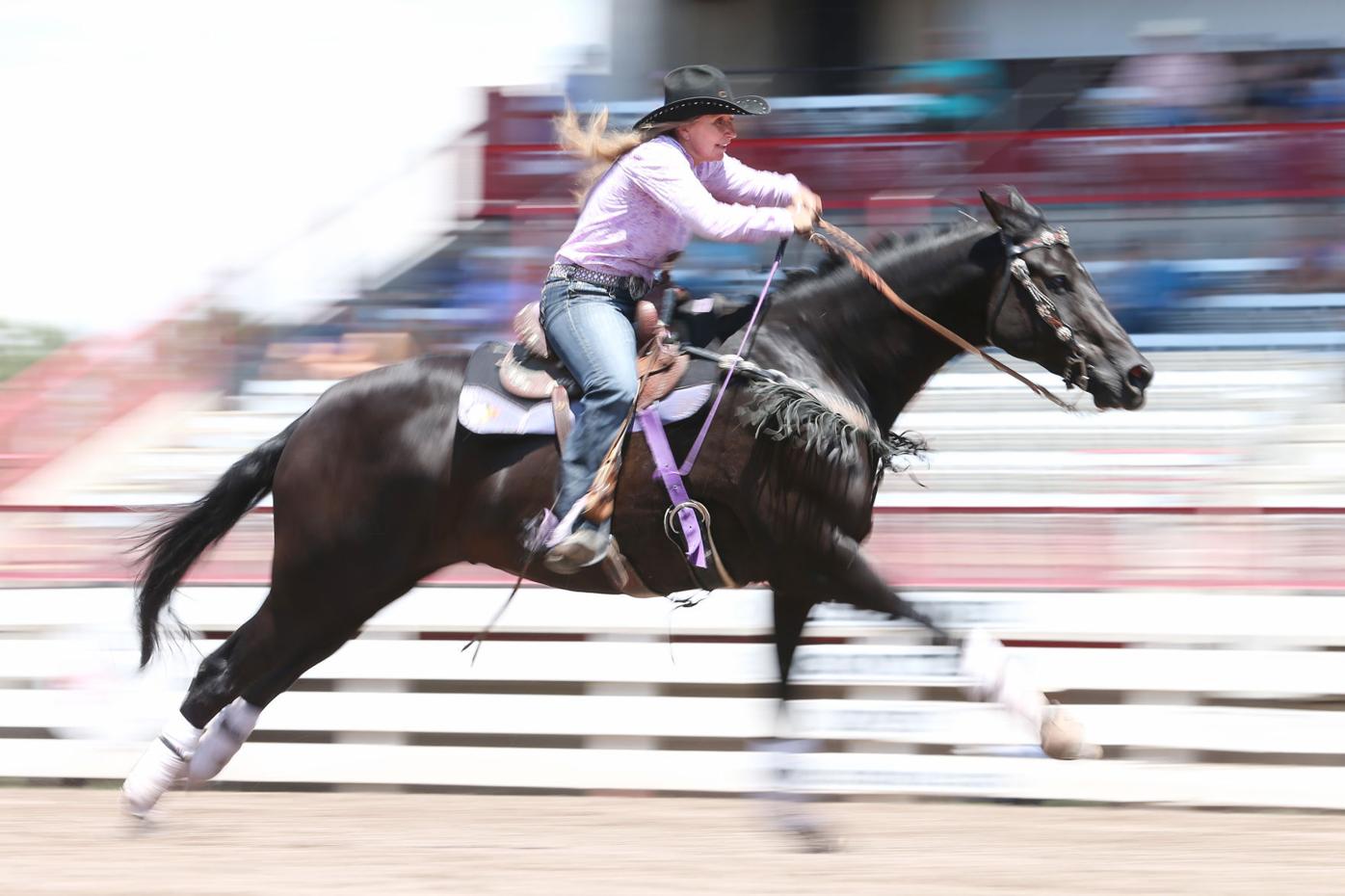 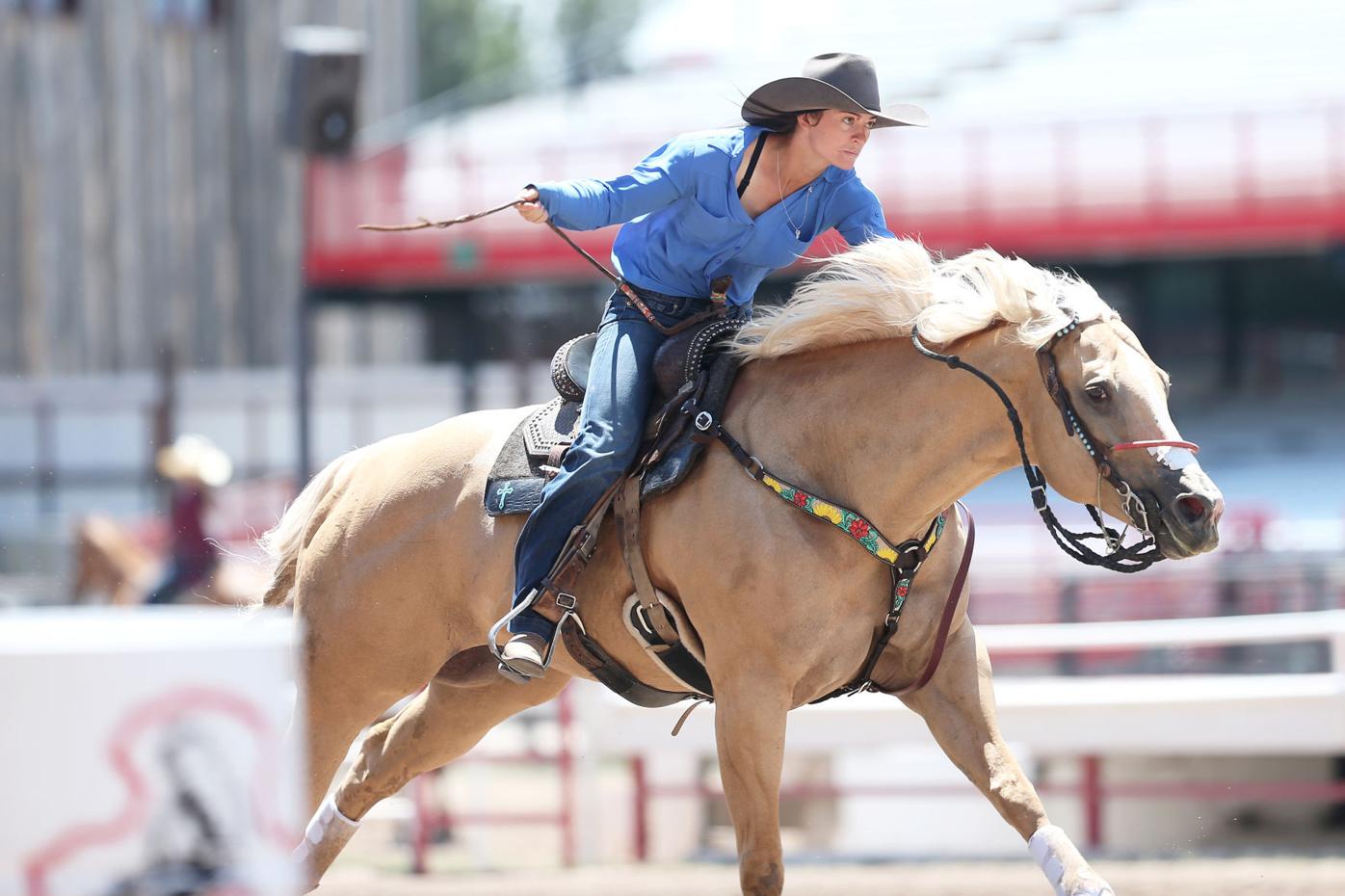 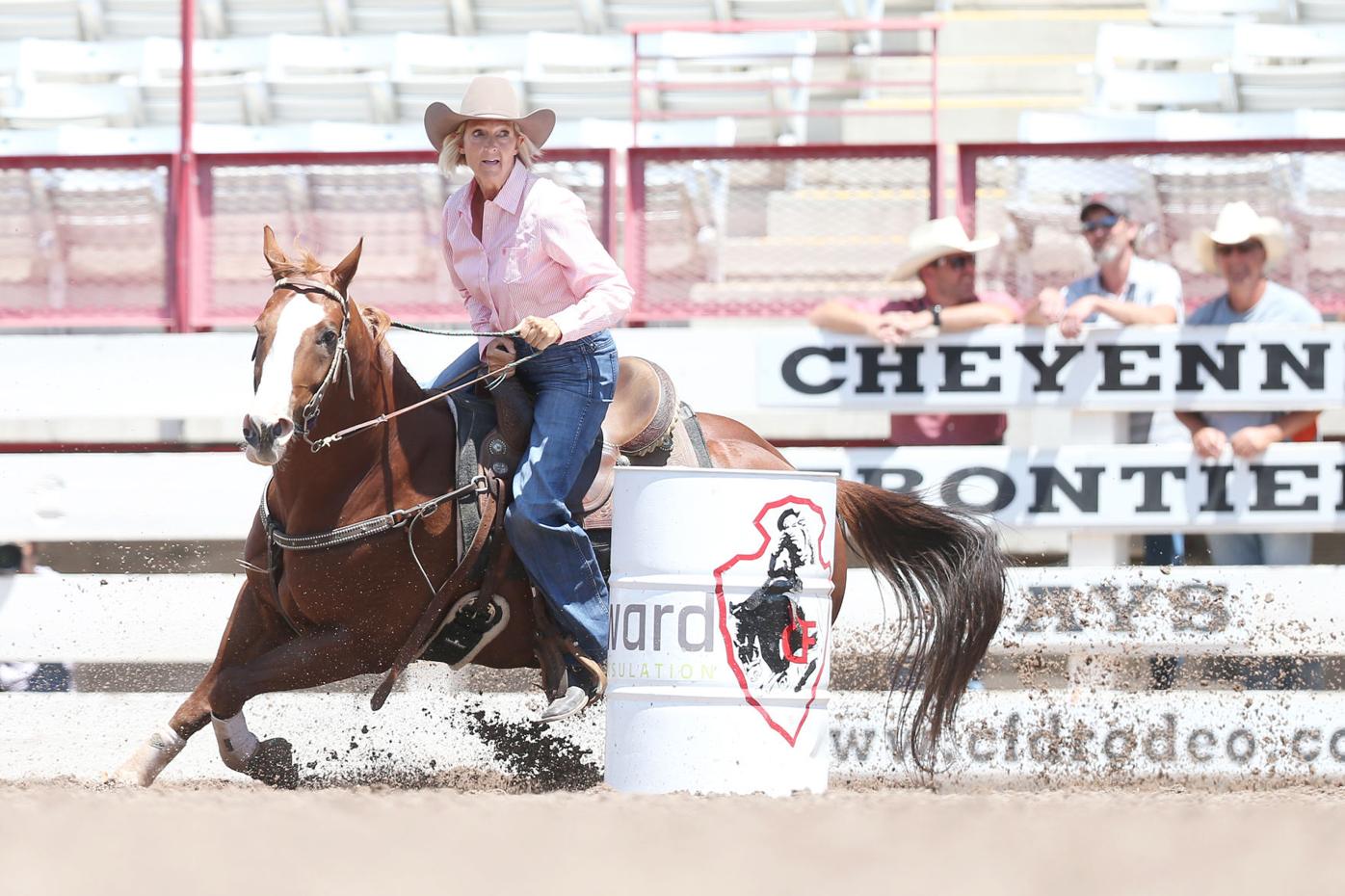 CHEYENNE – Rain and Cheyenne Frontier Days are almost synonymous, and it didn’t take long for that to be proven during the first day of qualifying for the 125th anniversary rodeo Wednesday afternoon.

A little over the midway point of the 209 barrel racers that were competing for a spot in the top 72, the rain started coming down at Frontier Park Arena, but it stopped just in time for Lisa Lockhart’s run.

The 55-year-old took advantage of the change of conditions and clocked in at 17.42 seconds, putting her in the top spot of the qualifying go-round and earned her $5,499. She and the 71 contestants that placed behind her will compete in the daily performances starting Saturday, with 12 competing each day for the first six days of action.

But the rain was just another screwball thrown Lockhart’s way, and with her season not going as she had hoped, she came to CFD with a new motto.

“Sometimes the little things tend to give you a reality check about life in general,” said Lockhart, who hails from Oelrichs, South Dakota. “I told my husband just last week, I have a new saying: 'I’m unfazed,' so (Wednesday), when I’m just soaked and wet, I just thought, 'I’m unfazed.'"

In her first time running at CFD, Lockhart’s horse ran unlike it usually does. Rosa was carrying that same motto around the barrels Lockhart – the 2015 CFD barrel racing champion – rode into town with.

“She has a tendency to turn too tight sometimes, so we hit a lot of barrels," Lockhart said. "She was very free (Wednesday) and stayed smooth and consistent in her turns, and she was very quiet, which is not normally her stature. It was just smooth for her, and if she can be smooth and quiet, she can be fast.

“It’s a good thing to not get so caught up in everything. We’re just going to go and keep doing what we do.”

Tarryn Lee didn’t know if she could ride her horse, Ace, during her trip to Cheyenne. He had some issues following a run a couple days ago, and his status was uncertain.

But Ace battled through and helped Lee clock in at 17.45 seconds, which set her up for a second-place finish and netted her $4,713.

“I wasn’t sure if I'd be able to run him (Wednesday), we had a little thing happen a couple days ago, but he came and just handled the ground," Lee said. "I thought it was going to be deep, and it really wasn’t … he ran hard and turned all three barrels good, and that’s all it takes with him."

Lee admitted the season hasn’t been going as well as she would have liked to this point, but she still sits at No. 25 in the Women’s Professional Rodeo Association’s barrel racing standings and has a chance to move up the standings after a trip to the rodeo she’s always been hoping to win.

“I’ve been struggling a little bit lately, but this will help me," said Lee, who lives in St. David, Arizona. “I watched this rodeo all the time when I was little, and just like everyone, it's a dream to win this rodeo, so we’re hoping that we can keep with the good runs and get there.”

Hailey Kinsel is sitting at No. 2 in the WPRA standings, and has brought her momentum with her to Cheyenne.

The Cotulla, Texas, cowgirl and her horse, Sister, finished their qualifying run in 17.56 seconds, which was good enough for fourth place, trailing only Stephanie Fryar by two-hundredths of a second. The run was still enough to win $3,404.

“I’ve always thought she’d do good here," Kinsel said. "It's kind of a funny sand; it's so shifty, and the horses that are really gritty about it tend to do well, and she’s just a super gritty horse, and she tries very hard. So, when you think it might not be feeling just perfect, she makes it work."

Kinsel hasn’t been able to compete at Cheyenne as often as she has wanted to, with the last trip dating back to 2017, which was her only time competing at CFD.

She’s typically competing at the Calgary Stampede, which has conflicted with the first round of the "Daddy of ’em All."

This year, she's in Cheyenne, and she's looking to add her fourth first-place finish in only a month.

“I’ve had a really, really good summer, and I’m just thrilled to be back in Cheyenne," she said. "I’ve had to turn it down a couple times, so to get a chance to come back and see what my horse can do here is really exciting. I'm just glad they could have a rodeo here. I missed it.”

Robert Munoz is a writer for WyoSports. He can be reached at rmunoz@wyosport.net. Follow him on Twitter @rmunoz307.