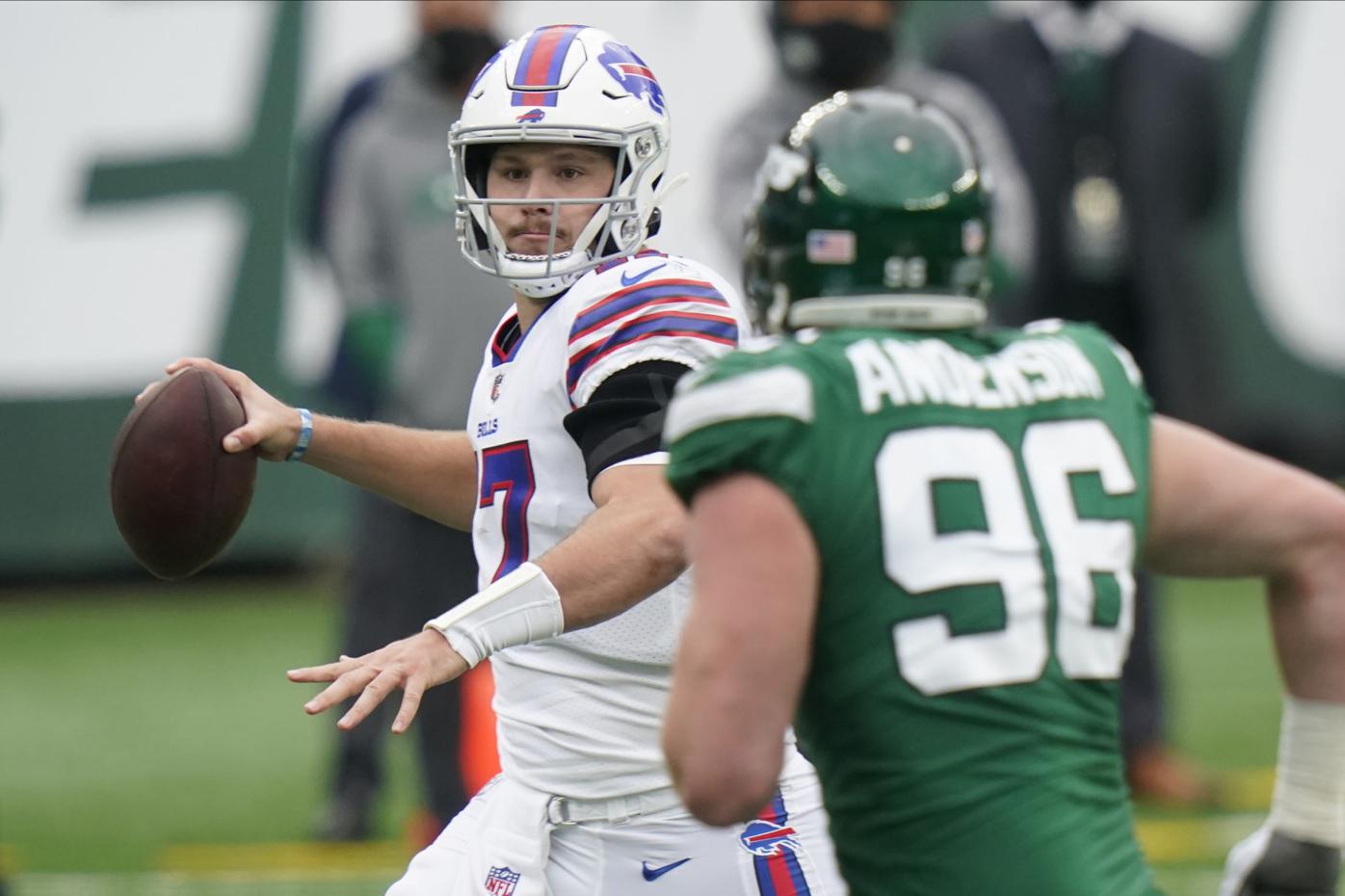 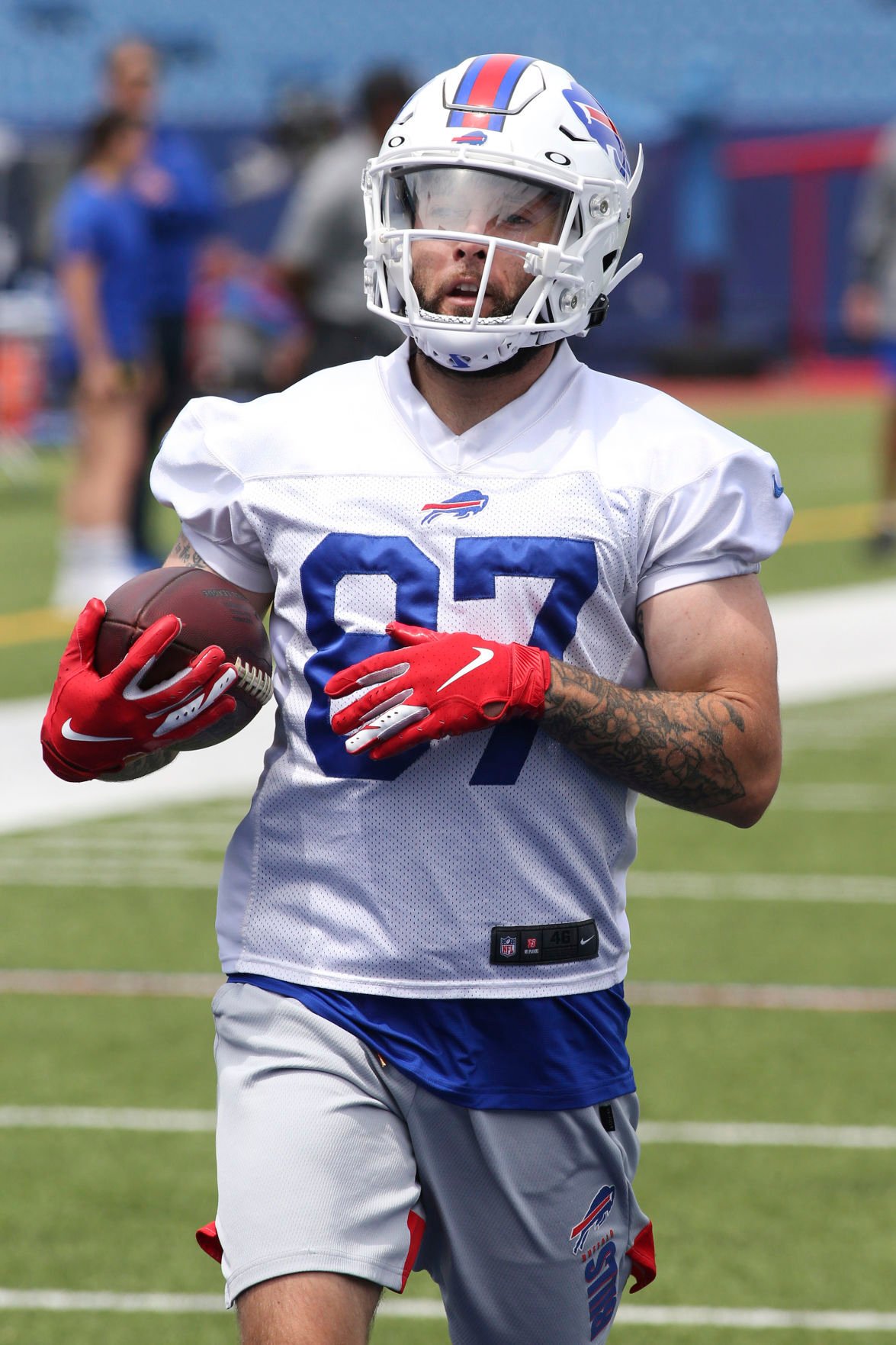 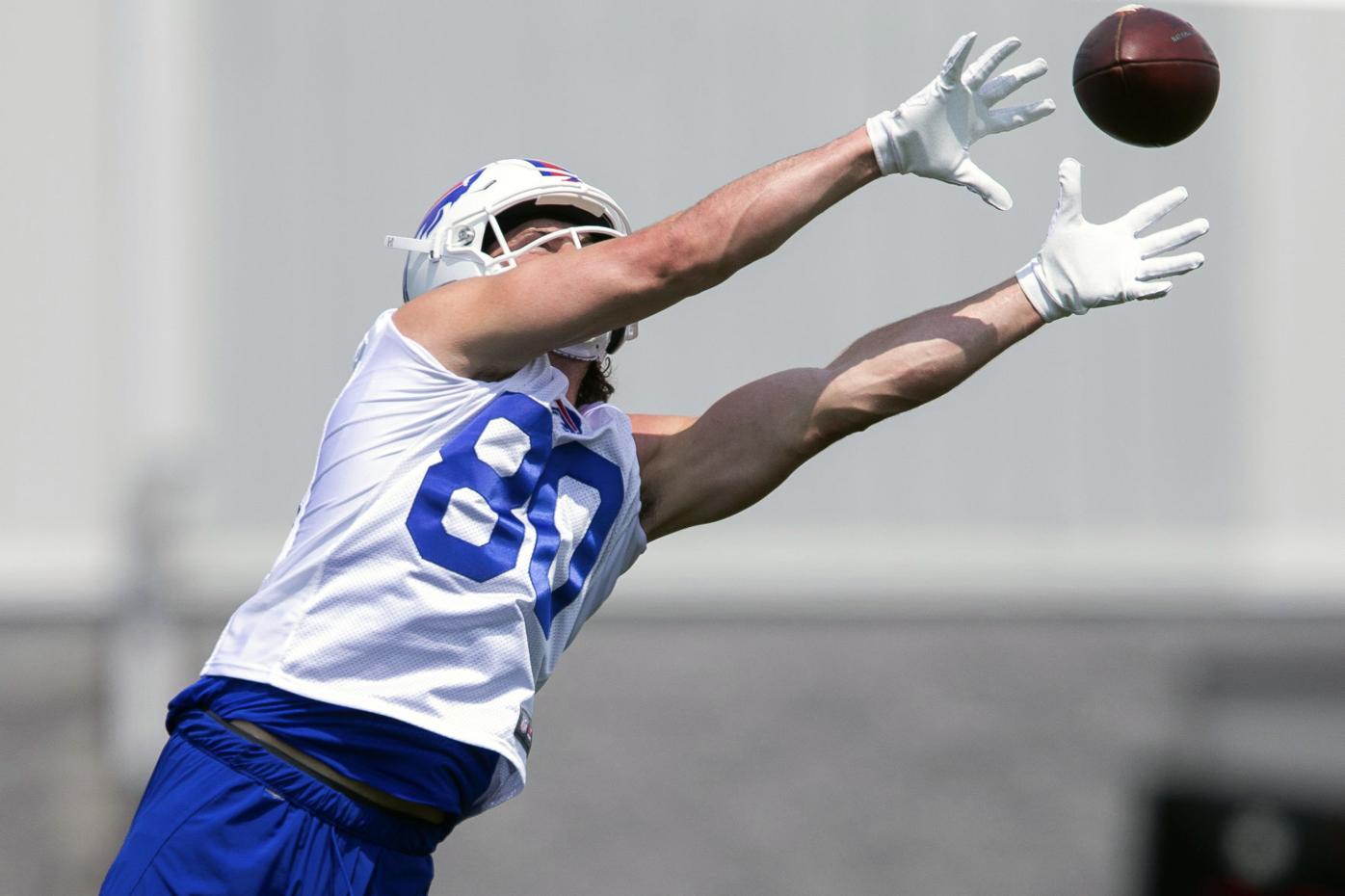 LARAMIE – The gravity of the moment hit Tanner Gentry hardest as he stepped off his plane and into Buffalo, New York.

Gentry – the former star wide receiver at the University of Wyoming who had an NFL stint with the Chicago Bears – signed with the Buffalo Bills in January. The move reunited Gentry with the familiar golden arm that used to cut through Laramie’s harsh winds like a warm knife through butter, Josh Allen.

Allen, of course, has become an NFL superstar after being selected by the Bills with the seventh overall selection in the 2018 NFL draft. Allen established himself as one of the league’s best last season, throwing for 4,544 yards and 37 touchdowns, leading the Bills back to the AFC Championship game for the first time since 1994 en route to a second-place finish in the 2020 MVP voting.

In the most unexpected of ways, the UW band was getting back together.

So, when Gentry got off the plane and spotted a massive billboard with Allen’s face plastered on it, all he could do was laugh. The signal-caller who came to UW as an unknown was one of the faces of New York and NFL as a whole, a rising young star in a league filled with explosive talent.

But Gentry could think only of a smooth-faced jokester.

“The first thing you see (getting off the plane) is this billboard of Josh on there with his baby face,” Gentry said with a laugh.

But before Gentry could finish describing said billboard, Allen, who joined WyoSports on a Zoom call with both Hollister and Gentry, had to get a quick quip in.

“(You can see) my double-chin,” Allen said with a smile.

After taking a brief second to compose himself, Gentry continued.

“It’s funny because if you know Josh personally, you know he’s just still a kid, and he doesn’t take life too seriously.”

From college teammates that helped put UW football back on the map to helping lead a resurgent NFL franchise back to prominence, Allen, Gentry and Hollister are starting to realize how special it is to be teammates once again after their college careers ended.

It’s hard enough to get three players from the same college on a team. To get three that played together, at the same time, at a non-Power Five program? It’s something Allen isn’t taking for granted.

Whether it’s on a Zoom call, in the locker room or on the field throwing the ball around, it’s like no time has passed since they parted ways at War Memorial Stadium.

The same jokes still make them laugh, and memories of yesteryear still bring about childish grins.

“College is a time where you kind of become yourself,” Allen said. “And I had a great group of friends that I still talk to, to this day, and Jake and Tanner (are) part of that group … I couldn’t ask for a better situation.

When Allen threw his first passes to Hollister and Gentry at Bills practice, he knew where his targets were going to be before they planted their feet to get out of breaks. He also knew Gentry was going to catch whatever was thrown his way because, as Allen says, Gentry possesses “the strongest hands I’ve ever seen.”

It can be difficult for an NFL locker room to keep things light like a college one might. But that is one of Allen’s strengths, Hollister said. He is able to keep things fun, as if they were back at UW’s indoor practice field or in a film study session with former offensive coordinator Brent Vigen.

Playing on Allen’s Bills doesn’t feel all that different than it did playing for his Pokes. And there’s something special about being able to relive those old times while simultaneously making new memories the trio can’t help but smile about.

“I learned that from (former Patriots tight end Rob Gronkowski) a few years ago. You have to make this game fun,” Hollister said. “And Josh is a big part of that. You can feel it, you can feel the energy from him. And that’s something that I missed a lot, coming from college. And that’s how I felt right away being back with Josh.”

Allen threw an out-and-up to Hollister at a recent Bills practice and couldn’t help but have a flashback of the 2016 classic against Boise State, where the Cowboys defeated the No. 13-ranked Broncos for the first time in the famed “Safety Dance” game.

The Bills signal-caller also threw a go-route to Gentry and was immediately reminded of a UW game against UNLV. It all came back so quickly.

“I had this flashback … Just like that,” Allen said, snapping his fingers. “We’ve been here before. We understand each other.”

The trio accomplished a lot in their Cowboys careers, far beyond anything that shows up in a box score or a record book. Hollister and Gentry both got to UW before Allen, who transferred from Reedley College. The Cowboys were in a rough patch under then-newly minted head coach Craig Bohl. Gentry was recruited by former coach Dave Christensen while Hollister was a transfer from a junior college as well.

Neither knew what to expect when they saw Allen throw a football for the first time. But Hollister does remember watching a video of Allen from his time at Reedley and wondering what everyone else was missing. Allen actually showed him the video on his UW visit, as Hollister hosted Allen.

“I remember him showing me his highlight tape, one of the things being a sick hurdle,” Hollister said before being cut off by Allen, who shouted “loser” and then apologized for the interruption. “Right then and now I was like, ‘How are we the only team that’s offered this kid?’

Looking back and knowing what the whole world now knows about Allen’s arm-talent, it’s funny for Gentry to remember his first throwing session with Allen. Namely, that Allen refused to throw anything but passes showing off his arm.

“I’ll never forget. The first probably 10 throws were all go’s. He wouldn’t throw anything but a go route just so everyone there knew how far he could throw it,” Gentry said. “That got the wideouts really excited.”

Led by Allen, the trio led UW to a breakthrough 2016 campaign, where the Cowboys finished 8-5 and played in the Mountain West Championship Game. Gentry and Hollister were both NFL-bound following the season, but Allen stayed for another year and led another 8-5 campaign before becoming a first-round pick.

The 2016 Boise State game was, of course, a highlight for the Bills trio. But sticking out more than any single game or highlight-reel throw are their memories of Bohl, his sayings and lessons and of Laramie itself.

The topic of “Bohl-isms” sparked quite the discussion among the three.

“We were playing Oregon my sophomore year. It was when (Marcus) Mariota was there, they were obviously ranked pretty high,” Gentry said. “And (Bohl), right before we go out for the game, he says, ‘If you want to run with the big dogs, you have to be able to (urinate) in the tall grass.”

All three laughed in unison before Allen proceeded to do his best imitation of a Bohl pregame speech.

“Every speech before a game, the night before, he would end it with, ‘Get your fingers up men! There’s one piece of meat, there’s two ugly dogs!,’” Allen said before having to pause and compose himself. “But yeah, the ‘Big dog, (urinating) in the tall grass’ is one of his all-time ones.”

Fast forward a few years and about 1,500 miles east, and Allen had the opportunity to put on his general manager hat. He suggested that Bills management bring in his former teammates, banging the table hard for his fellow Pokes. He was in contact with both through text messaging and, when spots on the roster became available, Allen went to bat for Gentry and Hollister.

“(The Bills) asked me questions (about Hollister) like, ‘This is the guy that we want,’” Allen said. “And I’d just been begging for my guys, the front office, to bring in Tanner. And they finally listened to me, and I think it’s been paying off pretty good.”

In many ways, Buffalo reminds Allen, Hollister and Gentry of Laramie – it has that small-town vibe and doesn’t come with the pressures of being a celebrity. Its fans are passionate, and they live and die with each yard gained or lost.

The three still laugh about half-priced appetizer night Thursdays at Applebee’s (“I loved it. That was like my favorite,” Allen notes), of trips to Born in a Barn and of the Sledgehammer Pizza at Crowbar.

Being able to relive those Wyoming memories – as teammates in the NFL – in a place that reminds them of the Equality State? It doesn’t get much better than that.

Even if it’s still weird seeing No. 17’s face plastered around town.

“Us three, (there’s) a lot similar personality-wise. Just easy to get along with each other and hang out. (We’re) always on the same wavelength,” Gentry said. “(They’re) both great guys who know I cherish my friendship with.

“A lot of good memories.”