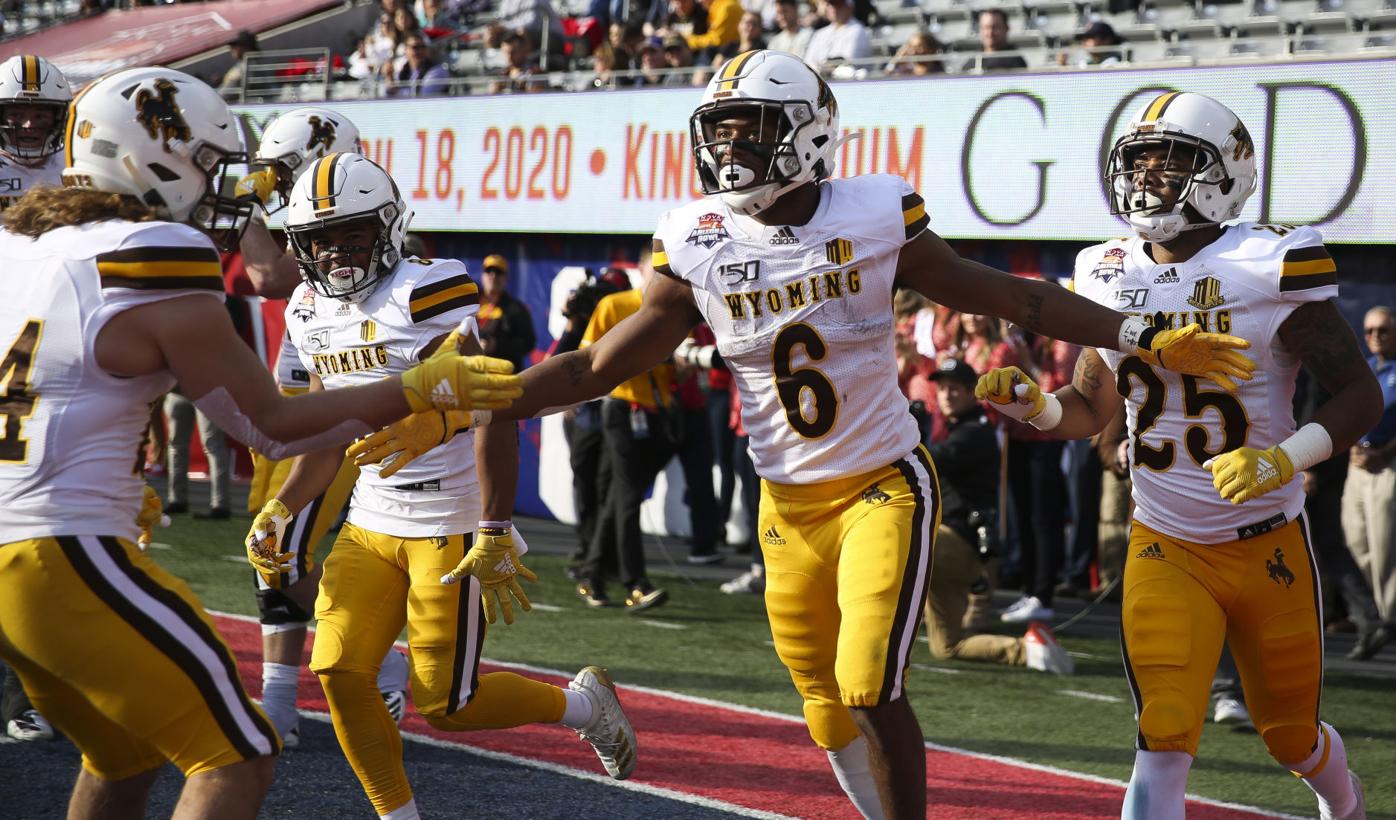 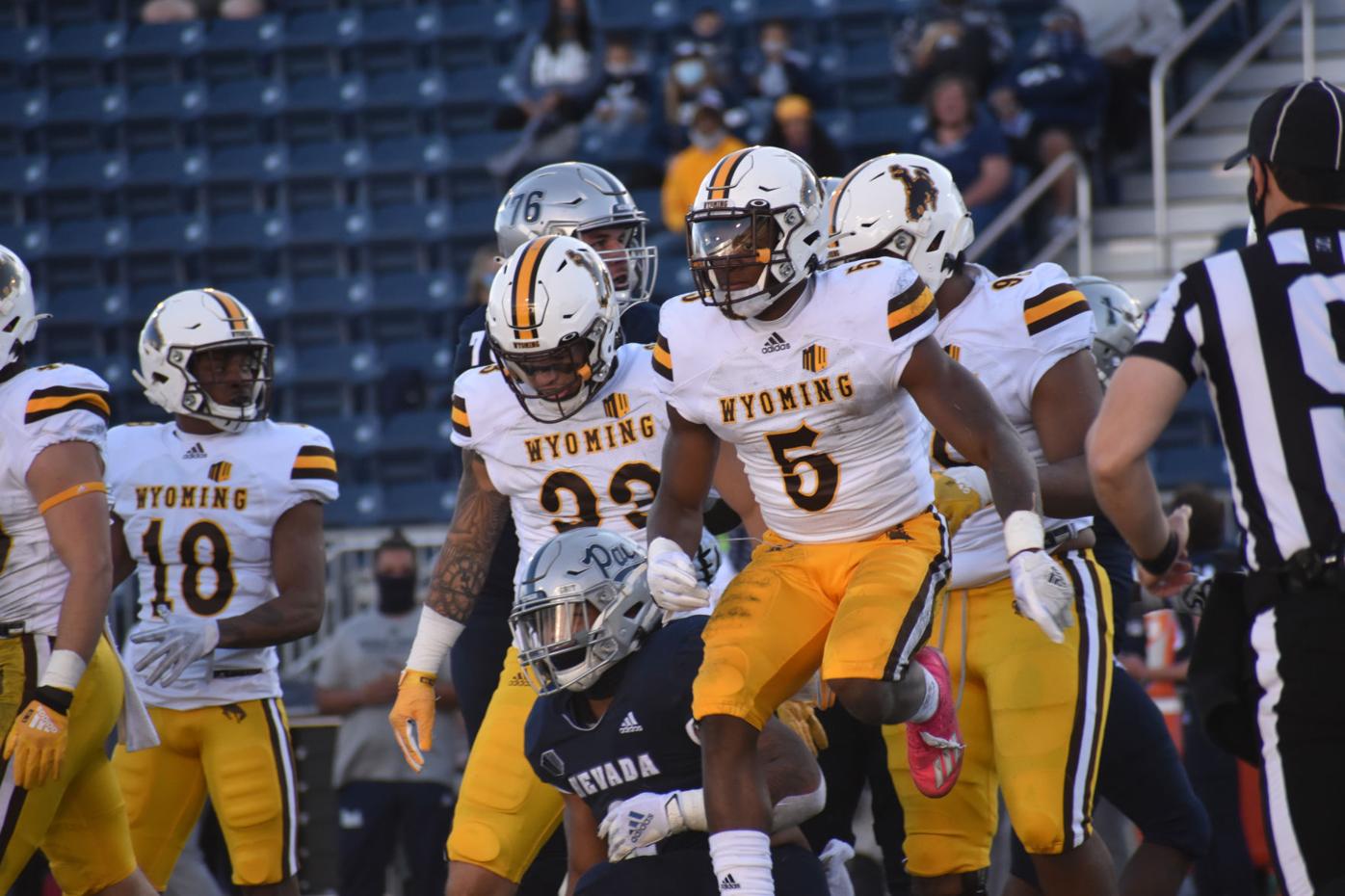 University of Wyoming strong safety Esaias Gandy, right, is one of the starting returners for the Cowboys this season. Gandy finished was the Cowboys’ second-leading tackler last season. 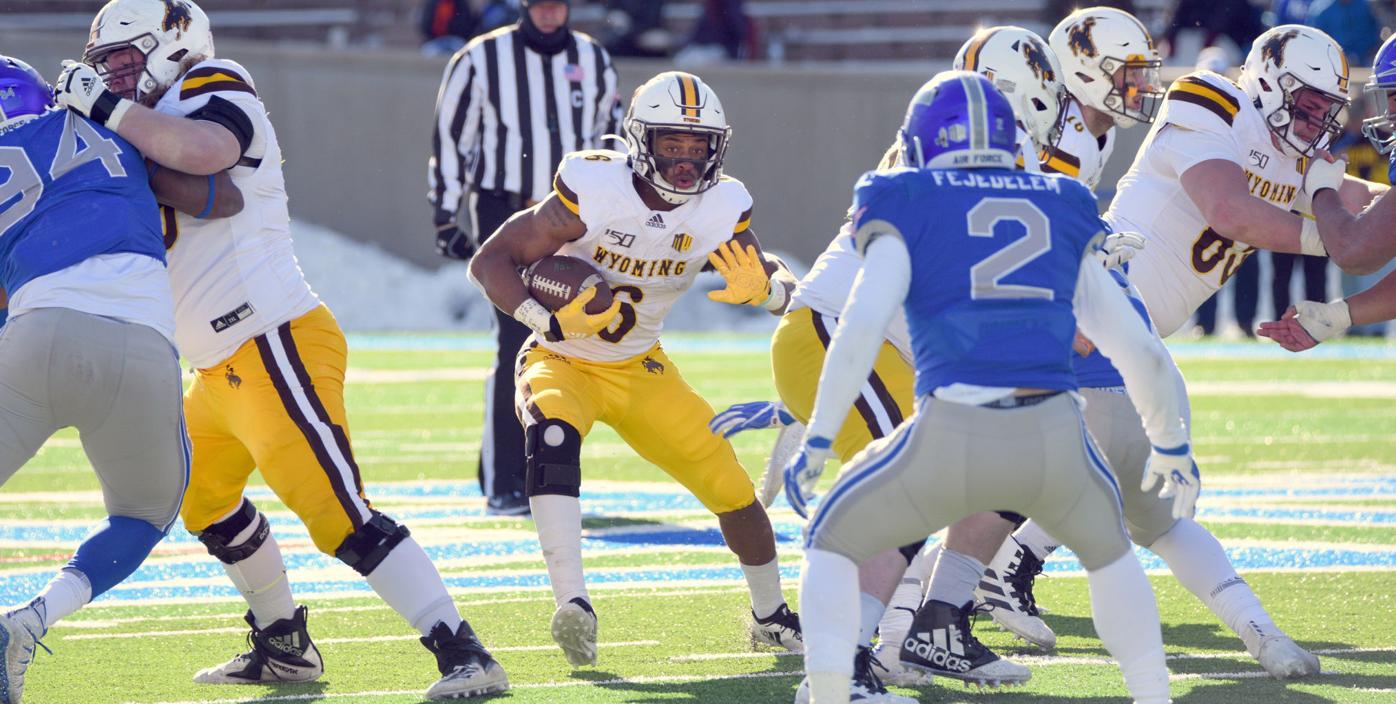 University of Wyoming strong safety Esaias Gandy, right, is one of the starting returners for the Cowboys this season. Gandy finished was the Cowboys’ second-leading tackler last season.

LARAMIE – There’s a short list of things University of Wyoming coach Craig Bohl is trying to get done this spring with his team. But toward the top of that list is putting 2020 in the rearview mirror, once and for all.

The Cowboys, who ended their abbreviated 2020 campaign with a 2-4 record, took to the field Tuesday for their first spring practice of the season and first such practice since 2019.

A year ago, spring football was canceled due to the COVID-19 pandemic. That eventually led into the season itself being postponed by the Mountain West in August before ultimately being brought back in shortened fashion in late October.

The season was a rollercoaster from start to finish, with the Cowboys losing to Colorado State for the first time since 2015. Also included was an overtime heartbreaker at Nevada and a stunning loss at underdog New Mexico.

While things still look a bit strange – all media sessions are still being held virtually, and practices are closed – Tuesday’s session was a big step toward what Bohl is hoping will be a far more routine 2021 campaign. The UW spring game will be held May 8 at War Memorial Stadium and is open to the public.

As opposed to last April when the uncertainty of an entire season hung in the balance, the only question on Tuesday was whether or not the weather would cooperate for an outdoor practice.

“Yesterday I was walking around, I thought I was in Tucson, Arizona. And today I recognized I was back in Laramie, Wyoming, when we had snow in the middle of spring ball,” Bohl said. “It’s good to be back here.

On the field, UW returns all of its starters on offense and defense from a season ago, largely due to the NCAA granting all players, including seniors, an additional year of eligibility. Also back in the fold are a number of key players that opted out of the 2020 season, including starting safety Rome Weber, defensive tackle Mario Mora and defensive end Solomon Byrd.

Perhaps most important is the addition of a healthy Sean Chambers. UW’s starting quarterback broke his leg on the first drive of the season at Nevada, an injury that the Cowboys’ offense never fully recovered from. Levi Williams took his place and threw just one touchdown pass in six games.

Bohl said Williams suffered a shoulder injury during the season that prevented him from having full mobility in his arm but is now healthy.

Chambers is also practicing with the team, and Bohl does not expect him to be limited this spring.

Donning No. 2 for the first time in his career after three years wearing No. 12, Chambers is ready to turn over his own new leaf.

“I feel just happy again to be back out there playing football, running around, throwing the ball,” Chambers said. “I feel healthy right now, and I feel happy. Good vibes all the way around.”

UW added a pair of coaches in the offseason in offensive coordinator Tim Polasek and offensive line coach Derek Frazier. Polasek takes over for longtime assistant Brent Vigen, now the head coach at Montana State, while Frazier takes over for Bart Miller, who is now the offensive line coach at the University of Illinois. North Dakota State’s A.J. Blazek was initially hired to replace Miller, but he departed for a job at Vanderbilt after less than a month at UW.

There are three main goals to accomplish during a typical set of 15 spring practices, Bohl said. Learning the new playbook and offense is only one of them.

“The first one is to evaluate our personnel, and we’ll do that daily through practice and videotape, and then grades on our scrimmages,” Bohl said. “The second goal that we have is to establish our fundamentals on our offense, our defense and our kicking game. And then the third thing is we usually integrate or experiment some new things.”

Bohl also said he is encouraging players to get a COVID-19 vaccination and that “a good portion” of the team already has, though it will ultimately be up to individual players to make that choice. All UW students are now eligible to sign up for vaccinations under Phase 2 of the Wyoming Department of Health’s criteria.

Linebacker Chad Muma, a first team All-Mountain West defender in 2020, couldn’t help but smile when looking around the practice field Tuesday afternoon at all of his teammates, some of whom hadn’t suited up for UW in more than a year. For the first time in what seemed like forever, the Cowboys are finally playing with a full deck of cards.

“It’s always nice to start our spring ball with a little snowfall out there,” Muma said with a laugh. “Getting back out there and getting everyone moving around, (it) definitely feels like we’re getting back to normal.

“It was nice finally to be able to get back out there.”