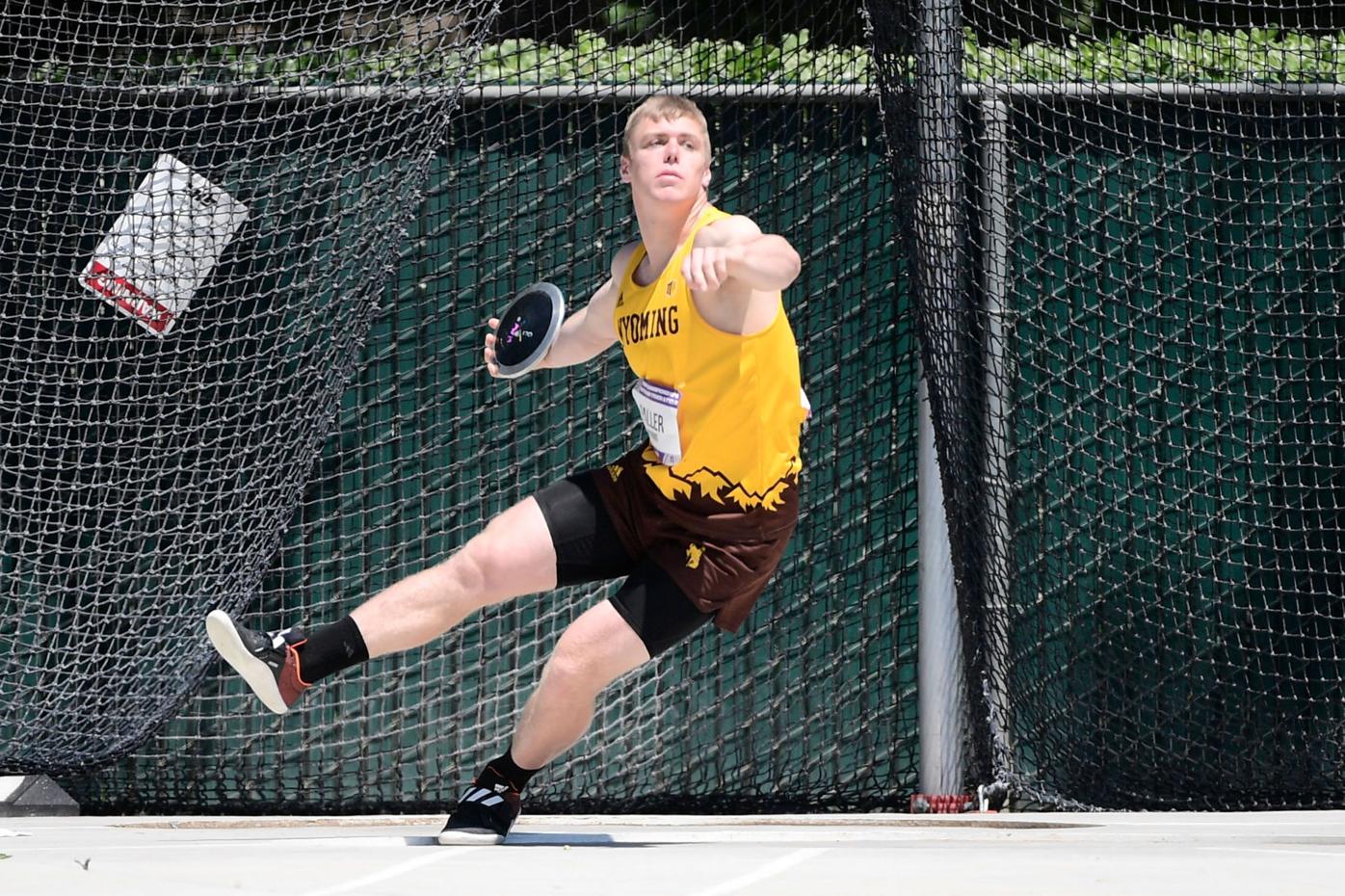 University of Wyoming senior discus thrower Colton Paller will compete at the NCAA Championships starting Wednesday in Eugene, Oregon. Paller earned a spot at the meet by placing 10th with a mark of 185 feet, 10 inches at the NCAA West qualifying meet. Timothy Nwachukwu/NCAA photos 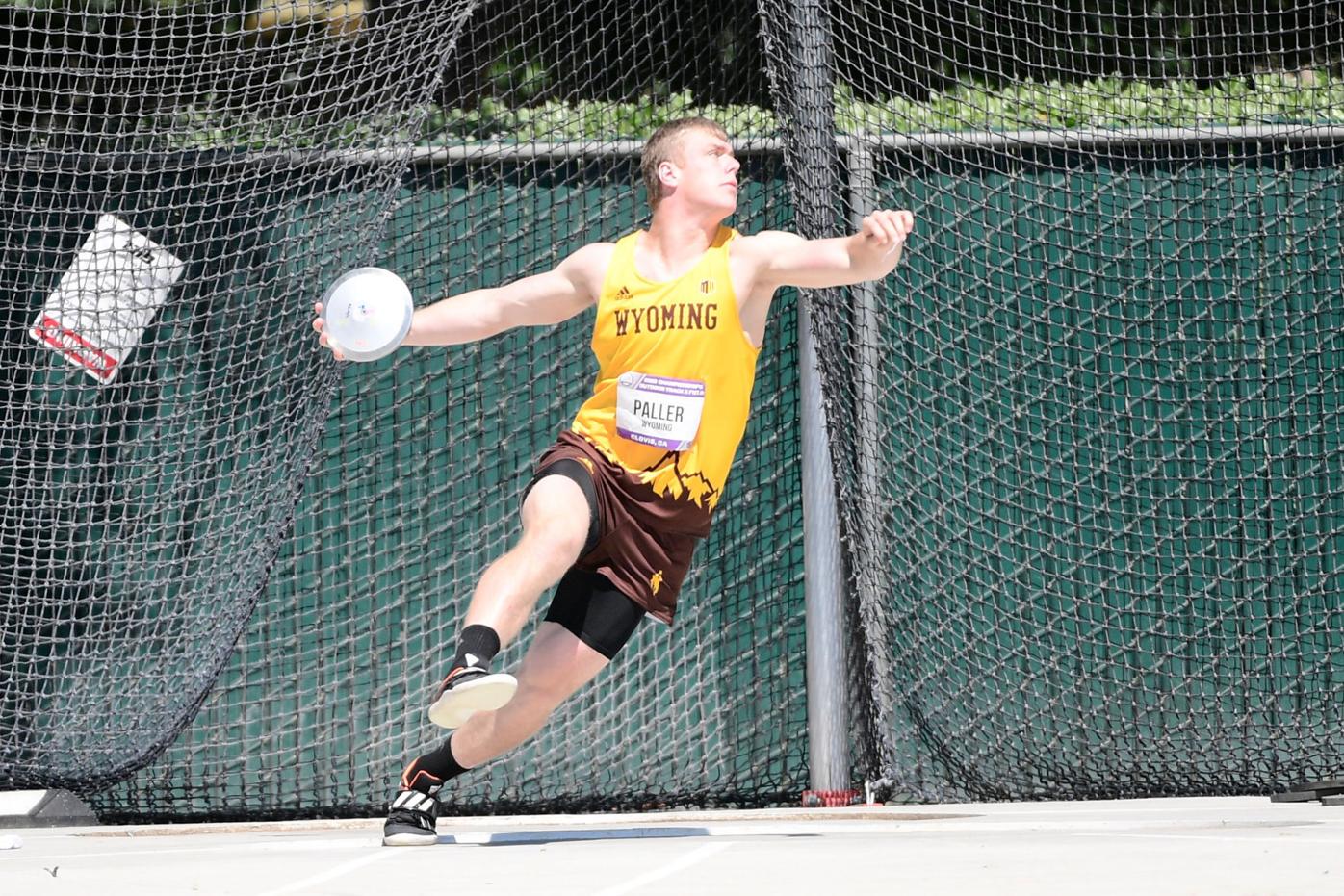 University of Wyoming senior discus thrower Colton Paller will compete at the NCAA Championships starting Wednesday in Eugene, Oregon. Paller earned a spot at the meet by placing 10th with a mark of 185 feet, 10 inches at the NCAA West qualifying meet.

University of Wyoming senior discus thrower Colton Paller will compete at the NCAA Championships starting Wednesday in Eugene, Oregon. Paller earned a spot at the meet by placing 10th with a mark of 185 feet, 10 inches at the NCAA West qualifying meet. Timothy Nwachukwu/NCAA photos

University of Wyoming senior discus thrower Colton Paller will compete at the NCAA Championships starting Wednesday in Eugene, Oregon. Paller earned a spot at the meet by placing 10th with a mark of 185 feet, 10 inches at the NCAA West qualifying meet.

LARAMIE – No matter how many people told him he’d never do it, University of Wyoming senior thrower Colton Paller isn’t surprised he stood atop the podium at the Mountain West championships last month in California.

When you work as tirelessly as he has, it’s only a matter of “when,” not “if.”

Things have never come particularly easy for Paller, originally from Shelton, Washington. He weighed about 140 pounds as a high school freshman, and never had that huge growth spurt benefiting so many young athletes. He grew gradually, but not enough to the point where colleges wanted to take a chance on him and his potential.

Paller went to Olympic College and won discus in the Northwest Athletic Conference. His junior-college coach sent emails to Division I coaches around the country; most of them never wrote back, Paller said.

In the recesses of his mind, Paller always told himself he could compete at the highest level and be a conference champion, even during those moments when seemingly no one else shared that faith.

UW believed in Paller, and it has paid off handsomely.

Paller placed third in the shot put at the conference championships and won discus with a personal-best throw of 189 feet, a mark that put him sixth on UW’s all-time list. A few weeks later, Paller hit the qualifying mark in discus at the NCAA West preliminaries, earning him his first trip to the NCAA Championships, which start Wednesday in Eugene, Oregon.

All his life, Paller has been told he wasn’t good enough. It’s motivated him and is a big reason he’s become one of the best college throwers in the country. Paller is the only UW representative at the NCAA Championships this season.

“Any time I’ve been overlooked, I always thought in my mind, ‘I deserve to be a Division I athlete,’ or this or that … (but) not everyone is going to agree with you,” Paller said. “I just use that kind of stuff as fuel, just to even work harder.”

During his first year as a Cowboy in 2018-19, Paller had a career-best discus throw of 173-6. His throw to win the MW was nearly 13 feet farther. How does one improve that much in a relatively short period of time?

As with everything in his life, Paller worked for it.

When he was a skinny high school freshman, Paller said he probably threw the discus about 100 feet, at the most. He was admittedly not very good. In his first year at UW, he placed fourth in discus at the MW championships. These moments of perceived failure, of not being where he thinks he should be, have always been motivators.

Paller thinks that mentality came from his high school wrestling career, where he took every loss personally.

Despite his confidence (he said he came to UW knowing he would one day be the MW champion), Paller has always maintained a humility that forced him to keep working. He is “an obsessed person,” he said with a laugh.

Was Paller’s confidence that he could win the MW unfounded based solely on his previous results? Perhaps. But his mindset has always been that, if you are going to do something, you plan on emerging victorious.

“If you’re not coming to a school and you don’t want to win, I don’t know why you’d even participate,” Paller said.

When the 2020 outdoor track season was canceled due to COVID-19, it was clearly disappointing for Paller and his teammates. But, in some ways, it was a blessing in disguise. It allowed him to focus on honing his craft. Specifically, he worked on his technique with throwing coach Carrie Lane.

Without getting into too much technical mumbo-jumbo, Lane “completely revolutionized” Paller’s mentality and the way he approached his throws. It’s not the first time his form has been broken down and rebuilt from scratch, either: it happened when he was a 140-pound teenager, and it happened once again at Olympic College.

That’s part of why Paller gravitated toward throws as his track event – knowing where you currently stand, making adjustments and seeing that progress laid out in precise feet and inches is like walking up a set of stairs, he said. Getting to the next stair takes tons of hard work and perseverance. But once you take a step, you want to keep taking more.

And with each stair successfully climbed, confidence soars. Because in his heart, Paller knows that not everyone is trying to make the same strides he was.

“I just never stopped,” Paller said. “I knew I was working harder than everybody else. I knew I had started making breakthroughs.”

Heading into the NCAA championships, Paller said he is remaining calm. Earlier in his career, he admits he might have been shellshocked or intimidated by all of the great competition from premier programs.

But Paller knows he’s put in the work to stand shoulder-to-shoulder with the great ones. He knows he belongs.

“The road getting here wasn’t what I thought it was going to be, but I’m not surprised. You would never say, ‘This kid is going to be a national qualifier or champion’ or anything like that. I was a pretty skinny kid,” Paller said. “(But) you just have to know. Once you determine in your mind that you’re going to do something … you aren’t going to get knocked off.”