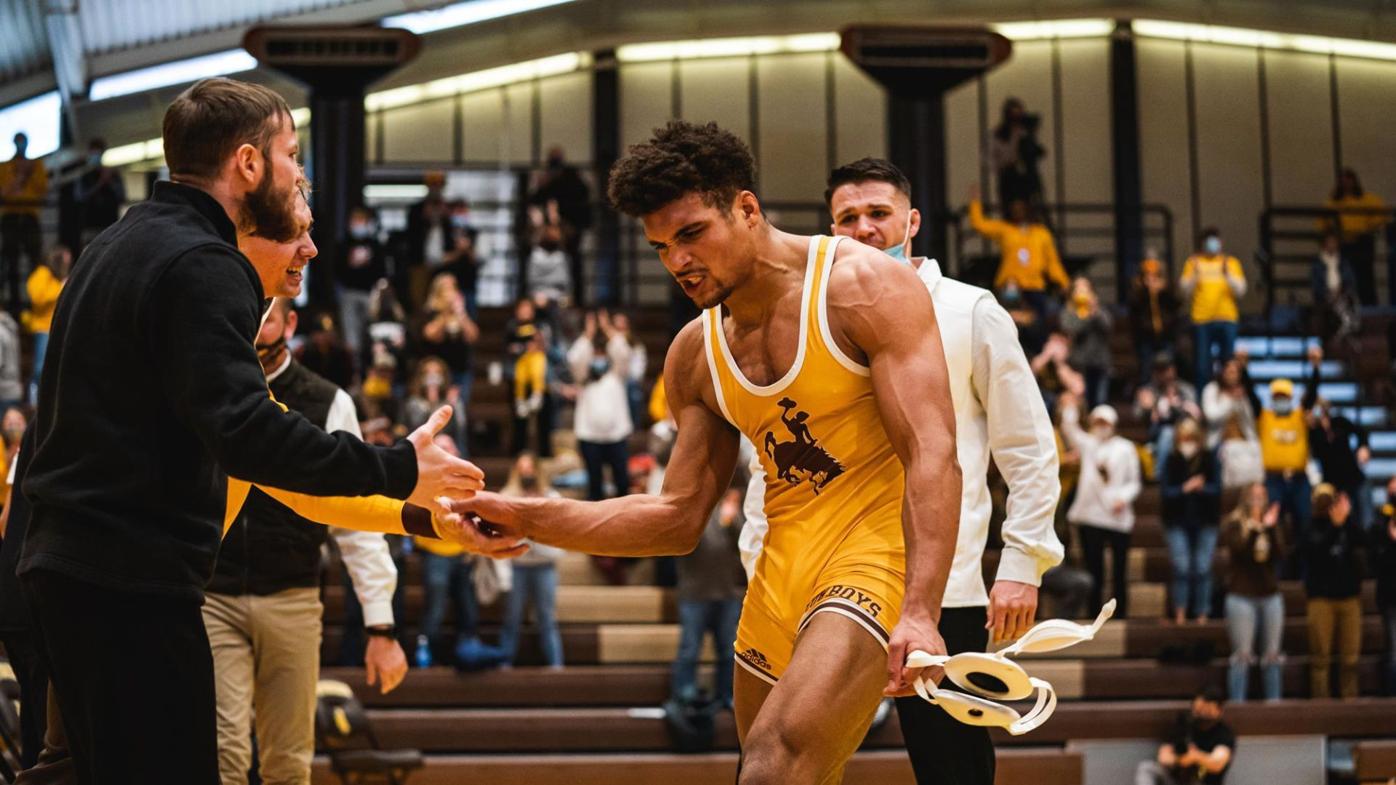 University of Wyoming sophomore wrestler Stephen Buchanan celebrates after his upset of West Virgina’s Noah Adams Saturday at UniWyoSports Complex. Buchanan entered the 197-pound match ranked No. 14 in the nation and Adams was No. 1. 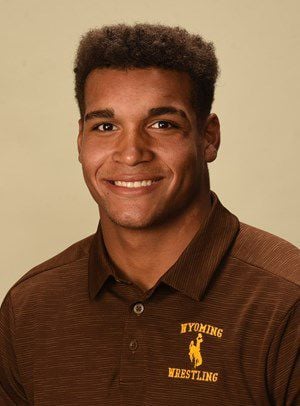 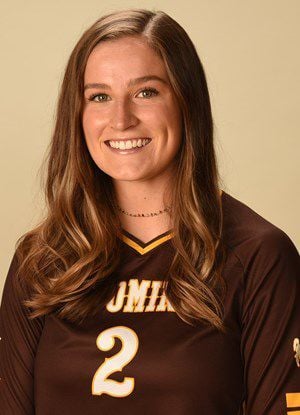 University of Wyoming sophomore wrestler Stephen Buchanan celebrates after his upset of West Virgina’s Noah Adams Saturday at UniWyoSports Complex. Buchanan entered the 197-pound match ranked No. 14 in the nation and Adams was No. 1.

University of Wyoming wrestler Stephen Buchanan notched one of the biggest wins so far in his collegiate career Saturday afternoon in the UniWyo Sports Complex.

Buchanan, ranked No. 14 in the nation, notched his upset in front limited home fans when he defeated the nation’s top-ranked wrestler Noah Adams from West Virginia with an 8-7 decision at 197 pounds.

Buchanan earned a reversal in the second period to take a brief 3-2 lead before Adams took control in the third period. Buchanan then scored two takedowns in the final 30 seconds to earn the win and to give UW a 12-0 lead in the dual.

Buchanan became the first Cowboy since Bryce Meredith defeated the top-ranked wrestler in nation when Meredith stopped Oklahoma State’s Dean Heil on Dec. 19, 2017, during a 141-pound match at Storey Gym in Cheyenne. Meredith halted the two-time NCAA champion’s 55-match winning streak at the time with a 2-1 sudden victory.

“We came out and wrestled pretty well against West Virginia.” UW head coach Mark Branch said. “Obviously the huge upset at 197 was great. That really got the ball rolling for us in the dual.”

Hastings opened the dual against Arizona State with a fall against Austin Clayton in 1:03. Samuelson followed with a 2-1 decision in the tie-breaker period against Cade Belshay. Wright also won by forfeit.

Buchanan could come up with another upset when he was pinned by Arizona State’s Kordell Norfleet (No. 4) in 1:43.

The Cowboys will next travel to Oklahoma State for the Cowboys Challenge tournament Feb. 14 in Stillwater, Oklahoma.

UW’s Jackie McBride helped provide the spark in the fifth set when she recorded a trio of aces and had a pair of kills during the run. The Cowgirls scored the final five points of the match. Her five total aces were a career high.

McBride was also second on the team with 11 kills while recording a match-high .455 hitting percentage. KC McMahon led the Cowgirls with 15 kills and Faith Waitsman chipped in with nine kills and a career-best 13 total blocks, the first double-digit block output of her career.

Naya Shimé and Hailey Zuroske each added six kills in the win, while Shimé, in her Cowgirl debut, also had nine blocking assists. Zuroske had nine digs on the night. Erika Jones led the back row with 15 digs against the Aggies and Kaitlyn Gehler added 12. Kyra Slavik recorded her fourth career double-double in the victory as she led the way with 40 assists while also adding 10 digs.

The Cowgirls (2-0) used a well-balanced attack to record a .258 hitting percentage and were led by Zuroske’s eight kills. Shimé added seven in the win, while McBride, McMahon and Waitsman added six kills each. Waitsman hit .500 in the match and had three block assists. McBride tallied a match-high five blocks.

Slavik led the Cowgirl attack with 31 assists and added six digs and a pair of blocks. Gehler led the back row with 15 digs. The Cowgirls’ tallied eight service aces to Utah State’s four.

Next up for the Cowgirls will be a two-match home showdown against New Mexico beginning at 6 p.m. Friday, Feb. 12. The second match is slated for 11 a.m. Saturday, Feb. 13. It will be UW’s first home matches since December of 2019.

Dunkleberger, from Rock Canyon High in Highlands Ranch, Colorado, is the third signee and will join Maria Farnum and Kyla Wilde in the fall of 2021.

“I am excited and very appreciative to have Grace join us next fall,” Stender said in a news release. “She fits perfectly within our culture as she is a high achiever in all she pursues. She has tremendous athleticism and work ethic, which has positioned her as one of the top graduates of 2021 Colorado junior and high school golf.”

Dunkelberger is a first team All-State selection in 2019 and placed eighth at the CHSAA 5A state championship. In 2020, she had a scoring average of 73.84 along with finishing first at the JGAC Tour event with a two day total of 140 and third after a round of 71 at the AJGA Sung Huun Park event in Montana. She also helped her high school team to back-to-back conference championships and a regional championship during her sophomore year.