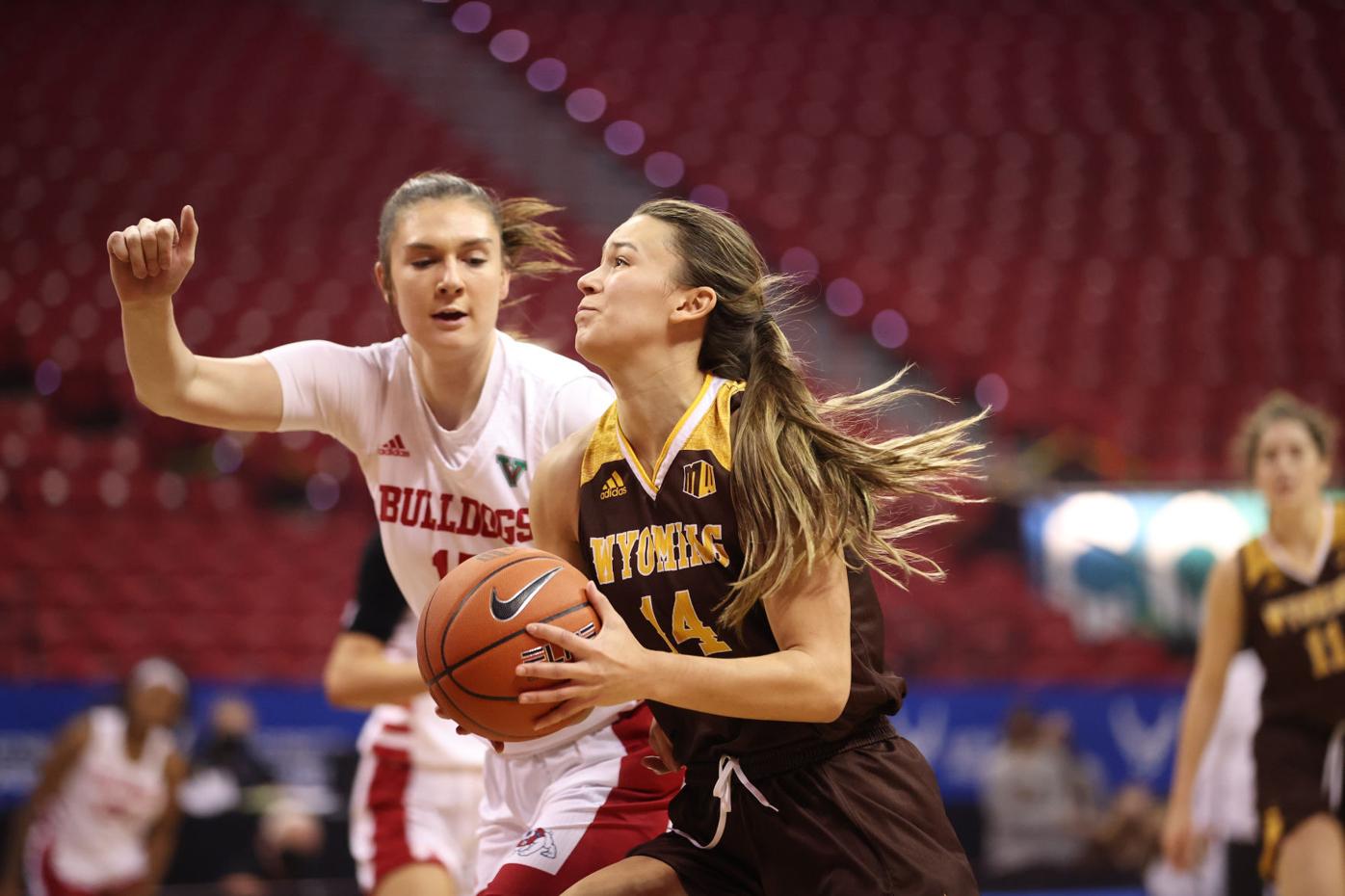 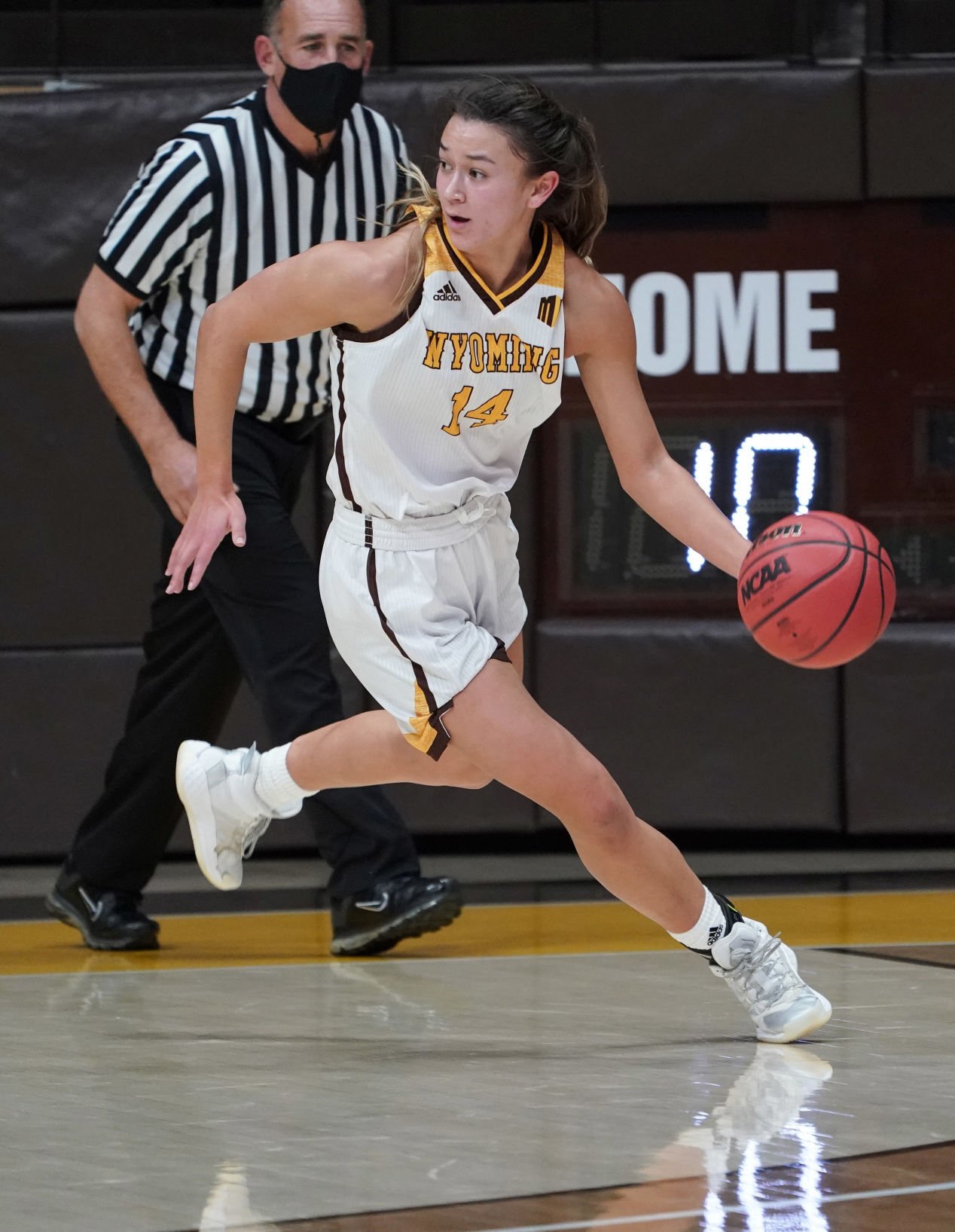 Quinn Weidemann was named Most Valuable Player of the Mountain West conference tournament and helped lead the Cowgirls to its second NCAA tournament appearance in program history. Troy Babbitt-UW Media-Athletics

Quinn Weidemann was named Most Valuable Player of the Mountain West conference tournament and helped lead the Cowgirls to its second NCAA tournament appearance in program history. Troy Babbitt-UW Media-Athletics

CHEYENNE – Heading into the Mountain West conference tournament, the University of Wyoming women’s basketball team was uncertain of how it’d perform.

The Cowgirls were coming off a stretch of exactly three weeks between games that included five canceled contests because of COVID-19 issues in opposing programs.

“Everyone was a little bit nervous (going into the MW tournament),” junior Quinn Weidemann said. “But, honestly, it was one of the better things that could have happened. We regrouped, we came to practice, we were focused and came ready to play. We were definitely nervous, but it helped us in the end.”

Weidemann was more than ready to play entering the tournament. The 5-foot-9 guard averaged 13.5 points over the course of the Cowgirls’ four tournament wins and shot 48.5% from the field. And as she almost always is, Weidemann was provided with the task of guarding the opposing team’s best perimeter player.

Her performance through those four games was a big reason why the Cowgirls won their first MW tournament title and earned only their second trip to the NCAA tournament in program history, and first since 2008. It also earned Weidemann most valuable player honors for the tournament, another first for the UW women’s basketball program.

“When you put together four successful games like she had, that’s pretty amazing,” Cowgirls coach Gerald Mattinson said. “She, once again, had the task of guarding the best perimeter players on all of those teams … she had an excellent tournament. I thought she scored the ball, and I thought she was very deserving of that award.”

An all-defensive selection in the MW this season, Weidemann is the anchor of a Cowgirls defense that finished the season as the No. 1 scoring defense in the conference, giving up a mere 57.8 points per outing. That defense was nothing short of impressive throughout the conference tournament, allowing an average of 22.3 points less than what its opponents score on average.

The defense will continue to be key for the No. 14-seeded Cowgirls in their first round NCAA tournament matchup with third-seeded UCLA.

While Weidemann received the MVP award, she knows it’s a credit to the team and how they were able to put together four consistent performances.

“I was really honored, but that MVP trophy represented our team as a whole,” she said. “I got the trophy, but that trophy was a representation of our entire team and how we played the entire tournament.”

“We played collectively as a team, and every single game, everyone stepped up in their own way. Every single person came to play,” Weidemann said. “The way we won it made it even more special.”

The Cowgirls’ offense struggled throughout the regular season at times. They went through scoring droughts that haunted them down the stretch of games. It’s always best to be playing your best in March, and it’s safe to say that’s when the Cowgirls started playing their best.

“Our team has came a long way throughout the season in both offense and defensive aspects.”

It’ll be 11 days removed from the magical run UW had while becoming the lowest-seeded team to ever win the MW conference tournament as a seventh seed.

Going against the ninth-ranked team in the country in UCLA, the Cowgirls are hoping their magic that found them in Las Vegas has made its way with them to Texas.

“We need to come focused, but we need to play loose and play our game,” Weidemann said. “It’s really going to be a challenge, but I hope we can get it done.”

UCLA (16-5) is currently on an eight-game winning streak in the first round of the NCAA tournament and has reached the Sweet 16 the previous four seasons. Senior Michaela Onyenwere earned third-team All-American honors for the Bruins, and is a former teammate of Cowgirls freshman Landri Hudson. Both played at Grandview High in Aurora, Colorado.

Onyenwere paces the Bruins with 18.7 points per contest and pulls down 7.3 rebounds per contest.

The Bruins lost in the Pac-12 tournament championship game to Stanford 75-55, earning them an at-large bid in the NCAA tournament.

On March 14, 1987, the Wyoming men’s basketball team defeated UCLA 78-68 in the second round of the NCAA tournament to advance to the Sweet 16. Seventeen years later, the Cowboys beat UCLA on the gridiron in the 2004 Las Vegas Bowl.

Now, seventeen years later, in 2021, the Cowgirls will see UCLA in the first round of the NCAA tournament.

It would only be fitting if Wyoming, again, comes out victorious.

“One of the things we keep talking about is you got to respect these guys,” Mattinson said. “There’s no doubt they’re a very, very good team, and they’re where they’re at for a reason. But you can’t fear them. You can’t do that with anybody.”